We had the good fortune of connecting with Scott Langer and we’ve shared our conversation below.

Hi Scott, what role has risk played in your life or career?
Bet on yourself, and bet like you’re out of options. You have something and you believe in it, why wait on someone else to give you the thumbs-up? As a screenwriter and producer, I’ve grown to realize that no one will care as much as you. My un-comfortability with others dictating the timeline of my projects drove me towards producing my own material.

I woke up at 4AM on March 19, 2020 paralyzed by the idea that the world was burning and I had no place in it. I knew 2 things: I need a lot of money to take my TV pilot Die Pretty from page to screen and I want it produced by a production company I run.

There are these moments where I am oddly patriotic that come into play with my risk-taking. One is that I saw all the financial markets had crashed after COVID hit, and believing in American resiliency, I invested $2800 (half of my money at the time).

And two, I thought of the wisdom of Bobbie Barrett from Mad Men- “This is America; pick a job and then become the person that does it.” I thought of how there is not one non-profit Film Production company that hires people in recovery for their projects. There you go, that’s my new job- Founder and President of Ninety90 Pictures.

By October 2021 I had turned $2,800 into $30,000, was running a 501c3 nonprofit organization, and cameras were about to roll on Die Pretty. The money I had invested plus my savings and donations to a cause people supported is why Die Pretty is about to start its run at Film Festivals.

Risk is about timing, and no time is better than when your strong belief in yourself is surrounded by chaos, uncertainty, doubt, and rejection. 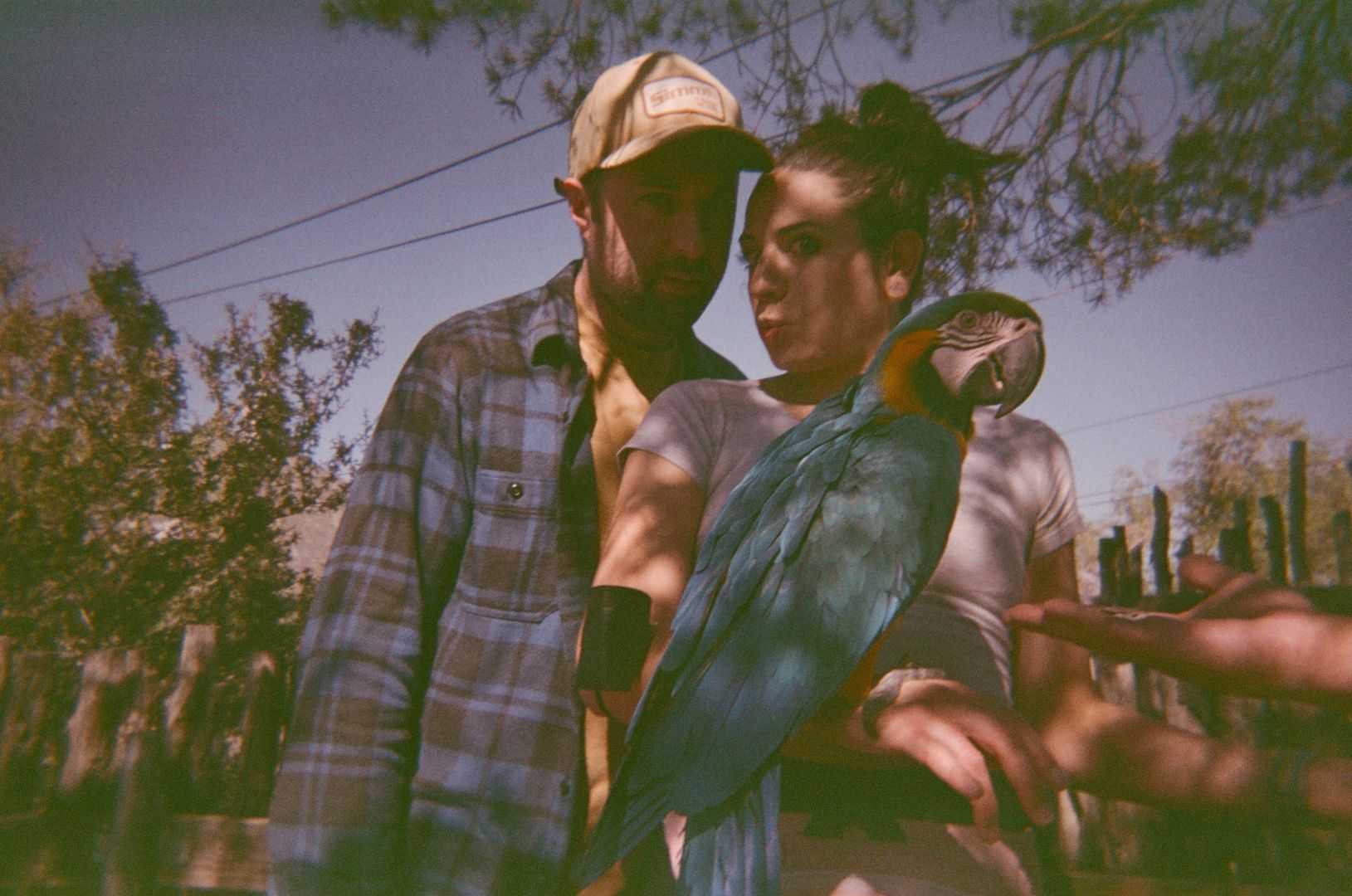 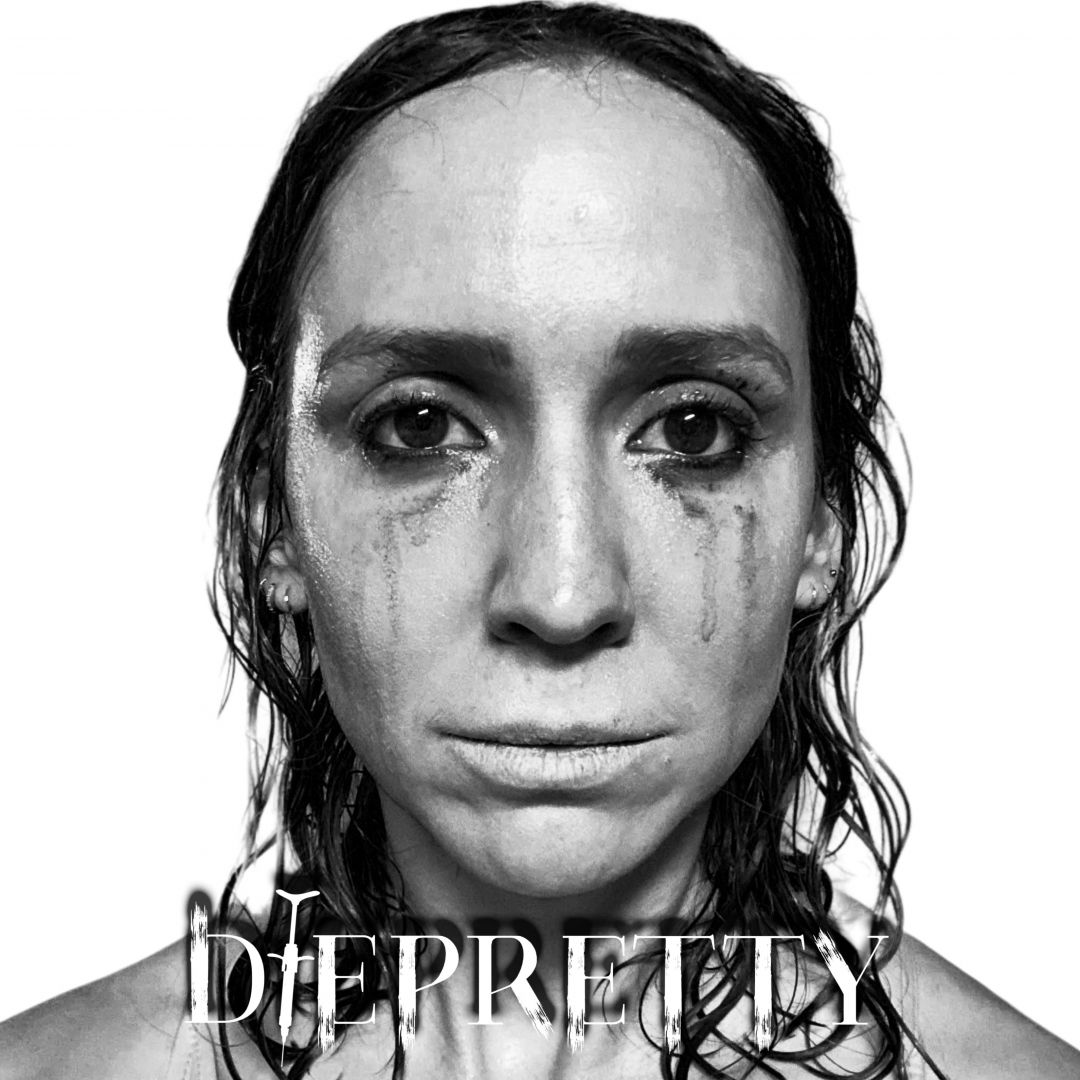 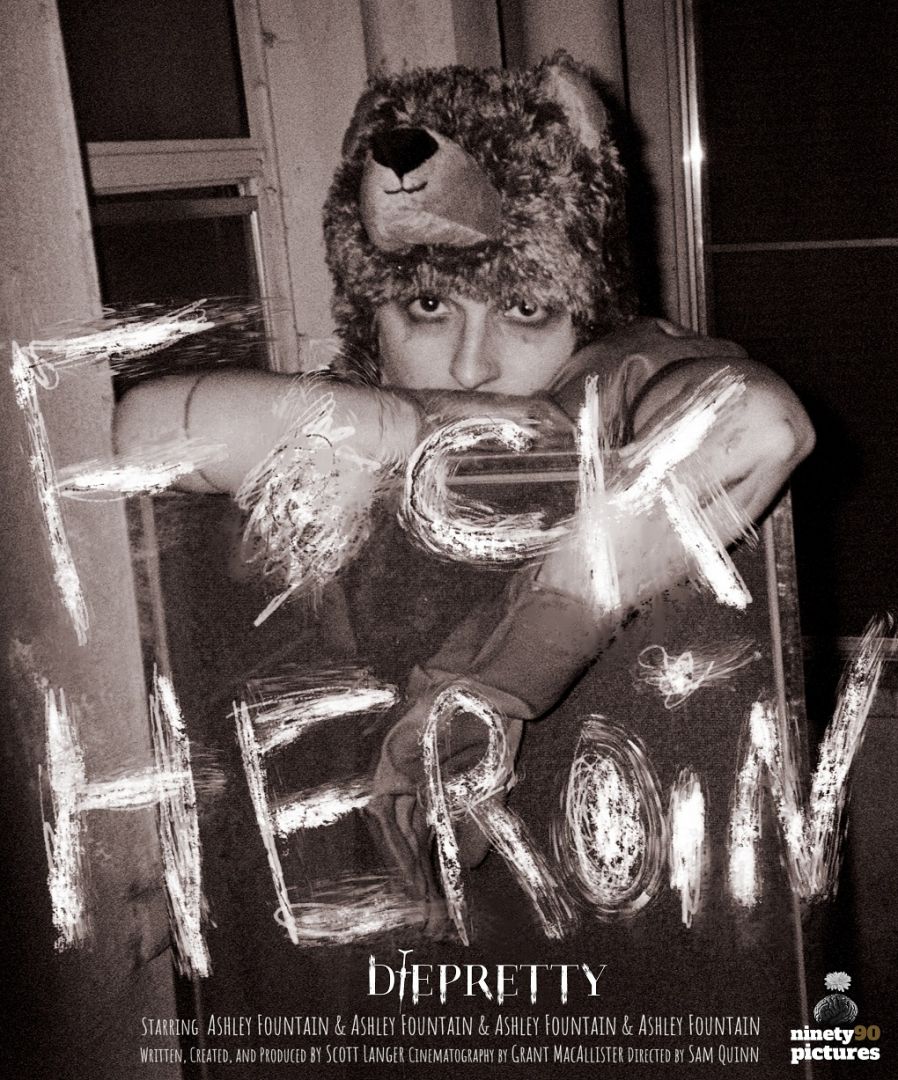 Let’s talk shop? Tell us more about your career, what can you share with our community?
After college, I lived in Brooklyn, NY for 9 years. I romanticized being the hard-drinking, drug-using writer. It wasn’t cool, it wasn’t sexy, and most importantly I was not productive. Don’t waste time. Whatever your craft is, work it. Tying my identity to destructive things derailed my art, not enhanced it. In the last 5 sober years of my life, I wrote and produced two plays and a TV pilot. In the previous 11 alcohol-soaked and drug-induced years I wrote a couple of half-baked scripts and produced 1 play.

The hardest thing I have ever done was learning how to be a sober artist, but once I did, I realized it wasn’t just productivity that was bettered, but also the writing itself. I became more in touch with my own emotions and now create works that have a universality to them.

All I want to do is create art that easily pivots between all the hilarious and simultaneously painful moments we all experience. While I studied film and have written 3 stage plays, my current focus is writing for TV. It’s where the greatest stories are being told right now, and I want to be part of it.

Any places to eat or things to do that you can share with our readers? If they have a friend visiting town, what are some spots they could take them to?
I have a pretty tried and true agenda for visitors, with prepared places for whatever they are feeling.

Coffee: Pluma (DTLA) to get a café to olla. It’s the best coffee I’ve ever had and I don’t care about coffee. I’d be happy with Nescafe.
Breakfast Sandwich at Eggslut at Grand Central Market (DTLA)
Grab a meatball and ricotta slice at Danny Boy’s Famous Original Pizzeria (DTLA)
Walk around Santee Alley to see the madness of this enormous daily flea market.
Get them a drink at Cole’s or Seven Grand
Dinner at Bestia. There isn’t a better restaurant in the city.

Pick up Pastrami Sandwiches at Langer’s Deli. I’m not related to them. It tastes the closest to Katz in NYC.
Matador Beach in Malibu! It used to be more of a secret, let’s pretend it still is and no one is there.
Malibu Seafood for a late lunch on the side of the PCH. Fried fish overlooking the ocean at good prices. One of my favorite places on earth.
Late Dinner at Fred 62 to get some burgers and a pineapple Oreo milkshake. It’s not on the menu but if you ask nice they’ll do it.
Go across the street to house of pies and get an incredible banana cream pie. An entire pie is like 17 bucks. They don’t even cut the bananas, they just toss ’em in whole! Makes me laugh every time.

Hike from Fern Dell nature trail up to Griffith Park Observatory. It’s less crowded from that starting point. Say hello to the observatory and Hollywood sign, then move on with your life.
Swan boats at Echo Park Lake! I’m a sucker for them.
Arcade games , drinks, and food at Buttonmash or K-BBQ at Quarter’s.
If they need tacos, I’ll take them to Chiquis Taco Truck located in the parking lot of a gas station next to The Three clubs. But I prefer Nashville Hot Chicken over tacos and I like Tennessee Hot Chicken in Highland Park or Red Chickz in DTLA. People will say Howlin’ Rays, but I like those other two more.

We can knock this out in 3 or 4 days and wing the rest of the week if they are staying any longer. 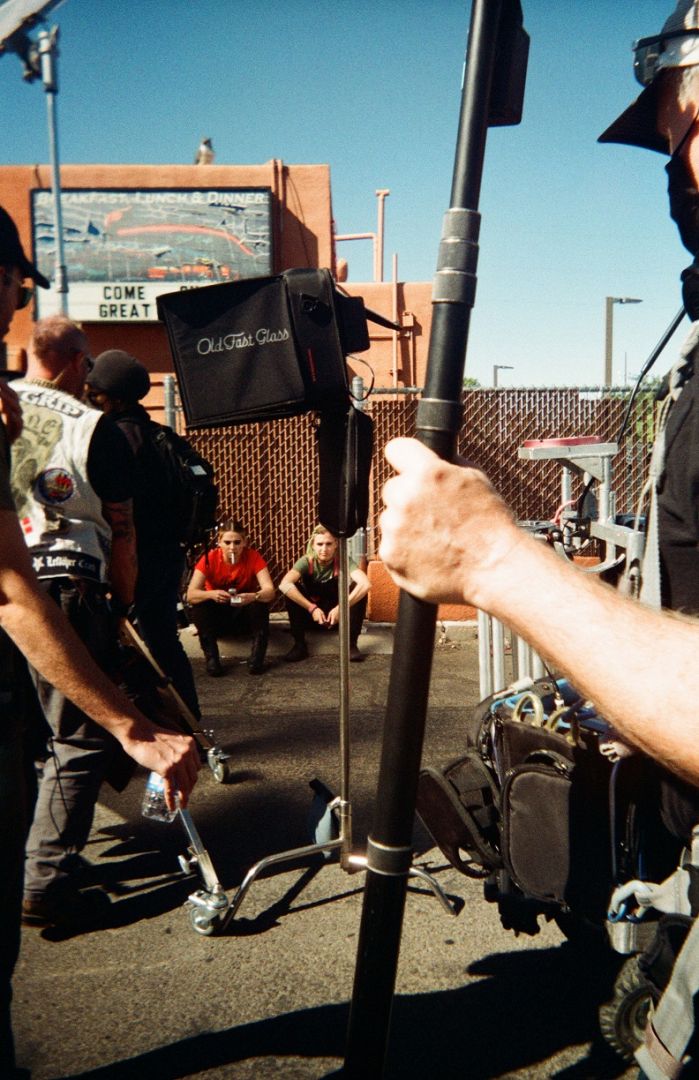 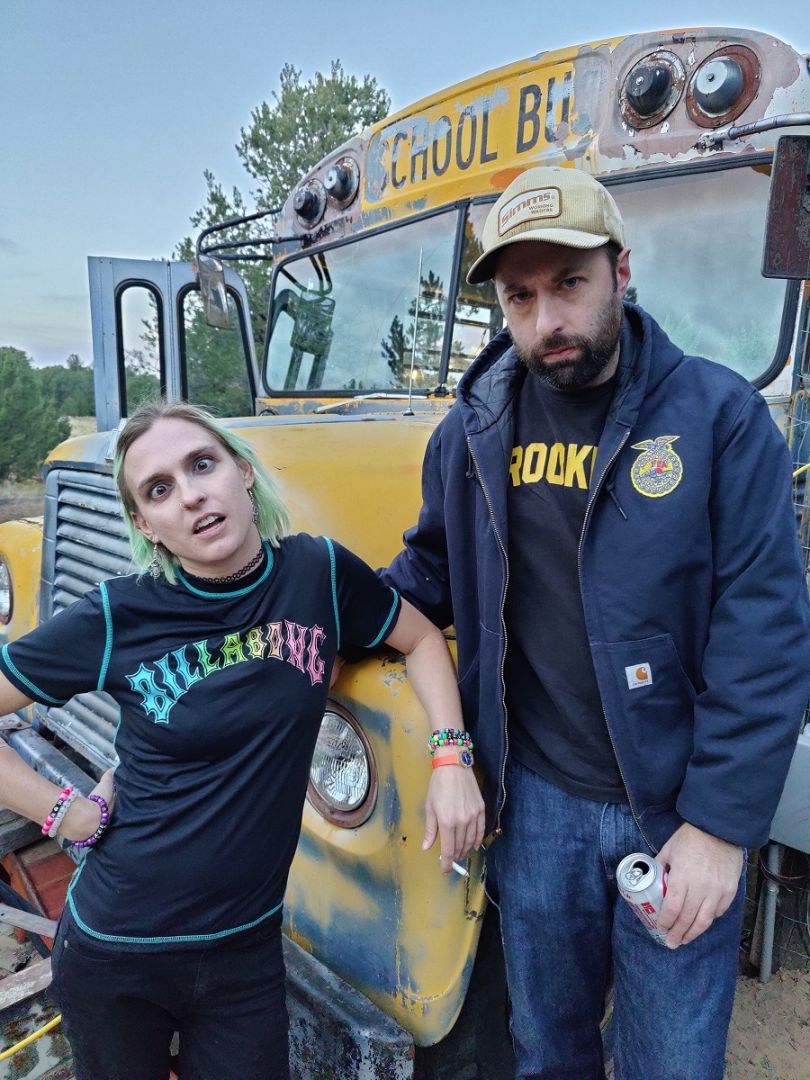 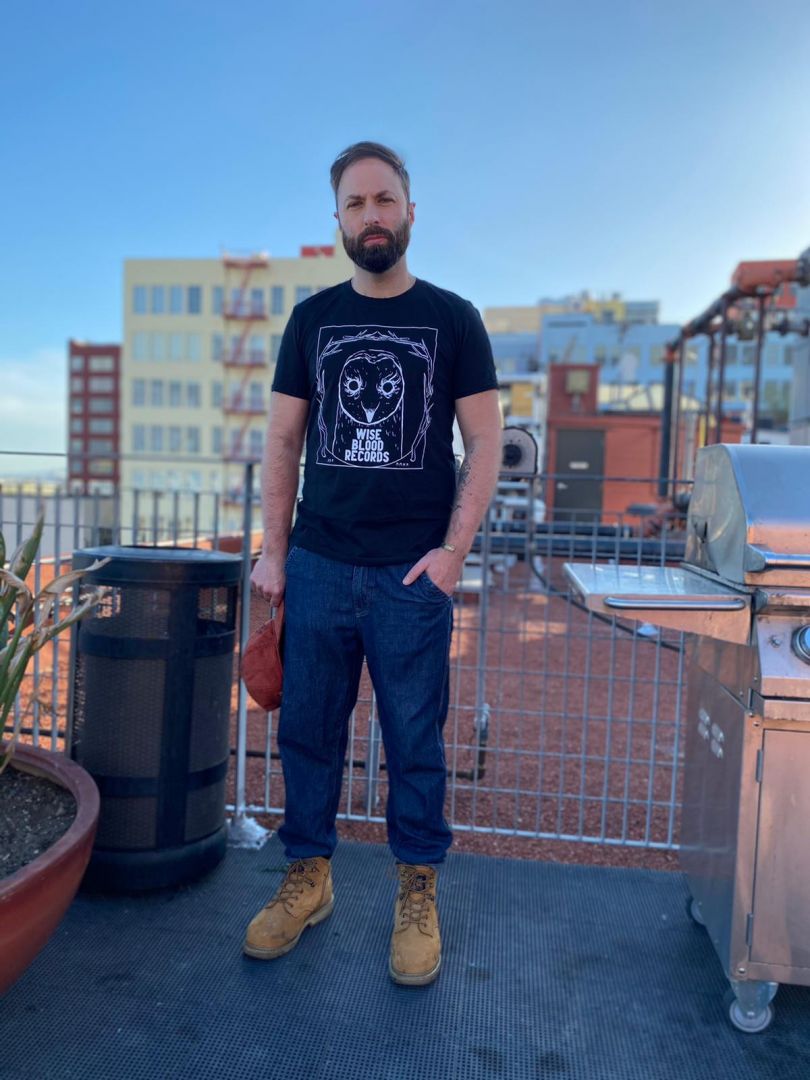 The Shoutout series is all about recognizing that our success and where we are in life is at least somewhat thanks to the efforts, support, mentorship, love and encouragement of others. So is there someone that you want to dedicate your shoutout to?
My fiancé Rachel allowed me to write about her. It was peak COVID lockdown in 2020 and she discussed the most intimate and painful details of her life with me so that I could accurately tell her story. Without her reliving past traumas and her effortless ability to be heartbreaking and hilarious at the same time, Die Pretty does not exist.

Rachel reminded me that there is nuance in addiction, that it is not just one steady note of sadness, but rather it can be funny right before it turns pitch black. I fully credit Rachel’s love, support, and her life itself for my current and future successes.