We had the good fortune of connecting with Scott Marshutz and we’ve shared our conversation below.

Hi Scott, what’s the most important lesson your business/career has taught you?
Without a doubt, the most important lesson I learned early was: Maintain good relationships with your financial institutions. Pay your bills on time and don’t over extend your credit. And this philosophy carried over once I launched my small production company in 2017. Prior to that, I started a small LLC, which was essentially a company for several products I was selling. It laid the groundwork for what I’m doing now. With a proven track record at three financial institutions, I have direct access to bankers and securities brokers who return my calls usually the same day, are willing to entertain my ideas and help me as much as they can. These relationships help me sleep at night, and they are a huge part of why I’m able to do what I want to do now: produce films. 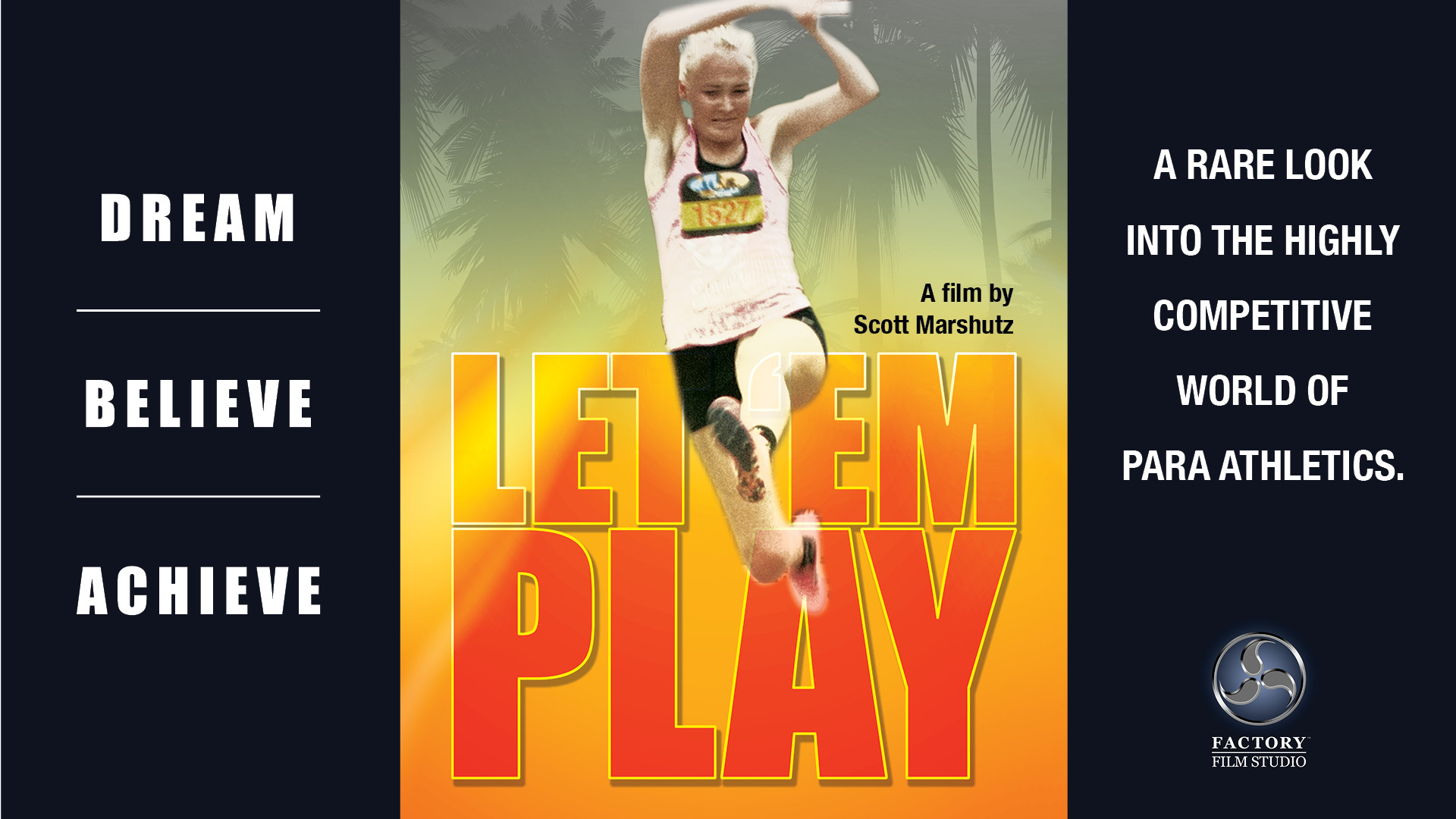 Can you open up a bit about your work and career? We’re big fans and we’d love for our community to learn more about your work.
Growing up in NYC during the 1970s, I spent endless hours in theaters. My mother was really into film and took me to a lot of music and sports documentaries, such as “Woodstock”, “Gimme Shelter”, “Monterey Pop” and “Endless Summer”. I was totally hooked, but another thing was grabbing my attention too: the Watergate scandal. On early-morning subway rides to my summer job, my head was buried in newspapers reading about how reporters were hot on President Nixon’s trail. At 16, I wondered: “Could there be a cooler job than being a journalist?” But achieving that goal would take longer than usual as I suffered from learning disabilities, poor vision, low self esteem–you name it! Through my dad’s connections, I somehow landed a job at a small television station in Indiana. My roommate, who had recently been discharged from the Navy, was paying his tuition with G.I. Bill benefits and encouraged me to see if a tour in the military might help my situation. Without a degree, I couldn’t advance any further so it was either get into college or enlist. The next thing I knew all my hair was being shaved off and I was yelling “Yes sir, no sir” at the top of my lungs. But the dice rolled in my favor. After completing my service school, I received orders to a base in Southern California. My commander thought I was a pretty good writer and put me in charge of the sports section of the base newspaper. It wasn’t exactly the New York Times, but it provided me with transferable employment skills. It no doubt helped me get accepted into my undergraduate program too. Once the dean of the English Dept. found out about my military newspaper experience, I was named editor of the college weekly. The dean was a former film professor at UCLA. It re-ignited my interest, and I loaded up on film electives while majoring in Journalism. I figured if one thing didn’t work out, I had the other and that’s exactly what happened. Out of the gate, I worked for two weekly newspapers, a couple of business-trade journals and then — BOOM! — the Internet hit and by the early 2000s traditional media had contracted faster than fruit gets squeezed at a juice bar. Thousands of journalists were out of a job, including me. Luckily, I had saved some money and it was time to dust off plan B. The takeaways I believe are several: you have be able to pivot quickly, have a back-up plan and be flexible in your career. Take the best bits and pieces from each job and mold them into a successful strategy. Be a good observer on how to properly manage people. Was there a certain manager you emulated? Steal his or her style and make it work for you. Set goals to constantly learn something new about the business you’re in. And finally…life is short. If you have a strong desire to accomplish something, don’t wait. Start right now. 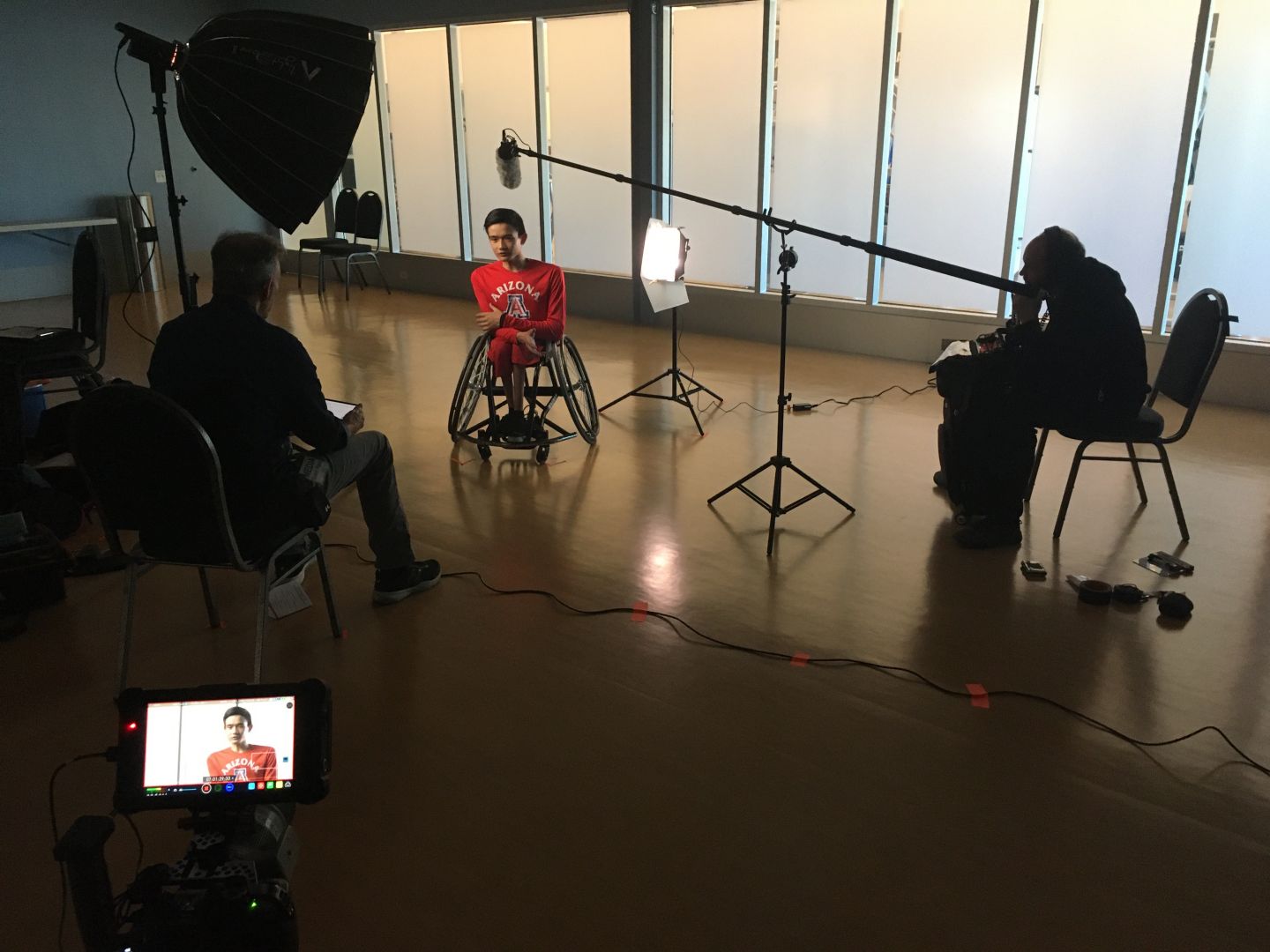 Any places to eat or things to do that you can share with our readers? If they have a friend visiting town, what are some spots they could take them to?
First, I’d persuade her to take the train and pick her up at Union Station. While walking her out to my electric vehicle, I’d point out the Art Deco and Mission Revival architecture. We’d hit Olvera street for a little Hispanic culture, calle tacos and a quick shop in case she forgot her sombrero. We’d pass by the Walt Disney Concert Hall on our way to the Broad Museum where she would be wowed by the collection of contemporary artists such as Koons, Kruger, Lichenstein and Warhol. From there, I’d wind her through Mulholland Drive discussing the genius of David Lynch. We’d connect over to Laurel Canyon and tee into Sunset Blvd., arriving into the underground parking lot of Pauley Pavilion with just enough time to grab our lower-level seats and watch the UCLA Bruins play a mid-season conference basketball game. Afterward, we’d grab a late dinner at Chez Jay in Santa Monica before collapsing in our ocean-view suite at Casa Del Mar. 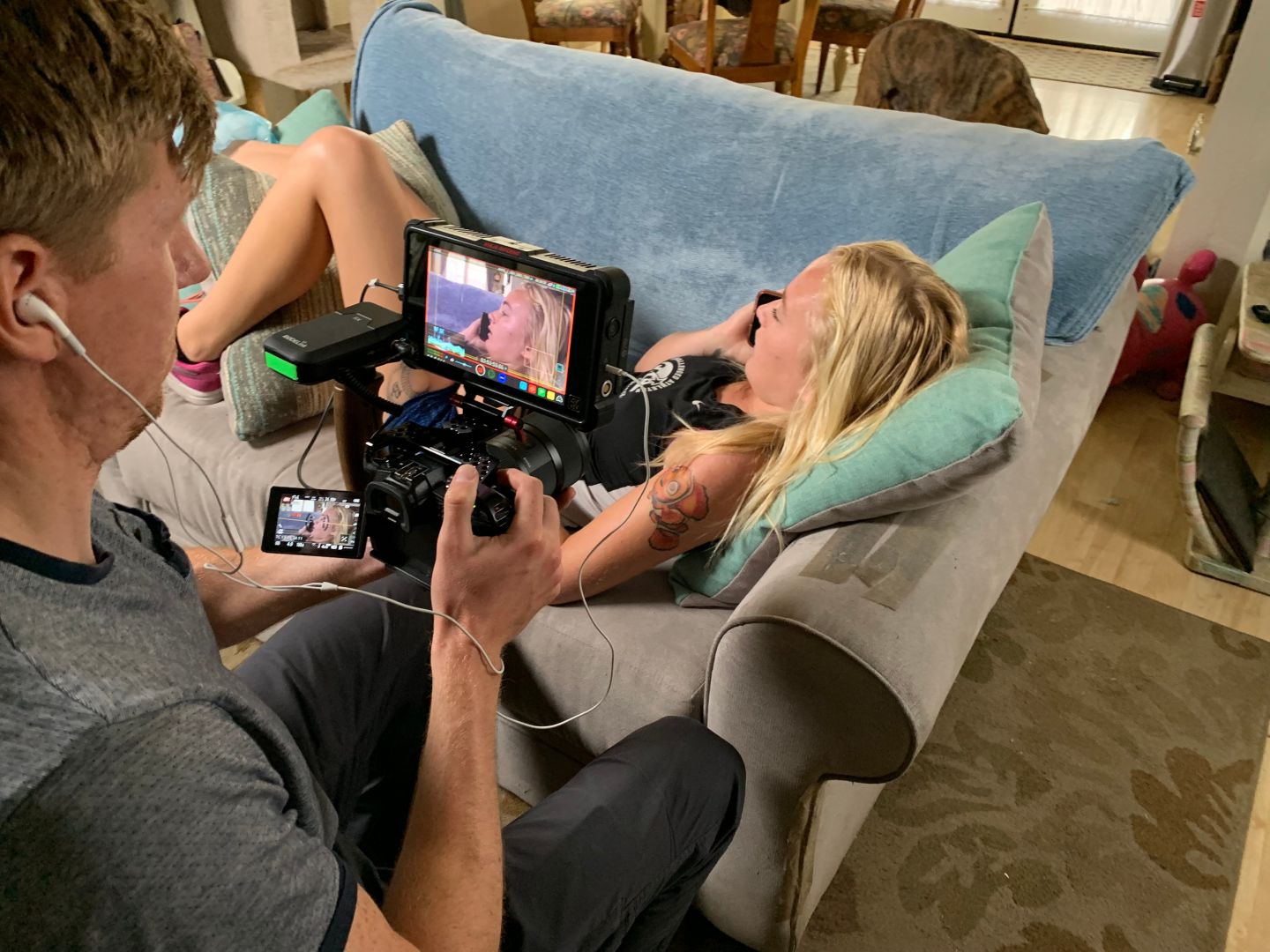 Who else deserves some credit and recognition?
As a first-time documentary film producer, there’s a long list of people who deserve recognition. I’ll mention two big ones: Andriy Semenyuk, an L.A.-based cinematographer, and Karen Everett, owner of New Doc Editing in the bay area. After reviewing Andriy’s website, I pitched him on my project and told him I needed to hire a crew for an upcoming shoot. He liked the idea and was very pro active in finding another camera operator and sound tech who could make the trek from New Mexico to Arizona. Even though it was my first attempt at setting up a three-day shoot, I was extra careful to make sure all the details–and there’s a ton of them–were handled in advance. Any producer will tell you the amount of effort you put in on the front end will pay huge dividends on the back end. You get a feel for how people work and once they deliver, they gain your trust. Andriy delivered big-time. We connected instantly and from that weekend in 2017 through March 2020 Andriy was not only my first choice as lead camera operator, he became DP on the project. His skill set falls into the super-hero category. There’s not problem he can’t solve and he remains calm in high-pressure situations.

During breaks from production, I was boning up on the biz side of filmmaking and flew up to U.C. Berkeley to attend a two-day class on distribution. One of the speakers was Karen Everett, who had taught documentary editing there for many years. She pitched her services, a unique business model with incentives that made professional editing more affordable for an independent producer like myself. I subscribed to her email newsletter and devoured the information like a hungry tiger cub. Once production wrapped, I called her to discuss the project. She connected me to a great editor who had edited sports documentaries. But the beauty of working with Karen is that she stays in the loop as a story consultant so you’re getting two very experienced professionals at a very competitive price. The one-hour conference calls were incredibly efficient and in 10 weeks we were in fine-cut stage. Nearly a year later, I’m still getting comments like, “Wow, that was a great cut!” 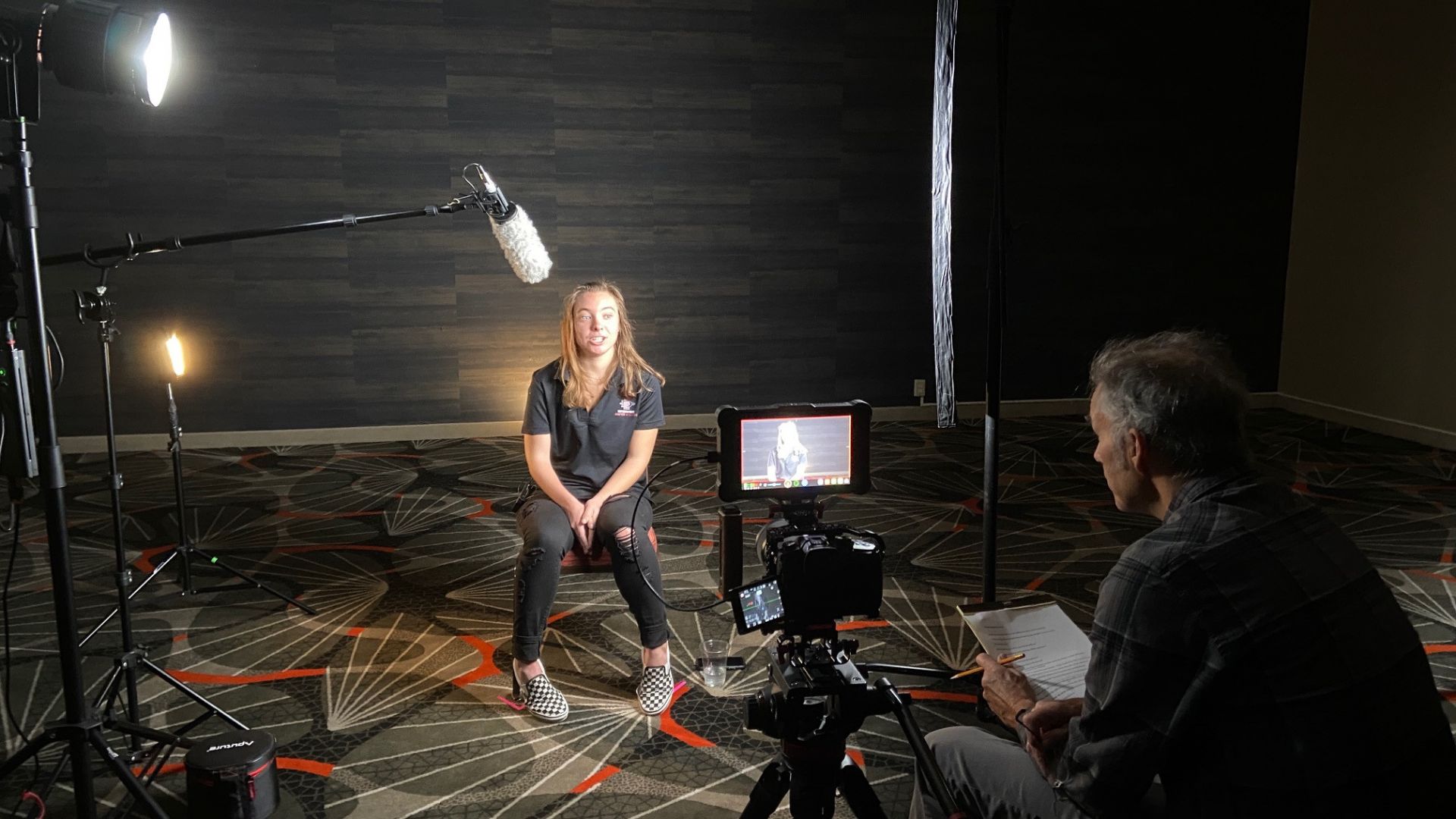 Meet Desireé Duffy: Founder of Black Château, Books That Make You, and The BookFest®