We had the good fortune of connecting with Scott Vasquez and we’ve shared our conversation below.

Hi Scott, we’d love to hear about how you approach risk and risk-taking
In my life risk taking was not really a thought for a long long time. I had never taken any big risks. Then one day I had a falling out with an employer, and after a life of working a 9-5 I took a risk and quit instantly that day without a plan. In an odd way as nervous and scared as I was about where rent is going to come from, I also felt an unsurmountable amount of freedom. I felt like I had broken a cycle. A cycle of never being happy in a workplace. It lead me to the career and life I am currently pursuing and it has made me happier than ever. So if I had to say how taking a risk has played in my life and career, I would say it’s made me the happiest I have ever been. 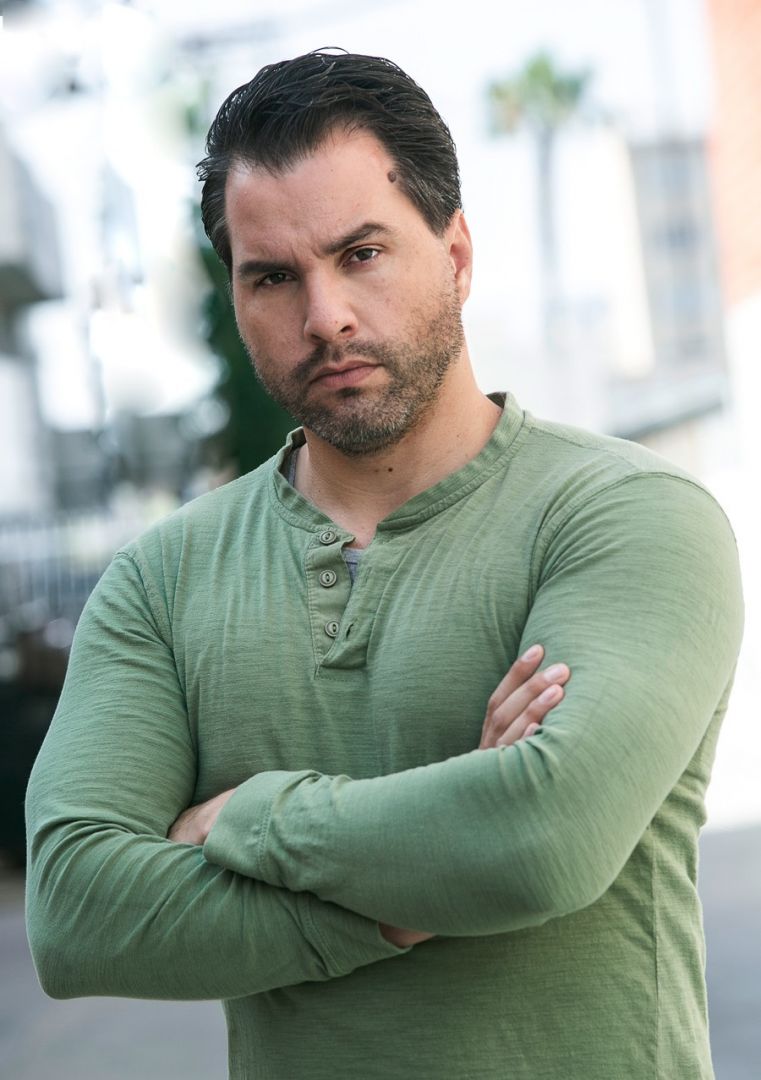 Alright, so let’s move onto what keeps you busy professionally?
I don’t know that there is much that sets me a apart from others. I would have to say if there is one thing possibly that maybe I share with a small percentage of people out their going after their dreams, it is my mindset. The best advice I was ever given in Hollywood was, “Never set a deadline, or put a time limit on how long you have to make it”. It is like quitting ahead of time if you think about it. It’s saying on this day and time I am going to give up. I am going to forget about this and thats it, I am done. Basically I have a mindset of I will pursue this career until I physically cannot any more. I think a large percentage of people limit themselves, cut themselves out, don’t believe in themselves. Really I think thats mostly what would separate me from someone else. It has not been easy getting just to where I am at. I have done it all to survive along the way to get where I am at. You name a side job or side gig, I have probably been there done that.

If you had a friend visiting you, what are some of the local spots you’d want to take them around to?
There are some really great places to check out. If I had to take someone around LA for a week this is probably how it would go. Downtown LA would be a whole day or maybe two by itself. First day would probably go from grabbing a donut and breakfast sandwich at Birdies Chicken and Donuts, to hanging out at EightyTwo Barcade in the Arts district at night and grabbing a Matcha Latte at Urth Cafe. I mean then just walking around and seeing the buildings theres just so much to uncover. Definitely a day spent in Hollywood checking out the walk of fame and then night life. I would also hit Santa Monica and Venice beach walk. Then prob a day of shopping would be pretty solid and definitely not missing Dover Street Market. Lastly never miss out on a bacon wrapped street dog.

Shoutout is all about shouting out others who you feel deserve additional recognition and exposure. Who would you like to shoutout?
There was an organization that no longer exists that I have to give credit for where I am today. It was called LIMS. As a veteran they gave me a free $10k scholarship to pursue acting and stunts and train at their facility. It was a once of a lifetime experience that I know could never be duplicated. It was the timing and the people. The people who gave me a new look on life and what life and work can be. I also of course have to thank my Wife, my biggest fan, supporter for pushing me to pursue my dreams and goals and not a paycheck or title. She has done so much for me and sacrificed so much as well.