We had the good fortune of connecting with Sean Davey and we’ve shared our conversation below.

Hi Sean, we’d love to hear more about how you thought about starting your own business?
I’ve always had a deep connection with the ocean. I seized the opportunity to be there every time, I could as a youngster. I’ve lived by the sea since a young age and spent a lot of time photographing it over the years. I used to work in high-end commercial color labs back in the day to supplement my bills and such, but what ultimately drove me to go out on my own was being stuck in traffic for 15 hours every week, going to and from work. I figured if I went out on my own, that’s an extra 15 hours a week that I have to be productive. That was around 1990 and I’ve been self-employed ever since. 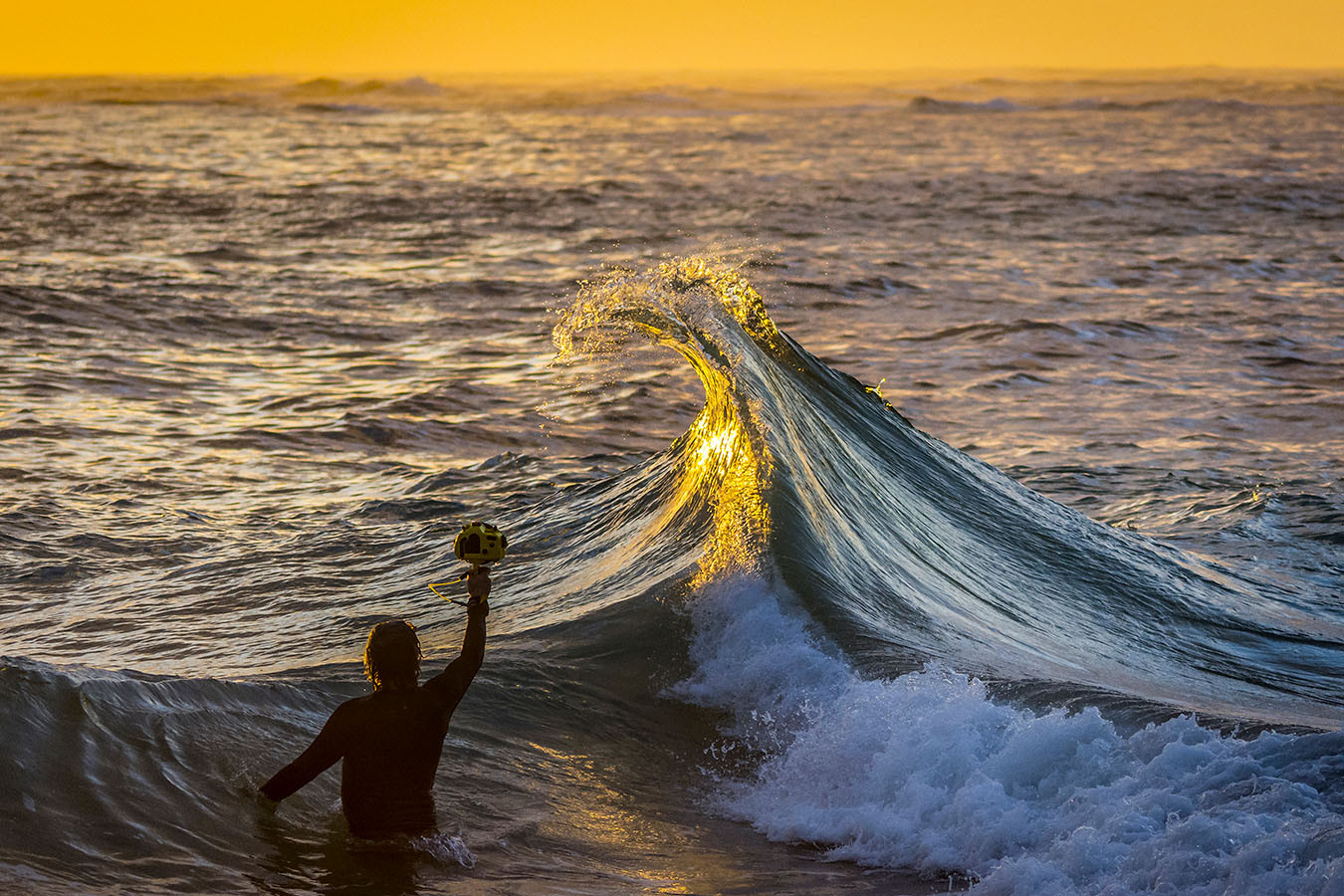 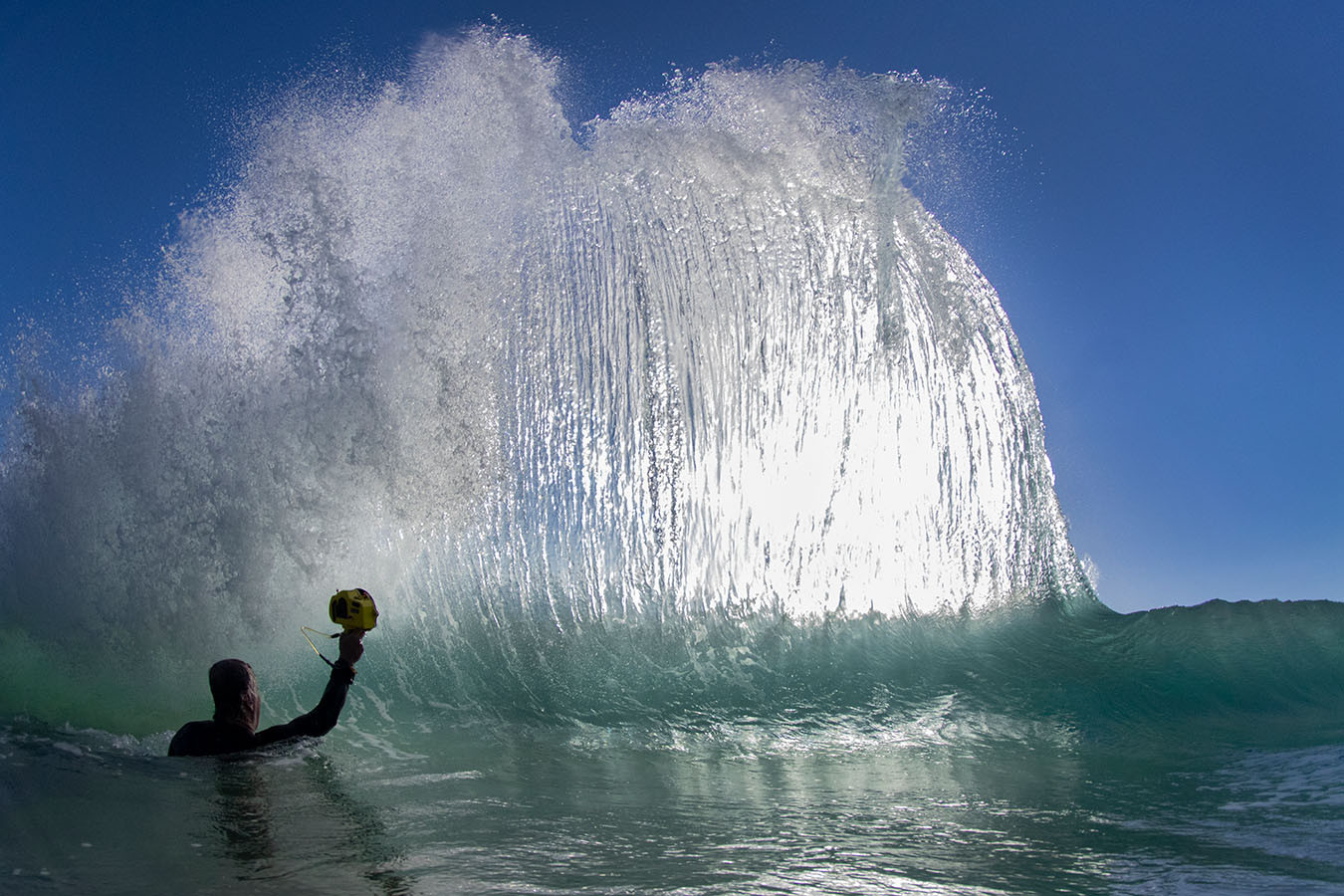 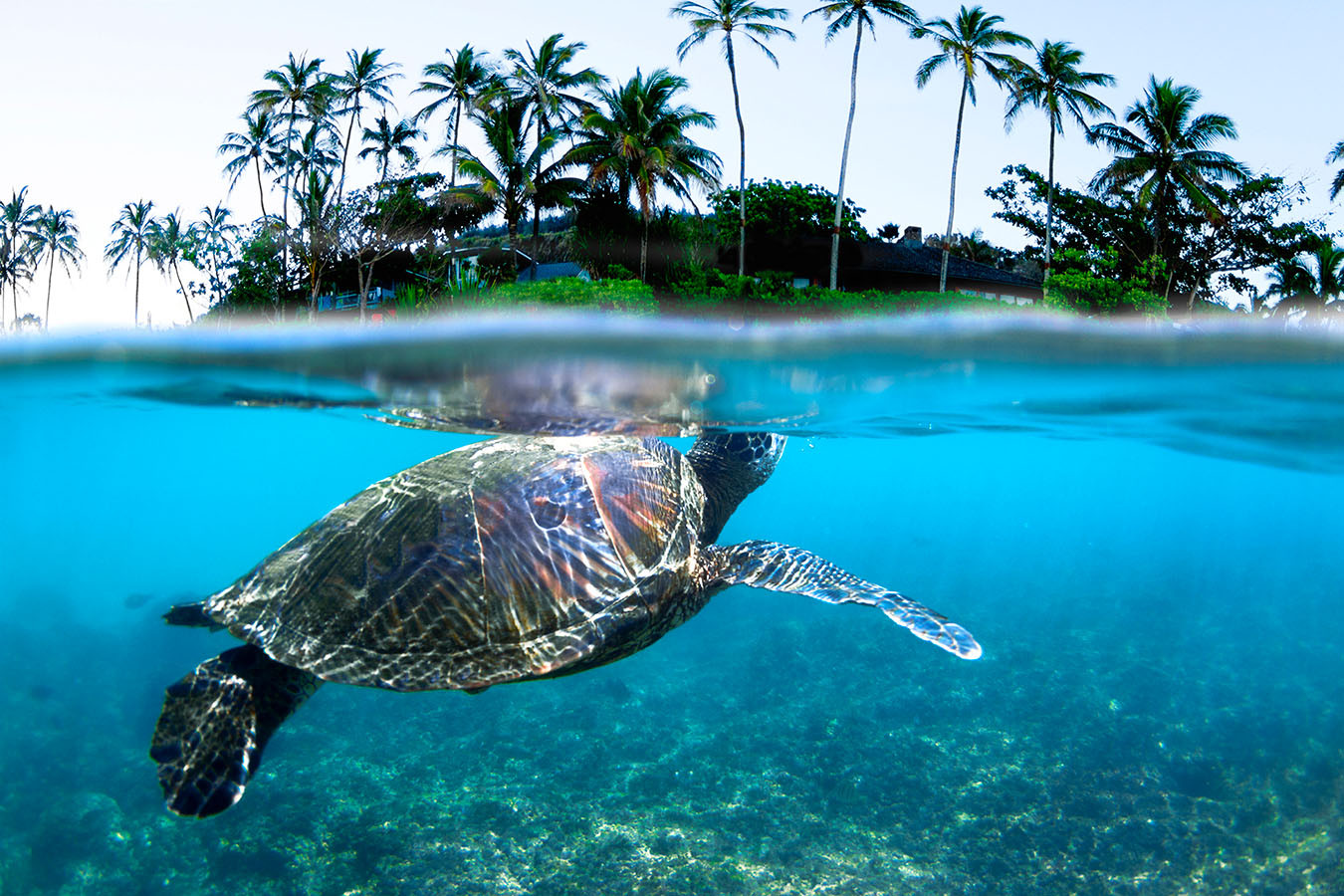 Let’s talk shop? Tell us more about your career, what can you share with our community?
I’ve been an active photographer since late 1977. I spent the 80’s largely honing my craft, so to speak and then became not only an active contributor to surf magazines, mainly, but a leading name in the business by 1990. I traveled a lot for the magazines through the ’90s which allowed me access to a great number of amazing places, to shoot incredible scenery, much of which ended up in my image archives.

The new Millenia paved the way for a much faster and efficient way to see stuff and so magazines started to go away, in favor of the internet. I definitely saw this coming, literally years away, and had already been digitizing my best imagery to create a new digital archive. From that, I started to market my imagery as prints and canvas and went full-on with it by about 2010. I’ve been doing this ever since. My work hangs in thousands of homes and businesses all over the world.
I really chase first and foremost the light, these days. This usually requires getting up long before the sun. It’s truly amazing how much beauty there is out there on a daily basis that hardly anyone ever sees. Many a time, I’m out and about, shooting pictures and I turn around to see something else entirely different that I had no plans to shoot, but because I was there, I got the shot. Some of those pictures have ended up being amongst my favorite images.
I think what sets my work apart from many is my artistic approach and my obsessive quest for perfection. I’ll happily trade the opportunity to shoot many perfect pictures normally for the opportunity rather to shoot just a handful of successful images that are entirely different to what others would shoot.   I’m definitely on a never-ending quest to be creative in what I do, That also involves constantly checking and double-checking every camera setting, in order to squeeze out the absolute best image that I can produce. I can confidently look back each year and see the improvements in my work.
I print my own prints and canvas and I specialize in very large sizes. I can print a single image up to as large as 44 x 120 inches. I’ve only ever had one client who wanted me to print larger than this. I only use premium papers, canvas, and inks from the market leader; Epson for true museum quality. I’ve never made ridiculous amounts of money from this gig, but I do get a lot of satisfaction by being able to interact with nature on a pretty much daily basis and the end result being that I get to beautify people’s homes with my art prints and canvas. I’m happy with that as long as it can pay the bills. It’s great to have something in my life that I feel so passionately about and make my living from it in the process. I feel blessed. 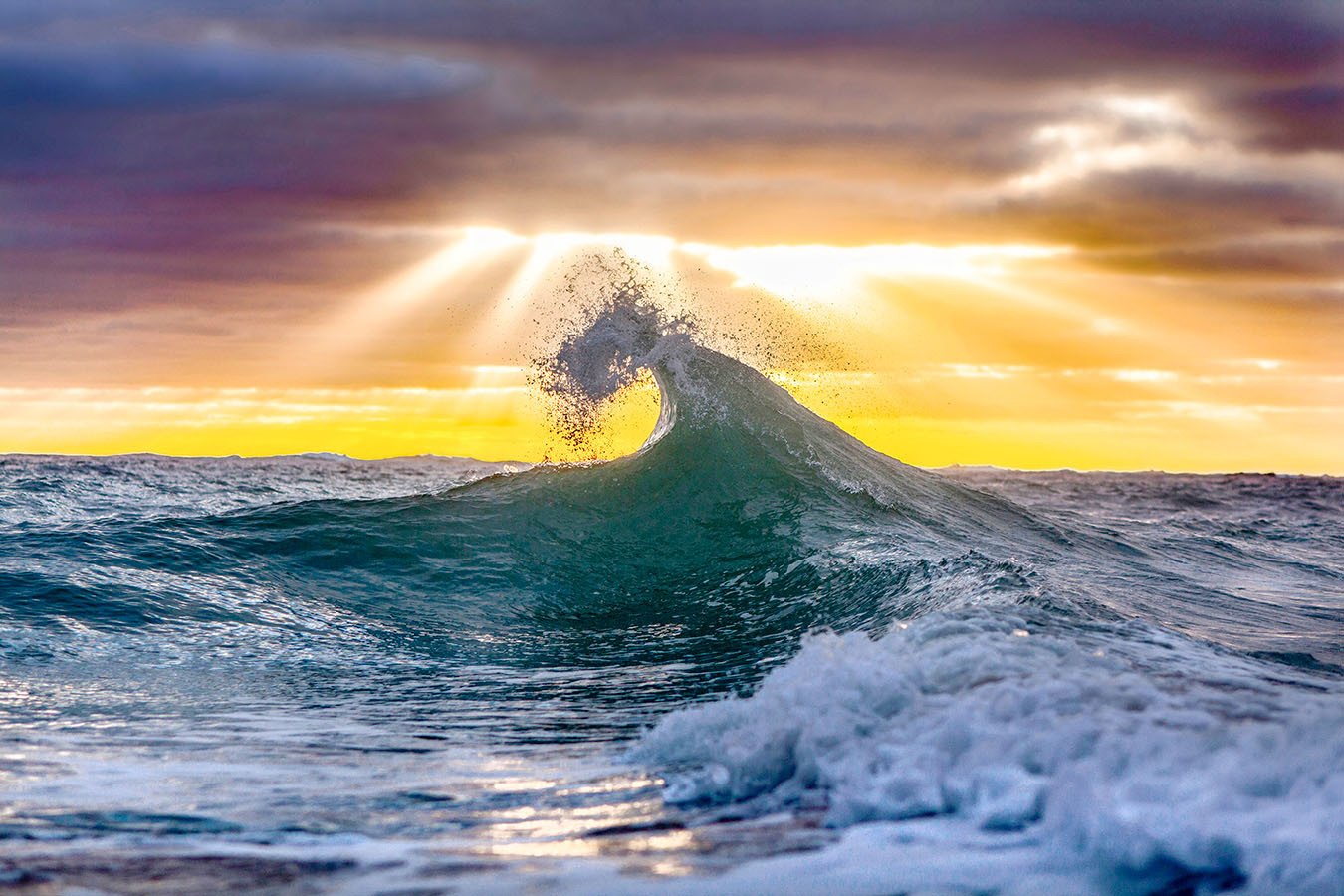 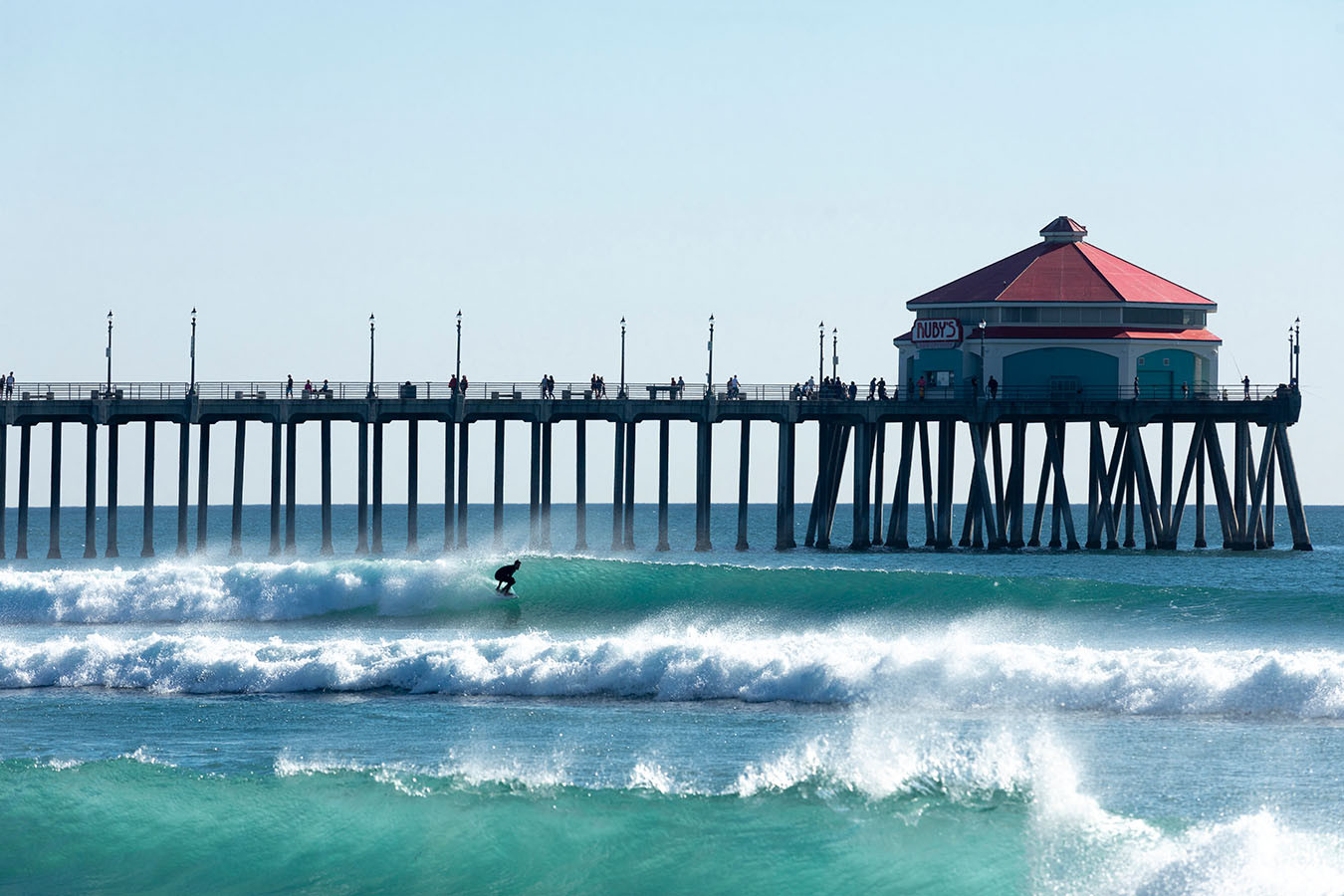 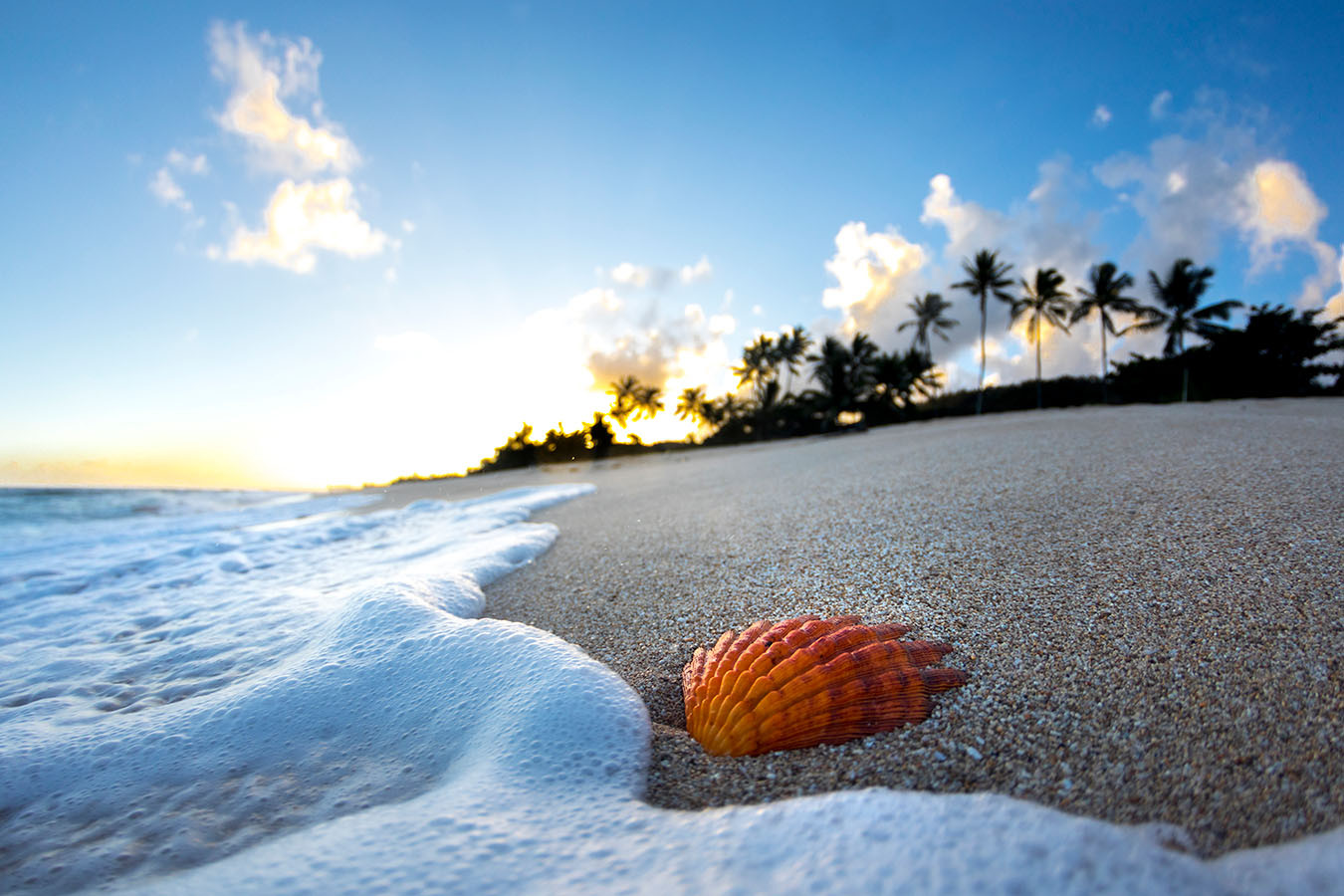 If you had a friend visiting you, what are some of the local spots you’d want to take them around to?
I would take them along on my pre-dawn shoots for sure. I know some people are not early risers, but when you’re with me and seeking a cool experience, it might well involve the pre-dawn shuffle. We might start the morning with a shoot in the water, using probably a fisheye or a 100mm lens to photograph the interaction of ocean waves with the light of dawn. There’s nothing like it really. Have some breakfast, then swim maybe somewhere like Waimea bay, to photograph some Hawaiian sea turtles, perhaps some schools of baitfish or even a pod of Hawaiian spinner dolphins. You never know what might show up. It’s just a matter of being there in the first place.

If it’s surf season here between the months of Oct -April then there’s a good chance that I might go somewhere like the world-famous Banzai Pipeline and shoot some surf, as epic as it gets, pretty much. The Pipeline is only 7 minutes from my house, so it’s a regular, and often random fixture during the surf season, here and I do have very specific times of the day that I like to shoot it at for best light conditions.
Late in the day, here on the North Shore, is almost guaranteed to be a great sunset, so if I’m out and about, there’s a decent chance that I might have my camera, very close by.
If you spend a week here, you’re almost certainly going to eat at Ted’s Bakery at Sunset Beach. Just about the best-known place to get a great feed, along the north shore. At night, you might head up to Turtle Bay and eat At Lei Lei’s restaurant. One of the best for sure and right across the road from my home. 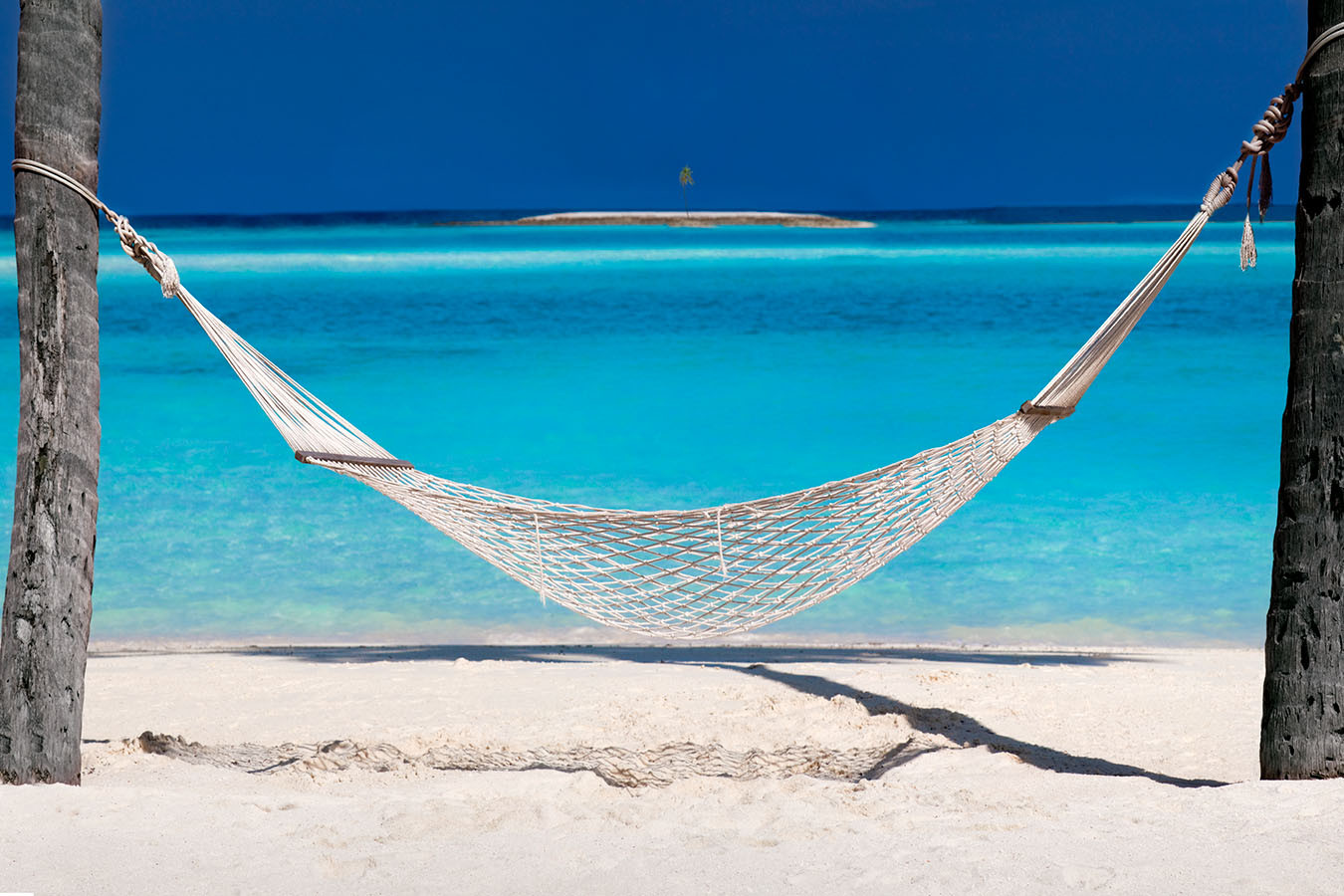 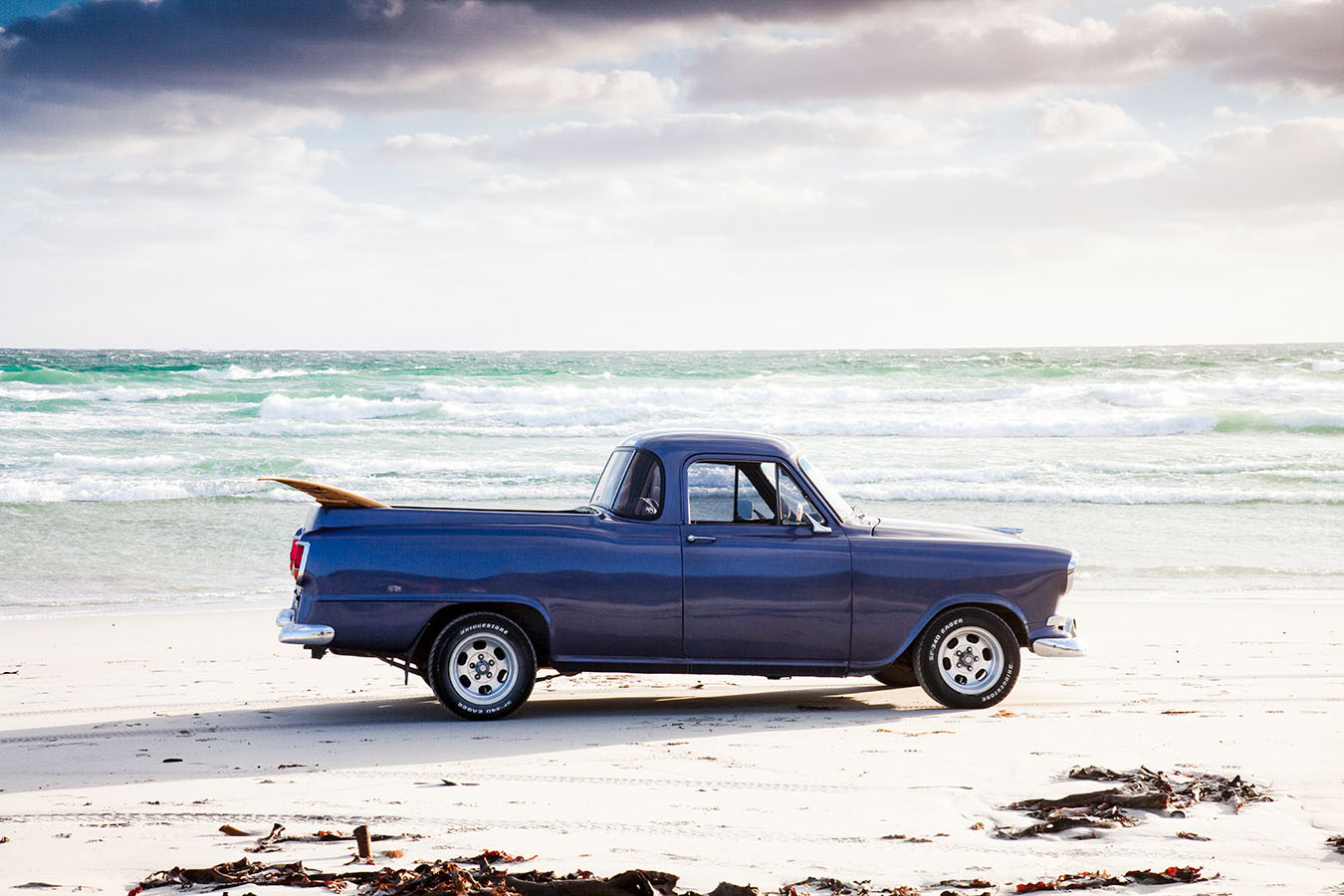 The Shoutout series is all about recognizing that our success and where we are in life is at least somewhat thanks to the efforts, support, mentorship, love and encouragement of others. So is there someone that you want to dedicate your shoutout to?
All those great photographers who ultimately inspired me from some such a young age. Max Dupain was a great Australian photographer who used to shoot a lot of high contrast black and white images of Australian beach life. He was the first to get my attention. then there was American Pete Turner who worked so well with large blocks of color, along with contrast as well. Many other photographers, particularly in the surf field have also been major sources of inspiration. Names like Ted Grambeau, Warren Bolster, Peter Crawford, so many more. Those are just a few… 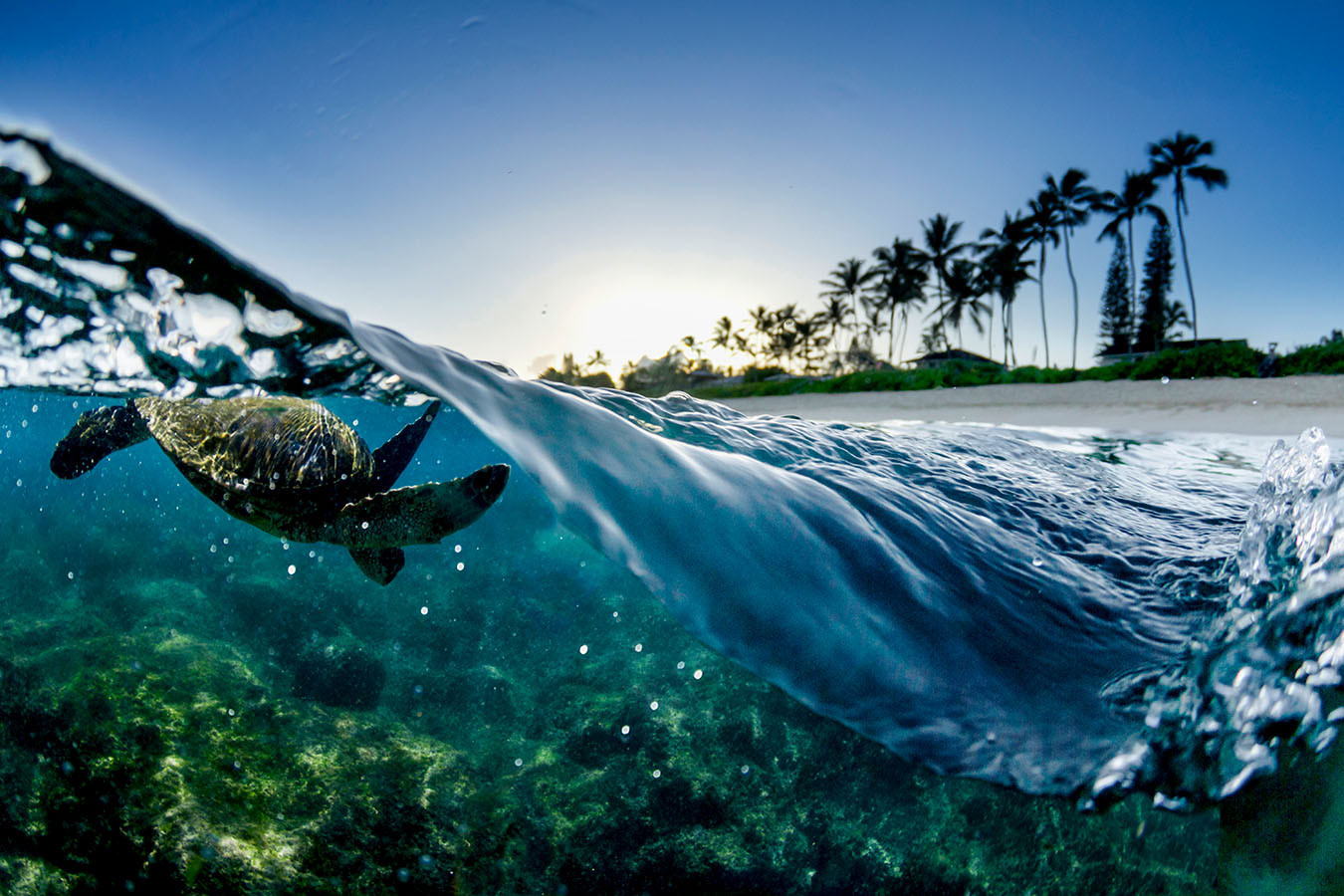 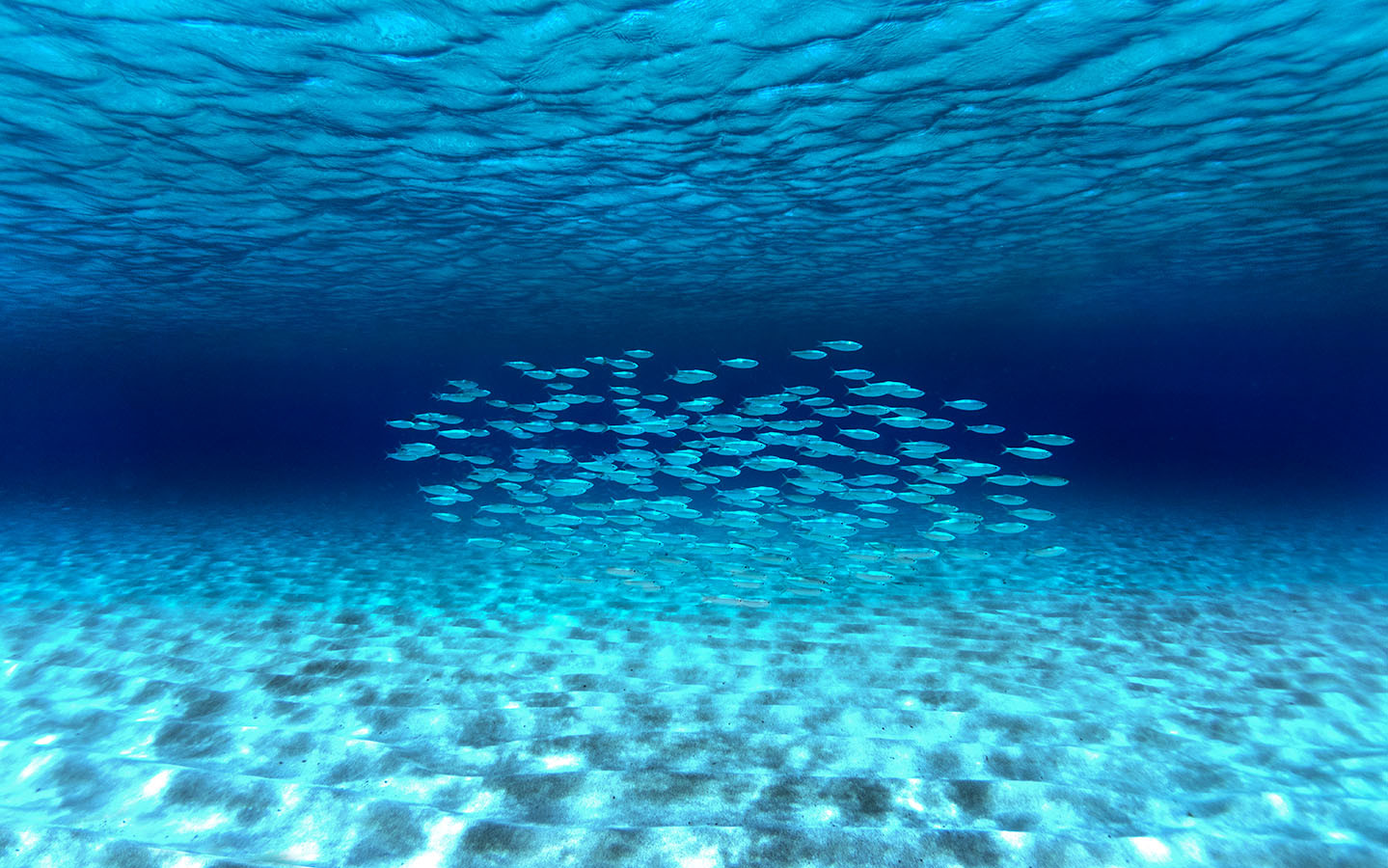