We had the good fortune of connecting with Shaun Landry and we’ve shared our conversation below.

Hi Shaun, why did you pursue a creative career?
My artistic career was always the hope since I was young. I always wished to be an actor since I first saw Cab Calloway in Bubblin Brown Sugar in the seventies….and improvisation when I first sat in the seats of The Second City Chicago. I wanted to be as expressive on stage as Cab and Lena Horne. I wanted to create theatre with an ensemble like Elaine May and Mike Nichols and Gilda Radner. Be in the same creative world as Bill Murray and Dan Ackroyd.

Back then, I saw in improvisational theatre as a very large disparaging cultural void as an African American female actor in a format everyone was saying was “Just like jazz”. I found the irony pretty stifling. And I wanted to change that.

That need to make Improvisational Theatre more culturally diverse became part and parcel of my artistic and creative career. and my current pursuit of starting The Ledge in Los Angeles. 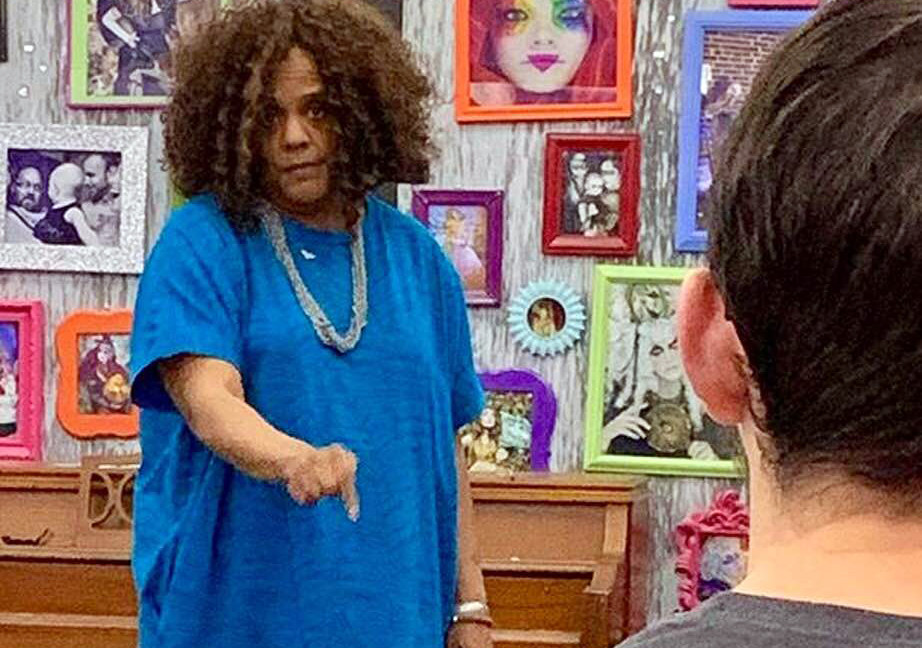 Can you open up a bit about your work and career? We’re big fans and we’d love for our community to learn more about your work.
When other People of Color inform me that I’m “The Shoulders that they stand on” in terms of Improvisational Theatre today I jokingly say “Be careful. These shoulders are brittle and I’m standing in quicksand”

It’s been an amazing journey as a female African American actor who just happens to improvise. It took quite a bit of time for the theatre and film world to recognize improvisation as a legitimate artform in the United States. And within that it took a bit of time to have my voice accepted within the improvisational world. To not be “The Only One” in a sea of Caucasian Men.

And I fought hard. With a smile and with support of all. Treating artist in the world in the way I wished to be treated myself.

Most people will say what sets me apart from others in improvisation is the sheer idea of the color of my skin and being a woman. Where books have been written about the “Capacity of African American Intelligence doing improvisation” to just hearing men proclaiming “Women are not funny” (then always getting up onstage and failing BIG because…mirroring is FUN)

I believe from sheer physical and birth appearance there is truth in that. But once people started getting past my color and the fact I have a womb…they saw that I could create something from nothing. This includes the most proud accomplishment of my career. Creating the first African American Improv and Sketch Ensemble (and yes…we called ourselves an Ensemble as none of us considered ourselves a “Team”) Oui Be Negroes.

OBN was the place where I could do the things no one realized I could do from systemic stereotypes: the sincere need to ingest all things Social/Political/Worldview/Music/Dance/History/Classic Theatre/Pop Culture I could turn on itself in a clown mirror in parody and create (as it has been said: Something Wonderful Right Away.

I feel in my heart that improvisational theatre (whether comedic, dramatic, The Process to Sketch Comedy, The Process to full fledged theatre and film productions, or “The Process as The Art” sets us apart from a lot of artforms.

All of this along with it being used in real social change (from me working with Alzheimer’s patients in Playback Theatre to how I started improvisation: Working in prisons with Geese Theatre Company) What I do sets me apart just in the world of the arts I have chosen.

I’m proud I stumbled into Second City Chicago when I was a student at The Goodman Theatre for Youth and said to myself: “This. This is what I want to do.” Then proceeded to “YeaAnd” The living daylights out of improvisation for the last thirty eight years.

If I had to tell the world about my story? It would always start: 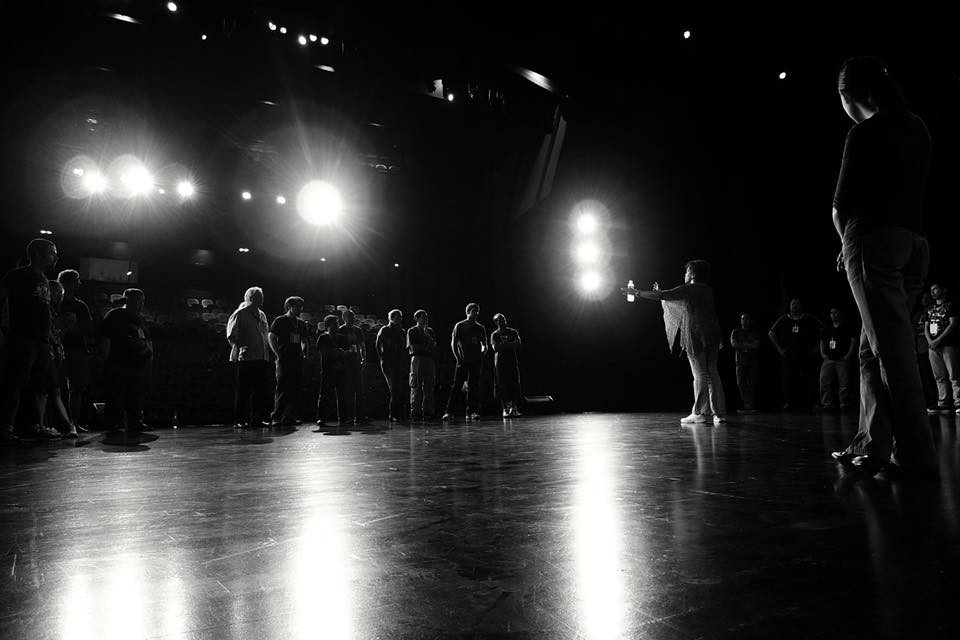 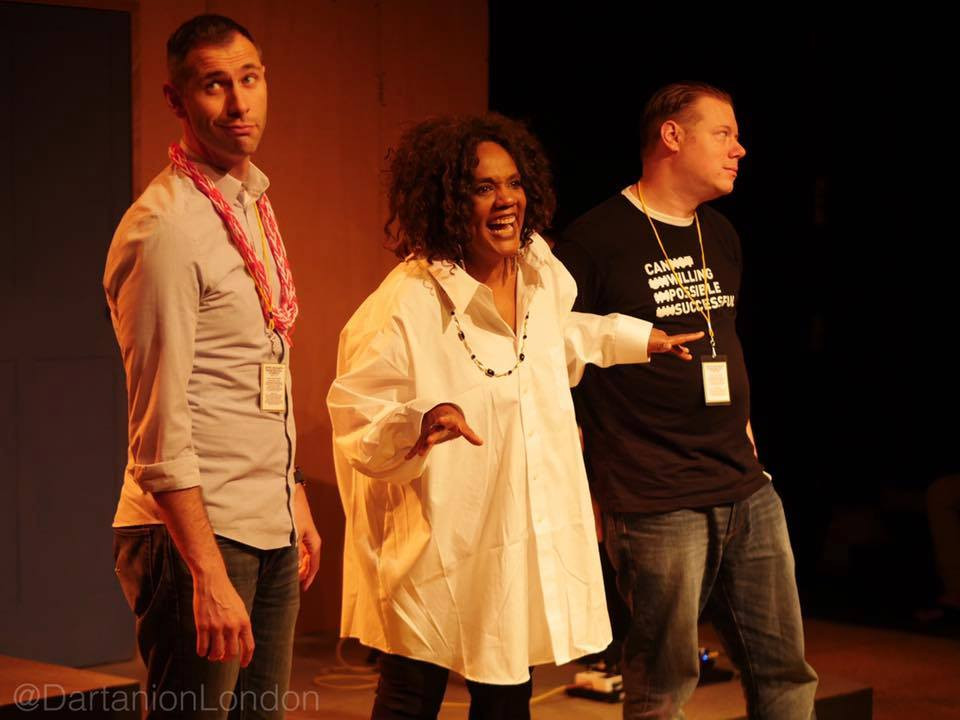 If you had a friend visiting you, what are some of the local spots you’d want to take them around to?
The friend itinerary from Chicago to Los Angeles.

Monday: I’m going to pick you up from whatever airport you fly into and you to my home in K-Town. Best dinner in town: MY KITCHEN; There are literally two things I love to do: Improvisation and cooking. If the world shined upon me? I would have an improv cooking show on Comedy Central in conjunction with the Food Network. Afterwards let me take you to The Pack Theatre to watch improvisational comedy with our house ensembles.

Tuesday: Breakfast at The Waffle House in Hollywood. Let’s get our music fan groove on with a trip to Amoeba Dinner later at my favorite Old School Eatery Musso’s and Franks.

Wednesday: Want to see where tar is? Well how about The Labrea Tar Pits. Only for a minute cuz YOU NEED TO SEE WHERE THE SCULPTURED DINO’S ARE PLACED IN TAR. Wanna see some of my friends make a living when not on sets in Hollywood? How about Universal City Boardwalk? Come on. Back in the car lets go back to K-Town and experience some of the best Korean BBQ Los Angeles has to offer. Lets park the car back at my place and walk over to Meat Love.

Thursday:
Lets see some art now. How about a trip to The LACMA or The Getty. Or maybe The Natural History Museum. Your pick. But we have to end with the sun setting at Griffith Observatory. We are Rebels with an L.A. Cause.

Friday.
OH COME ON, You been out of Chicago since Monday and asking for deep dish. Seriously?? Fine. Lets go to Hollywood Pies. You know when they first opened you had to pick up your pizza in an alley? Oh hey…wanna see some comedy tonight at Westside? I love them all over there. I have NO IDEA what is playing but I’m almost sure it will be good. Chicago Deep Dish. The Chicago Boys from Westside. Like you never left North Avenue.

Saturday: Yeah. I know I lived in San Francisco for nine years and started the San Francisco Improv Festival and now live here. Before I put you back on your plane to Midway…let me take you to Venice Beach. Let me show you the places The Doors used to reside. lets walk the park. Let me buy you a frosty drink at whatever restaurant is currently residing in the old Bank of Venice Building. You only get to see Lake Michigan. This *is the ocean.

Lets sit here and contemplate the week. And, everything shall we? 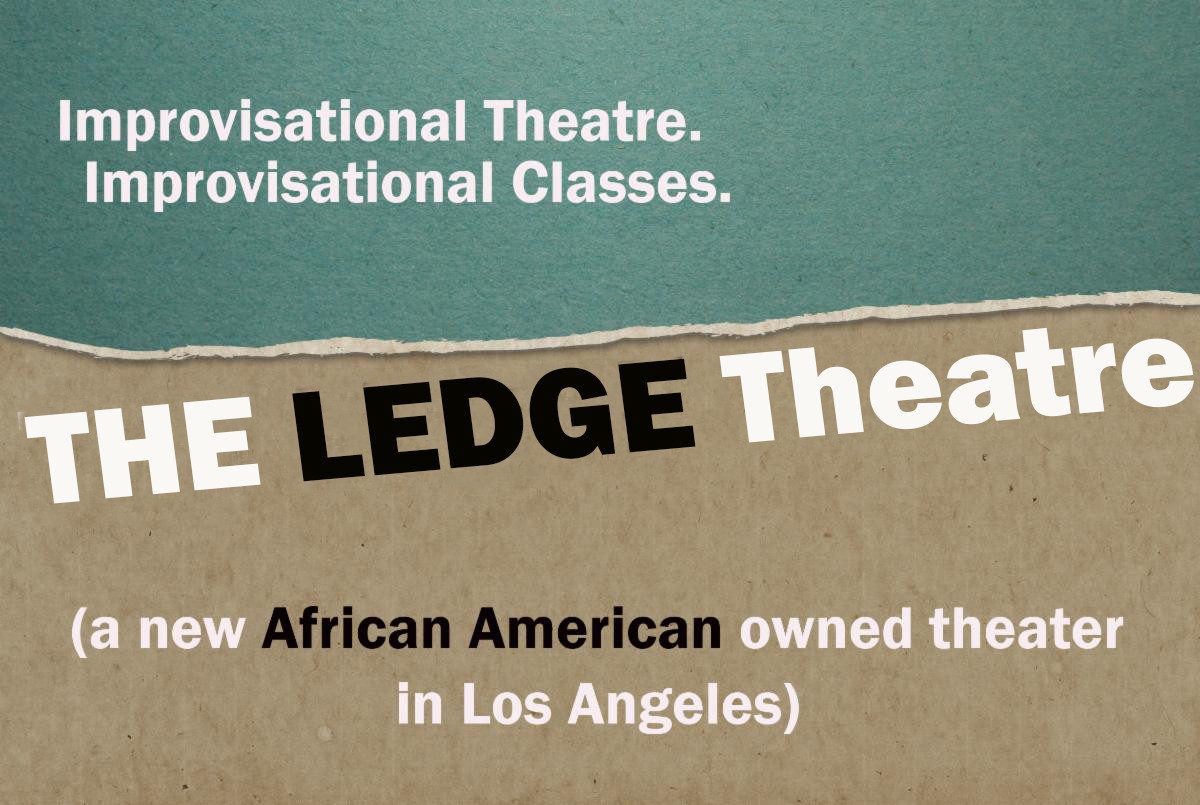 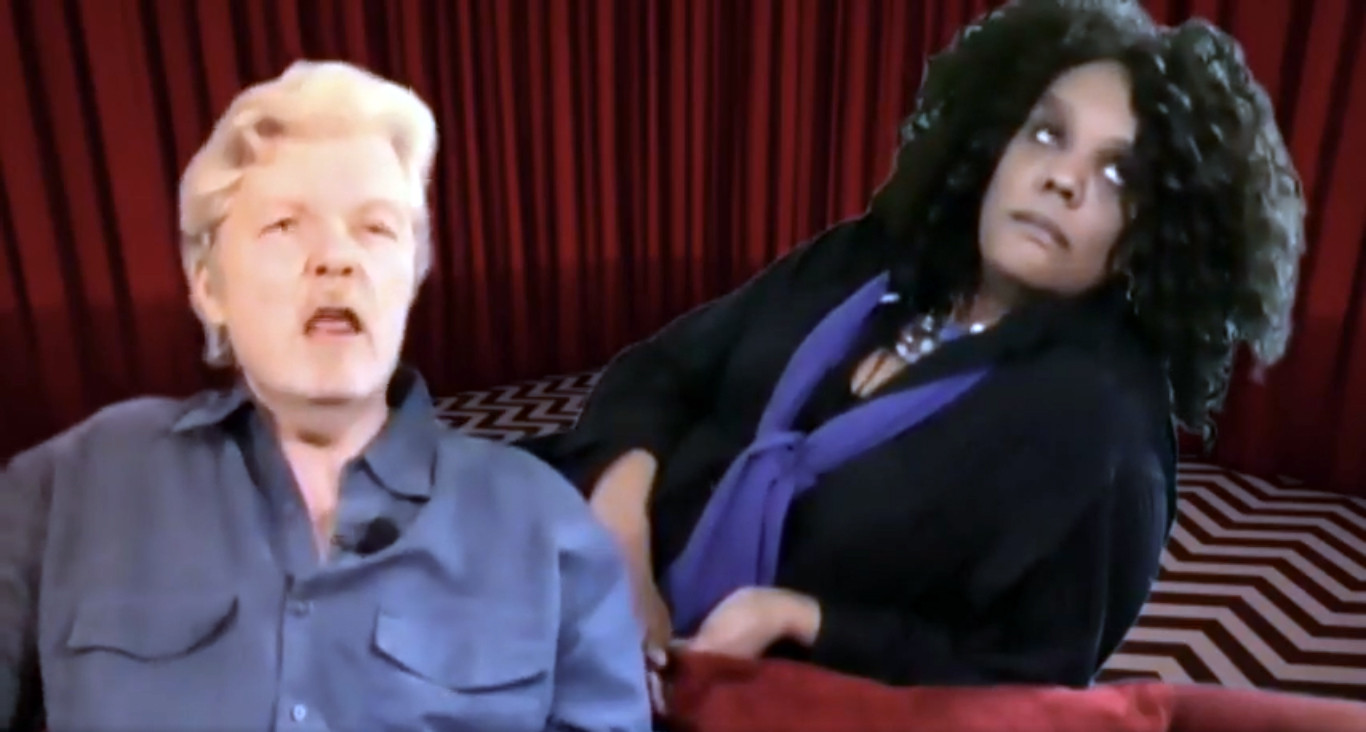 Who else deserves some credit and recognition?
The In Memoriam Shoutouts: Martin DeMaat (The Players Workshop of The Second City and The Second City Chicago) for believing in my theater abilities and for his continued friendship all through his life.

R. Kevin Garcia Doyle (Hawaii Shakespeare Festival/Improvaganza: Honolulu Improv Festival) and Garrick Paikai (Improvaganza) for their friendship and their inspiring work in Honolulu in the form of Improvisational Theatre.

Mr. Bill Chott at Improv Trick who cares about the future of improvisational theatre more than anyone I know.

Marian Yesufu and Tatiana Godfrey of Impro Theater Los Angeles for bringing to that stage Improv formats geared towards The African American Experience. and letting me be a part of that world online.

Mr. Miles Stroth of The Pack Theatre for calling me up one day and saying. “Hey Landry, wanna teach here” His support and friendship in Los Angeles has made the good and bad times of the pandemic bearable.

The entire Improvisational community nationally and internationally who has given fundraising money to The Ledge including Patrick Short and everyone at ComedySportz Portland along with The Black Improv Alliance in Maryland.

And a massive shoutout to Mr. Hans Summers. He’s my improv partner for last thirty five years. He is also my husband for the last thirty years. He’s the original OG Ally. My love for him not only as a husband but as a creative force is never ending. 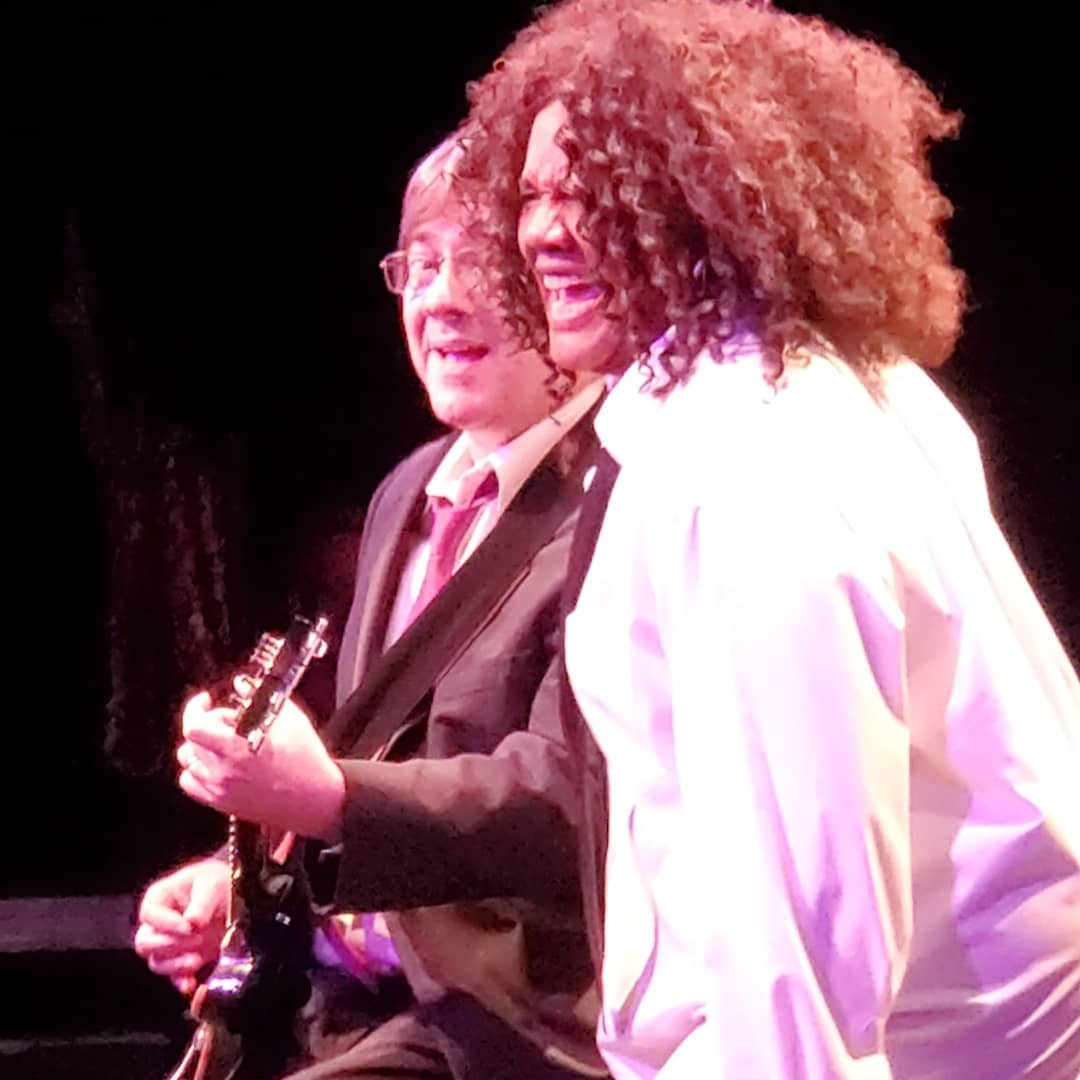 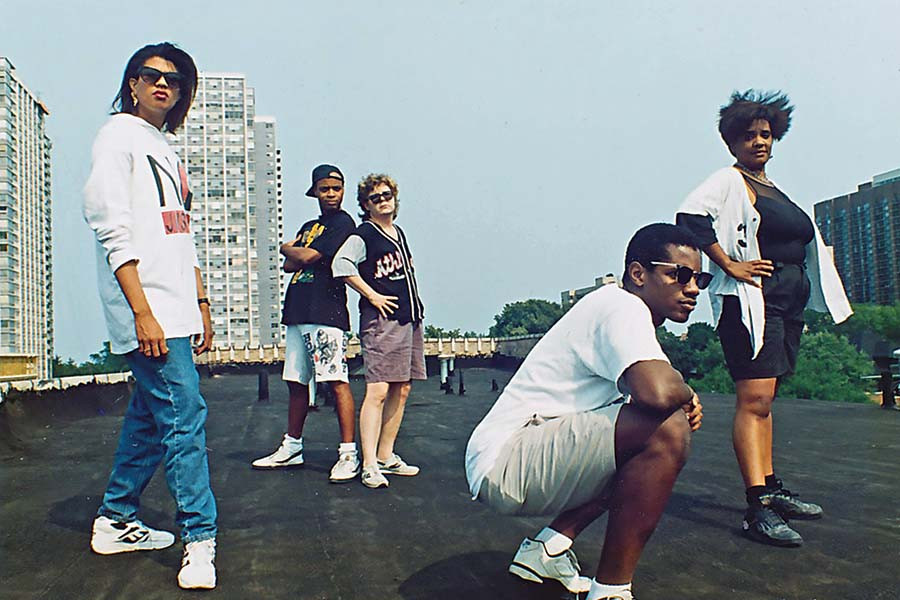