We had the good fortune of connecting with Stephanie Peraza and we’ve shared our conversation below.

Hi Stephanie, do you have a favorite quote or affirmation?
“Keep swarming”. I am a devout fan of the Wu-Tang Clan. They have a saying that appears throughout their music: “Killa bees on the swarm”. Outwardly, it may seem trivial, just something they came up with that sounded cool. I have extensively researched the group’s history and collective philosophy. I have come to find that the de facto leader of the group, RZA, tailored their success strategically. He played their conquer of the music industry as if he was methodically playing chess: each player had their part. Ultimately, the term “swarm” became transformative. It encapsulated the power of consistency, of artistic tactics. It is an almost militant way of looking at life. So often when life gets us down, we feel the urge to give up and give in. The world plays tricks on us, no doubt. To keep swarming is to maintain a positive outlook and push forward, despite the gravity of life. “Keep swarming” means to find solace in like minds and build something together. When you discover your circle (individuals have your best interest in mind), you should keep them close and create together. Keep swarming. It’s an attack on life, on love, on all the obstacles that come our way. It is not an affirmation that promotes violence, but rather the aggression to fight back when things become difficult. Everyone needs that. Everyone needs the toughness just as much as they need gentleness, all in equal measure. 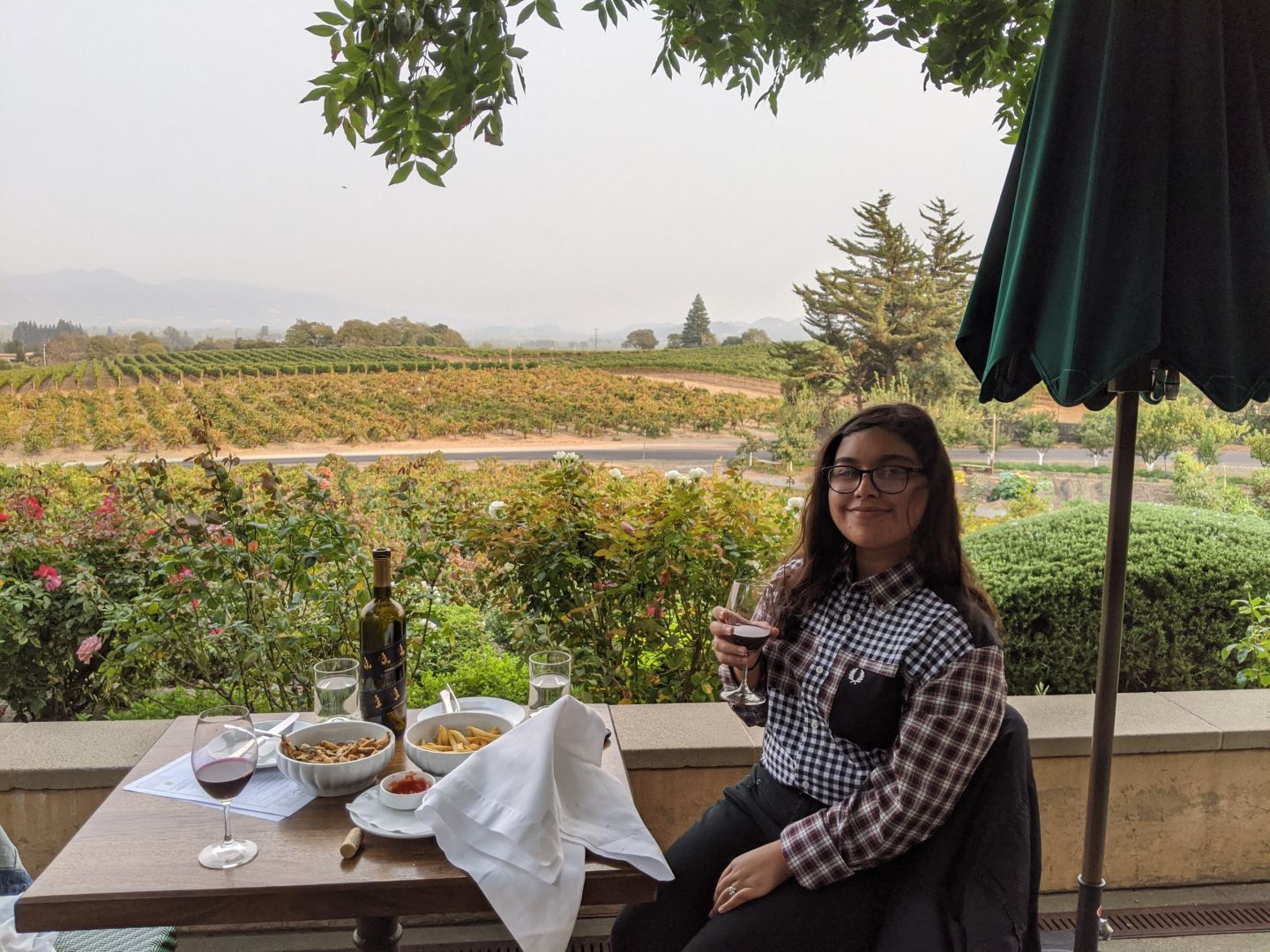 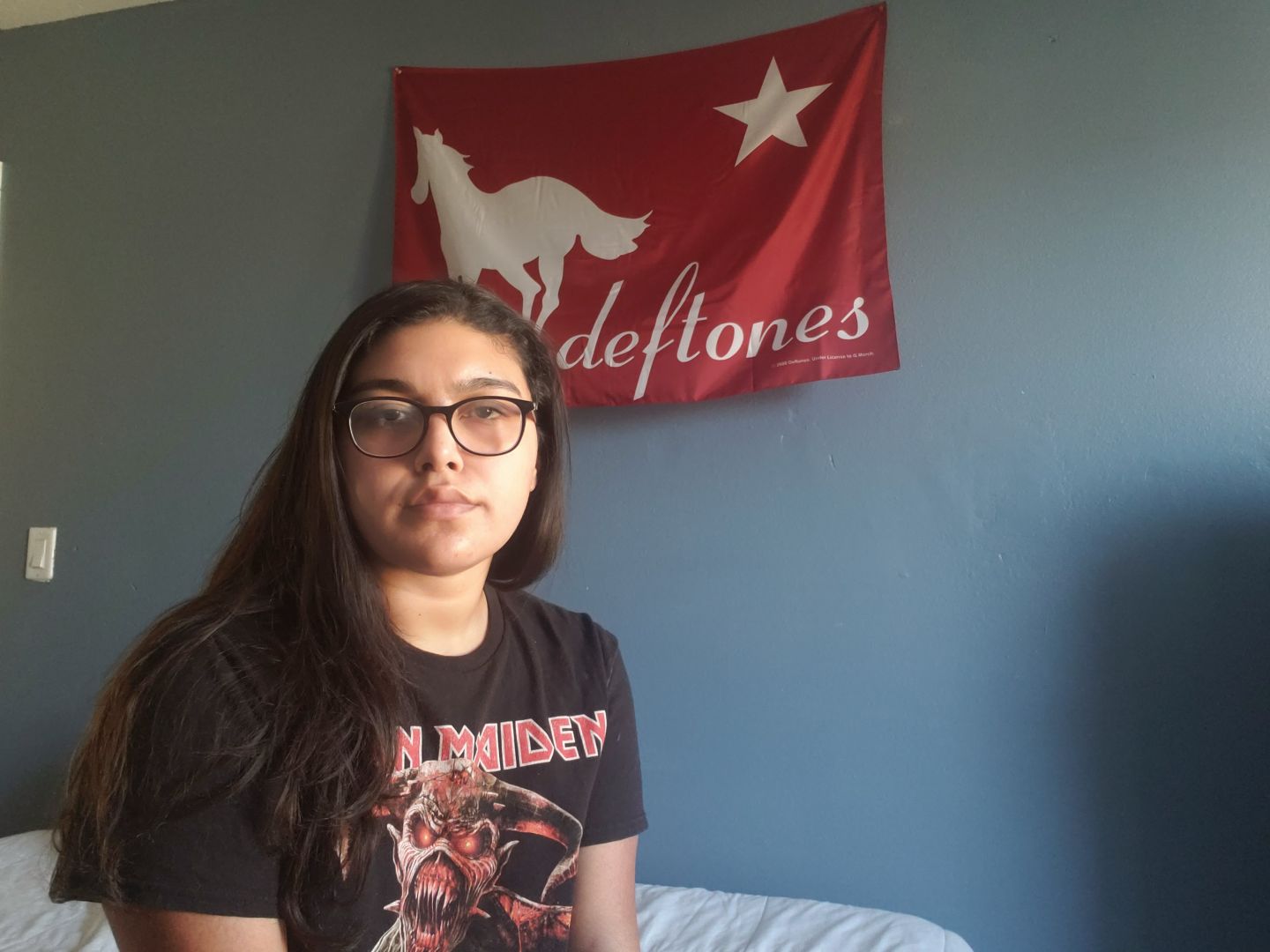 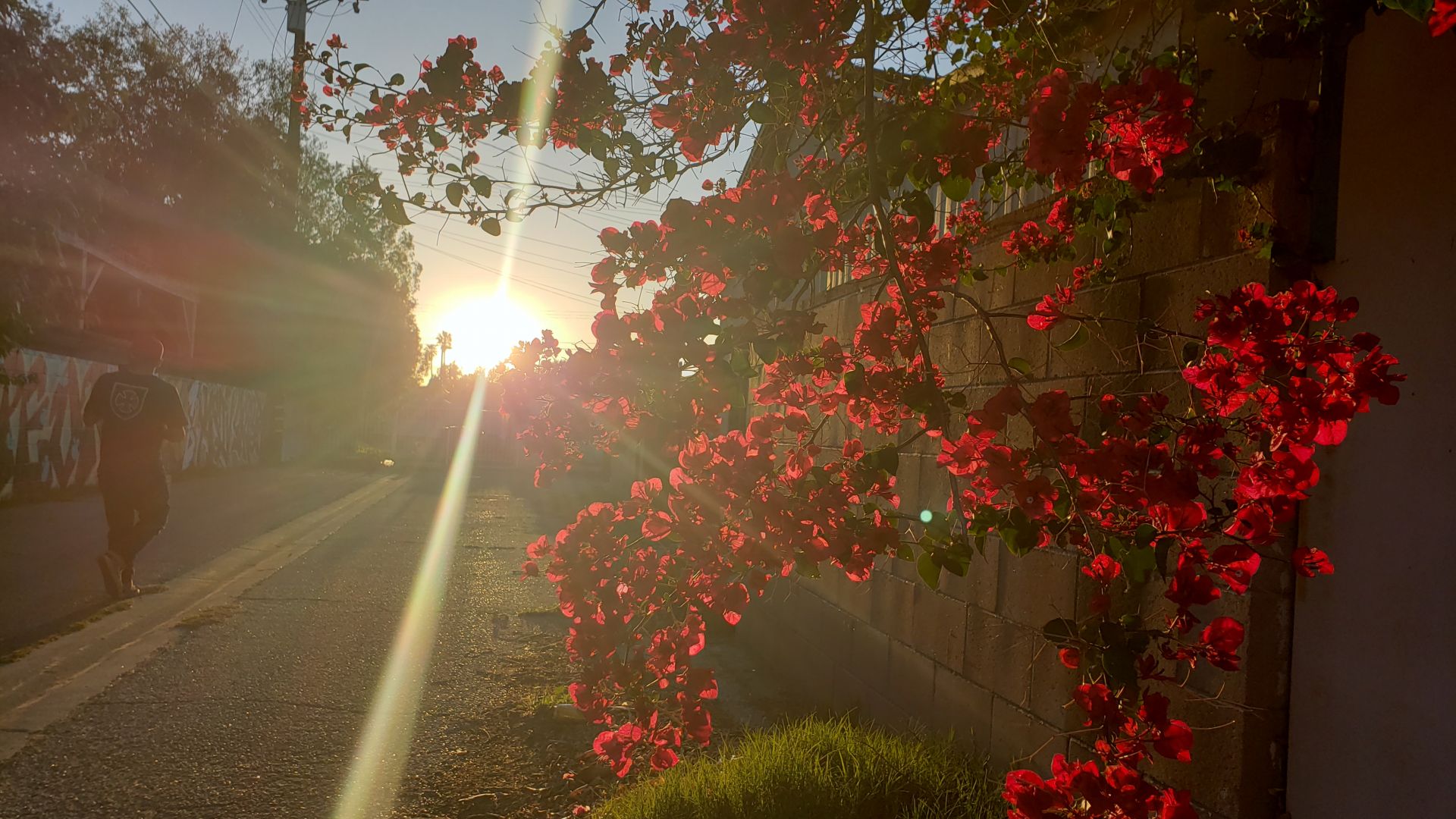 Can you open up a bit about your work and career? We’re big fans and we’d love for our community to learn more about your work.
My art is scattered in various mediums. I create short films, short stories, poems, paintings, drawings, screenplays. I am a woman in a sea of filmmakers screaming at the top of my lungs: “I want to tell you my story!” Sometimes it feels my voice falls upon deaf ears. I know that in my work, I bring something poignant and true. I was raised in the San Fernando Valley and that is the character I want to honestly portray in my art. As the child of Central American immigrants, I was brought up in a very Latino community. As I grew older, however, I came to find that there is a grand diversity in the 818. In high school, I gained Black, white, Armenian, and Asian friends. Many of them are of mixed race, and they are all people with unique stories to tell. When I left to study at UC Berkeley, I felt like I was a representative for my friends and family out in the Bay Area. I was representing home, and home is a powerful place.
Professionally, I am not exactly where I want to be. There is still a great deal of work to be done. Eventually, I would like to direct a feature film. It is a very possible dream albeit not right around the corner. Truthfully, I still struggle with self doubt. What if it never happens? What if my goals are merely a pipe dream? I work in food service and sometimes the weight of feeling overqualified for the job I have strains my mental health. It becomes a matter of needing to remind myself that every person’s process varies. I like to write down my goals and that, in turn, allows me to take concrete steps. Baby steps ARE steps. It doesn’t always feel that way, but I believe that the struggle of not knowing is rewarding in the long run. I’m here to make an effort. I’m here to tell stories. The first one I would like to tell is mine and of how the idiosyncrasies of my home forged my path. It took me a long time to believe that I am an artist but now I am confident that eventually, I will convert my art into a meaningful career.

Let’s say your best friend was visiting the area and you wanted to show them the best time ever. Where would you take them? Give us a little itinerary – say it was a week long trip, where would you eat, drink, visit, hang out, etc.
Monday: I’d start where major filmmaking takes place–Burbank. We could travel down Alameda and see Walt Disney Studios and just down the road on Riverside is Warner Brothers. Bob’s Big Boy for lunch, and maybe Jinya Ramen for dinner. The car meets usually happen on the weekends but you could always see a slew of classic cars cruising down Riverside Drive. Tuesday: Universal City is right around the corner off of Cahuenga Blvd West. We could go to Universal Studios Hollywood, and there are plenty of stores and restaurants at CityWalk. I would probably recommend In-N-Out though… it’s a California staple. Just down Lankershim is the NoHo Arts District. We could do some light thrifting at Iguana Vintage. My favorite bar is The Brickyard Pub on Magnolia Blvd. It’s a nice alternative when El Tejano is too packed next door.
Wednesday: Sherman Oaks has The Galleria. When you’re on the 405, the big lowercase “G” usually indicates that you’re almost back in the valley coming from Santa Monica. Maybe we could pop in there to watch a movie at the ArcLight (before it permanently closes). I’d make our way to Encino to visit Gelson’s Supermarket. Their chicken aioli sandwich and Caesar salad served at the Wolfgang Puck restaurant inside the market is incredible. Plus we can get a discount because my sister, Jessica, works there.
Thursday: Northridge is the next stop. CSUN is right in the center of the city. I would take us to Kogiya Korean BBQ off of Reseda Blvd. Rather than see a movie at Pacific Theaters at Northridge Mall, I would opt for Winnetka instead, it has reclining seats. For drinks in the evening, we could always circle back to Balboa and Devonshire for Lee’s Cocktails. It’s definitely a dive bar but a little bit classier than the Norwood on Nordhoff and Woodley.
Friday: Granada Hills Grubfest on Chatsworth. Rows of food trucks are stationed over the weekend and it’s always good vibes there. In Panorama City, there’s The Plant. There are drive-in movies happening right now.
Saturday: The Midnight Hour record store in San Fernando. It opened last September, and it has an incredible collection of records and knick knacks. Going towards Pacoima is Hansen Dam where we could take a long walk. In Arleta, right off of Osbourne and Woodman is Tortas Ahogadas where they serve an amazing chicken torta and fresh horchata.
Sunday: From my house in Sylmar, we could take Foothill to Balboa and make our way to O’Melveny Park. It’s a popular spot for hikes and I have good memories there (better than Stoney Point where I almost fell to my death). Maybe in the evening we could visit Downtown Burbank and watch a movie at AMC 16 with the IMAX screens. Drinks at Barney’s down the street, given that I am no longer banned from there. It’s a long story. 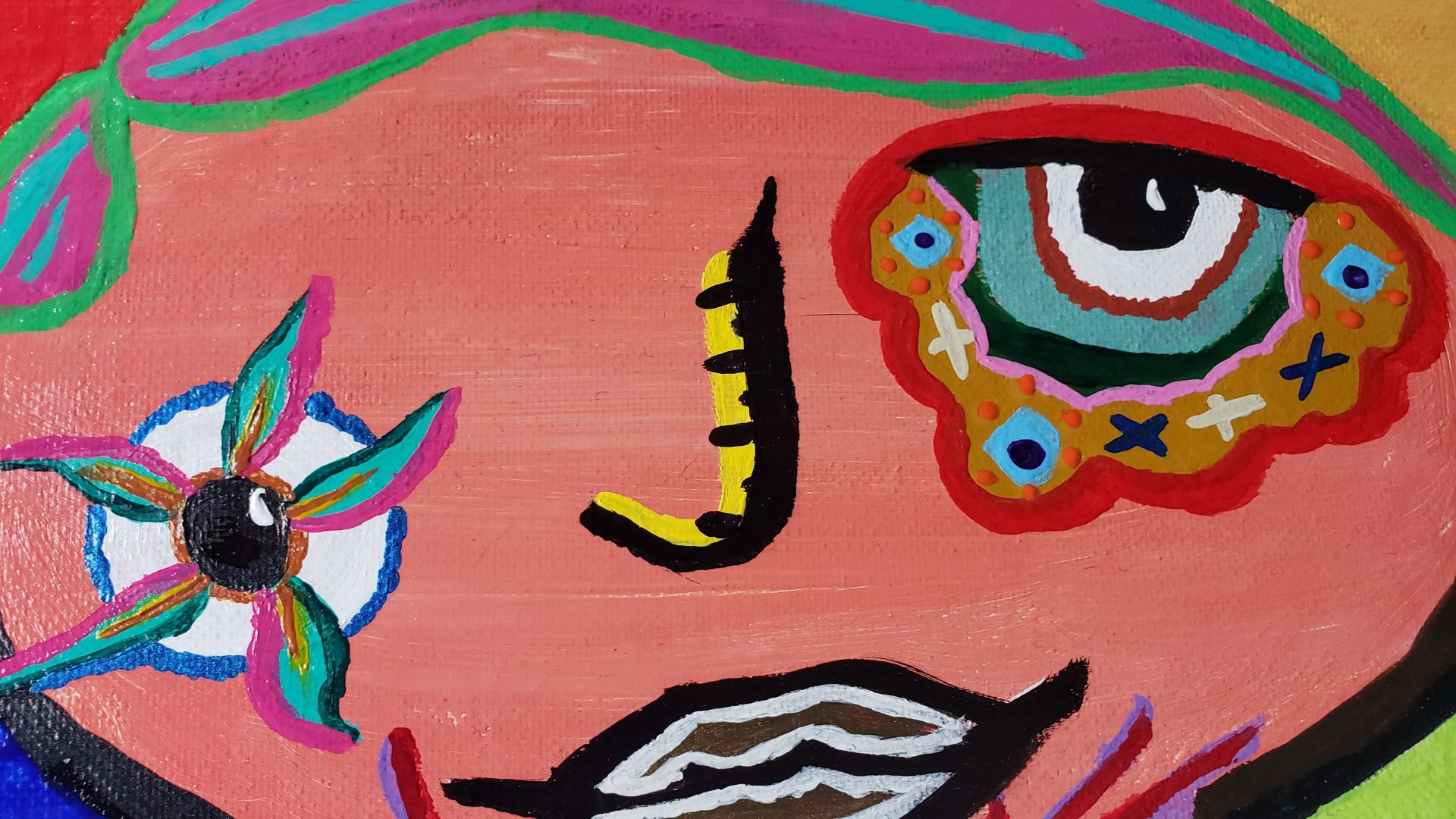 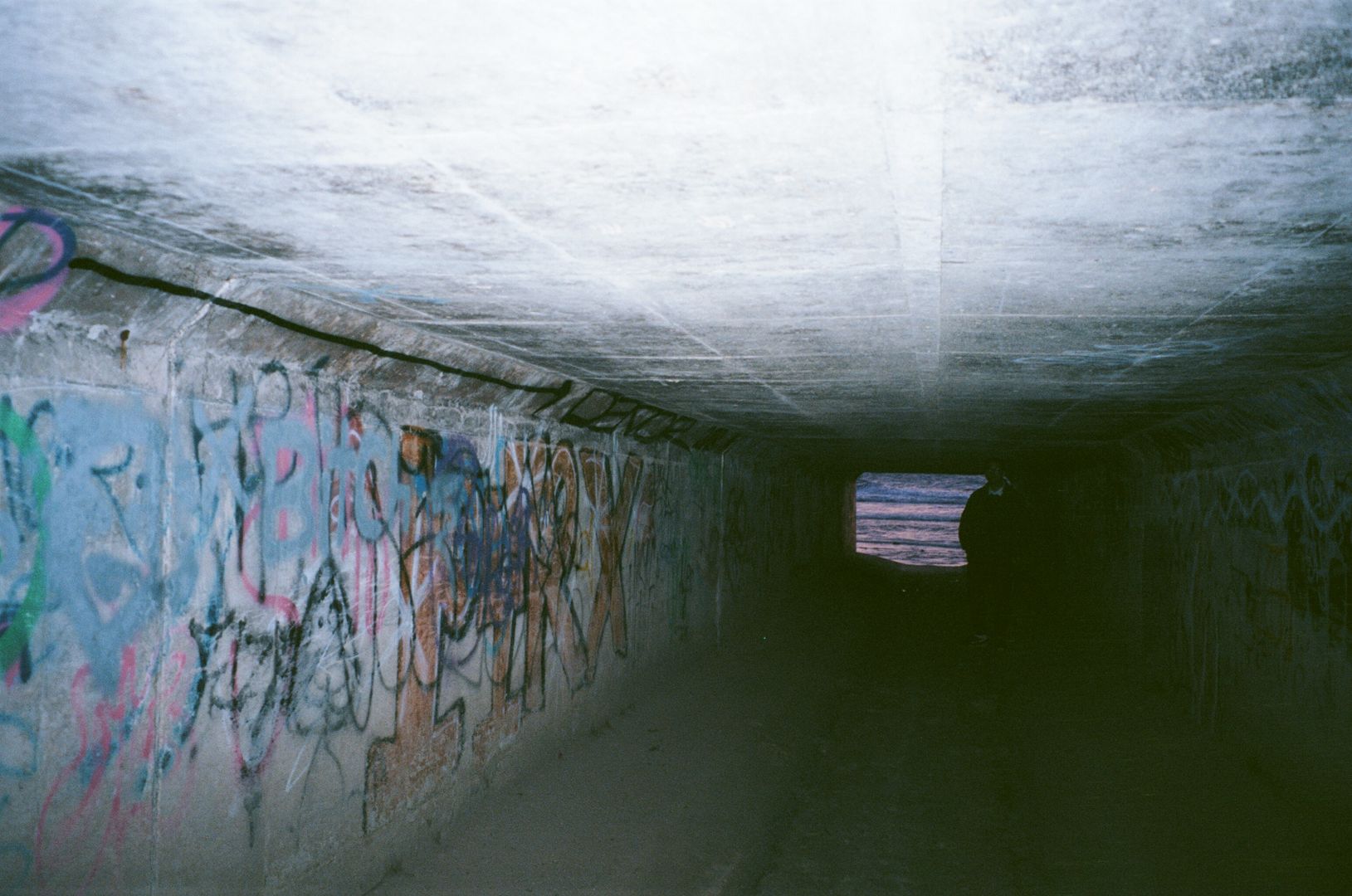 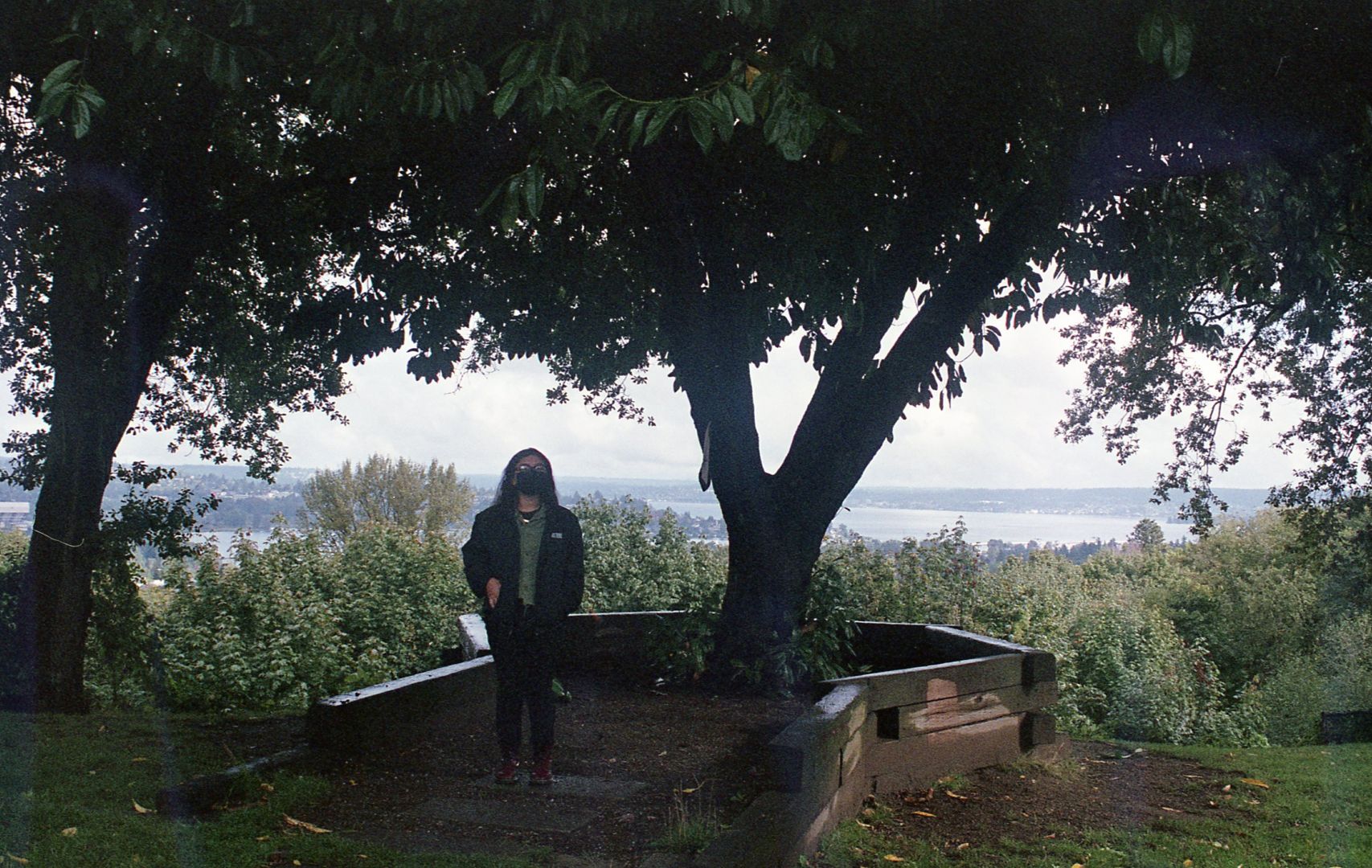 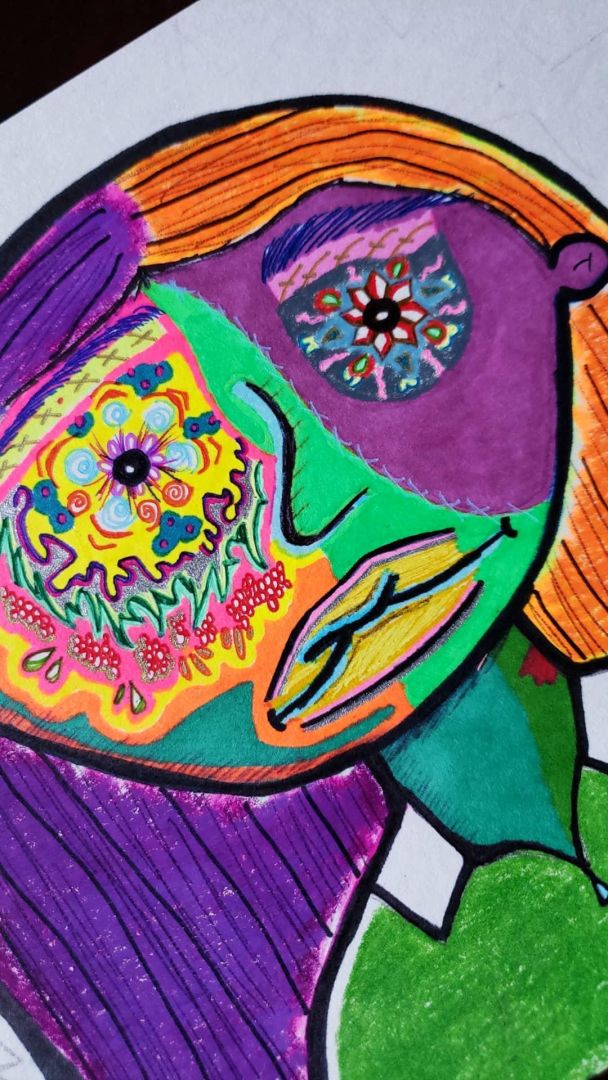 Shoutout is all about shouting out others who you feel deserve additional recognition and exposure. Who would you like to shoutout?
I’d like to dedicate this to my big brother, Miguel Peraza. To me, he is the epitome of a hard worker and the absolute most intelligent person I know.