We had the good fortune of connecting with Stephanie Tombrello, LCSW, CPSTI and we’ve shared our conversation below.

Hi Stephanie, what is the most important factor behind your success?
SafetyBeltSafe U.S.A. focuses on accuracy and attention to detail on the one hand and has reached for the sky on the other. Our mission, to reduce the death and injury of children and their families by the correct, consistent use of safety seats and safety belts, means we touted rear-facing travel past age 1 early on and developed and shared the 5-Step Test for belt fit in 2001 (now part of Louisiana law) but also, in 1984, our work inspired the late Congressman Glenn Anderson to carry a bill to provide funding for safety seats nationwide and in 1989, National Highway Traffic Safety Administration accepted our petition to require rear-seat shoulder-lap belts in vehicles. We also were part of the Congressional push that filled in the shoulder belts in the center rear seat. which had been denied in 1989, to become standard 20 years later. Our organization is highly local, holding community events regularly, and has offered technical training locally, California-wide, and in 1990-92, across the country as well. Our newsletter highlights local events but also provides up-to-date news. Our materials have been bilingual “forever”, it seems, with early on, a brochure in 9 additional languages. The safety seat checkup evolved from an early need recognized by our founding group–hands-on help in buckling up kids. From Lifesavers 2 in 1983 on, we have been represented as a speaker nationally to share both our technical and community-based insights. Just yesterday, a grassroots advocate shared our warning on fakes, calling us a “reputable” group:to us, high praise indeed. 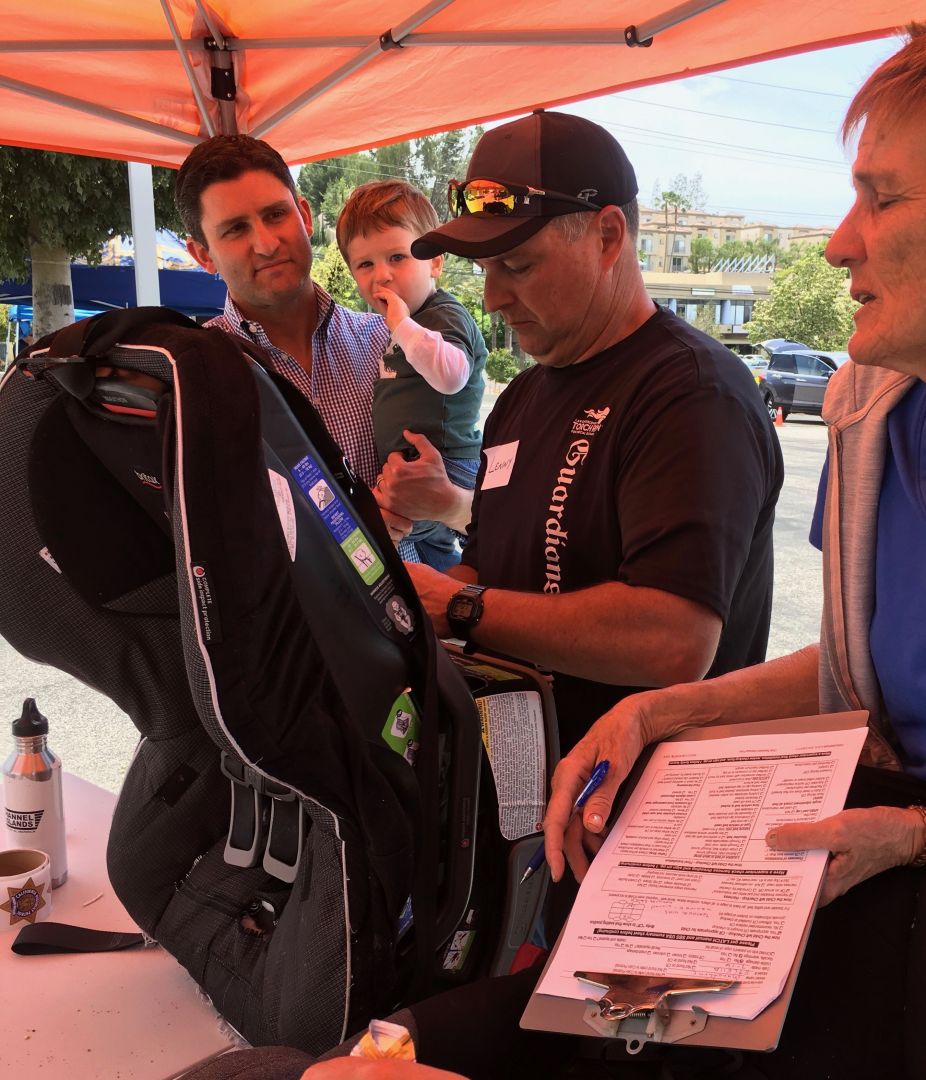 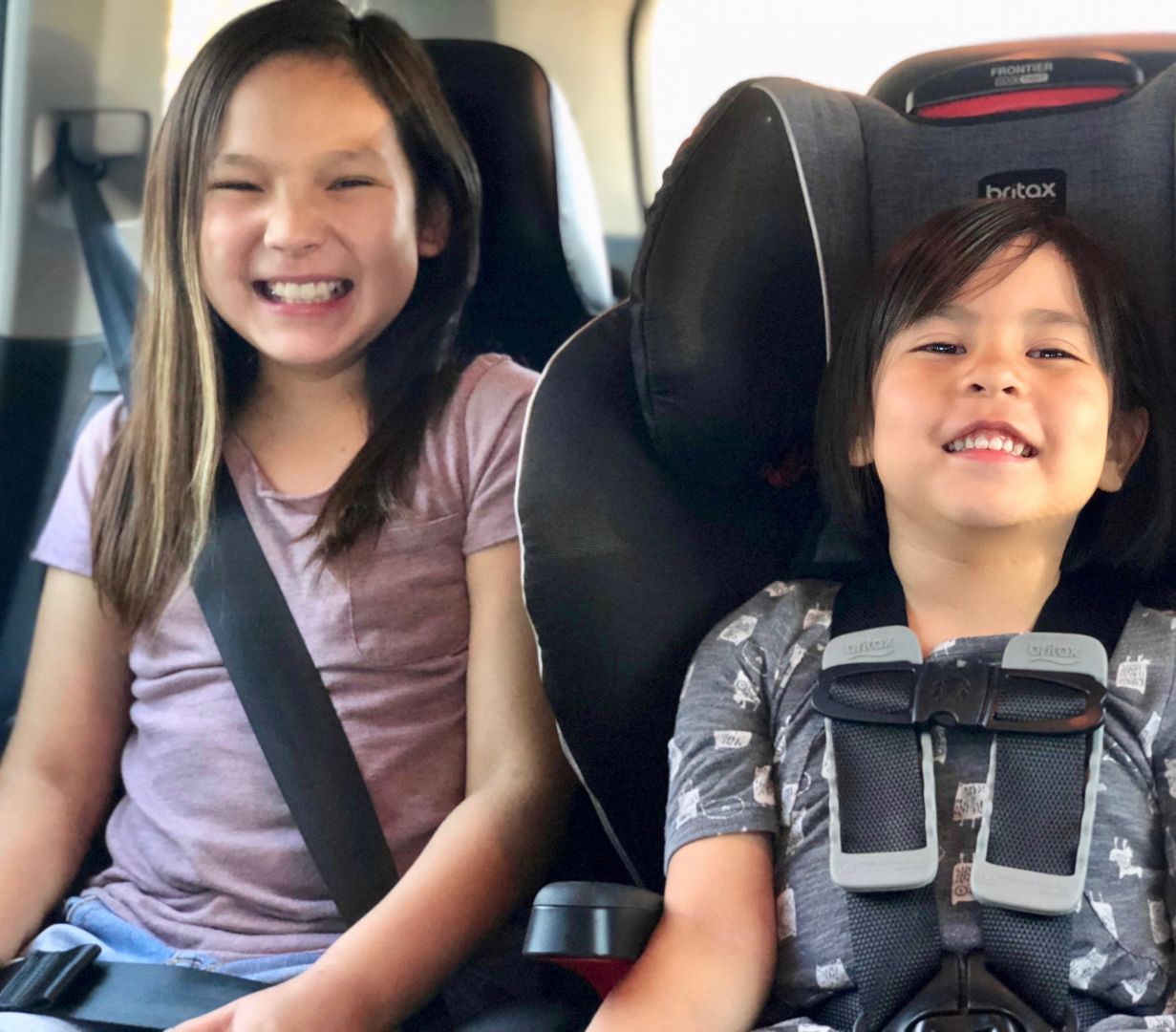 Can you open up a bit about your work and career? We’re big fans and we’d love for our community to learn more about your work.
Let’s do it! At Radcliffe College, I took a seminar focused on mental illness. Our small group was hospitalized in the state hospital to experience its environment, which led to our creating, in 1960, Wellmet Project, Inc., a halfway house for those who needed help relearning independent life; that non-profit now has 4 homes. In 1963, now living in Pasadena, I was graduated from USC School of Social Work, and began my professional career, working in L A, near Ithaca, NY, near Cambridge, England, & in Van Nuys, providing help to families with troubled kids and teens and others who were receiving care, primarily associated with hospitals. Community organization is another aspect of social work practice which is what I have pursued since the 1980’s as I became more knowledgeable in child passenger safety. Women for Political & Social Action, the small group of Caltech-associated women, was the bridge. We had amazing impact for a small group and even, in the ’70’s. started the child care center at Caltech of which I was the 1st Chair, bringing that project along. Caltech now embraces it fully and takes pride in its existence! SBS USA never was planned to have national scope; however, as other non-profits on the scene closed their doors, we opened ours officially as a national resource. Never underestimate the effect of folks with a passion to reach a goal! 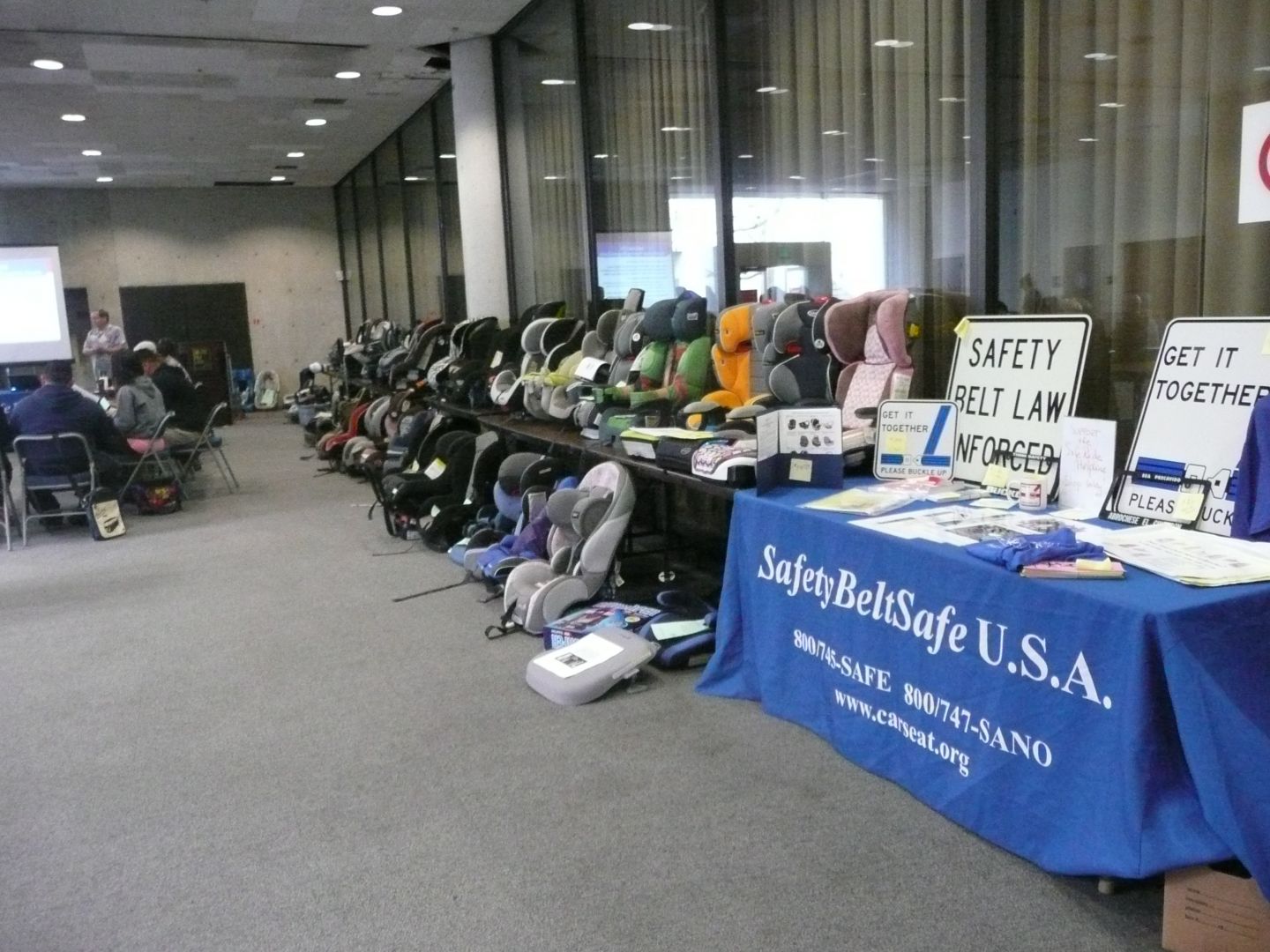 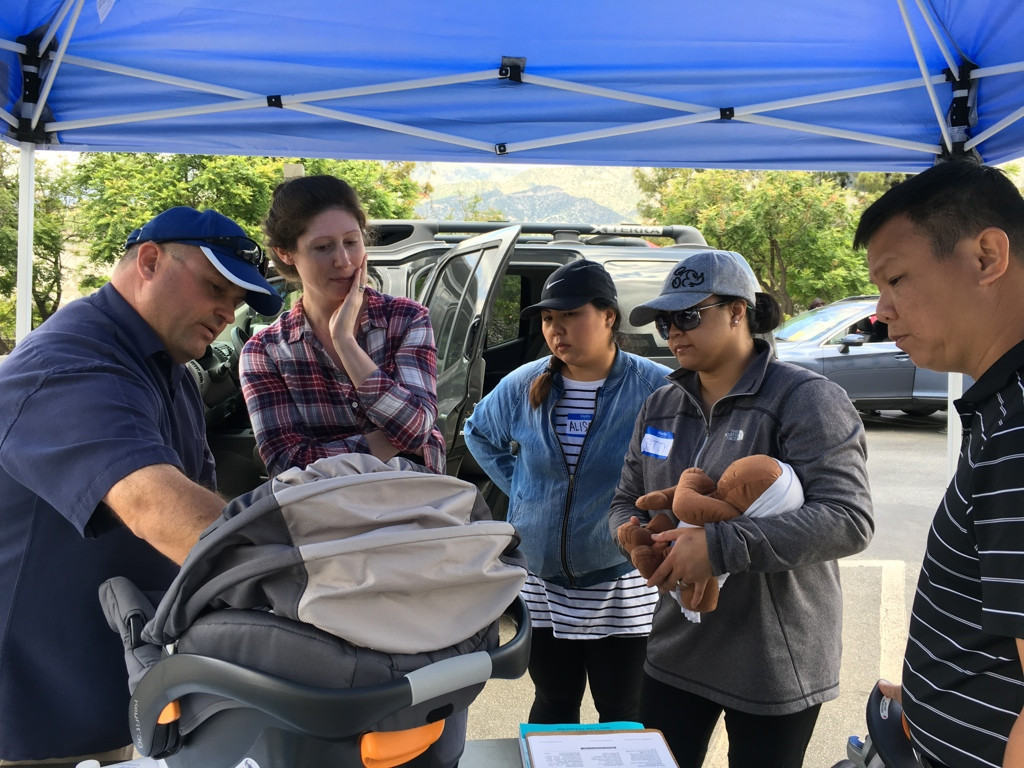 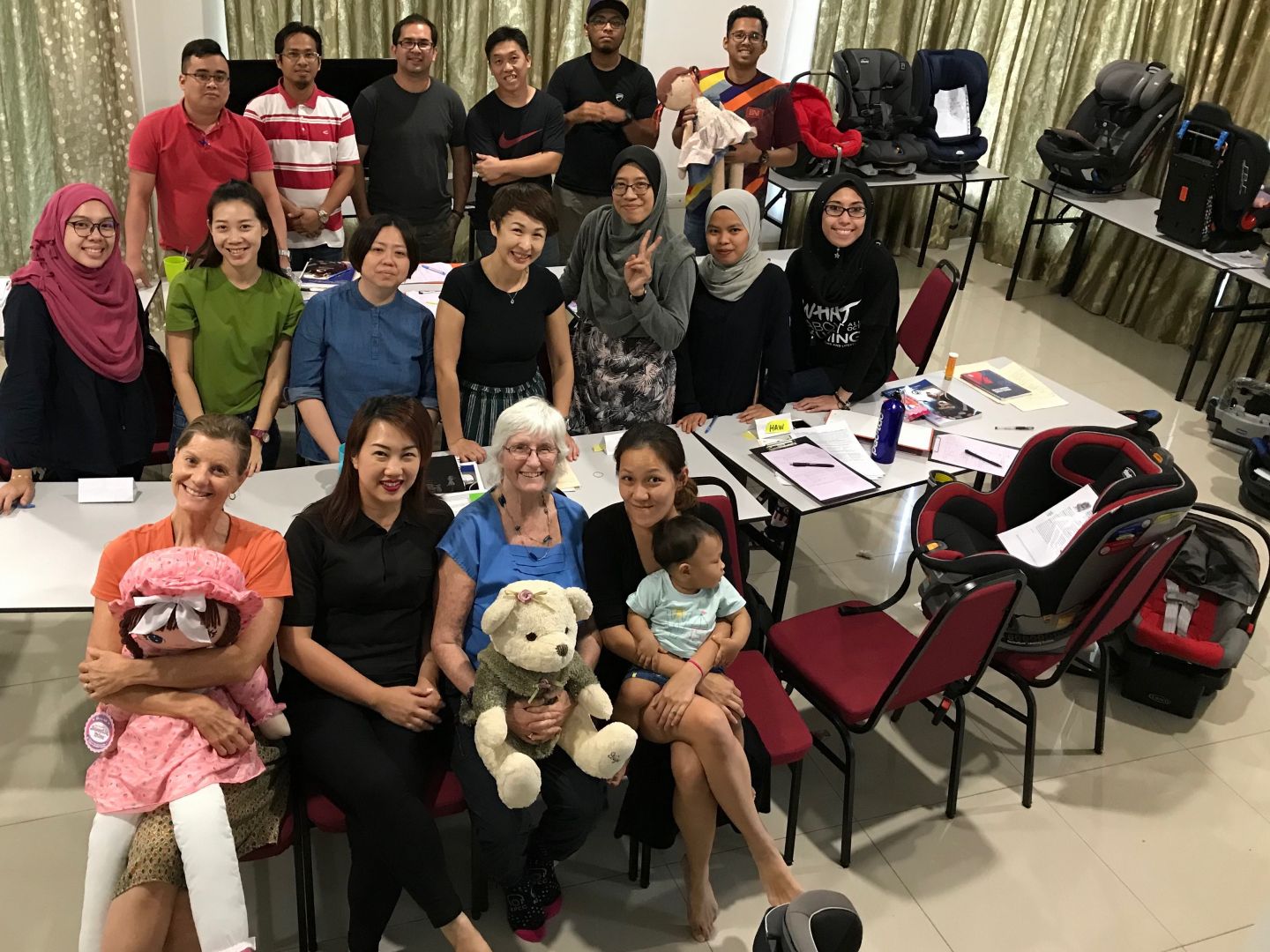 If you had a friend visiting you, what are some of the local spots you’d want to take them around to?
I would turn them over to my granddaughters! When my nephew came to live with us for a summer, I offered him a day in which I would drive him around Los Angeles County, and that was a great adventure. I recall he asked to visit American Honda which I could arrange. Just a couple of years later, he was a passenger in a Honda when the driver came around a bend to find a vehicle parked across the highway. Buckled up, his life was saved by the vehicle features handling those incredible forces! I love the diversity of Los Angeles–in culture, geography, ideas. While we have many failings to be addressed, the solidity of the mountains, the majesty of the sea, jazz concerts and the L A Phil at the Hollywood Bowl, the beauties of science explored and exposed at Caltech, the joys of the Huntington Gardens in history, art, nature; the growth of the L A Zoo, horseback riding at Griffith Park–& the cowboys of Compton, the ingenious Watts Towers, the high desert of Lancaster-Palmdale–and the experiences of going to communities to share information and then learning about their special spots. Did you know that author Michael Connelly has a real relationship with San Fernando P.D.? Have you ever visited Roma in Pasadena for the superb Italian sausages, cheeses, cannoli, stuffed peppers……& fresh oranges? 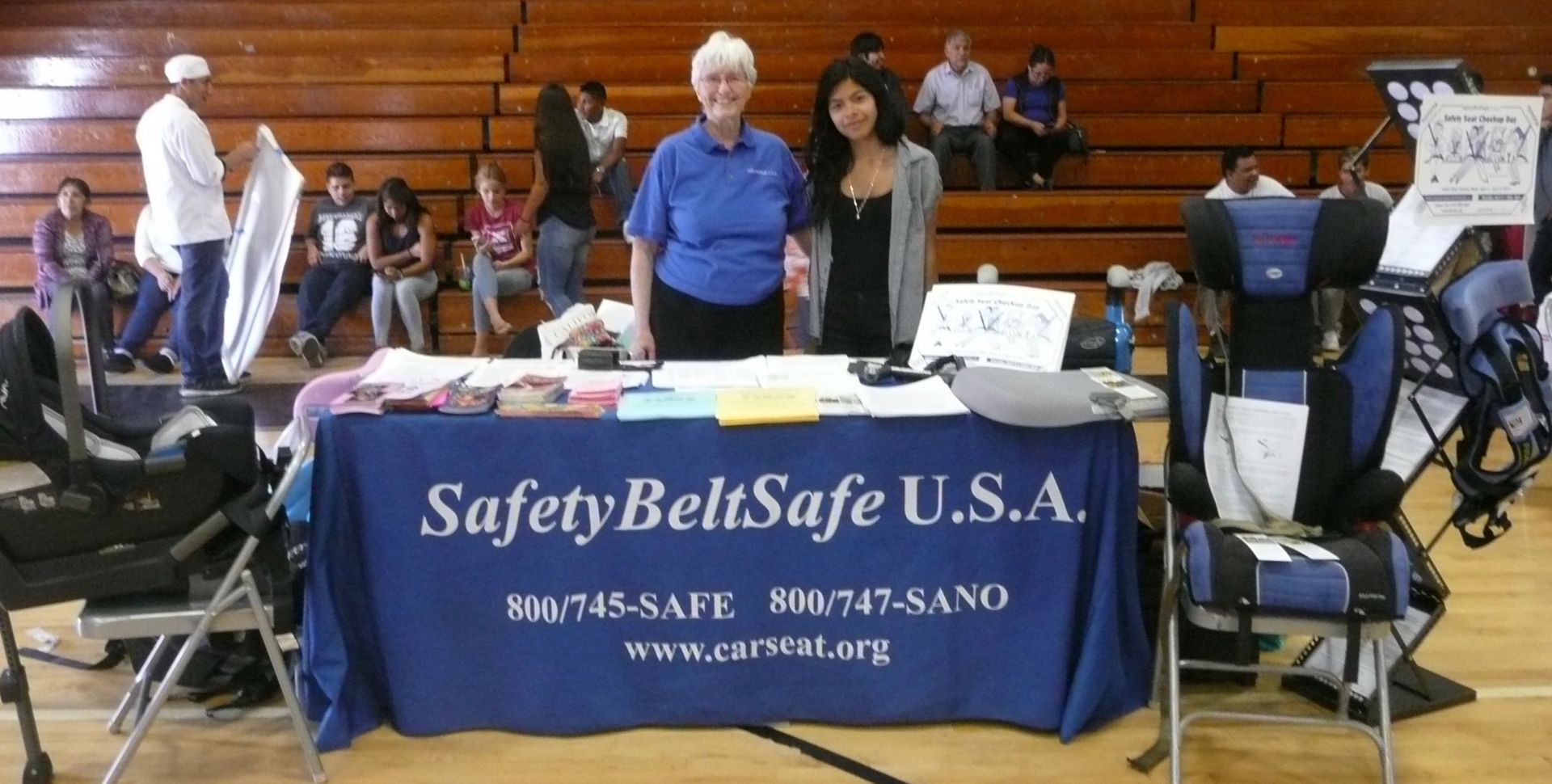 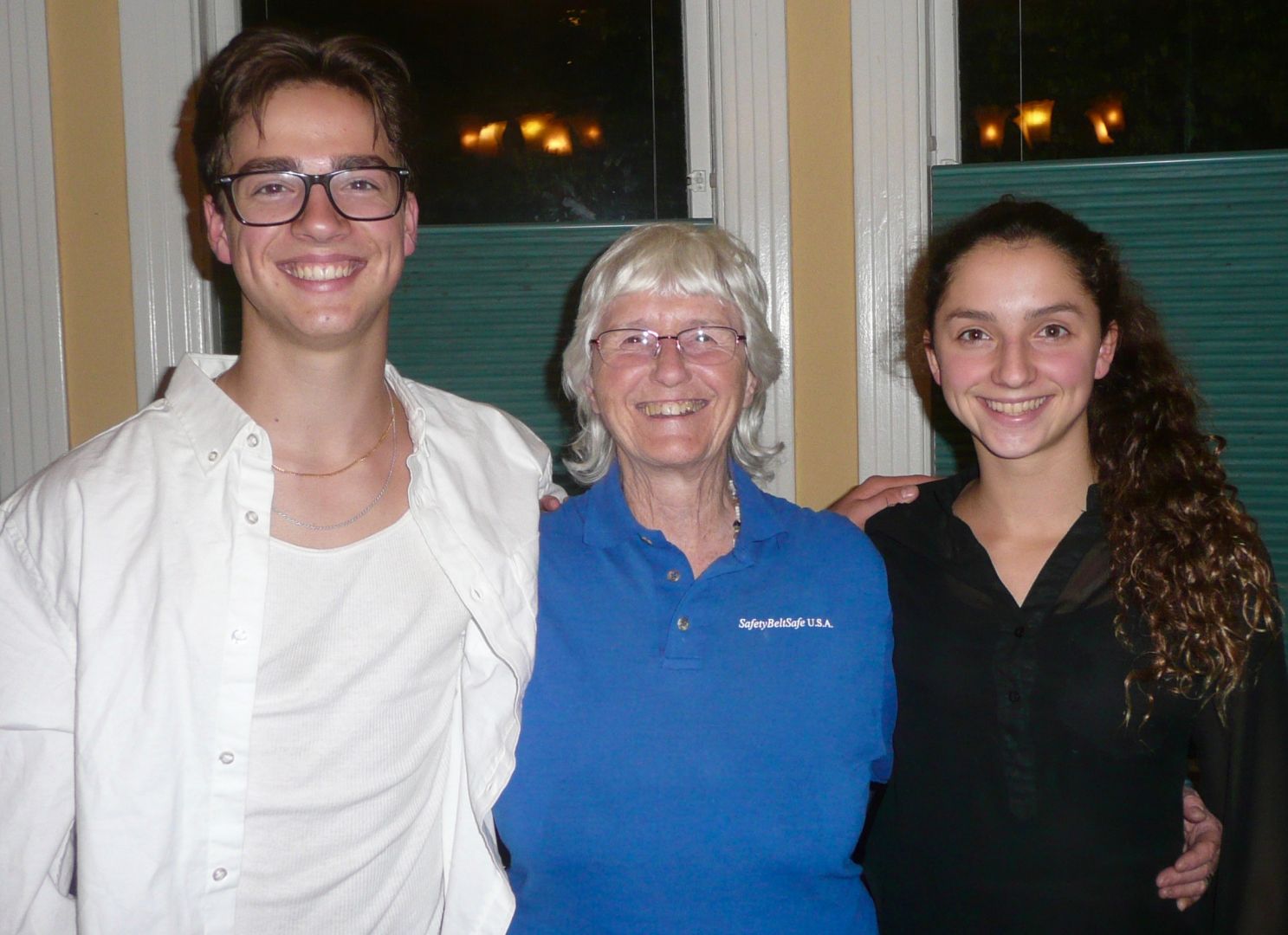 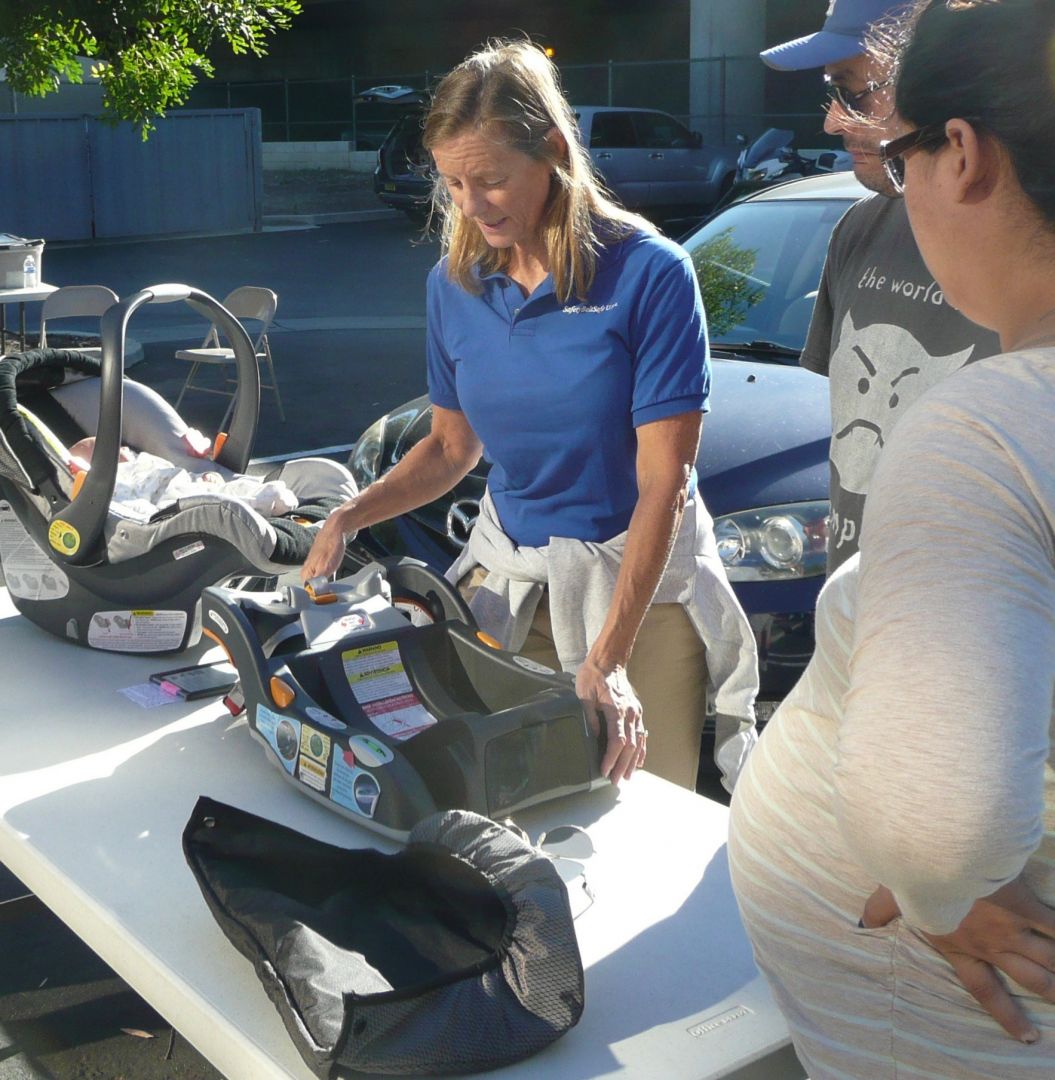 Who else deserves some credit and recognition?
My friend Pam Lodish sent me a Woman’s Day column by Julie Candler, the 1st auto columnist in major media, describing the need for a crash-tested safety seat because I had returned to the U.S. with my daughter Kerstin, only 5 months old., who, she knew, was my main joy. Shocked by the evidence that ignorance was killing children, I went to a gathering of women who were concerned with consumer issues. After successfully exposing supermarket differences in varied neighborhoods and investigating drug price issues, leading to new CA law, the small group turned to child safety in 1972. Annemarie Shelness, the key initiator of the field of child passenger safety, modeled attention to detail and accuracy based on science. In 1980, Tom, my husband of 3 years, encouraged me to accept an invitation to attend a nationally funded gathering in CA on child passenger safety. Due to our original project, I “knew more” so was invited to help set up the 1st CA CPS conference where, in 1980, SafetyBeltSafe U.S.A. was created by 15 Angelenos as a local child passenger safety association. Now 40 years later, our non-profit is leading the charge against fake & counterfeit products to “protect’ kids in cars and to get the risk to children of the impaired drivers in their families known, since 55% of children dying in car crashes with impaired drivers, are riding with the impaired driver. Kerstin Arusha focused me, Julie & Annemarie inspired me, and Tom Tombrello allowed me to spend the time and energy to pursue the goals of SafetyBeltSafe U.S.A., which has attracted dedicated and talented members who make the difference.

Website: www.carseat.org
Facebook: SafetyBeltSafe U.S.A.
Other: Our Helplines are 800/745-SAFE or 800/747-SANO for personalized assistance in protecting kids in the car–whether as an individual, a professional, or a community advocate who wants a better environment for families.