We had the good fortune of connecting with Timmy Ong and we’ve shared our conversation below.

Hi Timmy, we’d love to hear about how you approach risk and risk-taking
Talks and questions about risks and risk-taking hold a special place in me, because I used to work a corporate job–in the Risk Management department–before I transitioned to be a full-time actor. In the nine years that I have worked as an actor, I still think about the lessons and tools that I learned from that time, and how I can apply them.

I think I am actually pretty risk-averse by nature, because I can be a worrywart. I overthink and scare myself! But, in response to that, work and life experience have taught me to make plans to prevent or mitigate any potential risks that I can clock, and in turn, take risks in a calculated way!

As an actor, the idea/mindset that I strongly subscribe to is “do it scared!” When I am in a show, I often have a moment of illogical but absolute terror backstage right before I first step out and face the audience. In that moment, thoughts of something and everything going wrong creep in, but I take a breath and step onstage anyway. I think terrifying moments like that happen in other parts of my life too, but it all boils down to a fear of the unknown. In those moments of terror, I just need to take a breath, go for it, and trust that my preparations have got the risks covered–that everything will be okay!

The biggest role–or, more like reward–that taking risks has played (or given me!) in my life and career is expanding my artistic career and life from Malaysia to New York City! I was born and raised in Malaysia, and worked there professionally as an actor for six years. But after six years, I felt like I needed more, and so I took the biggest risk in my entire life and moved to New York City. I trusted that my skills and experience were enough for me to take on a bigger market, and whatever that I lacked, diving headfirst into the industry would be the best way to find out. I am so glad I took the risk, because I have been in the Big Apple for three years now, and I am very happy working and living! 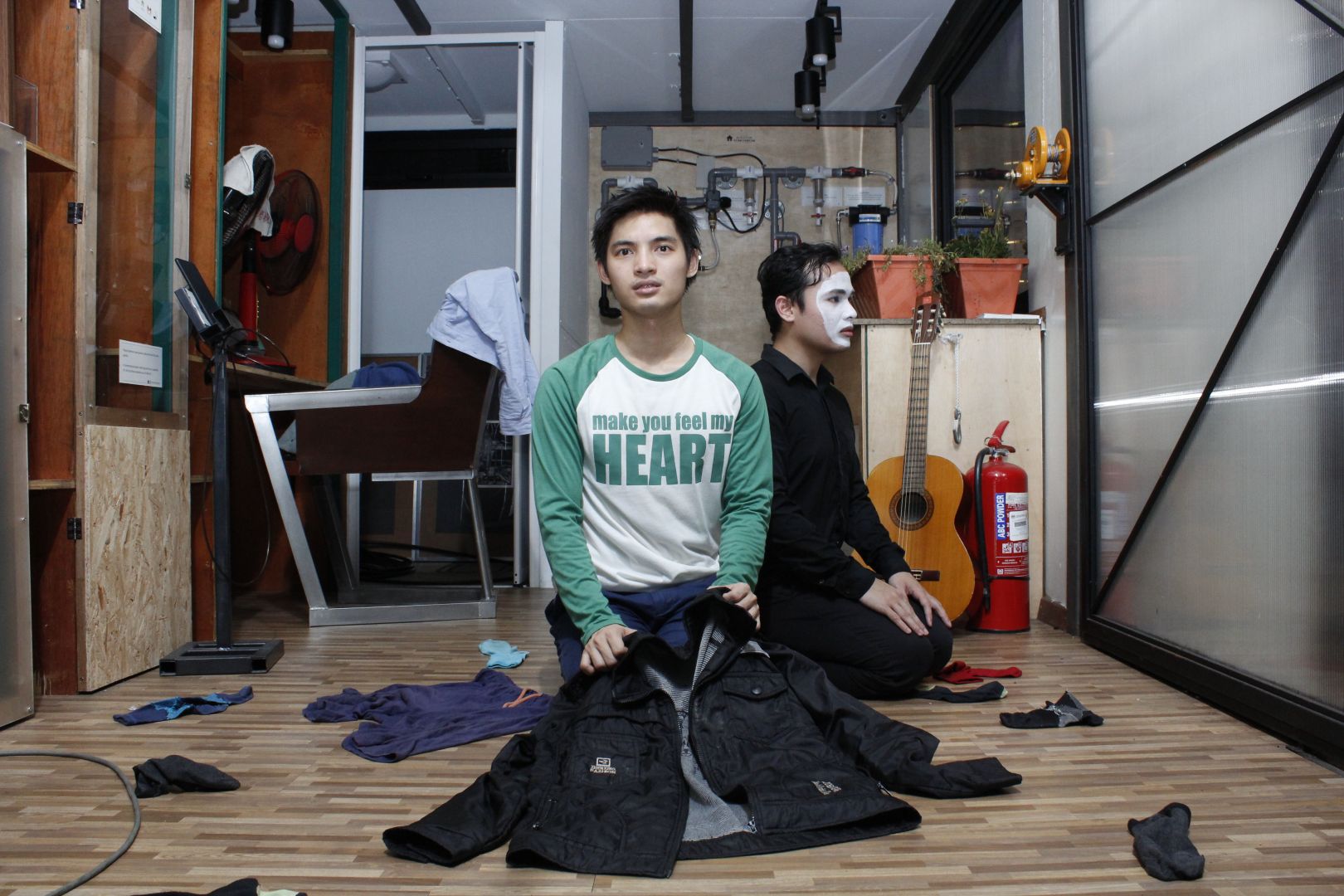 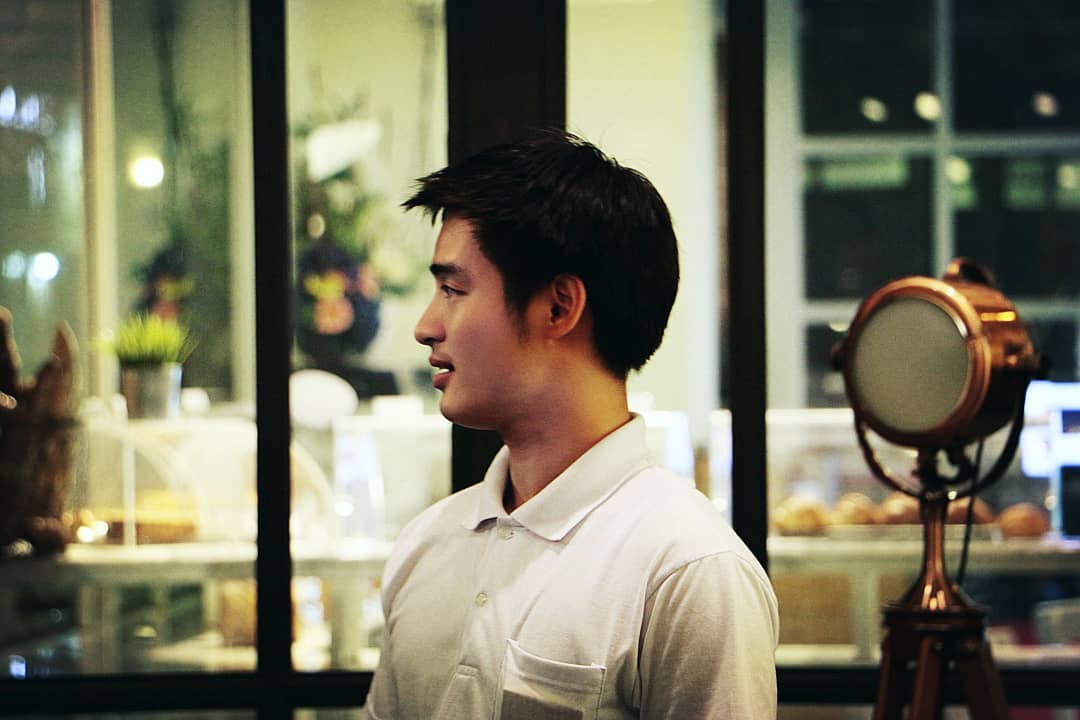 Can you open up a bit about your work and career? We’re big fans and we’d love for our community to learn more about your work.
I am an actor, who also sings, dances, writes, and plays the cello. I take pride in having experience in acting, music, and dance, but not being “traditionally trained” in musical theater. While I consider myself an actor first, my entry into the performing arts was actually music.

My journey in the arts was definitely not an easy one. I have known I wanted to be an actor since I was a child, but my traditional Asian parents simply could not understand the ambition. They also financially could not support it. However, they did recognize the importance of the arts, and I eventually began piano lessons at 14 years old, when the family became better to do. Music as an artform was more tangible to my parents, as they both socially sang–although, my late father had a big operatic voice, albeit untrained.

However, it was during college that I had a total artistic breakthrough. Although I went to a technology institution, majoring in IT, which was what my parents wanted, my college had great extra-curricular programs in the arts. There was an orchestra that accepted everyone regardless of their musical training, I joined them picking up the cello, and never looked back. It felt like the cello chose me, because I was never as good at the piano as I was on the cello after playing for just six months! I soon bought a cello of my own, and graduated as principal cellist of the orchestra.

There was also a theater club, which gave me my first serious acting training. The instructor, who was also a professor at the college, had dual training in civil engineering and theater. He took his art as seriously as his science, and made me see that there was a possibility that I could do both. And then there was the university dance troupe, which I joined when I realized that I needed more physical training to be a better actor. And then I really fell in love with dance too.

After I graduated from college, taking inspiration from my theater club instructor, I pursued a dual career in corporate and the arts. I worked a day job, and auditioned, rehearsed, and performed professionally in the evening. I also continued to take lessons to keep myself competitive. I initially worked a lot in theater, including musical and dance theater, but eventually began transitioning into film and TV work. After six years of growing both careers, I was hit with a realization: I was very, very burnt out. I literally worked seven days a week most days, and with both sides demanding more of me, I could no longer maintain both careers. I had to make a choice, and it was easy and hard. Easy, because the corporate life was what my family wanted for me; my heart was always in the arts. Hard, because I was so used to the comfortable life that a corporate job afforded, and had never worked as a full-time freelancer before. However, feeling like I paid my dues, I quit my day job, and worked as a full-time artist.

Very soon after, I realized that the US was where I wanted to be as a full-time actor, and began the arduous process of uprooting myself halfway across the globe. It was the biggest decision I have ever made for myself in my entire life! Figuring out the money, the visa, and the long-term relocation was definitely not easy, but I am thankful that my corporate days gave me the monetary safety net to make the transition, as well as the leadership and risk management skills to manage this “project” of my life. It took me close to a full year to wrap up my life in Malaysia and finally make the move, but with patience and a whole lot of faith, I did it: I moved to New York City and have been here for three years now. I am still excited about expanding my career in the greatest city in the world! Of course, I could not have done it without the kind, generous support from my friends and colleagues.

Through this process, I learned that I could do or take more than I give myself credit for. In the process of transplanting myself to the US, there were many moments that I felt like giving up, because I did not think this dream of mine was actually attainable. But breaking down the dream into small, baby, bite-size steps definitely made it feel like “I could do this!” Quick wins and short-term goals are as important as long-term plans!

I want the world to know that I am tenacious, and my story is a story of tenacity. I have always taken pride in being a hardworking person, but after my successful relocation to New York City, I now proudly and loudly say: I really work really hard to get what I really want, as a person and as an artist. My ability to dream big and then slowly chip away at it is what sets me apart. I hope my story is able to inspire others to also go after their biggest dreams. If there is a will, there is a way–it just depends on how bad you want it! 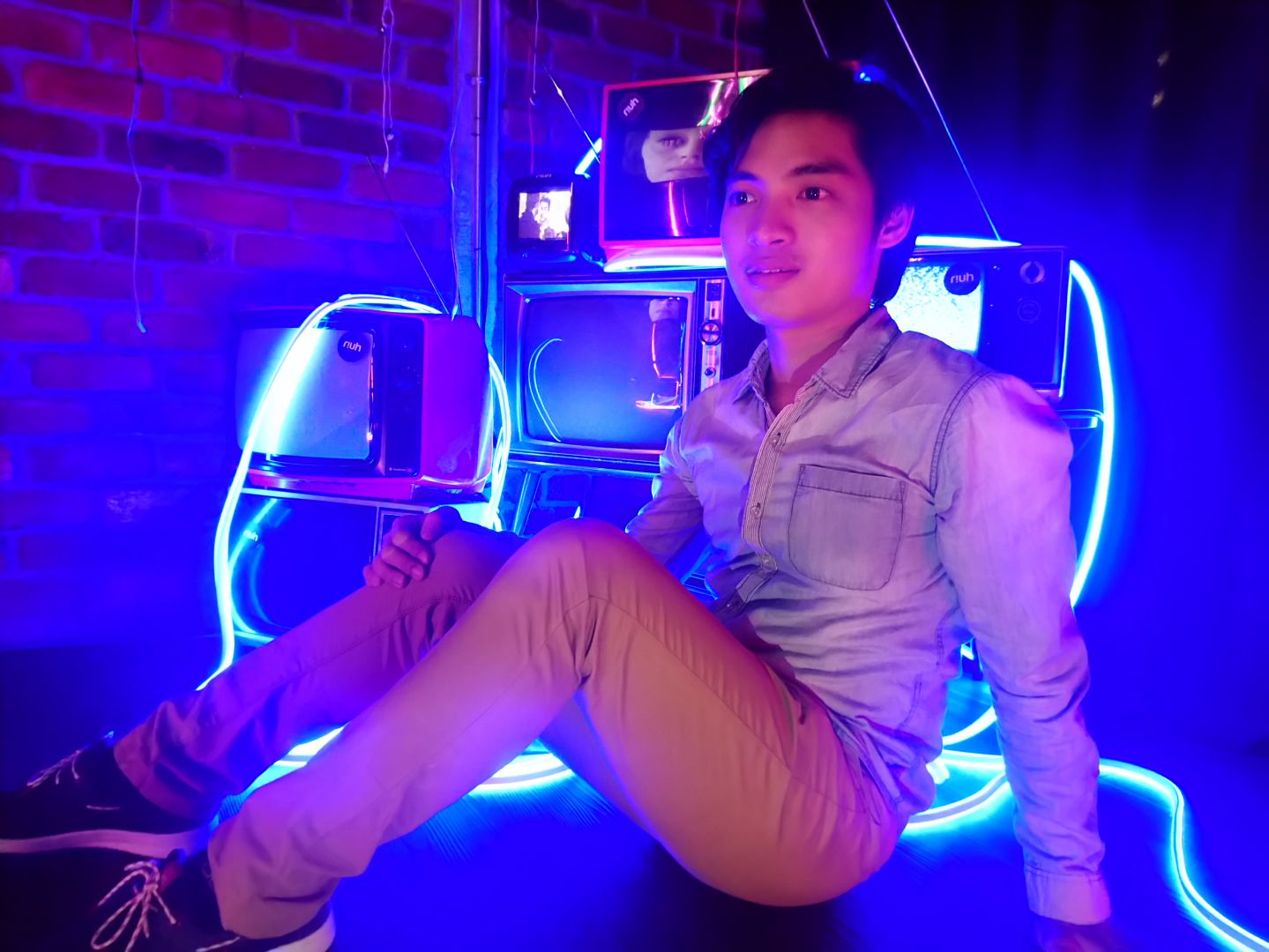 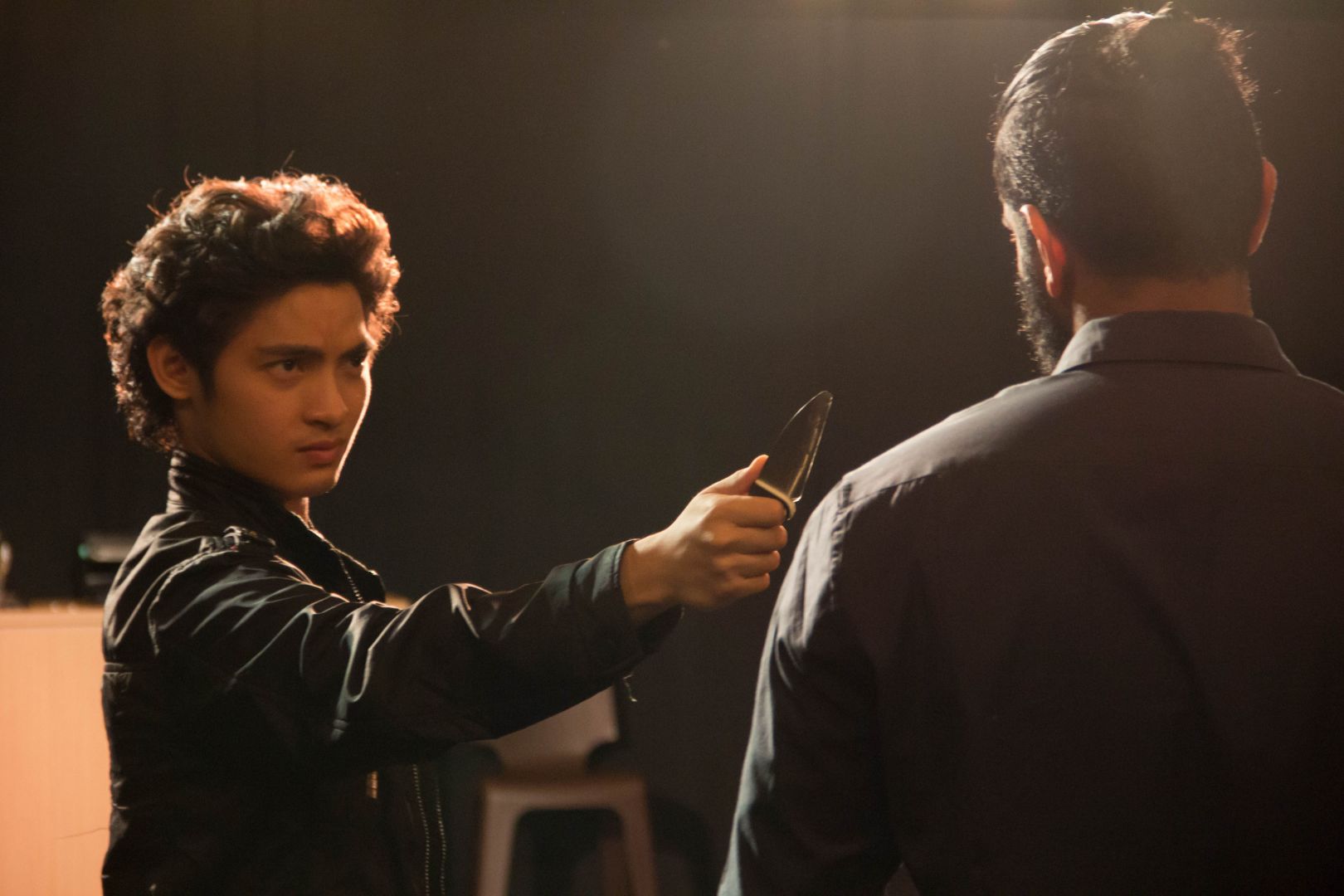 If you had a friend visiting you, what are some of the local spots you’d want to take them around to?
If you mean LA, unfortunately, I have yet to visit! However, when I do, this is roughly the plan!

Grand Central Market is a must-go for me, because I love food. While we are in the area, we can head to the Museum of Contemporary Arts for a little bit, because I love getting inspired at museums. We can just explore downtown LA in general, and perhaps end the night with a concert by the LA Philharmonic at the Walt Disney Concert Hall.

Next, we would spend a whole day at Universal Studios or Disneyland. We can try going to one after the other (on different days) on a single trip to LA, but definitely not back to back because I think I would be too exhausted. Between Universal Studios day and Disneyland day, we can head to the Getty for a change of scenery, to bask in some nature and architecture, and then perhaps also the beach for some relaxation. I can’t decide which beach to go to, but I guess Santa Monica works for me?

I would also visit Amoeba Music to check out some music! After that, perhaps take a stroll along Hollywood Boulevard, since we are already there. We can stop by Hollywood & Highland too when we stroll past it.

Other food places I am thinking of exploring include Republique, Soban, Philippe the Original, and the Original Farmers Market–followed by the Grove since it’s adjacent!

I am not one to enjoy nightlife too much aside from watching shows. So, if I feel like it, I might go see plays or watch some stand-up comedy in the evenings!

The plan is not very concrete, but I think the places that I mentioned would be aplenty to fill my senses when I am in LA! More to come when I actually plan the trip! 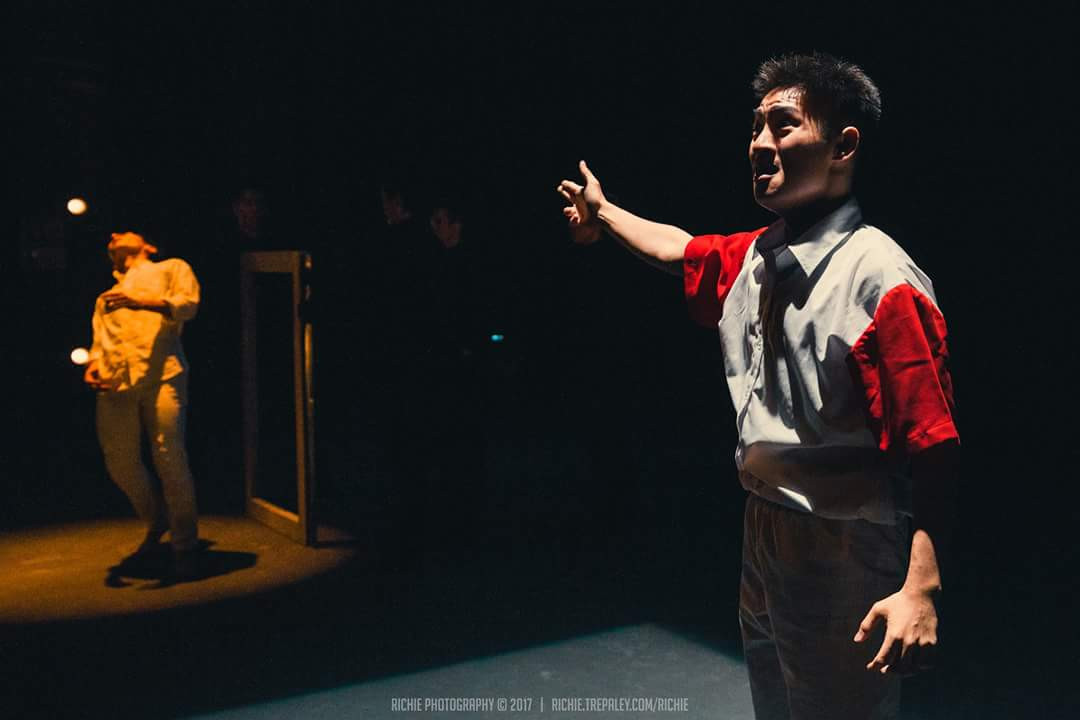 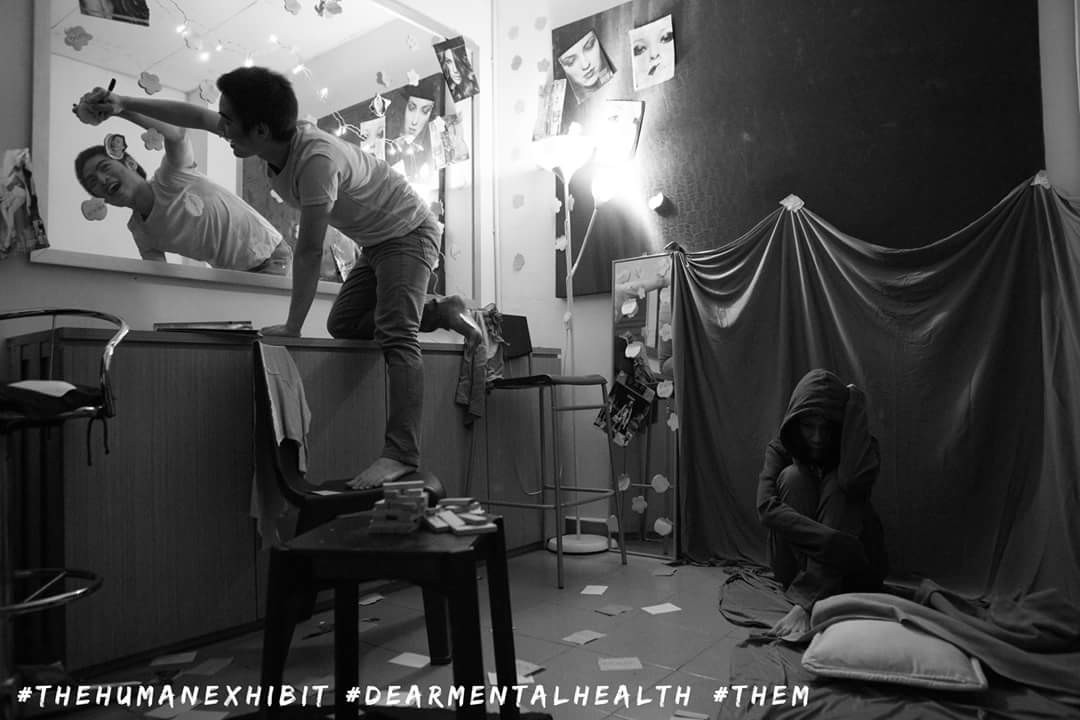 The Shoutout series is all about recognizing that our success and where we are in life is at least somewhat thanks to the efforts, support, mentorship, love and encouragement of others. So is there someone that you want to dedicate your shoutout to?
Like I mentioned earlier, honestly, all my friends and colleagues in Malaysia deserve the credit and recognition for my success! When I told them that I was making a move to the US, I received nothing but support in every shape, form, and size! People really helped in whatever way they could. Before I left, I held a small fundraiser/farewell concert. Friends not only attended it; some who worked in the industry even volunteered to take care of the day-of logistics so that I could focus on performing and entertaining guests. Some friends gave me winter clothes. A couple of old friends even subsidized the cost of my long flight! Their generous help really made my big transition less terrifying and much more heartful! And I know they are still cheering me on from a distance! 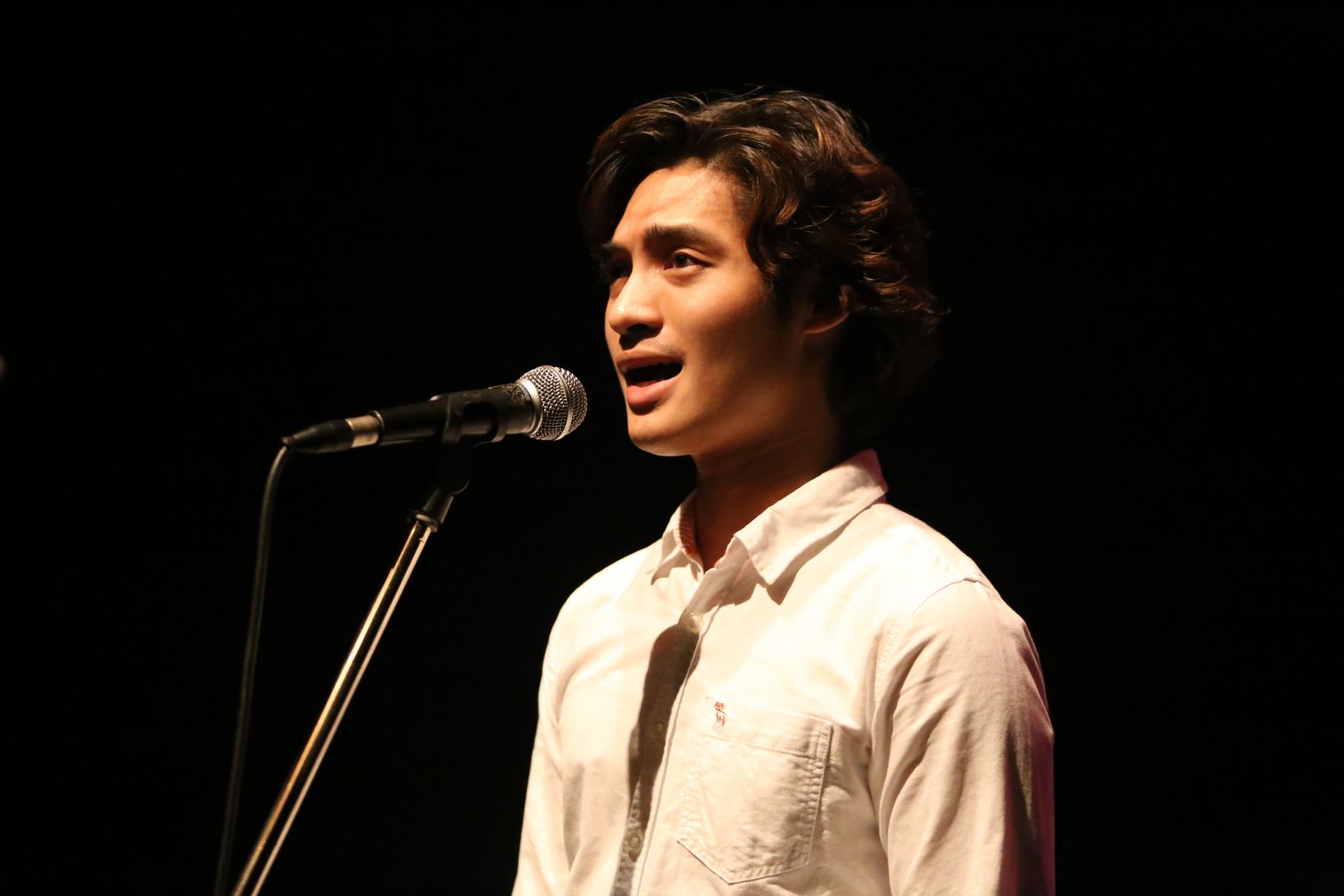 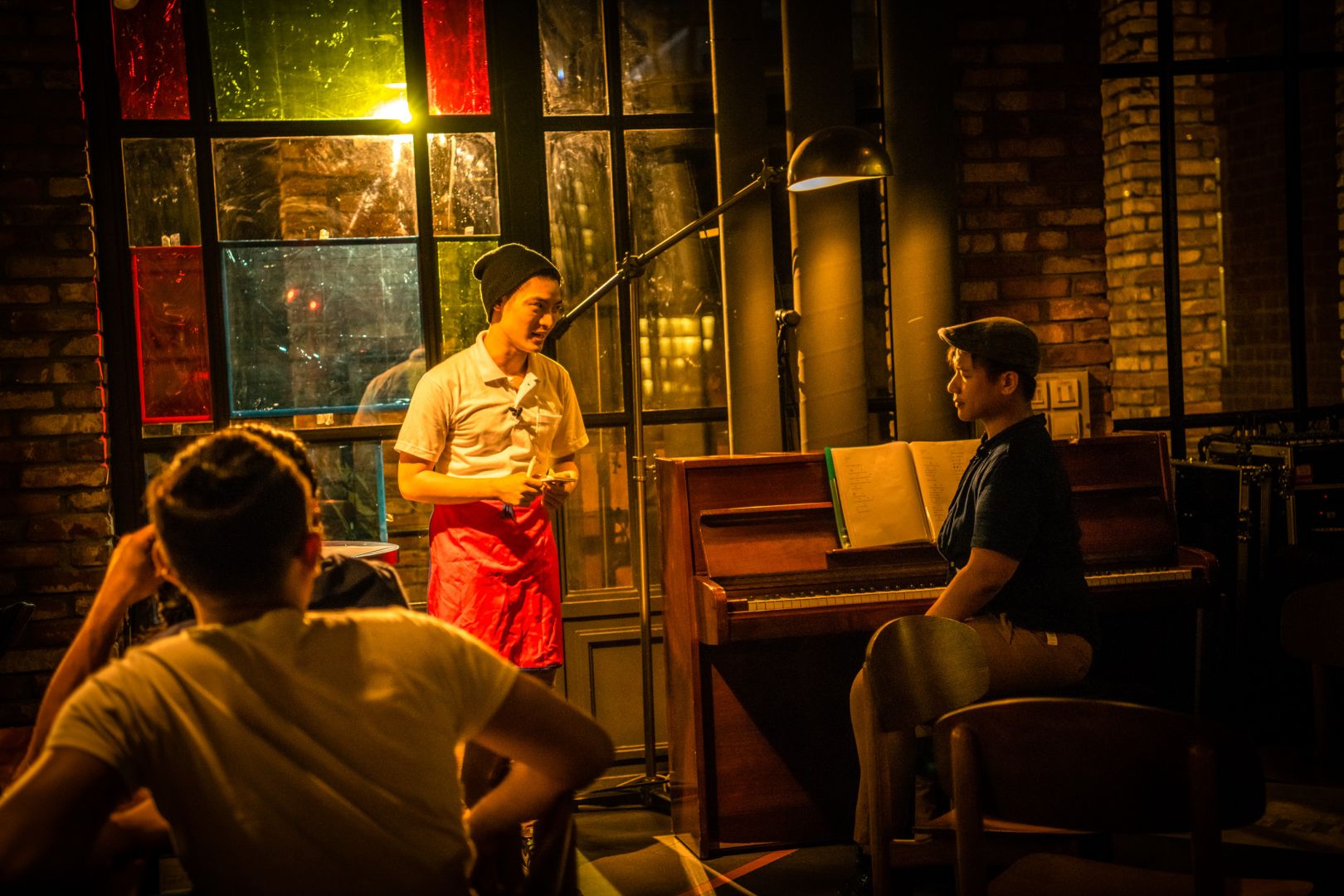 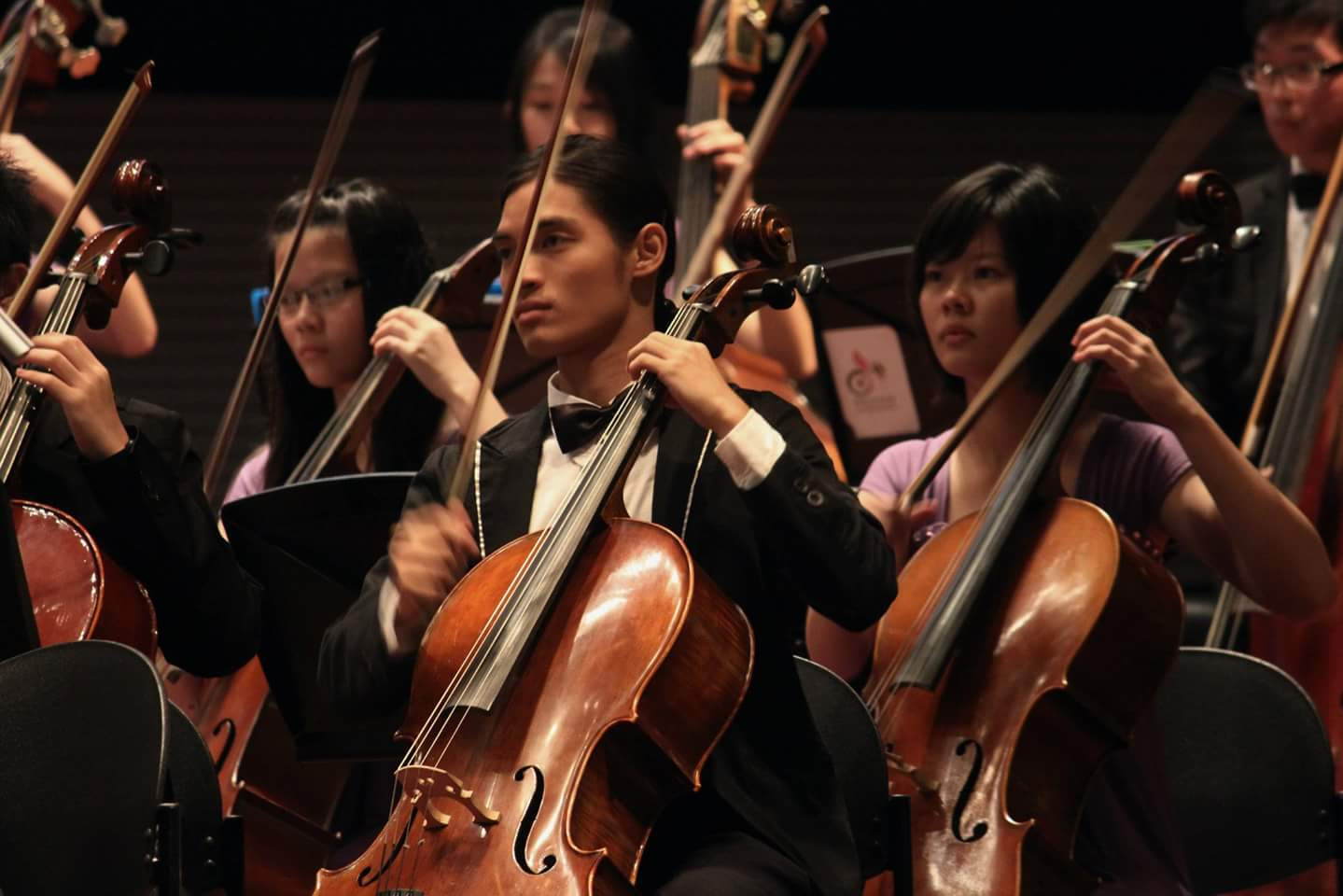