We had the good fortune of connecting with Timothy J. Cox and we’ve shared our conversation below.

Hi Timothy J., why did you decide to pursue a creative path?
When I started out as an actor in high school, I did it to break out of being shy and a little awkward. I didn’t feel comfortable in my own skin, but when I entered a theatre and went on to a stage, that awkwardness left me. I felt alive. I felt free. I felt happy and most importantly, I felt confident. And after 30 plus years of doing this work, I can truly say that this work has set my life free. 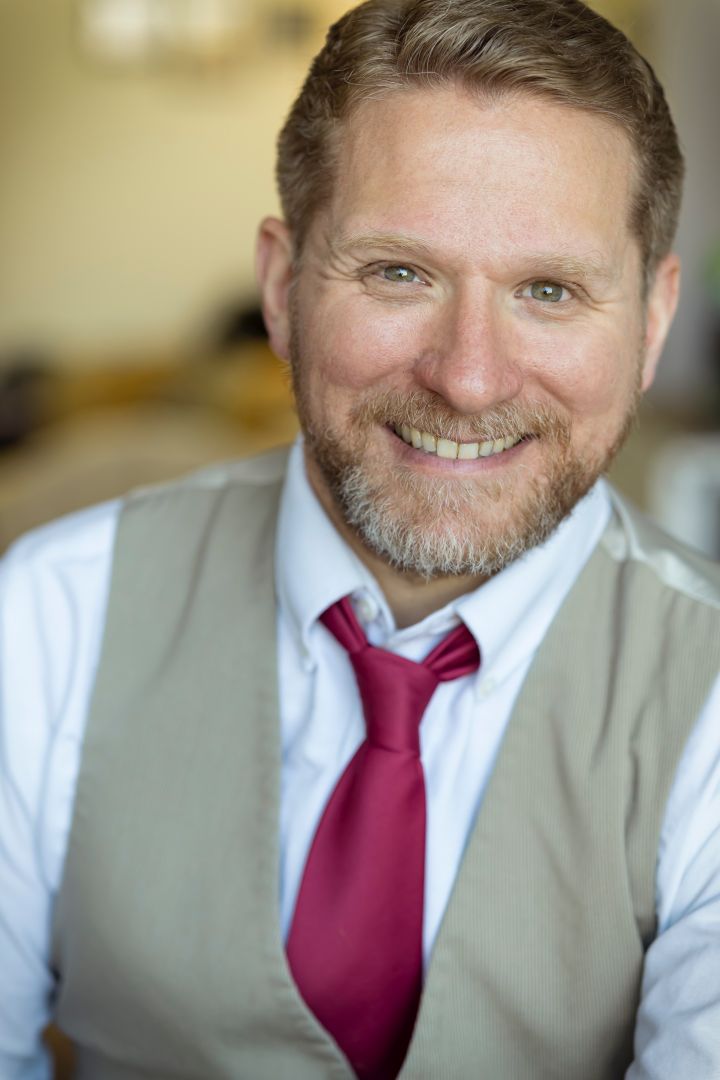 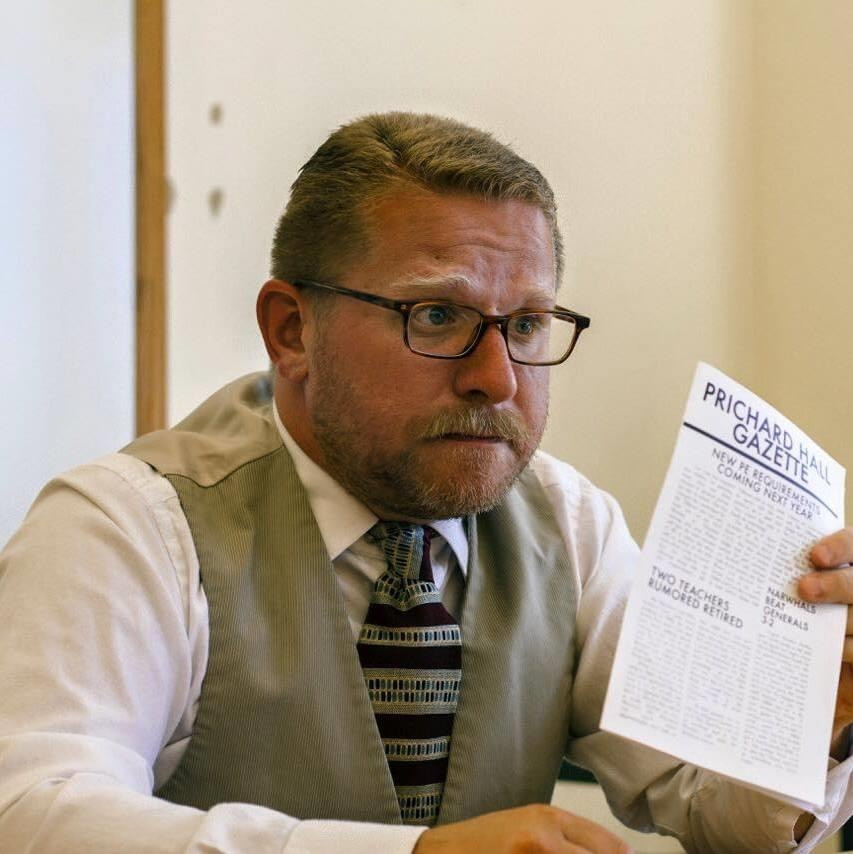 Can you open up a bit about your work and career? We’re big fans and we’d love for our community to learn more about your work.
My name is Timothy J. Cox. I am an actor who has played close to 200 roles on stage and in film. I tend to specialize in character roles, so i often play the lead’s doctor or lawyer or shrink. I have been very lucky. I have had a chance to be a part of many wonderful films and theatrical productions. I try to be diverse in the types of projects that I get involved in. I try to do projects that challenge me emotionally, mentally, physically. That’s part of the journey of an actor. We are always on the hunt for a challenge. Actors want and should want roles that test them. These days, if a role scares me, I am all in.

Acting started for me as an excuse to get out of class. When I was in the 8th Grade, there were auditions for the school musical being held during the school day, during Math class, which I strongly disliked, so I decided to audition just to get out of class. I went into the audition, with no desires or aspirations to be an actor, but the director must have seen something in me because he cast me and well, 30 plus years later, I’m still doing it.

I knew I wanted to make acting my life when I was in high school where I did a lot of plays and musicals, but I would say that in those early days, I was more of a mimic than an actor. I borrowed, quite liberally, from TV and movies. I did a lot of impressions and I seemed to be interested more in getting laughs, in being a ham, which I was pretty good at, than being a serious actor. All of that changed when I saw Jack Lemmon in ”Days of Wine and Roses”. The moment that I saw that performance, I was hooked. I saw what he did and was blown away at how he could inspire, enlighten and illuminate, as well as entertain with that performance. The moment I saw that performance I knew I was an actor..

When I got to college (Marietta College in Marietta, Ohio), I really learned about craft and technique, which I sorely lacked. It takes a considerable amount of technique and discipline to be an actor and I learned all about that from a very tough teacher/director named Steve Rader. Steve was a man who didn’t sugarcoat anything. If you were doing something on stage that he did not like, he had no problem letting you know, often quite bluntly and profanely. It was jarring at first, of course, but I learned, after working with him for a couple of years that if he was hard on you, that meant that he saw something in you. The harder he was on me, the harder I worked.

While in college, I gravitated to character roles. To me, character roles are richer, more interesting to play. I’ll take the role of the Gravedrigger over Hamlet any day. It’s where I fit, where I belong. I would say being a character / supporting actor is similar to being the sixth man on a basketball team. The sixth man is typically the player that comes in at key, clutch moments of the game. They come in, score their points and then they go and sit back down on the bench. I love this. This mentality has served me very well over the years. Knowing your type is very important and it will save you a lot of heartache.

After college, I moved to New York City, where I worked almost exclusively in the theatre. Around 2010, I started to turn my attention to film work and since then, I have had the good fortune to appear in a wide range of films, in a variety of roles.

Has it been challenging? Yes, but the challenges are what make it great. As far as the lessons learned, well, I still consider myself a student at this whole thing. Each time I step onto a film set or on to a stage, it’s like going to school. I get to play and pretend, step inside someone else’s shoes and walk around for a little while. I still get fulfillment from that. You never stop learning in this work. There’s always something else to discover. You can always dig a little deeper, do a little bit more investigation. That’s where the mystery lies in this whole thing. It’s tough and it should be tough, but it’s also a lot of fun, if you let it be fun.

The preparation is the same for every project I work on. I read the script over and over and over again and I learn it cover to cover. I make notes on the character; map out their intentions and objectives. And I ask questions. What does the character want? What are they fighting for? This information often changes as you are working on a character. It’s all about laying the ground work. I try to prepare myself as much as possible. Preparation is always key.

And when you play, those little bits of inspiration often pop up in a scene or “happy accidents” as Peter Sellers used to call them. You get into a zone and when you get into that zone, you feel a rhythm, a music. It’s a beautiful feeling, when it works. You feel like you can do anything. And yes, I can feel it when it doesn’t work. I can feel it when I’m pushing too much or ”acting” too much. That’s when I’m thankful for another take. 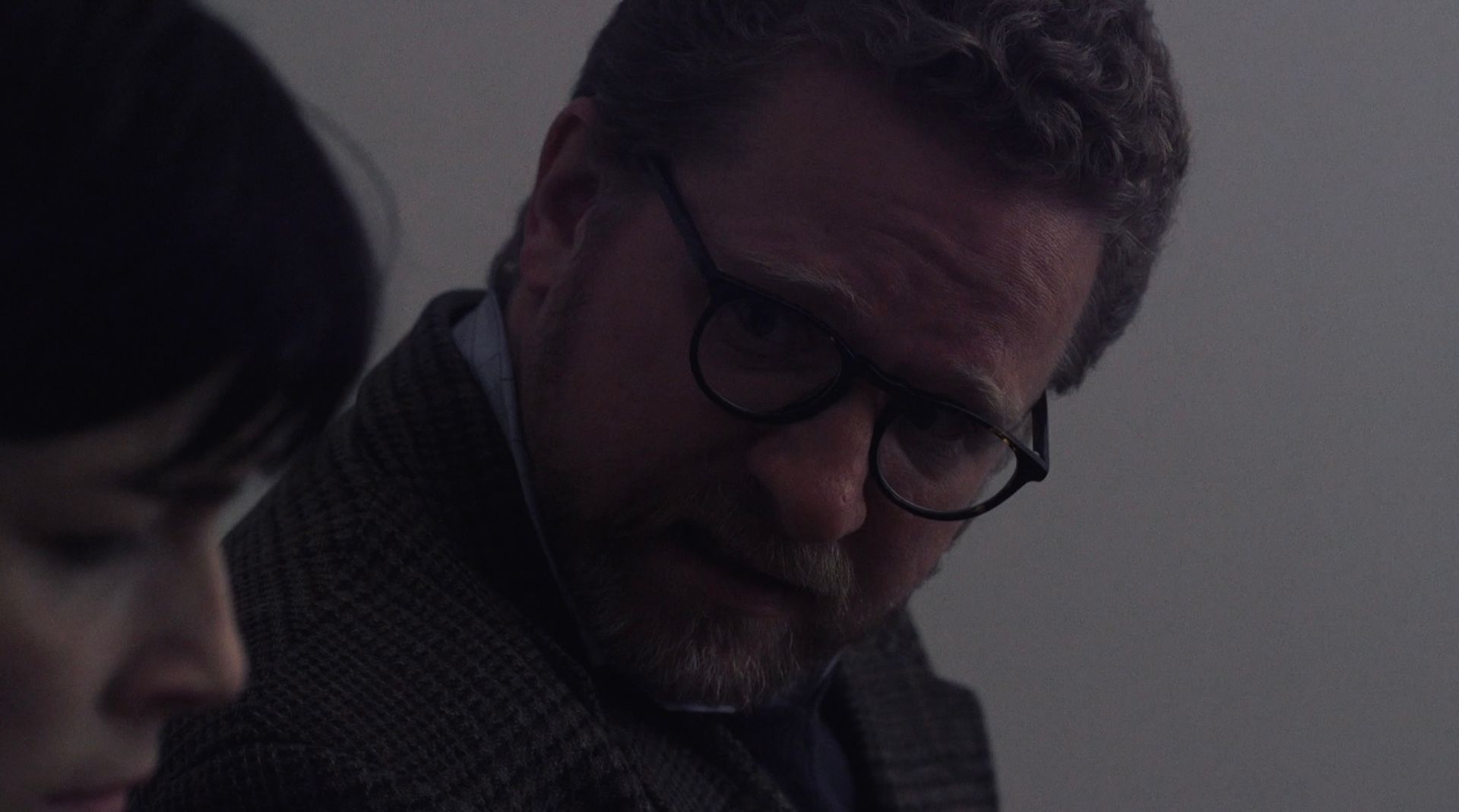 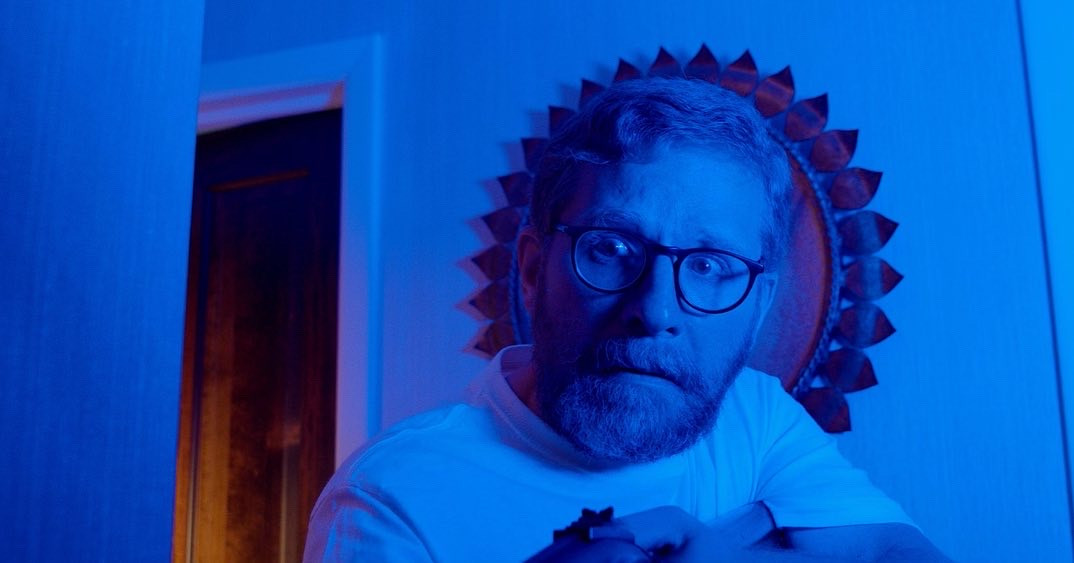 Shoutout is all about shouting out others who you feel deserve additional recognition and exposure. Who would you like to shoutout?
I have to acknowledge my family, especially my parents, who used to travel over 500 miles from Wilmington, Delaware to Marietta, Ohio to see me perform in a play while I was in college. Their support has been there from day one and has never wavered. I also have to thank my wife, Jamie, for her support and encouragement. 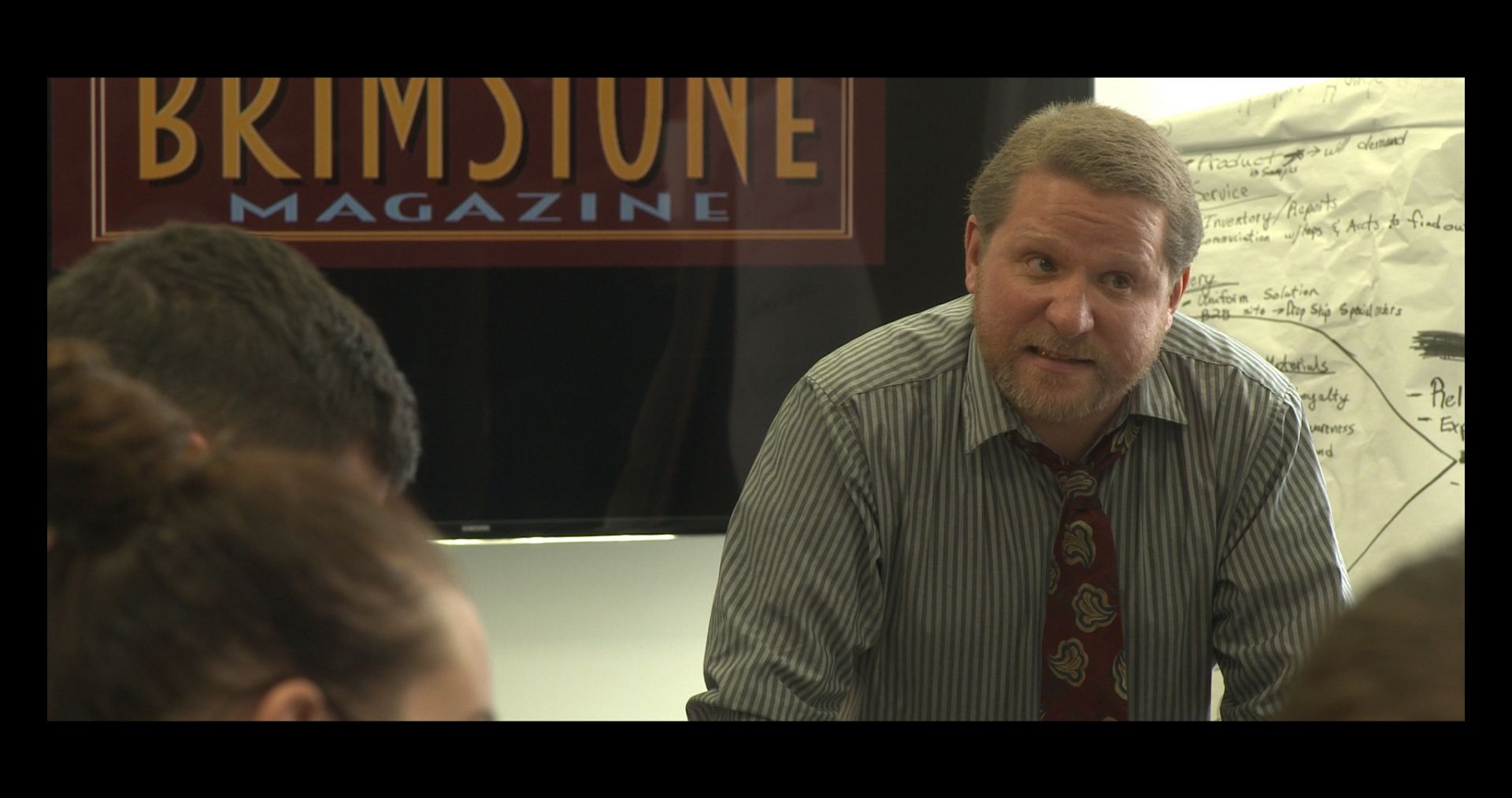 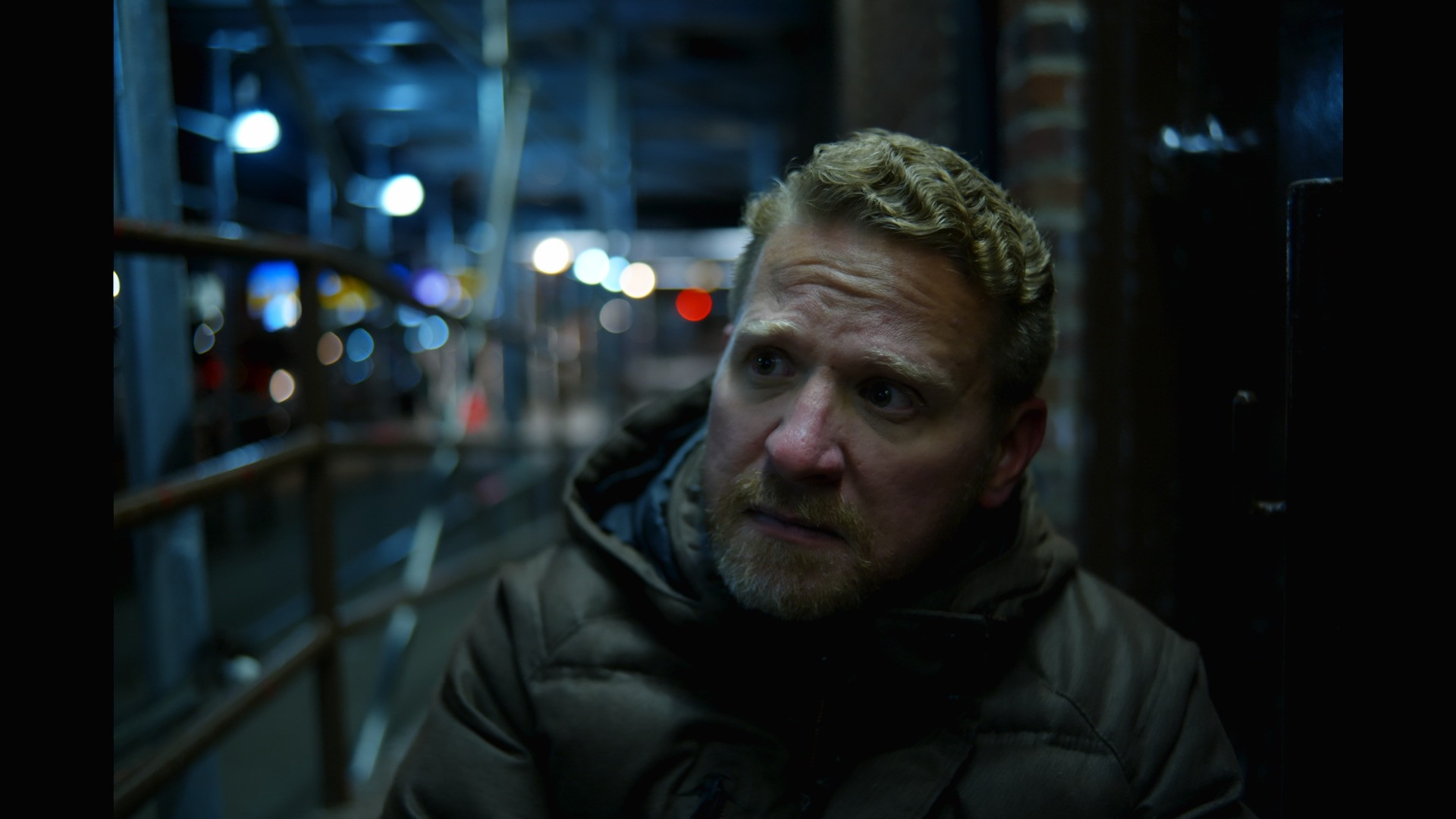 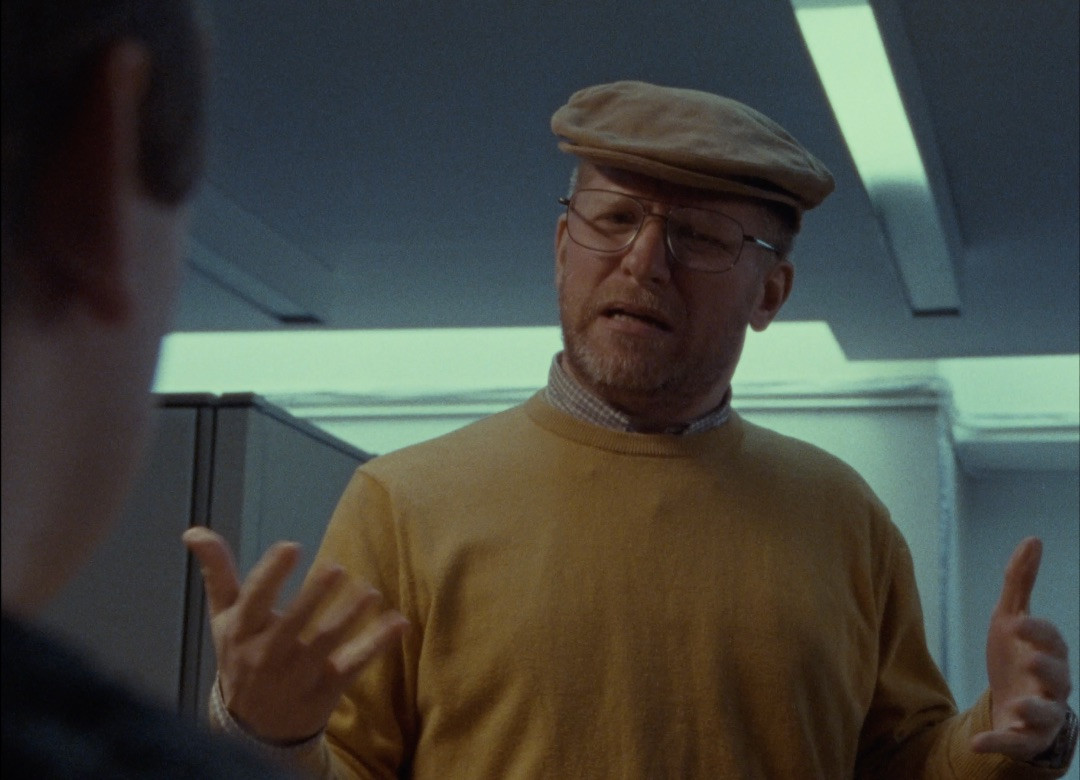