We had the good fortune of connecting with Vigen Yacoubian and we’ve shared our conversation below.

Hi Vigen, what was your thought process behind starting your own business?
Serendipity is the word that comes to mind. Although I’m not a big believer in luck but in this case the opportunity presented itself rather than taking shape as a product of strategic planning. For that exact reason, passion and love are at the core of this project, constantly energizing us, even in the face of challenges and difficulties. While I am a psychotherapist and have a doctorate in psychology, I have loved wine from a very young age growing up in Lebanon with a French-educated father who had a great love for wine. Lebanon had been a French protectorate for a long time and has always had a very robust wine culture. Visiting wineries in the Bekaa Valley with my father as a child to secure our winter stash was an engulfing emotional and sensory experience that was imprinted on me for the rest of my life. We moved to the U.S. when I was 12 years old and as I finished college and started working, I simultaneously began to collect wine and educate myself about all aspects of it. After the collapse of the Soviet Union, when Armenia became an independent country, I started visiting there frequently. My brother, an attorney whose firm was representing the government of Armenia at the time in their international business matters, was also there. In 2006 I invited my friend and world–renowned winemaker Paul Hobbs to Armenia, and we explored the country together with an eye toward producing wine in the region. Paul loved what he saw and, while the challenges were big, the three of us made the decision to start the Yacoubian-Hobbs project in Armenia, now considered the birthplace of wine. Our inaugural 2014 vintage was released in 2016. Our wines are imported through Paul Hobbs Selections in Sonoma and distributed to high-end restaurants and retail outlets. In some ways, it was an inverse process for us. The passion gave birth to the business. 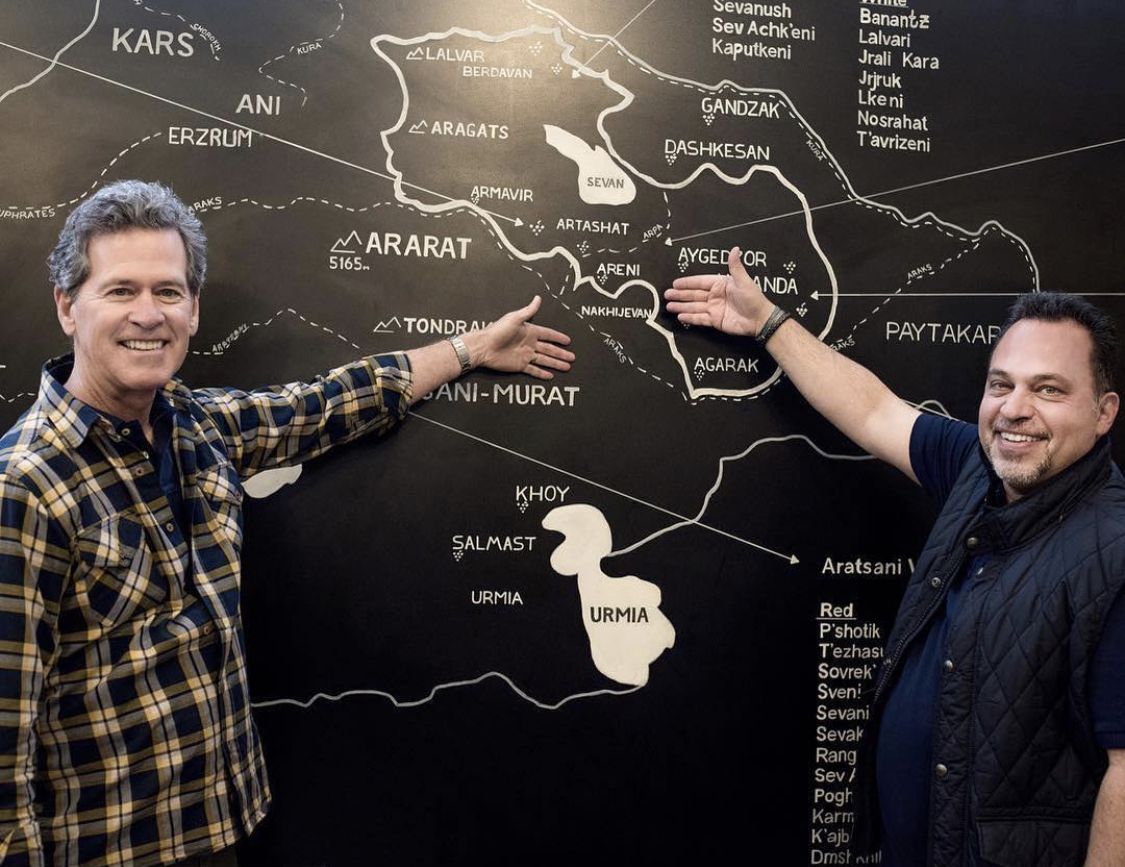 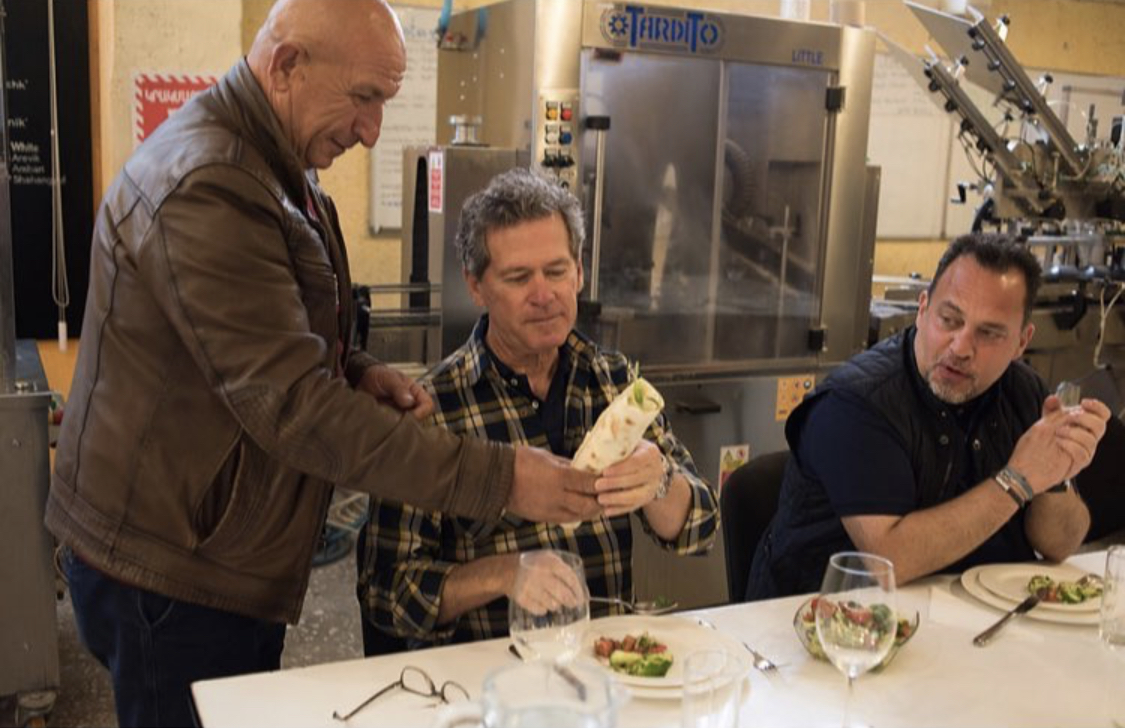 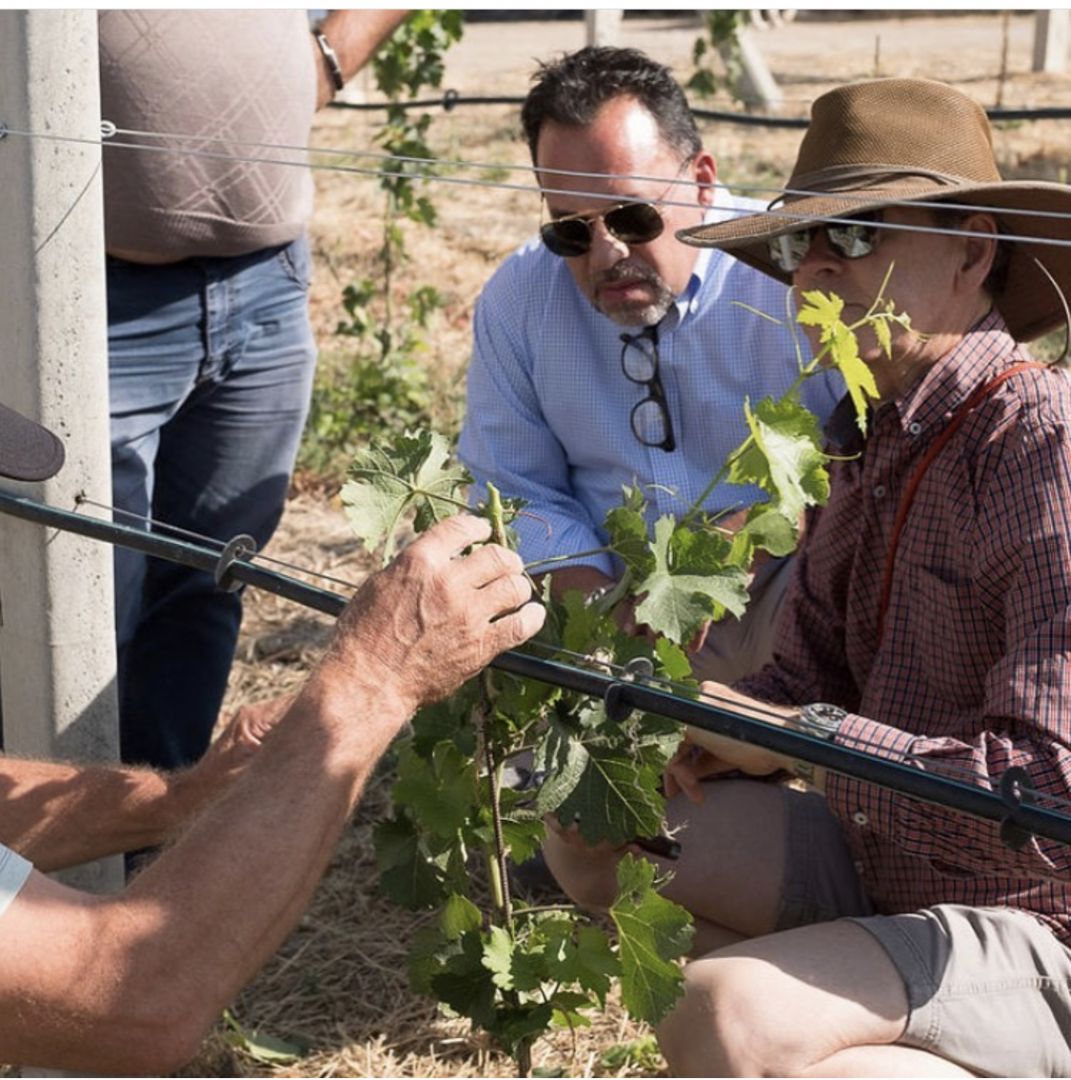 What should our readers know about your business?
My professional background is in education and psychology. I have been a school principal for many years and continue to teach at a university. I make a point of always remaining connected to my professional interests. I believe that all human beings are multi-faceted and multi-talented. Unfortunately, often life doesn’t give us the luxury to explore those parts of us where our passion lies and, consequently, they remain dormant. Lucky is the person whose profession and passion coincide. One needs to be open to possibilities when for whatever reason they come knocking on one’s door. In my case, my meeting with Paul Hobbs and our subsequent visit to Armenia were those knocks on the door. In many ways, it was a leap of faith for me. But one might regret forever if they let the knock fall on deaf ears. I listened to it and that passion within was given the chance to make the trip from fantasy to reality. It would be an understatement if I were to say the challenges were big. More accurately, they were monumental. Transforming an exquisite but indescribably rocky piece of land sitting at almost 5000 feet to a vineyard was a very difficult task to undertake. But that vineyard today sits across a cave where UCLA and Armenian archaeologists found evidence of a winery that dates back 6100 years, the oldest such site found in the world. The indigenous grapes we use for our wines probably date as far back. Often winemakers search for stories to give their brands a unique identity. In our case, the amazing story had already been told thousands of years ago. All we had to do was put it in a bottle. 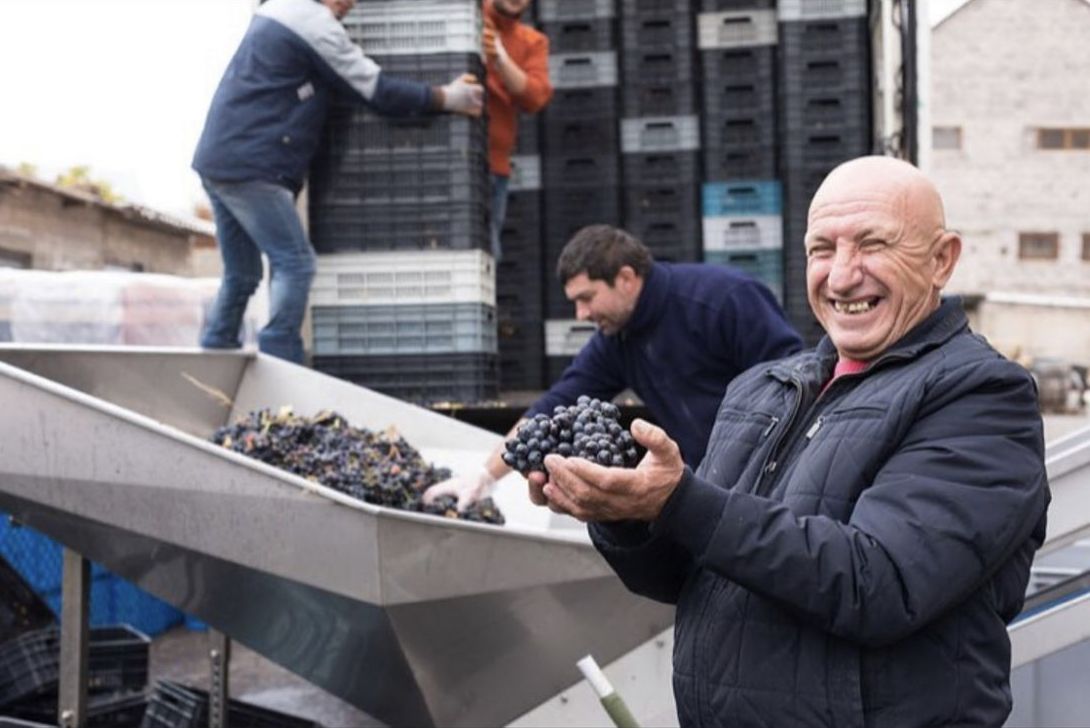 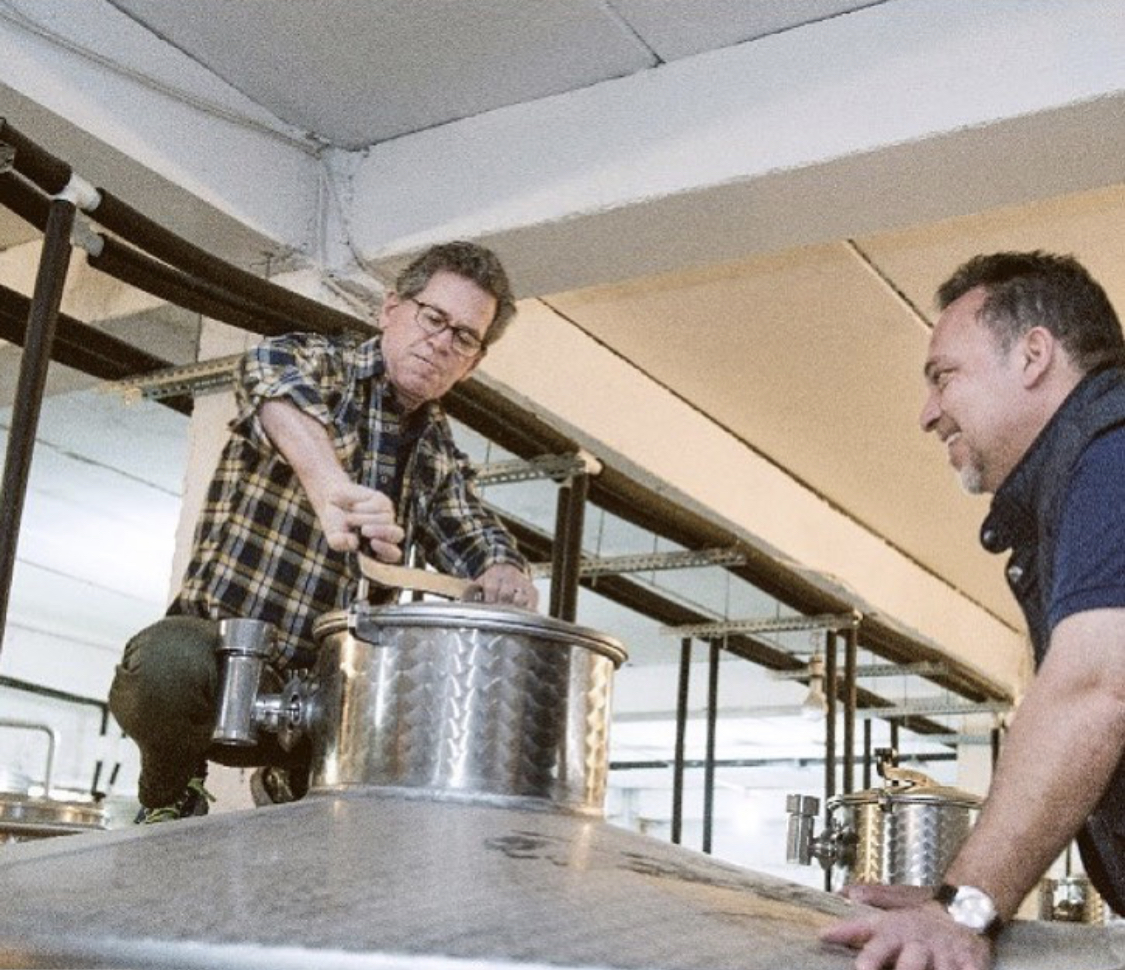 Armenia has a tremendously rich history which one experiences with every step taken throughout the country. It was the first country to adopt Christianity as its national religion. Its churches, dating back many centuries and dispersed all over the small country, offer unparalleled sites to witness. It has some of the most stunning views in the world with Mount Ararat (the Armenian mountain right across the border of present-day Turkey) overlooking the country’s skyline. Yerevan, its capital, has beautiful attractions, including the Republic Square, the steps of the Cascade that lead to the city’s monument to Soviet victory in the Second World War. A visit to Dzidzernakaberd, the Armenian Genocide Memorial, is a must, albeit a heart-wrenching one. The flea market Vernissage, which comes to life on weekends, is worth visiting too as is the Blue Mosque, the only mosque in the country. So many sites to visit outside of the capital that it’s difficult to list. However, all can be done within a few days, as the country is very small. Some noteworthy: Sevan Lake and Sevanavank Monastery: Dilijan National Park; Mount Aragats; Noravank (very close to our vineyard); Gyumri (second largest city); Geghart Monastery; Khor Virap; and Ruins of Ancient Dvin to just name a few. In the last 10 years or so, many wine bars and pubs have popped up which have transformed the social scene from the old Soviet traditional setting to a hip, vibrant one, where young people gather every evening. To name a few, Wine Republic, In Vino, Tapastan, Dargett. Also, many restaurants offering traditional Armenian dishes, including different kinds of Khorovats (think of it as Armenian barbeque), and traditional dishes. Dzirani, Vostan, Sherep, and Lavash to name a few. Dolmama serves the best Armenian fusion dishes, focusing on ingredients purveyed directly from farmers across the country. So much to do and eat and so little time… 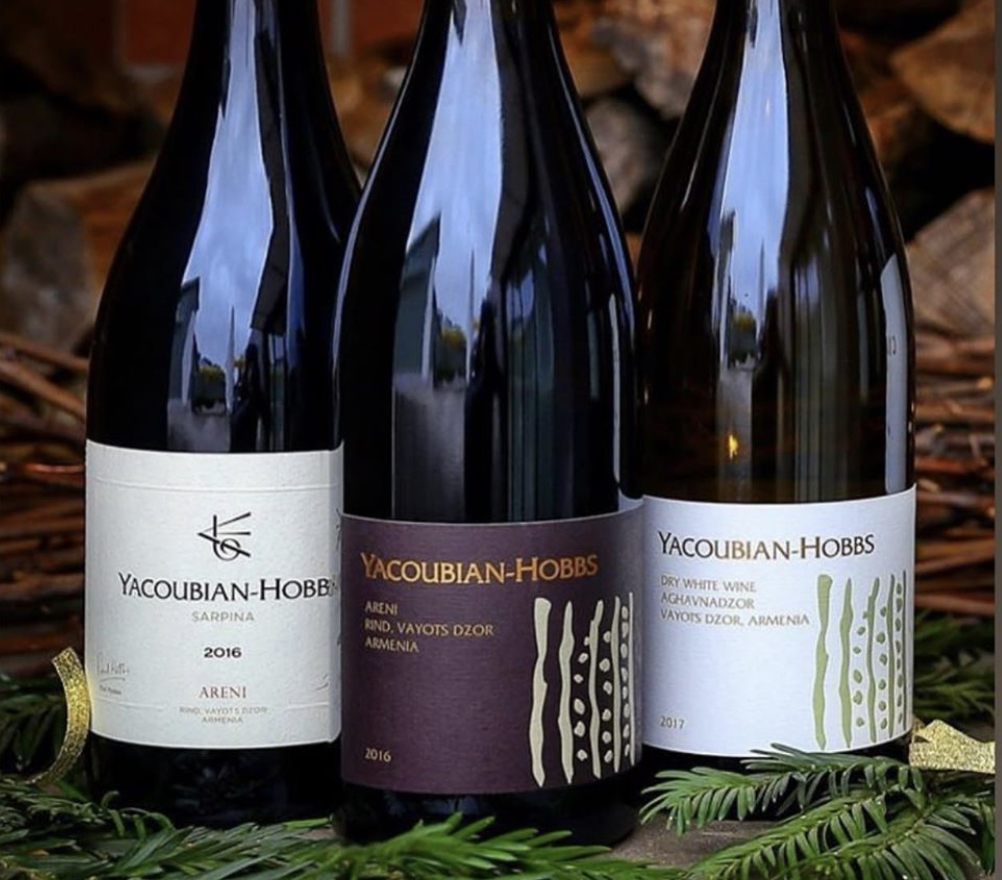 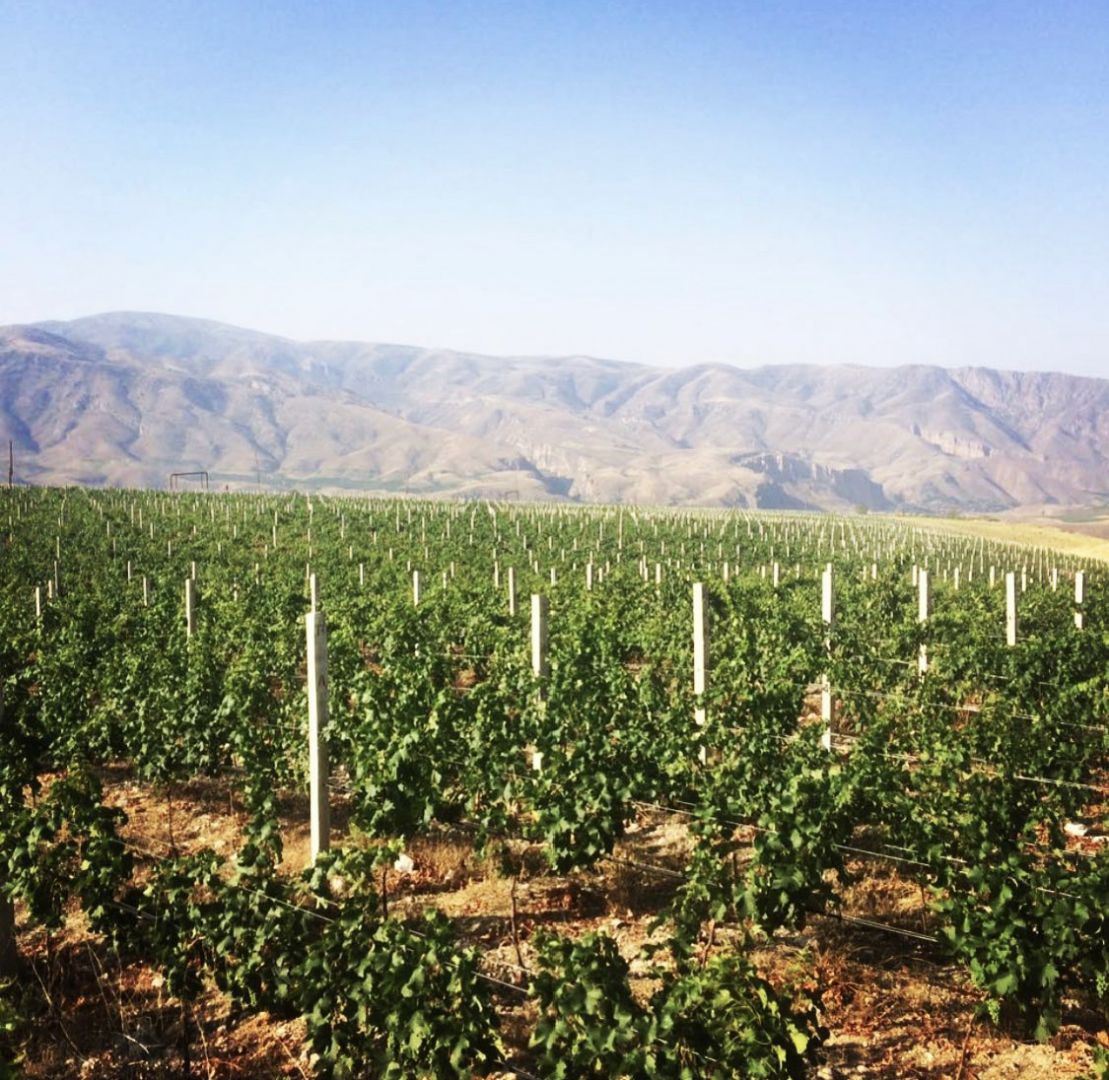 My father was the person thanks to whose passion my love of wine took hold. Paul Hobbs’ mentorship, belief in me and in my dedication to the craft helped me understand the challenges and complexities of the business and how the “romance” of wine was only a social concept. At the same time, as a winemaker and businessman, he showed me that there was indeed a romantic, passionate dimension to wine that is very difficult to define but which one ultimately tastes in the glass if the wine is made with one’s hands, with a lot of love and hard work.