We had the good fortune of connecting with Will Martins and we’ve shared our conversation below.

Hi Will, we’d love to hear about how you approach risk and risk-taking
Risk has always been part of my life. I can’t see the person I became today or the person I want to become without taking risks. Actually, if you’re reading this is because I took a risk 4 years ago, and sold all my stuff, left my family and friends behind in my country (Brazil) to pursue my dream in music here in LA. I believe life is a constant decision-making process, and in every decision, there’s a risk. Even if you don’t make a decision, you are already making one. I can see some level of risk in every part of my life. On Elementary School I took the risk of being bullied, just by being myself. On High-School, the risk of not being accepted by the “Cool guys”, because I also liked to hang out with the “nerds”. On College, the risk of saying no to parties, because I had to rehearse with my band, or even on my last job, I took the risk of saying no to a guaranteed promotion to live abroad. But to be completely honest, taking risks was never hard for me, my problem has always been making decisions. I know it sounds confusing, but if I decided to do something, I’m willing to go all in, to take all the risks that are involved with that “main decision”. For instance, It took me a long time just to decide to pursue a career in music, once I did, I was willing to take all the risks involved with that. ( still confusing right?..but please bear with me, English is my second language after all..haha). One of my biggest personality flaws when growing up was to be indecisive. You can say “oh but I’m indecisive too”.. Look, I was the type of kid that if you gave me 2 different ice cream flavors to pick from, I would just spend 30 minutes making mental pro and cons lists, projection charts, and the effectiveness and benefits that A had over B and vice-versa. After a long battle with myself (and for peer pressure) I would pick up one, and almost immediately I would regret it, thinking about what I was missing out for not choosing vanilla, instead of chocolate. For a creative professional (well I like to think I’m creative), I overanalyze options and become paralyzed by them. The Analysis-Paralysis effect has been an old friend of mine. Thanks to my mom, who always exposed me to spirituality, I started developing my intuition from an early age, but just lately I learned how to use this internal compass as my final sayer. If I got a job offer, a partnership, or anything else and it just doesn’t feel good, I won’t make it. I know it sounds crazy, or “woo-woo”, but it’s been serving me really well, and I think that could get rid of my mental paralysis. I won’t lie, I still have moments that I need to put a little more mental effort to make sure the risk I’m taking is worth it. Sometimes I need external help, from friends, family, or someone who already been through what I’m about to do. These days I am a much more decisive person, and when I look back on all the successes I had so far, either in my career or personal life, none of them came risk-free. 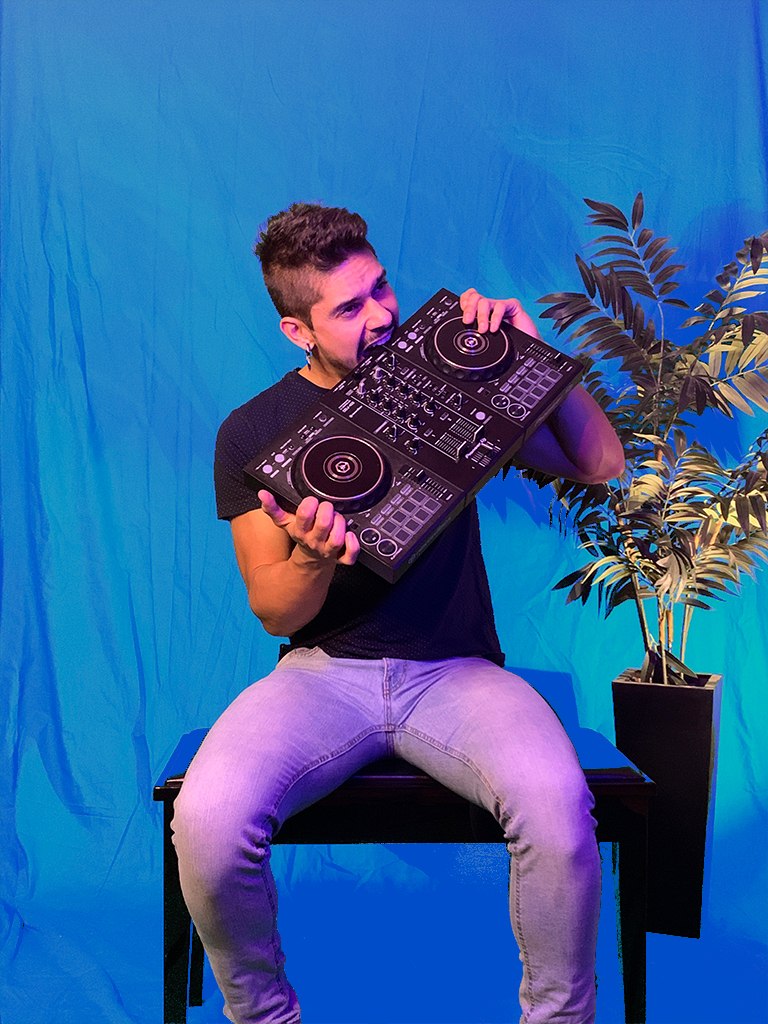 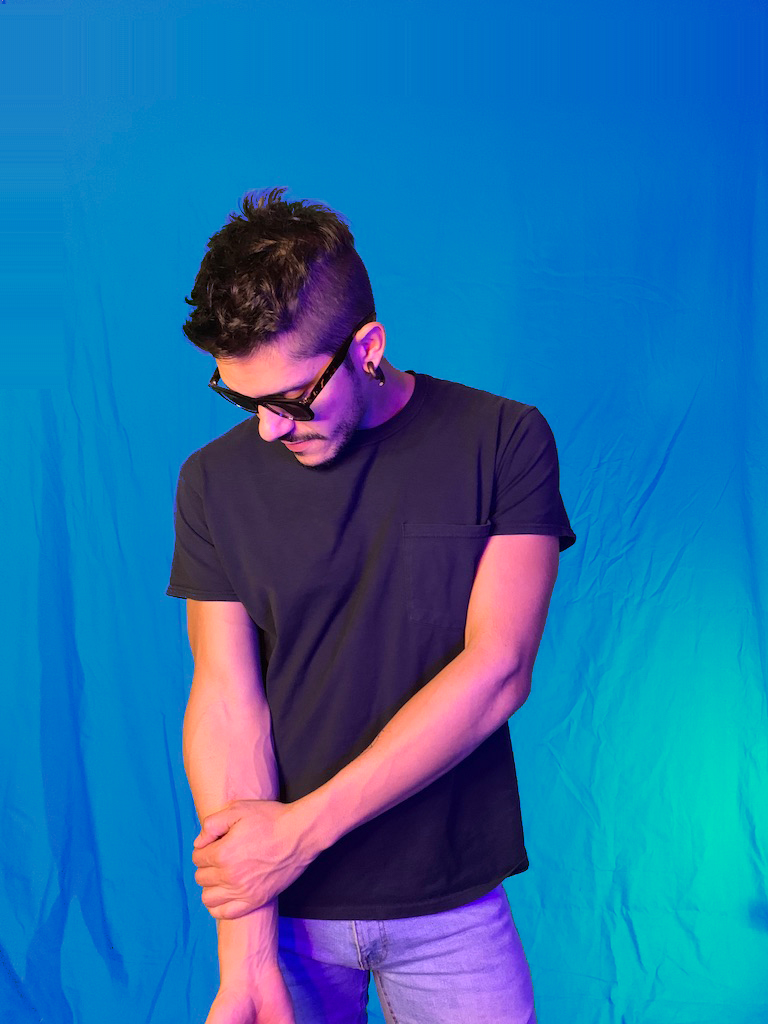 Can you open up a bit about your work and career? We’re big fans and we’d love for our community to learn more about your work.
I am a Music Producer and Composer from Brazil. Curiously without any musician in the family, I found myself interested in music at a young age. I’ve always loved music in some way, I remember when I was a child, going to watch my cousins dancing ballet in the theater and I noticed everything, the acting, dancing, scenario but the music was inevitably my favorite part. I started making or playing music in 6th grade. One day during that time, I had invited my best friend (who is still the same) to watch Jack Black’s “School of Rock”. When the movie ended, I was in shock, the only thing I could think was “How these kids, of my age, can play all those instruments with such skill and feeling?”, something has just clicked inside of me, and the very next day I was already taking guitar classes after school. After almost 10 years of playing different genres, Rock, Reggae, Jazz, Bossa Nova in different bands, I started producing music professionally. At the time I just had graduated from advertisement college and I was in between playing with bands and producing other artists in my city (São Paulo-Brazil). I knew I wanted to work with something related to music, so I started sending resumes and portfolios like crazy to record labels, studios, and music companies. I was easily sending over than 100 a week. A couple of weeks in and some interviews later, a company named “Mugshot” set an interview and a test (which I performed terribly- said the owners to me sometime later). I passed the interview and the test, and they offered me a temporary position as an in-house composer and music producer. My job was to compose “demos” for commercials, spots, and small film cues. At that time I just had played and produced music for bands and knew very little about this whole world. Of course, I accepted the offer, and after the probation month, they hired me full time as a composer and music producer. Since then I had the opportunity to work on many great projects for brands, artists, and films that I could never imagine. In 2016, I decided to come to Los Angeles-CA to study film scoring at UCLA Extension. Where I graduated in 2017 and met awesome teachers and made great friends. Wasn’t easy at all to leave my home country to pursue my music dream, but I knew I would regret it for the rest of my life if I didn’t take the chance. These days I’m excited about the future. I have two main projects going on, the first as an Electronic Music Producer and DJ behind my alias WLL. I have 6 singles to be released in 2021 and collaborated with many talented people, like the amazing Brazilian singer ISSA and the Miami based artist LJ Smooth. The second thing is about my job at Radium Media. For the past 2 years, I’ve been helping Bradley Denniston, Founder, and CEO of Radium, to compose music for Commercials, Films, Series, and most recently to develop independent artists across the globe. The Radium “Formula” is based on providing to the artist not only a high-standard production (with award-winning songwriting, producing, mixing, and mastering) but also all the post-production support, that only signed artist had access to it until now, such as a song release strategy and a digital branding strategy. We definitely have a promising year ahead of us. 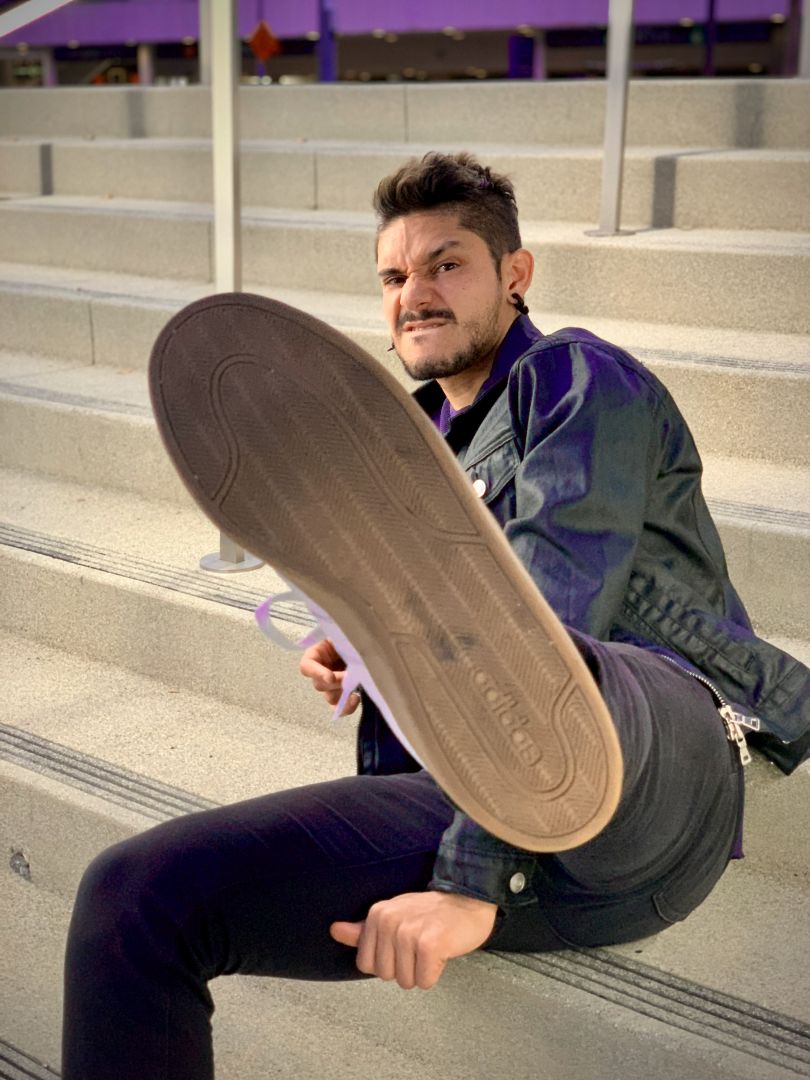 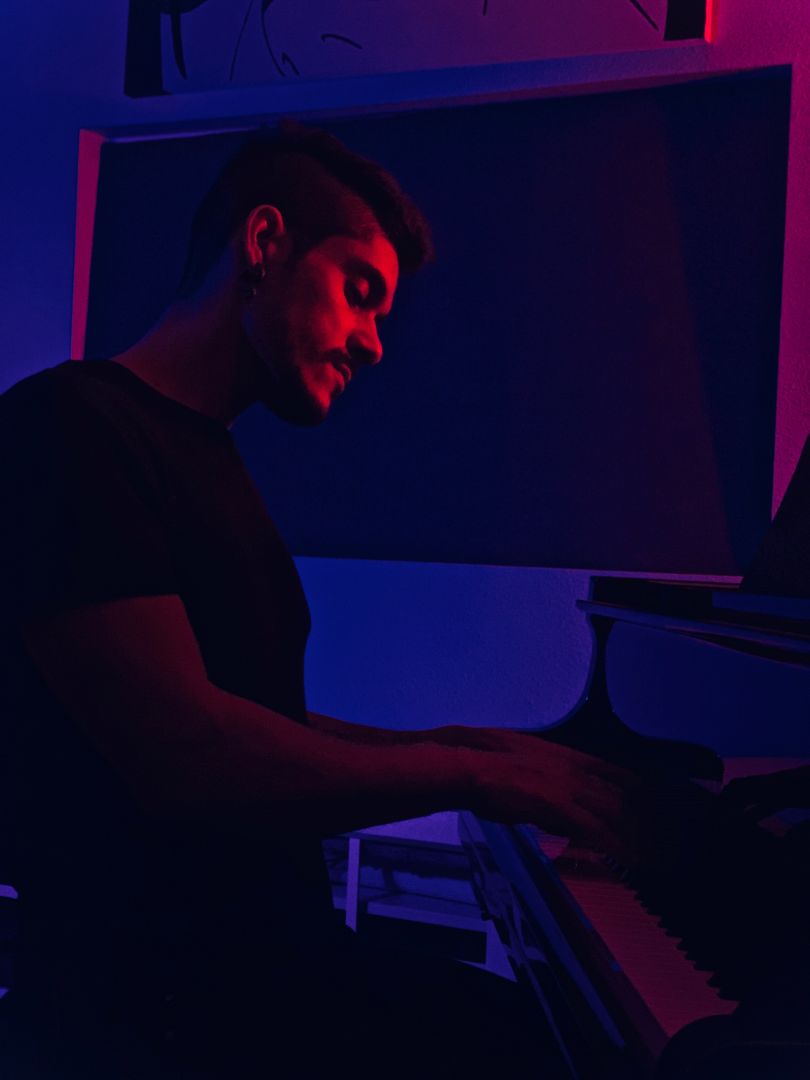 Let’s say your best friend was visiting the area and you wanted to show them the best time ever. Where would you take them? Give us a little itinerary – say it was a week long trip, where would you eat, drink, visit, hang out, etc.
I have different spots on different people and occasions. But here’s my general “welcome to L.A” route: I’ll pick you at the airport, we’ll head to Manhattan Beach for Brunch at the Pier. Later I’ll take you for a car trip (convertible if possible) to Malibu, Santa Monica, Beverly and Hollywood Hills (to see the “famous sign” why not?). We’ll walk in Hollywood to see the Chinese Theater and the walk of fame (but not too long..because if you know the term Hollyweird, you know what I’m talking about). Finally, since we’re already in Hollywood, I’ll recommend us to get drinks and some good food at Mama’s Shelter during Sunset. My favorite rooftop bar in Los Angeles. If you still have energy and wanna keep going, I’ll buy our tickets for the Sound club or Academy LA (also in Hollywood) to enjoy some electronic music. 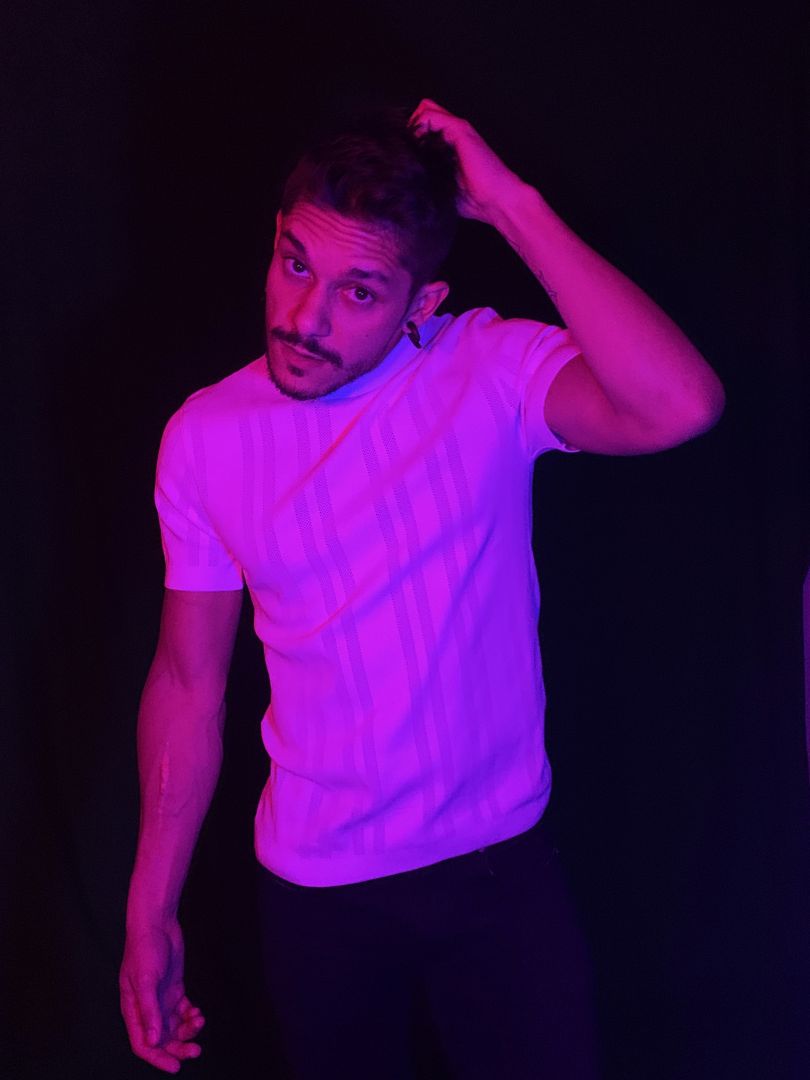 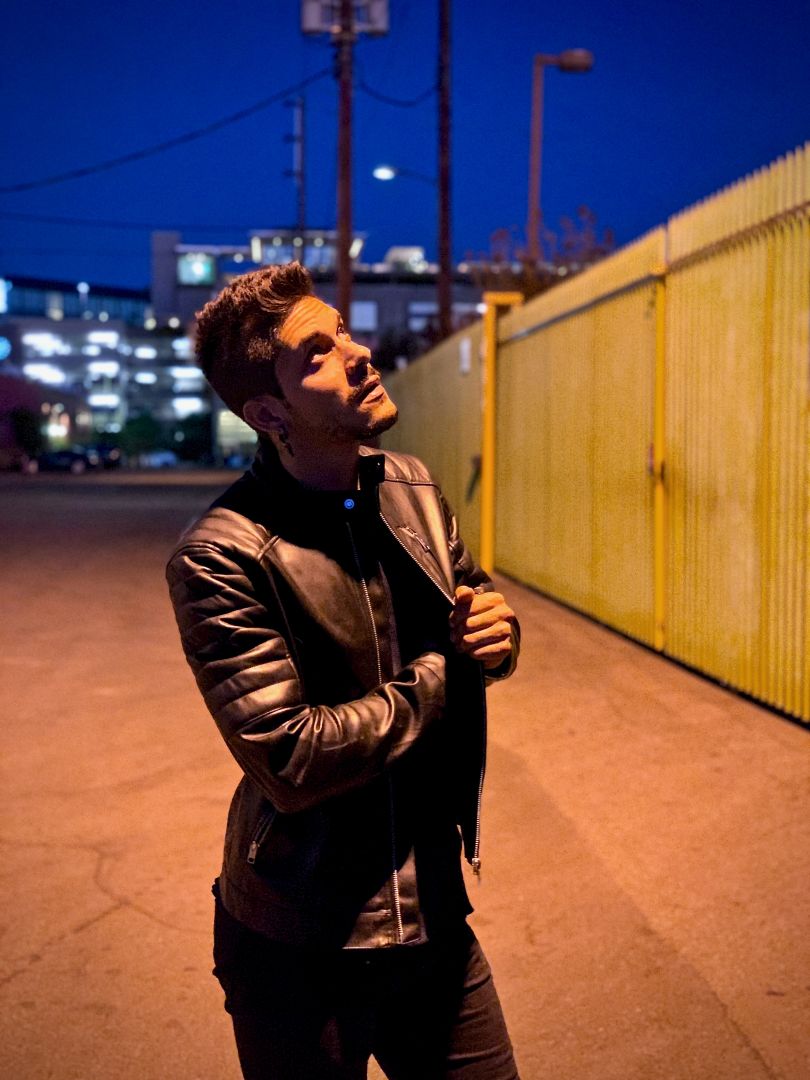 Who else deserves some credit and recognition?
There are so many wonderful people that helped me to be the person I am. Friends, Family, Bosses, Mentors… But when I think about my whole life, the first two that come to my mind are inevitably my Mom and my older sister. My mom is the person I most admire in the whole world. She had my sister when she was 14 and had me when she was 16. Even by being a teenage mom, without much support, she pulled it off to become a successful businesswoman and to provide all the conditions that my sister and I needed to grow up healthy and well-educated. I like to think my sister is my second mom. She always looked out and took care of me (even being just 2 years older). There are stories that when she was 3 she already was helping my mom to change my diapers..haha. Also, the fact that we all three are almost from the same generation, enabled us to have a very open and close relationship. Their friendship and support are the most important thing for me, they are the foundation of everything I am, do, and have.