We had the good fortune of connecting with Ziyang “Lucia” Wang and we’ve shared our conversation below.

Hi Ziyang “Lucia”, we’d love to start by asking you about lessons learned. Is there a lesson you can share with us?
I’m an editor/assistant editor. One thing being editor told me that really changed my life.

The note is, there’s always a second chance to change it. I was always anxious about doing things – everything – right in the first place, expecting them to be perfect. This aspect really made me procrastinate and afraid of doing it “wrong”. However, editing is different. There’s a stage in editing process called “rough cut”, that meant to be rough and might not 100% “right”, but more as a direction to show to the director and see if we’re on the right track, thinking of the same thing. It’s a baseline for discussion, and a visual example to communicate about what are we thinking about. After that became a normal in the process, I slowly learned that you don’t have to make everything perfect in the first place, and it is not even possible. It is more important to show something and talk about it, even if it might not be that “great”; after all the communication, the cut will be polished as it goes and shines like a diamond.

After being an editor, I learned not to be too worried about being perfect. Just conquer the fear inside and throw the burden away, begin to do it, and everything will grow naturally. It will find its own voice, its own way, and it will be fine – if you don’t ask it to be perfect at the first place. 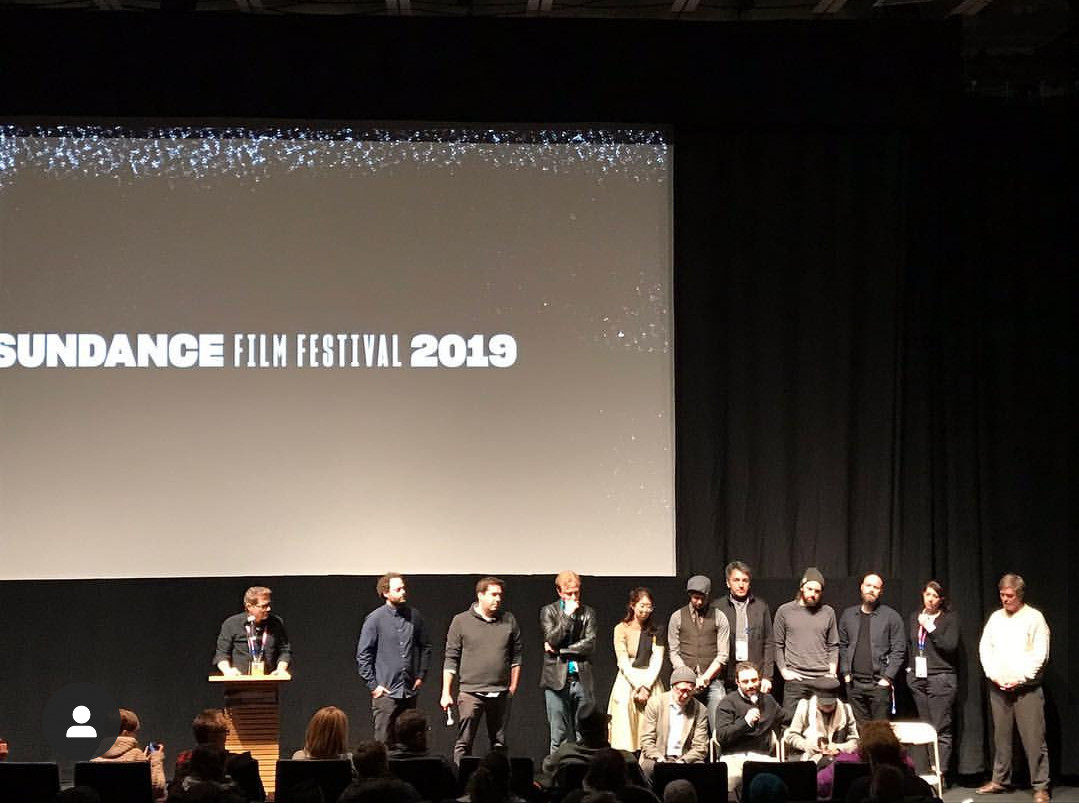 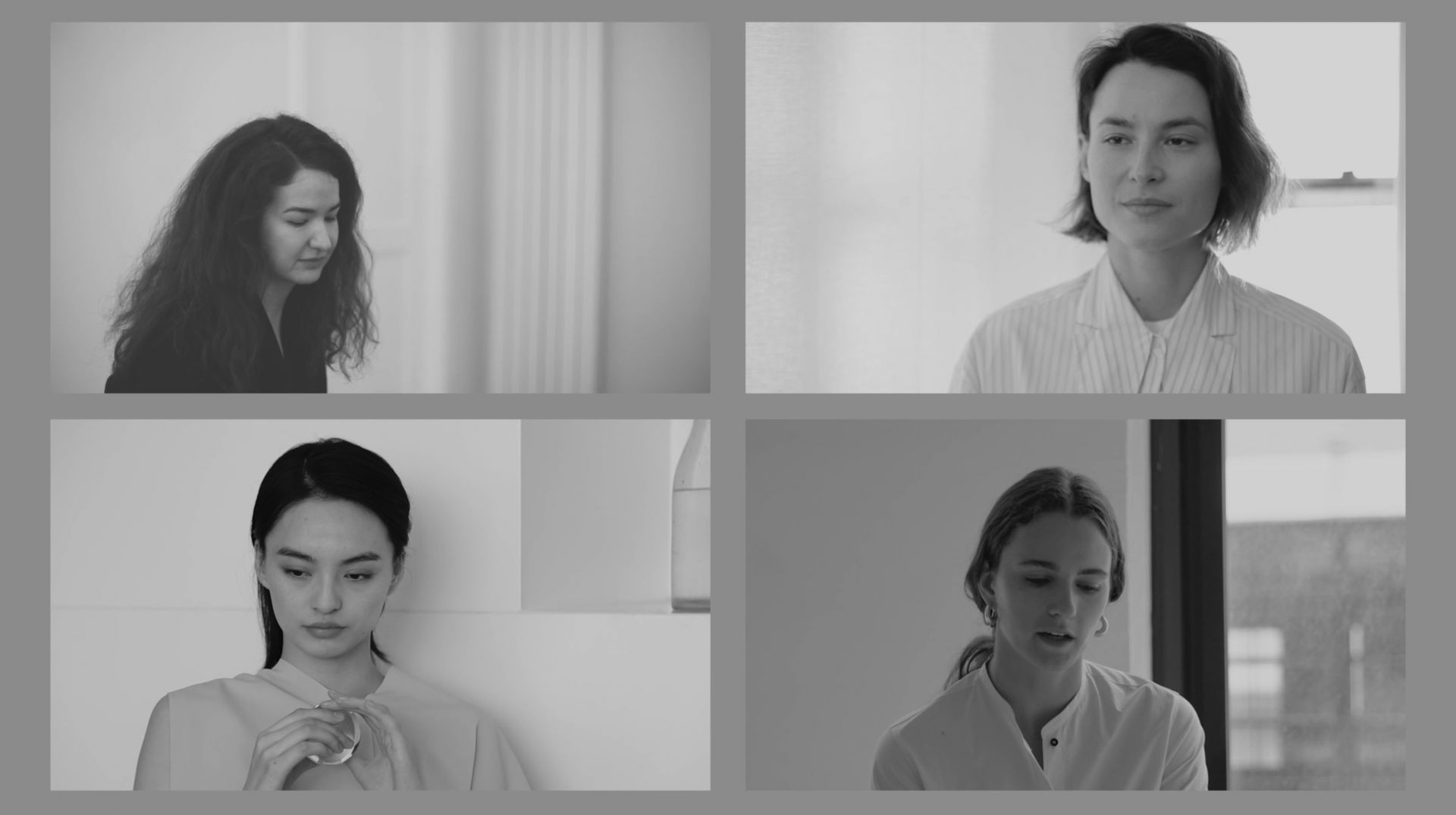 Alright, so let’s move onto what keeps you busy professionally?
As an editor, I cut the clips the production team shot on set together, just like putting a puzzle or a necklace together. Someone says that the whole pre-production and production process is, at the end of the day, getting to the grocery store; cutting in the editing room is cooking itself. I really agree with that.

The best part of being editor is, at a certain stage, you’ll have to think totally out of the box and trying to gather a new way to tell the story. Following the script not always work, because anything can happen on set, makes the story not make sense any more; and now it is time to listen to the story itself – not the script, but something forming by itself, as if it has its own soul. It’s like writing the story again using what you have, with all of your understand of all the characters and given circumstances, and shape it as best as you can. We play around audiences’ expectation and imagination, trick with the information to give, jump back and forth through time and viewpoint, hiding whose story it really is, but also give a clue somewhere to follow – thus, inviting audience to join in the emotional journey. I am always the first person to laugh and cry with the character, and then find a way to express it, hoping everyone can get the emotional impact I get.

The passion to the story is the best gift I have. Long before I even knew what editing is, I’ve been writing fan fictions from primary school. At first it was just “what happens after the series ends”, but when I was in college, I was into finding the bromance relationship in TV series and movies. From that time, I realized how human’s imagination can heal the wound of Sherlock jumping off the Hospital Building, and Bucky falls off the train, giving the “ships” a better solution – and that’s when I begin to do fan video editing. That was not enough for me. I went to a web-series production company as an editing intern, which opens a whole new world to me: all the episodic clips that don’t really mean anything can be combined and tweaked under my hand, to make a great story and build great characters. That’s how I get into editing professionally.

As an editor, one topic you’ll have to touch is “is this already the best I can do”. As the fixer in the team and the last storyteller, there are too many possibilities and sometimes you’re not sure if this is the best one. There is always an anxiety of making it better, but at the same time the limitation – footage, time, budget, schedule – is there. I learned to think out of the box, do whatever I can switch the order events happened, and make it as interesting as I can.

Another challenge to fix as editor is that as the last storyteller, you’ll always have to meet multiple expectation. The director, producer, executive producer, sometimes actor, or maybe cinematographers all have their own idea of what will work and they might communicate with you. Sometimes someone shares their feeling of the film – it might not be what you expected, and giving some advices that you know it’s not gonna work. All these situation happened. From one of the project I was on as assistant editor, my editor told me that taking notes is a part of the job of an editor. You cannot just simply push back their thoughts, but what you can do is understand the source of their feeling, and try to fix it in your own way. That really enlightens me and helped me to think on a totally different level.

Now, I’m still an uprising editor and hunger for stories to tell, films to cut, and all the great adventures on the way. I hope more like-minded filmmakers can know me through this article, knowing I have this huge passion to humanity, to storytelling, and collaborate. I’m looking forward to whatever coming up.

Any places to eat or things to do that you can share with our readers? If they have a friend visiting town, what are some spots they could take them to?
I’m a pretty in-door person, so I’ll try to recommend as many as I can.

Afternoon – Warner Brother Studio Tour. I highly recommend that because it is the most hardcore movie fan studio tour I found, and all the popular franchise WB holds can always hit on the point of my friend.

Dinner – Sawtelle district full of great Japanese style food. Ramen, Sushi, Japanese BBQ, curry pork, matcha cake – everything you can ever imagine is there. There’s also a lot of small stores with all the Japanese cut little toys and it’s great fun to explore even not really buying anything.

Night – if you’re coming in LA in summer, the night outdoor movie at Hollywood Forever is a must have. Bring your picnic mat, some thick comforters, pillows and food, sit or lying on the grass and enjoy some classical movies in the most lovely and peaceful cemetery in the world is really a magical feeling. 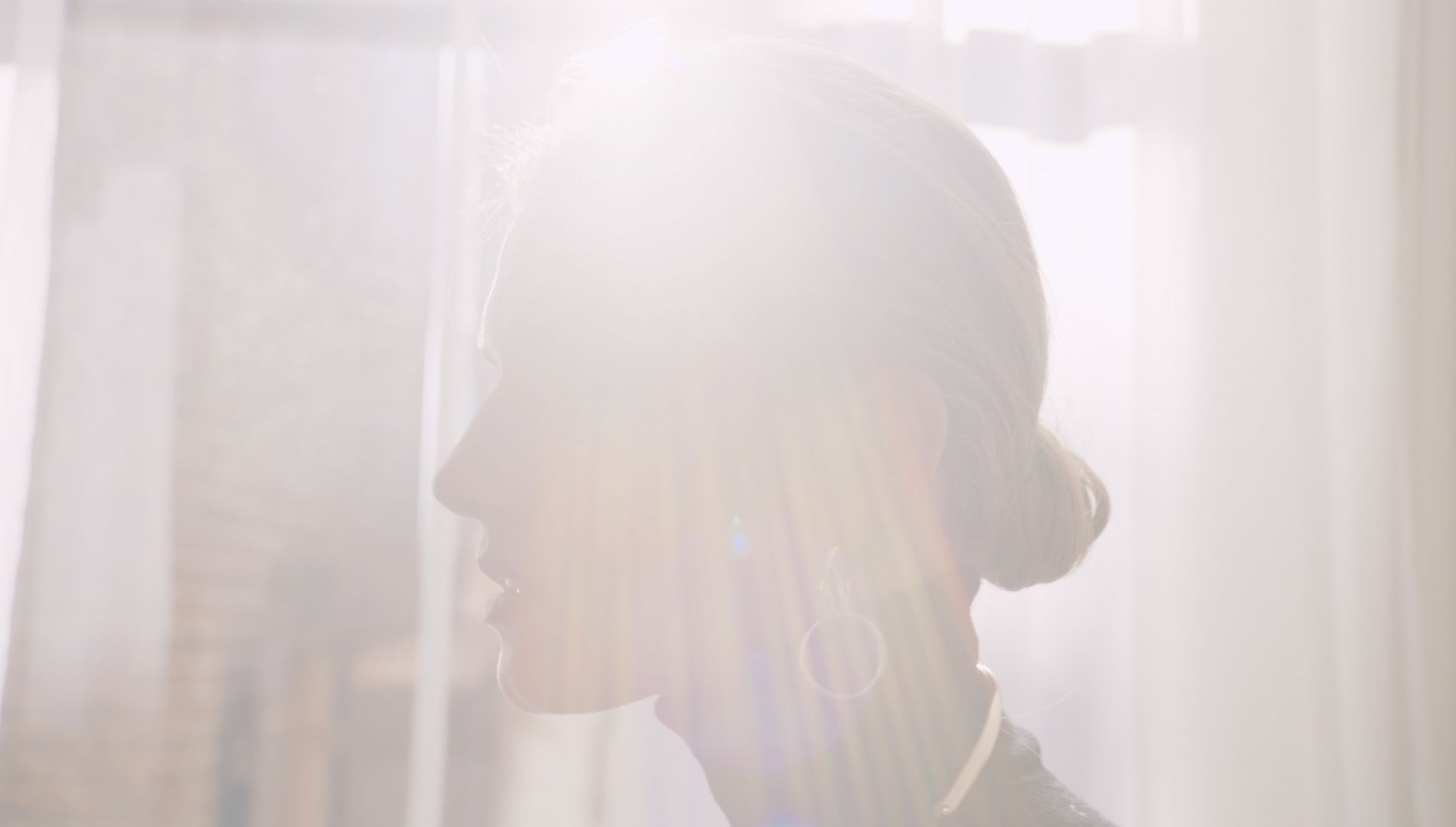 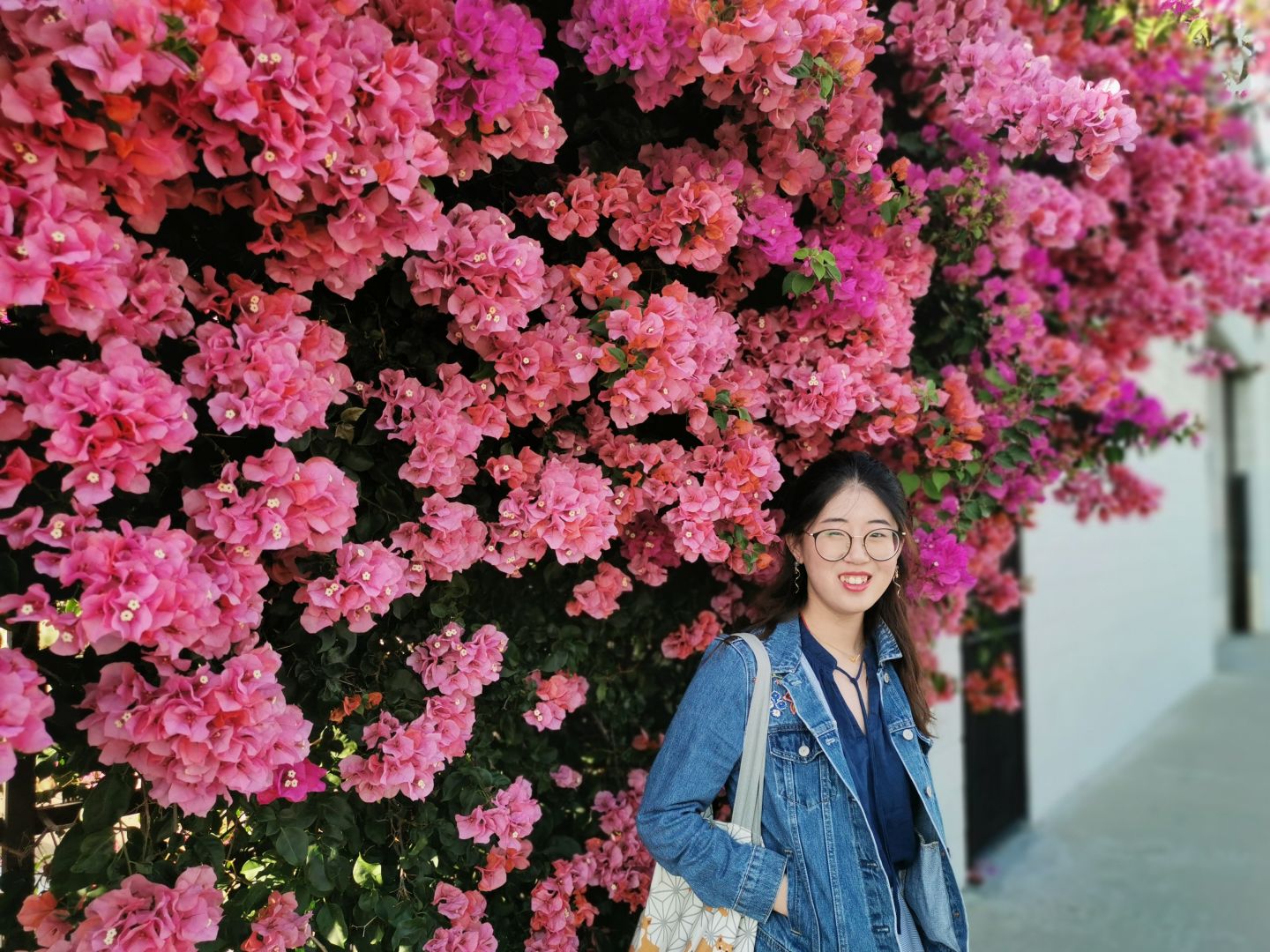 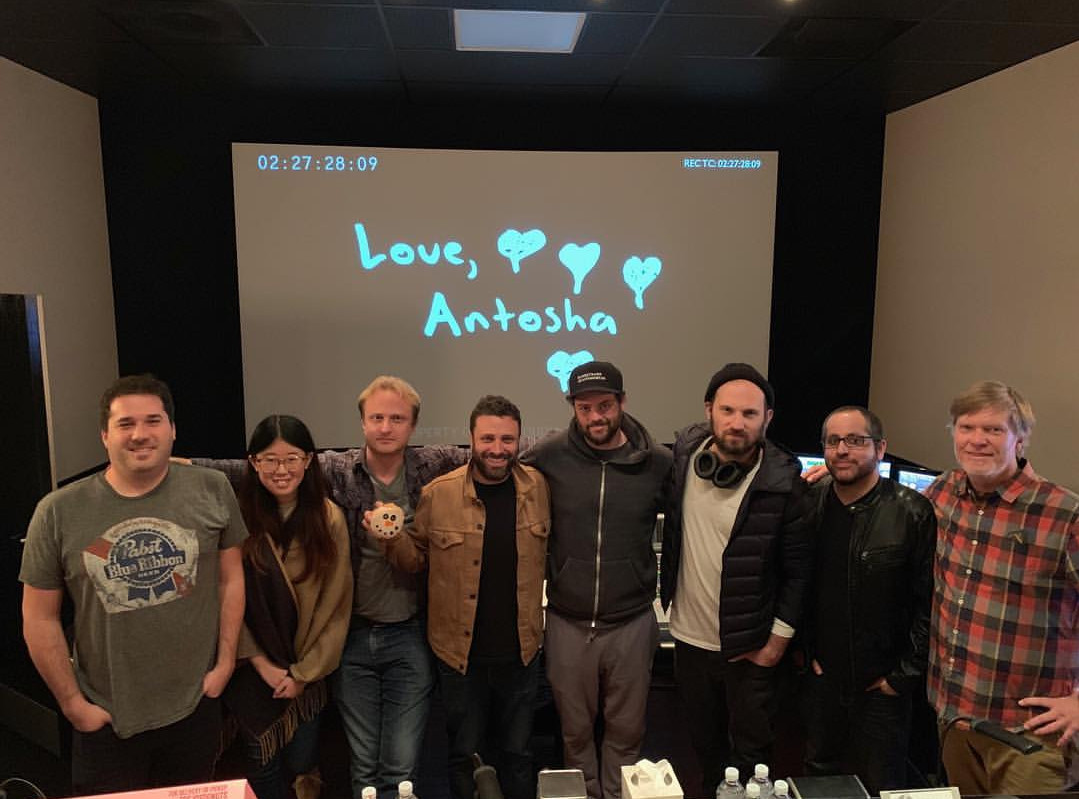 Shoutout is all about shouting out others who you feel deserve additional recognition and exposure. Who would you like to shoutout?
I really want to have a shoutout to my friend Cynthia Chen, an editor/colorist and my ex-roommate. We were classmates together, and she moved to Los Angeles a year earlier than me. When I firstly moved to L.A., she has a spare room and asked me if I need one – that’s how our story really began.

Cynthia is the best roommate that you can imagine – she’s organized, welcoming, warm and caring. The first year after graduate was always hard, and I had some depressing moments in my hardest time – but she always handled that and supported me emotionally, trying to help me every way she could.

Another best part is she’s also an editor, and she’s always one step further than me. We were both Chinese girl struggling in the industry, and just by looking at her achievement, it gives me hope and goal, also confident of I can achieve something here as well. If she’s not here, I might not dare to dream the dream so wildly, and grab all the chances.

I also really want to shoutout to the Love, Antosha team, Garret, Adam and Jordan – the first production I involved that really gave me lots of love, support, encouragement and recognition. As a new girl in Los Angeles, it was so important to be in a productive and emotional indie film production, learning from all of them, and also trust each other. At the dark dawn of not knowing my power and my voice, these guys encouragement really helps me to recognize the precious in myself.