We had the good fortune of connecting with Michael Joseph Pierce and we’ve shared our conversation below.

Hi Michael Joseph, is there something you can share with us that those outside of the industry might not be aware of?
I think what most people don’t realize with anyone in this industry is the time and personal financial commitment it takes. I believe when someone sees someone working on a project, they think that it was handed to them which is not the case. Agents and Managers don’t just get jobs for their clients. The work behind getting the job is labored and immense. I also think they believe that everyone in this industry makes money which is also not the case. There are high paying jobs and trust, every actor would love to get on a Network Series or Studio Film. But chances of that are slim given the huge amount of actors in the industry. So there are Union Projects and Low Budget Projects and Ultra Low Budget Projects and New Media Projects … all sanctioned by the Union but the rates are dismal. BUT, it’s a Union Project. And actors just don’t want to turn them down. I have people I know that are working in the industry who discuss the same scenarios with me, in which their friends or family will say things like, “you need your agent to work harder” or “have your agent get you one of those type of roles”. They simply don’t understand the entire process of breakdowns and submitting to roles and self tape first auditions etc. The reality is there are 100,000 actors in the Southern California area, and sometimes there are over 2000 submitting for a day player job (literally working one day on set with maybe 5-10 lines). If you get called in after a submittal you are already in good company even if you don’t book simply because sometimes out of 2000 submittals a Casting Director may only be seeing twenty actors and then they narrow down to three or four to submit to a producer or director when which if you’re lucky you will get a producers callback to audition again before a booking even happens. This is why so many people create their own content. They need to work and they need to film good material so they can get it in front of a casting director. They also don’t realize that there is a massive financial burden on actors. The cost of producing content for your reel, the constant new head shots and training and wardrobe costs. Additionally there is the time involved. The time in which you get your sides for an audition, the time involved in memorizing them in literally a day, or trying to get a reader to assist with a self tape for a casting director that is due the next day and trying to be “off book” and making sure your at home self tape set up is just right, lighting and sound. And then you still have to adjust it through editing to get it right to send off to either your agent or through an actor’s service to get to the casting director. That can be a whole night just to do that. And once it’s submitted you may never hear anything again. The cost can be enormous. Head shots every six months can cost anywhere from $250-$700 depending on the quality and quantity. Additionally acting classes are the norm if you expect to be seen by casting directors and represented by an agency. Those classes can cost upwards of $100 a week depending on where and how many you are taking. Then you have the cost of mailings of comp cards and snail mail head shots to casting directors and monthly casting service subscriptions online which there are many and most subscribe to two or three. I could go on but the point is this. It isn’t glamorous. It can be, but that takes time and effort. It definitely has its wonderful and enjoyable times but it is not an industry for someone with a thin skin or someone that is vulnerable. All, that being said … I LOVE what I do! 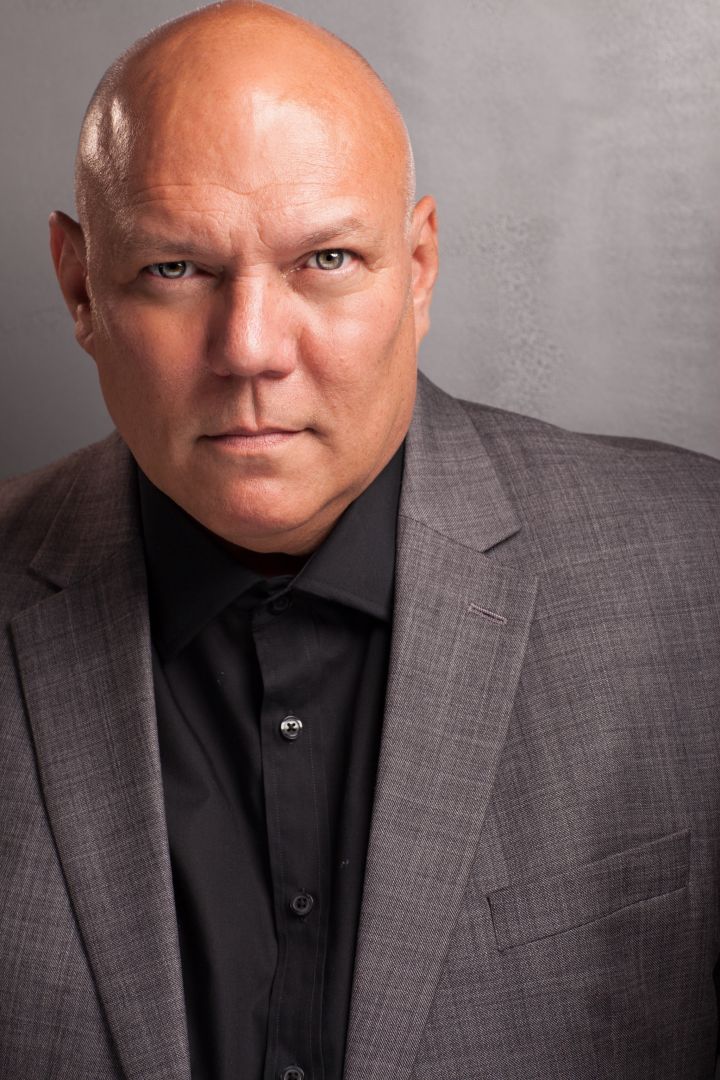 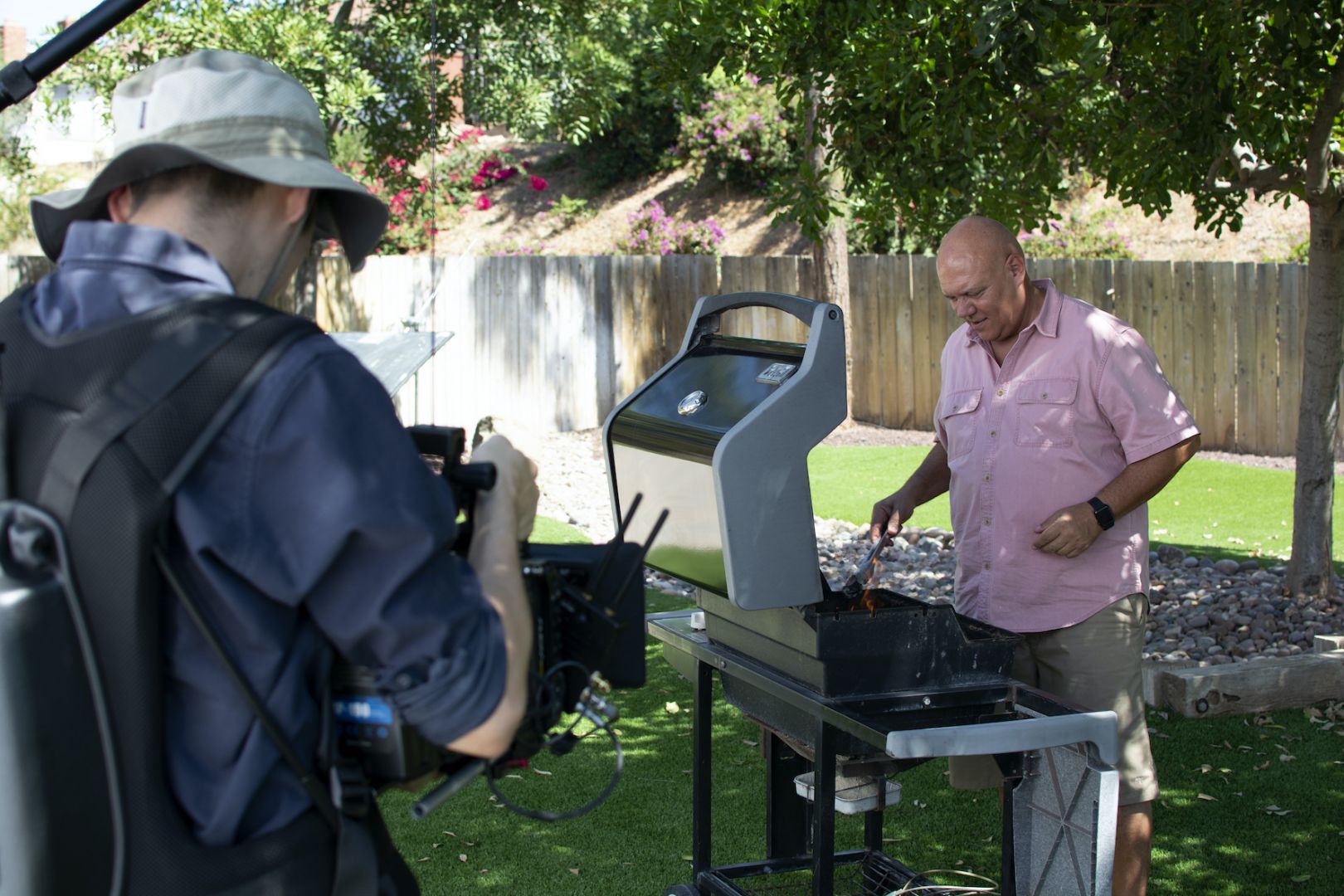 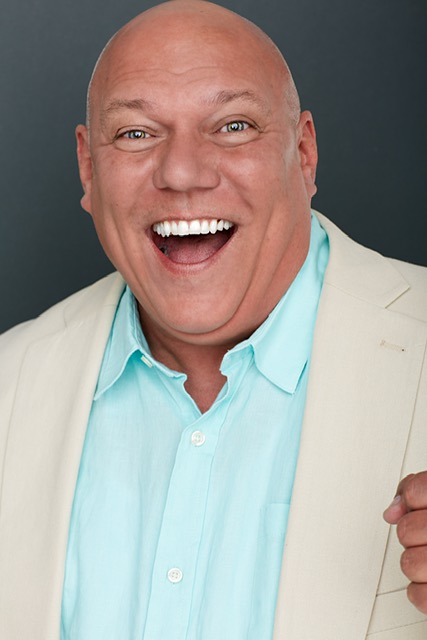 Let’s talk shop? Tell us more about your career, what can you share with our community?
You know I was really naive in this business when I first got into it. I had mentors and agents but I was still naive which was really based on the fact of how I grew up and was raised. I stayed in the industry for about ten years but after ten years I left the entertainment industry. I was in White Collar Management for twenty five years after that. That definitely molded me and my behaviors and taught me independence and the ability to maintain composure and patience and to have a thick skin. I was fortunate to work in Operations and Global Management for some large companies (Rand McNally, LEGO Toys and No Fear). The largest lesson I learned is that everyone is different and must be treated as such. The concept that “this is a cookie cutter business” is a downfall to companies and to treat every single employee and customer exactly the same will be your failure. This has assisted me immensely in realizing that every acting job I go into is going to be different, Every audition I go into is going to be different. Walking into a casting directors office with the same mindset every single time will be my failure. I just go in with my personality which is fun and sometimes quirky and sometimes not PC, But it gives them a chance to meet me, and not who I think they want to meet. My whole mental state is ‘Manifest what you believe’. I have a terrific disposition and I I am happy and that belief keeps me still going out to try and get that Network TV Show Audition or that Studio Feature Film Audition. 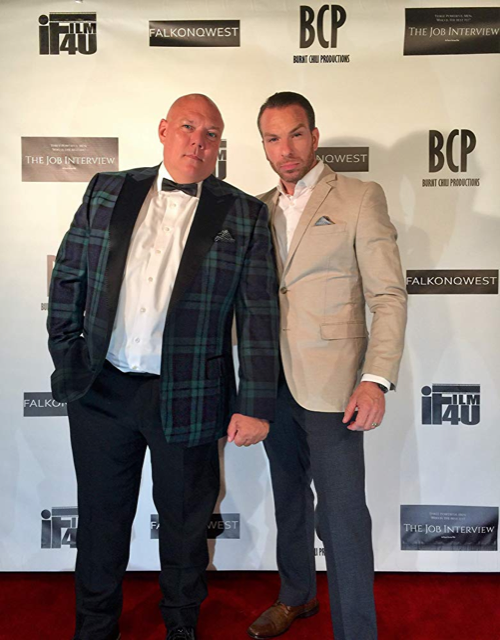 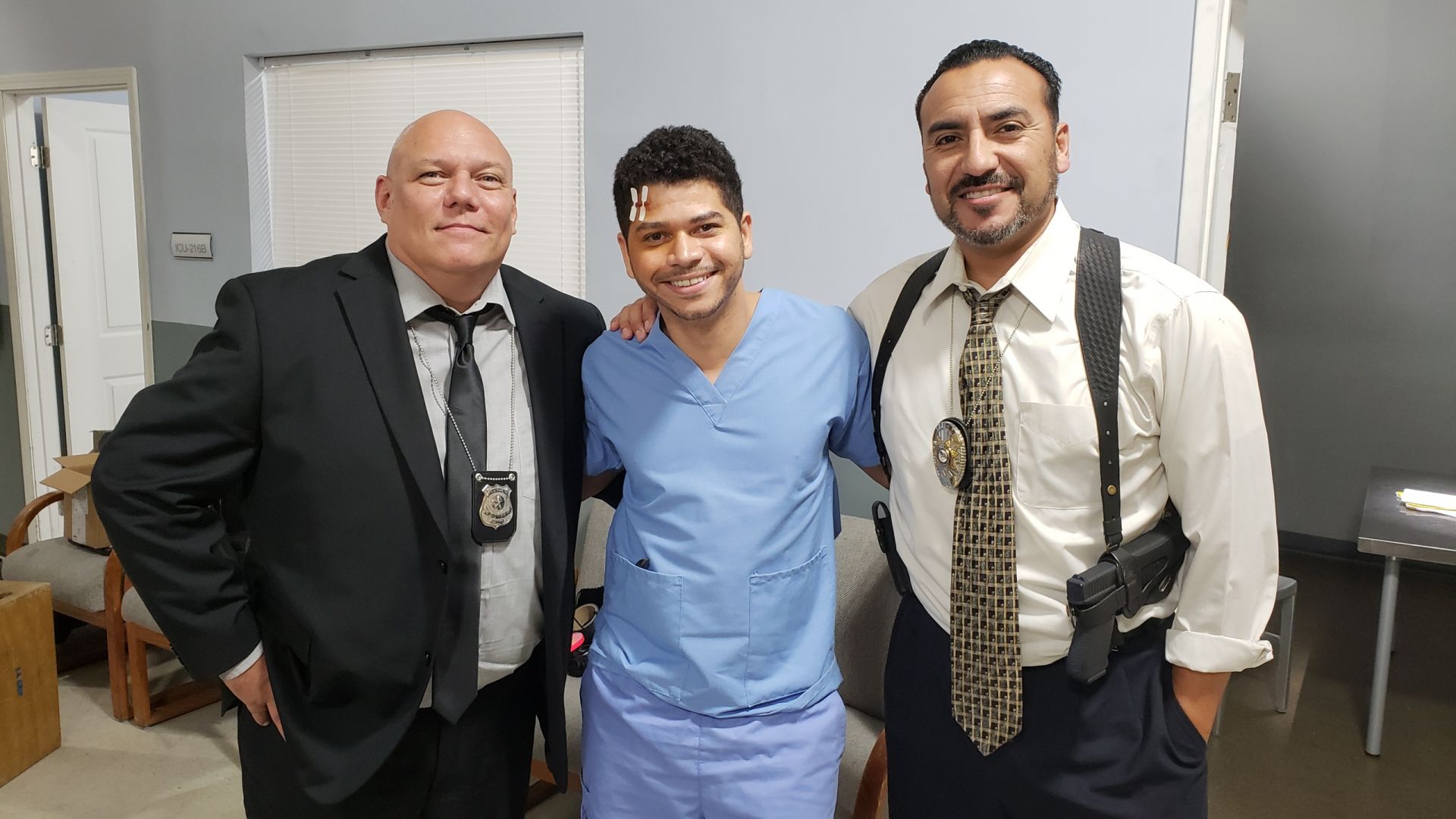 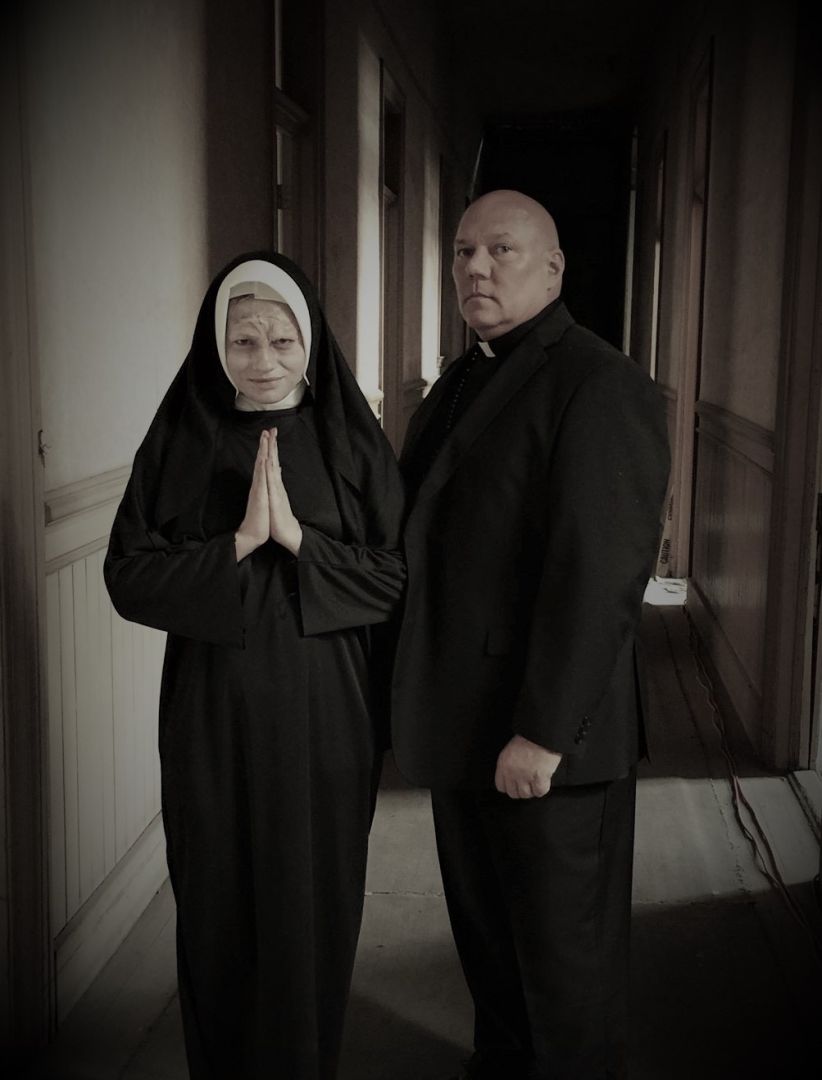 If you had a friend visiting you, what are some of the local spots you’d want to take them around to?
If I was in my hometown, San Diego I would definitely take them down to the waterfront, Downtown, by the Convention Center, Petco Park etc. Downtown San Diego is the real deal. We would absolutely have to take a ride across the Coronado Bridge and visit the Hotel Del Coronado as well as view the San Diego City Skyline at night from Coronado. In regards to dining, Meze Greek Fusion Downtown is the bomb, fresh Hummus, awesome cocktails and the food is 100%. Patrick Davoudi runs a very tight ship. Also we would have to head to Little Italy and definitely hit up Filippis Pizza Grotto which started as an Italian Cash and Carry Grocery Store in 1950. The smell of Salted Cod and Fresh bricks of Parmesan Cheese will make you want to stay forever but the homemade rich sauce is spectacular no matter which pasta dish you order. If we were in Los Angeles there is no way we wouldn’t visit the City Walk at Universal. It is such a strange mesh of culture in regard to diverse retail and restaurants. It is three blocks and feels like you are in a Hollywood movie. There is no way we wouldn’t visit the Original Farmers Market LA for an afternoon and sample food and pick up seafood and produce for dinner and for sure a trip to Olvera Street, “the birthplace of Los Angeles,” and hit up the different marketplace vendors. I think if we were going to imbibe in a cocktail to end the night there is no way you cannot feel spectacular at The Rooftop at The Standard in Downtown LA, IF you can get in. 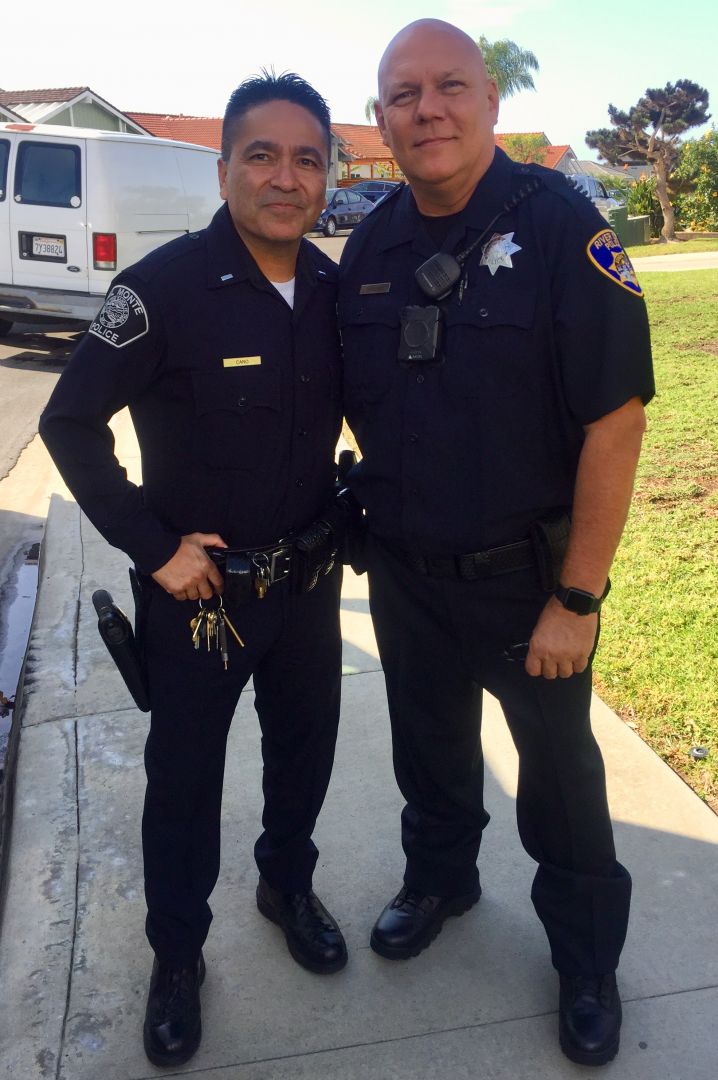 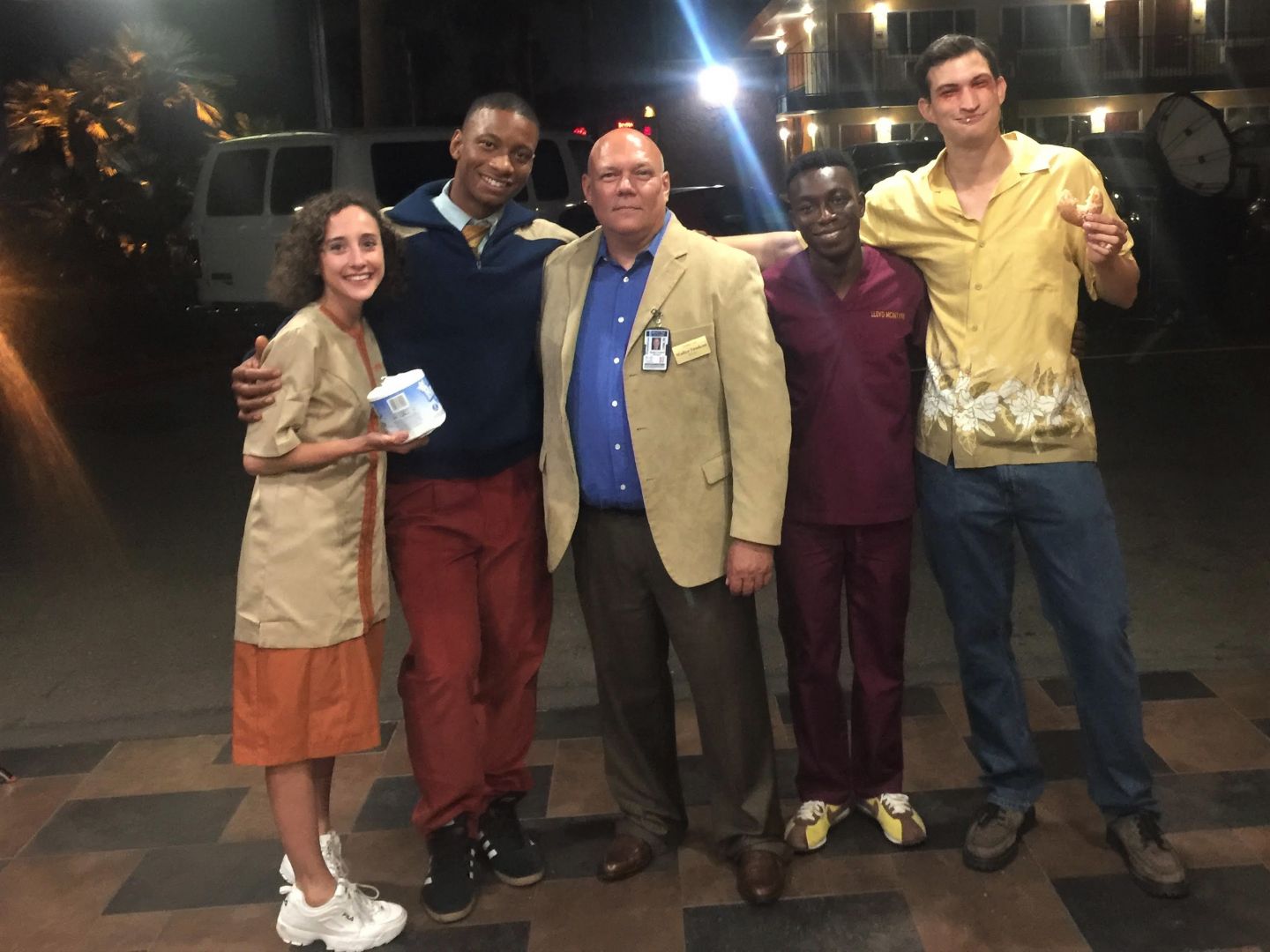 Who else deserves some credit and recognition?
I am very lucky in my life that I still have a relationship with my High School Theater Teacher, Norma Basgall. She is amazing. She and her husband live in Las Vegas and I am fortunate that I get to speak with her every week. She pretty much taught me the fundamentals of acting and theater forty years ago. She was right there when I had my first acting break on ‘General Hospital’ back in the 1980’s and my first real theater experience acting alongside Whoopi Goldberg in ‘Mother Courage ‘ at the San Diego Repertory Theater, so many years ago. She is definitely my mentor and has been throughout my entire adult life. Listening and offering advice as is needed. Never in a manner that is imposing but always a suggestion or thought that might give me an opportunity to think about my decision making process in life and determine the roads are varied. She has been a stable force in my life.