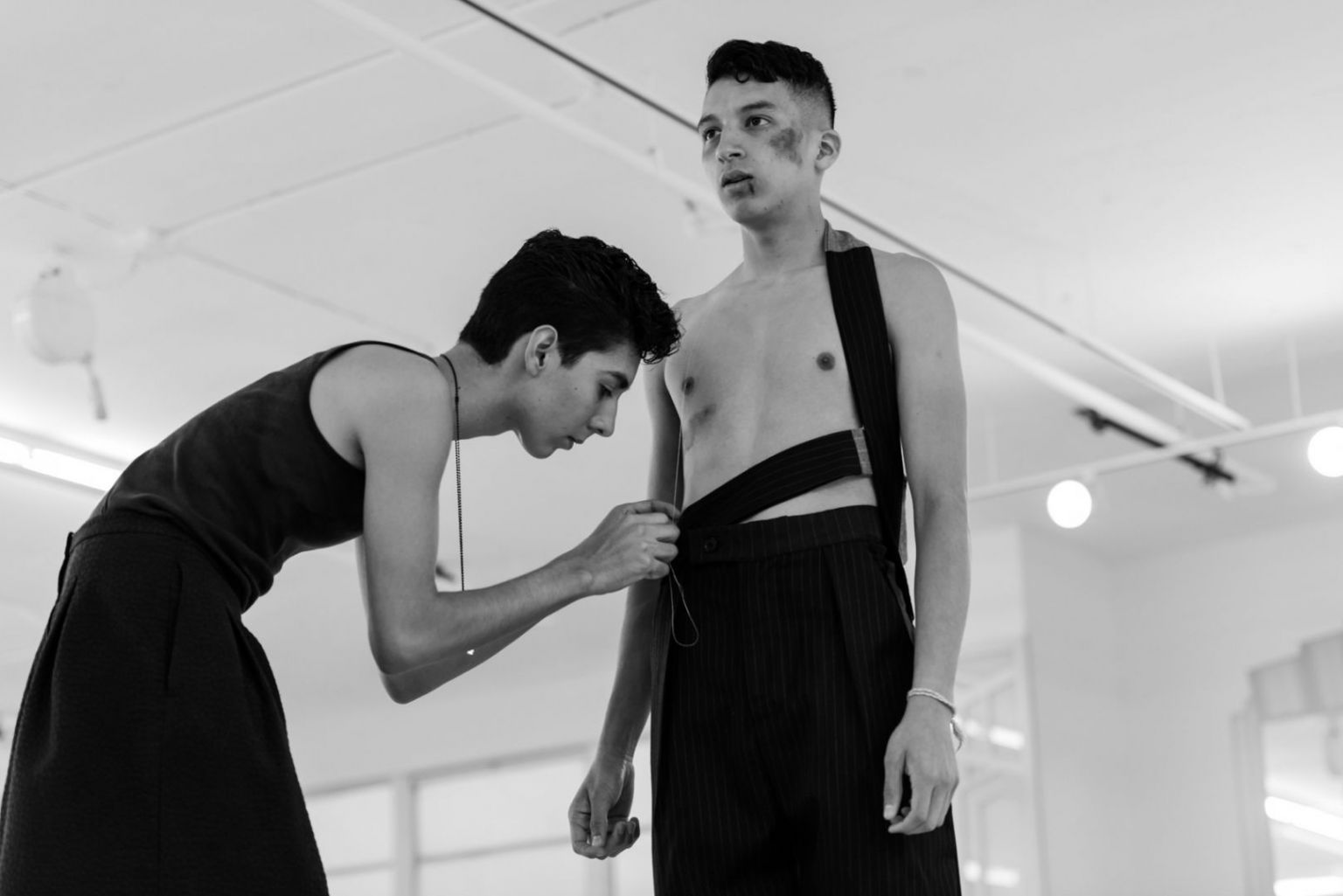 Growing up in East LA, we get our nutrients from the corners. East Los Angeles is where our unnamed neighbors sit next to us on the public buses and crowded mercados. Where artisan hand painted eyebrows became a fad and rosaries dangle from our throats. Where frightening gunshots get mistaken for fluorescent firecrackers. Where we spill our teeth over lovers during the heat of the summer where we love. The concrete with graffiti, so pure, however its expression is often misunderstood. Read more>> 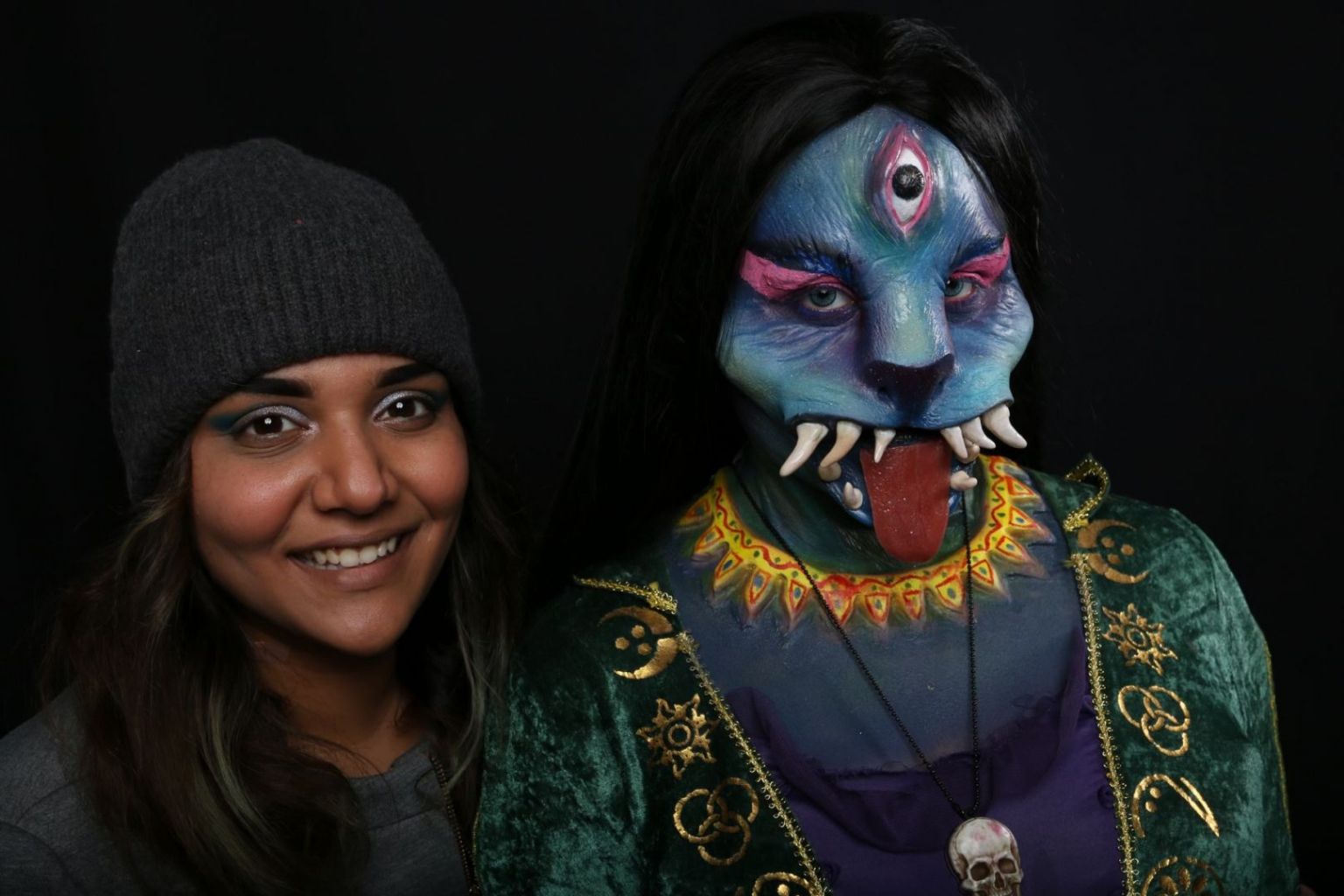 I am from India. I grew up watching mythological movies and TV shows that my dad directed. Back then, I never thought I would belong to the same movie industry. I’ve always found myself going for the shoots with dad and the first thing I would do is get my makeup done by an artist. I think your interests as a kid grow into passion in the future is an amazing feeling right. In India, everyone wants to become an engineer because getting financially stable is their main objective. I consider myself very lucky in this aspect because my parents did not stop me from becoming who I wanted to become. Read more>> 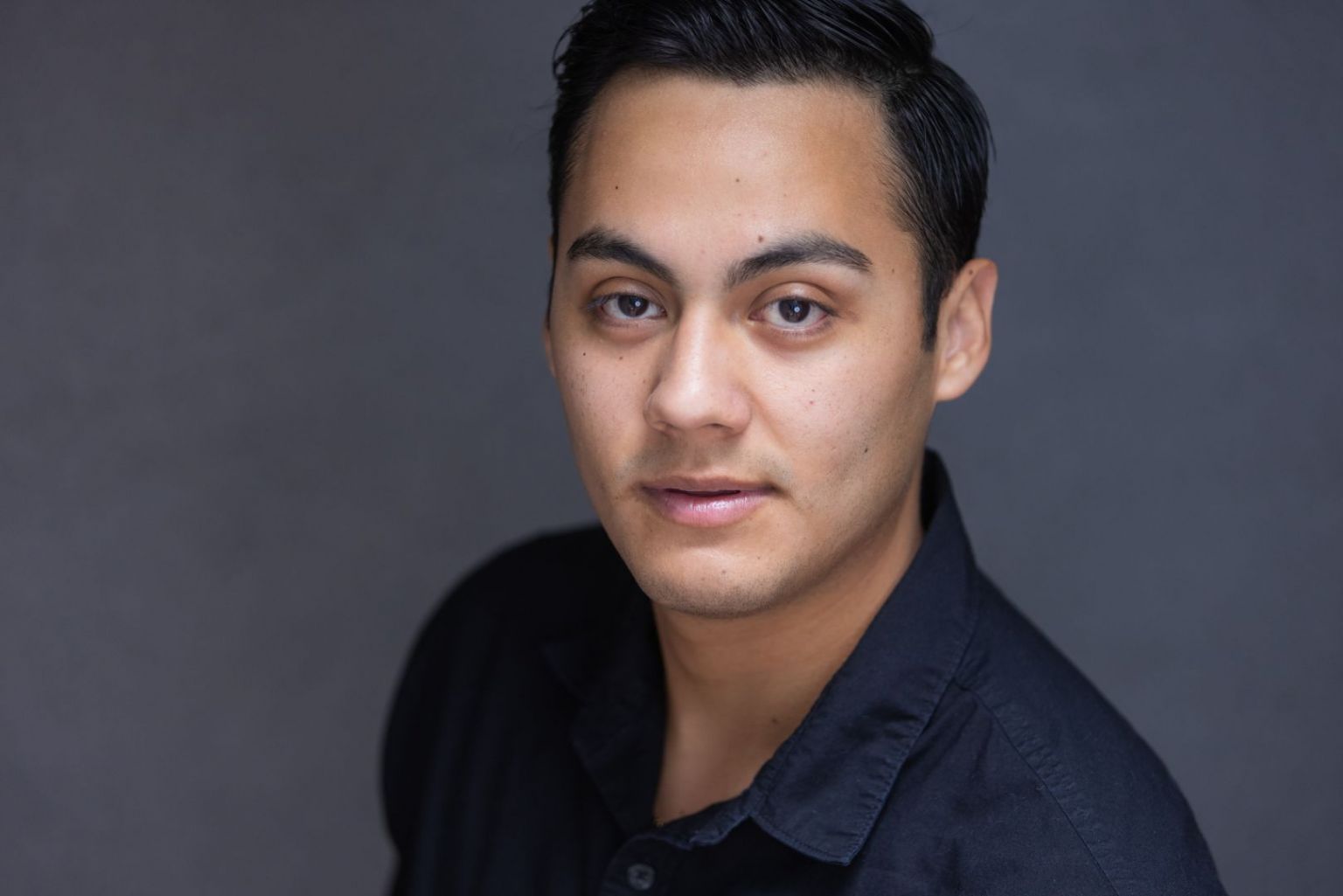 I’m originally from Arlington, Texas… where I was surrounded by a wealth of conservatives and my very catholic family. For a long time this impacted who I was as a person. I remember being aware for the first time I had brown skin when I came to college in California. It was move in day and tons of other families were staring at me and family in a way we hadn’t been stared at before. Even though I grew up in Texas, my city was really well diverse. Read more>> 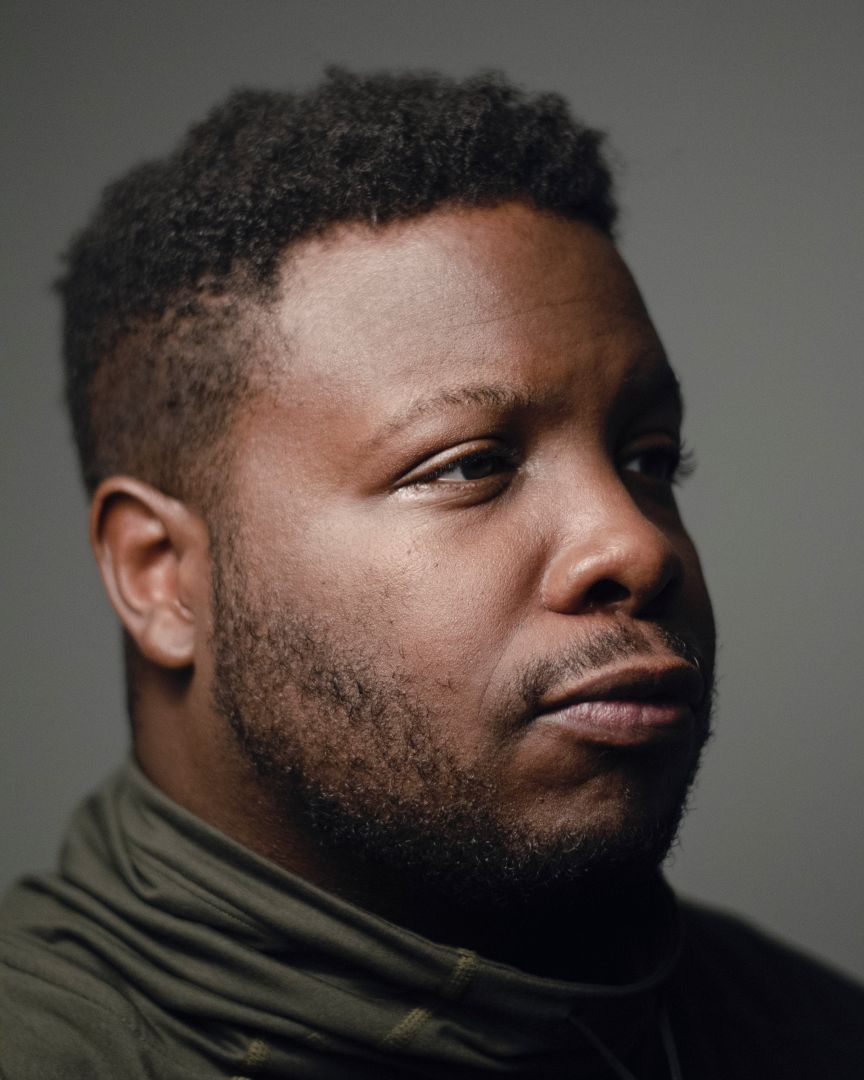 I was born and raised in Toronto, Canada. Being raised in Toronto definitely impacted me in life and my creative influences. With the majority of the year, being usually cold, I would tend to find myself in my earlier days a lot of times indoors. I would keep myself occupied. Read more>> 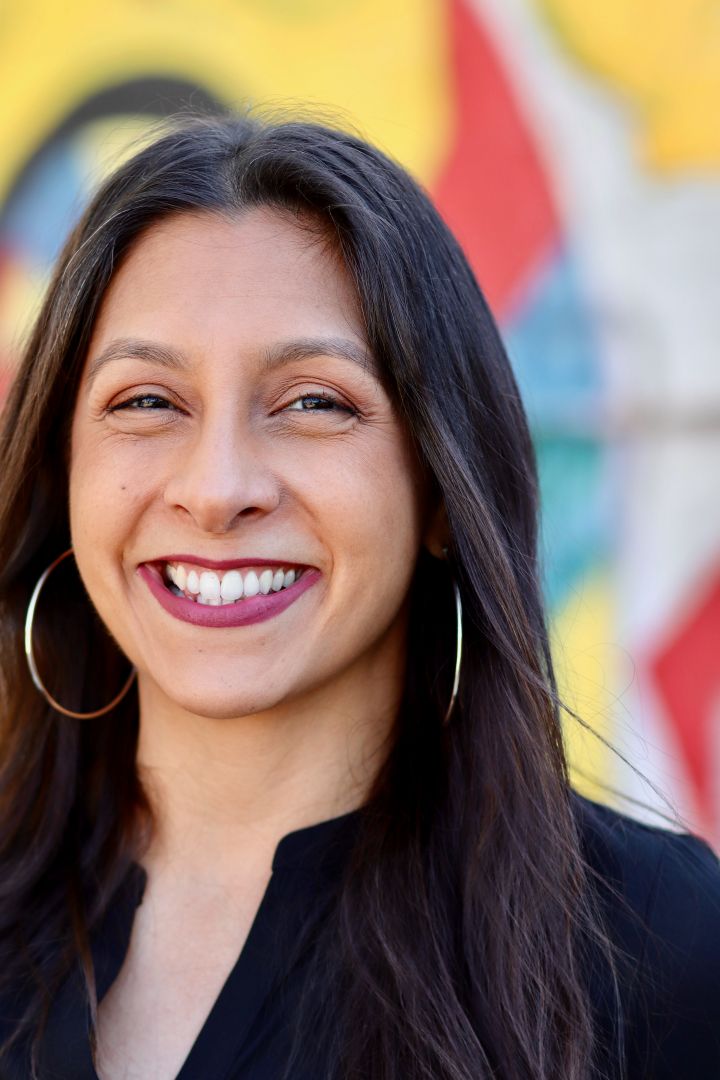 I was born in Aguas Buenas, Puerto Rico and proudly raised in the Bronx. Even though I have lived in Los Angeles for 19 years now, I carry the Bronx and Puerto Rico with me. It can be heard when I speak Spanish and in the way I carry myself. The island is my first home but growing up in the Bronx in the 80s and 90s taught me invaluable lessons about resilience, confidence, and fearlessness. I think of these things when I walk into a faculty meeting and when I teach my students about literature and the difficulties of grammar. Read more>> 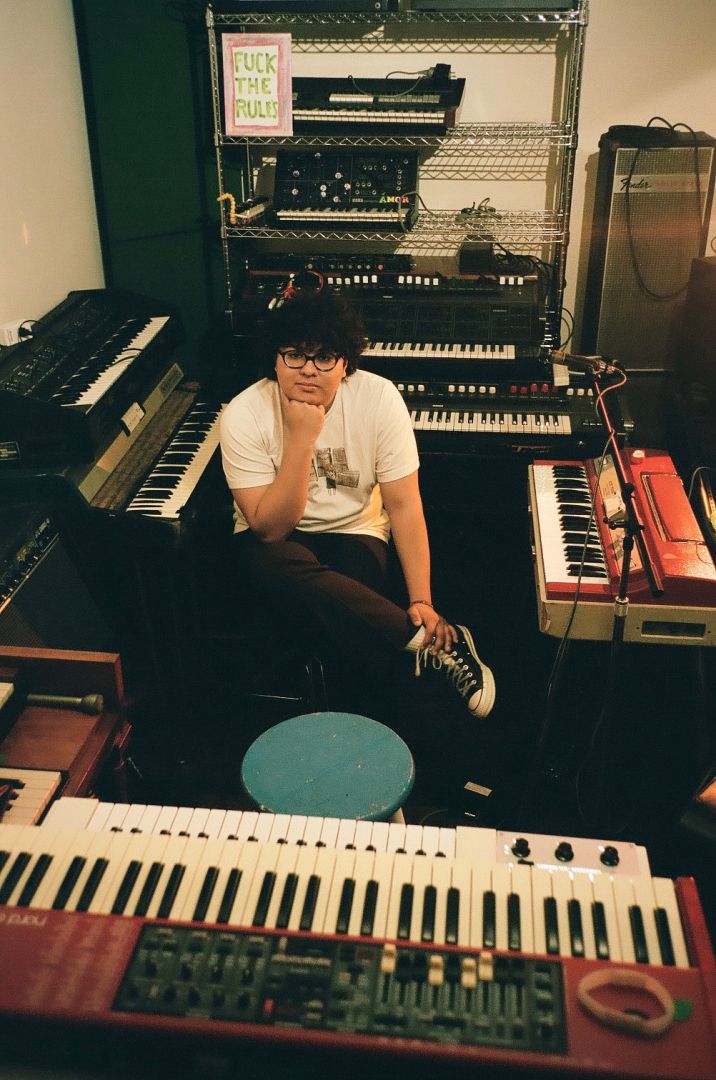 I was born and raised in San Diego, CA but also spent half of my life living in Tijuana, MX. I didn’t move to the US until I was 10 so for that first half of my life I was going to school in Tijuana. While being down there I was always involved in school events related to music. Everything from being in the drum line to being part of dance events. My upbringing was definitely quite interesting. My parents were going through a divorced and my mother wasn’t allowed to cross over to the US yet. So whenever my dad came back it always ended in fights. When that happened I use to either hide in my room or wait outside while using my dads MP3 player. Music was definitely a way for me to get out of that. Read more>> 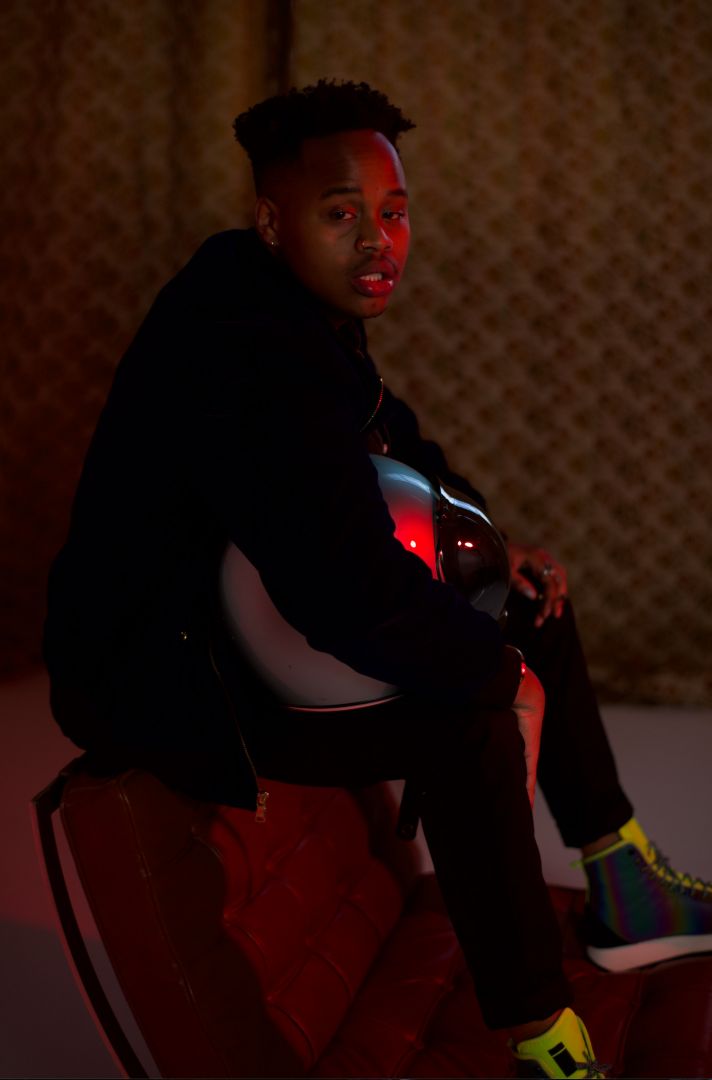 I’m originally from Johannesburg, South Africa and spent the first 17 years of my life there before moving to The United States. South Africa has a huge impact on the person I am today. Growing up as a privileged black person in South Africa is extremely rare and allowed me to live a life that the majority of black South Africans do not have access too. Growing up, it took me a while to realize how fortunate I am but also how unjust the world can be. As an artist, musician and DJ, I focus on showcasing music from South African talent as I recognize we do not have the opportunities that other artists in the world have. Read more>> 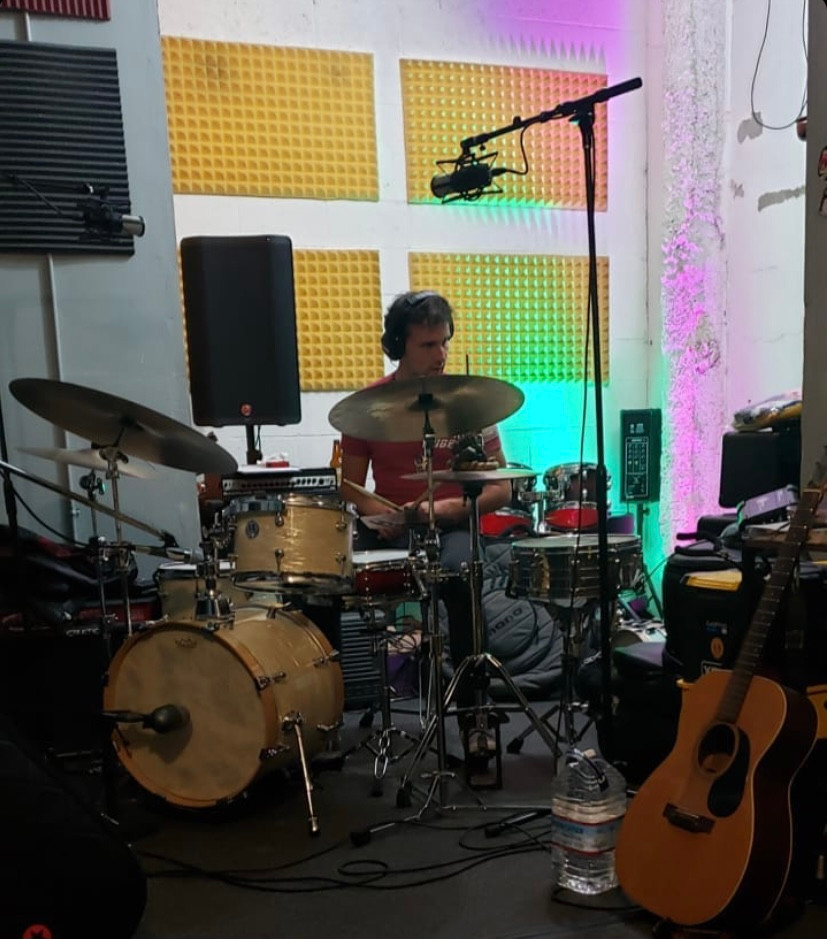 I’m from North East Los Angeles, there wasn’t too much recognition towards my corner of this great city..so I wanted to try making a difference in my community by bringing more music diversity and opportunities. (Booking shows, offering lessons, ect.) Read more>> 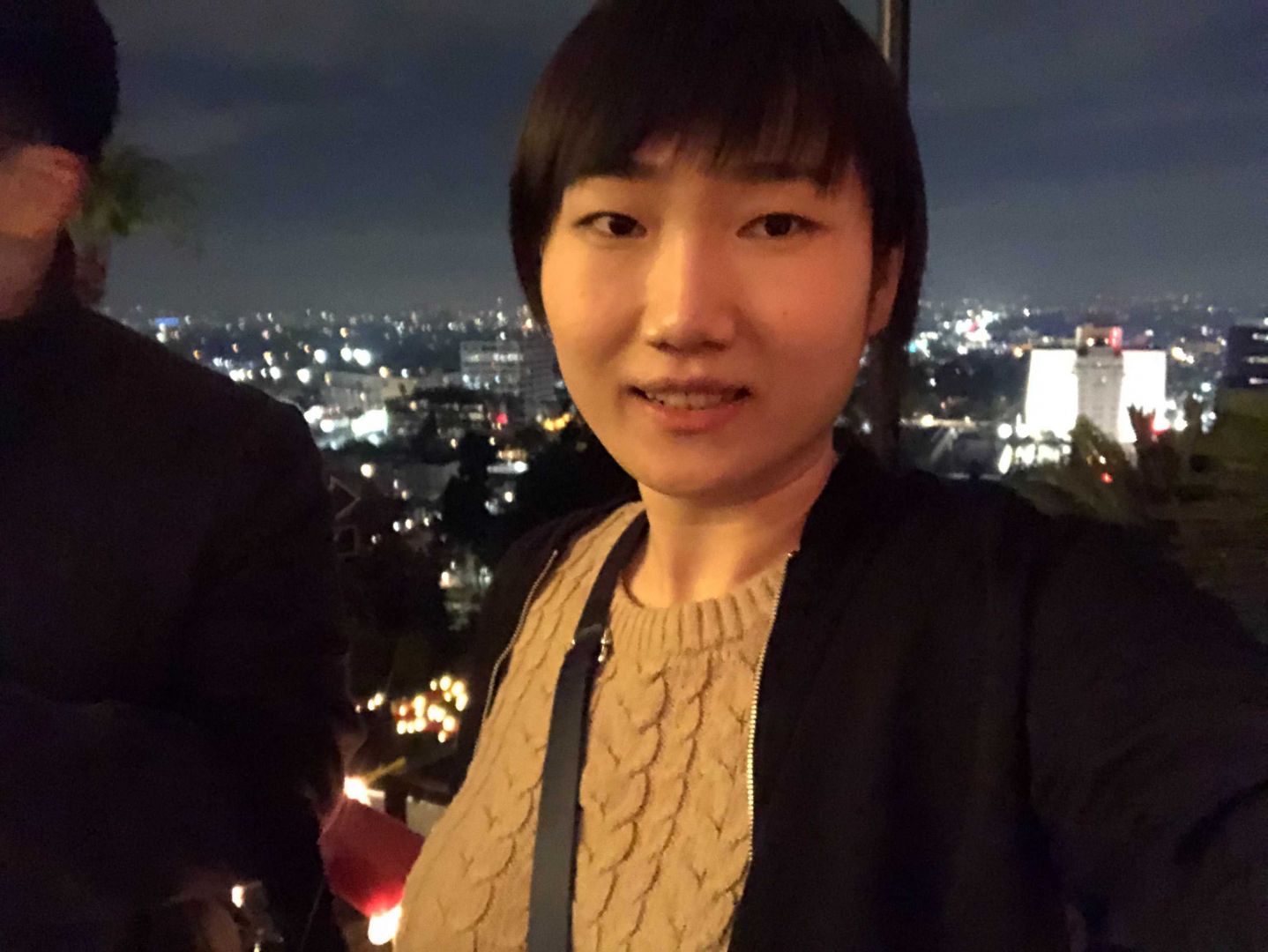 I am from a small industrial town in the northern part of China. I didn’t get a chance to leave there until I was probably 12. There wasn’t a lot of things going on in our town and when I was a kid, I was very adventurous and always craved for excitement out of the mundane life. I have visited every building in our town and one time, I even walked almost 1 mile on foot to my mom’s workplace ( My mom drove me there once and I memorized the route. And it really scared my parents at that time). Read more>> 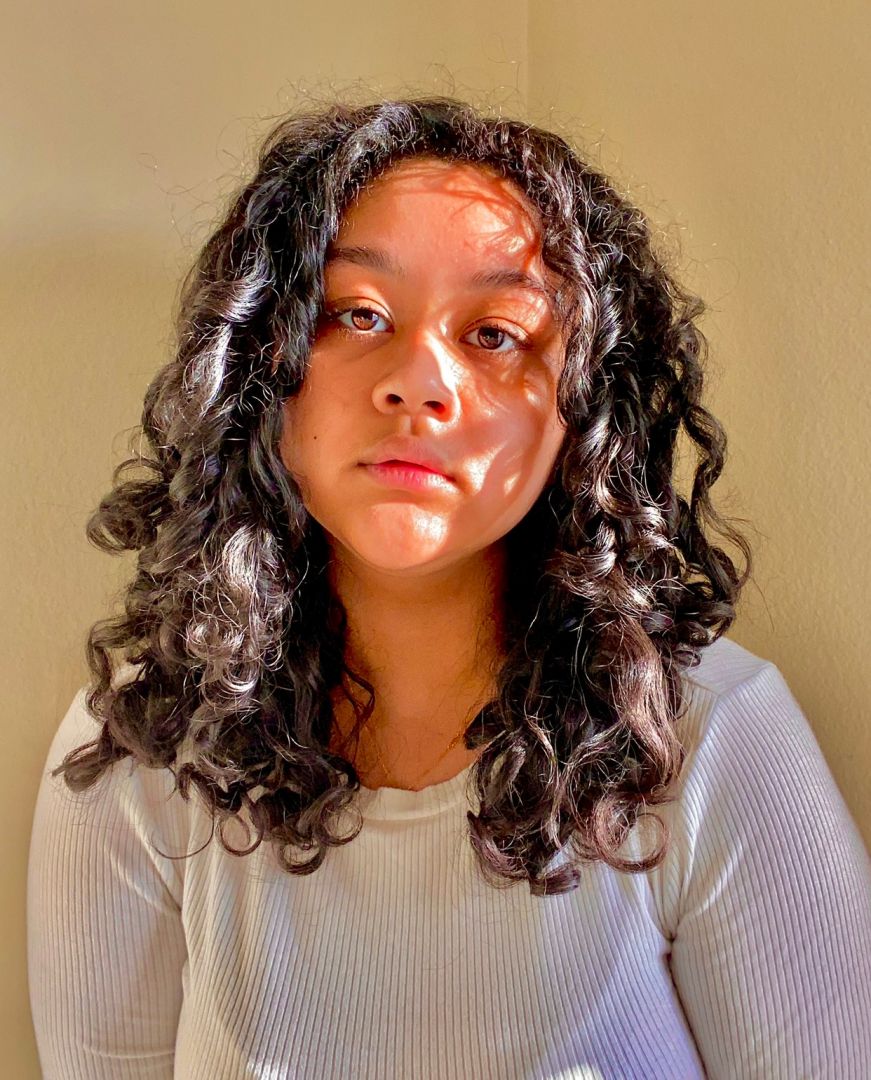 I’m from Malaysia and it’s the kind of environment where you’re exposed to different cultures. I come from a Chinese and Indian background which though feel different in terms of experience and exposure, it blends well almost seamlessly. Malaysia is a country that celebrates Chinese, Malay, Indian, and even Western cultures. There was always a sense of acceptance and constantly learning about new things while growing up, and it has formed me into the person I am today in terms of morals, ethics, and the openness to learn more. Read more>> 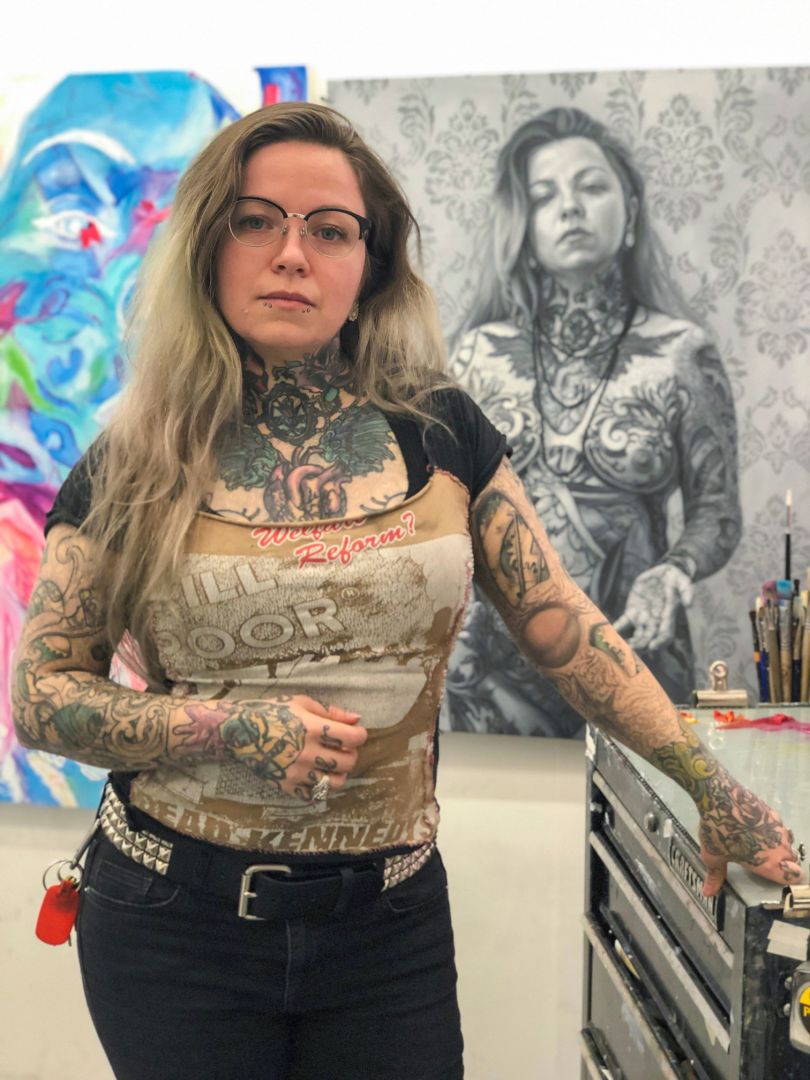 I was born and raised in Seattle, Washington, in the Capitol Hill neighborhood. My mother was a ceramicist and glass artist, and I was heavily influenced by her and other artists that were around while I was growing up. I got into punk rock around the time I was 14, the music and mohawks and studded jackets, and got into stencil graffiti and spray paint. I dropped out of high school at 17 and got my GED and started waitressing at a 24 hour diner, then started bartending shortly after turning 21. When I was 25 I met my biological father, a glass artist named Richard “Dick” Marquis. Read more>> 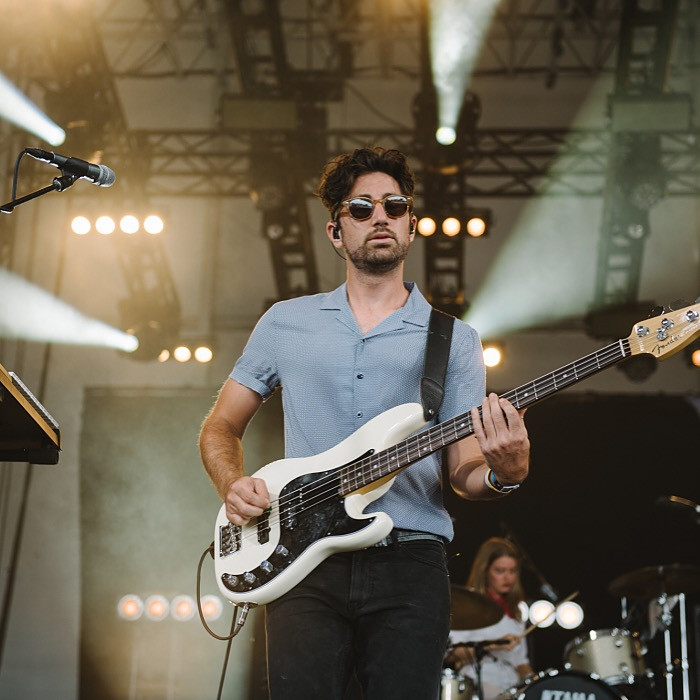 I grew up in San Francisco, and I felt incredibly lucky to grow up in the environment that I did. There was a bustling punk and indie rock scene amongst adolescents and high schoolers in the early 2000s in the Bay Area, and my first ever experiences playing shows were in garages, house shows and DIY venues. I think I gained a lot of confidence by playing original music in different rooms and in front of stangers at 15/16 years old. The combination of the fact that the city was so compact as well as having great public transportation made it easy to play music with friends. Read more>> 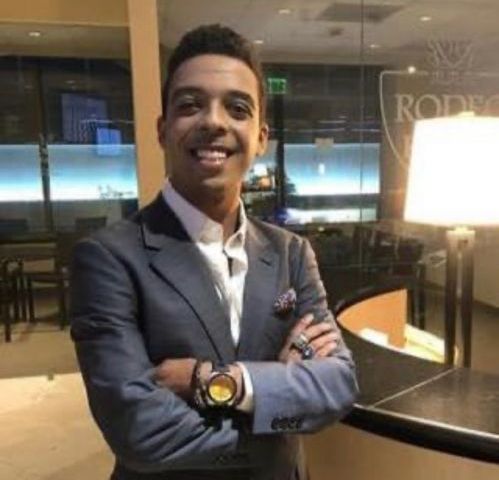 I’m from Myrtle Beach, SC. I have to say growing up in a conservative small town yet a very libel household in the South definitely shaped who I am today! Read more>>