We had the good fortune of connecting with Vasilina Mikhaylova and we’ve shared our conversation below.

Hi Vasilina, how do you think about risk?
In Russia, we have a common expression: “He who doesn’t risk never gets to drink champagne.” If you don’t take any risks, there’s only so much you can achieve. This Russian proverb has become my motto. Every big decision I have ever made has carried risk, and I truly believe that it’s led me to success. Perhaps the biggest risk I have ever taken was at the age of fifteen when I was given the option to study in Canada. I was very hesitant at first – who wouldn’t be at such a young age? After evaluating all the opportunities that this study-abroad experience would give me, I decided to give it a shot. Was it a risky decision? Yes. Was it worth it? Definitely. During my studies in Canada, I heavily improved my English, met so many wonderful people from all around the world, worked with a charity for the first time, and was even Valedictorian. When I saw my second study-abroad opportunity (in Los Angeles this time), I was eager to say yes without hesitation. Now I study animation in LA, and I couldn’t be happier. 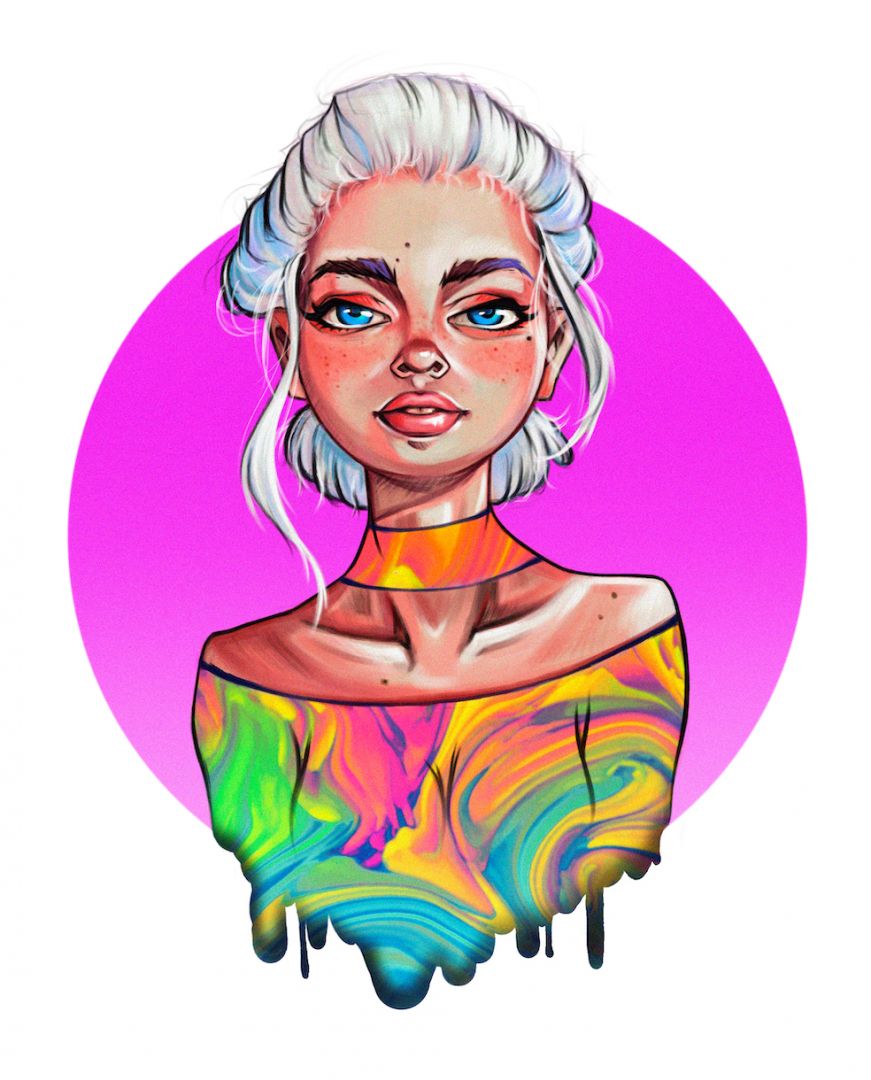 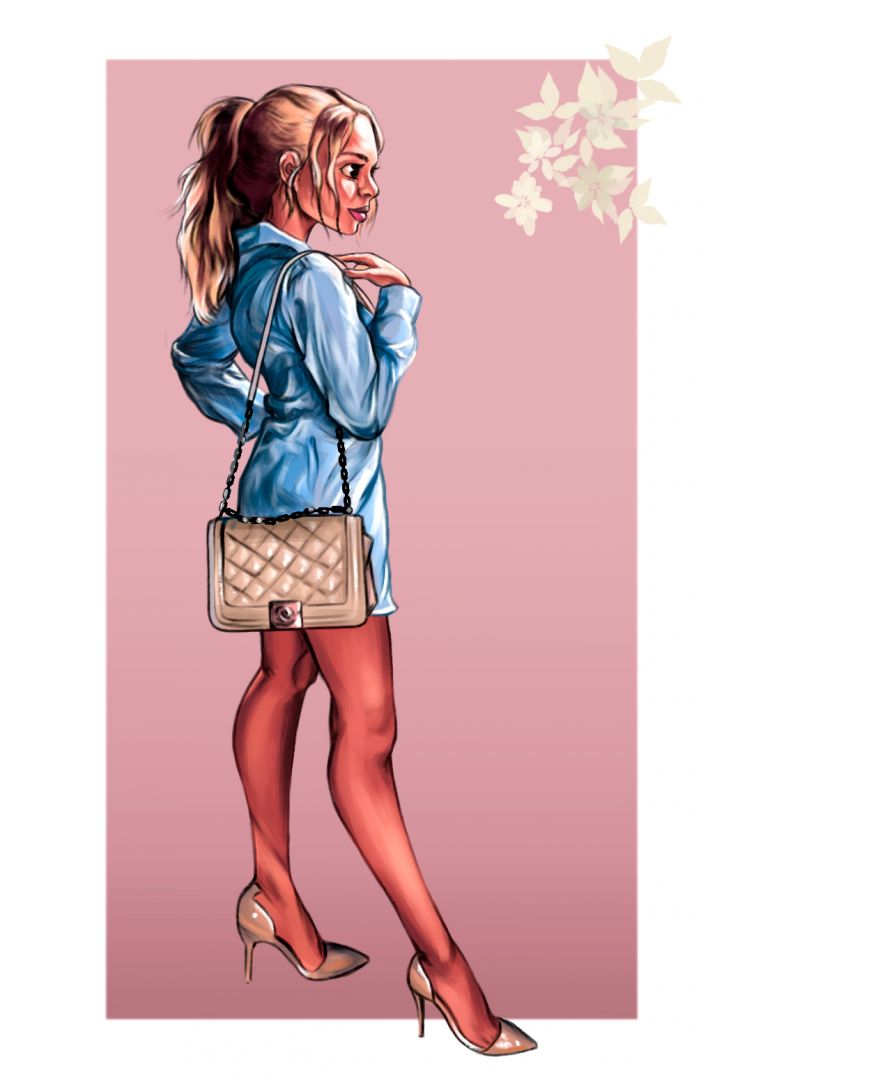 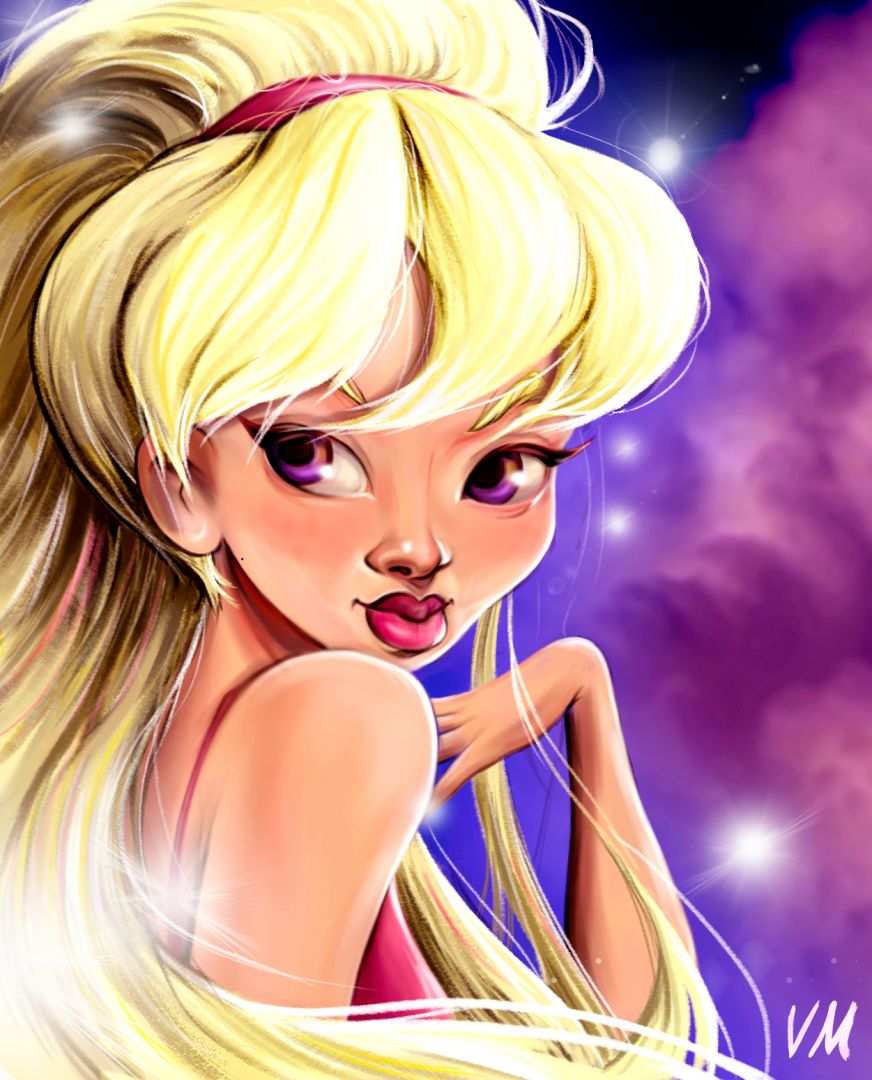 Alright, so let’s move onto what keeps you busy professionally?
Like most children, though perhaps with greater fervor, I loved watching cartoons. Growing up in Russia, my homeland, I watched Disney Channel every day after school. My favorite animated series was Alex Hirsch’s Gravity Falls, which to me was a masterpiece due to its mysterious atmosphere, genius plot, and unique style. Inspired by this series, I decided to pursue a career in animation and started to develop a career plan. In order to achieve my goal of becoming a professional animator, first, I had to improve my drawing skills. I went to the Universe Gymnasium Art School in Krasnoyarsk, Russia where I studied traditional art disciplines. As I moved to Toronto, Canada, I continued to study drawing and painting in the Toronto School of Art. During this time, I was also self-studying character design and storytelling. Despite how challenging it was for me as a teenager to live in a country far from my home, especially one that did not speak my language, I found it utterly rewarding to study animation. I fell in love with bringing characters to life and the idea of an audience falling in love with them too, even though they are only alive on-screen. In 2017, I enrolled in the Animation Program at Woodbury University, Burbank. There, I received a number of awards including Outstanding Performance by a Freshman Animation Award (2018) and The Design Foundation Introduction to Figure Drawing Award (2018). In 2019, I transferred credits to Loyola Marymount University where I’ve continued studying animation and plan to graduate in May 2021. My college experiences at Woodbury and LMU have helped me to develop a strong foundation of knowledge necessary to succeed in a wide variety of mediums. I have thoroughly enjoyed working as a team member on numerous student films including “Blue Ribbons” (2018), “The Coincidence” (2018), and “Blind Imagination” (2019). In addition, I’ve worked on a couple of feature films as an animation intern at Acme Rocket Fuel film studio in Marina del Rey. I am excited to see my work on the big screen once the films I’ve worked on are released. In addition to my professional work, I create fan art and oil paintings. Many of my artwork features the aesthetic of nature and the connection it has with humans. Without a doubt, nature is a major source of inspiration for me. Whenever I travel, I always take landscape photos to keep as references for future art projects. I hope that my work will inspire people to appreciate nature and to participate in environmental activism. 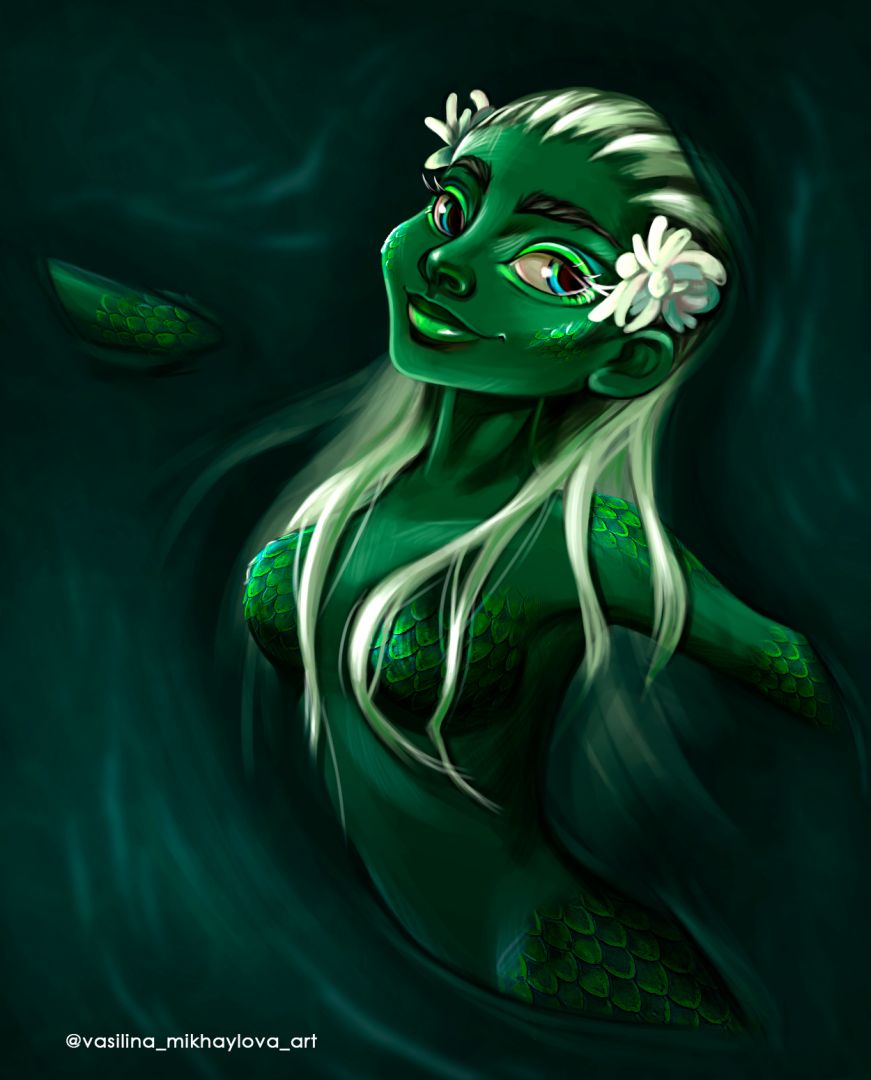 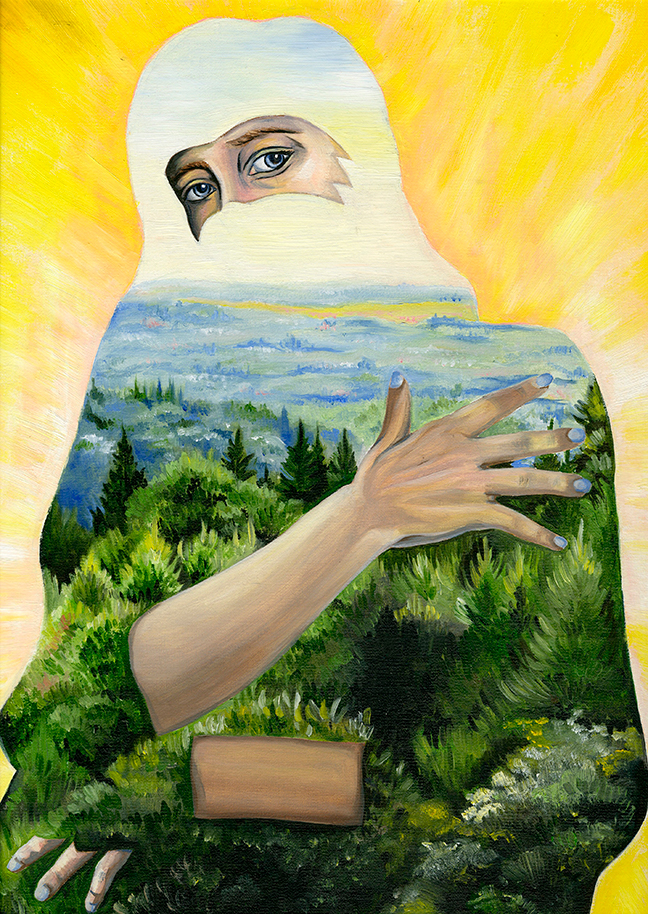 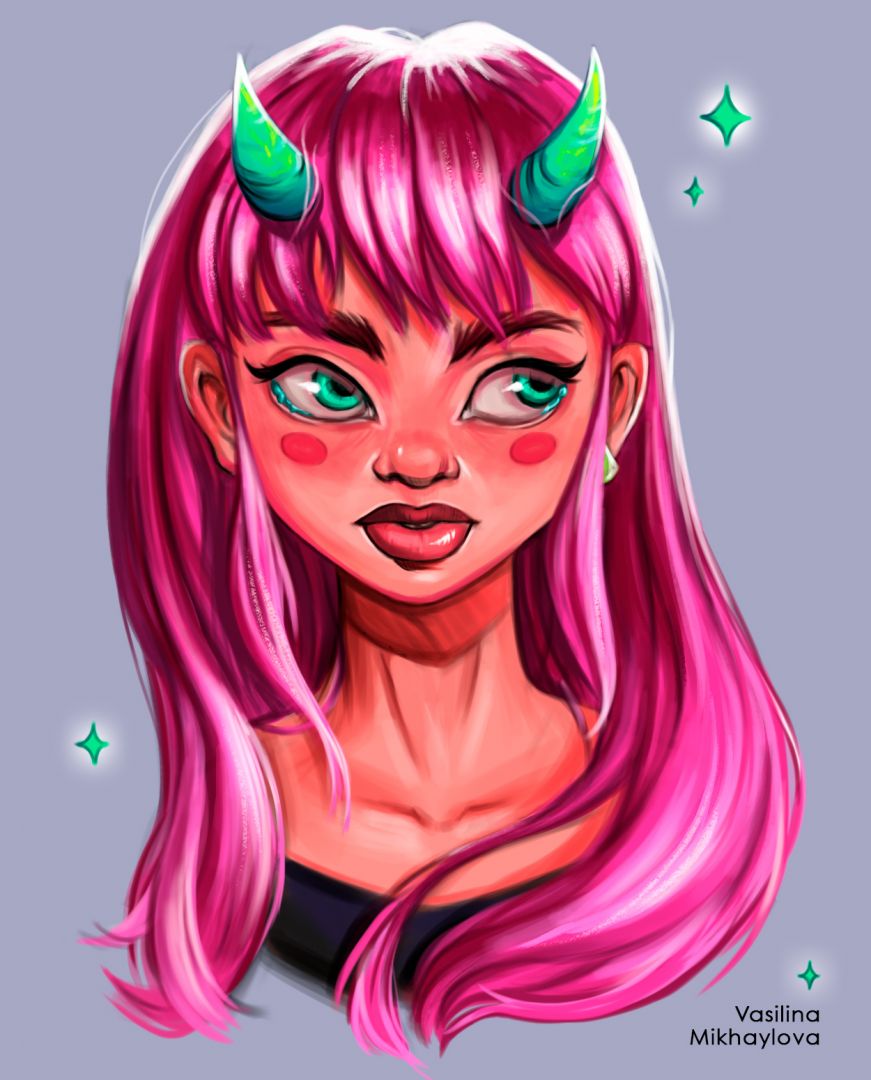 Any great local spots you’d like to shoutout?
Since Los Angeles is the heart of the film industry, I would take my friend on studio tours to Universal, Disney and Warner Brothers. It is always fascinating to experience a behind-the-scenes peek at set and props, to learn interesting facts about your favorite movies, and to even see a real film shooting in action. The Getty Center is another must-see destination. It displays a huge collection of paintings and boasts free admission. I would also take my friend on a hike up to the Hollywood Sign. Not only is it fun and healthy, but at the end of the hike you get to enjoy a beautiful panorama of the whole city. In terms of food and drinks, my favorite restaurants and cafes are “Pump” in West Hollywood, “Romancing the Bean” in Burbank, and “Nobu” in Los Angeles. 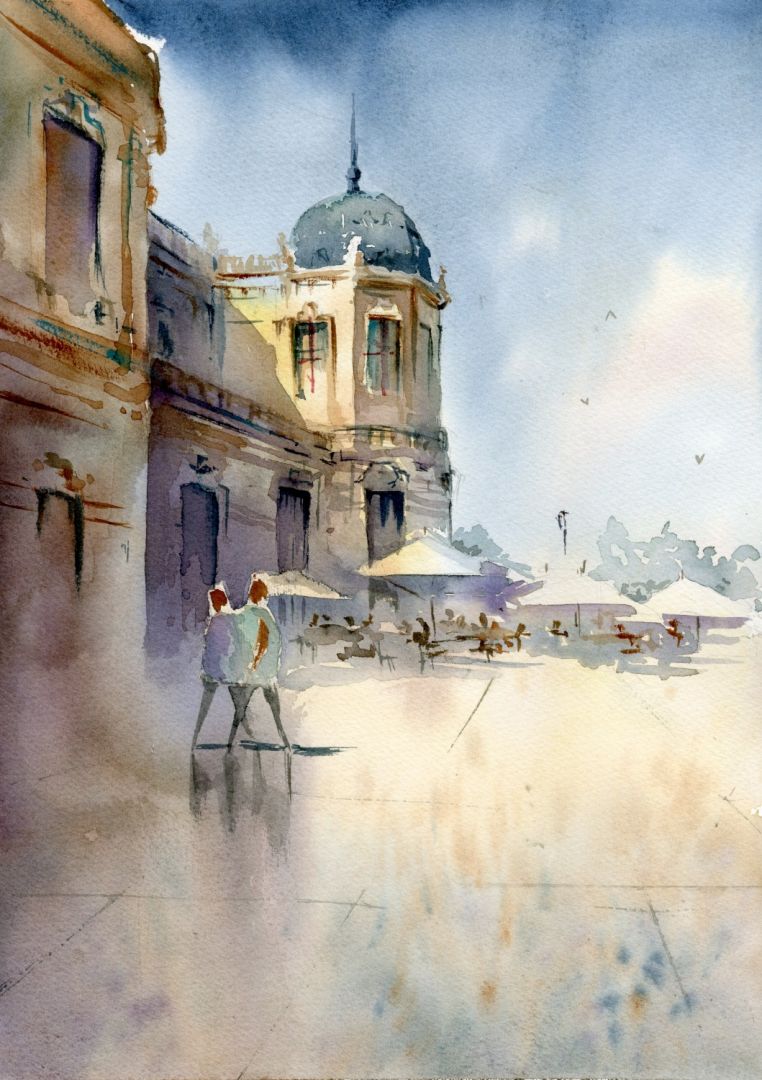 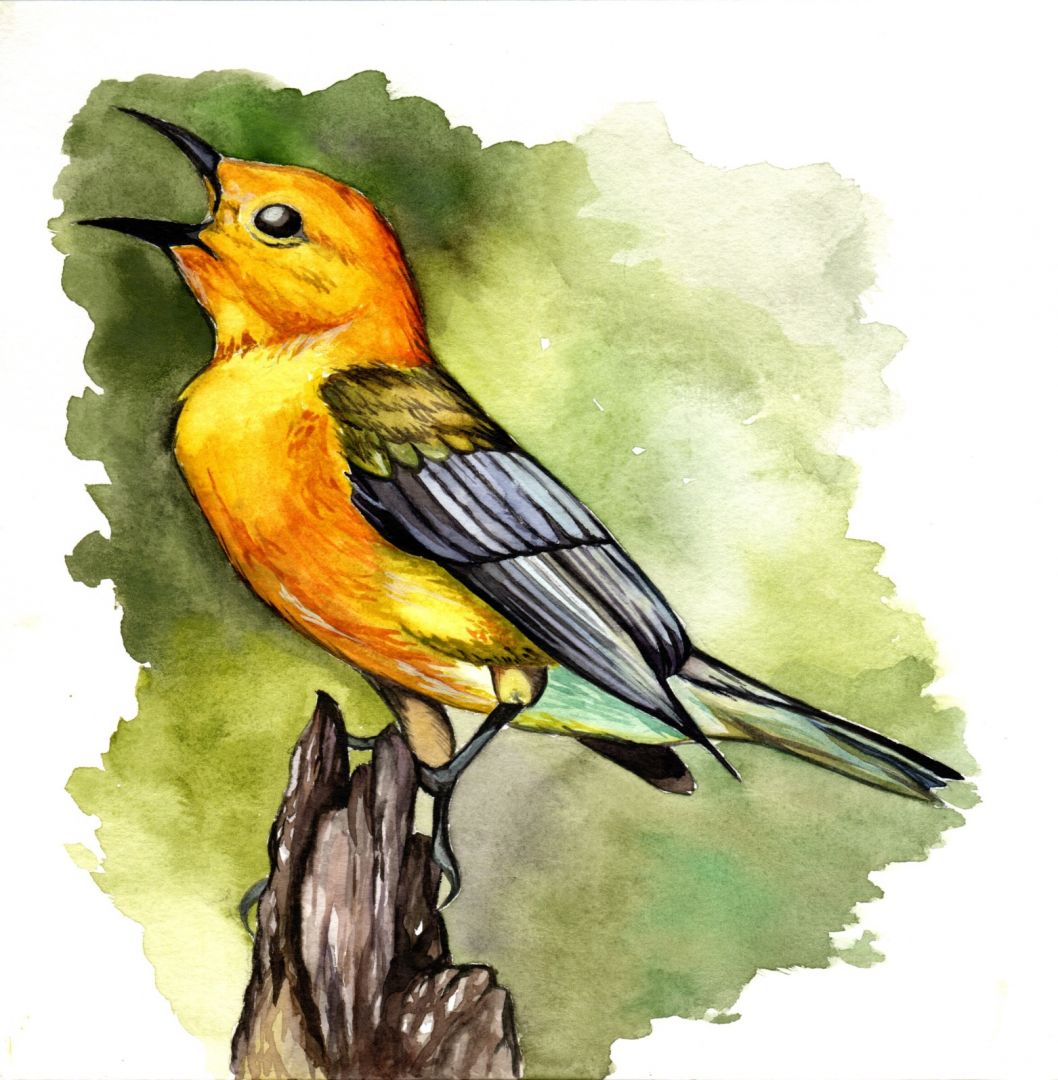 Who else deserves some credit and recognition?
I’d like to give a shoutout to my sister, Anastasia Mikhaylova, who has always encouraged me to work harder and to be my better self. I received my first professional internship at a film studio after she recommended me to the CEO. Since then, I’ve worked on two feature films: Jiu Jitsu (2020), starring Nicolas Cage and Frank Grillo, and Man of War (Preproduction) as an animator, graphic designer and storyboard artist. After showing off my creative potential, I’ve received job offers from other film production companies. This is all thanks to Anastasia.