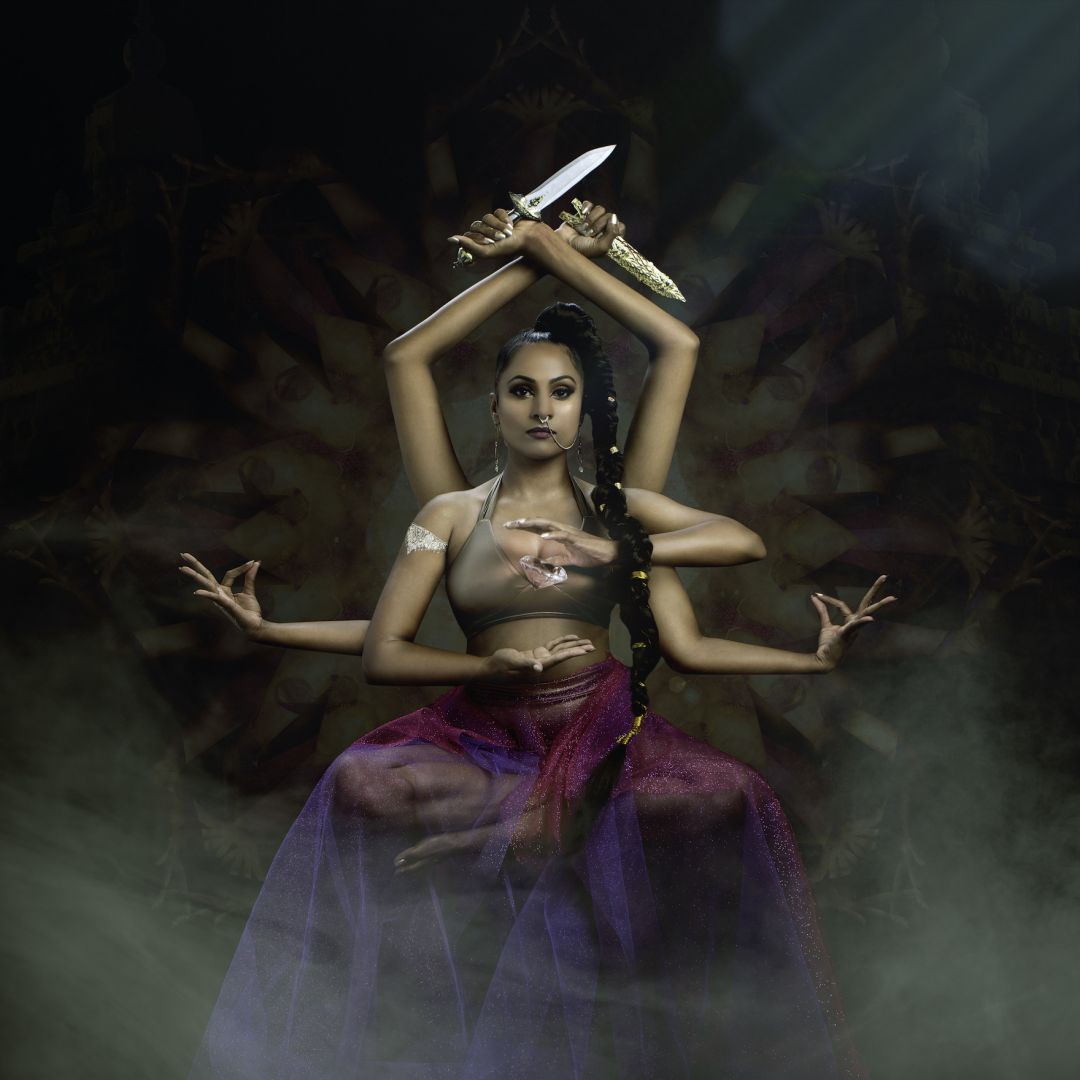 I’ve always been very certain about being my own boss. But what I didn’t know until recently that has contributed so much more to my brand is how important it is to be your own best ally. As someone who is constantly chasing perfectionism I used to be very hard on myself. But the moment I had that realization, it immediately translated into this overwhelming sense of drive and motivation; just a simple thing like, knowing that I had my own back no matter what, gave me an all access pass to achieve anything I set my mind on and no matter the outcome, the process became so much more fun. Read more>> 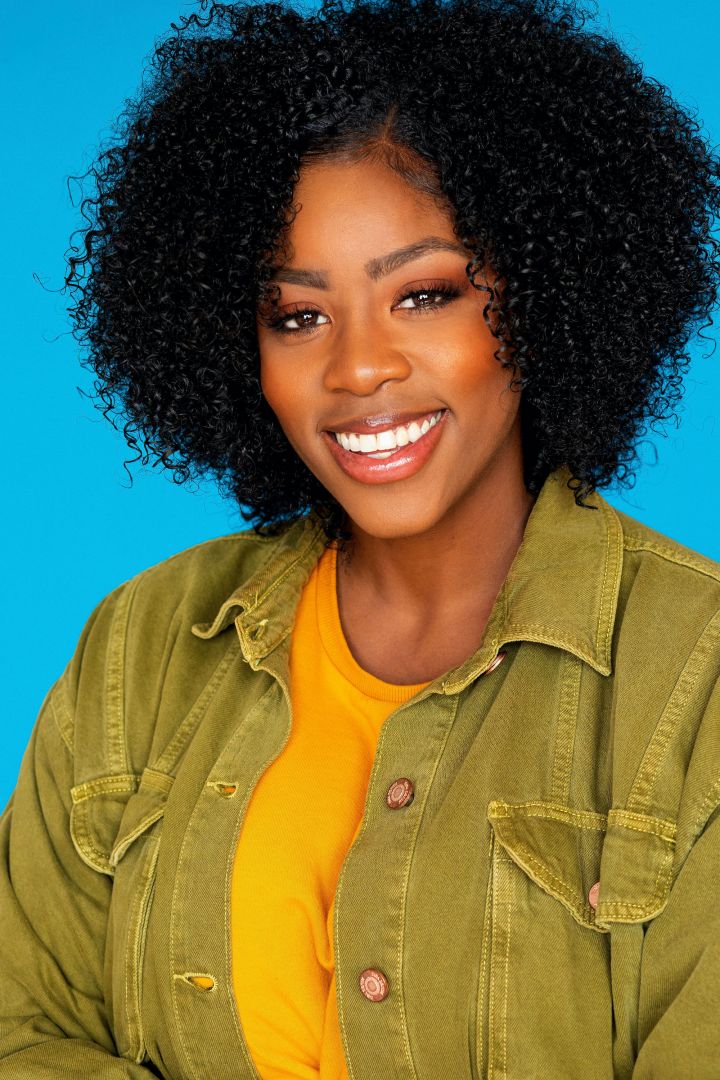 It would have to be my pursuit of really understanding who I am as a person, through self help tools and therapy. Really digging into my overall (mental, emotional, physical and spiritual) wellbeing cleared my mind and spirit. . It allowed me to find my true identity; and in turn, allowed me to clarify my purpose and goals. Read more>> 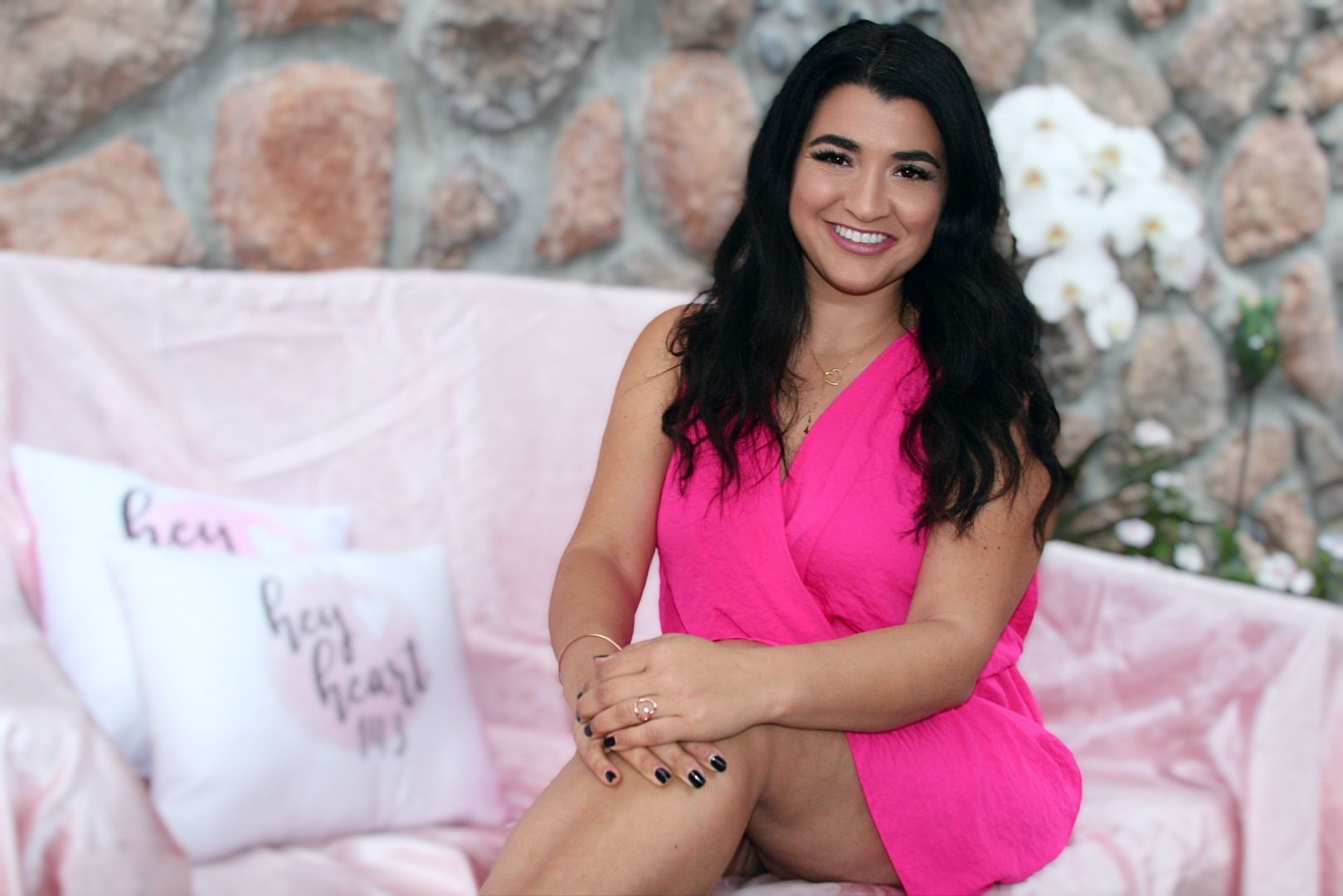 I think as an entrepreneur I have struggled with choosing that ‘one’ thing. In college, I couldn’t decide on a degree so I took on a double major. One of them being ‘interdisciplinary studies’ with a focus on mass media and communications studies and the other, political science. This meant I basically took all the courses that interested me and I was able to learn a little bit about a lot. I was very confident in this decision although a guidance counselor told me I shouldn’t do this because ‘I wouldn’t graduate in 4 year.’ Well I did it. When it came time to dive into the real world, the world wanted me to choose just ‘one thing.’ The most important decision was telling myself that it’s okay to have many interests that bring in an income. I don’t have to choose just one thing. Read more>> 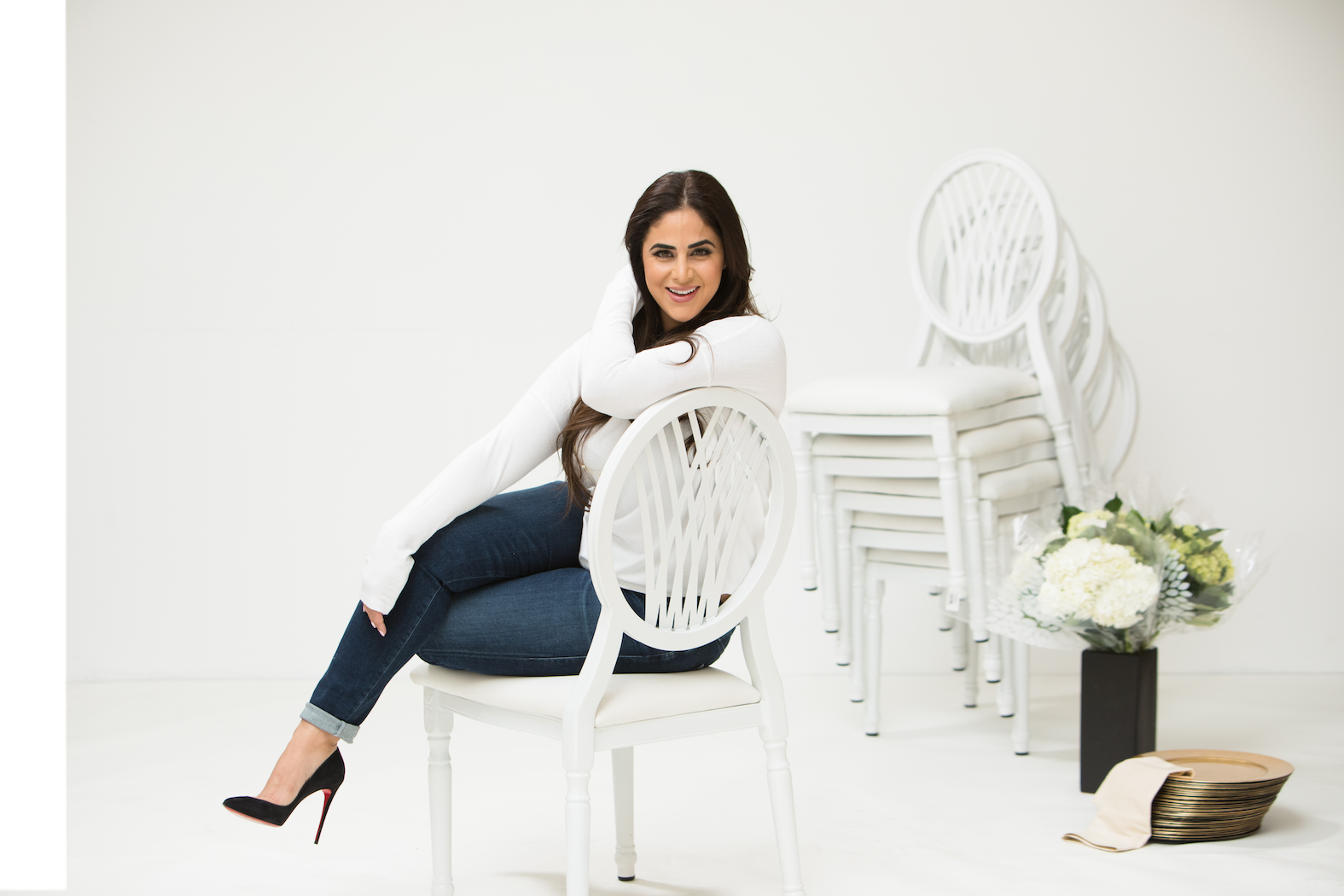 Other than deciding to work for myself, the single most important decision I’ve made that contributed to my success was being consistent in everything I do and truly, holding myself accountable! Read more>> 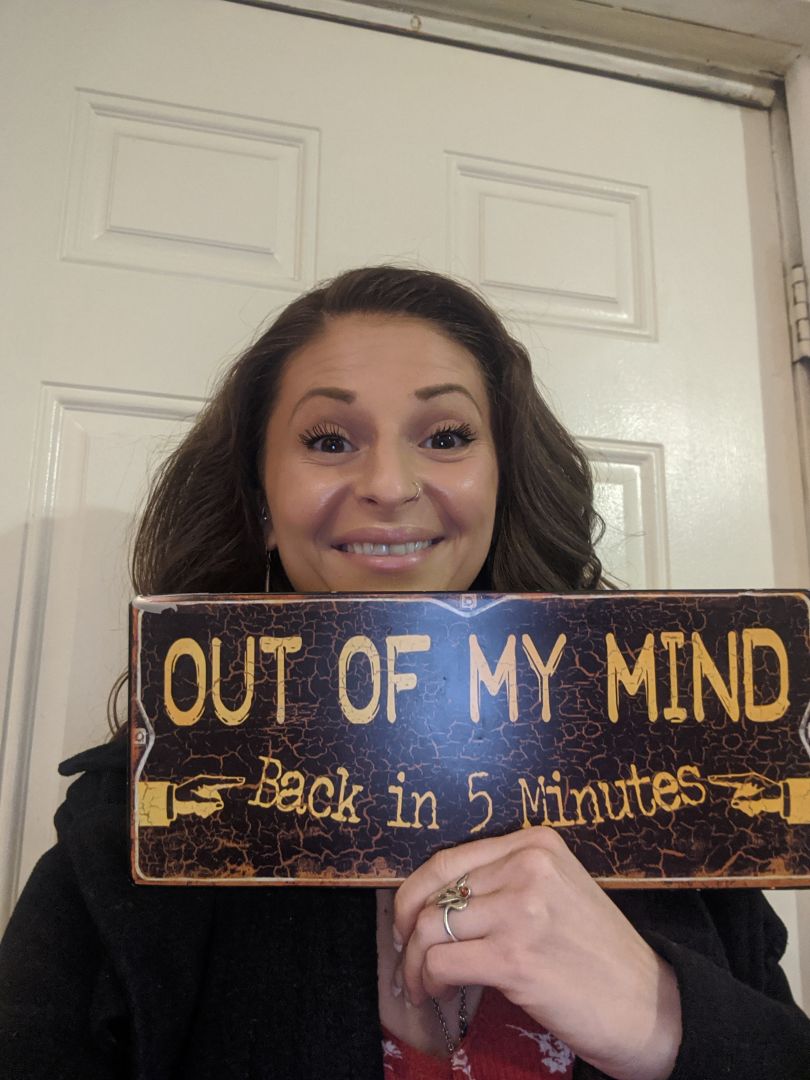 I think that the Most Important thing is: Choosing Yourself! And I will explain what I mean by that. Choosing Yourself sounds easy, but we all struggle with that on daily basis. Self-Love is very popular topic these days, but only few truly practice it. We all struggle to put ourselves first! We all have families that we love and care for, deep friendships, even work and sometimes strangers. We give our energy to all and everything around us, and we don’t even realize it. If that same energy is focused on ourselves, on our goals and dreams, anything is possible!!! I have a Family that I love more than anything and Amazing Friends that have been there for me through my most excruciating moments! Read more>> 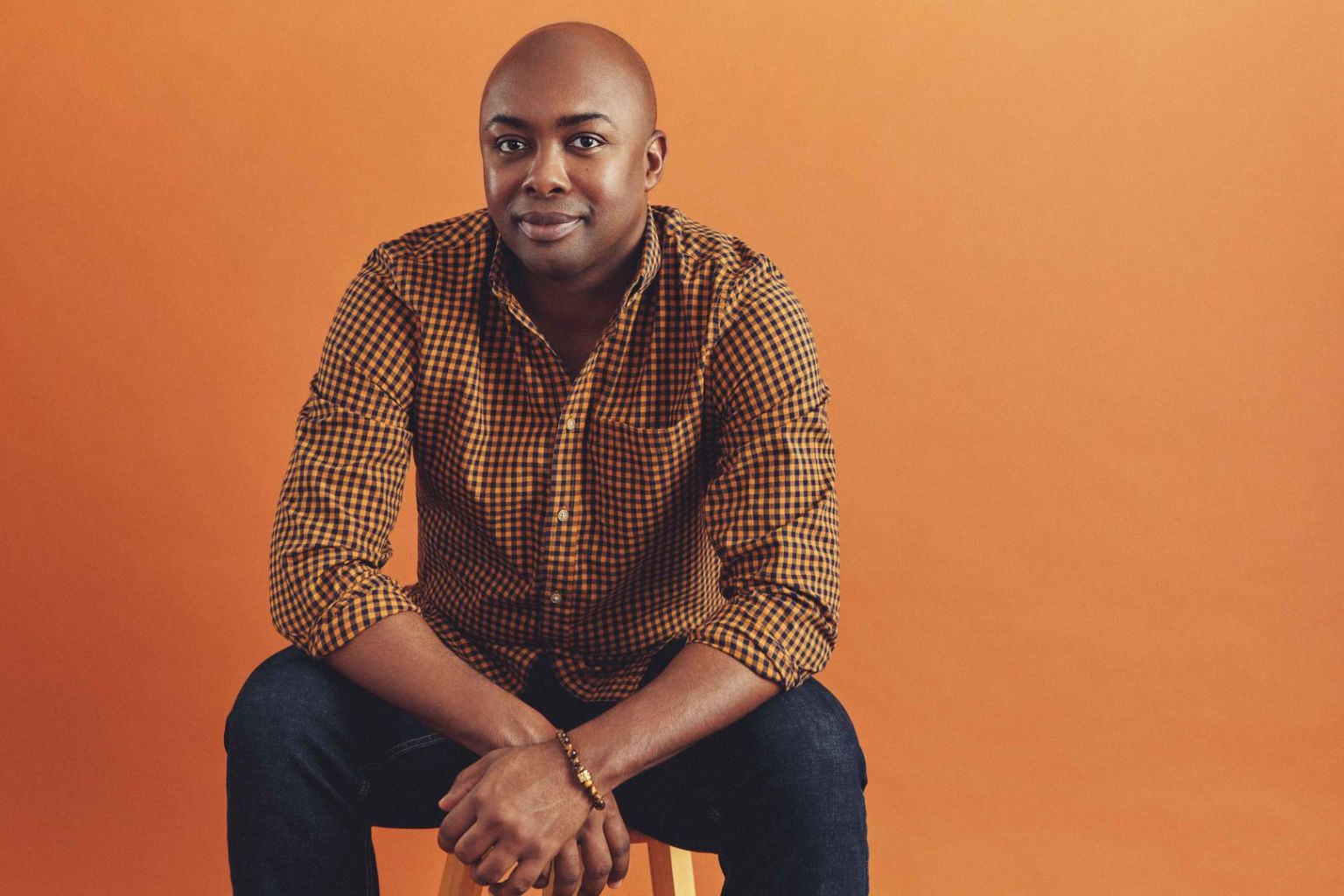 Knowing when to move has been the cornerstone of my personal and professional success. Originally from a small town in rural South Carolina, I knew from an early age that I wanted to pursue a career in entertainment and media. To do so, I had to relocate to where the industry was. My first significant move as a young adult was in 2000, when I relocated to Atlanta, Georgia, which was known for its bustling music industry. Artists like TLC, Usher, Outkast, Toni Braxton, and others got their start there. I felt at the time that Atlanta was where I needed to be. Then in 2014, I relocated again to Los Angeles as I transitioned from music and publicity into TV and film. The last move ushered me onto the international stage. Read more>> 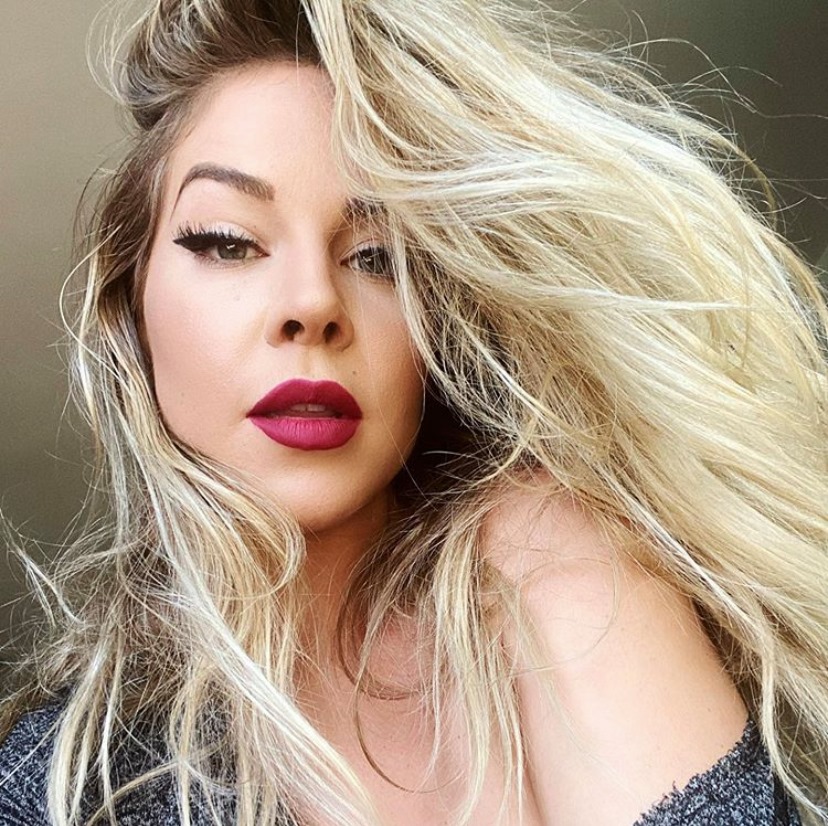 Getting involved in activism was a life that changed me- and my art- forever. In 2016, I learned of the battle at Standing Rock over the Dakota Access Pipeline and my heart sprang alive. I was referred to Revolution LA, a small activist group that was organizing a movement to push the city to divest from Wells Fargo for funding the pipeline. We lobbied, organized and canvassed for our cause and I learned the power that a small, focused group of people has to make a big impact in the world. I was also exposed to the great disparities of our society today and it made me realize that I needed to bring awareness to these issues and I can do so through my artwork which has giving rise to a new depth and connection to what I create. Read more>> 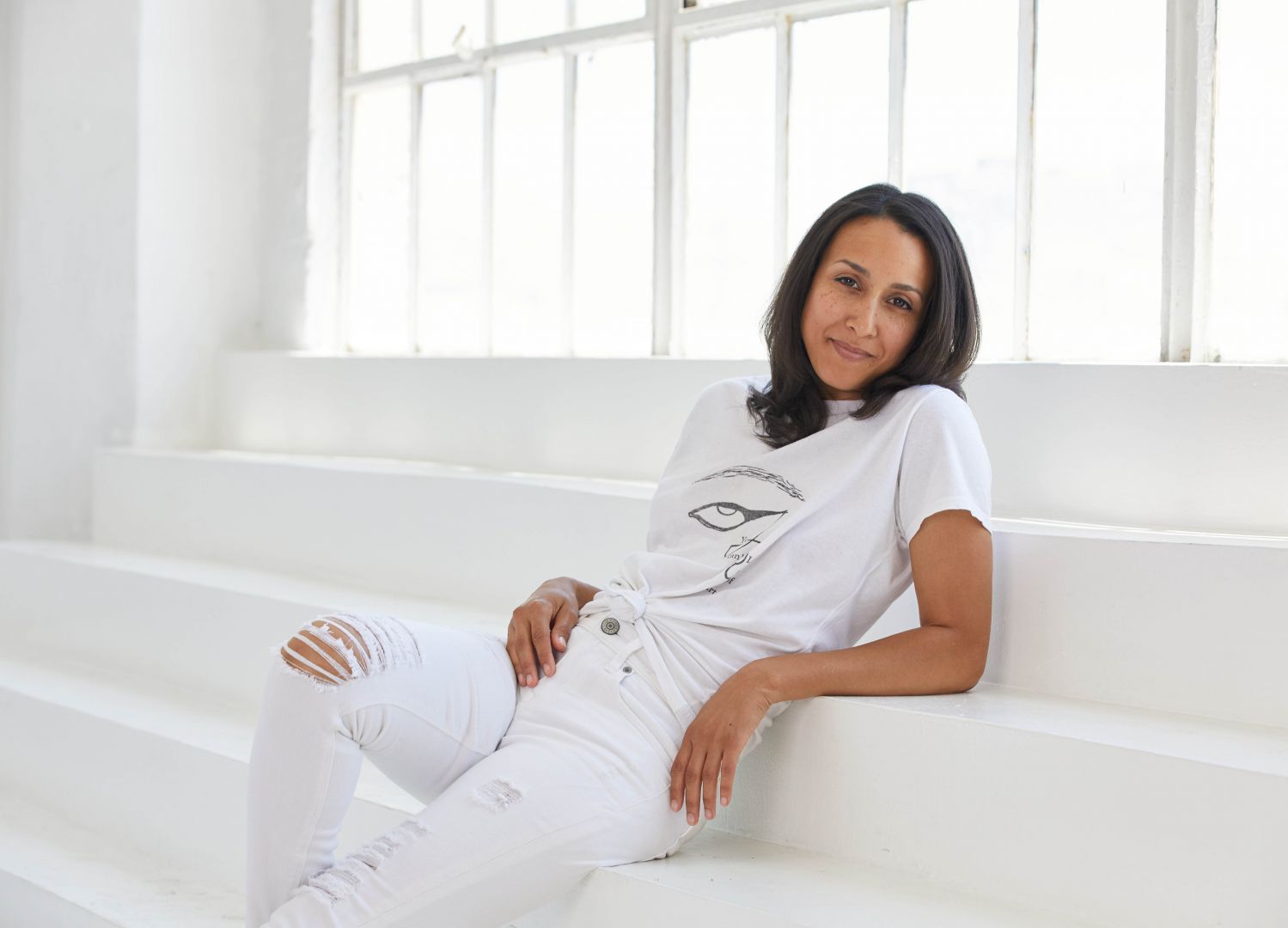 My decision to stay true to myself and the brand! When you are self employed and have financial burdens I find that we start to look for other ways to create revenue and doing so we look at other brands and compare ourselves to what may be successful for them and think we should go that route or decide to change up our brand because we think, “that’s what people are looking for”. I will admit when I first started out, I to wavered a bit with my direction and designs. I thought I had to chase every trend or use social media and post how others were posting because it would get the brand more awareness or exposure. In doing so I found myself lost and I think my audience had a really hard time trying to figure out what Preston and James stood for. Read more>> 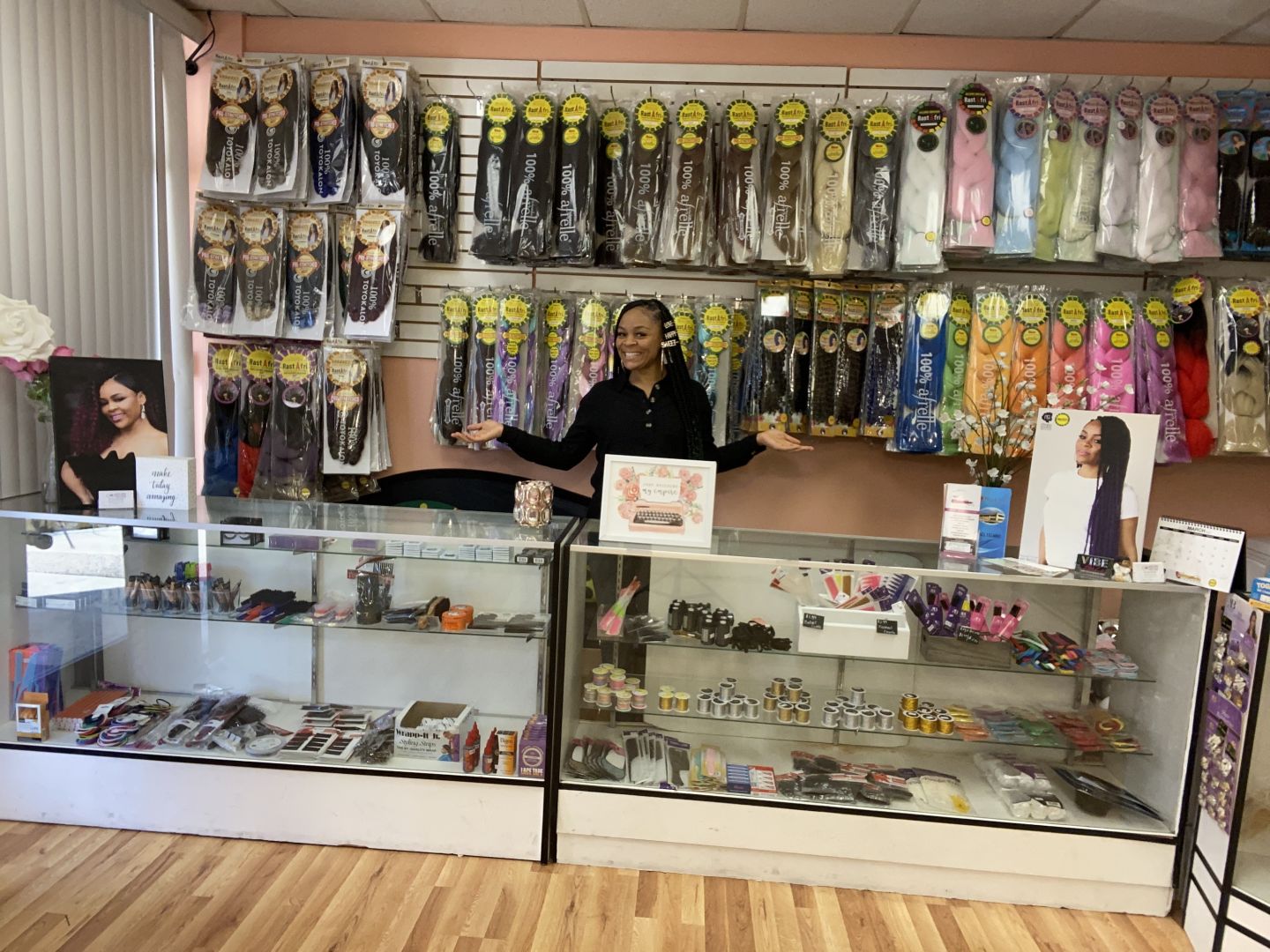 The most important decision I made was never to put my livelihood in someone else’s hands. I decided to work for myself and not depend on someone else’s decision to pay me or take that opportunity away by firing me from a job I needed ever again. Read more>> 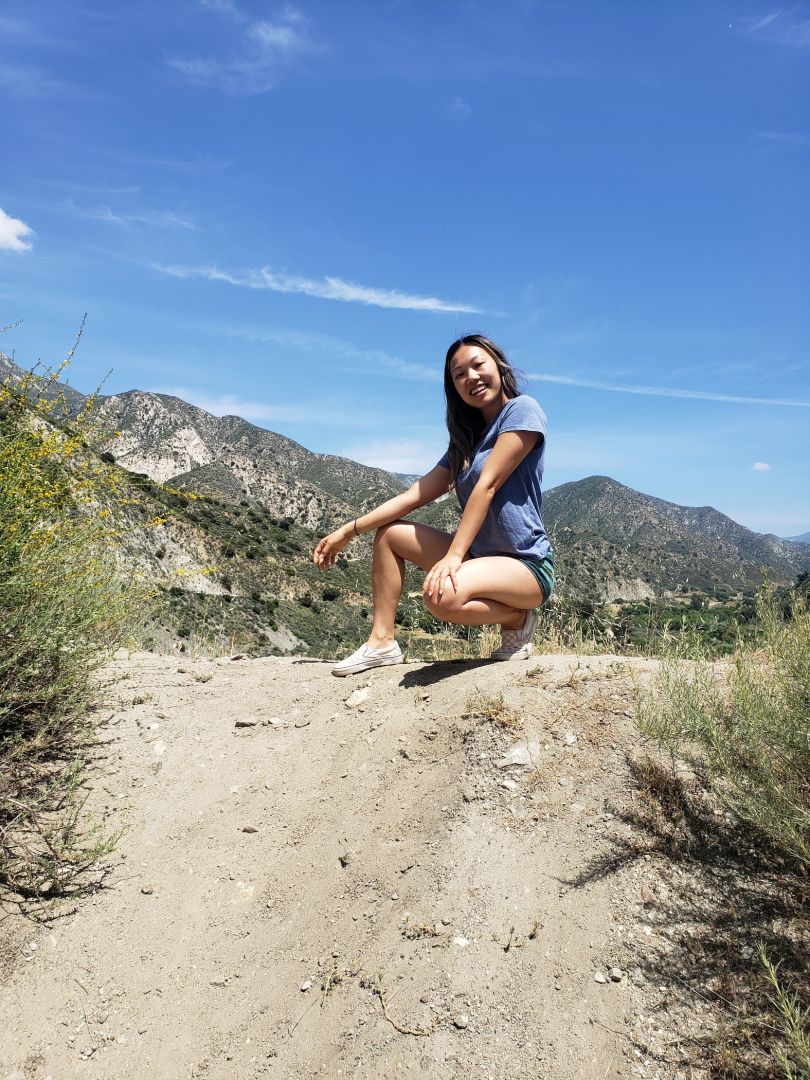 I believe in order to get to where you want to be, you have to be in control, great control of yourself, and be active to all that you are doing to contribute to that success. With that being said, I think the most important decision for me was deciding to move away from my hometown, Detroit to LA. I feel no matter how talented you are, many of times you have to go to where the catapult is to launch you there. You can’t make lemonade without the lemons so you have to go get it. With my being in the beauty industry, I knew that LA was the mecca of it, that or New York. But no more cold weather for me, so sunny LA it was! Read more>> 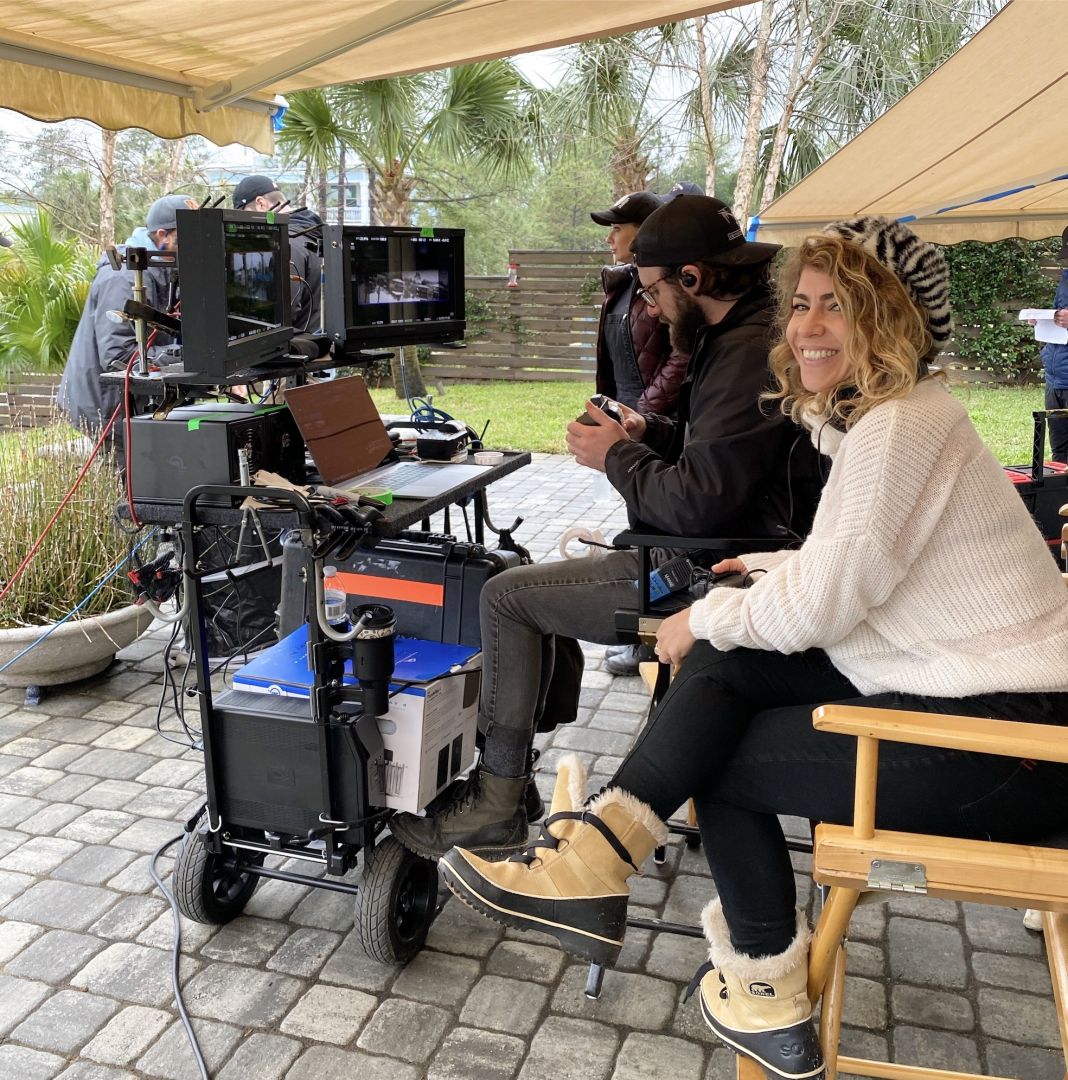 I believe it will be not taking NO for an answer. I remember the moment I made that decision consciously (I’m sure I was doing it prior to that moment, but it was probably happening unconsciously and inconsistently). That afternoon, I was laying on the kitchen floor, crushed, in tears, asking myself and God why he would do that to me… 30 minutes prior, I hung up a call with an investor that was minutes away from signing on a big movie deal, but called to say he changed his mind, and would not be investing in the most important project I have been involved with for years. He was nice and calculated, and thanked me for the opportunity. We hung up and I was devastated. It felt like the end of the conversation. It was the end, for HIM. Read more>> 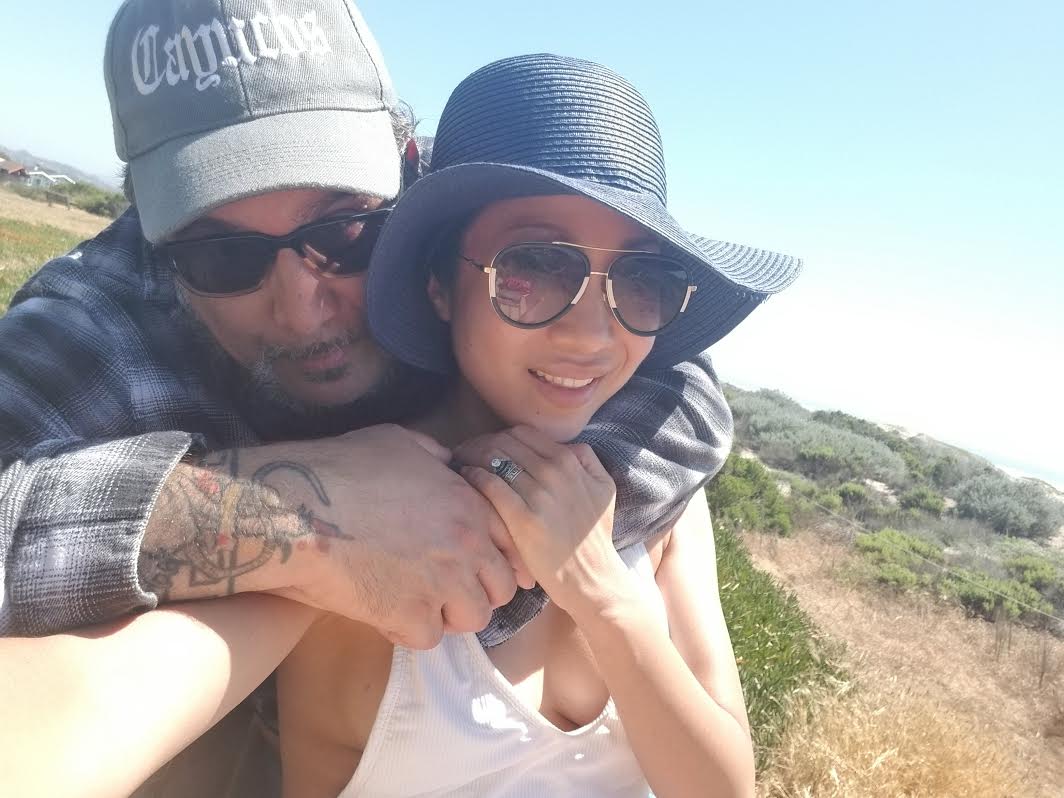 In the culinary industry, we typically work in a “kitchen brigade” style system, which is quasi-military in organization. It kind of has to be this way, because operating a successful kitchen is definitely a coordinated effort in the best of situations (proper funding secured/consumer appeal/great location, etc), this can still be a daunting challenge. There are a myriad of un-factored situations that come into play in the daily operation of a restaurant. These often revolve around staffing, government regulations, demanding customer base, political and economic climate, product sourcing, the daily recurring stresses that come from trying to maintain operational consistency, litigious predators/opportunists… hell, even the weather. And honestly speaking, that’s just the tip of the iceberg. Read more>> 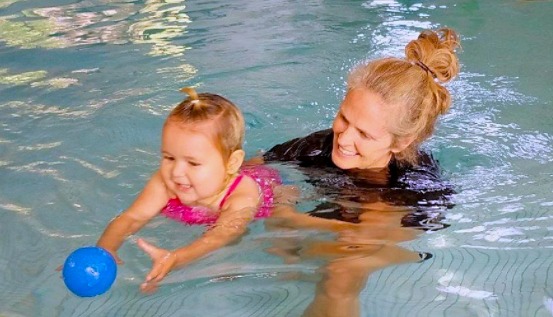 My decision to create an online version of my swim school has proven to be very successful. The plan was to start with courses on how to teach babies to swim. I began collecting video footage of my parent/tot classes about a year ago. When I had to close my swim school temporarily due to COVID-19, I was blessed with the gift of time. And not knowing how long I was going to remain closed, I decided to seize this opportunity and jump in full force, working tirelessly every day since the COVID-19 lockdown began. And now, my recently launched Online Swim Academy is live and attracting students from all over the world. Read more>> 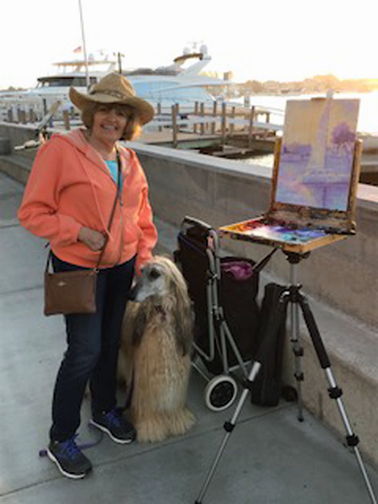 The biggest decision was to quit my job as a Medical Transcriptionist of which I had done for 17 years. The last five years of working at my previous job I started creating more art and decided to start selling at some outside venues. Hiring a web person to build my website to share my artwork in the beginning was the best decision I could have made to share my artwork world wide. From there I started sharing business cards, business brochures and working on a monthly newsletter that eventually turned into an online blog. About that time Facebook was becoming very popular and I set up a Fan Page. That really shared my art world wide and I continued to work daily not only creating art but working on my business. Read more>>