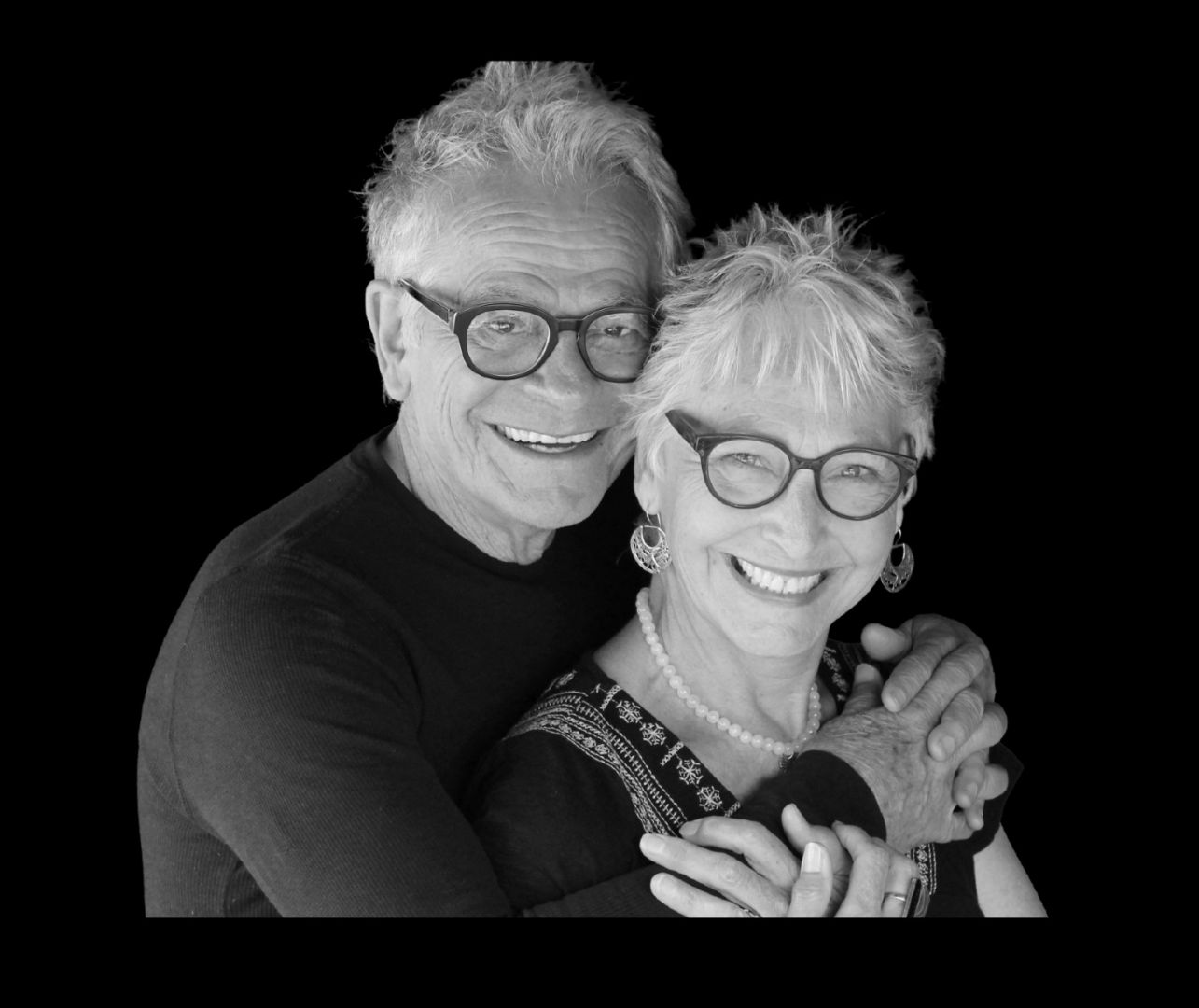 Before we came together, we were both in creative careers. I worked at a high end Art Gallery & Joseph was a Creative Director at an Ad Agency. When we married in 2002 and made a vow to live a creative life. For us that meant, reaffirming that commitment everyday through a daily spiritual practice. Our intention led us to experiencing local art events & openings and meeting other artists who inspired us to explore our own creativity. As a result, we opened Amorviejo Art Gallery in 2006, in Downtown Santa Ana. After a year, we discovered that selling art was keeping us from making art. So we turned our intention back to the creative process and closed the Gallery. Since then, we have turned our intention into entering art shows, creating art events, and persuing our individual passions. Read more>> 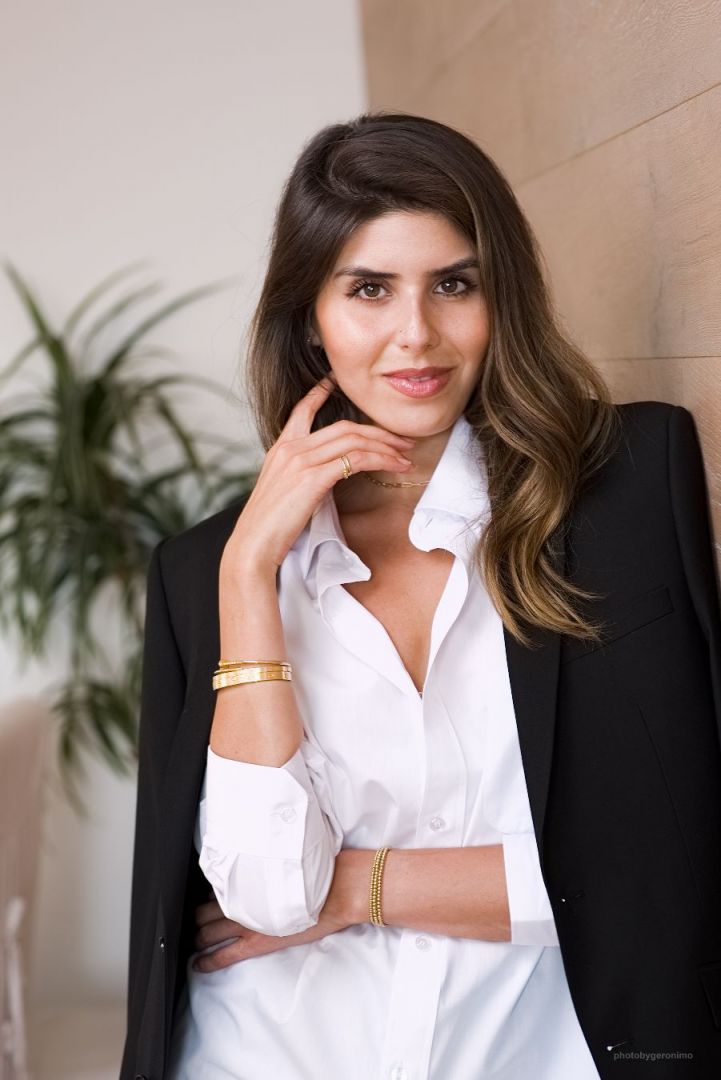 I am generally a creative person. I live for creating new collections and look forward to new season trends. Working with fabrics, really gets my creative juices flowing. However I wouldn’t necessarily say that my entire job is creative, because there is a lot of other not so fun stuff that I do on a regular basis. With that being said, I do really enjoy the time I get working on collections. Read more>> 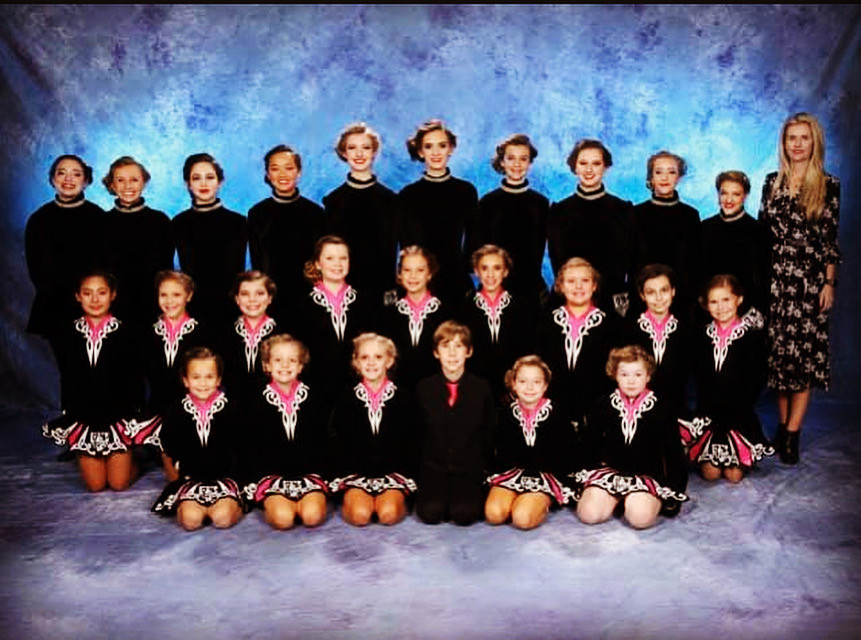 Dance has always been a huge part of my life as a kid I trained 5-6 days a week, then I went professional and danced 8 shows a week for a number of tours over 10 years with Riverdance. The next progression was to open my studio and teach and I also adjudicate competitions worldwide. So I guess you could say my career unfolded just as it should be…. I love creating new choreography for both solos and teams and putting together shows. I pursued dance as a career as it’s been my life and what I know and do best so I feel very fortunate to be able to do what I love as a career choice. Read more>> 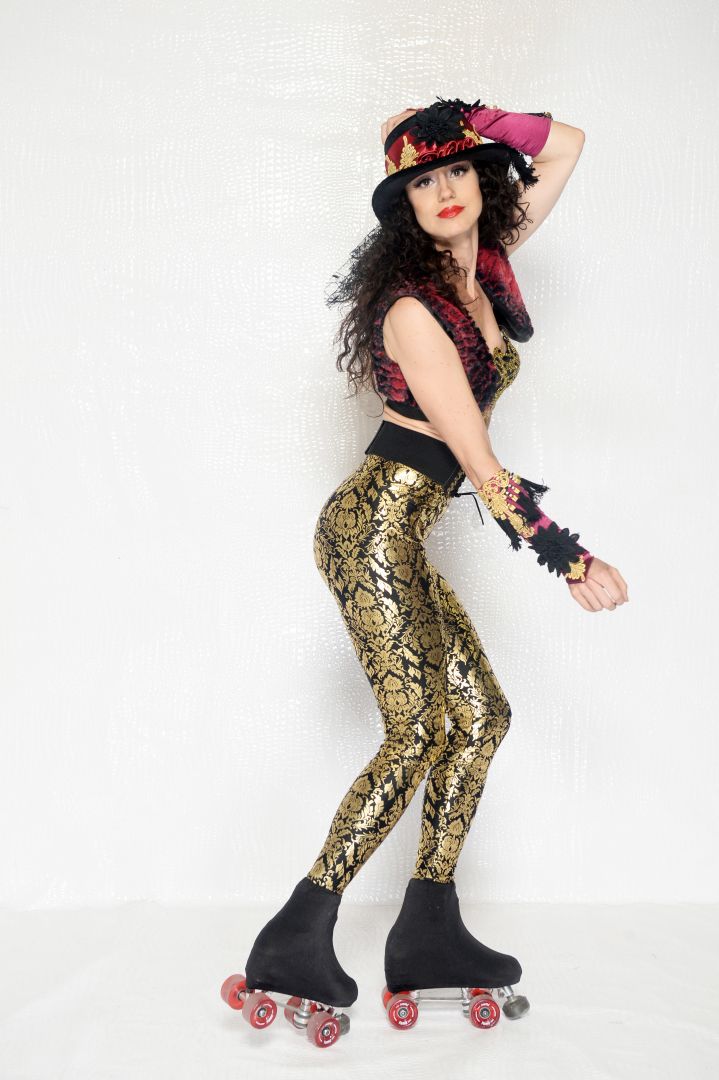 I was 4 or 5 years old and swinging on the swingset in my backyard. I was singing “rock a bye baby” and then the song ended and I ran out of words to sing. I looked up at the sky and just started singing about the birds, and the clouds and the trees. I was immediately filled with these great bright light and jumped off my swing set and ran into the kitchen to tell my mom that I knew what I wanted to be. “I’m going to be a singing actress” I told her. It’s one of my youngest memories and one that my mom also remembers with the same lucidity. Read more>> 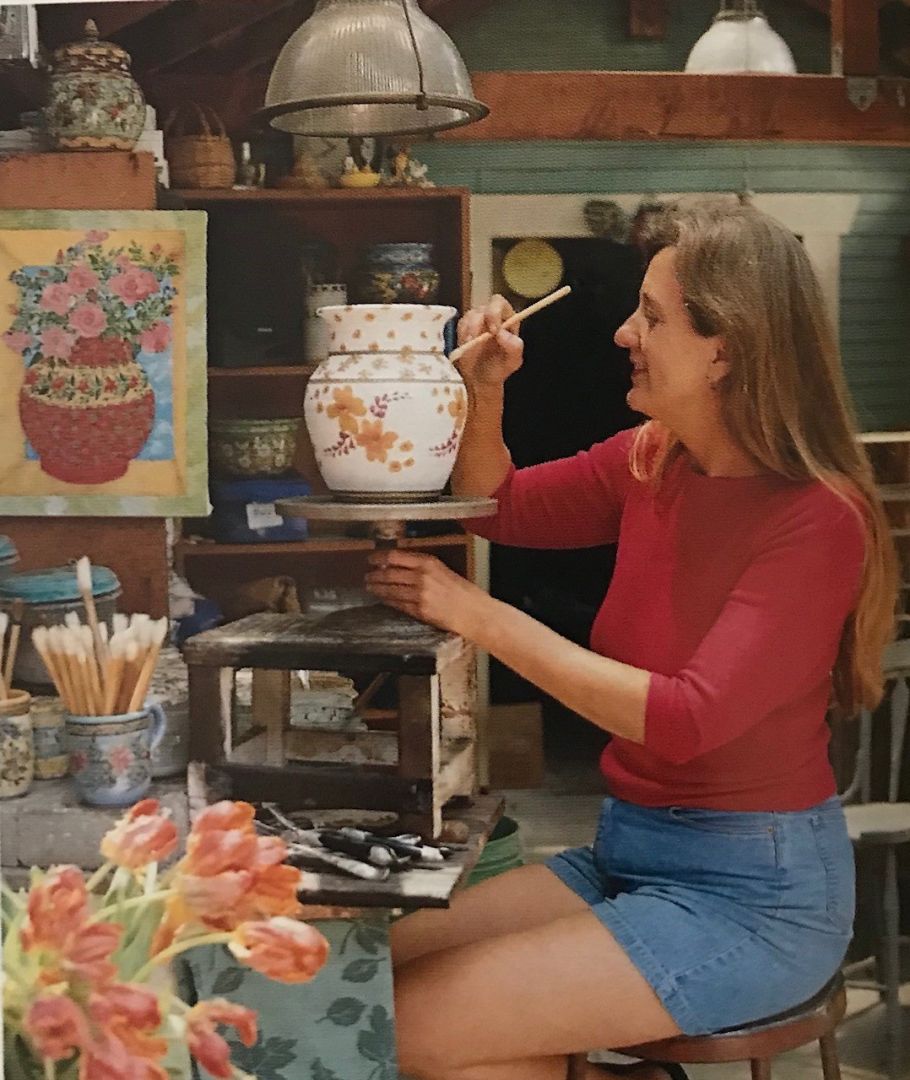 When I was young I just couldn’t find my “niche”. I kept tripping over the path that I have now taken. I didn’t realize I was choosing pottery as a career, I just kept making pots. I really wanted to make something beautiful. I just wanted to make things. Read more>> 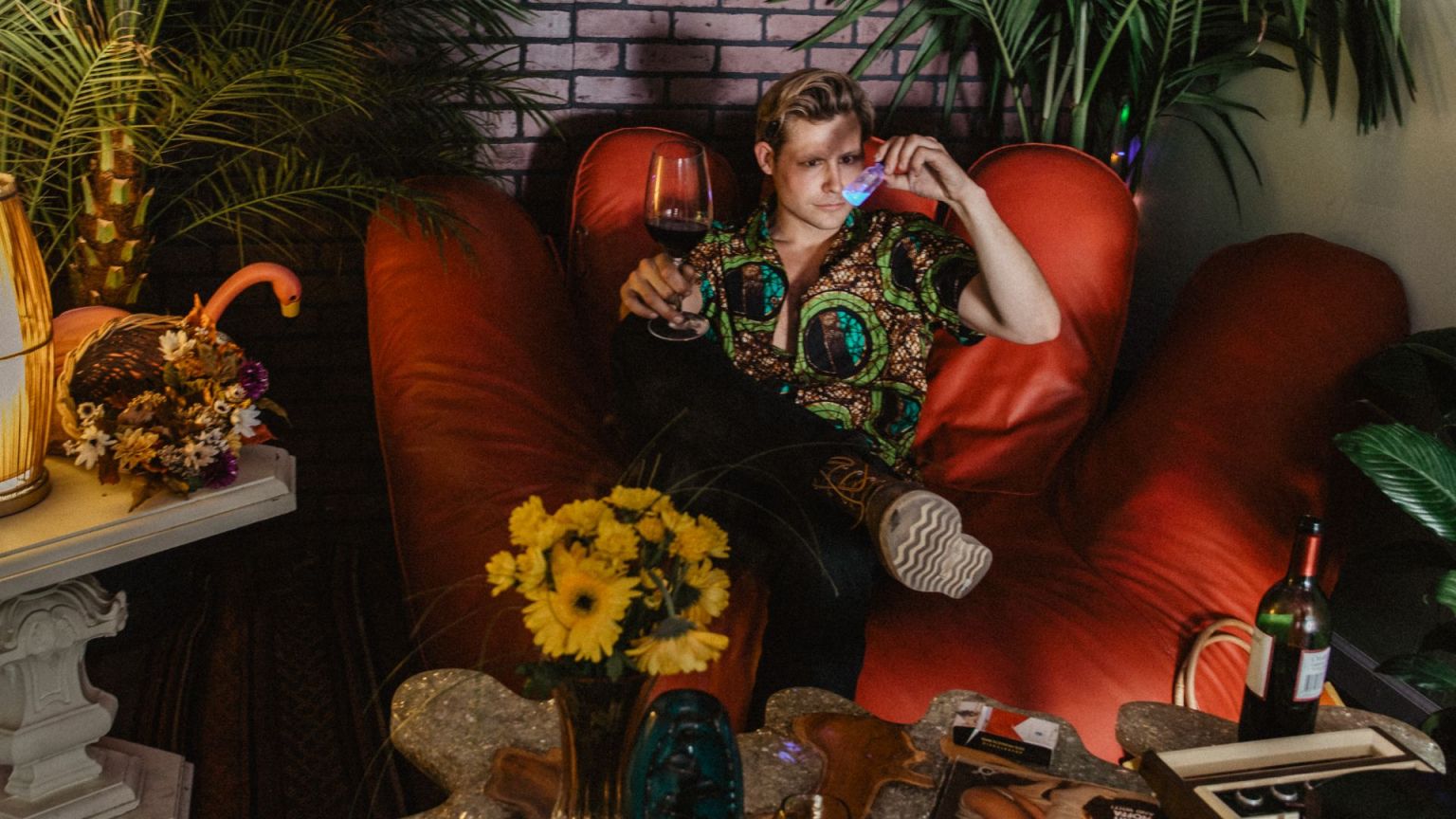 I pursue an artistic career because it is the most fulfilling path for me and I’m grateful I have that opportunity. Like many, I grew up constantly making things. I always had a keen interest in the visual arts: painting and drawing followed by sculpture and ceramics, before working in metalwork, jewelry-making and blacksmithing. In college, I took art and film classes, taught myself piano and most importantly, began writing and filmmaking. After college I worked my sole 9-5 job and could not figure out why I was spending my time helping someone else pursue their dream. So after a year, I moved to LA and started working on set. I attended a UCLA program for screenwriting, wrote daily, and began producing and directing my own work. I am currently directing commercials and writing my fourth feature script which will likely be my feature directing debut. Read more>> 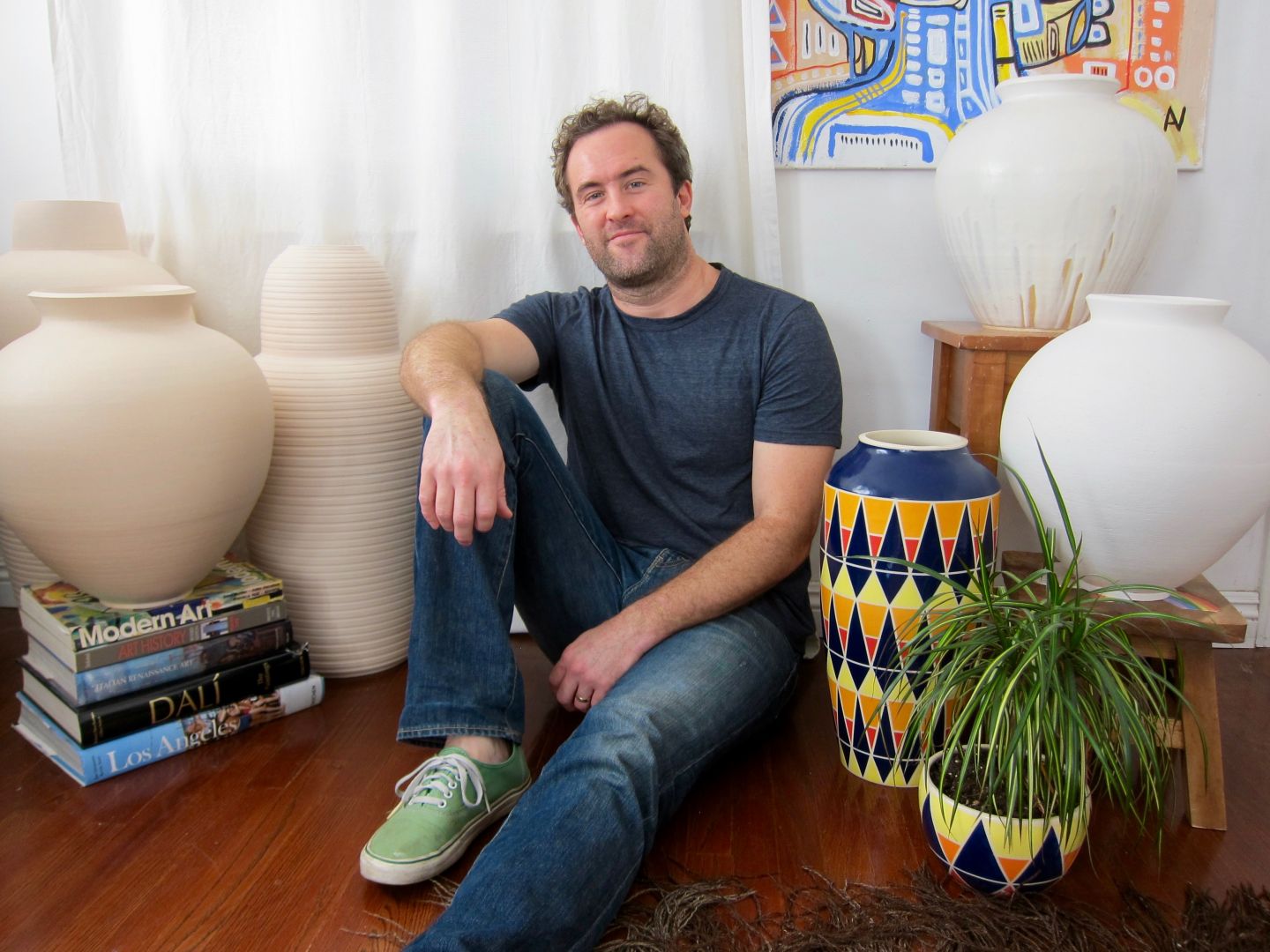 I feel like creatives are touched with a bit of a spark, that inner push to create and express. I think in order to be happy we have to honor that and listen to ourselves. I don’t really think there was ever a question if I’d end up in a creative field. Pretty much everything that I’ve been interested in from the jump was based in the arts. I promised myself early on that I’d continue to listen and be honest with myself as to where my interests are and where they may be leading me. I think it’s an important dialogue that you have to continually have with yourself if you are going to really be happy. Read more>> 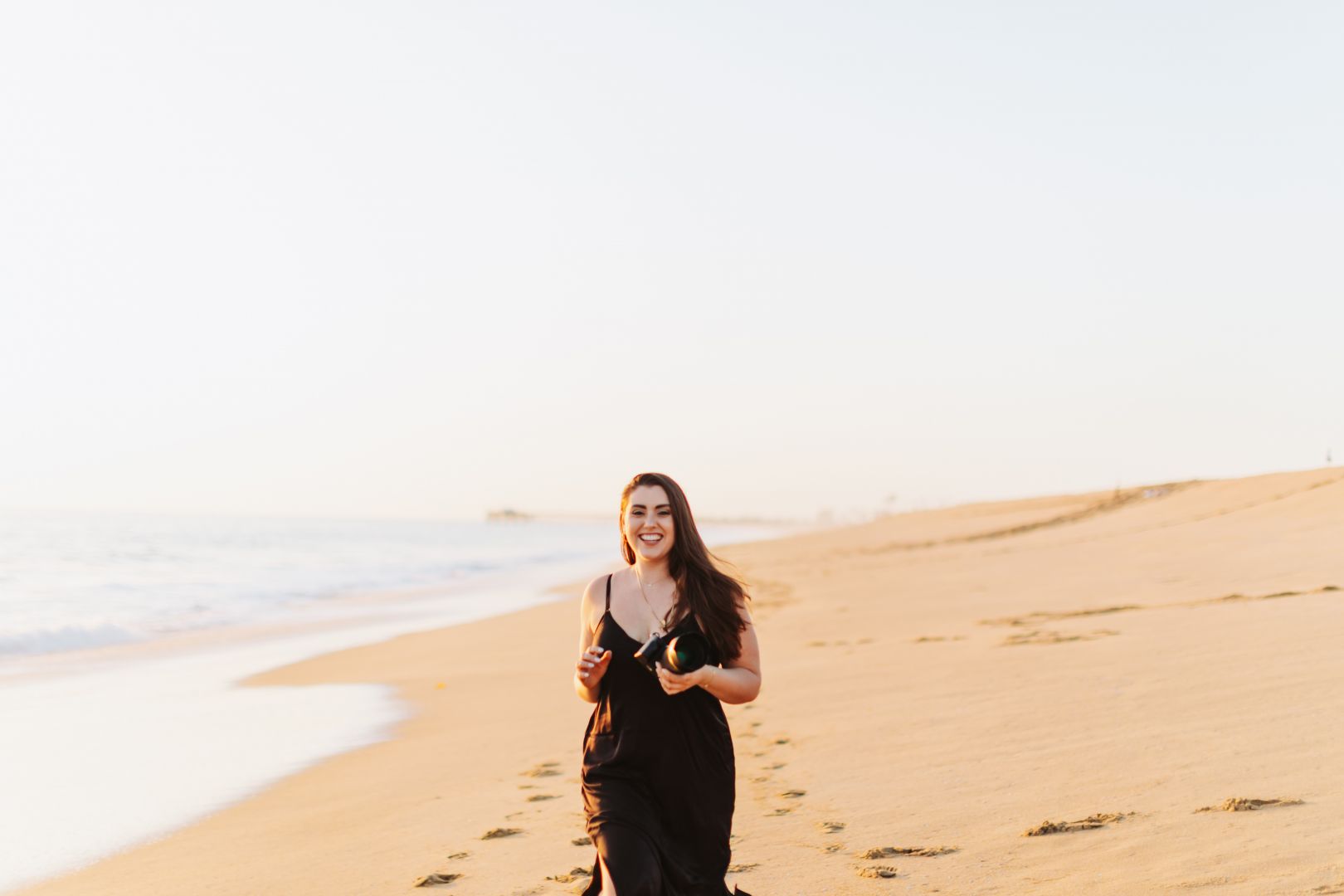 Honestly, I feel as though a creative career pursued me. Growing up, I saw myself being a lawyer, or journalist, and at one point, I even wanted to be an archeologist. I loved to investigate, debate, and analyze. However, somewhat paradoxically, I was always creative. I painted, played instruments, and was involved in theater. I, of course, was drawn to photography as well. I felt torn between these two parts of me for a long time, believing that one would have to dominate the other in order to have a successful career. Obviously, now, I know that that couldn’t be further from the truth. Not only do I get to be creative in my role, but as a business owner, an entrepreneur, I get to express my analytical, rational brain every single day. Why this specific career though? Honestly, I feel truly called to what I do. Read more>> 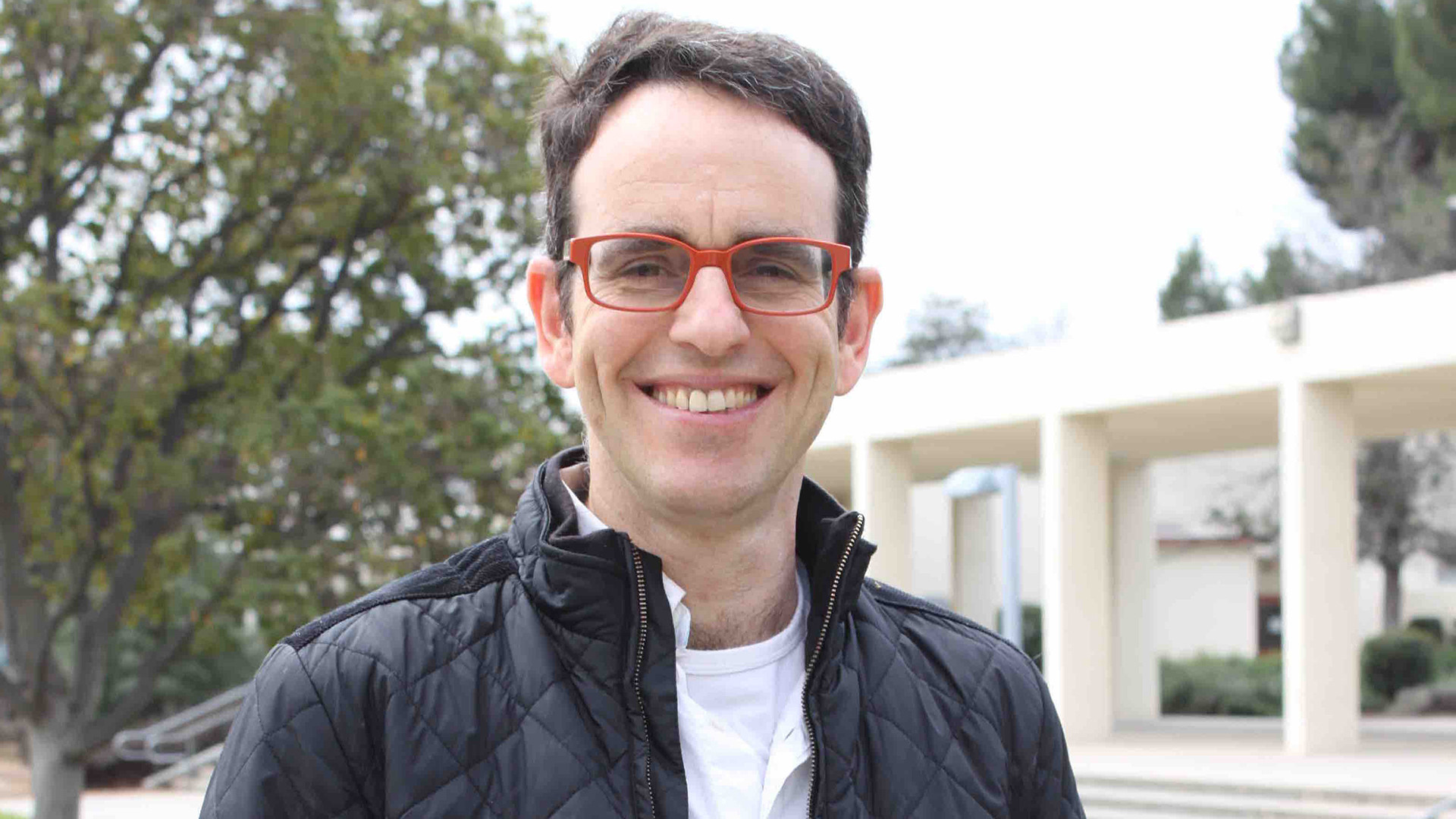 I knew I wanted to be an artist even as a child. I loved making things and the joy of discovering new forms, shapes, colors and stories. At age eight, my father let me use his 8mm movie camera that he bought in Japan when he was stationed there for military service. I shot a few rolls and was amazed that I could be a part of the miracle that is motion pictures. Soon afterwards, I broke the camera with my clumsy eight-year-old hands. That holiday season, I got a new camera, this time in the Super 8 format and I was off to the races. As a young college graduate, being an artist felt a little tricky because I wasn’t self-confident and there seemed to be a lot of competition. As a result, my artist went underground for about nine years while I attended to the underlying reasons behind my low self-esteem. Read more>> 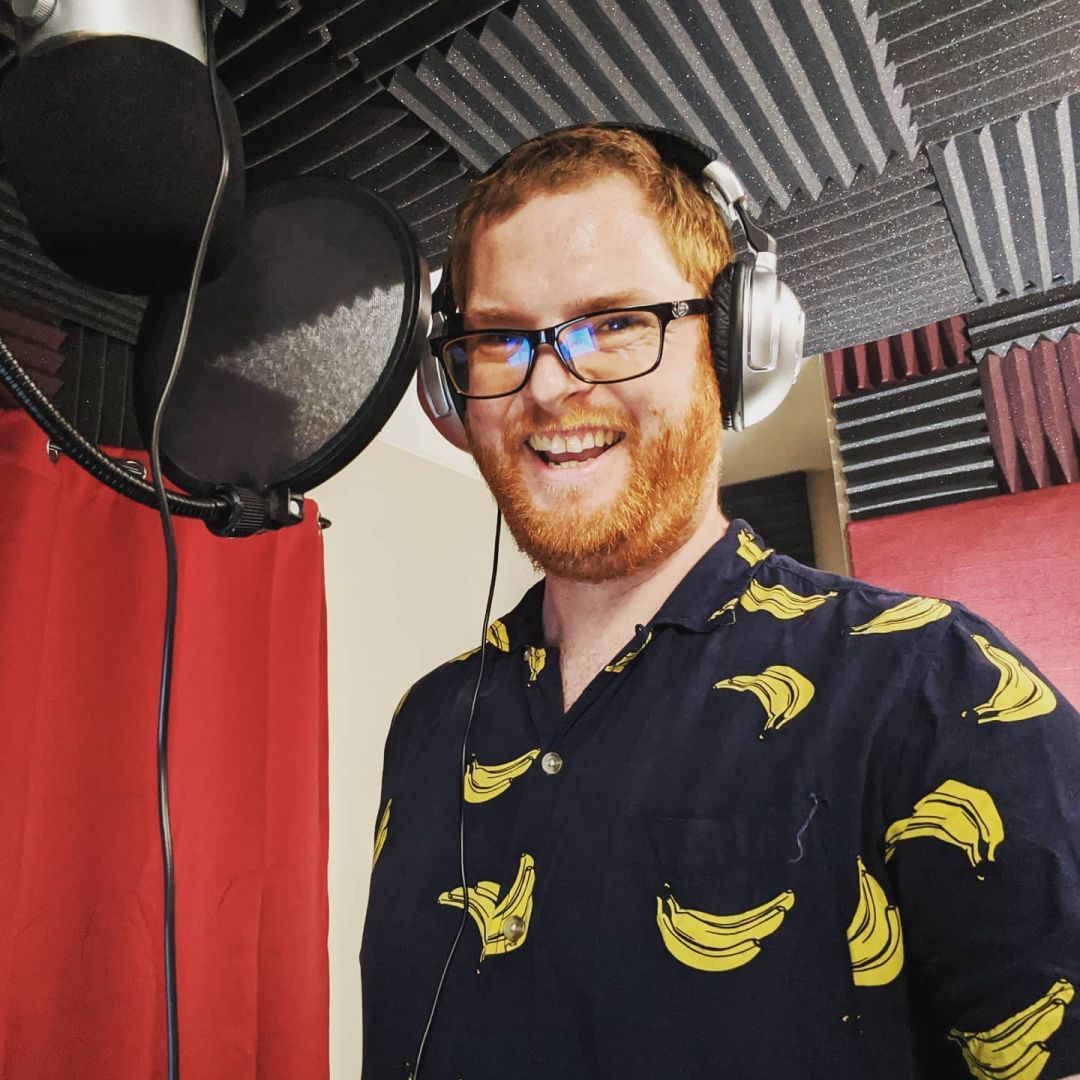 I’m at my happiest when I’m entertaining people. Specifically, when I’m making them laugh. I love the sound of laughter, and I love it when I’m the reason someone’s laughing. I will quite happily say something that makes me look foolish or stupid if I know it’ll get a chuckle out of someone. So I make. I podcast, I make videos, I do standup. Creating these things brings me joy, because I know someone out there is going to enjoy listening to that podcast, or watching those videos, or laughing at those jokes. Standup is probably my favorite of the lot because there’s an immediate reaction to what I’m doing. But I also like getting tweets and emails about the podcasts, or the videos. People get something out of my creative work. Blimey, that sounds a lot like I just want validation, and maybe there’s something to that! Who knows? But I do love the act of making things. Read more>> 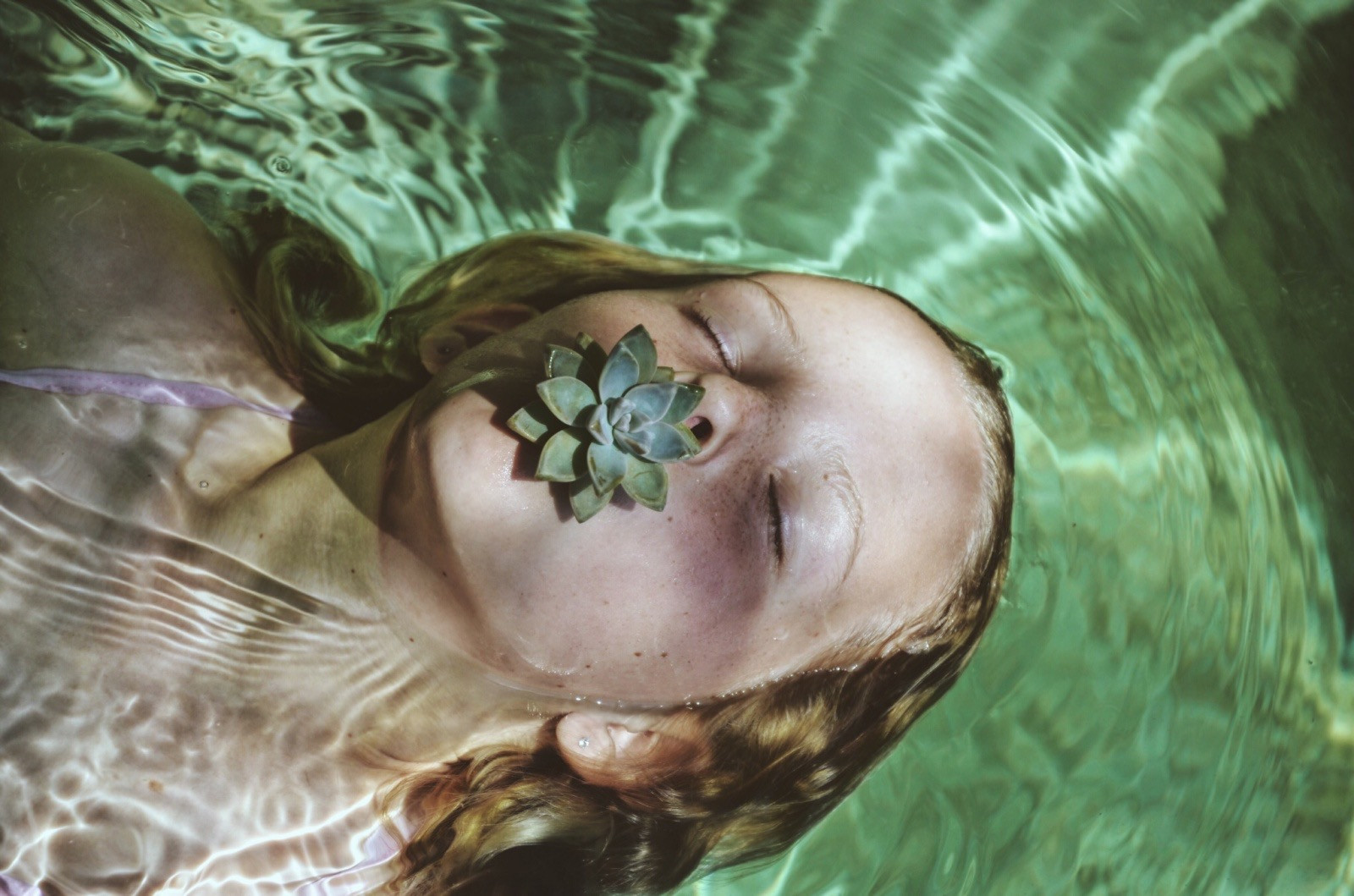 I grew up in an artistic environment. early years in Germany and then California. I had a turbulent relationship with my mother that resulted in an early entrance into adulthood.. I knew that I wanted to become a painter early on and some how be able to express myself . Unfortunately, things got in the way . In my twenties I started to paint hoping it would fill the void but quickly realized that it didn’t. Photography seemed a bit more forgiving. I felt that when I was behind the camera I was in control of the story and how I could tell it . I have been in love with it ever since. Read more>> 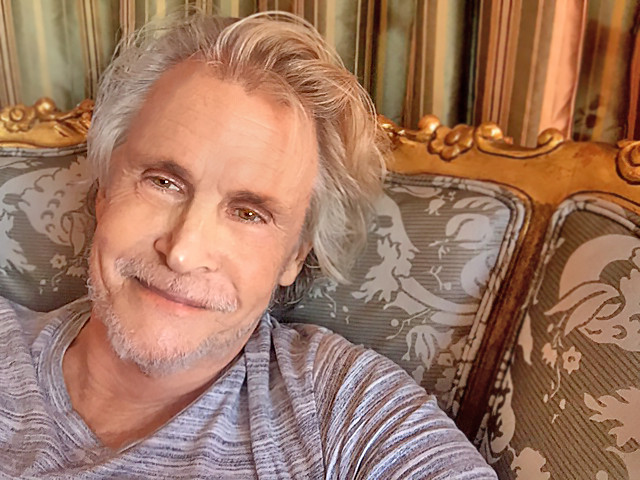 As a queer kid growing up in a fairly desolate St. Louis of the Fifties, I don’t think I had a choice. I wasn’t gonna work on the railroad; rather, I had creativity coursing through my body although I might not have defined it that way. I wanted to put on a show in my backyard. And dd I ever. At least one or two extravaganzas every summer which I wrote, directed, and starred in (way before Barbra, by the way). I’m not saying “why” because that’s the complex part but likely the universal aspect. What went on inside the house, only a few steps from where I rehearsed and performed my summer shows, was a classic dysfunctional family drama that I chose to escape as often as possible–even though I didn’t get too far. Expressing myself became my modus operandi to survive not fitting in–at school, at home, almost anywhere except on the stage. Read more>> 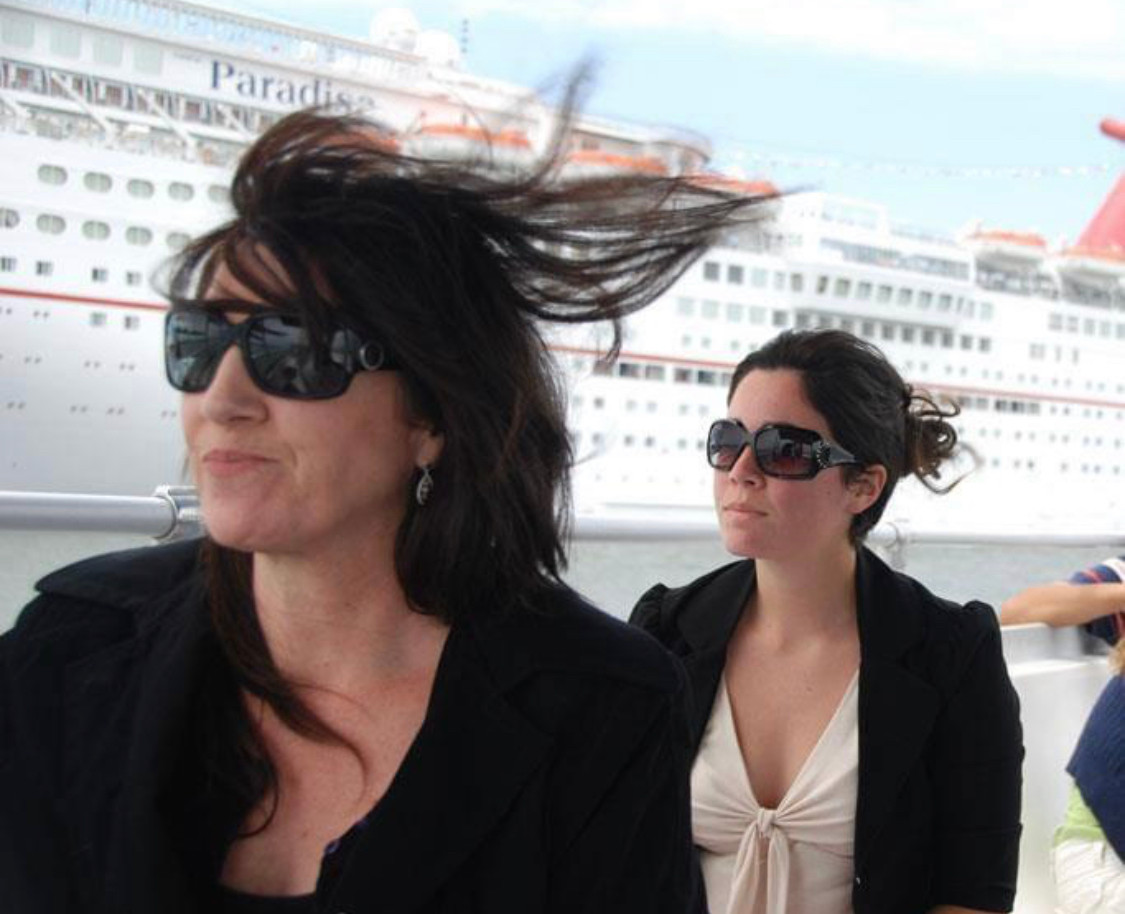 This creative industry found me. After working, in hospitals and pharmacies for a few years, I moved back home and enrolled in beauty college on a whim with my best friend. Read more>> 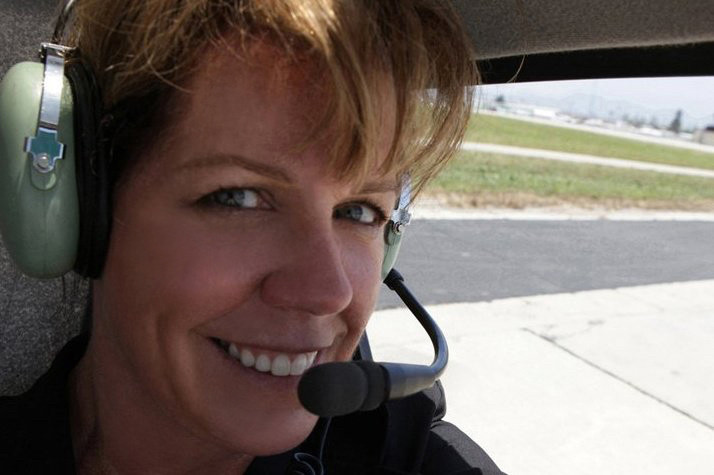 It’s as if I didn’t have a choice. I’ve always been creative growing up. I had a wild imagination and couldn’t sit still in school, but did good in spite of that, academically. I loved art. When I was 16, I saw a photo of Annie Leibovitz photographing Elton John and it was if someone turned on a switch in my head that that would be a perfect fit for me. I could create images without drawing them. Perfect fit! My parents bought me a small camera and decided I should go to a well known photography school in my hometown of Santa Barbara, California. That changed as my mother passed away shortly after I graduated high school. I married a professional surfer and he bought me my first DSLR camera for our first holiday together. I pursued surf photography, but that wasn’t going to pay my bills, so I worked retail and opened up a couple of surf shops with my now ex husband. Read more>> 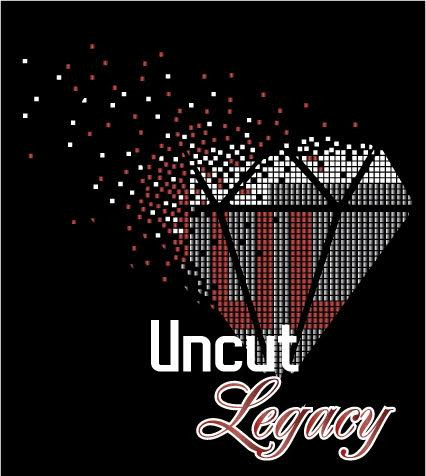 I would venture to state that the artistic path chose me rather than my having chosen it. As a child, I enjoyed the thrill of overextending the norm. I actively participated in programs where I designed, choreographed, and directed my own roles, and then proceeded to rally others to embrace my vision. Often, it worked. Sometimes, creativity is born from an individual’s desire to escape reality. Creating imaginary worlds, characters and designs was simply a way to cope with dark spaces of my life I did not wish to entertain. I chose the path of education because I was fortunate to sit under the tutelage of teachers who empowered me to be unapologetically different. My appearance was already uniquely crafted with moles splattered across my face and body, so creativity was given to me by default by a masterful Creator. Read more>>