We had the good fortune of connecting with Zack Morrison and we’ve shared our conversation below.

Hi Zack, how has your work-life balance changed over time?
I think I should preface this by saying stating that my work-life balance is awful. It’s probably one of the most unhealthy parts of my life, besides, you know–not working out and probably drinking too much. But I will say that I have learned over the years how to let myself be off the clock. I set hours for my writing, typically from when I wake up at 7ish until around noon-ish when the coffee wears off. And then I’ll shift into something else. It was difficult at first, but learning how to accept that some days are productive and some days just aren’t was a huge improvement to my mental health. 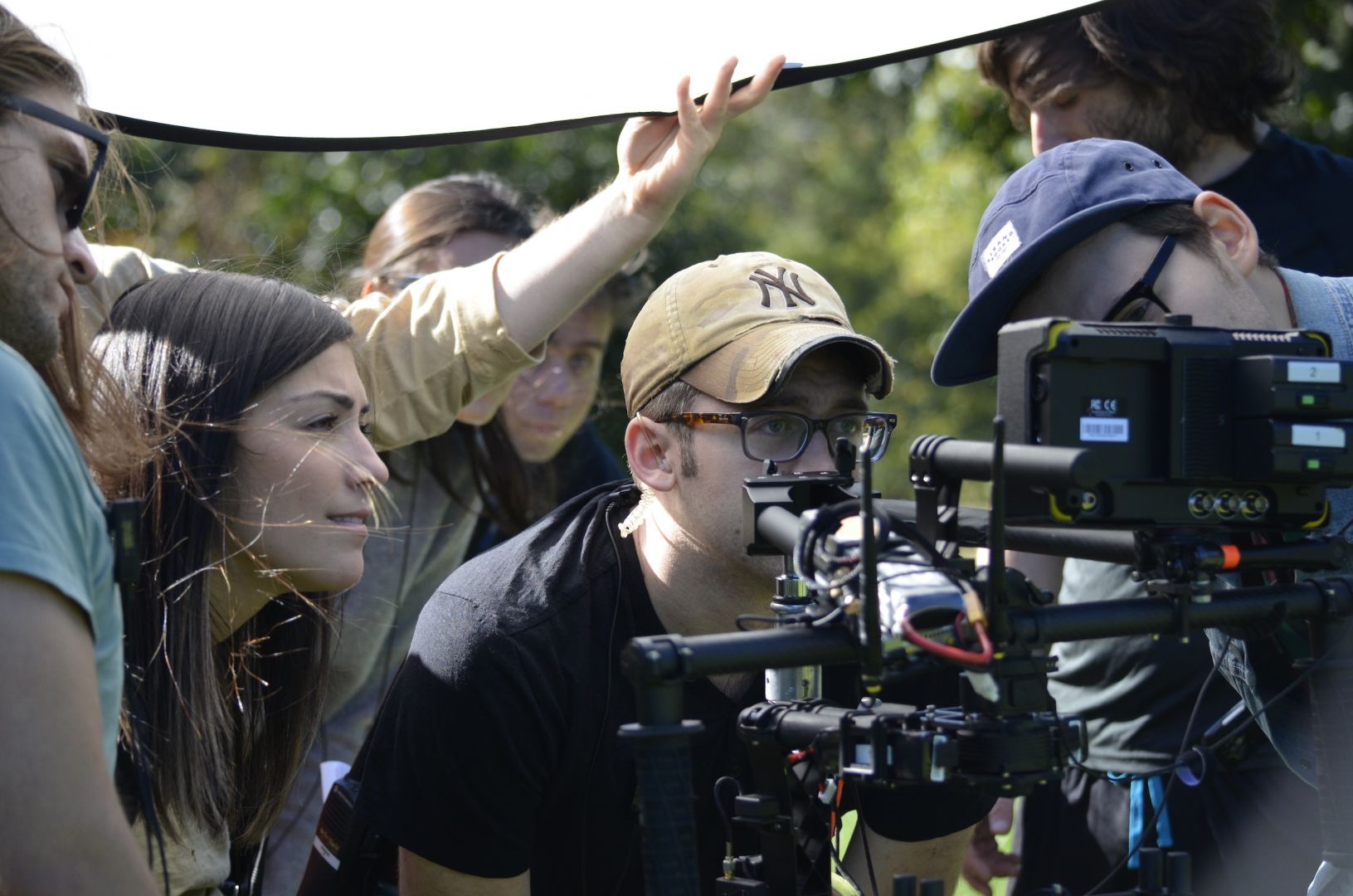 Alright, so let’s move onto what keeps you busy professionally?
I think the biggest lesson that I’ve learned as a filmmaker is the importance of being truthful. Not only to the world that you’re trying to bring audiences into, but also to yourself. I realize that might be one of a bazillion sayings that are likely on a poster with a cat hanging out of a tree in your high school guidance counselor’s office, but honestly I’ve found it to be more important than ever. Especially when you’re on set. When you’re running on empty, after an absurdly long day, and tensions are high, because your crew—your army of creative masters—have been firing on all cylinders to help you accomplish what you set out to do that day; it’s important for you to trust your own instincts. Do we really need this set up? Is this complicated camera move really necessary? Is this shot worth going into overtime over? Have I been taking care of everyone else here, all of whom have been taking care of me? I think that’s understood in production that some days will go long and that’s just part of the job. But it’s in those moments that you as the director need to truly know yourself and know your craft in order to make those stressful decisions. Why are we telling the story this way? I’m a very broad strokes kind of comedy guy. I love silly. I love absurd. The Blues Brothers is the greatest film ever made as far as I’m concerned, which I realize might be sacrilegious of me to say as a product of Columbia University graduate film school. I try to make films that will make me laugh–that will make my parents, sisters, friends, and family members laugh. And so when I’m setting out to work on a film, or to write my next script or TV pilot, I always do everything I can to stay true to myself in the stories I like to tell. I’ll ask myself, “What is something—a feeling, a time and place, an event—that only I know? What is a story that is truly my own, and something that only I can tell? Something that I…must tell?” It’s that kind of creative decision making that drives me as an artist. Instead of zooming out and trying to examine the big picture of a story, or what the underlying “theme” of a project is; I turn inward. I examine the small, personal, intimate moments of a scene, or of a character; and of myself. And I use that as my guiding light when navigating the darkness of trying to make comedy in 2020. The story of a dirty baseball cap & white T-shirt-wearing Irish-Italian kid from New Jersey “bustin’ out” of town and moving to California isn’t exactly an original tune (take a wild guess who my favorite singer-songwriter is). But what can be original is the way I go about telling that story—keeping things personal rather than archetypical and existential. It’s a strategy I used in my most recent script, “Canusa Street Blues.” It’s a comedy about border patrol agents in a Vermont town that is cut in half by US-Canada border. On the surface, its poking fun at procedural shows and crazy government policies, shown through the lens of a seasoned vet thrust into an absurd world. But underneath, it’s a story about two sisters working through their family drama. It’s the story of me and my siblings all living together in close quarters. My masters thesis film, “Everything’s Fine: A Panic Attack in D Major,” followed a similar approach. It’s a musical comedy about a woman going through her “quarter life crisis,” but underneath it’s just using song, spectacle, and satire in order to unpack my personal bouts with mental health, specifically anxiety and depression. They say “write what you know,” but I think that limits the imagination. Instead, my advice for young writers is, “write who you are.” 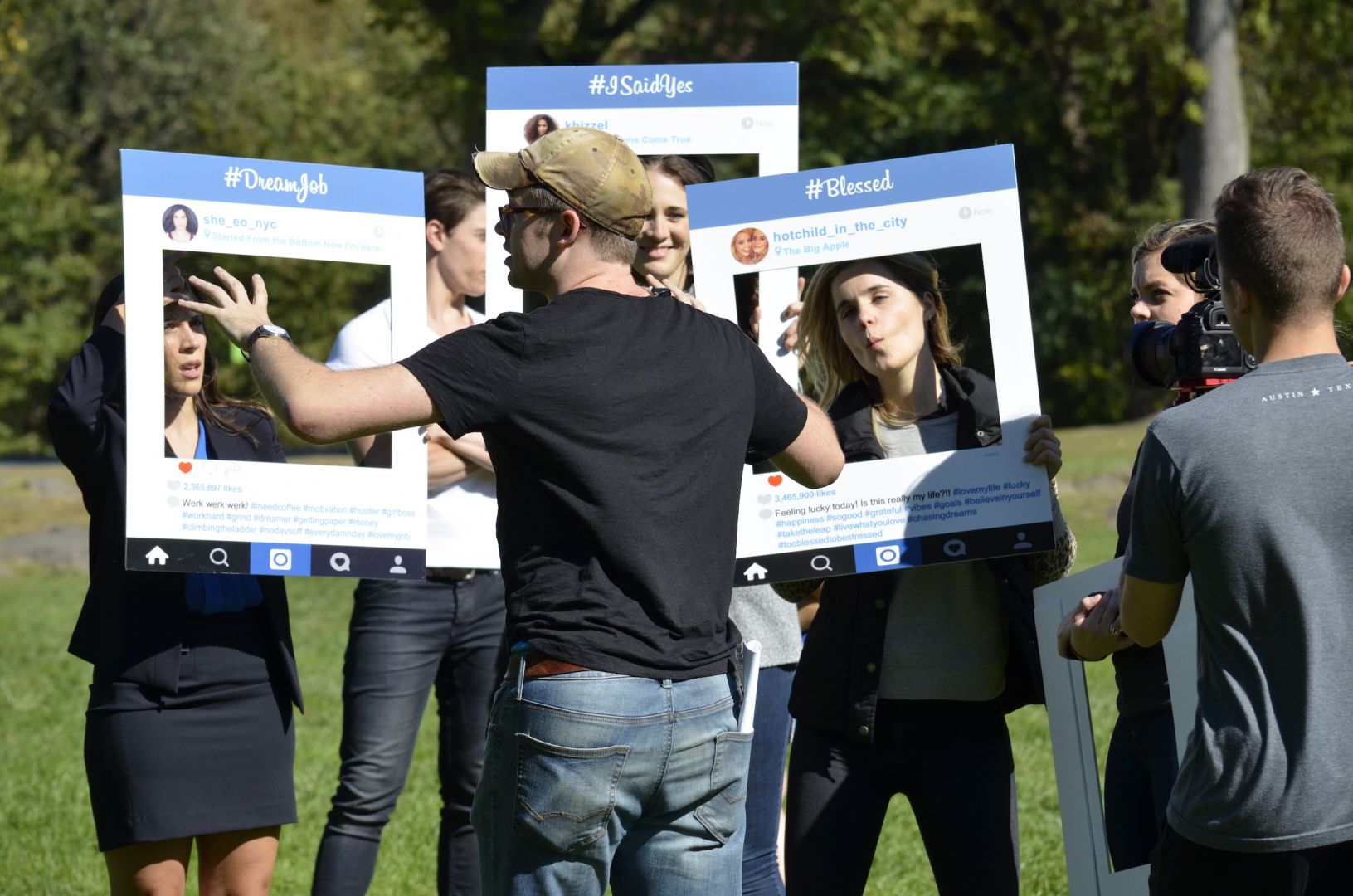 Any great local spots you’d like to shoutout?
As an east coaster, I feel I have the authority to speak on this very important issue: every pizza place in LA is atrocious. You all do your own thing out here, and that’s fine, I guess, in a self-contained kind of way. BUT, to add my two cents to the “best pizza in LA” debate, the two places that come as close to NY/NJ-style pizza as I’ve found so far are Vito’s in West Hollywood and Mulberry Street in Beverly Hills. In terms of places to grab a drink and hang, my favorite bar might be The Brig in Venice. When I first moved here, I was staying at a friend’s place on Abbot Kinney and The Brig was my go-to writing spot. Sure, it turns into a bit of a cliche party/club scene on weekend nights; but it is severely underrated on a lazy afternoon! That vibe is my favorite: sunlit, open air, whatever game is on tv is playing with a dull buzz, and $5 beers. Perfect for working on the day’s script pages. Plus, whatever taco truck they always have outside is clutch. Other favorite spots include The Nickel Mine in Sawtell, Barney’s Beanery (wherever, but I like the Westwood one), Davey Wayne’s or Sunset & Vinyl in Hollywood; and if I’m in a wine/cocktail mood, The Oak and Vine in Glendale. 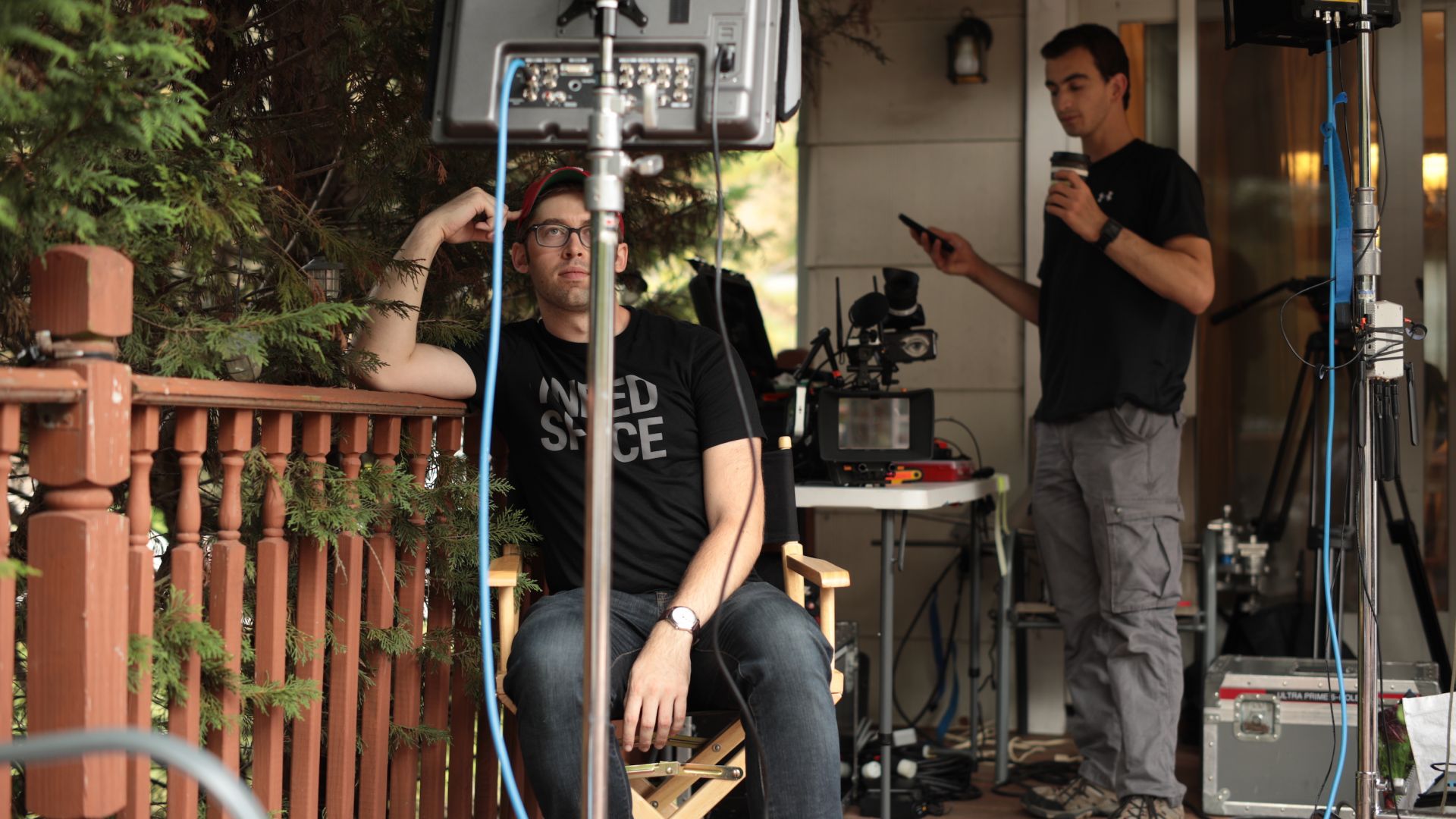 Who else deserves some credit and recognition?
There are so many people who have helped me along this journey: incredible teachers, mentors, friends, and family. And it seems a bit disingenuous on my part to say “this person” deserves all the credit. However, I do feel compelled to thank my parents. (WOW, original, I know. Mom and Dad are right up there with thanking God and telling the kids to go to sleep on any Award Speech Bingo card.) But in my case, I want to shout out my parents, not necessarily for “motivating me” or “pushing me,” though there was plenty of that—but rather for listening. When I first started pursuing the arts at a young age, they listened to me and were open to the idea. They “yes, and-ed” my desire to be creative. They put up with the loud hours of horrible saxophone squeaks and perpetually syncopated drum kit hits during my first artistic endeavor of music. The arts were not something my family was accustom to—though, granted, I get all my art genes from my mom. I come from a family of athletes. I grew up in the same hometown as my dad and all my aunts, uncles, and cousins; and the trophy case at East Brunswick High School never let me forget that. I would walk into a classroom on the first day of school and a town-favorite teacher would ask “oh, you’re a Morrison? Are you Bob, John, Mark, Norma, or Drew’s kid?” On the first day of football practice, one of the coaches, who played with my dad and uncles, commented, “you’re a little scrawny for a Morrison.” Needless to say, despite my family’s potential expectations, athletics weren’t my strong suit. Neither was math. I failed all that. Which is why I’m grateful for my parents’ tolerance when I told them I want to make movies for a living. They knew that was coming for a while, as I’m sure all the at-home Bon Jovi lip sync music videos and various attempts at YouTube 1.0 sketch comedy gave it away. But it took some work on my part, slowly working them in to the idea of pursuing the arts like you would break in a new baseball glove: running it over with a car (metaphorically, obviously, in reference to the all-in approach on my parents. I didn’t actually run them over with the family minivan that I attempted to play off as the cool Batmobile I drove around town). My dad wanted me to get a business degree and do film on the side. My mom wanted me to get a journalism degree (which I ended up double majoring in, but that’s another story). However, just like my parents, I’m dogmatic as all hell when it comes to doing what I want to do. So I want to thank them for trusting me. Once I won the student film festival on campus my freshman year at Rutgers, my dad pulled me aside and said, “Ok. You’re doing this. But you’re going to work hard and be the best at it.” And I knew that was, in his way, the push and motivation he knew I needed.