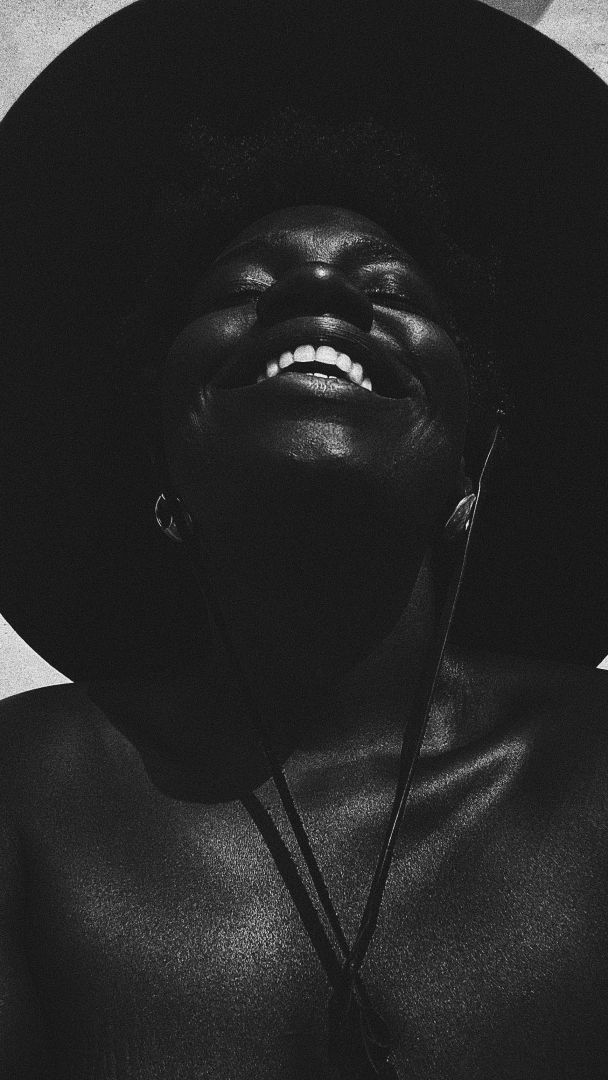 I came into my creative career through acting and filmmaking when I was at a low point in life and couldn’t jolt out of my own gray cloud. I had a dream I was in an acting class with gray carpet, red chairs, and red window blinds. A week later, I found myself walking into an acting class and to my surprise, it had the same gray carpet, red chairs, and red window blinds as in my dream! I took it as a sign and I never turned back. Now my creative career not only includes filmmaking, but being in nature and working with children through imaginative play and introducing them to our Mama Earth. This career has saved me on more than one occasion and has opened my mind to how I can use my creativity to make justice and room for others, giving me purpose to continue to share my truth so others can see theirs. Read more>> 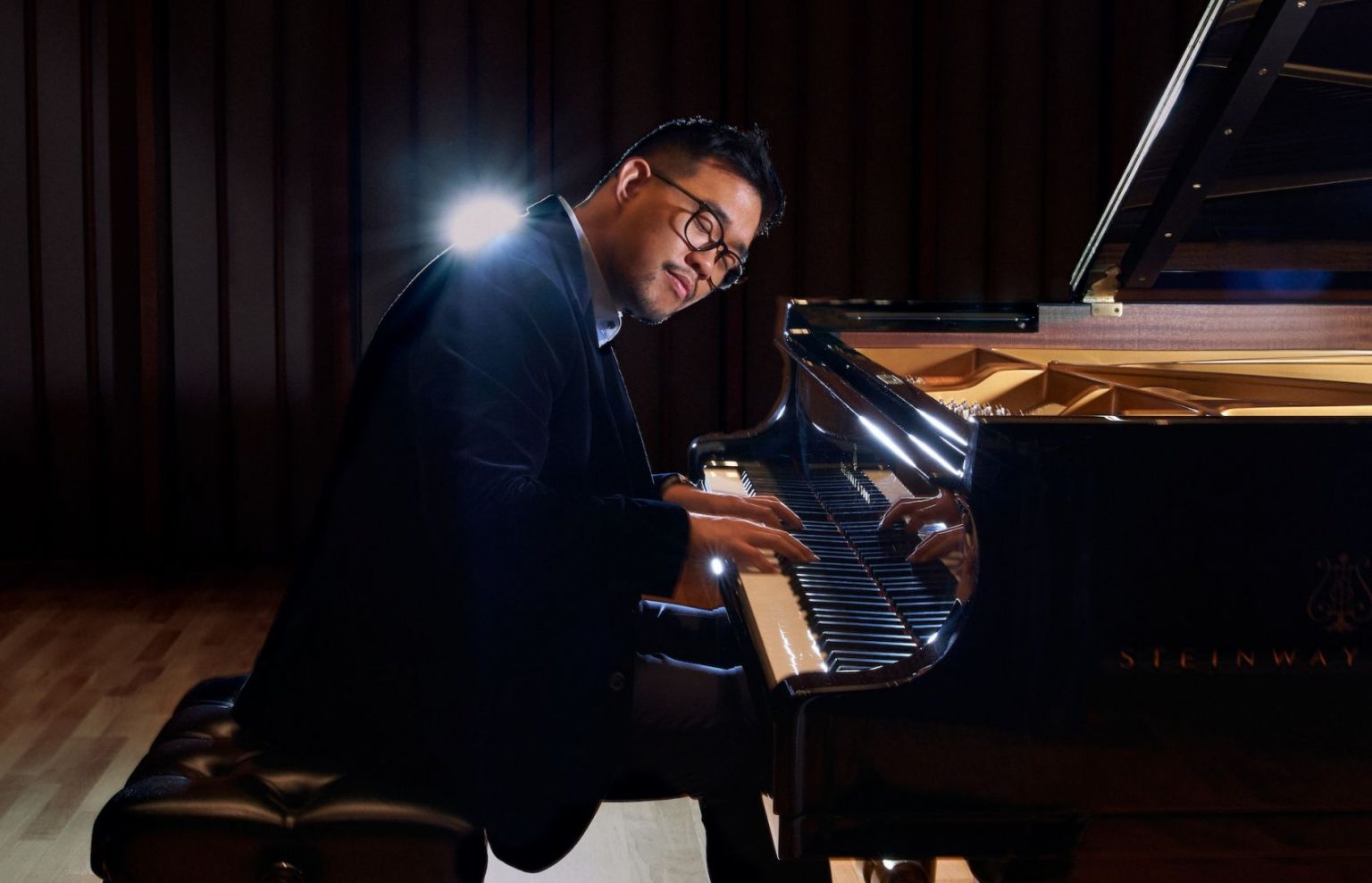 I’ve finally realized that my natural personality, inclinations, thought process, and how I see and view the world is simply of an artistic person. I don’t always follow logic, I love chasing after dreams, and I’m hungry to do things differently. More importantly, I realized that the medium for me to deliver my artistic compulsions is most easily realized through the piano. However, there are real financial and logistical hurdles you have to acknowledge when you have an artistic career. I’m still doing things on the side to make ends meet. However, pursuing my music was the best and most comfortable decision I had ever made for myself. Read more>> 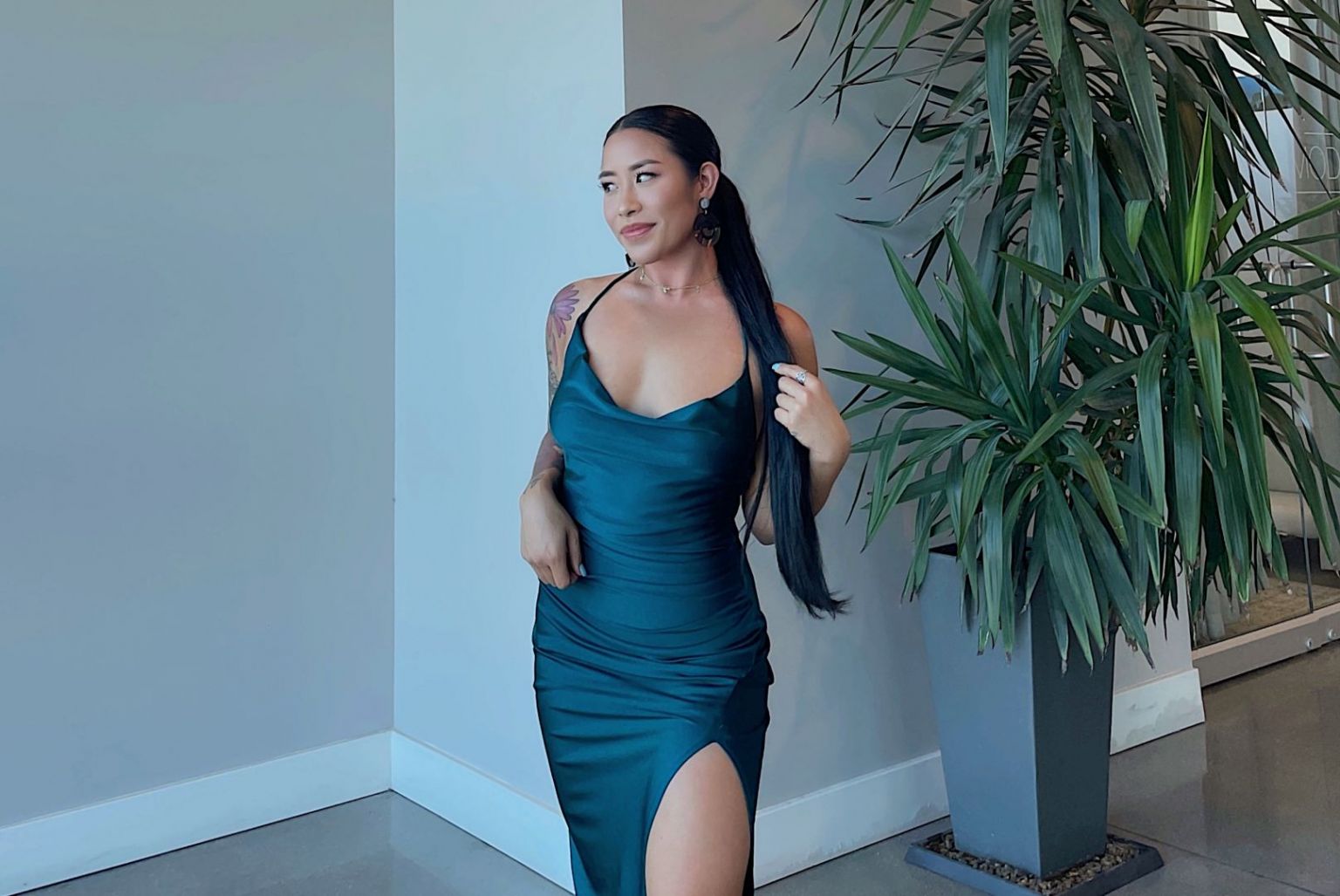 Growing up in a non-English speaking household with refugee parents who wanted nothing but their children to become doctors, all I knew was the pursuit of healthcare. I graduated from California State University, Fullerton with a Bachelor’s degree in Health Science (emphasis on Health Promotion and Disease Prevention), and worked in healthcare for the last 5 years. I have always enjoyed generating yoga sequences for my yogis more than I did creating health programs for patients because there was always that creative and spiritual aspect of helping others focus their minds on nothing but becoming present and at peace that I loved. Read more>>

I pursued a creative career because I believe that our purpose on Earth is to create. Everything we use/do in our lives was created either by nature or by human beings. I chose to start my own business because I wanted to have as much creative freedom as possible. I want to be able to create the change I want to see in this world. I also want to be able to inspire those after me to create the change they want to see. Hopefully, the world will continue to evolve into a better place because of it. Read more>> 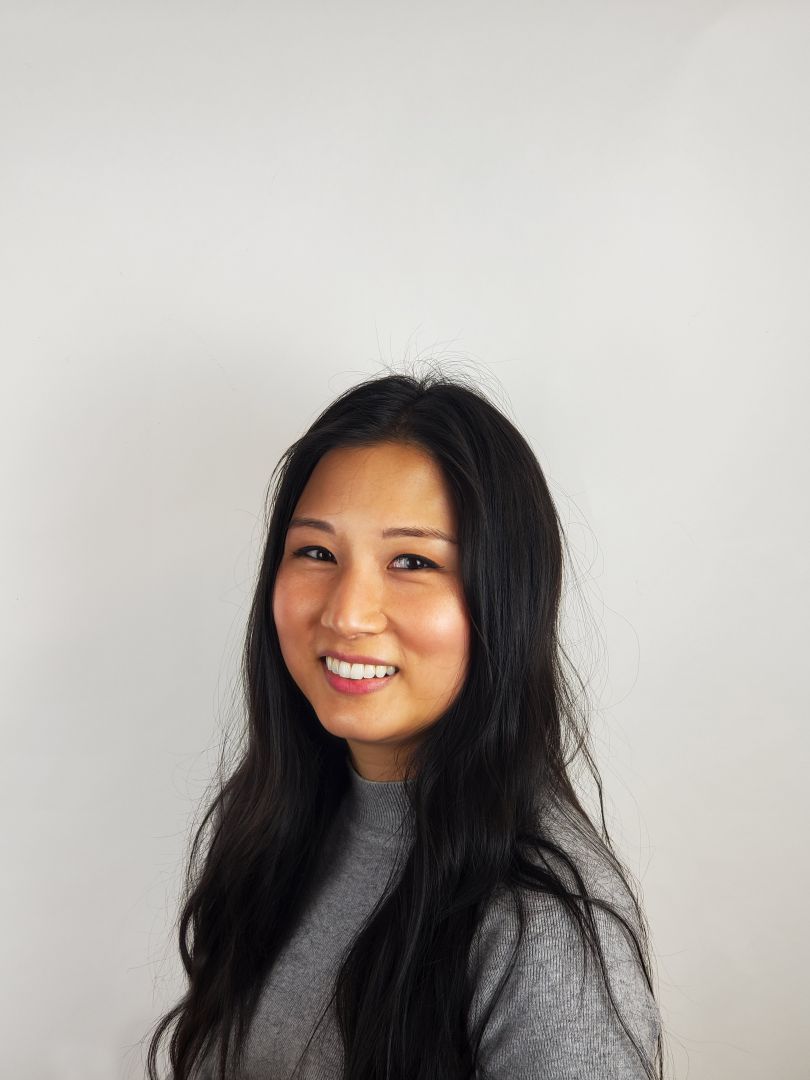 As humans, our minds are predisposed to be attracted towards the creative and the new- what’s the next new phone coming out? New project at work? New dish at my favorite restaurant? And it’s actually been shown that the brain releases dopamine in response to new things and experiences. Entrepreneurship is a career where being creative is your job. You’re developing new things, building new systems, and getting curious about how conventional ways of doing things can be different and better. My company, Antithesis Foods, is a food technology company, which on the surface seems like it would be quite the opposite of creative. Read more>> 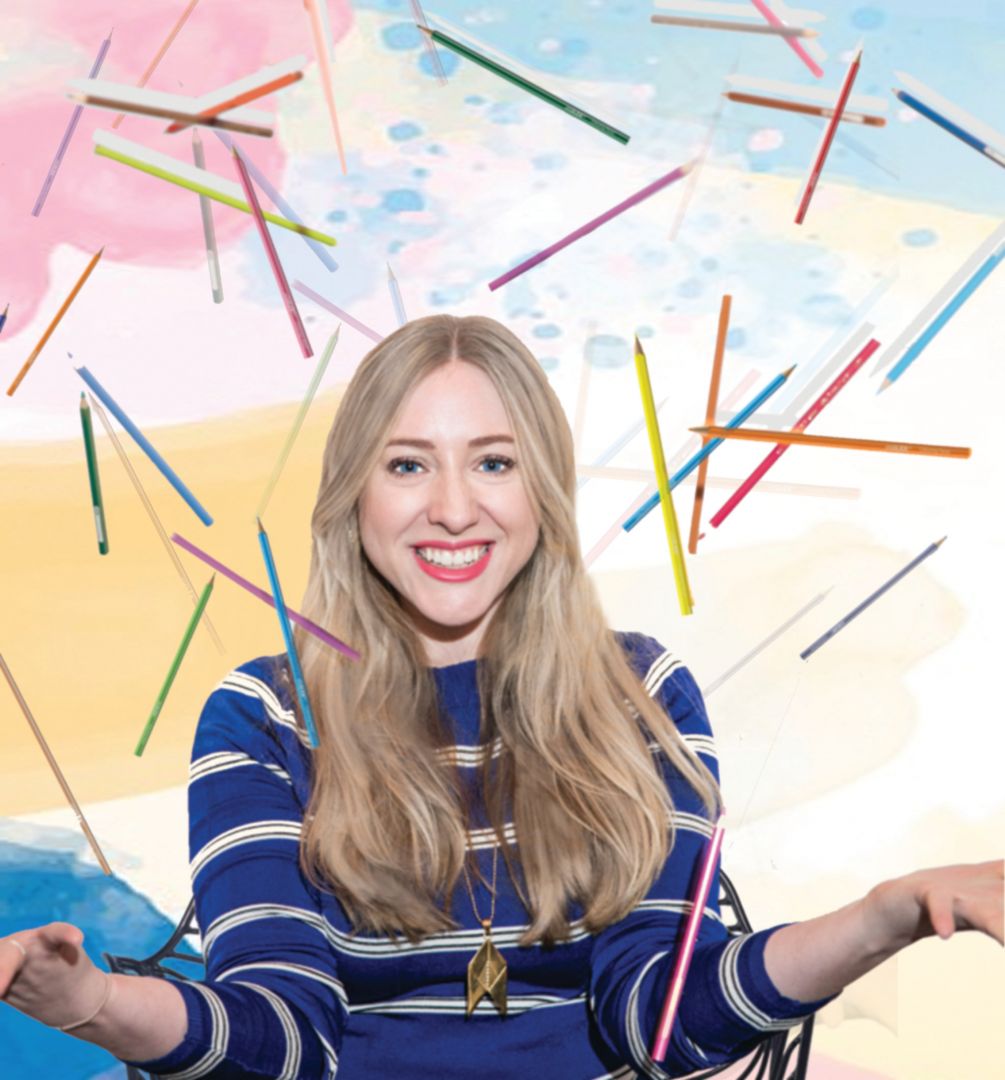 Maybe I am a glutton for punishment? Any creative will open this with a laugh, knowing how absurd it is to pick being underpaid, overworked, and without the stability of a 9-5. But I can’t help it – there’s something fundamental about my brain that buzzes for the problem solving that only creative thinking can satisfy. And the gratification of sharing that creative communication is addictive, it changes you and the audience in real-time. Read more>> 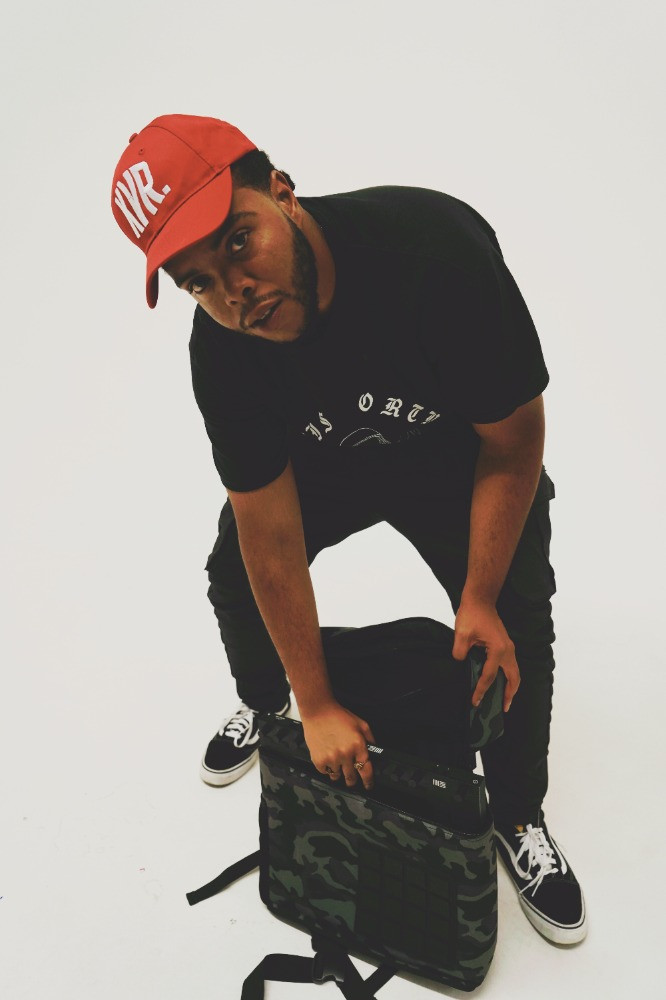 The child inside never died, only grew stronger. I grew up an only child, so I kept myself entertained most of my life through my imagination. As I went through school, my favorite subject was English. That was the only course that allowed me to use my creativity. I loved writing stories because it allowed me to do what I was passionate about from an early age. When I went to college, I jumped into the field of Journalism because I knew I loved to write stories, but that time was cut short. My creativity felt as if the walls were closing in, so I sprinted off to school for music engineering. Read more>> 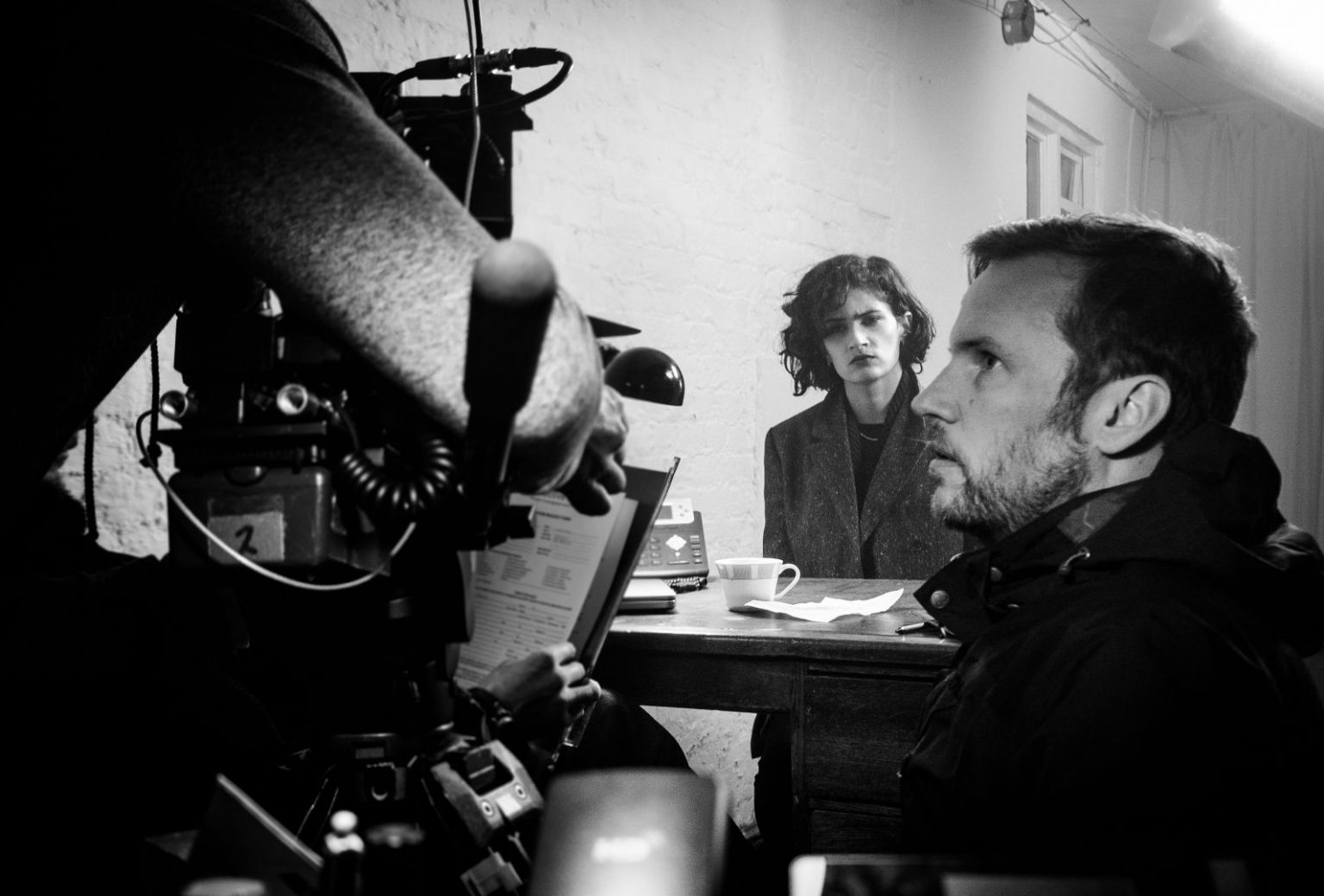 It feels like I didn’t really pursue a creative career more it was something I had to do, there was always this voice that had something to say or vision I could see or I was making connections between things, and you have to get that all our or you’ll die inside. It becomes almost a quest to figure out what this thing inside is saying to you and with each project you’re tuning into it a little better, refining how you get it out and how you articulate it more faithfully. Read more>> 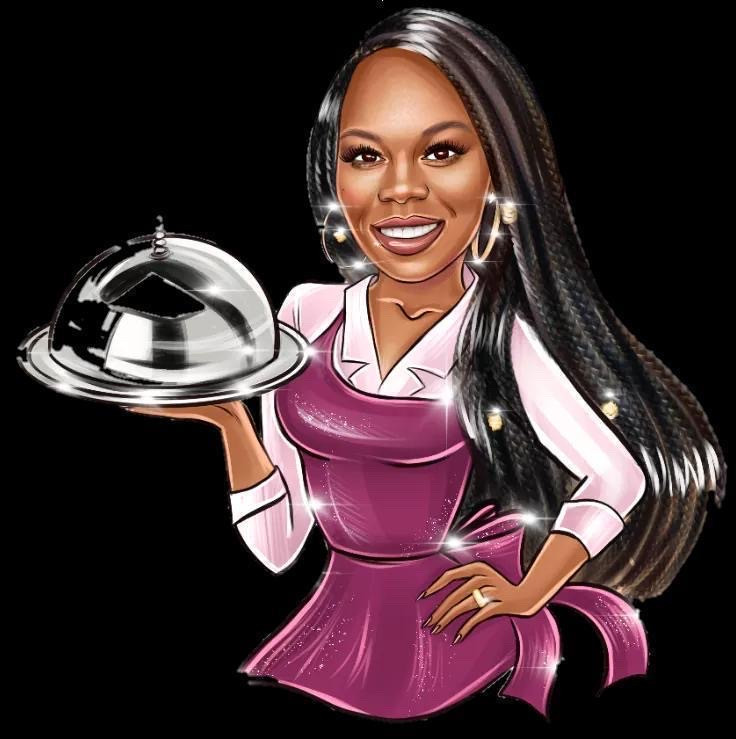 I decided to pursue an artistic and creative career to express my true authenticity through my work. I’m the Owner of Rae’s of Sunshine Catering, Down Home Southern Cooking reminiscent to Grandma’s hands. Nostalgia for the soul. I’ve always wanted to be a Caterer and make people’s taste buds dance. It’s how I show my love and my passion for the food I present. The type of love that you not only can feel, but can see and taste it, too! While pursuing my career in Catering, I discovered my purpose and created a way to use my platform to fulfill it. Read more>> 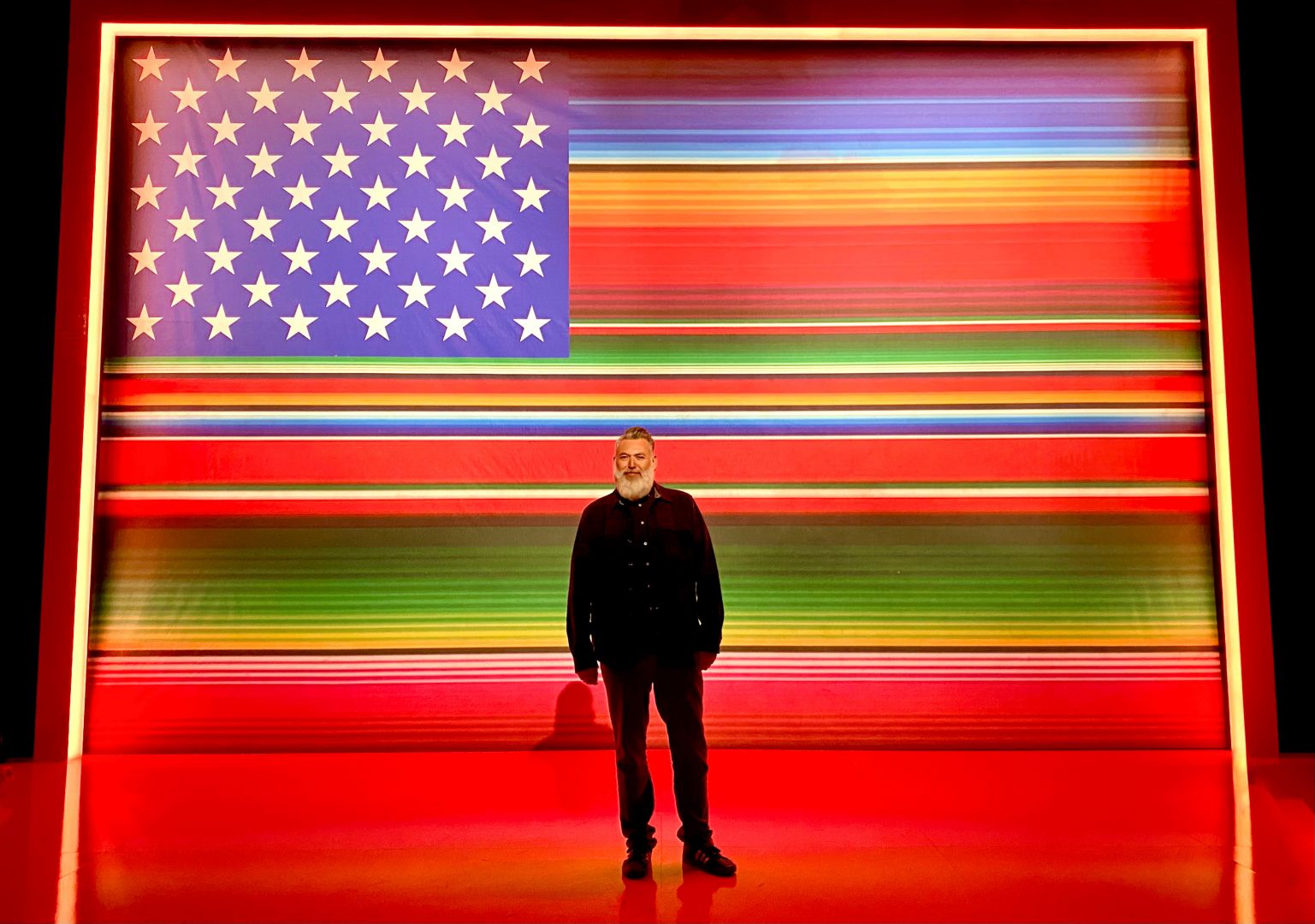 Recently, I’ve been thinking a lot about this question. In 2019, I turned 50 and as with many milestone years a measure of introspection crept in at that time. Why dedicate a life in the arts? What’s the next part of the journey about? So you dig into the past to see the future. As far as I know, I don’t have a history of artists in my family and no one had ever pursued a creative career. So it wasn’t about legacy and yet it also felt inevitable. There was something in me that I discovered in my early 20’s that focused my pursuit. In college, creative expression became the outlet but really that came about by pure accident. In college, I was a freshman studying Political Science with ideas of becoming a lawyer. Read more>> 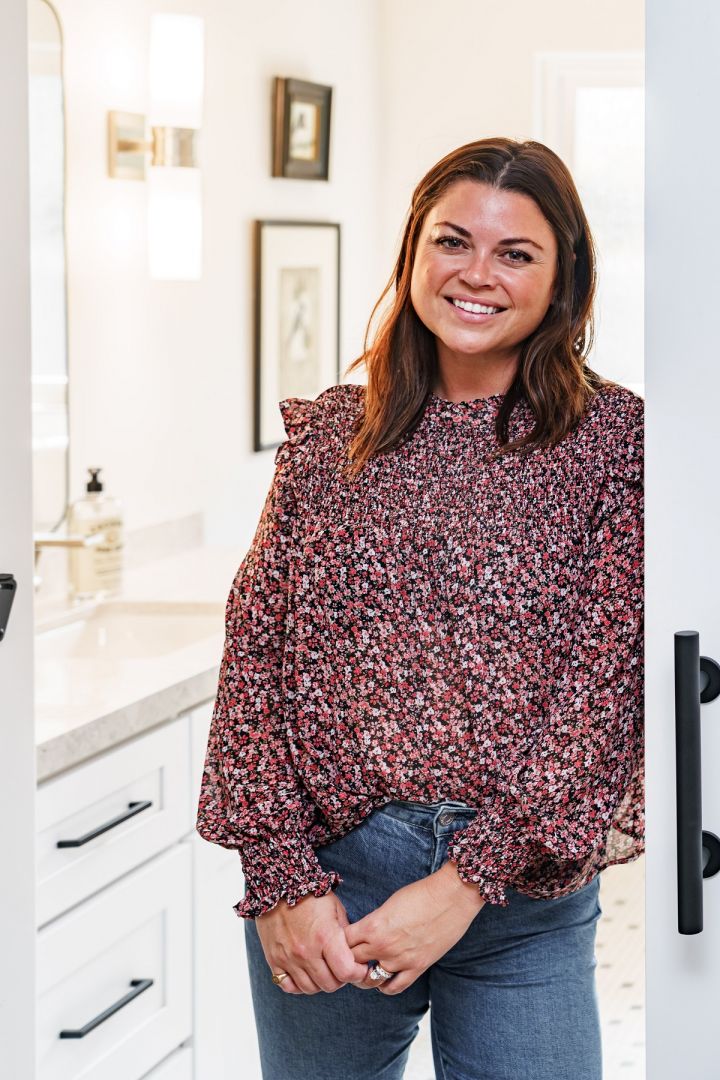 I pursued a creative career because I knew I was not that person that could sit behind a desk for 8 hours a day staring at a computer! I wanted to be able to meet new people and I have always had an eye for design, function and flow! Read more>> 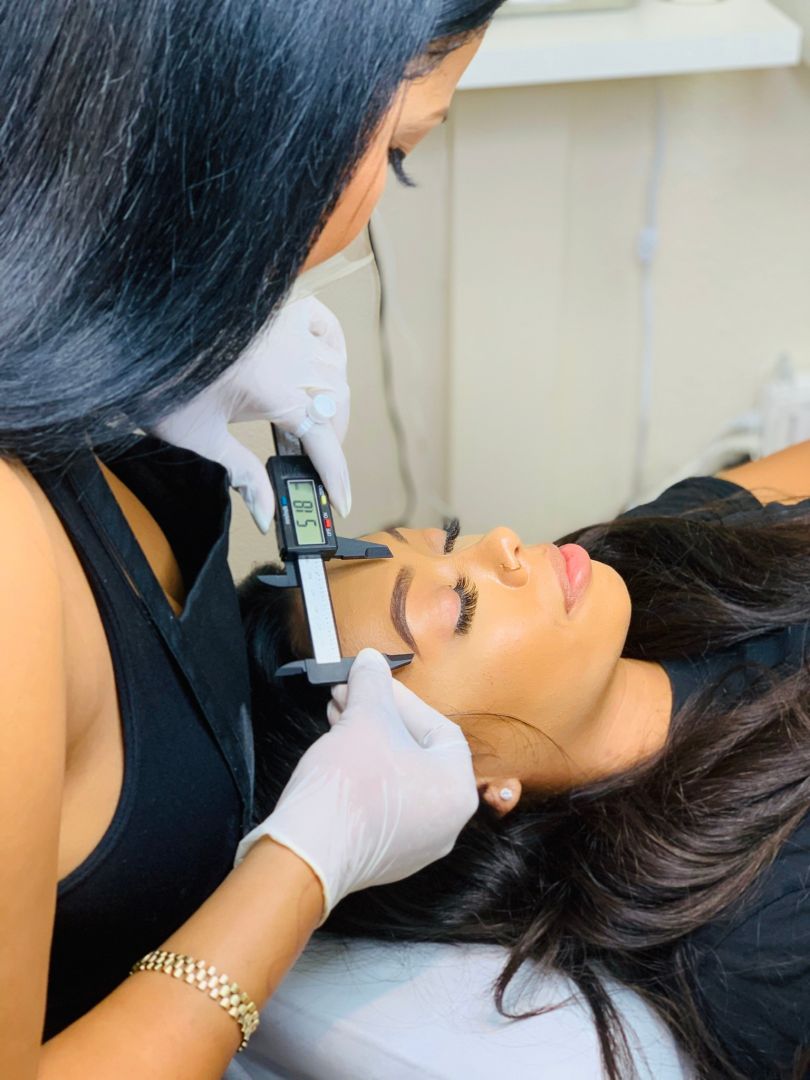 There is a true gift in using artistry and creativity to produce an actual viable income. I chose to pursue this career path because ultimately I wanted to be able to have complete freedom along with full control of my own success. I wanted freedom! The freedom to think outside of the box, the freedom to create my own destiny, the freedom to decide when, how, and where to work. I pursued this creative career because it challenged me to actually utilize all parts of my brain in order to produce the most beautifully received pieces of art as well as structure a business that supports my family and lifestyle. Read more>> 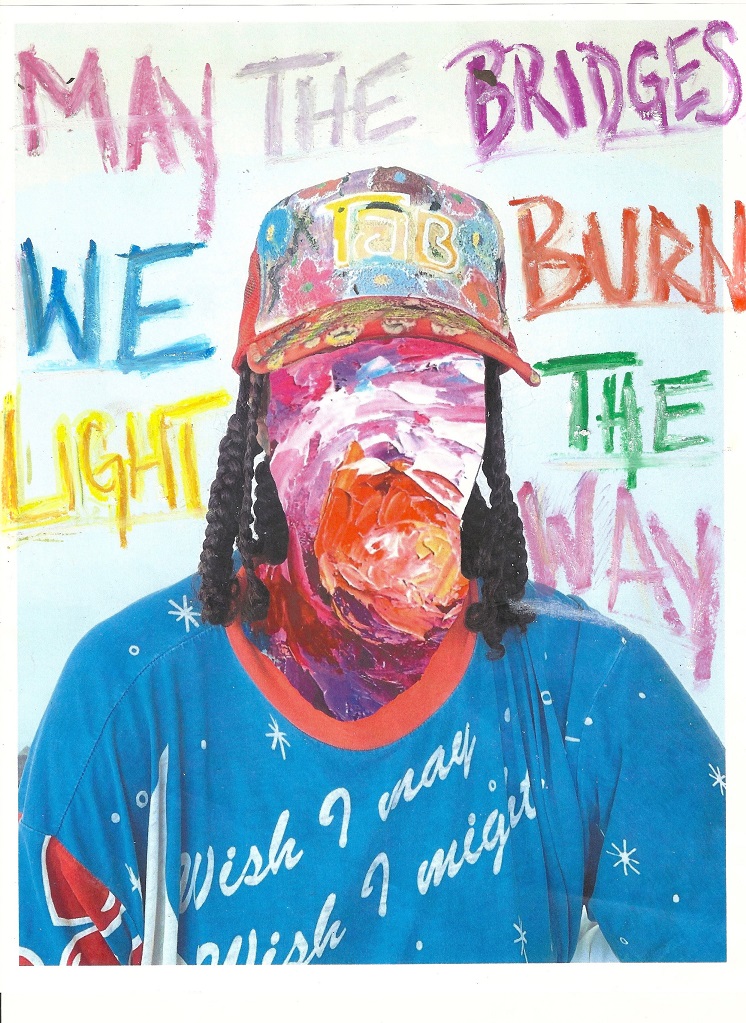 Well I do many things now I’ve been expanding my career path so far now so it all started with modeling when I was in college and I did it as a quick thing you know to be fun I need to quickly turn into a passion once I researched so deep I knew it was what I wanted to do. I even dropped out of college and save money from bartending for six months to move to New York special that career, but living in New York where are expanding my career check photo editing and even creative direction and I live in Eaton away I get to implement that into my every day life and jobs Read more>> 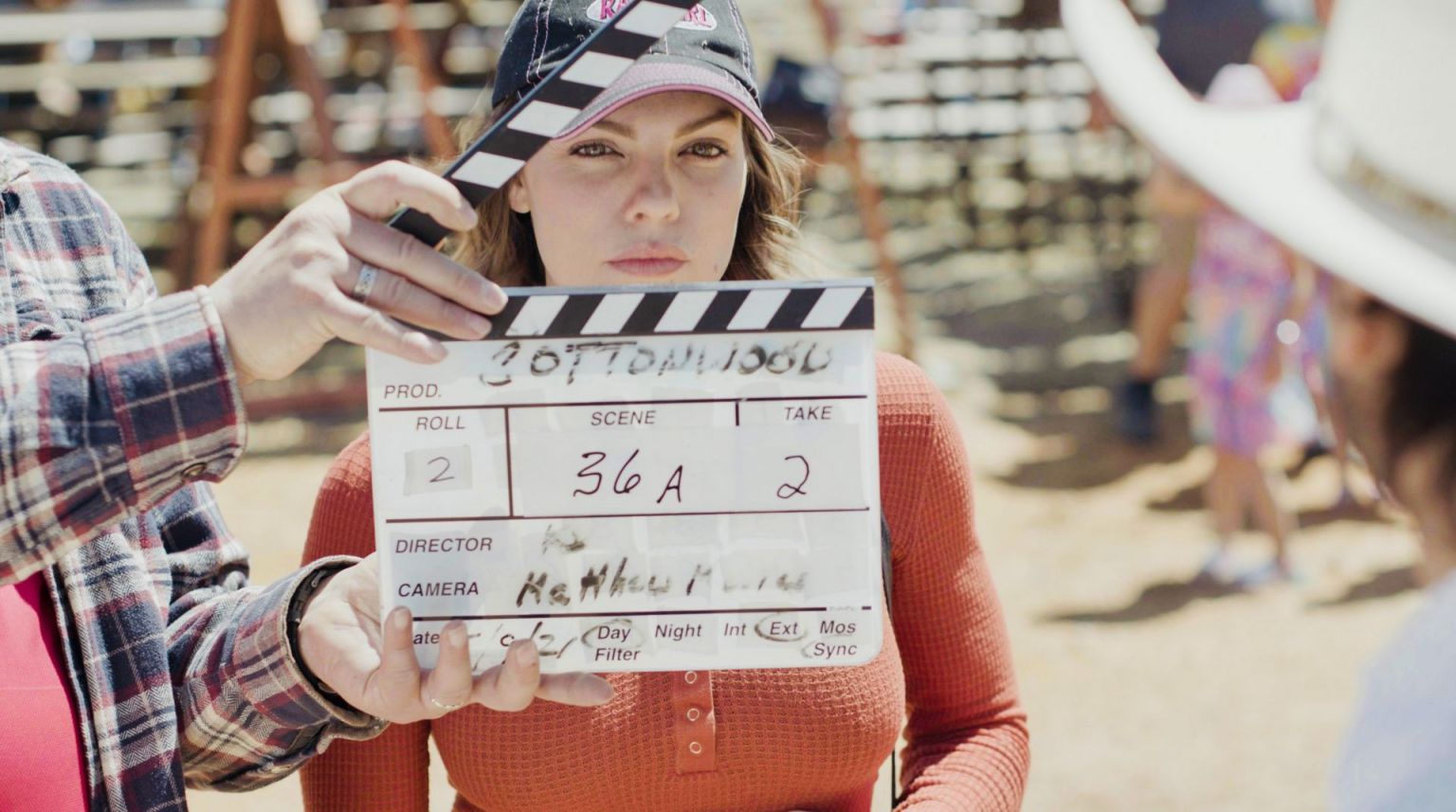 As corny as it might sound, I truly believe that a career in the arts isn’t something I chose to pursue, but rather it chose me. Growing up, my parents were both artists. They encouraged me to express myself creatively whenever I had the chance, whether it be with music, writing or imitating characters from my favorite films. I was always very aware I had a big presence and I never felt the need to hide that. Creating something unique and beautiful out of nothing is what attracted me to the arts early on, and once I figured out I could make a career out of it, I never looked back. Of course I took a few detours along the way, as most artists do, but those detours are what makes me a better actor, writer and overall creator. Read more>> 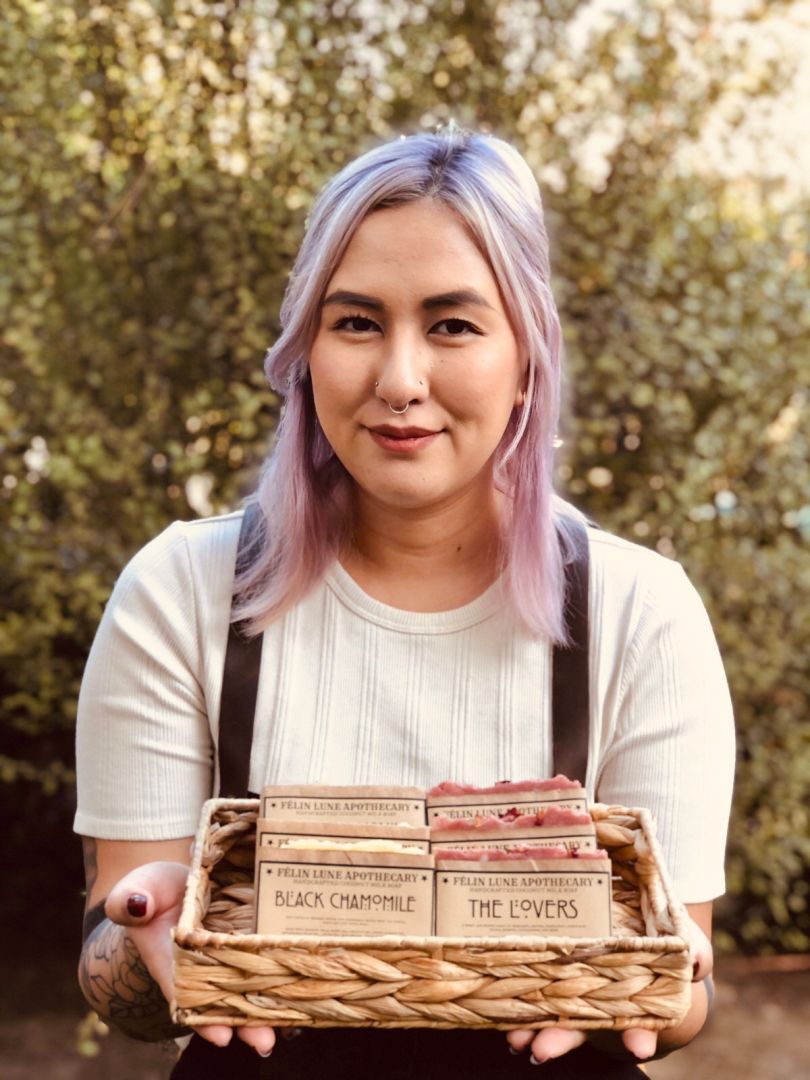 It was kind of an accident, actually. I was originally pursuing a medical career and was preparing to apply to medical school. Around this time was also when my mental health began to plummet. In 2018 I was diagnosed with depression and about a year later I decided to stop pursuing a medical career as my mental health continued to deteriorate. I took up soap making as a hobby to help with my depression after coming across a YouTube video. I’ve always been an arts and crafts kinda person, and soap making looked like a fun activity. Read more>>