We had the good fortune of connecting with Allen Carter and we’ve shared our conversation below.

Hi Allen, what’s one piece of conventional advice that you disagree with?
Following trends: I believe that you have to love what you do in any type of creative field, whether it’s film, TV, or comics. Jumping on a bandwagon (zombies, vampires, dark superheroes, etc) to find success, if you don’t already have a passion for those genres or trends will sap your creative energy, and will begin to make what you love to do feel like a job all the time. 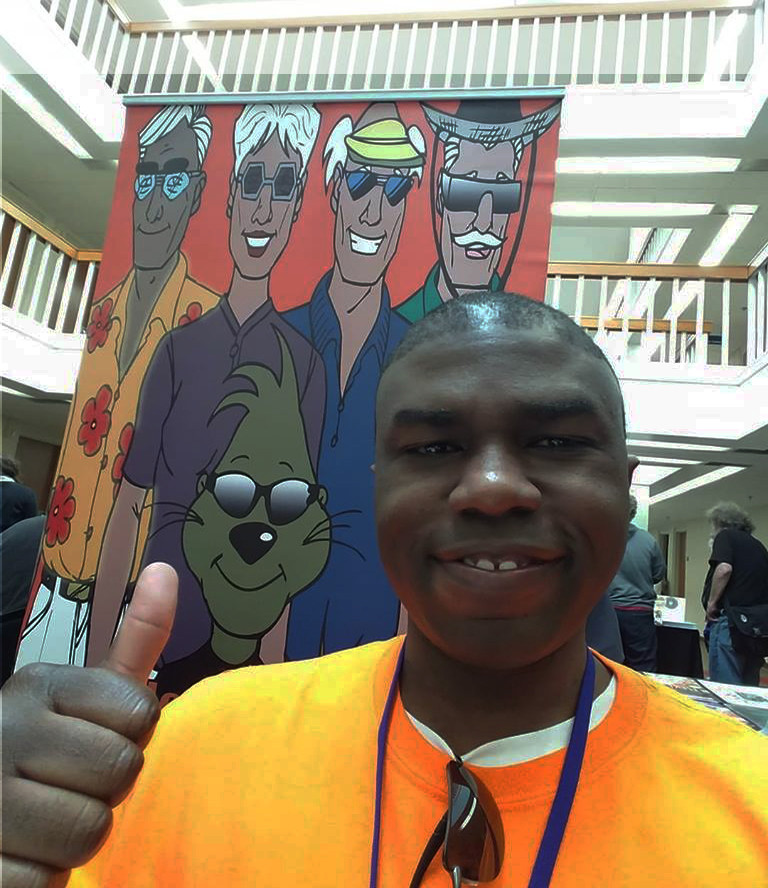 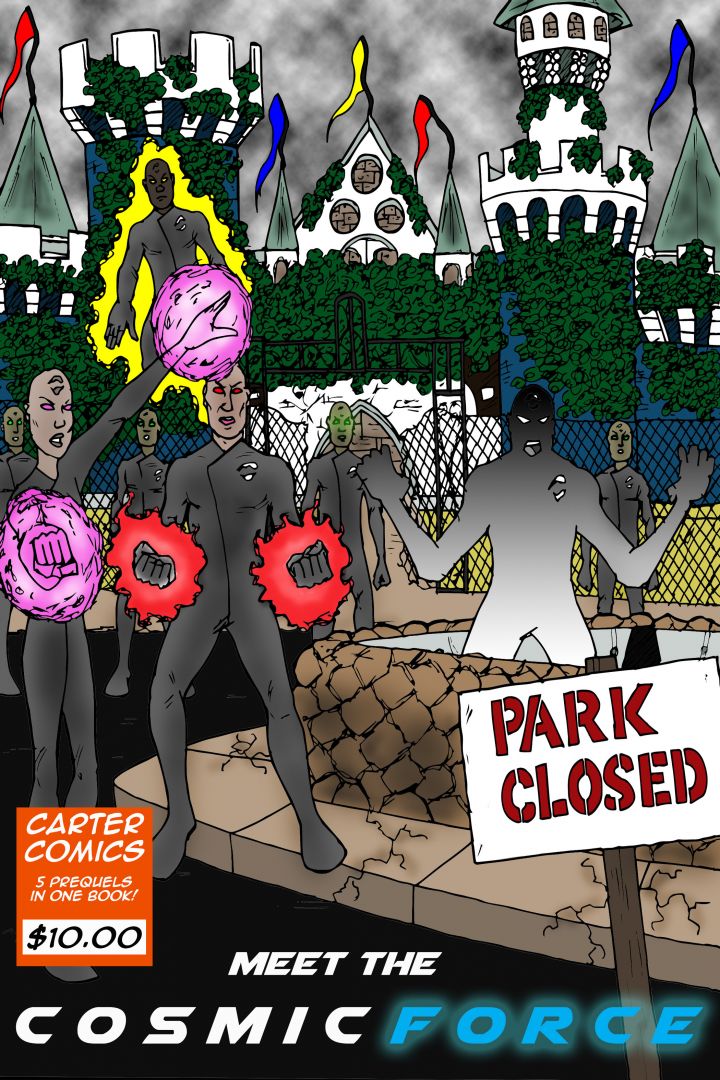 Can you open up a bit about your work and career? We’re big fans and we’d love for our community to learn more about your work.
While I’ve been illustrating and telling stories since age six, I didn’t formally launch Carter Comics until the spring of 2010. Once I began exhibiting my books at comic conventions, the most difficult part of the process was in trying to pitch one of the two books I had developed: A science-fiction/superhero series called “Cosmic Force.” Because parts of the story and the genre were so similar to other stories out there, I had to bring out the twist of the book that sets it apart from everyone else to the forefront of my pitch to a customer, and make the pitch as short as possible at the same time. Following pitches as several other conventions that didn’t work, while observing slogans and taglines from other books and even some movies, I eventually learned to modify the pitch using short buzzwords (i.e; five strangers, who lost two years of their lives, due to one event). Another lesson I learned along the way while on the convention circuit, was body language. I wouldn’t attempt to engage every customer that walked by, just the ones that were close enough to my table, walked slower, and seemed to pay more attention to the items on peoples tables. In short, I went for quality over quantity, as one attentive person who stops by your table could result in a more meaningful sale that ten people who may just briefly stop, flip through one of your books, and then walk away. When it comes to Carter Comics, I want people to see how much joy creating stories brings me, and have it really show in my art. I think that’s starting to become more apparent with my other series: A vacation parody called “Damn Tourists,” as lots of people can relate to either seeing clueless travelers, or sometimes being the clueless traveler who sticks out like a sore thumb once they exit the Airport.

Let’s say your best friend was visiting the area and you wanted to show them the best time ever. Where would you take them? Give us a little itinerary – say it was a week long trip, where would you eat, drink, visit, hang out, etc.
While I currently live in Los Angeles, I would also like to answer this question for my hometown of Honolulu, Hawaii, as both cities have some special areas to visit. I’ll start with L.A. by breaking the stereotype that everyone drives there. One of the first things I would want to show a friend in a week, is to take them on the city’s Metro Rail and Regional Rail system, something that LA is starting to be known for, but still not as much as Midwest or East Coast cities. Most of these rail lines connect to major dining and entertainment areas such as Santa Monica and Pasadena, where I would take them to such places as Downtown Santa Monica and the adjacent Pier, Lake Balboa Park in the San Fernando Valley (the most beautiful park I’ve seen in and around LA County), hiking trails such as Malibu Creek State Park, Old Town Pasadena, restaurants such as Mendocino Farms, Cousins Maine lobster and Grilled Cheese Trucks, as well as the various Artwalks that take place (mostly during the summer). For Hawaii (Oahu specifically, as that’s my birth island), I would take a good friend to a cool, windy scenic point called “Nu’uanu Pali Lookout, with its history dating back to the Hawaiian Monarchy as a battlefront. Also the Sumida Watercress Farm near Pearl Harbor, Makaha Beach on the northwestern coast of Oahu, and the Aloha Flea Market Swap Meet. 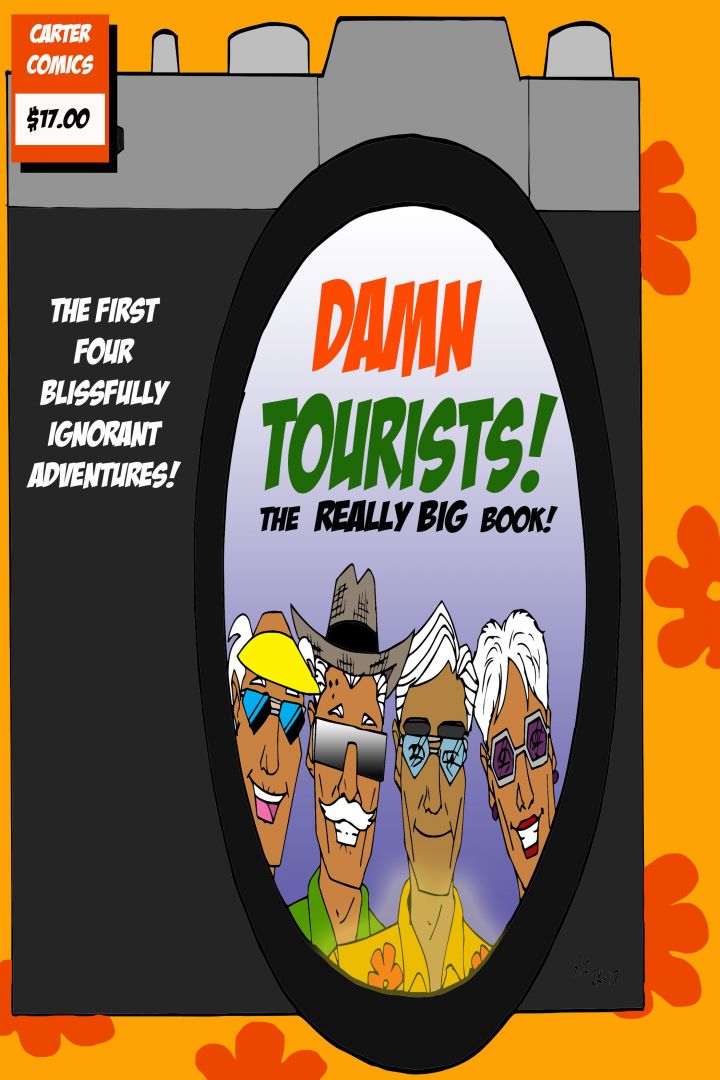 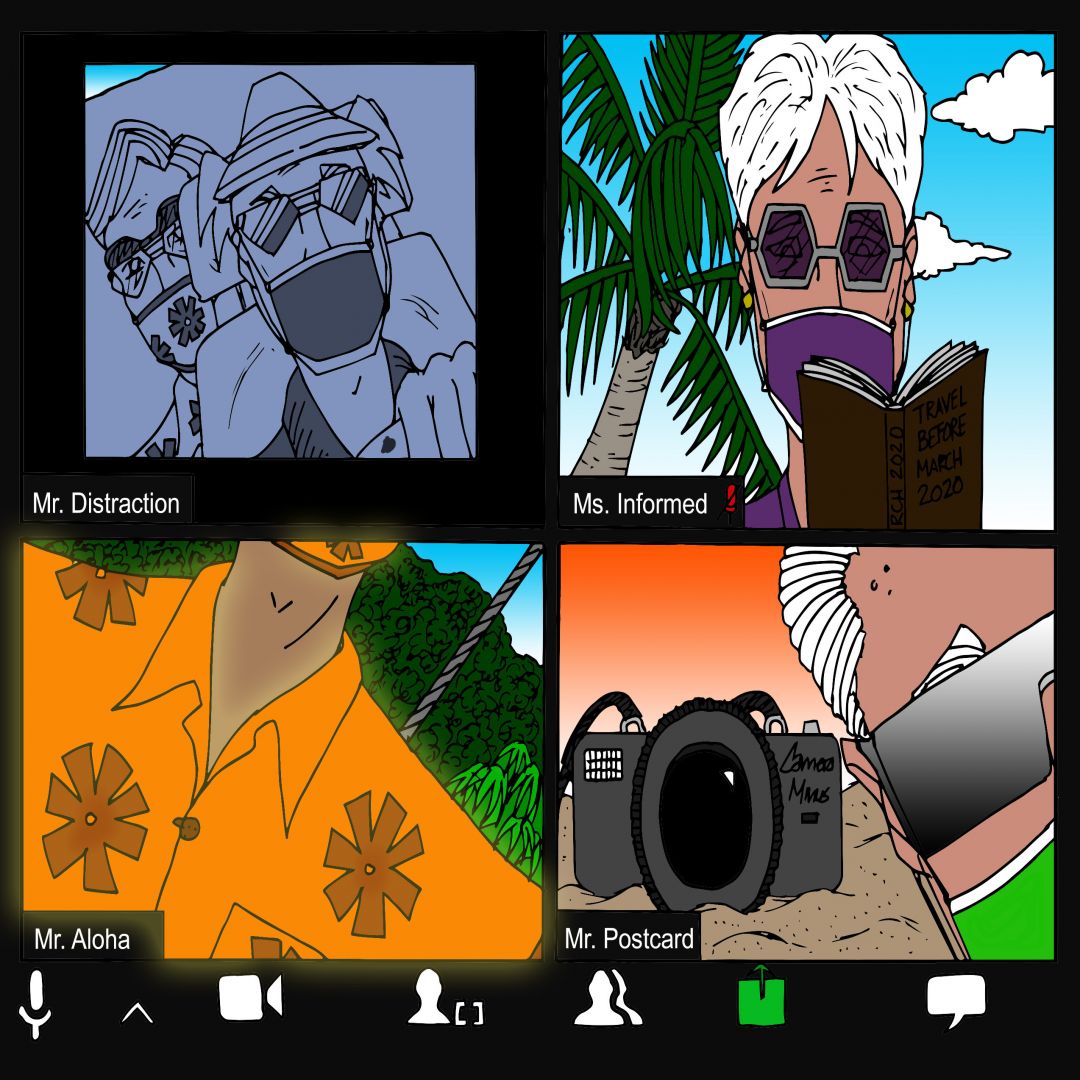 The Shoutout series is all about recognizing that our success and where we are in life is at least somewhat thanks to the efforts, support, mentorship, love and encouragement of others. So is there someone that you want to dedicate your shoutout to?
I would like to shoutout four wonderful and talented people that were highly instrumental in helping Carter Comics get established and noticed: Sam Campos – Founder of the Hawaiian Comic Book Alliance: While I have only been a member of this great organization since April of 2018, it was Mr. Campos’ days as a cartoon illustration instructor while I was in college that started both a friendship and mentorship. He helped me to learn anatomy to improve my character designs, something that I continue to do today. Joe Williamson – Event Promoter: I never imagined that the simple process of sending over a local comic book convention exhibitor application, would result in a series of in-studio interviews and online podcast guest appearance that really helped me promote my artwork, stories, as well as myself. Mr. Williamson’s connections to various radio show and podcast hosts got the ball rolling with that. Barbra and Bryant Dillon – Founders of Fanbase Press Publishing: Much like Joe Williamson, this was an unexpected meet-up at a comic convention six years ago, where we happened to be Small Press table neighbors. Months later, I got to know them a little better, and became one of their most frequent guests on their weekly podcast, giving me even more experience doing interviews about my work.