We had the good fortune of connecting with Andrey Kudievskiy and we’ve shared our conversation below.

Hi Andrey, is there something that you feel is most responsible for your success?
I believe the most important factor behind my success is my immense desire for continuous learning. Although this doesn’t directly impact Distillery, I decided to join the UCLA Executive MBA program this year in order to become a better version of myself. That said, this is the culture of our company; we’re trying to make Distillery better on a day-to-day basis. We’re competing only against ourselves, and our goal is to make sure that we’re creating a highly successful company with a great culture and an even better business model — something I believe we have already achieved here at Distillery. 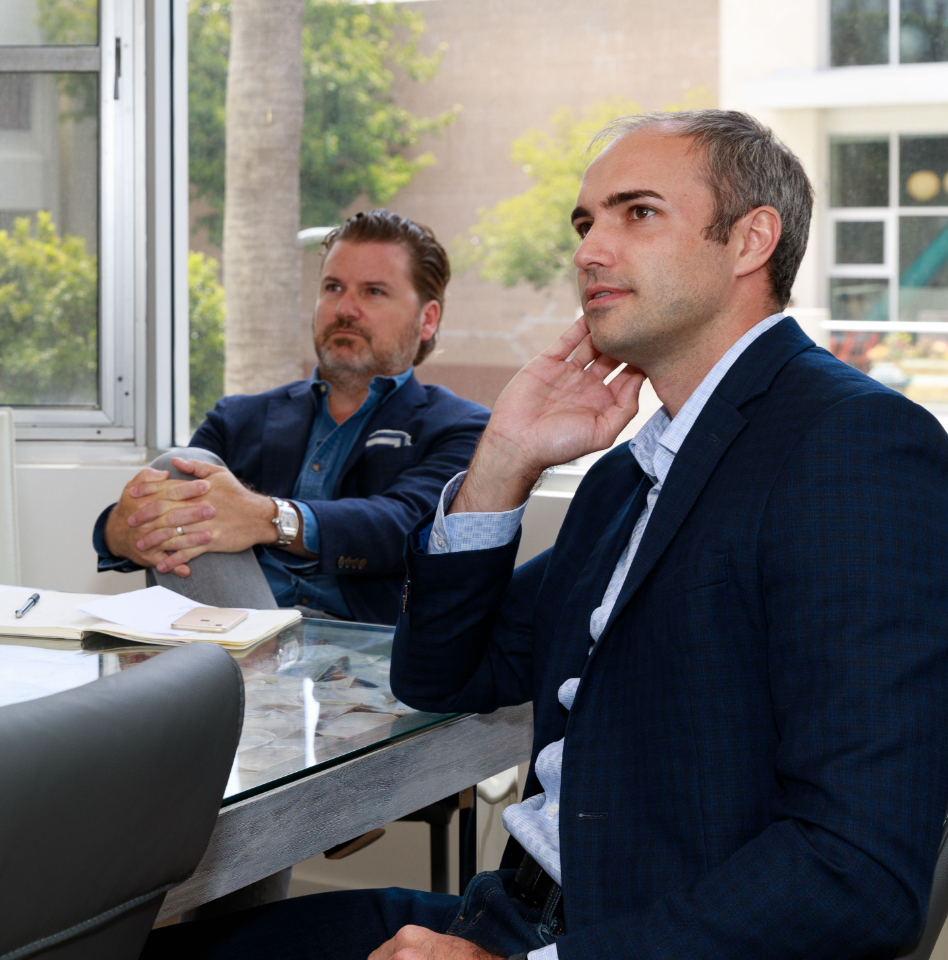 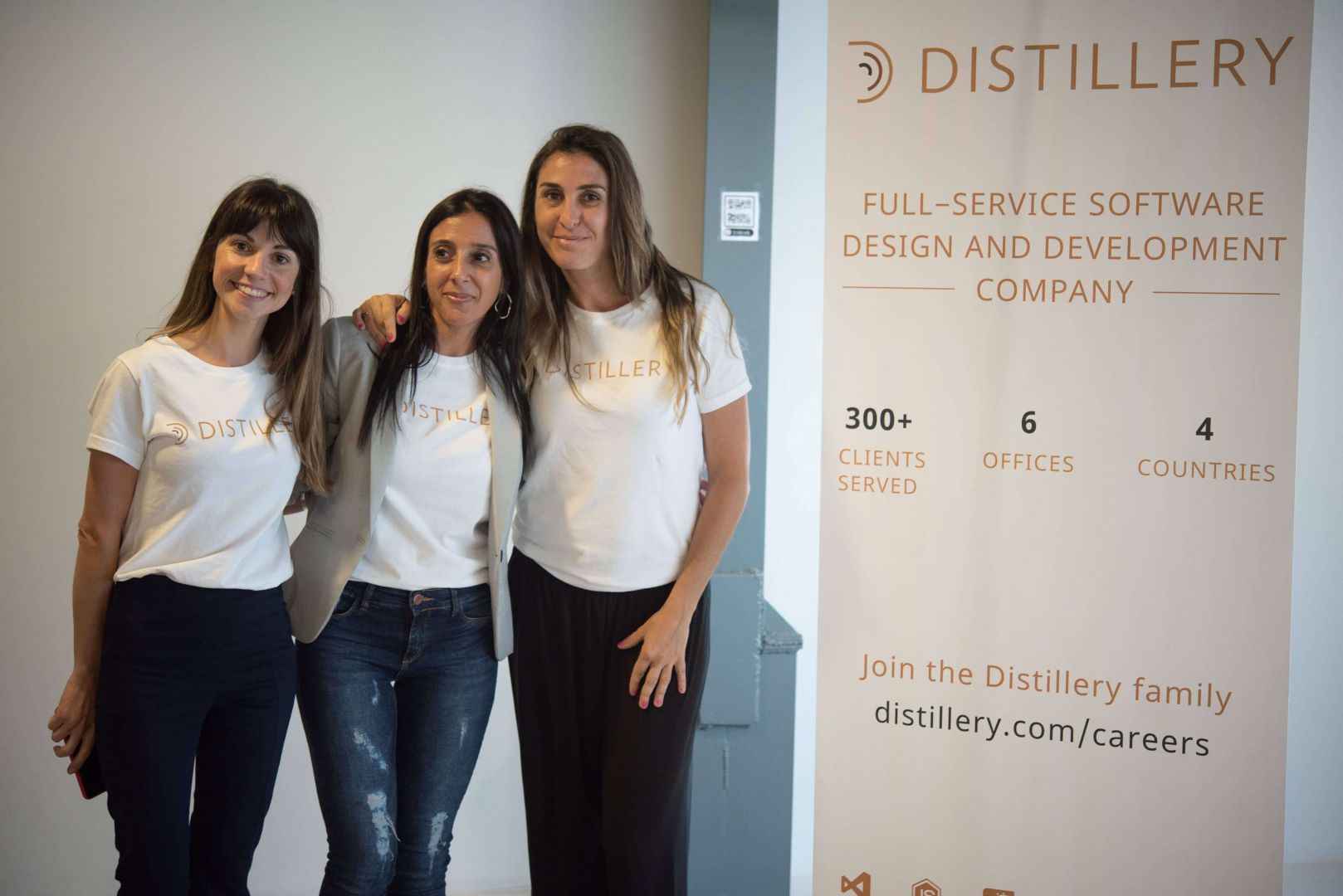 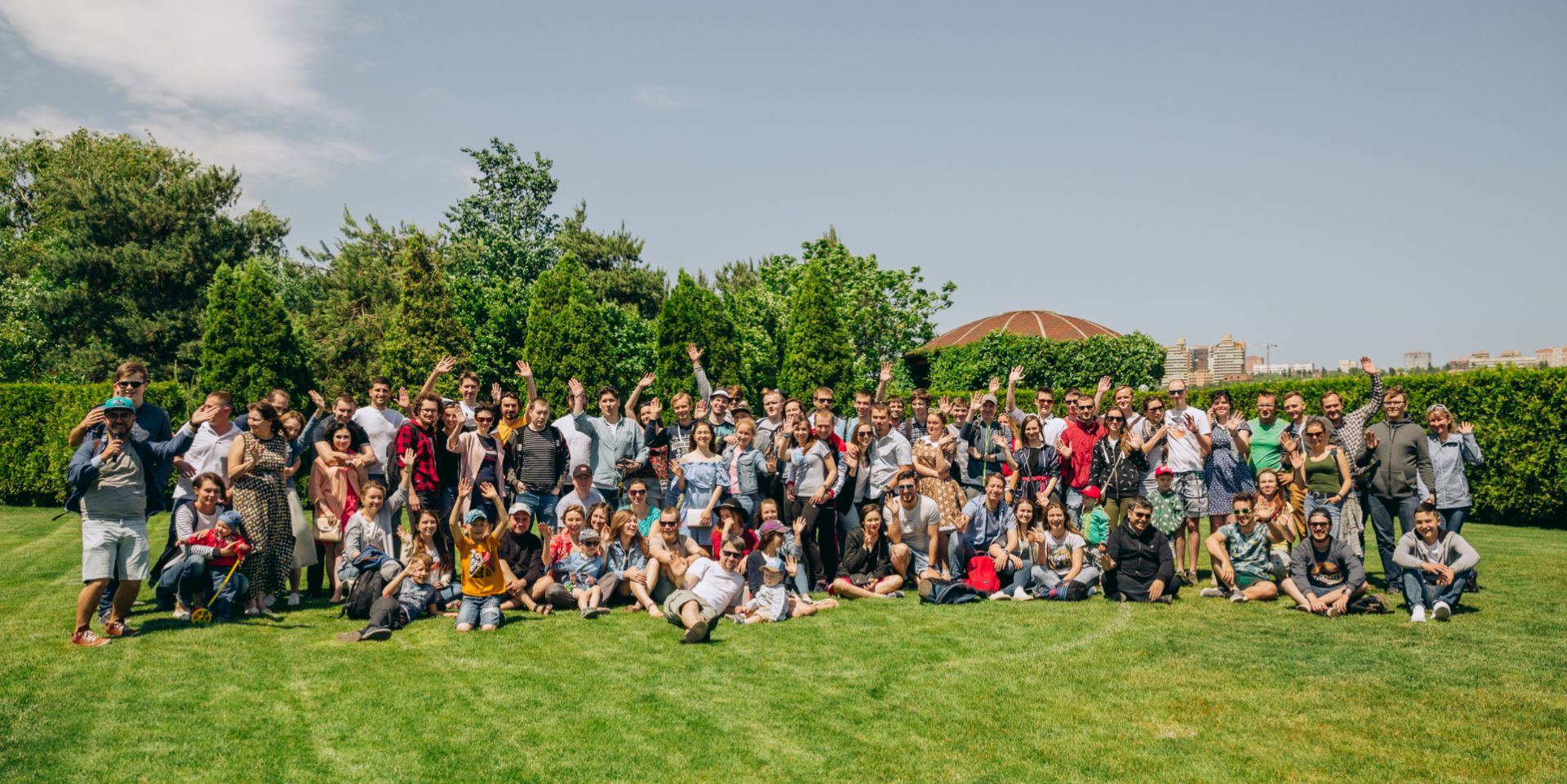 Can you open up a bit about your work and career? We’re big fans and we’d love for our community to learn more about your work.
I identify as an entrepreneur and also as “the guy from the middle of nowhere.” I was born in a small town in Russia with a population of about 75,000 people. Through my education in enterprise software security, I had the opportunity to work with organizations from all over the world, including the U.S. Within five years of starting my tech career at the age of 19, I established my first company, Rus Wizards. I also played a key role in creating a successful cloud synchronization startup that was then sold to a Fortune 500 company. I first visited the States on a trip to New York in 2008 during which I made a promise to myself that I’d do everything in my power to relocate. I started building Rus Wizards in Russia, and by 2012 it had grown to the point where we needed an office on the West Coast of the United States, so that’s how my relocation to the U.S. happened. Coming here without any pre-existing connections or support was a challenge in itself, and I’m proud of myself for creating those important relationships. I was a guy with no proper business education who was able to build a successful 8-figure company in the professional services industry, and with a goal of taking it beyond $100 million in revenue. Throughout my career, one challenge I faced was that I’m an engineer by trade and a manager by accident. I grew from software engineer, to senior software engineer, to manager of a sizable team, and, ultimately, to CEO of my own company. In each stage of my career, I needed very different skill sets. Although I haven’t been coding for the last eight years, I could still have a career as a software developer. But my challenge is this: how do I become an even better manager for my company and its people? I’ve addressed this by gaining more management experience through my post-grad education at Stanford and working toward my Executive MBA degree at UCLA Anderson. Another challenge I’ve faced is the cultural difference between doing business in Russia and doing business in the States — the two are drastically different! When I first came to the U.S., I barely spoke English. At first, many of my coworkers told me they could understand about 70% of what I was saying, and the other 30% sounded like gibberish. I worked to fix this problem and ultimately became more Americanized (probably to a degree beyond what I would have wanted). With the recent addition of our Distillery delivery offices in Mexico and Argentina, we truly became a multicultural company. We now have expertise to serve clients around the globe. Now that we have offices in four countries, my current challenge is how to integrate these distinct cultures into one company and team experience.

Any places to eat or things to do that you can share with our readers? If they have a friend visiting town, what are some spots they could take them to?
If my best friend was in LA, they would likely be visiting from Russia. The first thing on our itinerary would be surfing! Russia obviously isn’t well known for surfing, but California definitely is. I would want to show them how peaceful and serene it is out in the waves. Good food would also be an important part of our day! We would eat something that is truly American, and there is no better place for steaks than Mastro’s Steakhouse. There is another restaurant I love for burgers called Pono Burger; I’d also take my friend there to show them what a true burger should look and taste like since there isn’t a culture for good burgers in Russia. Lastly, we would go sight seeing at a place I absolutely adore in LA — The Griffith Observatory. This spot, hands down, has the best view of Los Angeles! 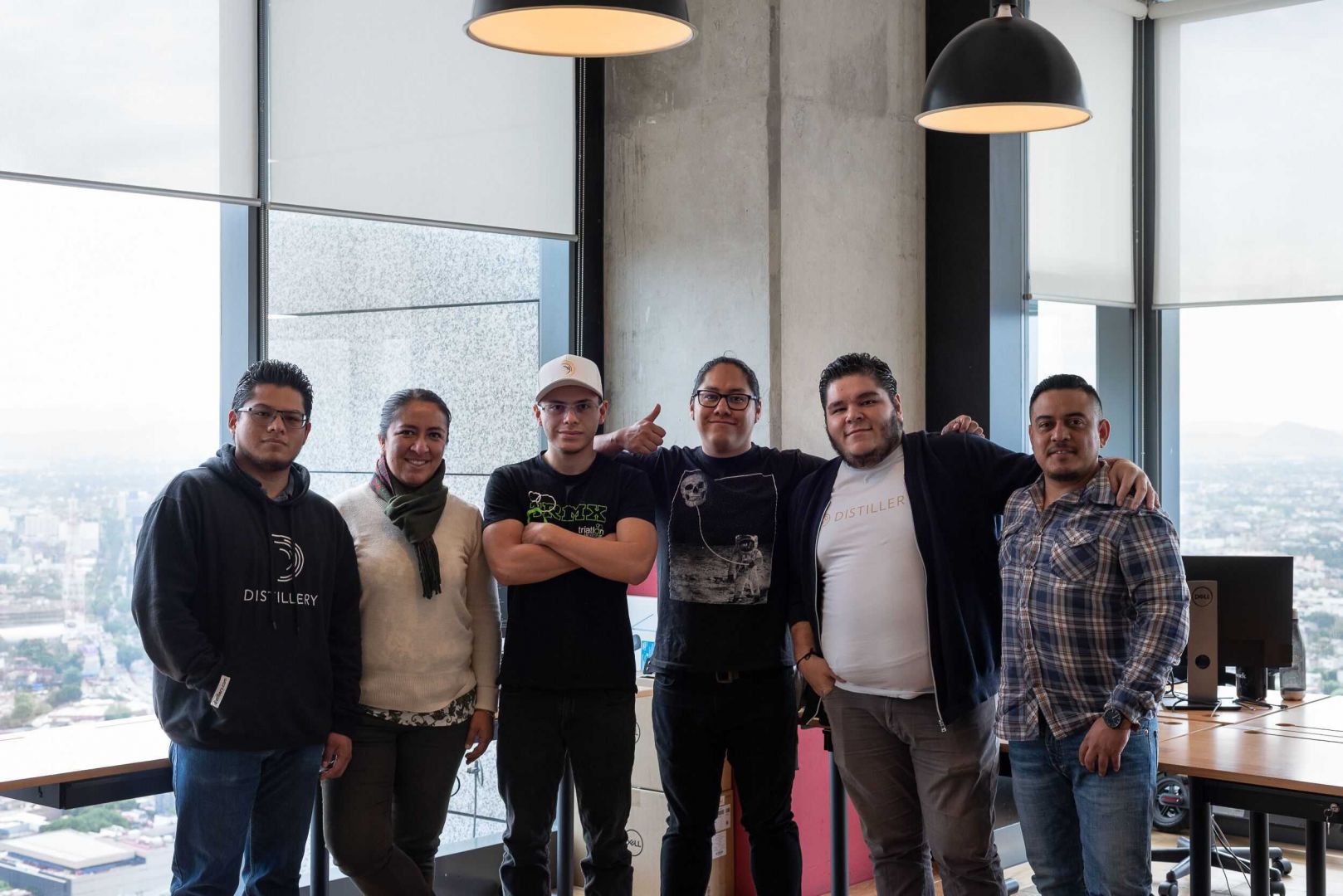 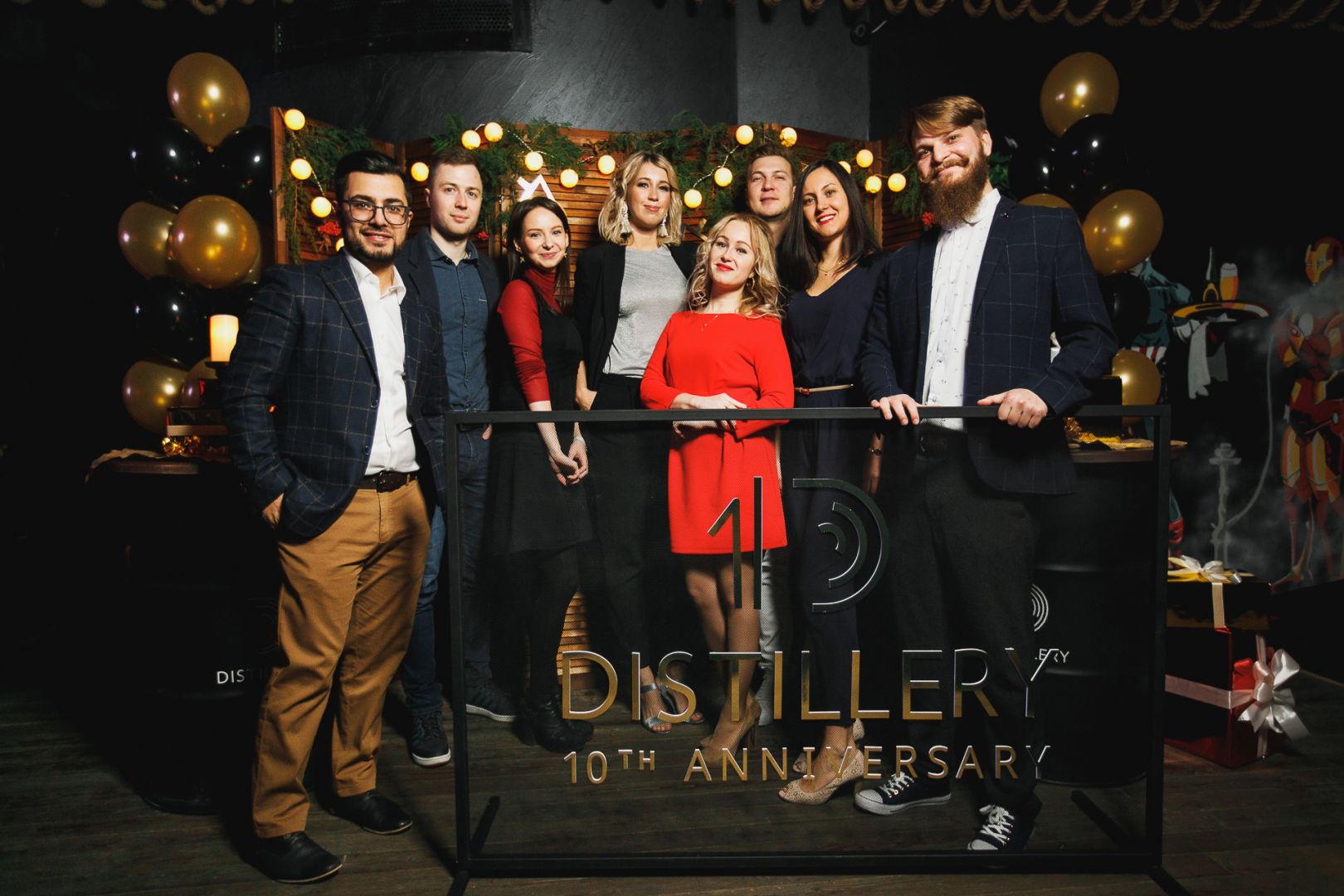 The Shoutout series is all about recognizing that our success and where we are in life is at least somewhat thanks to the efforts, support, mentorship, love and encouragement of others. So is there someone that you want to dedicate your shoutout to?
Distillery formed a board of advisors in 2016. Each of these people are much smarter and savvier in their respective field than I, be it venture capital, technology, sales, or finance. They have helped us grow Distillery faster than we would’ve been able to otherwise. With that said, I’d like to give a shoutout to our advisory board members: Eric Lee, Gadiel Morantes, Joel Milne, and Randy Churchill! I’d also like to give a shoutout to the leadership team at Distillery. My mentor, Safir Adeni, also deserves a shoutout; he has managed companies larger than Distillery and is an expert in what he does. It’s important for me to have someone like him by my side — someone who advises me on how to grow Distillery to the heights and magnitudes that we want to achieve, all while making fewer mistakes along the way. I believe that when you bring someone in who is more experienced than you, you accelerate the growth of your company, and that’s what I wanted to achieve in finding a mentor like Safir.