We had the good fortune of connecting with Blake Baldwin & Stewart Crichton from the band Hand Drawn Maps and we’ve shared our conversation below.

Hi Blake & Stewart, why did you decide to pursue a creative path?
Stewart: The reason that we chose to live creative lives is honestly pretty simple but still an evolving thing for us. Growing up, the education system never really catered to us as individuals, and we both took refuge in music. More than that though, thats just sort of who we are as people. We both know that the music industry is tough and cutthroat, and all that, and maybe we’ll end up working regular 9-5 jobs, but in the end music is such a guiding and positive force in our lives that we aren’t about to stop following that instinct. Especially now, with all the chaos that comes along with being in a pandemic, being able to make music that we’re excited about gives us a lot of hope and and definitely feels like the right path. Life is just too short to not do what you love.

Blake: Both of us grew up together here in Los Angeles and our parents were best friends and avid music lovers; I still have memories of our Dads playing guitar and making up ridiculous songs for us when we were young. I think even when we were kids we had a pretty serious passion for music so as crazy as it is, its really no surprised to me that we’re at this point now where we’re going to be releasing a record together. Stewart and I had drifted apart for a while but we were both working on our own musical projects during that time. In 2018 we just happened to end up moving around the corner from each other in Highland park and it all just sort of fell into place; we listened to the same music, we lived in the same neighborhood, and we both just really enjoy songwriting and making sounds. We wrote this first batch of songs and we are just wrapping up the sessions for those tracks now with the multi-talented Steve Ornest over at Total Access Recording Studio in Redondo Beach, CA. 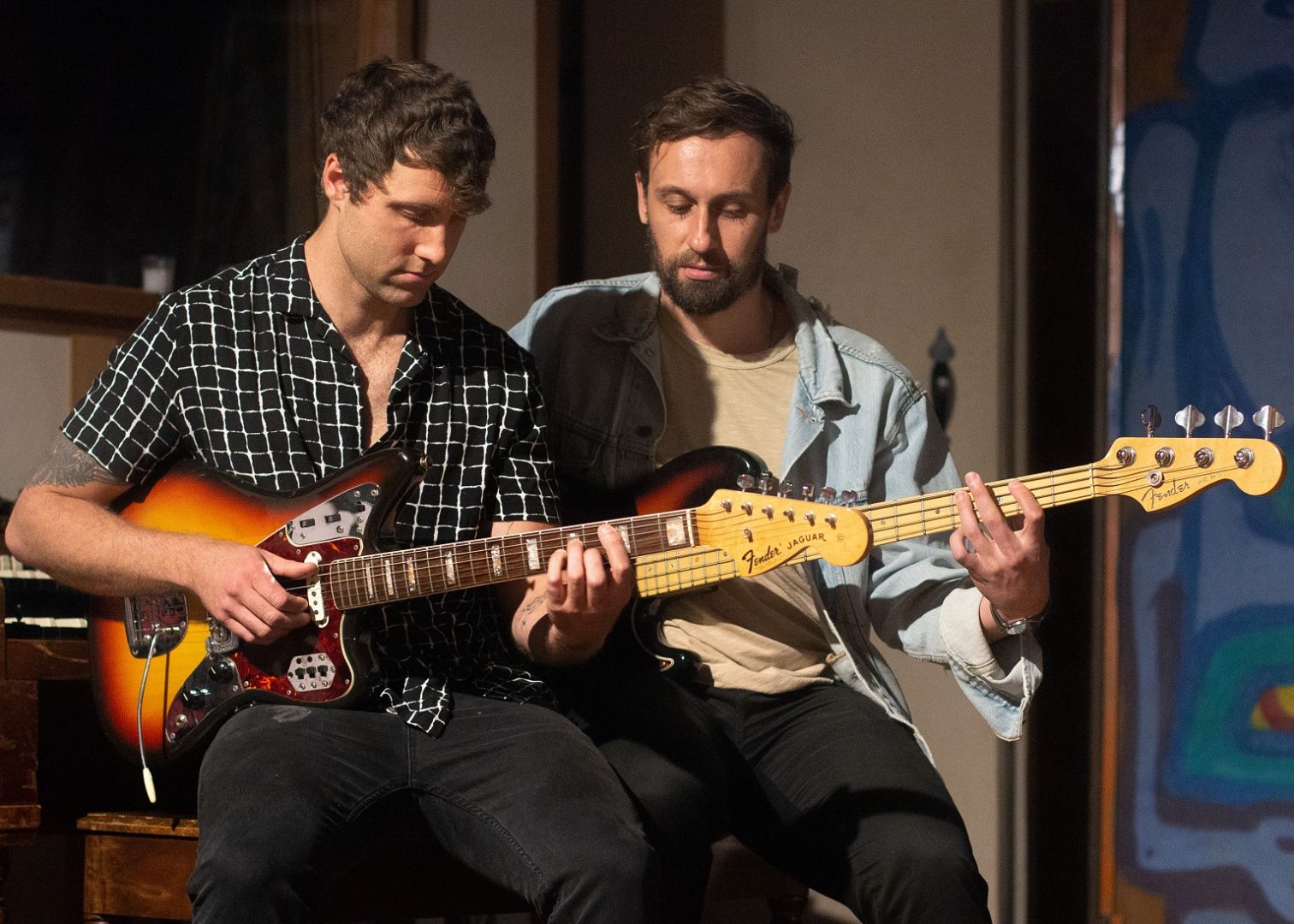 Can you open up a bit about your work and career? We’re big fans and we’d love for our community to learn more about your work.
Stewart: Our art is unique in its own right because of our blend of influences. Blake and I both grew up at the beach and I feel like we’ve always had a Southern California vibe to our music, which has been home to so many important styles from surf rock, to psychedelic rock, and the folk stuff in the 60’s all the way to the SoCal punk bands and beyond. We’ve got a blend of all of those and more so it feels good to be creating something original but you can still hear our influences for sure. We got to where we are today though trial and error though. I’ve been in quite a few musical projects and have written countless songs that never amounted to anything but when Blake and I started working together on the new EP the vision really started coming together. I feel that we are both finally at a place in our band and in our songwriting that we have music that we’re both really proud of.

One thing the world should know about us is that both Blake and I have had our struggles with addiction, drugs, depression, anxiety and all that goes along with that, and we’ve come out the other side to tell the tale. I’ve been clean and sober 9 years now and can honestly say I’m grateful to be alive. I’ve been homeless, jobless, and hopeless before and a lot of the lyrics for the band definitely reflect some of that. Maybe not everyone has gone through the same things I did but I think everyone can relate to some of that hurt, pain, and loneliness. I’m happy I am finally at the point where I can share some of those stories through these songs.

Blake: I’ve had this picture in my head of what our music is and if you think it applies then you let us know: A little brown ball of heroin in a dirty Jolly Ranchers wrapper found on the sidewalk in Venice beach. A sun soaked little disaster wrapped in sugar, dirt, and sand.

If you had a friend visiting you, what are some of the local spots you’d want to take them around to?
Blake: I don’t want to give away all my favorite spots! But it would probably involve street tacos and Jumbos Clown Room. Definitely have to make a trip to KTown for Soot Bull Jeep, Oui Melrose for Katchupuri, and Proof Bakery in Atwater for literally everything on the menu. Cafecito Organico for some morning coffees and a peek into Old Style Guitar Shop. Maybe trek over to Future Music and all the stuff on York/Fig. A trip to Long Beach is probably on the itinerary as well so we can hit Fingerprints and some of the spots on 4th street (I’m looking at you Little Coyote). So yeah, lots of eating, drinking, and music shops lol.

Stewart: First off, we would kick off the visit by hitting the beach down in Manhattan Beach. After soaking in the sun for a few hours, we would catch a bike ride up the coast of Palos Verdes. We would swing by Silver Lake in the evening time and see if we could catch a show at one of the local spots such as The Echo, El Cid, or The Satellite (RIP).

The next couple days we would head down to Venice Beach and hang out on the boardwalk and eat at some awesome local restaurants throughout Santa Monica and the surrounding area. We would also have to take a day off and go watch a Dodgers or Lakers game. We’re a couple of local guys, so we always have to go out and support the home team. Over the next couple days we would bounce around between Pasadena and Highland Park area and bowl a few games at the Highland Park Bowl. We’d also snack on some of the delicious Neapolitan pizza they have cooking there. 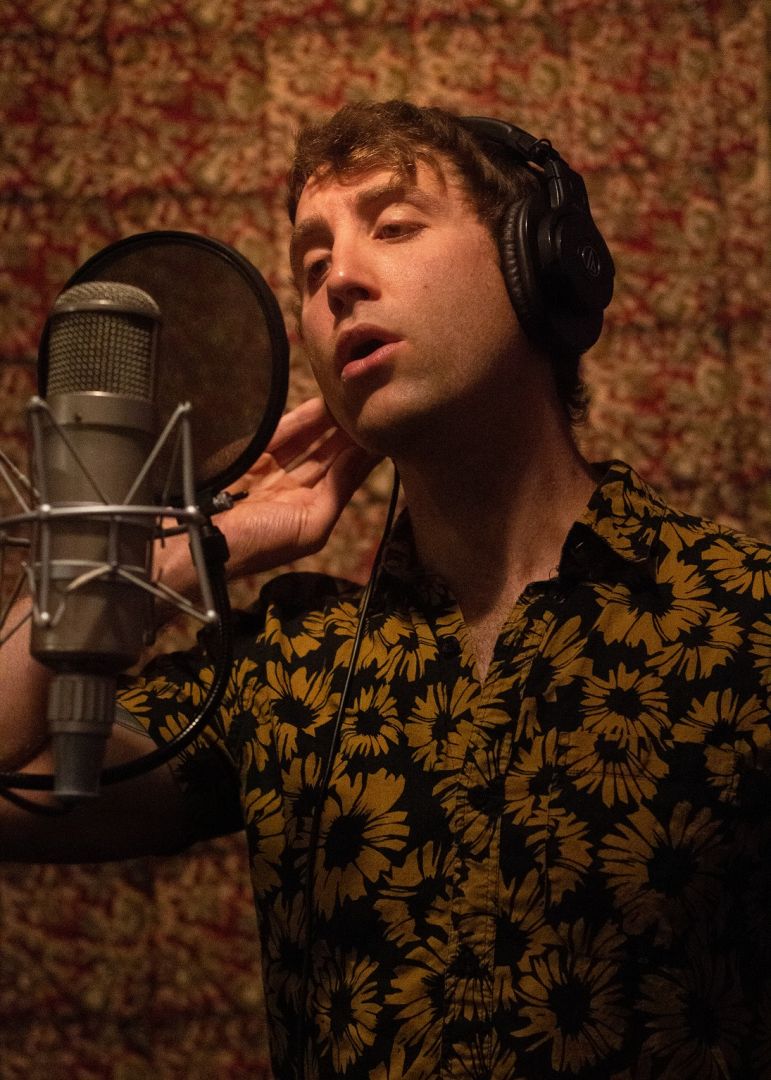 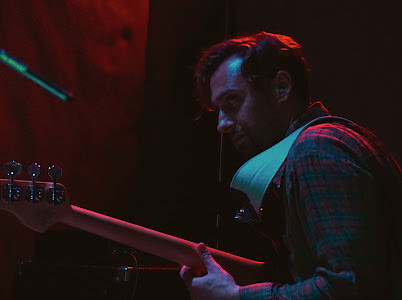 Who else deserves some credit and recognition?
Blake: Haha, I absolutely have to shout out my family but especially my Mom and Dad. For one, thanks for having great taste in music guys. Seriously, you’ve done me a great service. But also, they’ve generally been really supportive of my creative endeavors and while there have been some rocky moments, I’ve always felt like they’ve had my back. Other than that, to all of my teachers, of music or otherwise, you have my sincerest gratitude.

Stewart: One person I need to shout out is my fiancé, Madison. Ever since the beginning she has always supported me throughout all of my creative endeavors. Whether it was pressing my first CDs at her dad’s print shop, or taking control of Hand Drawn Maps’ merch booth, she has always had my back. Secondly I’d like to give a shoutout to the people who helped Blake and I on our musical journey. To our good friend George Mitchell who rents us a spot at his practice studio and to Steve Ornest who’s currently producing our album, thank you for helping us to hone our creativity and transcend the limits of our own potential.