We had the good fortune of connecting with Bob Celli and we’ve shared our conversation below.

Hi Bob, what do you attribute your success to?
To say that this business is difficult and challenging, while being the most exhilarating and gratifying would be an understatement. I also think success is relative and that the term success means different things to different people. I have always been lucky to have people around me whom I respect and am humbled that they continue to support my ventures. I am also fortunate to have support and honesty from these people which keeps me striving to be better. I would like to think that any success I have had stems from the fact that my bottom line is “treat people the way you want to be treated”. Give and take, be open to suggestion, build trust, and push each other to be better. It’s not a competition, it’s about the project. The only one you should be in competition with is yourself, to make yourself better. 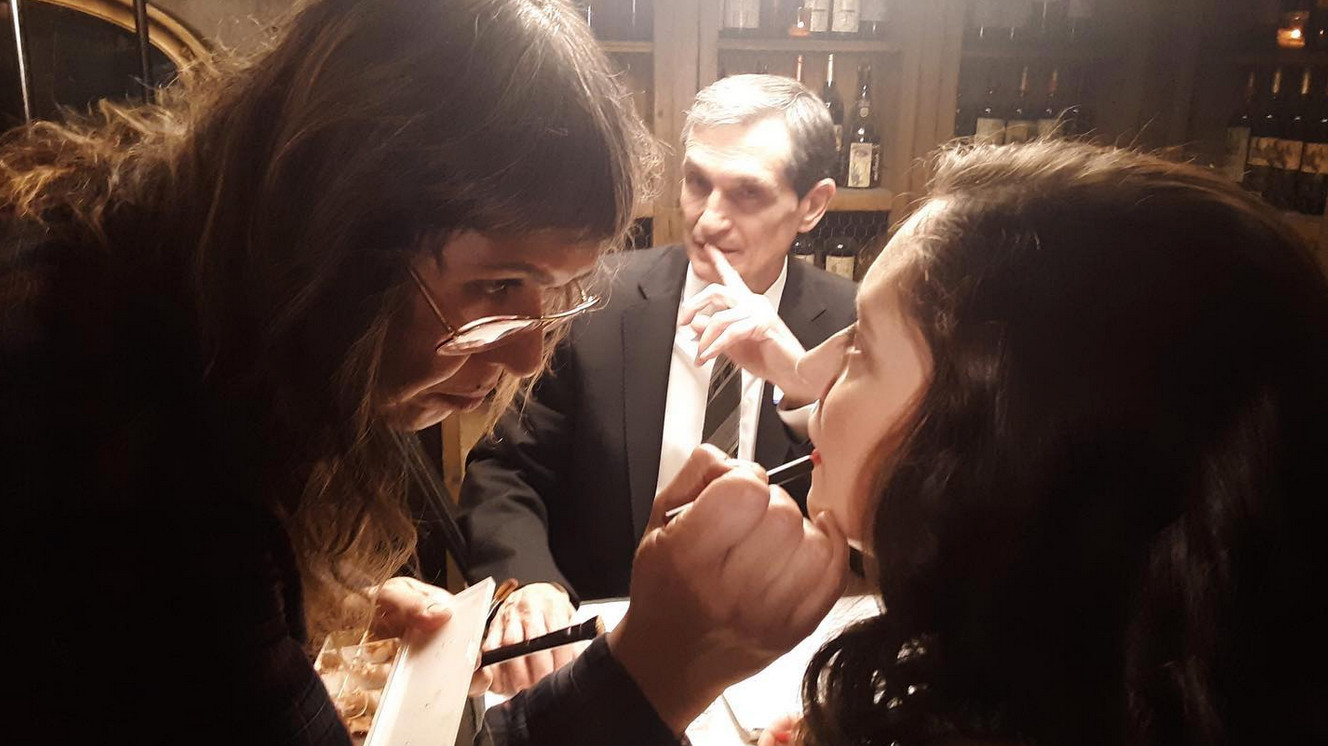 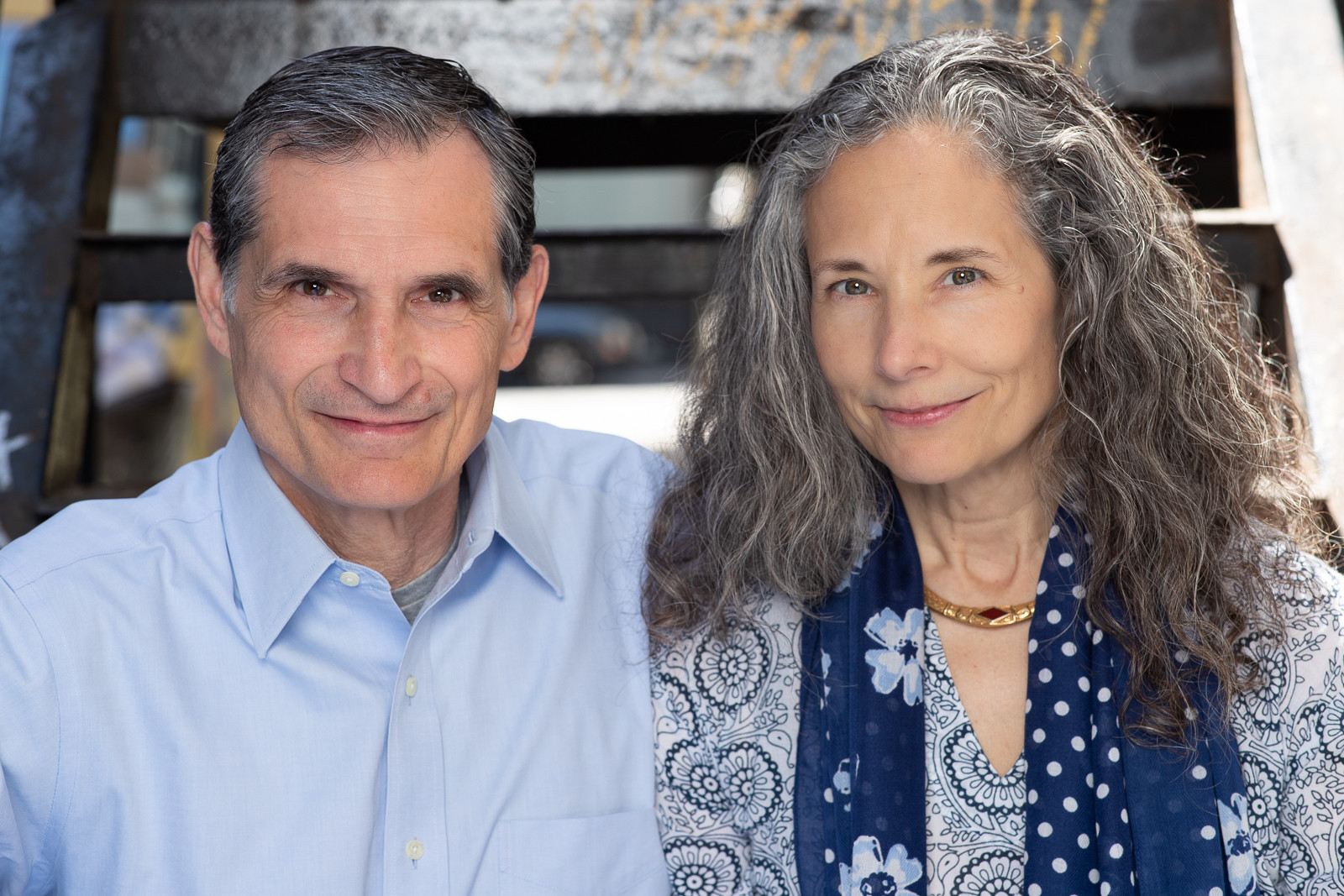 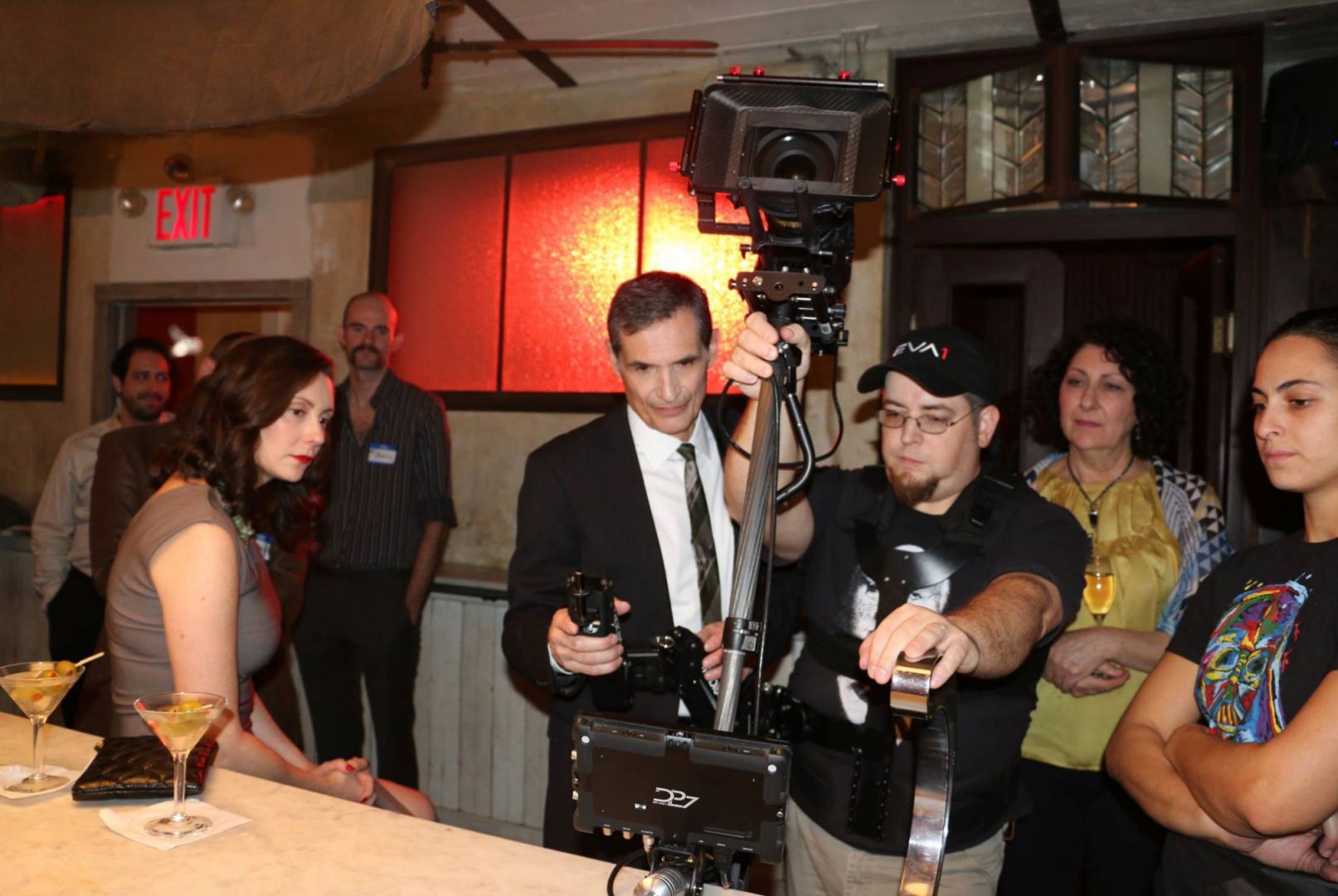 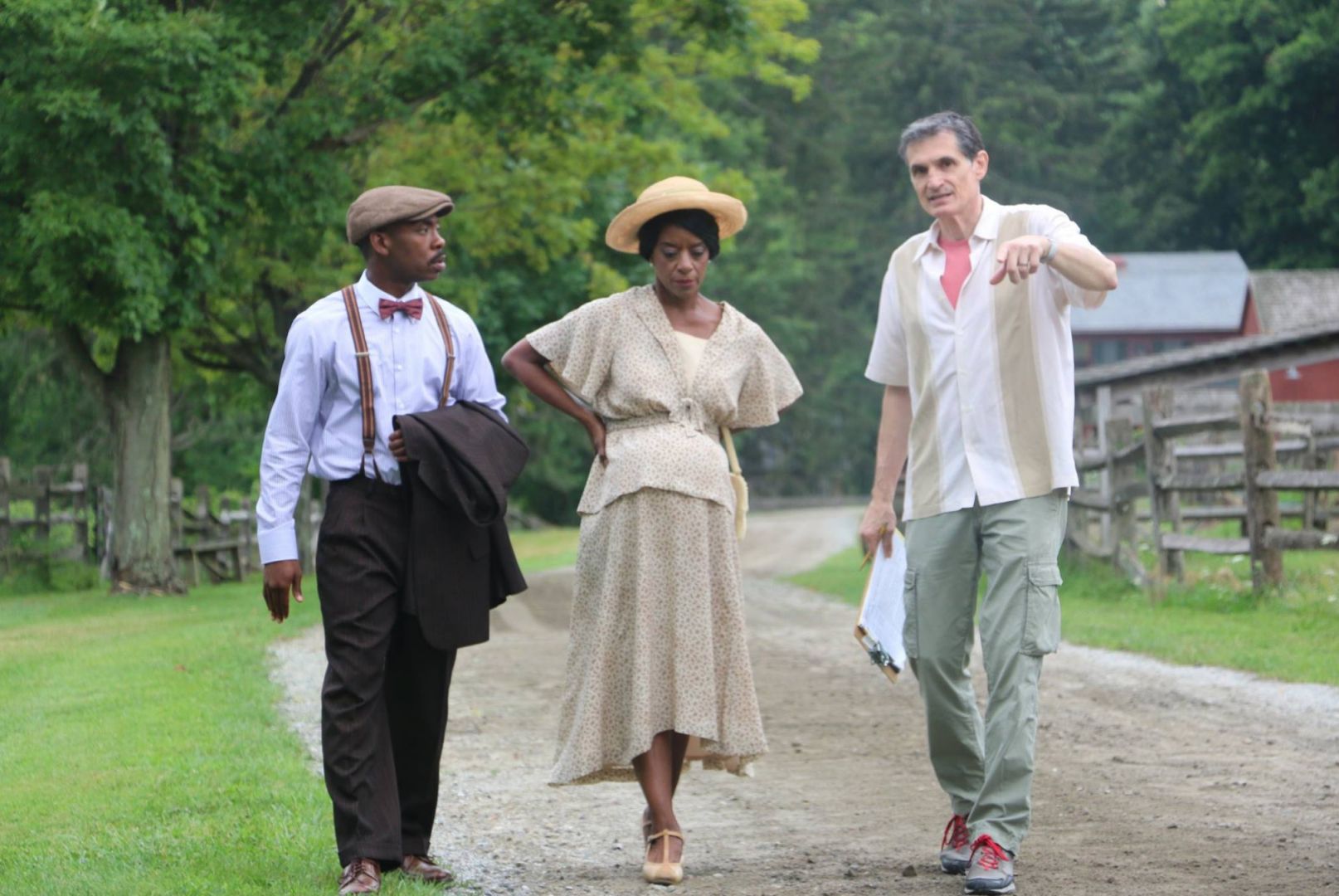 Let’s talk shop? Tell us more about your career, what can you share with our community?
As partner in DelanoCelli Productions, one of the helpful lessons I have learned is the value prepping and laying the ground work such as touring locations multiple times, taking photos, and playing with possible shooting angles. This gives me a much clearer handle on exactly what and where I want to shoot once I get to set. It’s my attempt to square away all the preparation before filming, and that includes having Plans A through Z for every location. That way if an issue appears on set, which will invariably happen, I have a better handle on how it can be addressed and dealt with. I also have the extra luxury of being able to hand off the producing reins to my partner, Laura Delano, once we start production so I am able to concentrate on the directing or acting.

As a director, the most important thing I can do is to hire the right person for the role. It truly makes the process much easier. Once you have the right actors in the roles, it becomes a matter of shaping the performances to support the story you want to tell. Sometimes, that means going against your first choice. Case in point, Thaddeus Daniels was not my first choice for Frank in Brooklyn In July. He was slated to play Frank’s father. We were preparing a crowdfunding platform and Thaddeus signed on to help film a short teaser portraying Frank. While cutting the footage together, my only thought was I would be insane not to cast him as Frank. We were on the same page from day one about what was needed to bring the character and story to life and tell it as sincerely as possible. Now, I cannot imagine Brooklyn In July without Thaddeus. He is the heart and soul of the film.

Each film has its challenges, for sure. But off the top of my head I would say that Figs For Italo presented a few Everests. Finding a pre WWII train we could shoot on, working with thirty plus extras to create the truthful atmosphere needed for the bombardment scene, getting cast and crew out to California (standing in for Italy) on a shoestring budget, and finding Italian speaking actors so they could speak in the close to extinct dialect of my mother’s home town.

Being in the creative world is and can be incredibly rewarding, but I wouldn’t say that it’s easy. Being an independent filmmaker, you are in a field where everyone is more than eager to judge you and tell you what you what’s wrong with your work. I have learned overtime that you will never make everyone happy, so don’t try. Stay grounded and true to yourself. Keep learning, be honest with yourself, and always listen to your gut, it’s always right. So, to that end I feel it is important to tell the stories I want to tell the way I want to tell them, to the best of my ability. They will find an audience and they will resonate.

I feel it is important that we as creatives continue to make films that dig into the issues many would like to ignore. I also feel it imperative to relate the histories, stories, and legacies that continue to influence current events.
Often a film, a painting, a piece of music, or a play can open people’s minds in a way a debate or news clips cannot.

I want the audience to come in, take a journey, and to maybe have their hearts opened and to feel something…love, loss, laughter, pride. I also hope the film stays with them. It has always been my test of a good film, does it stay with me after I leave the theater?

Any places to eat or things to do that you can share with our readers? If they have a friend visiting town, what are some spots they could take them to?
Wow. Tough question. NYC has so many things going on it’s hard to narrow down the choices. The arts and culture here are some of the best in the world, so the museum options are plentiful.

I would suggest we take advantage of the outdoor spaces that are so prevalent throughout the city. Maybe a walk on the High Line, an elevated linear park, greenway, and rail trail created on a former New York Central Railroad spur.

One of the newest green spaces that is a must see is Little Island, a new, free public park pier that is part of the larger Hudson River Park. It provides visitors a unique green space to New York City in another way.

For live music we could head down to the City Winery. It’s a great venue for music, comedy, and great food and drink. Or, we could head over to Dizzy’s Club at the Time Warner Center for a night of jazz and dinning in a intimate space.

Then there is Central Park. It is another one of those spaces that can make you forget you are in NYC. The park is a great place to take breaks between sight seeing and lovely place to plan what to do next. But, while there we may want to catch the latest production at the Delacourt Theater and Shakespeare in the Park.

For the culinary side of the city, the list is huge, but I would say a visit to Chelsea Market and or Eataly are a unique experience.
If your looking to combine all the above, then the Queens Night Market is a must. Food from around the world, art, crafts, and live music.
A great way to see the city from a different vantage point is taking the Staten Island Ferry. It is free and wonderful. Also the NYC Ferry system is a great way to get around and it costs the same as the subway and buses.
And last but not least, a classic, a walk across the Brooklyn Bridge with a visit to the Brooklyn Heights promenade and the new riverfront parks in Brooklyn. 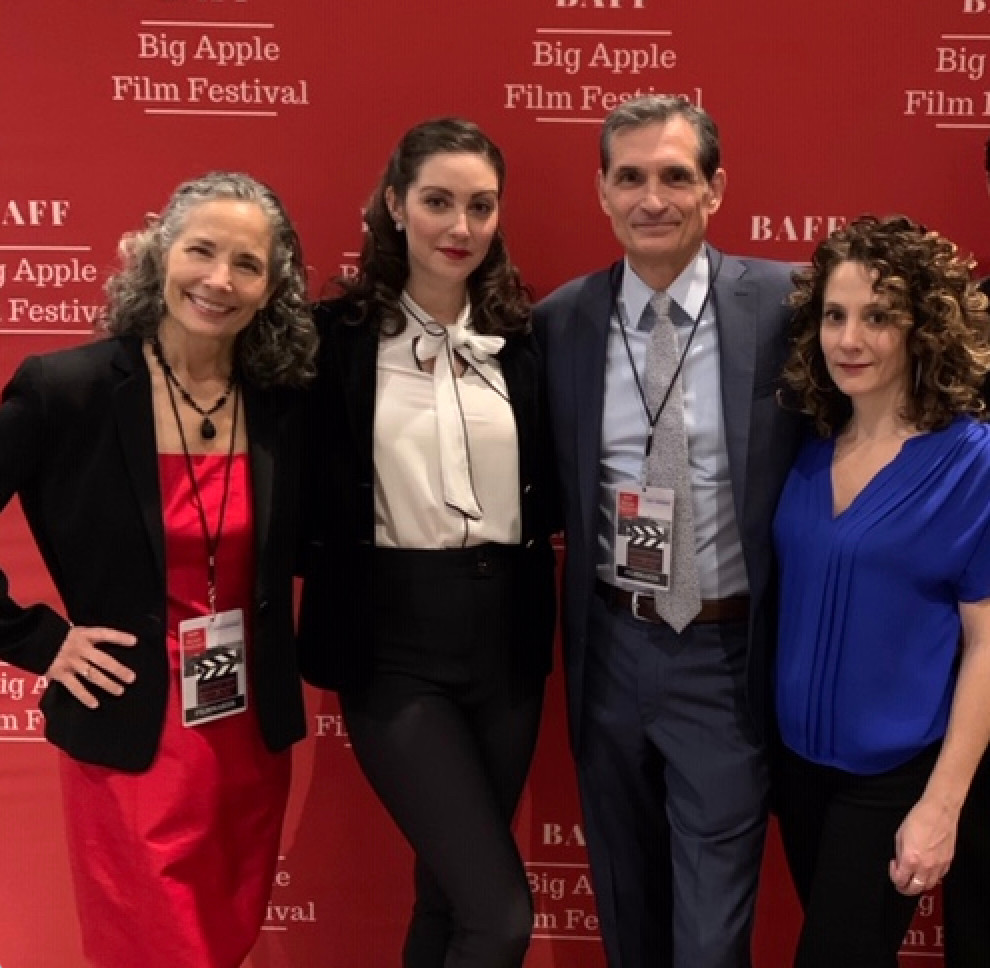 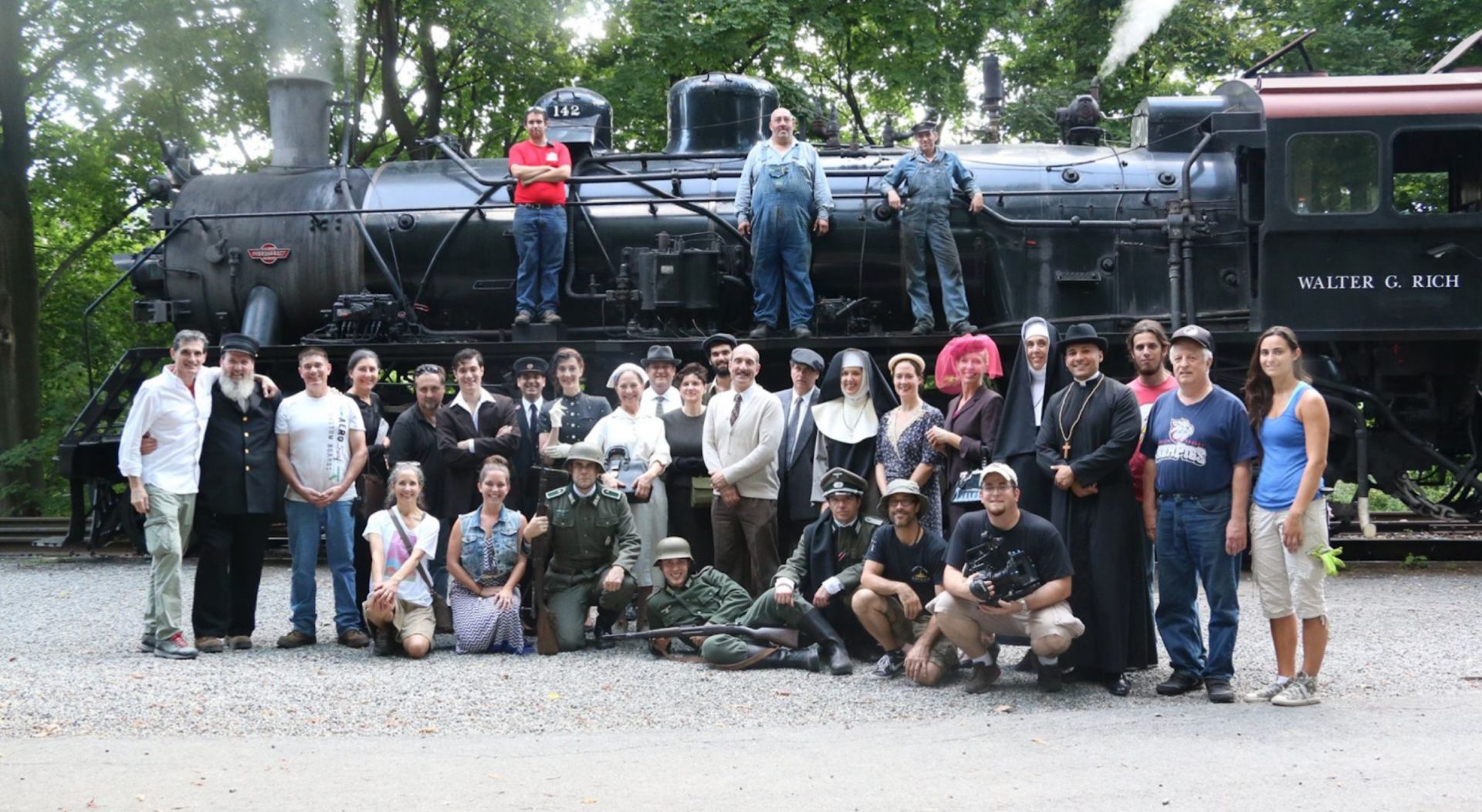 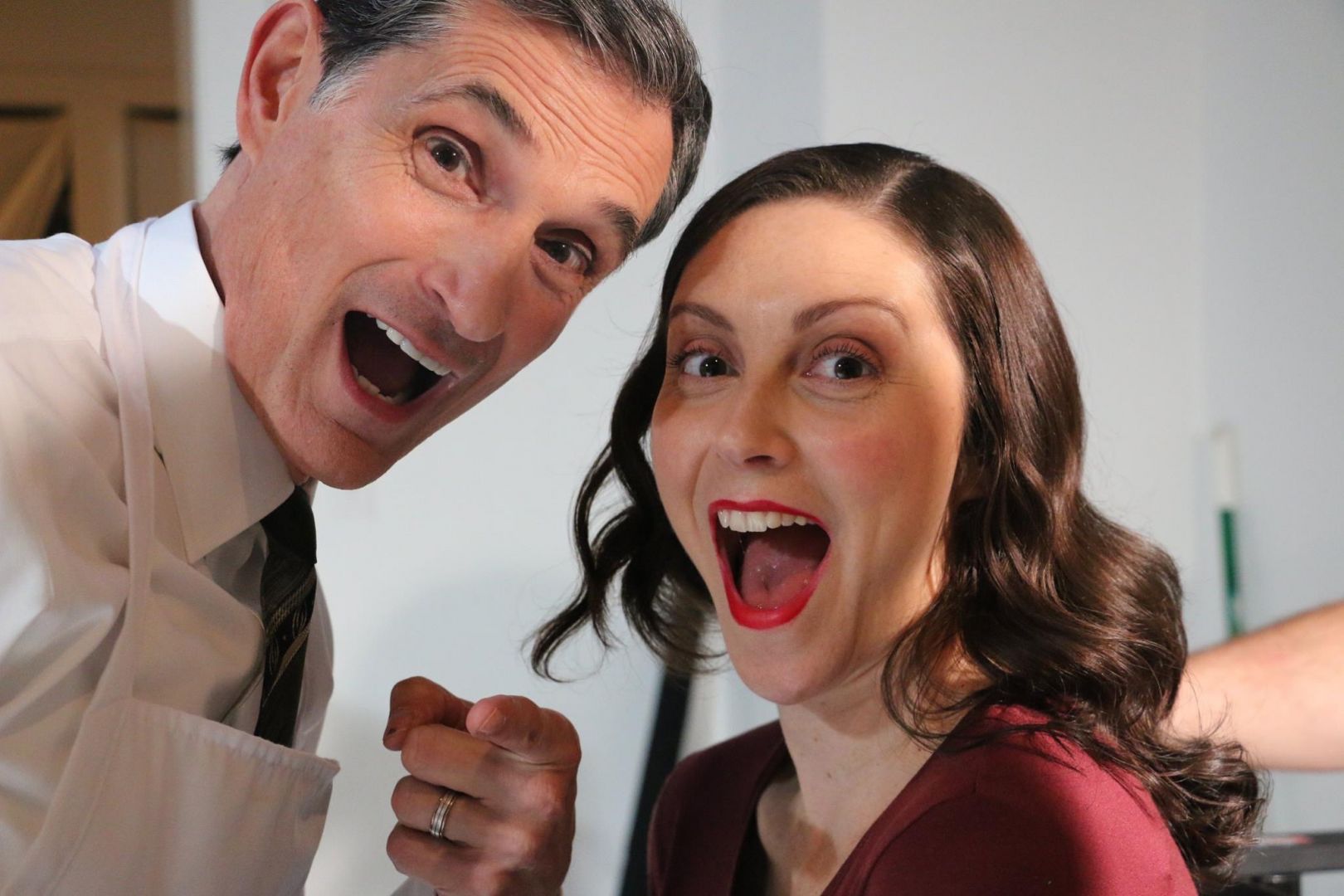 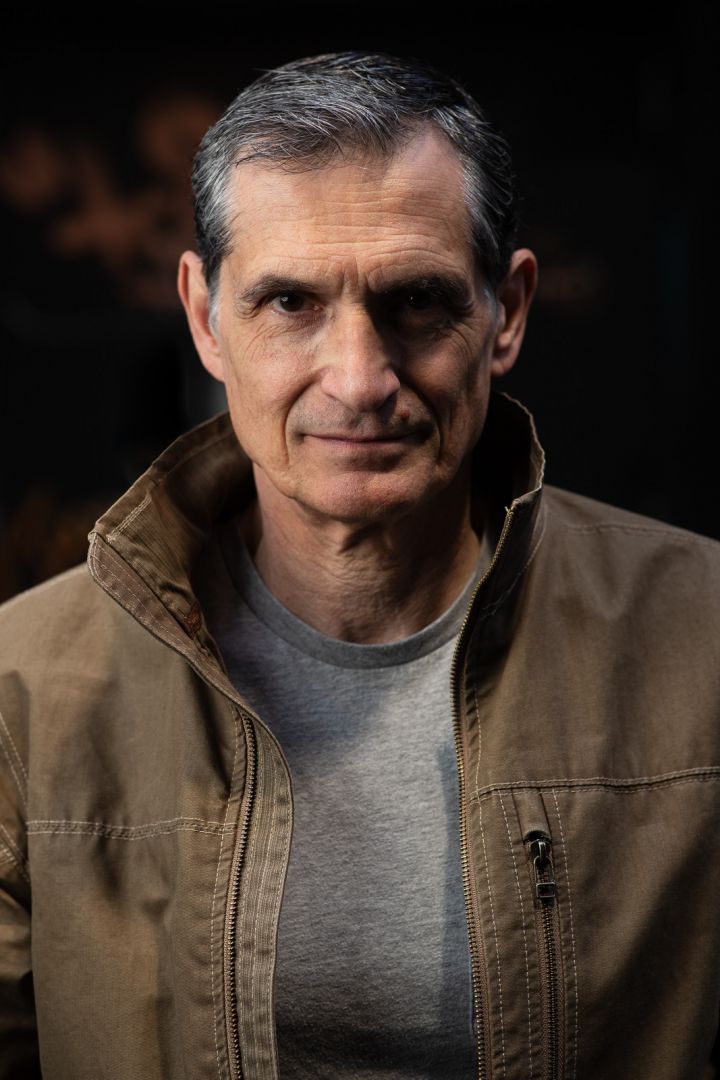 Shoutout is all about shouting out others who you feel deserve additional recognition and exposure. Who would you like to shoutout?
There are so many people I can put into these categories but the list begins with Laura Delano, my wife and producing partner. We met as actors in a stage production in (insert inaudible year) and we decided that we no longer wanted to be part of shows that we were particularly not happy with, just for the sake of being in a show. Thus, DelanoCelli Productions was born. We embarked on producing our own shows and either took the blame if they were bad and shared the credit with everyone when they were good. Because, in all honesty, it takes a village to succeed. Laura has been there every step of the way, both supportive and bluntly honest when need be. Laura is that person that is tireless in her efforts, support, love, and encouragement.

In 1999 I moved to LA for a few years and while there I wrote, directed, acted in, and produced my first short film on 35mm, Going Home, along with friend and associate, Patrick Hillan, and Jouve´ Productions. I enlisted Laura to help. Thus, DelanoCelli Productions entered the world of film.

I moved back to NYC and DelanoCelli Productions co-produced, along with JMTC, the original production of the award winning play, “Circle”, by Suzanne Bachner, whose belief and support of my projects has been overwhelming.

At the urging and with the help of friend, actor, and collaborator Thaddeus Daniels, DelanoCelli Productions also developed and produced the original production of the play “Down Range”, by Jeffrey Skinner. This collaboration is the inspiration for a feature length script, Amira, which I recently completed and hope to bring to life.

With the advent of digital technology, I made the full time jump to film in 2014. Since then I have written and directed three short films, Figs for Italo, Brooklyn in July, and The Keeper. The latter in which I was also an actor. There are so many people to thank here that time will not allow. Suffice it to say that none of this could have happened without the generous support of a number of Co-Producers, Associate Producers, Donors, and DelanoCelli Production’s fiscal sponsor, Beth Davis in Good Company.
Thank you as well to all my incredible casts and crews, with a big shout out to my DP on all three films, Ken Kotwoski, and his fantastic team. Without all these people, I would not be where I am.

Over the past seven years I have been inspired by creative friends new and old whose work and commitment have inspired me to want to push myself to be better. To name just a few filmmakers/directors Jeremiah Kipp, Layon Gray, Whitney Hamilton, Elias Plagianos, and Gavin Michael Booth.