We had the good fortune of connecting with Braylen Brooks and we’ve shared our conversation below.

Hi Braylen, what habits do you feel play an important role in your life?

Consistency is the best policy to succeeding and maintaining and achieving your goals and dreams. You have to be able to step outside of yourself to adapt to environments you are unfamiliar with to accommodate the dream, I believe when you take risks for what you want what you want will do the same for you as everything is energy and energy is reciprocated based on how it is received so it has to match.

When I was once homeless I had to step outside of my physical surroundings (Mentally) and put myself where I am currently at which is traveling the world in luxury and having a great business. That process isn’t always a quick one but when you are consistent on feeding your soul what it needs to keep you afloat you will condition and strengthen yourself to do better and be better.

Which is why in every stage of our lives will experience some kind of hardships but we grow and learn from our mistakes and the journey teaches us how to cope with things when they don’t necessarily work out the way we intended them to.

I always trust that the process is a process and if I want to achieve something then I have to place myself in the mindset to tackle all the experiences that it comes with. 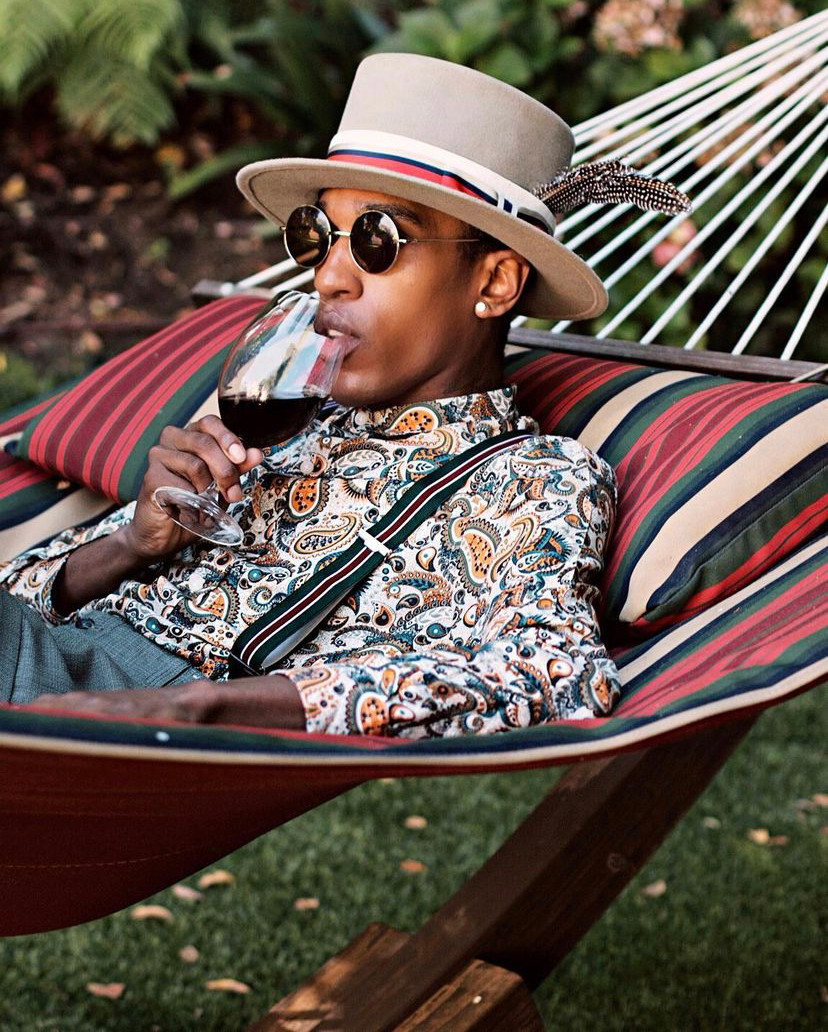 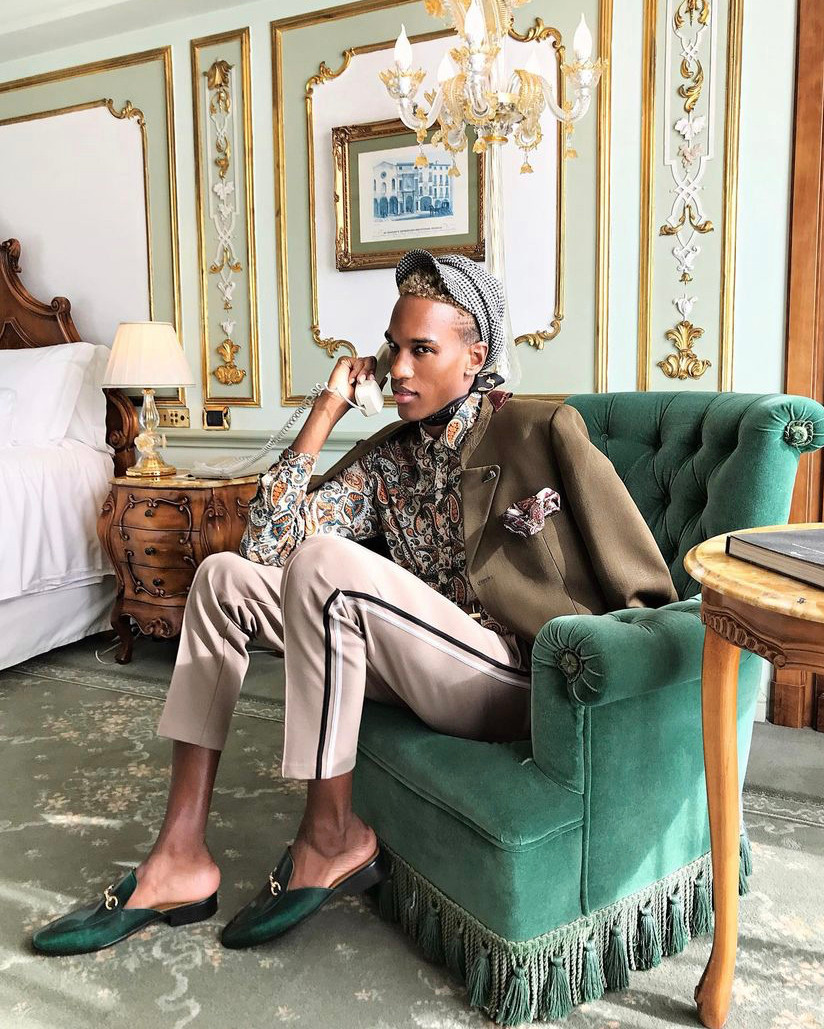 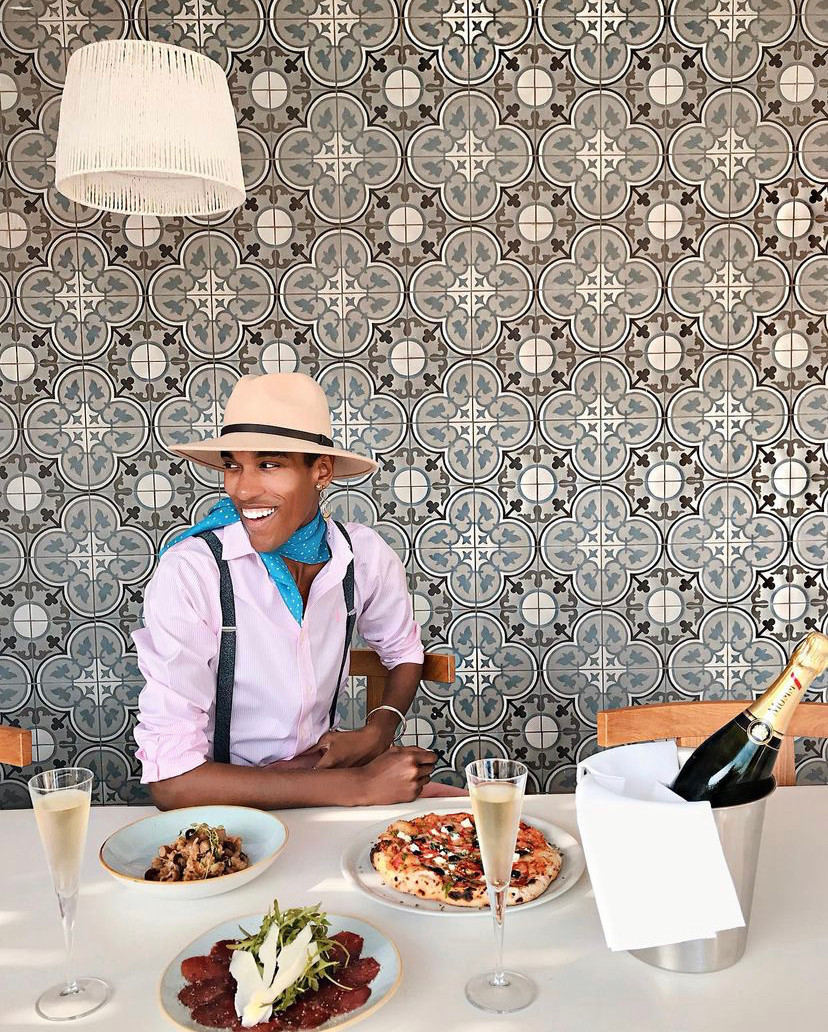 What should our readers know about your business?
I moved to California 10 years years ago, in August of 2010 to work for Smashbox Cosmetics. My main goal was to move to LA and get into television. After I moved to San Diego, I picked up a second job at Aldo. I was working there when this actress named Sheree Swanson​ walked in and complimented me, asking if I had ever thought about styling. I said ‘no’ and her response was, “Oh, well I work on pilots all the time in LA. If a designer on set ever needs an assistant or anything, I’ll definitely tell them about you and let you know.” So two months later, she called and said she was working on this pilot called Shared Spaces, which Miguel Núñez was producing. So I met the wardrobe stylist on that set and we became really close. She actually had properties in LA, and I told her I really wanted to move to LA, so she said, “I’ll lease you out while you’re here.” Back in San Diego, I was going through a really hard time, I was homeless, going from pillow to post, just trying to figure out what I was going to do. So when I got to LA, I just kind of hit the ground running professionally, but personally, it didn’t last. I was really notorious in my group of friends for crashing Hollywood Red Carpet events. Any event, you name it, Golden Globes, Grammy’s, Oscar parties. I think it really worked for me because I was completely oblivious to knowing who anyone was, so I wasn’t intimidated. At the same time as that was happening, I was living on Skid Row, where I lived for about a year. There was a huge contrast in my life—I was living on Skid Row, in a facility, and at the same time, crashing these lavish Red Carpet events.

I met Joanna, the founder of Scenester.TV, at an event that I crashed. I overheard her saying, “You know, I’d really like to interview the celebrities at this event, but I don’t have a host. We have the equipment, but no host.” This was at Madame Tussaud in Hollywood, and I just kind of leaned over and said, “I can interview them, it can’t be that hard.” She kind of looked me up and down and said “Okay, well let’s have you test on the wax figures first.” So we did that for like 15 minutes, and after that, I started to interview the celebrities that were there. Larry King, Nick Cannon, Soulja Boy, and Vanilla Ice were my first interviews. At the end of the night, she said, “Hey I want to start this Hollywood red carpet web series for the outlet, and I think you’d be fit for it, so I’ll call you in a couple of months.” So she did, and then we did the Golden Globes, and some other fun things like gifting suites for the Emmy’s and the Oscars.

I interviewed Janice Dickinson at this Emmy’s gifting suite at the end of 2013, and I told her, “You know, people come up to me all the time and tell me I should be a model. What should I do?” and she said, “Go to Paris, that’s what I did.” I looked at her like how could you even say that? But that resonated with me for about a year, and then in 2015 I moved to Paris—for a month. I signed with my first agency in Paris, and I ended up staying for about 6 months.

When I came back to the states, I lost my apartment. So I just started doing temporary jobs here and there, still doing the red carpet hosting, but I was still worried about this huge contrast in my life: I am at these high profile events but my personal life is in uproar. The reason I am an influencer now is because I started a style blog and brand that is 100% me. By popular demand from friends, and fans of Scenester.TV, I started a style blog on Instagram about two years ago. I was thinking about what to call it. I decided on The Real Life Mannequin because when I worked at Aldo, I would stand still and people would be like, “Oh my god you look like a mannequin! I thought you were a mannequin!” So I thought it was perfect, had a little history—it’s funny, and cute, you know? Oh, and just for the record, I’m not homeless anymore! For the past 3 years I have not been.

I think what makes my story so unique is that I’ve been denied so many times. I’ve been in LA for many years and I’ve been denied by every single modeling agency or creative agency that I’ve been to. I took matters into my own hands, I said, “You know what? If no one is going to give me the opportunity, I’ll give myself the opportunity.” I think my main purpose in what I do is to try and inspire, empower, and encourage people who share similar interests, who have been through trials and tribulations. Because people never used to know that I was homeless. I just recently posted that testimony on Facebook. But people look at me now and think, “Oh he’s spoiled, he’s got to be. Must be loaded, and his parents were probably rich.” People don’t understand that I’m working and pioneering my way through this industry that I have given myself to, and more than anything I really want to inspire and encourage people, beyond just showcasing myself on a luxury platform.

I realized that I have a good way of attracting affluent/influential people and I always wondered how could utilize my contacts to grow my network. then it hit me when I was in Russia randomly in May of 2018 that I would start a high end luxury bespoke travel agency. at the time I had already partnered up with quite a few luxury hotels around the world independently and I thought it would be great to create a travel agency being that I Segwayed in to luxury travel

I set on the Idea for about 2 years and I finally launched it during covid in September of last year and I am so glad I did. I contacted all the hotels that I collaborated with over the years and asked if they would like to give me an offer that no one else has to make my platform more exclusive and better than any other travel agency and they agreed.

Let’s say your best friend was visiting the area and you wanted to show them the best time ever. Where would you take them? Give us a little itinerary – say it was a week long trip, where would you eat, drink, visit, hang out, etc.
I would start at the sunny roof top at catch LA then we would go to Terranea Resort in Palos Verdes for a few days to get some spa days in. play days in OC and Play days in Malibu! I love exploring and trying different restaurants so the itinerary would be based around food good music and a nice vibe. 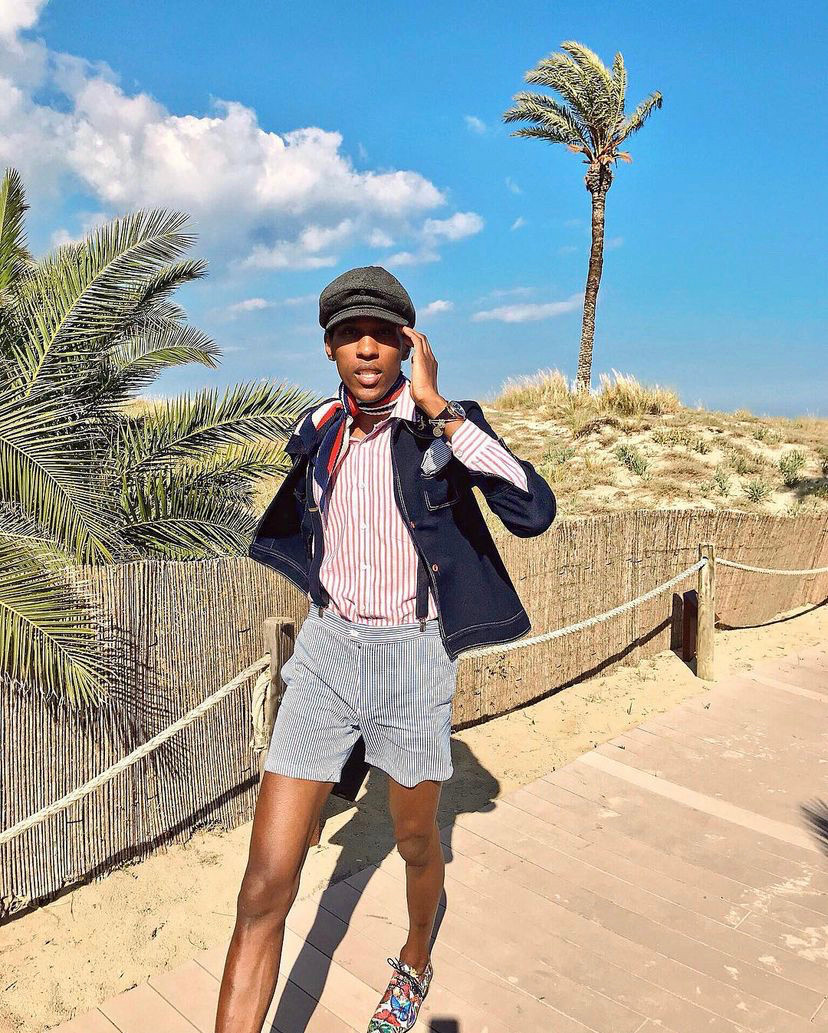 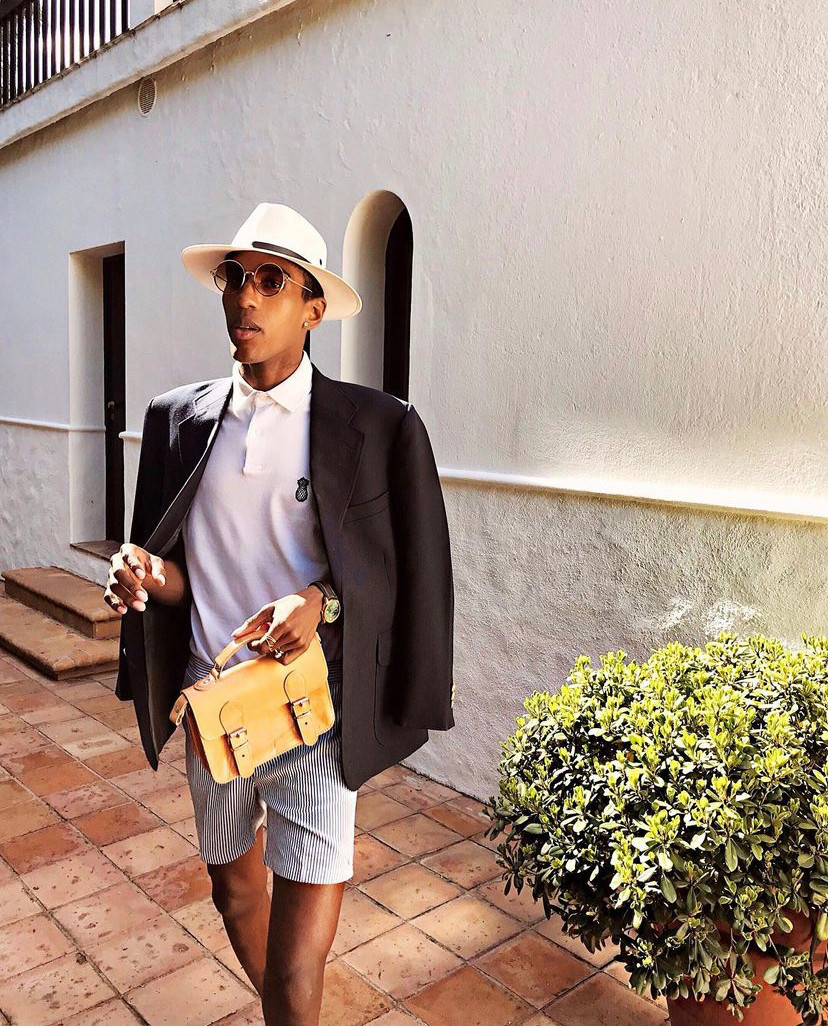 Shoutout is all about shouting out others who you feel deserve additional recognition and exposure. Who would you like to shoutout?
I would like to shout out my mother for teaching me early on as a kid that if it was something in this world that I wanted to achieve that I must go and get it and not make any excuses for it.

She instilled in me that opportunities are endless and that I am more than deserving and I think as a child parents teaching their children that all things are possible are good early practices.

I have the mindset that I can accomplish anything and I truly believe that came from dinner table (at home) the foundation a strong foundation was set and I thank my mother for that.