We had the good fortune of connecting with Corina Seas and we’ve shared our conversation below.

Hi Corina, is there something you can share with us that those outside of the industry might not be aware of?
I think many people are unaware of how cutt-throat the industry can be if you don’t have the proper team behind you. I think people think they just need to release content but don’t focus on the quality of the content, the quality of the message, or the marketing behind pushing the message. It’s been something that’s been very hard for me to learn, and understanding how to market myself and believe in myself when my back was against the wall is something I think people should prepare more for. I don’t think people understand just how long you have to be your only advocate sometimes and how painful that process can be. So I think really building your self-esteem and your skill sets is the most important thing to be doing, way more important than trying to write the coolest song in the moment. It’s a longevity game so you need to make sure your foundation is strong because the business side of things can really get you if you let it. 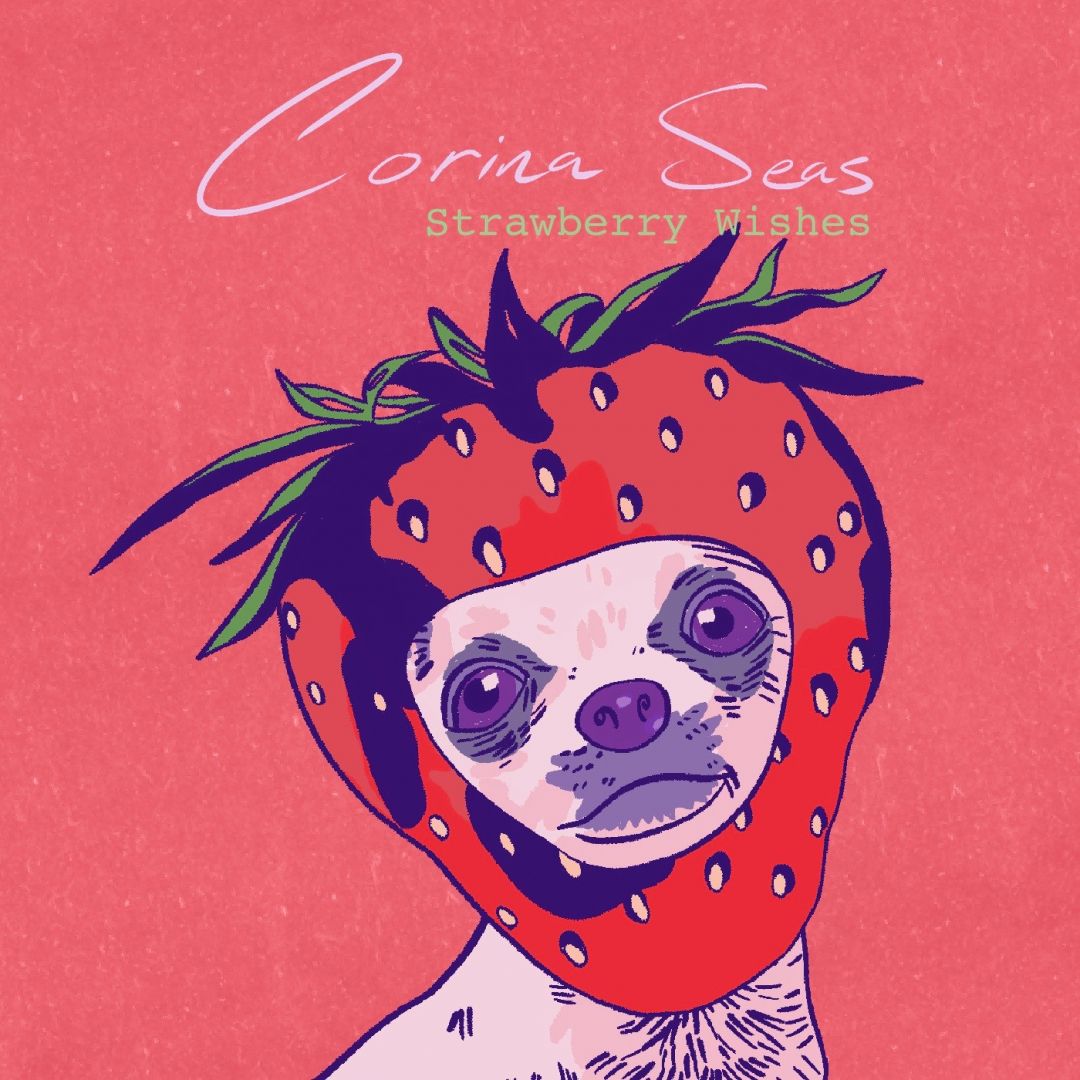 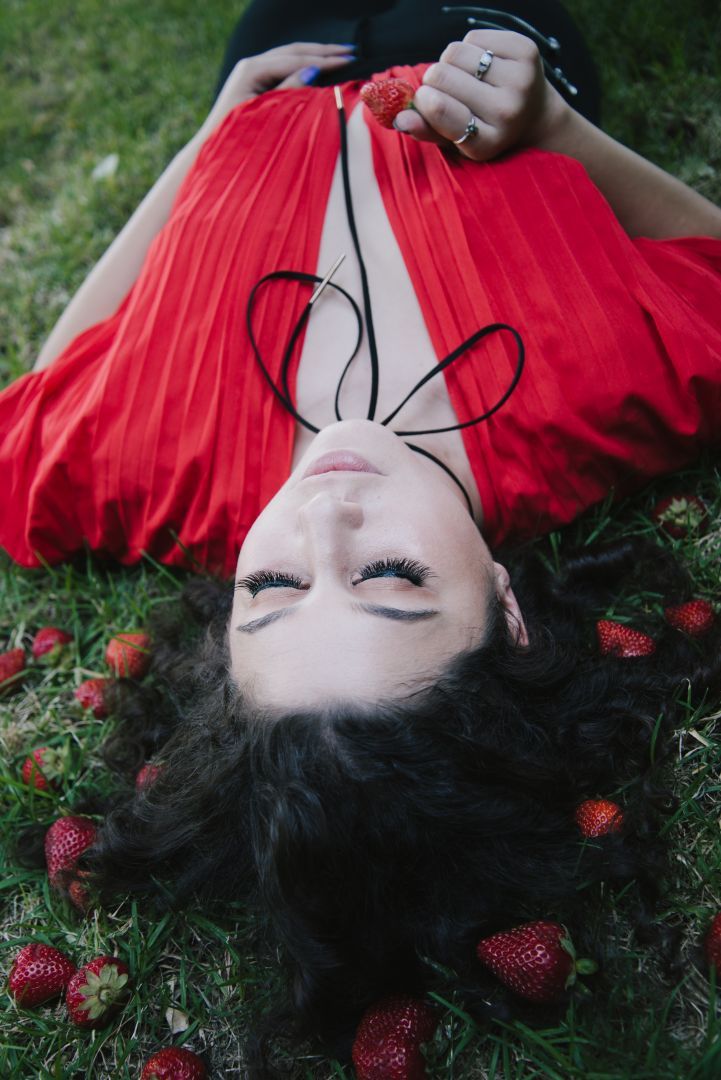 Alright, so let’s move onto what keeps you busy professionally?
I started my journey through music as soon as I could make noises. I’ve always been a singer but I’ve always been an avid writer as well. I used to write all the time, on toilet paper, napkins, anything I could find to write my newest idea down. From there, I went to college and I was basically just a singer and a poet, but I was not yet really a songwriter. I got into freestyle rapping and that helped finalize my ability to actually write a proper song. I entered rap battles and really honed in on my lyrical prowess and then I began branching out of hip-hop and R&B and began making electro-pop music once I moved from Florida to Los Angeles. The move to LA was very hard. I knew no one, had no connections, and it was my first time being away from everyone I knew, and it was my first experience as an adult straight out of college, so it was rough trying to make ends meet, dealing with my autoimmune disorder and losing my hair, and just trying to find genuine connections in a harsh city. I’d say all in all the journey has been wrought with tribulations but I’ve also had a hell of a time. I’ve gotten to turn my apartment into a spaceship for a music video, I’ve gotten to sing internationally, and I’ve developed connections that are helping me create a steady financial stream for my music. What I’ve learned along the way is still developing. My mother always taught me to be humble, and that’s made me a better writer, but it’s also hurt me as far as making a name for myself. This isn’t a humble person’s game, the industry, so it’s taken a lot for me to learn to be boisterous and braggadocious about my talents. I still haven’t found the balance, but I have found that it’s important to meet as any people as you can and work with as many people as you can. That’s helped me tremendously as well as learning to believe in myself and keep pushing through when results weren’t happening. Sometimes a record flops, and learning to roll with that instead of letting it make you quit is invaluable. You need tough skin for this game so creating that tough skin was really hard, but now I feel like no one can ever bring me down again. As far as what sets me apart and what I want people to know about me, I’m brutally honest and I work really hard to bring interesting fresh melodies and I’ve worked especially hard to create my own voice. I think a lot of singers get away with imitating other singers, but I don’t think that’s particularly useful in an artist. I think an artist’s job is to be genuine and expressive, so my music is all about keeping that idea alive. I’m also an avid improviser so a lot of my stuff tends to be freestyle or written very quickly, so it’s important to me that my audience knows that when they hear my music, they’re hearing my soul, they’re not hearing someone else’s ideas of me. I’m not just a singer, I don’t sing other people’s stuff, I am a writer and that distinction is one that I don’t think a lot of people realize. Everything I release, I’m fully a part of, from the production, to directing the videos, producing the videos, doing all the marketing myself, Corina Seas is pretty much me pushing everything by myself and building it from scratch. I don’t have anything against anyone who just sings, it’s a beautiful art in and of itself, but I do wish more people understood that I’m a writer and a creator above anything else. Lastly, I’m releasing a hip-hop/ R&B single in mid-october called Strawberry Wishes. I worked with a Ukrainian Animator (Shouts to Mariia Bordiuh) and we have a pretty cool animated video that will be promoted along with the single. If you’re into that vibe of music and want some music to relax or smoke to, I highly suggest you give it a listen and I hope you enjoy! 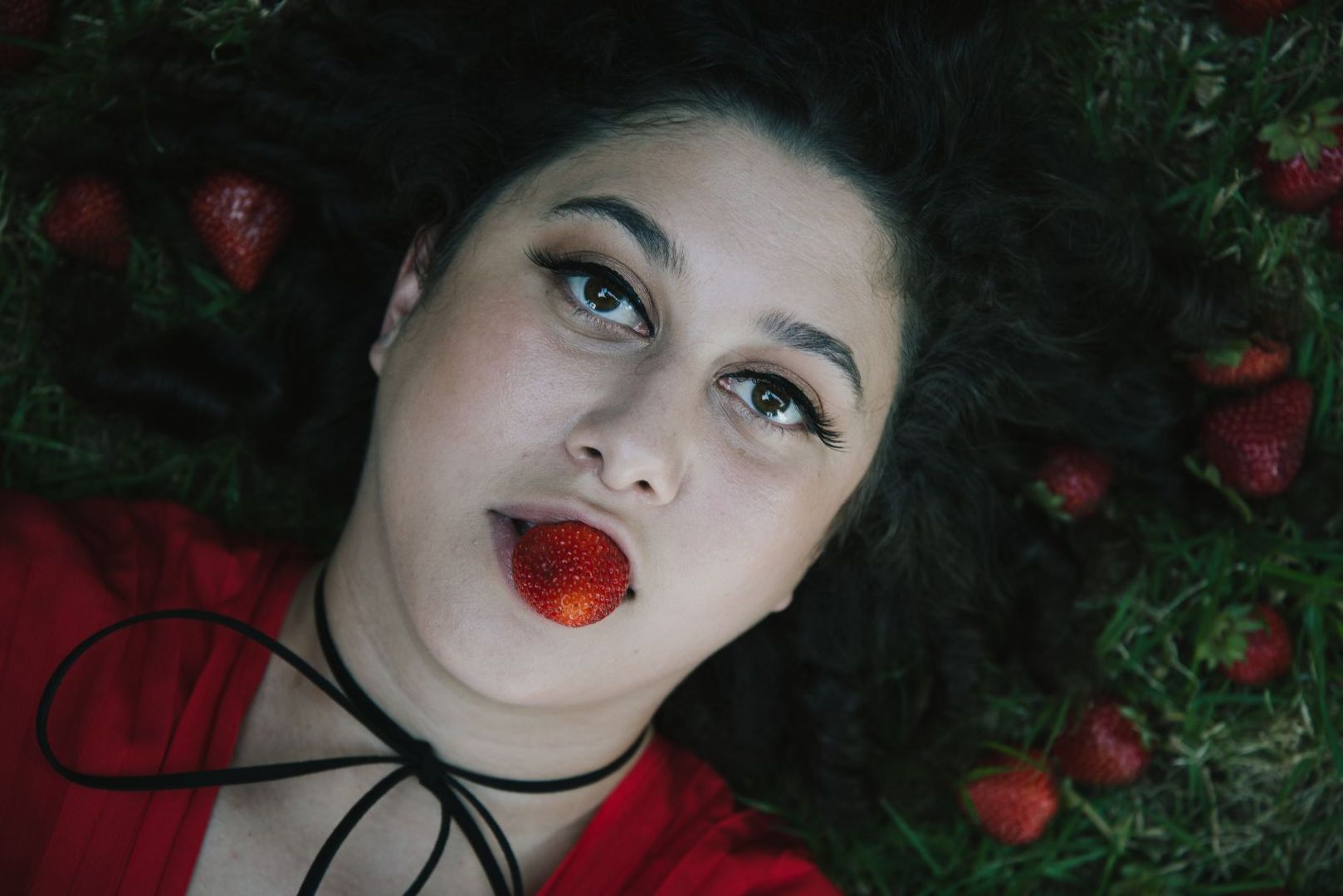 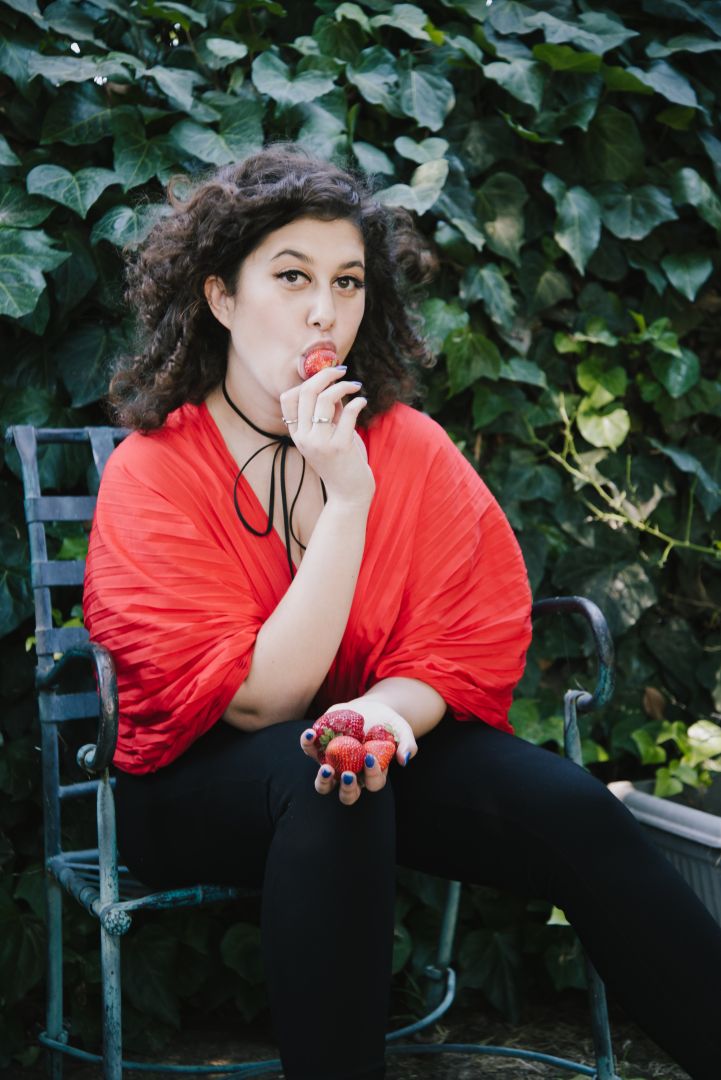 Any places to eat or things to do that you can share with our readers? If they have a friend visiting town, what are some spots they could take them to?
My favorite spots in the city are in the different music studios around town so shouts to Oogie Boogie and BedRock. I also love Echo Park Lake, and think Spicy BBQ in Hollywood is the dankest thai town around. There’s a pupuseria on the corner of Virgil Ave and Marathon and I highly suggest you check it out! Laguna Beach is crazy beautiful, Matador Beach is sick, and hiking or biking the Angeles forest is a must. 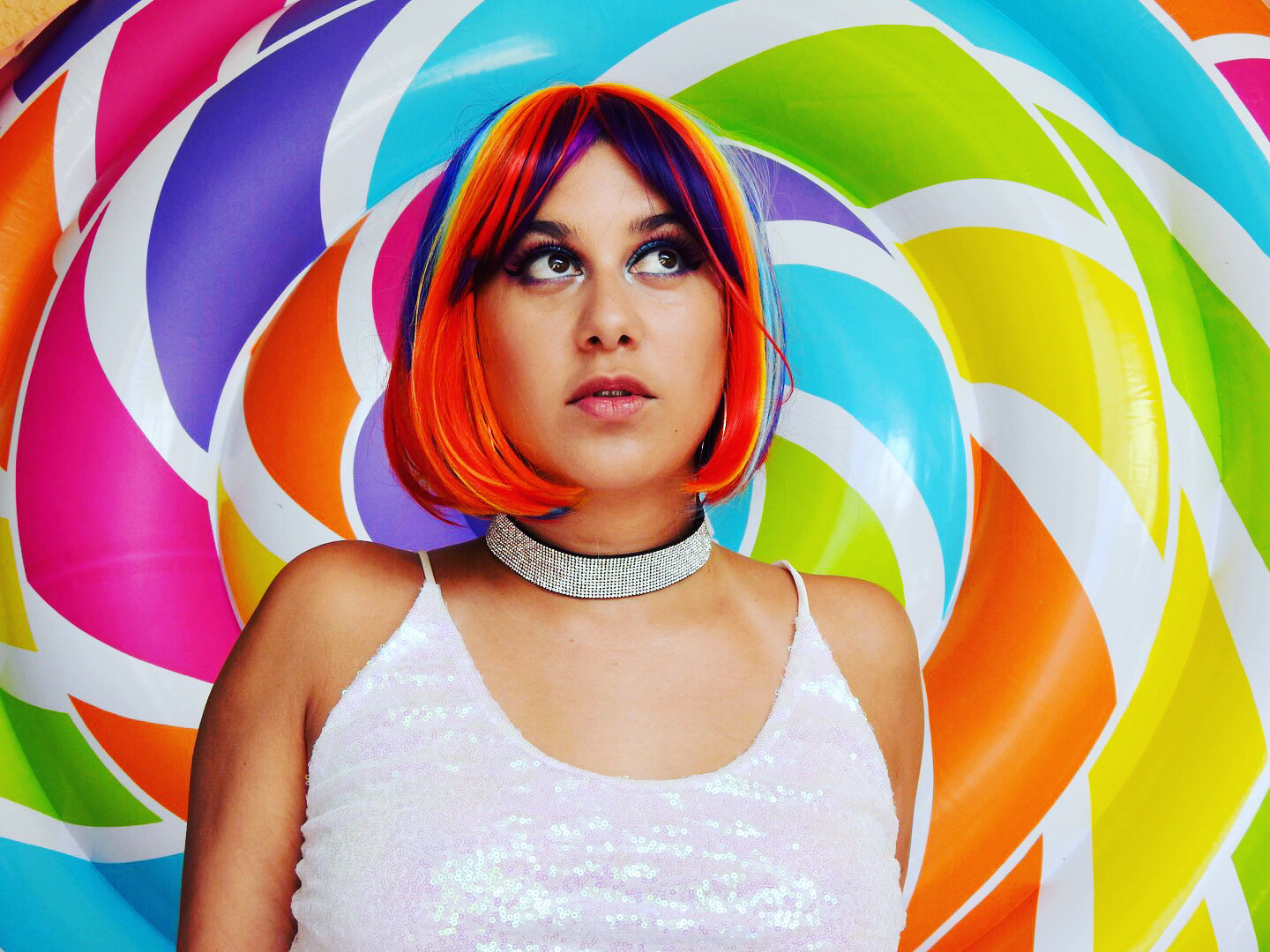 Who else deserves some credit and recognition?
I want to give a shoutout to my band and all the friends that have been pushing me along throughout the years. I have a really solid group of music buddies that I’m able to play music with regularly and that I’m able to bounce ideas off. Without my band, I’d feel completely stressed out and I would feel very bored performing solo so it’s great that I’ve been able to have Luis and Sean specifically, standing by my side for so many years. I wouldn’t be where I am without my friends, my family, and my bandmates.