We had the good fortune of connecting with Cyrus Soliman and we’ve shared our conversation below.

Hi Cyrus, what role has risk played in your life or career?
I’m all about the risks baby. I think that you have to give to receive, for some people that’s money, other’s it’s time, and for me that’s safety. Being born and raised in the Bay Area it seemed like I was on the fast track to have a career in Silicon Valley, but big tech couldn’t be any less appealing to me. I needed to do something that pretty much everyone told me not to do, which was pursue acting. After years of hearing it wasn’t stable or safe, I’d decided I had enough of everyone killing my vibe and I peaced out to acting school. Shoutout to NYU Tisch. I really had no plans after that though. In my mind I just needed to learn as much as I could from some pros and then wing it. I’ve been winging it ever since and let me tell you, it’s not stable and it’s not safe. After I graduated, I had a few full time jobs and tried to do acting on the side, but it was too difficult to balance the two. I decided to try doing odd jobs instead while pursing acting full time, and while I am happier, I truly don’t know what lies ahead of me. I take it day by day. 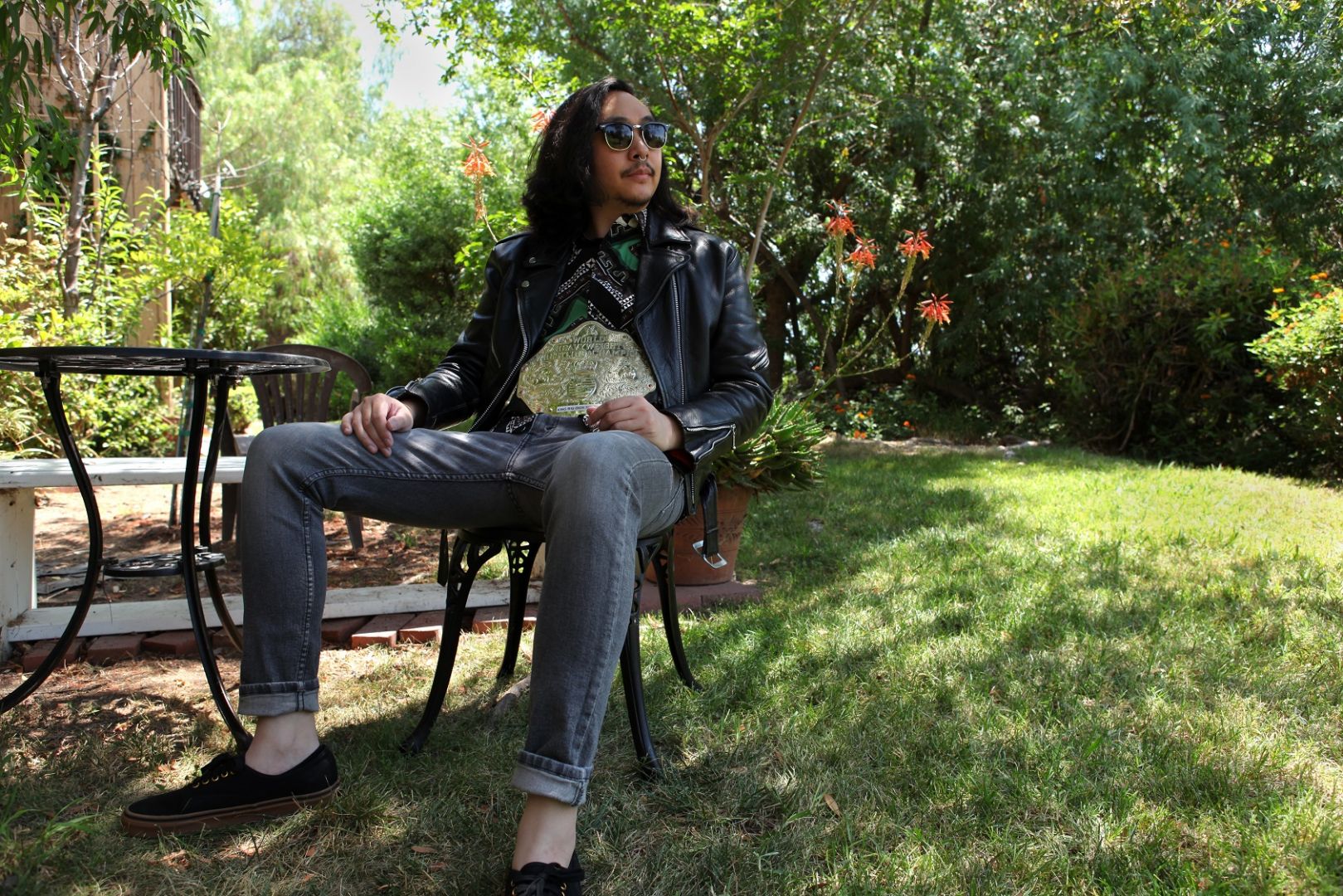 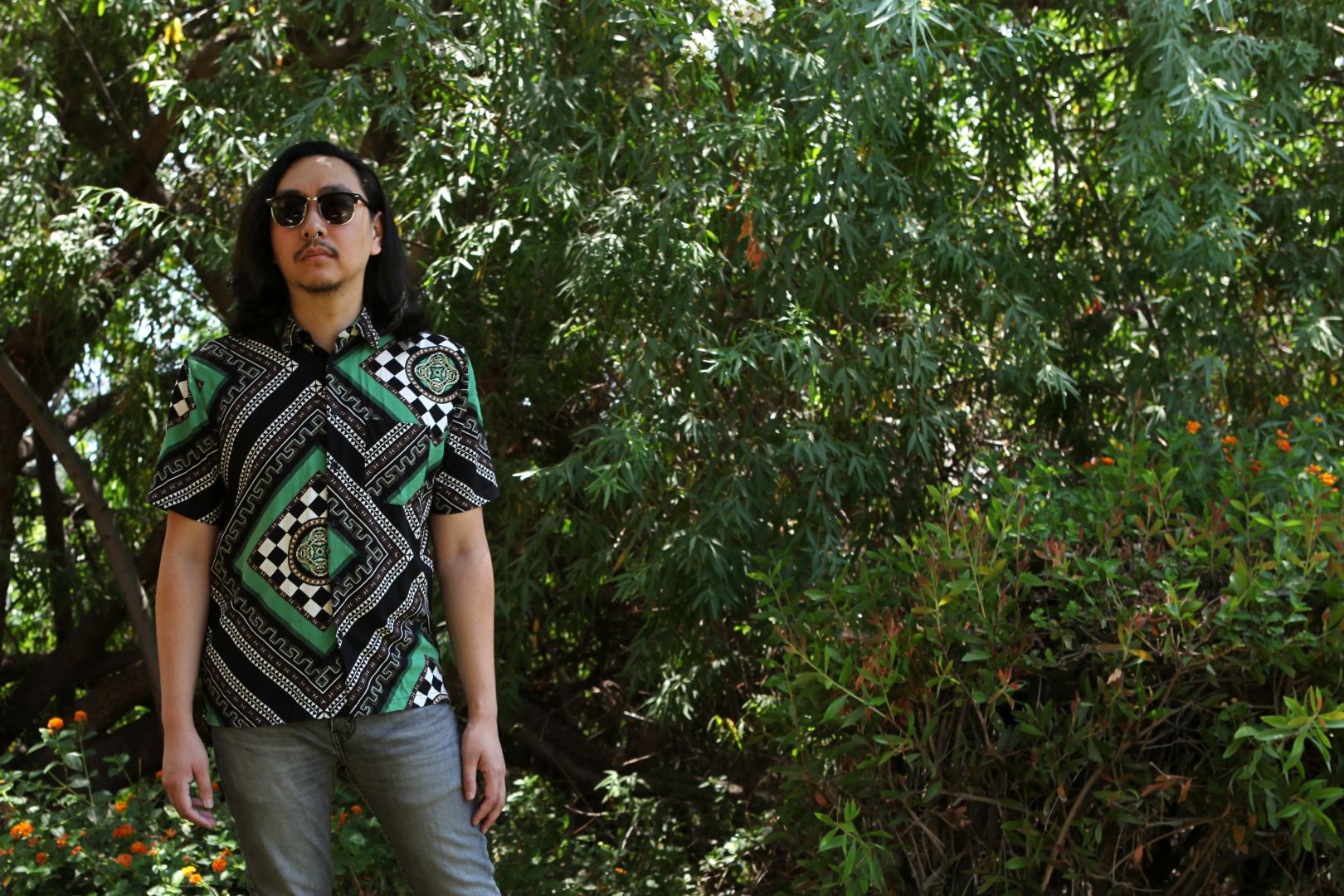 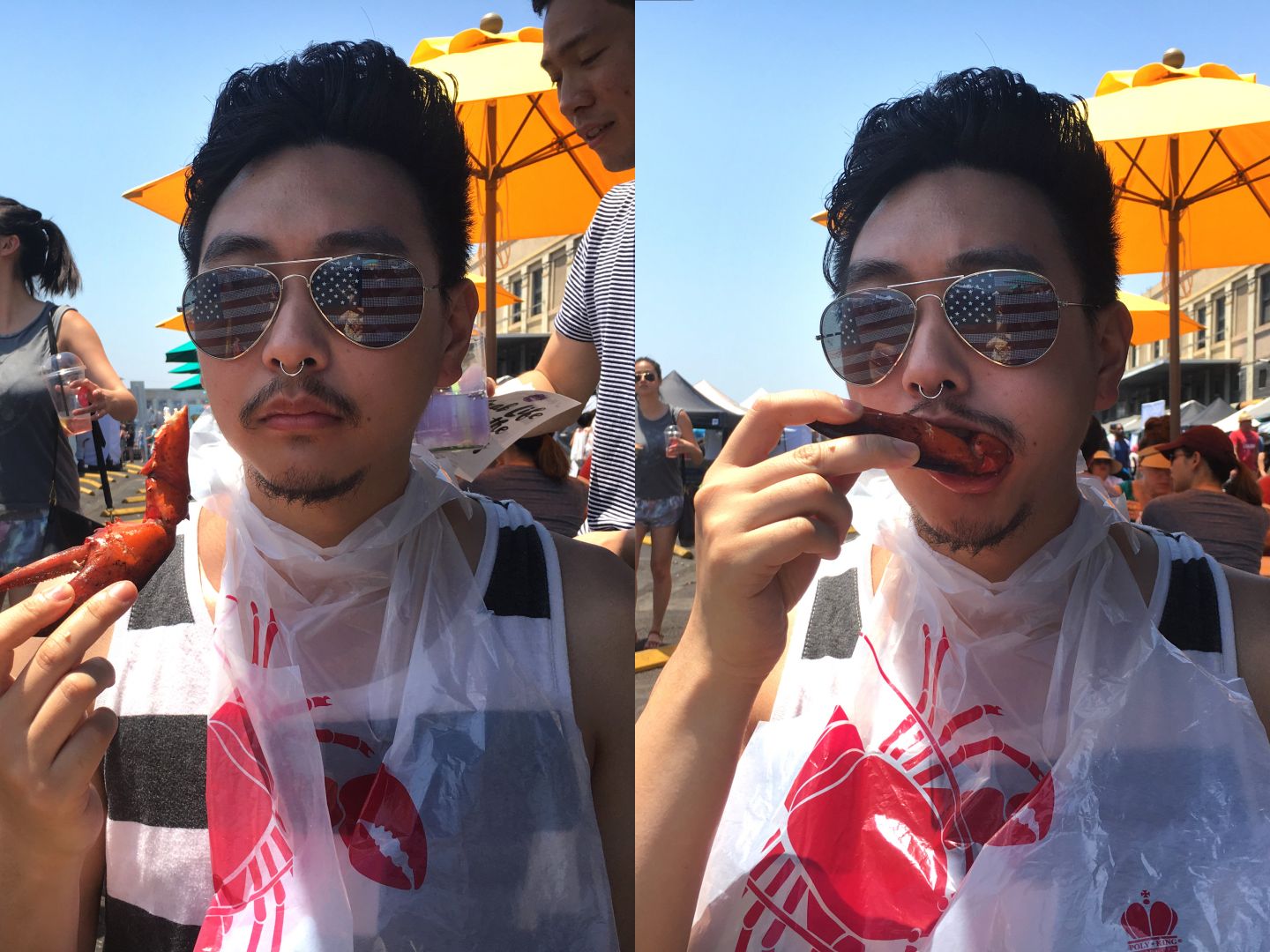 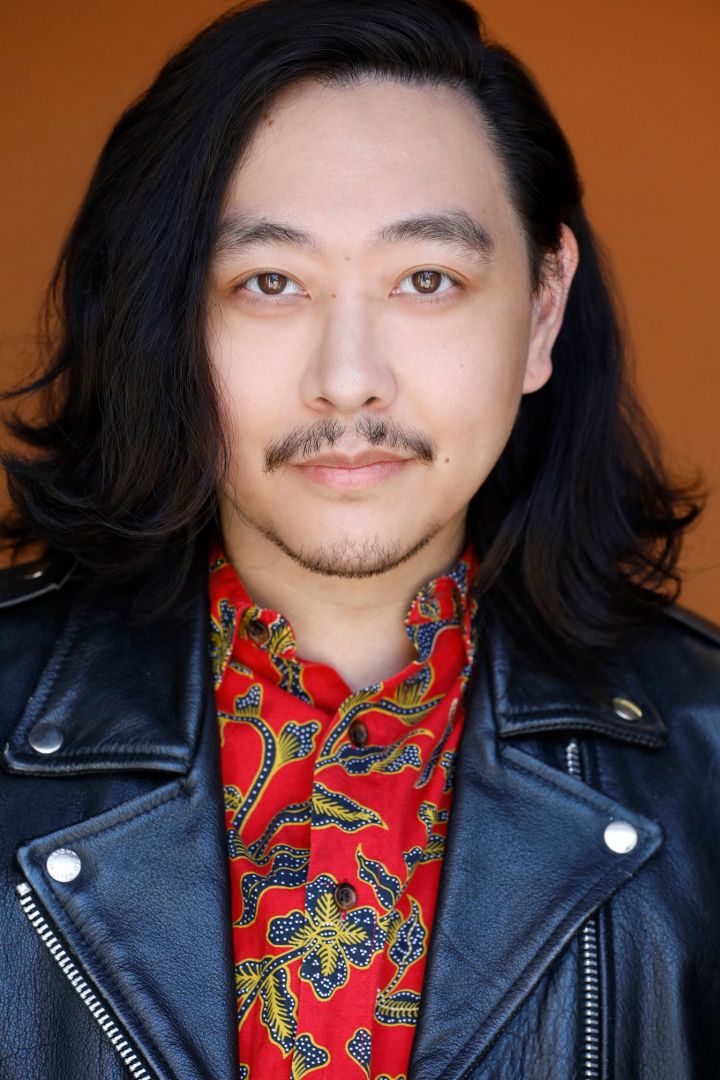 Let’s talk shop? Tell us more about your career, what can you share with our community?
As all actors do, I have many challenges I’ve needed to face. Some can be overcome, like rejection or complacency, others are more complicated. For me rejection comes in phases, it seems like I have periods of booking lots of gigs and then long stretches of getting nothing at all. I’ve found that when it comes to rejection, I shifted my mindset to enjoy the process of auditioning and to leave it alone after that rather than focus on the end goal of booking the job. I don’t even remember the projects I audition for anymore, so if I get a call that I booked something, it comes as an absolute surprise to me. “Booked what now? What tremendous and unexpected gift!” I say to myself.

Another struggle is complacency. Since I am in charge of my own schedule as a full time actor, when the lulls hit it becomes very easy to be complacent. My solution to that is staying fascinated. Being fascinated in anything and everything, it doesn’t have to be just your art. I have the opinion that the culture of being entrenched in your art and your art alone actually makes you a very boring artist. I believe that interesting people make interesting artists, so be interested in a lot of things. When I have time away from my acting, I like to read, watch wrestling, play video games, collect action figures, learn a new recipe, do home improvement, talk to the stray cats in the neighborhood etc.

I would say the biggest challenge I have come across though is my ethnicity. I have solutions for lots of things, but I have yet to crack this code. Very early in my career I’d met a producer for something very big. He asked me what my ethnicity was and I said that I was Filipino. He told me “no one will ever care about a Filipino actor”. That was over a decade ago, and for years I didn’t know if he was right or wrong. Thankfully a new wave is coming and Asian representation is hot now, but what does that really mean? It’s great seeing so many Asian American faces in media, but right now it feels like it’s only scratching the surface. A lot of my experience feels like it’s hindered by the compartmentalization of Asian identities.

Back when I first started acting I was lucky to audition for small colorblind roles every once in a while, that’s pretty much all there was for me. As things got better I started to audition for things that were specifically for Asian people, but none of it felt right, like one of my agents sending me out for a character with a Korean accent. I actually spent many years acting exclusively as Chinese characters, sometimes even in productions where the only person on set who wasn’t Chinese was me. Nowadays casting an Asian person as a different ethnicity is really looked down upon. In more recent times it feels like there is a lot of necessity for Asian people but it feels a lot like being a box that needs to be checked off. For bigger roles I see casting breakdowns that require specific Asian ethnicities such as Chinese, Japanese, Korean etc, but it rarely feels like Filipino is ever needed.

Don’t get me wrong, I’m not complaining about more Asian roles in media, the more the better. I just wanted to highlight the myopic nature of the newly found Asian representation movement. As things get better, it’s important to point out the flaws so that we can course correct. My hope is that it is only a matter of time before Asian people no longer need to fit into a box to be seen on screen in a major way. To me that is the future of Asian representation and I want help move that forward.

This is a challenge unfortunately that I have yet to overcome, but it’s the most important one I face because it’s tied to my identity. I will work my entire life to overcome it.

Any places to eat or things to do that you can share with our readers? If they have a friend visiting town, what are some spots they could take them to?
People love going on hikes or going to the beaches in LA. I don’t like either of those things. Nature makes me uncomfortable. But I love eating and cultural experiences, so that’s what I would do with my friend.

One of my favorite things to eat is Korean barbecue and my go to spot is Kang Ho Dong Baekjeong in K-Town because it’s the only KBBQ place I’ve been to that had a live DJ. It doesn’t get any better than grilling your own food in front of you while the entire restaurant sings along to Britney Spears songs. I like to follow every meal with a big cup of boba and my favorite spot is One Zo in Monterey Park. There are tons of great boba spots all over LA, but OneZo has a boba made from black sesame that lives rent free in my head. If it’s late at night though and we need a snack, Donut Man in Glendora always has my back. Their seasonal strawberry donut is mythical. It’s open 24 hours a day but I’ve only ever been there at 2 AM.

I’m somewhat of a collector, so there are a few special shops I like that would be fun to peruse. There are a bunch of awesome horror stores in Burbank, too many to name. All of them have great horror movie memorabilia, I even saw the children’s masks from Halloween 3 at one once. In South Pasadena the Lucha Bros have their combo gallery/memorabilia store Republic of Lucha. Shoutout to Pentagon Jr. Let me chill with you and your Dark Master. This would be a cool spot to check out some paintings made by the luchador Fenix or to snag a wrestling shirt.

I know I already talked about food, but another thing I hadn’t mentioned was food lines. It’s separate from the actual food, because LA isn’t LA without standing in a ridiculously long line every once in a while to check out some hype. Howlin’ Ray’s in China Town has great Nashville style hot chicken, but it has an even greater line. Sometimes that sucker is over two hours long. Din Tai Fung in Glendale at the Americana has more of a wait list than a line, but that wait list is the stuff of legend. Nothing beats getting there before the rest of your friends, putting your name down on the wait list, and hoping everyone gets there before they call your party. If your whole party isn’t there, they’ll skip you. The adrenaline rush is unmatched, also great dumplings. Honorable mention goes to the Egg Slut in Grand Central Market. The line is overrated, but the eggs are good and Grand Central Market has a great vibe.

Also if it happens to be October, Halloween Horror Nights is a must. Universal Studios makes the best haunted houses and I won’t ever turn down an opportunity to come face to face with a twenty foot tall Alien Queen if she’s there that year. 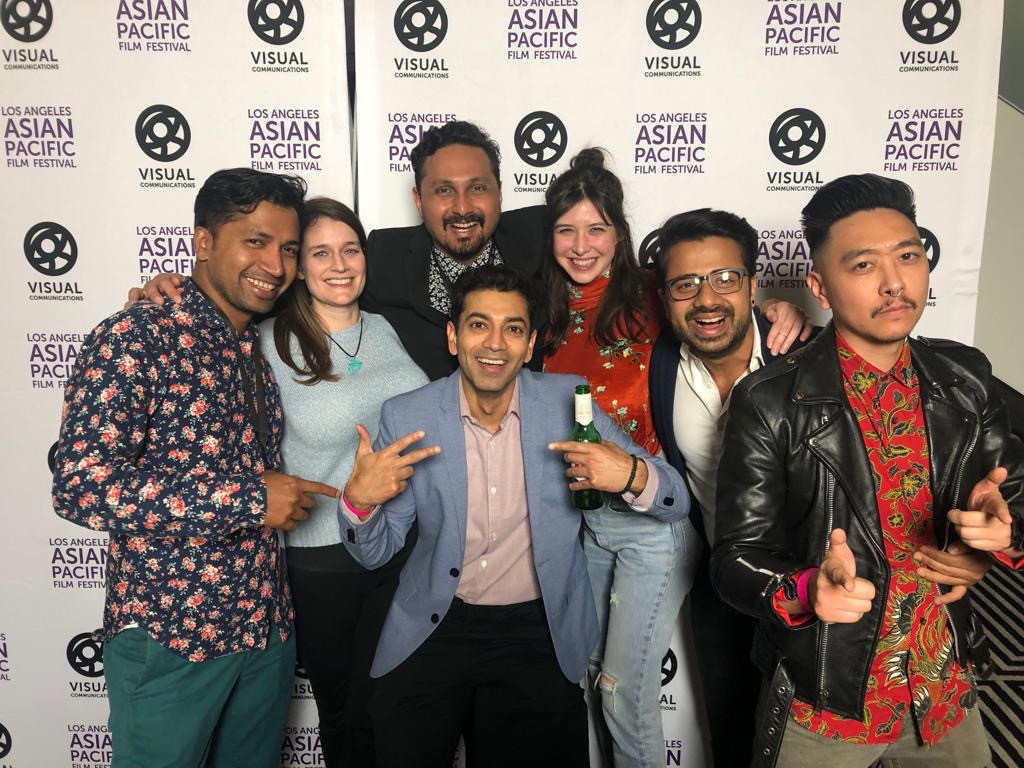 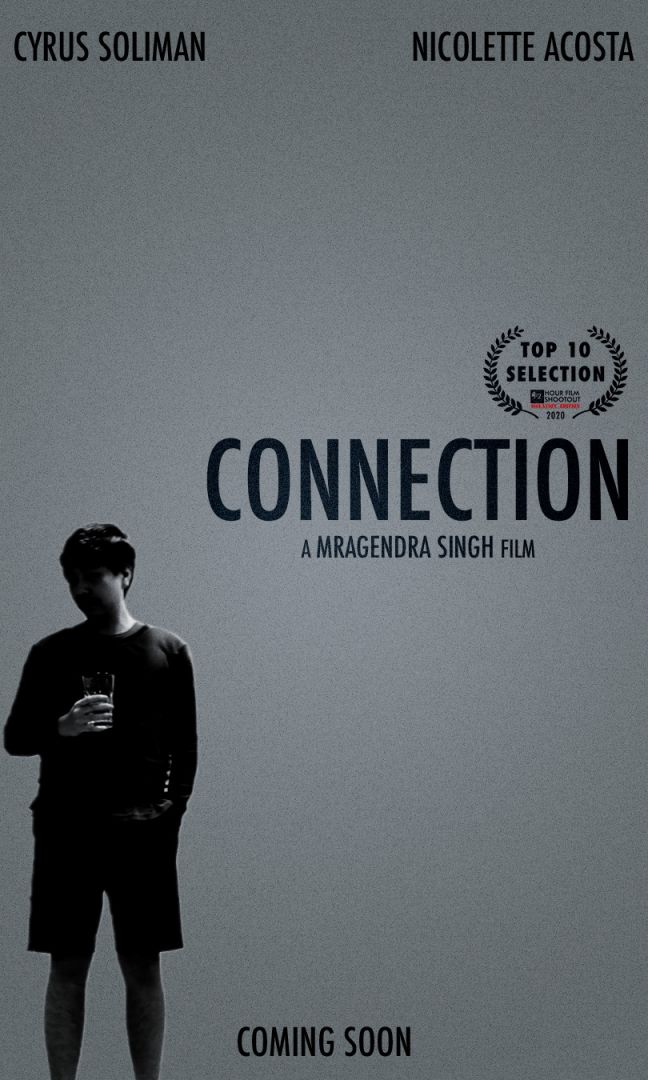 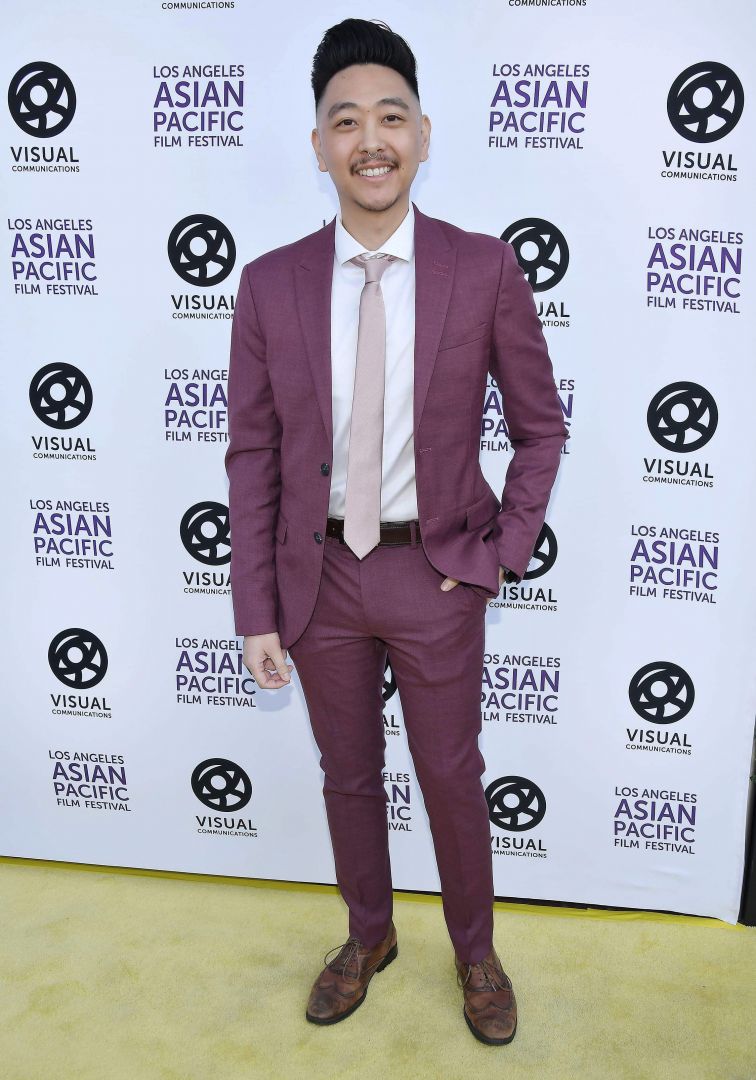 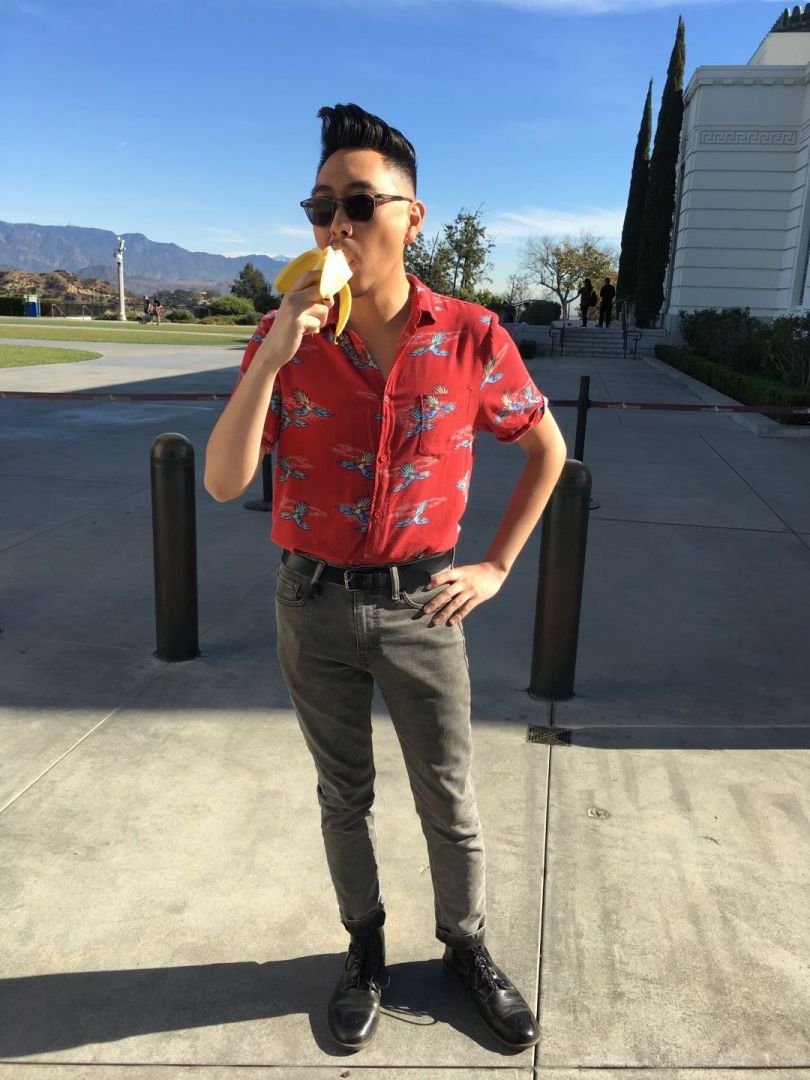 The Shoutout series is all about recognizing that our success and where we are in life is at least somewhat thanks to the efforts, support, mentorship, love and encouragement of others. So is there someone that you want to dedicate your shoutout to?
I’d like to throw a shoutout to two people who’ve been there for me through thick and thin. The first person is my partner Christina Faulkner, who helped me grow the emotional strength needed to thrive in this formerly difficult journey. What used to be a tumultuous sea I had to tread has now turned to smoother sailing because you’ve anchored me to some place safe.

The next person is my bro Mragendra Singh, a writer and director that I’ve been collaborating with since the beginning of my acting career. Mragendra is the one person I’ve teamed up with the most, every time we get together something good happens. Though I’ve had the pleasure to work with so many people over the years, our projects together always feel like I’m coming home.