We had the good fortune of connecting with Elaine Hall and we’ve shared our conversation below.

Hi Elaine, how does your business help the community?
The Miracle Project’s mission is to create a neurodiverse community where the voices, passions and stories of children, teens, and adults of all abilities are celebrated, elevated, supported and belong. We bring people together through music, dance, theater and film to share inclusive creative experiences, celebrate differences and rehearse for life. In a world that can be so divisive, our work is needed now more than ever.

With an artistic home at the Wallis Annenberg Center for the Performing Arts in Beverly Hills, The Miracle Project creates original content – musicals and films – each year – that share the voices and talents of those who otherwise go unheard.  We recently produced a show called The Influencer – the first original musical filmed entirely during quarantine starring actors of all abilities, including those with autism, ADHD, cerebral palsy, and anxiety challenges. We are thrilled that The Influencer will have a “Broadway Debut” thru Broadway on Demand later this month.

Because of The Miracle Project, students who were once too shy to walk into a room of their peers have performed at the Pantages Theater, Rose Bowl, Lincoln Center, Carnegie Hall, and United Nations! Others have professional careers and have appeared on hit TV shows like Atypical, The Good Doctor, and Parenthood and in features films such as Please Stand By starring Dakota Fanning. Through my personal work in the TV and Film business, I consult with Sony Pictures, Netflix, Amazon, Disney, Free Form, and many others to review scripts and provide ways to make all productions more inclusive.

Due to the pandemic, all of our musical performances are now virtual and easily accessible to national and international audiences. Together, we are changing the way the world perceives ability. 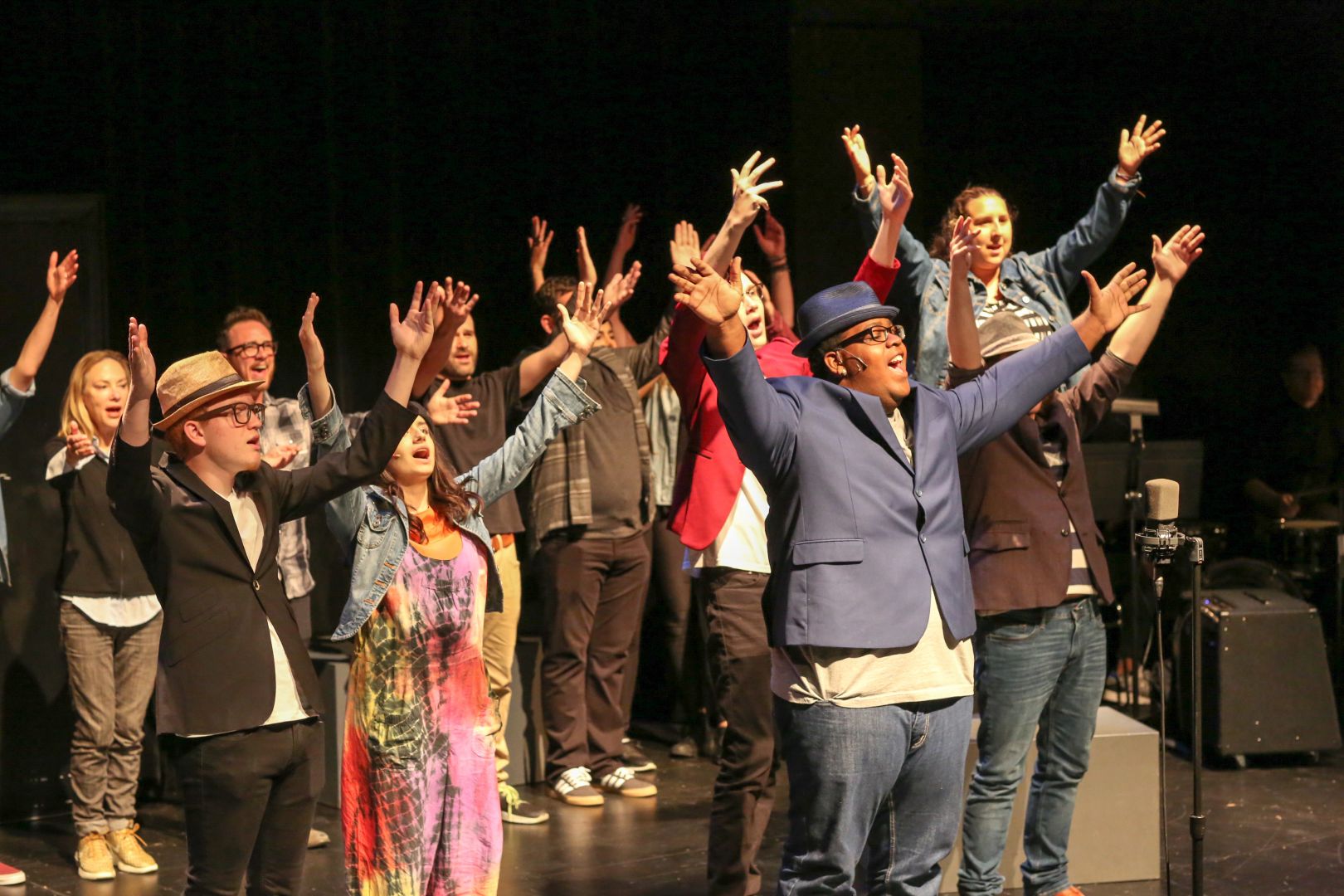 Can you open up a bit about your work and career? We’re big fans and we’d love for our community to learn more about your work.
I worked in Hollywood as a TV and Film on-set acting coach/consultant for Walt Disney Studios, Universal Pictures, CBS, Sony, Nickelodeon, and other networks. I loved working with kids and was even referenced by the New York Times as the “child whisperer.” To many young actors, I was “Coach E,” but what I really wanted was to be “Mama” to a child of my own.

Because I was not able to give birth myself, I adopted a toddler from Russia. Neal was later diagnosed with autism, and when traditional therapies did not work for him, I needed to take matters into my own hands. I turned to what I knew and drew on my experiences as a movement and acting coach.  Rather than try to pull my son out of his autistic world, I chose to join in with him. When he spun in circles, I spun with him, and we played “Ring Around the Rosies.” When he flapped his hands, I flapped mine, too, and we became birds ‘flying’ through the room.  Some teachers told me I was crazy, that I was enabling his autism, but I knew that when I entered his world, he connected to mine. Fortunately, I found other autism professionals who encouraged me to continue doing what I was doing and mentored me with the clinical background I needed to understand autism from the inside out.

By employing the expressive arts to connect with my son, he slowly began to emerge and engage, developing vital communication and self-regulation skills that decreased his anxiety and enabled him to participate in the world around him. I began to train others to help me reach my son, ultimately developing an innovative methodology (now evidence-based) called “Inclusion from WithIn” and authoring the Seven Keys to Unlock Autism, a book that is now used in universities to train budding professionals. In 2004, I created The Miracle Project, a fully inclusive theater and film program centered upon my methodology, as well as Nes Gadol, an inclusive religious education program for people of all abilities.

What I found that I needed as a parent of a child with a disability was community. A place where my son and others like him could be seen, heard and belong. This became and continues to be the backbone of The Miracle Project. We’ve created a dynamic and inclusive artistic space where every voice matters and where everyone is loved and supported for who they are. Our work has garnered international recognition and is changing the way the world perceives ability. In 2007, The Miracle Project was the subject of the two- time Emmy-award winning HBO documentary Autism: The Musical and was later featured in the 2020 HBO documentary Autism: The Sequel. My memoir, Now I See the Moon, was selected by the United Nations for World Autism Awareness Day in 2010, and I have had the honor of speaking at the UN six times, often bringing my students (and my son) to present with me.

Today, in addition to my work as Founder and Artistic Director of The Miracle Project, I have returned to my work in the entertainment industry as a consultant to writers, directors, producers, on-set coach and “go to” for helping casting directors finding neurodiverse actors to play characters on the spectrum.  Over the years I’ve worked with Netflix, Disney, Sony, Amazon, Freeform and many others helping them to be more inclusive in their content and casting.  The Miracle Project is being requested around the globe. 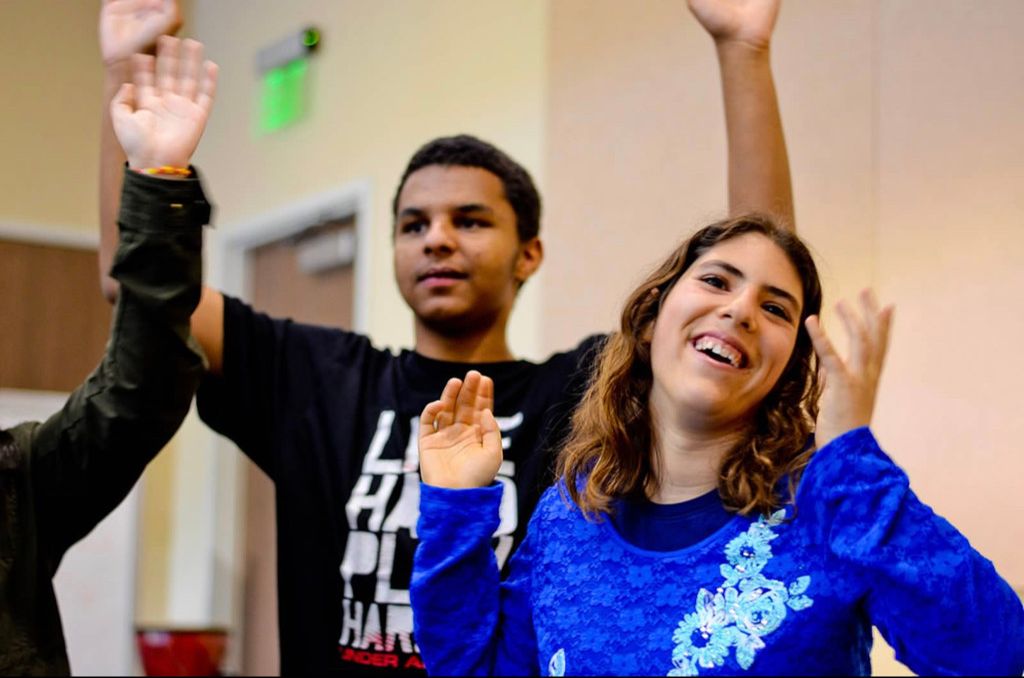 If you had a friend visiting you, what are some of the local spots you’d want to take them around to?
I have many favorite local spots and am happy to say they are safe options during COVID-19. A perfect day would start with breakfast at Back on the Beach in Santa Monica, followed by a social distancing spot on the beach where we would set up a private tent and enjoy swimming in the ocean and watching my husband and others kite surf. The day would end with a sunset walk at Will Rodgers State Park followed by dinner at Cholada, one of my favorite beach side Thai restaurants and where I had my first date with husband Jeffrey. Other great restaurants, all walking distance from my house, include: Sushi King – great sushi, reasonable prices with a wonderful owner! Thai Dishes – The best Thai restaurant in Santa Monica. (Try their soups!!) Chadni Indian restaurant – phenomenally fresh, vegetarian, perfectly spiced Indian food – accompanied by a gracious waiter who always has a joke to tell. (he reminds me of the character of Radar in Mash!) Takuma Japanese Tapas – Wonderful authentic Japanese food. There is so much our city has to offer with many things to occupy our time…it is hard to name them all… The Hollywood Sign, the old Farmers Market, Griffith Park, etc. Even during COVID-19, I love LA! 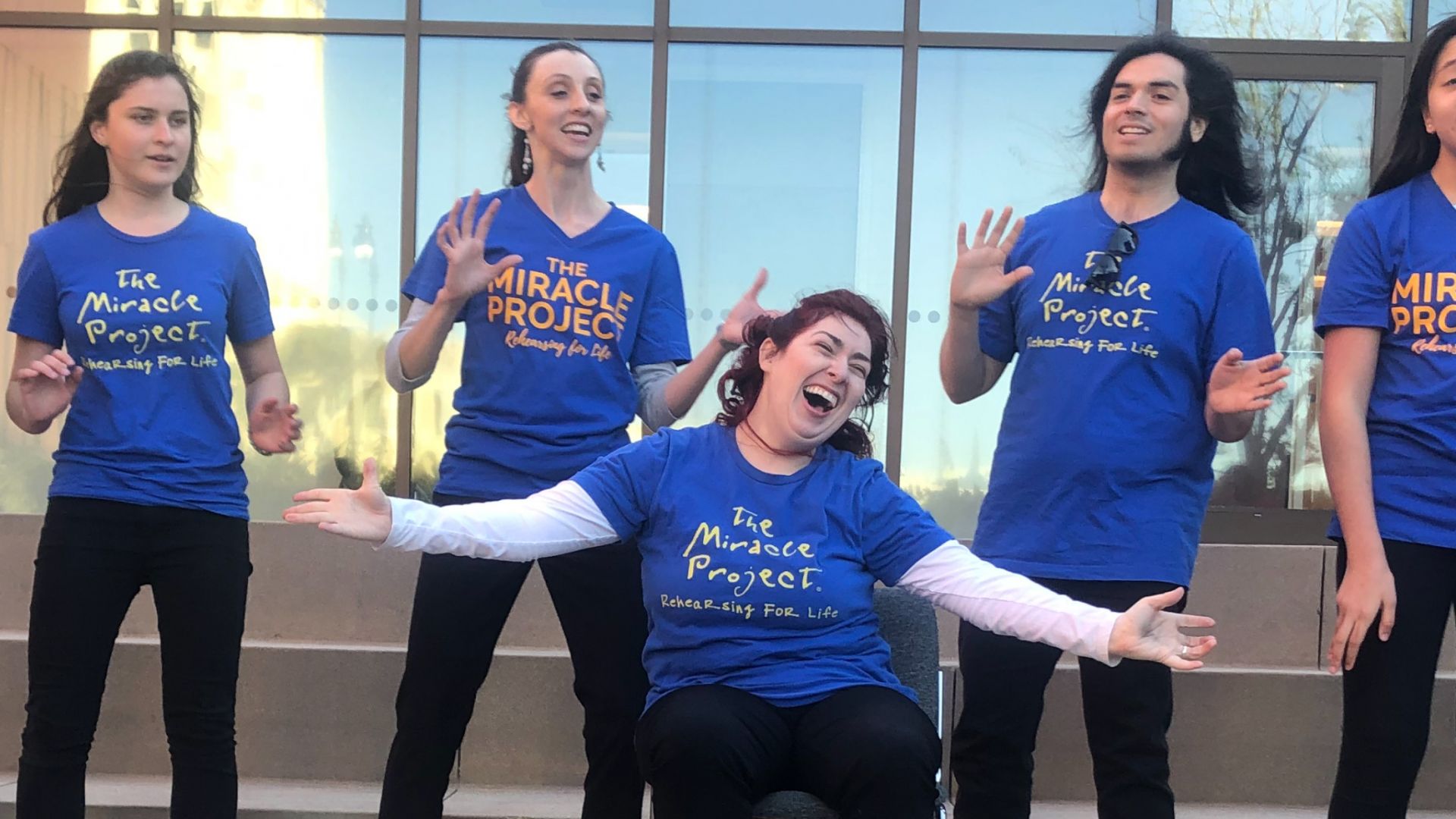 Shoutout is all about shouting out others who you feel deserve additional recognition and exposure. Who would you like to shoutout?
Dr. Barry Prizant, Dr. Stanley Greenspan, Dr. Stephen Shore, Mark Slavkin, Dr. Margaret Paul, Dr. Ricki Robinson, my son and hero Neal Katz, my favorite Book: Man’s Search for Meaning[lF2] , my husband Jeff Frymer, a marriage and family therapist and love of my life. 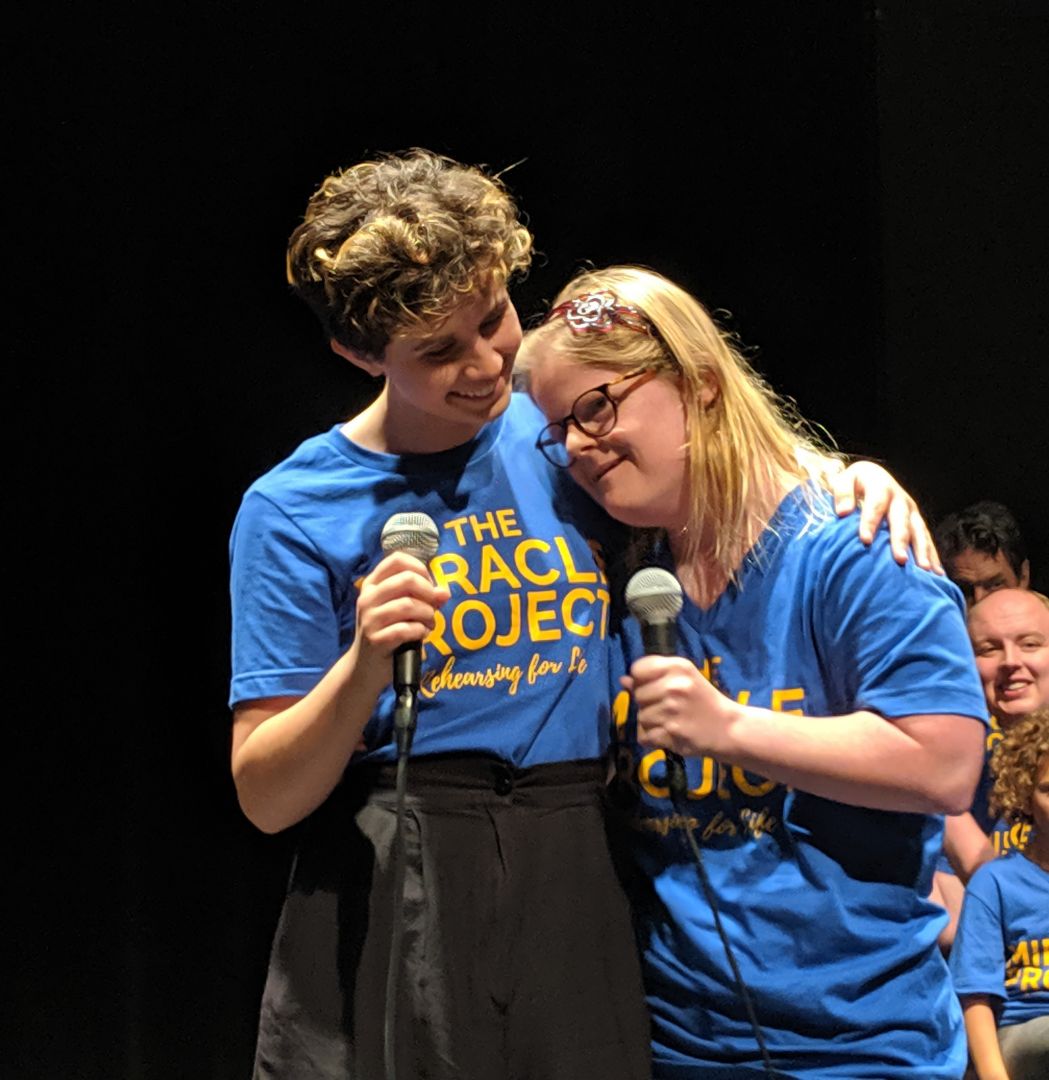