We had the good fortune of connecting with Grace De Silva and we’ve shared our conversation below.

Hi Grace, how has your perspective on work-life balance evolved over time?
Life was much simpler before having kids because I could just focus on my career and my relationship. Now life is different as a new mother of two under two, wife, and creative entrepreneur. Now my life requires an enormous amount of time management. And a big part of that time management is pure execution. I have to execute every day, every time I get the chance because that’s what separates the people who make it in this industry from those who don’t. I have to be focused on executing. Yet at the same time I have to find this balance because I want to soak up every moment of this time in my children’s lives. Balance is very important to me and as a parent, I feel a big responsibility to teach my children the value of maintaining good mental, spiritual, and physical health along with the attainment of wealth and worldly ambitions. 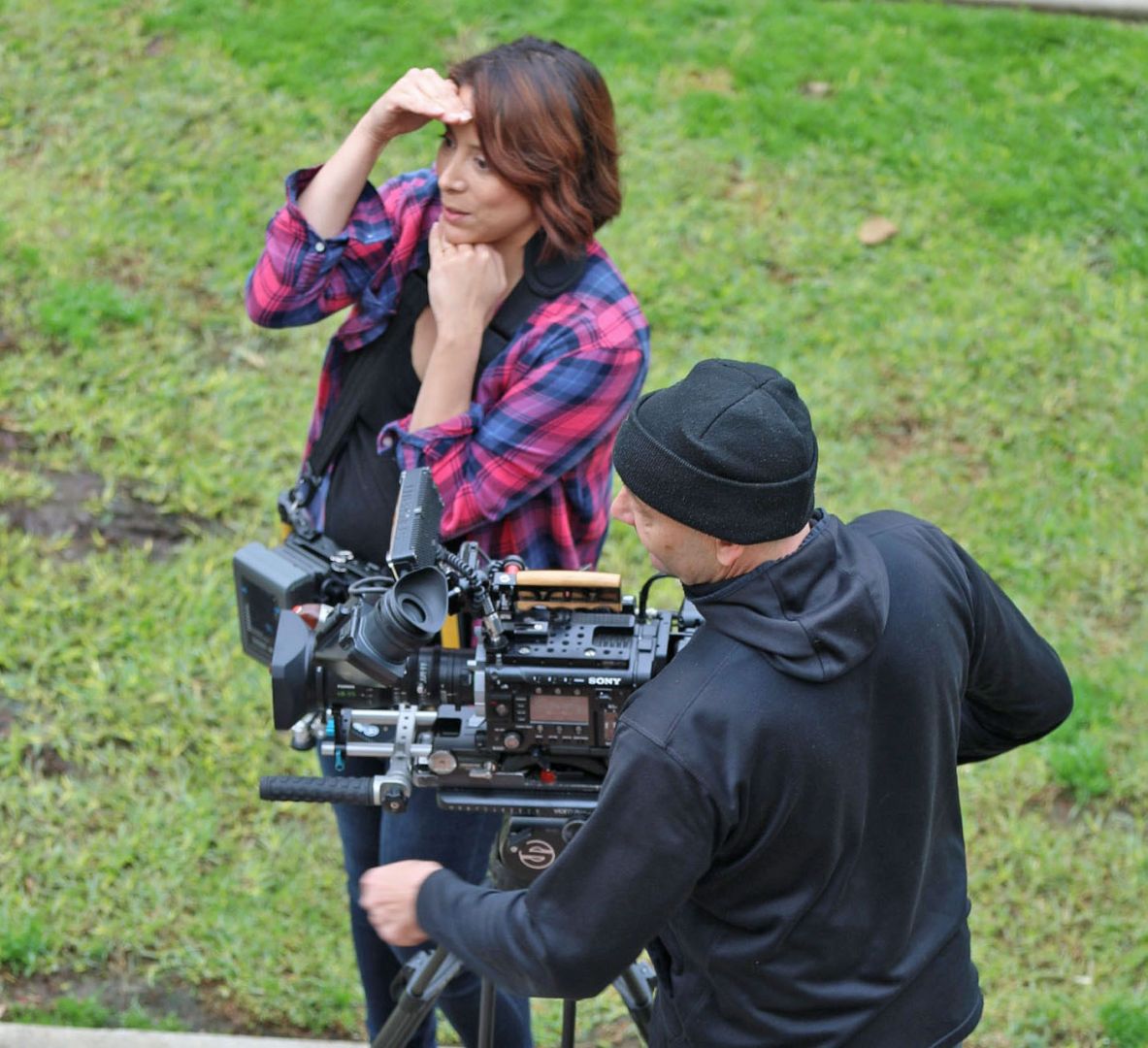 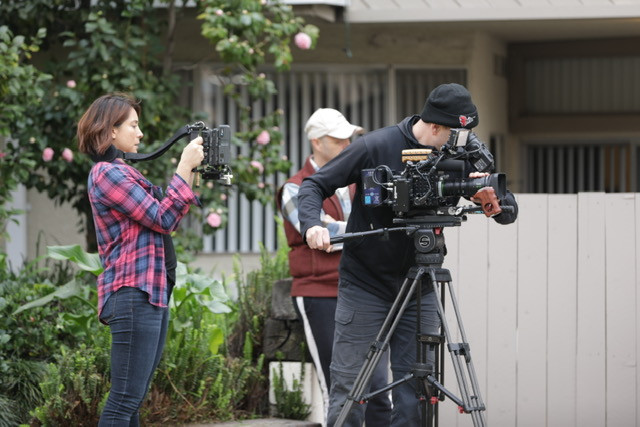 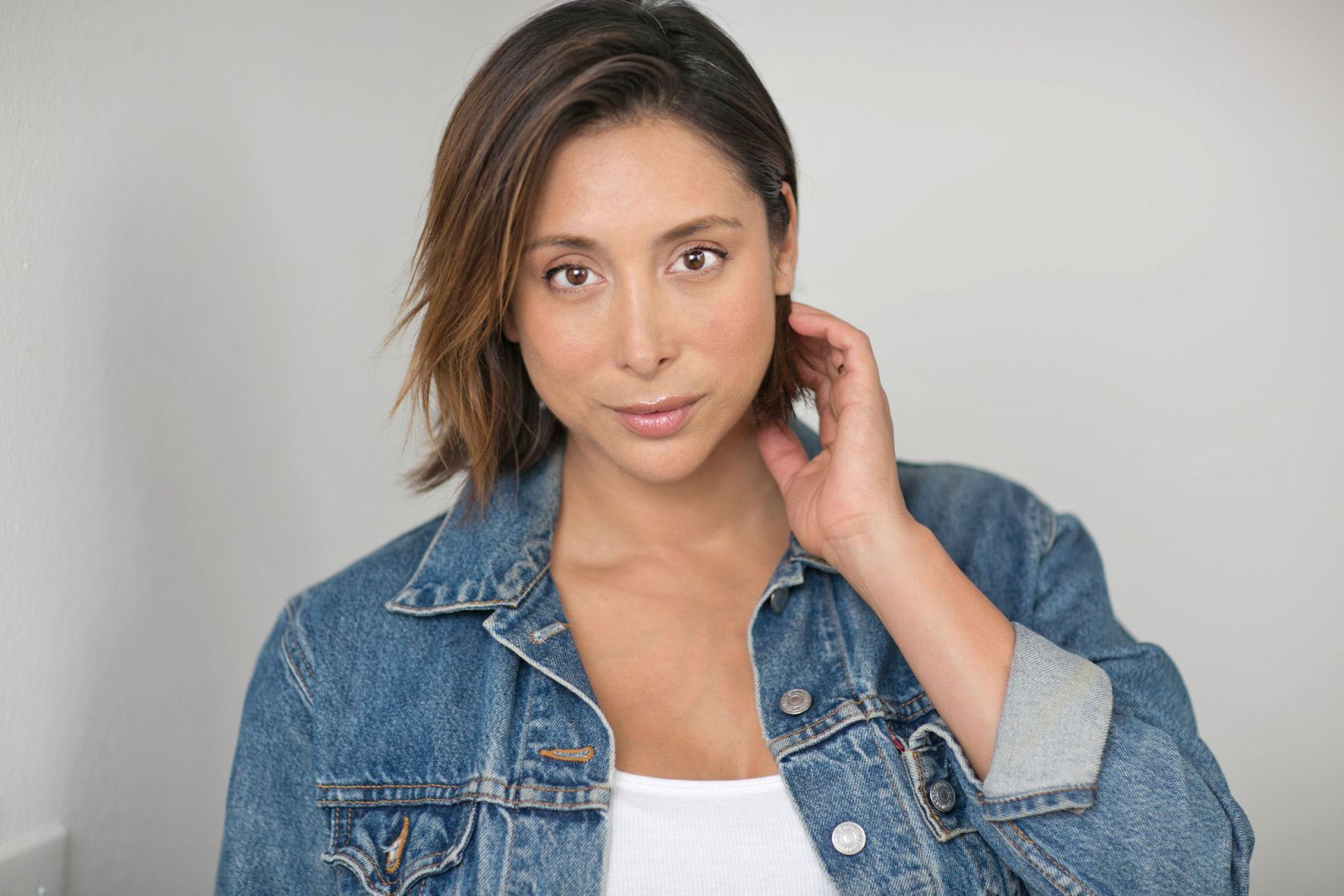 Let’s talk shop? Tell us more about your career, what can you share with our community? How did you get to where you are today business-wise. Was it easy? If not, how did you overcome the challenges?
My career started with acting in commercials and small independent projects and then that grew into voiceover work and loop group. During this time I also worked in production as a casting assistant, and eventually became a session director for various shows that were produced at Raleigh Studios Hollywood and Warner Brothers. During this time I was honing my skills directing my own projects which led to directing Spanish television on Telemundo and LATV.  This experience melded all my previous experience and skills, so it was the perfect opportunity for me to grow and I feel I really came into my own, as a director, during that time.  More recently, I was chosen as one of two hundred women to be the lead producer for The Women’s Weekend Film Challenge (https://www.womensweekendfilmchallenge.com/), founded by Tracy Sayre and Katrina Medoff.  I lead an all female crew and made a movie in less than 48 hours titled, Beyond Saving. Our crew was immensely talented and it was an honor to work with such dynamic women who are committed to making a name for themselves. Working alongside Producer/Director Kryzz Gautier, and showrunner Katie King we are currently running this short through the film festival circuit. The experience of working and supporting other ambitious and hardworking women was invaluable. Earlier this year I was highlighted as an Emerging Content Creator for the National Association of Latino Independent Producers (NALIP) when I completed my latest directorial project, a bilingual comedy, titled El Servico.  This comedy of errors plays the common social beliefs about the people who clean our homes.  This film will premiere this November in New York City at the Puerto Rican Film Festival and has been selected to headline Rosalyn Sanchez’ film, Satos, where she will be receiving a Pioneer Award for her work in paving the way for latin women in the entertainment industry. You can keep an eye out for El Servicio, in the coming year as the film will do a full run in the film festival circuit.

To answer your question about challenges. I was born in Managua, Nicaragua during the revolution. My unmarried parents separated soon after I was born and left me in the care of my paternal grandmother and aunt in the United States. As a child, I entertained myself by “play acting” in front of an “audience” to my surrounding adults. At age five I was reunited with my mother who suffered from severe mental illness and alcohol addiction. Being a survivor of childhood abuse I attended multiple schools excelling in the performing arts, student government and being top of my class. I was six out of one-hundred students to be accepted into Chapman University’s Film School and School of Sociology with a partial scholarship, where I received my bachelors degree. Rounding out my experiences I was involved in model UN and worked with healing arts therapy for a decade. Driven to make my voice heard. I moved to Los Angeles and continued taking acting classes and worked in production and assisted on all aspects of film and T.V. Like most, I wasn’t born into a film family or wealth. However, through following my passion and hard work I feel I am achieving great things. It certainly takes a lot of heart to keep at the craft and there is always so much to learn. Which is why I love it so much. Maintaining integrity, a great work ethic, and execution I feel has allowed me to maintain long lasting relationships in the industry with the people I have worked with. I enjoy collaborating and supporting other filmmakers visions. It takes a team to create magic. I live in Los Angeles and married into a loving family and have a two year old daughter and newborn son.  So I surely have my work cut out for me, but I have a passion for filmmaking and helping women and children.  I am grateful to be here today to tell my story. I hope to inspire others through the arts by bringing stories to life that haven’t been heard before. 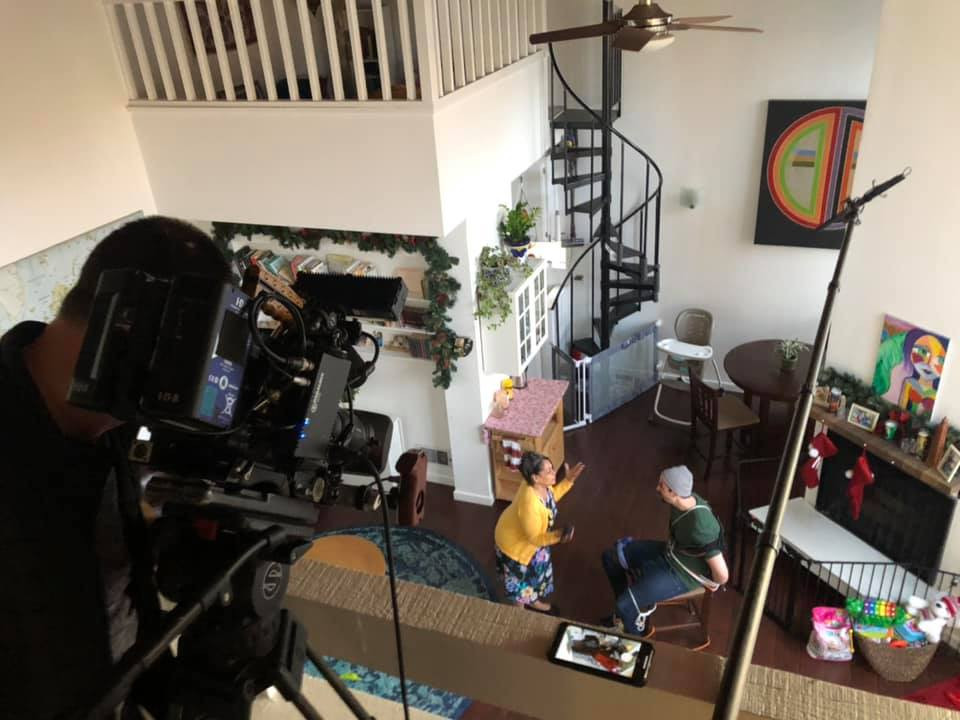 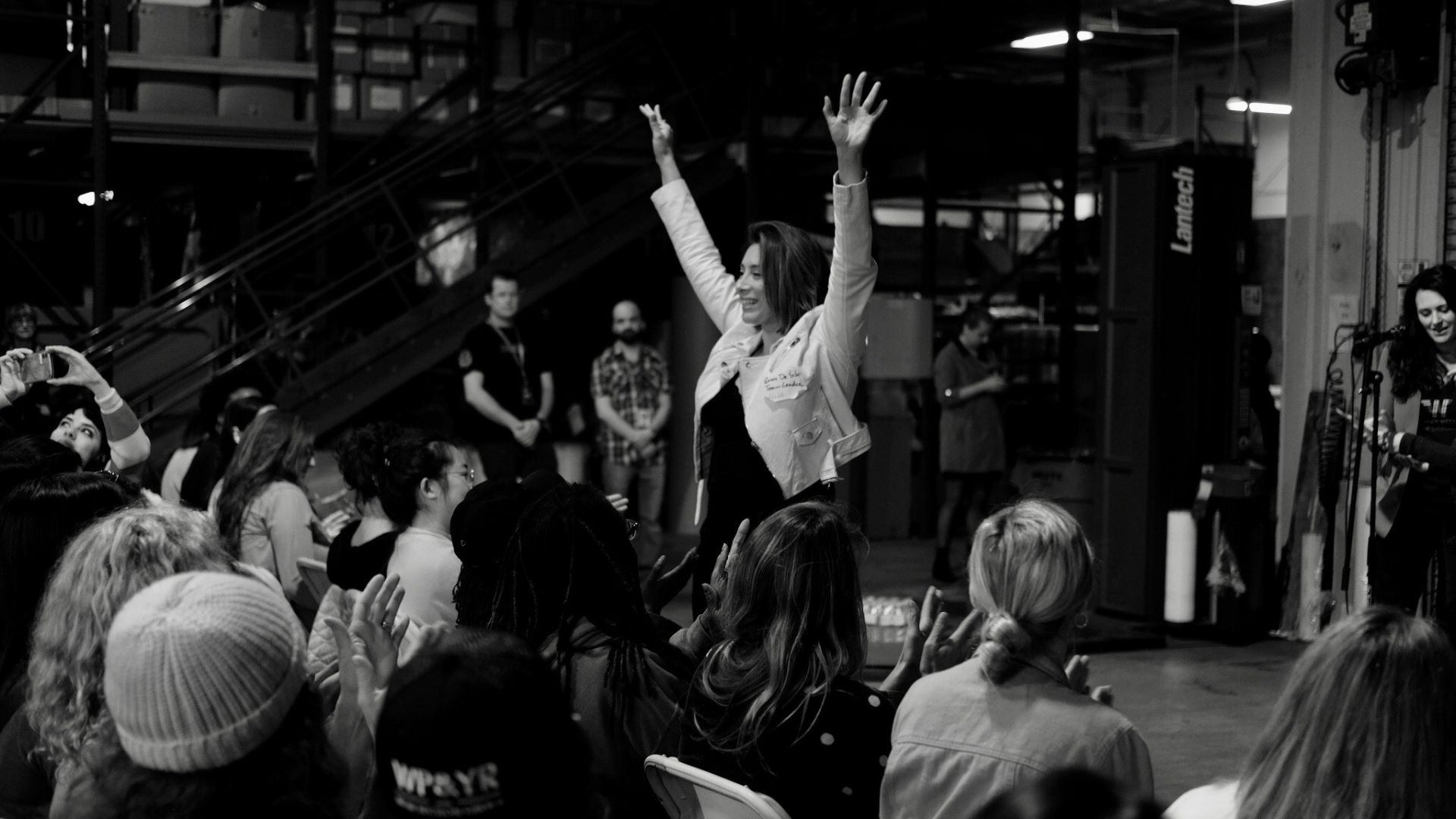 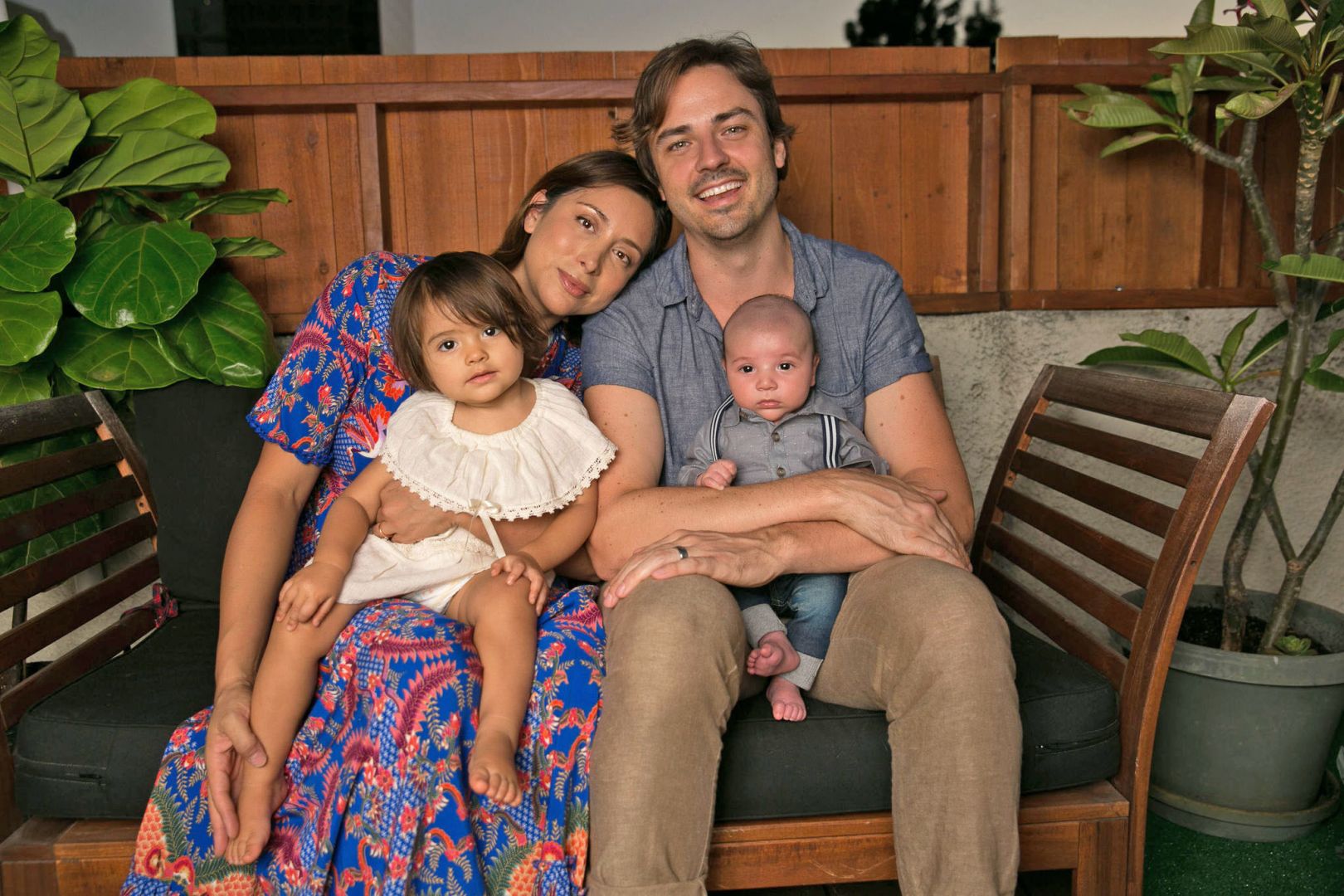 If you had a friend visiting you, what are some of the local spots you’d want to take them around to?
I love driving up to Los Leones Canyon for a hike overlooking the ocean. Then I would drive down and stop by to swim at State Rogers Beach. Hang out there for a bit and soak in the sun. From there I would grab some sushie at Sugar Fish by Nozawa or Takao. For dessert I’d swing by Winston’s pies. The next day we’d hit the farmers market and have brunch there. Go to Malibu and relax by the ocean again. Maybe go for a surf. Then go for some seafood at Geoffry’s. From there we’d go down to get some cofee and tea at Literati Cafe. The next day we hit Santa Monica and visit the boardwalk. Go on a bike ride down to Venice and eat on the board walk. From there we’d hit up an art show, hang out and see the canals. Then go to dinner at Gelina’s. From there finish off the night at townhouse. 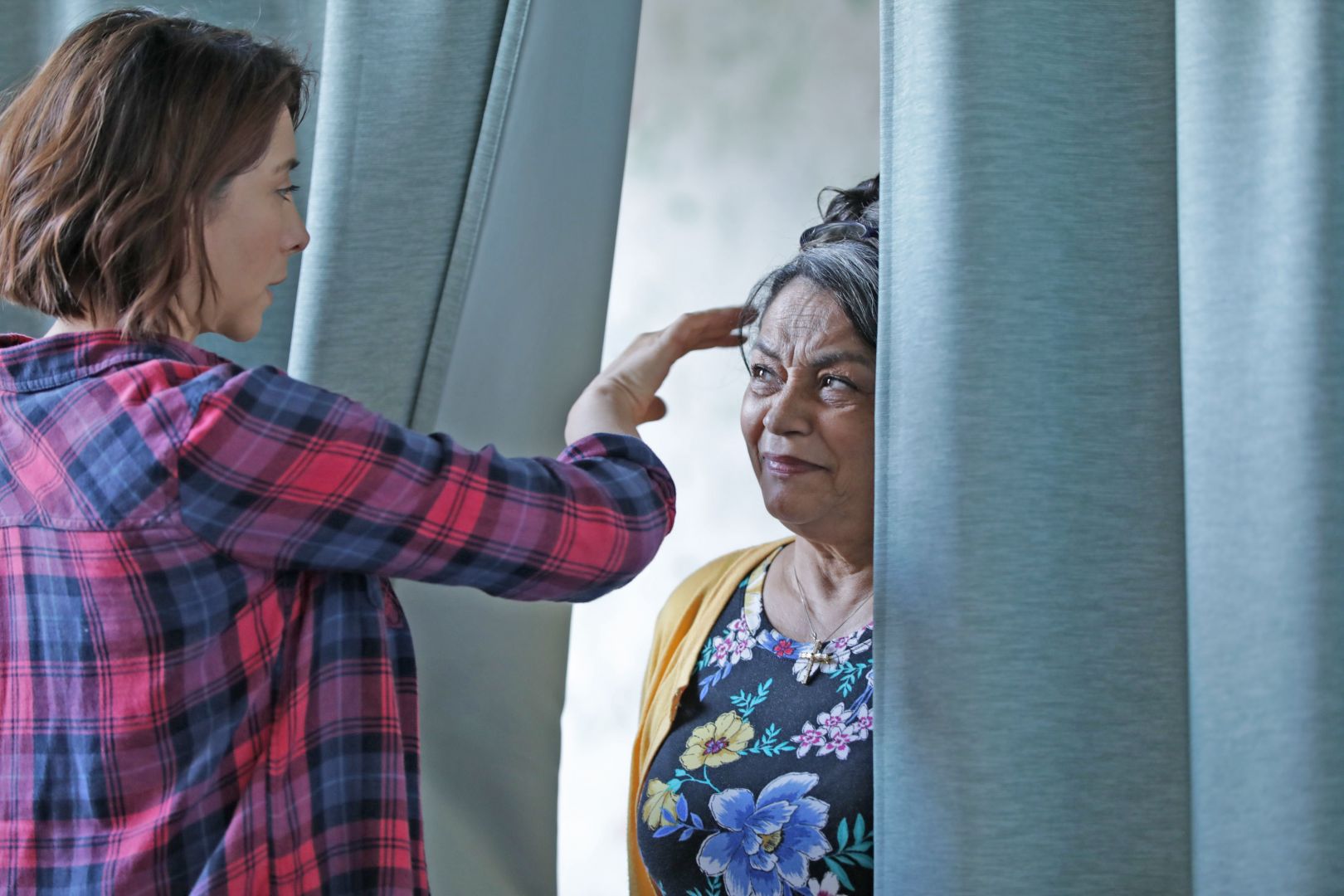 Who else deserves some credit and recognition?
Gosh! First and foremost I would like to thank my husband, Lucas Jackson, for always holding the creative space for me to do me and encouraging me to stand in my power. My producing partner and mentor Paul Kampf with Equitas Entertainment who’s collaboration has been an amazing filmmaking experience. My post production team starting with my composer and mentor Shawn Pierce, who’s work ethic is impeccable, always makes me laugh and makes things look so easy. Our Sound Designer Mike Marchain, who is the sound supervisor at Warner Bros, but he would never brag about it. Salt of the earth, full of life and integrity, funny and fun. My Sound Mixer Mark Anderson, with Post Home Pro (http://www.posthomepro.com/), successful in his career and always showing me how important it is to remain grounded, spiritually connected, and true to your heart. And lastly, Marco Cordero (https://www.marcocordero.com/ ),my colorist who is also a DP and editor. A great friend who walks the talk and is a great example to many.