We had the good fortune of connecting with Jaclyn Gramigna and we’ve shared our conversation below.

Hi Jaclyn, we’d love to hear about how you approach risk and risk-taking
Choosing filmmaking (or any art form) as a career, is an obvious risk because no matter how talented you are, or how tirelessly you work, there is no guarantee you will succeed in making your art your career. I have to be a little crazy and/or narcissistic to even believe it’s possible to make directing films a sustainable career. In reality, feature films are insanely risky investments, so it’s a miracle that anything (other than Marvel movies) gets made. These challenging truths are rarely/never mentioned in film school… or even by most people coming up/in the industry. We gaslight ourselves, saying, if we try hard enough, and kill ourself long enough, and really, really, really want it, eventually WE WILL MAKE IT. But the truth is, we can’t all “make it.” Honestly, I never thought of myself as a big risk taker until I realized that I had bet my entire life/future/well being on the idea that I’d eventually be in the right place (in front of the right person), at the right time. I have to laugh (plus, I’m too deep in it to give up now)!

For much of my life, I was too scared of getting hurt, or disappointing everyone in my life, to risk showing my flawed, authentic self. Making films has helped me realize that the more vulnerable I am in my work the more people connect with it. As artists, we risk everything (humiliation, ridicule, shame, outrage etc) whenever we show our guts (aka our art) to the world. If people hate it (or even worse, feel nothing), it’s personal and it hurts, sometimes physically. We get desensitized to rejection. It’s not that it stops hurting, we just start expecting it and feeling the pain before it happens… (Why do we put ourselves through this??) The thing I’ve learned about taking risks, is that no matter whether I am accepted, rejected, green-lit or cancelled, life goes on and I get to choose my next move. After relocating from NY to LA (in Summer 2020) I decided to take a little more control of my life by starting a production company, Make It Heavy Productions (with my fiancé and another friend). Yes, of course, there’s nothing certain about starting a business, but there’s something about working with a team that makes everything feel possible, and worth the risk! 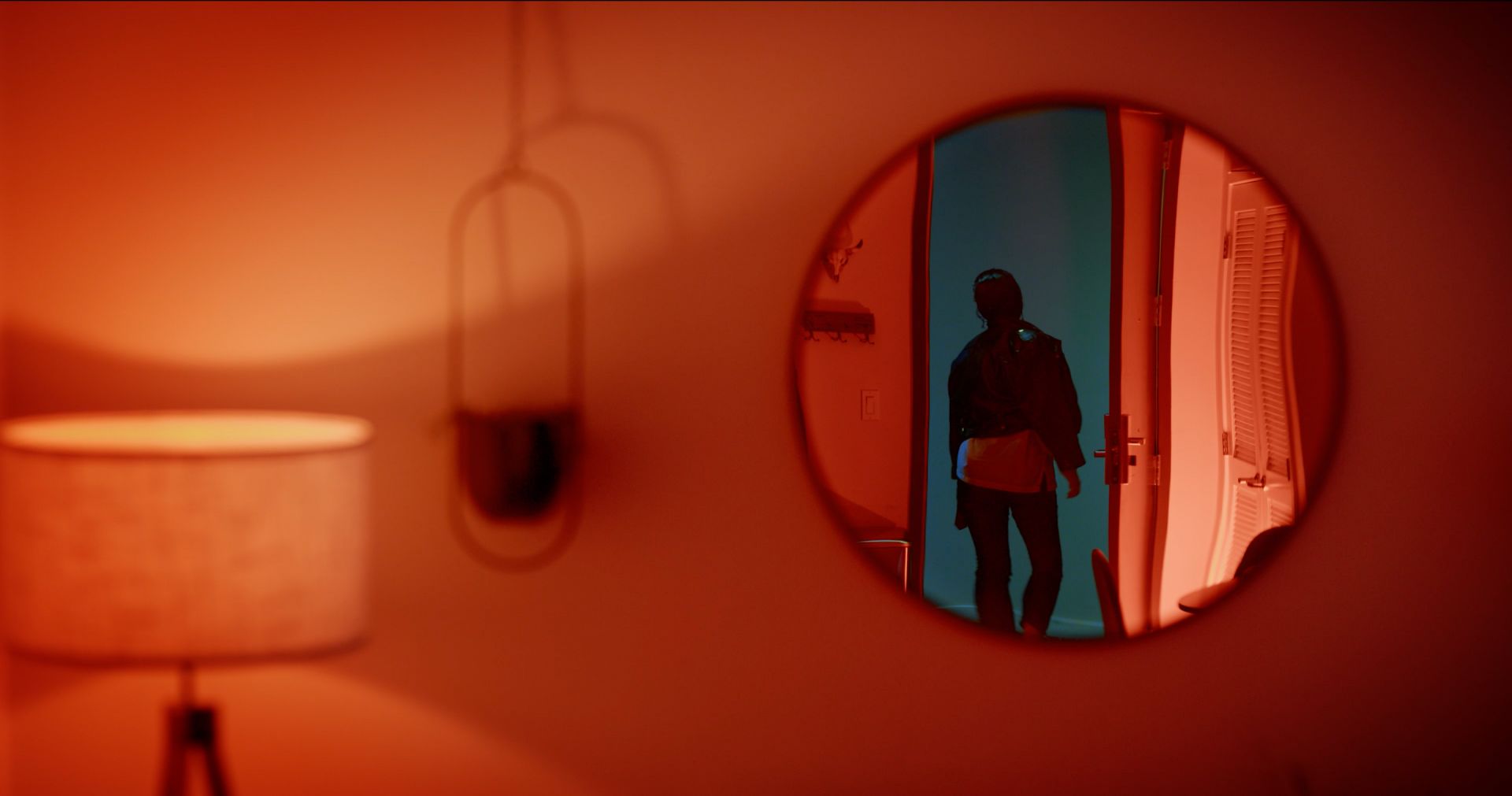 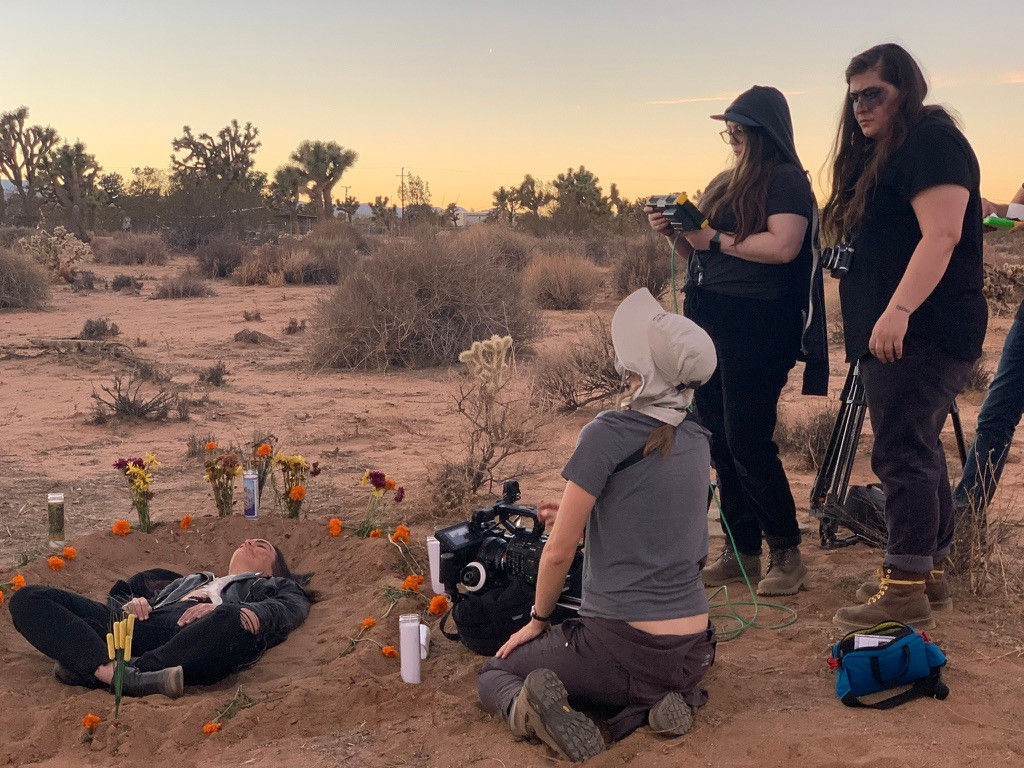 Alright, so let’s move onto what keeps you busy professionally?
I strive to make intricately sound designed films about flawed characters that use humor to test boundaries. I like to take something familiar and turn it on its head. To me, sound is (at least) half of the movie so it’s very important in my work to build out the aural world as well as the visual. The screenplay for my debut feature film, STEEPED (a psychological mystery/thriller) is both what I’m most proud of and excited about and has been the most challenging task of my career, so far. Because I’ve been writing it for more years than I care to share, it has evolved, as I have evolved. For example, I thought the script was done right before the pandemic hit, but sitting with it, in a new perspective has lead to more rewrites, and it’s now more authentic to me and vulnerable than ever before. Getting financing has been the current challenge that I haven’t yet been able to crack. Money is the ultimate gate-keeper.

Looking back at my career so far, there have been parts that were easy but most of it has been a struggle. I’ve directed upwards of 20 short films, music videos and webisodes and worked on hundreds of others (as a Producer, Assistant Director, Production Coordinator etc). As a woman, I have had to fight twice as hard to be taken seriously as a director. One time, I showed up to set for a short film I was directing, as I’m waiting for coffee, one of the PAs asked me if I could fire watch the truck so that he could bring “the Director” a coffee… you should’ve seen his face when I told him it was me! What that experience (and many others) have taught me, is that I don’t naturally look like a director (whatever that look is) so I need to actively advocate for myself and the biggest challenge is having the self-confidence to keep going, when no one is paying attention. I have worked tirelessly to get to the place I’m in (getting hired to direct branded content and my feature film in development) but in truth, I’m still far from directing as a sustainable career. It’s a challenge every day (especially when rent is due) and some days I’m better at dealing with it than others. Commiserating with other artists helps, meditating helps, focusing on “being here now” helps, cooking delicious meals helps… but I’ve resigned myself to my career choice being an ever-challenge. It’s not necessarily a bad thing, without the constant challenge I may get bored.

I’ve dealt with anxiety and depression for most of my life and so, mental illness/health has naturally become a theme in my work.. I want to tell stories that make people feel something, and linger with them after watching. I’d rather make something polarizing (love it or hate it with a passion) than something that fades into the muck. 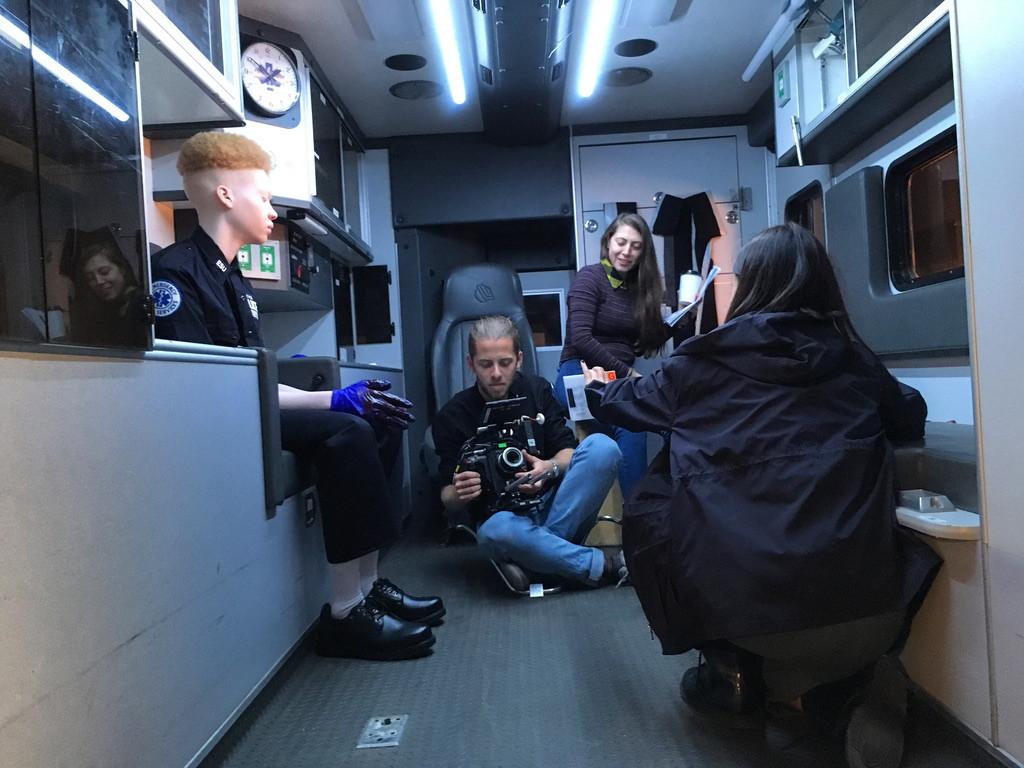 Any places to eat or things to do that you can share with our readers? If they have a friend visiting town, what are some spots they could take them to?
Well, I moved to LA in the summer of 2020, and it feels like everything is just starting to open up again. When friends come visit me (and when I travel), most of the trip tends to center around food, so this wouldn’t be any different. The first day they arrive, we’d keep it chill and I’d probably cook dinner (Mushroom Risotto or a Roast Chicken perhaps) and then we’d relax in my building pool/hot tub (as a NY transplant, this is a luxury I try to use as often as possible). Throughout the week, I’d take them on a lovely cliffy walk at Point Vicente and if we’re lucky, we’d spot some whales. We’d definitely eat at my favorite hidden gem, The Original Green Olive (in Downey), I’m a Greek salad connoisseur and they have one of my favorites. During the week, we’d have to drive out to Malibu, Leo Carillo Beach has become my favorite because it’s never crowded and there are magical tide pools to explore. For dinner that night, I’d take them to Lobster and Beer in Culver City. If they’re in town for a weekend we’d definitely drive out to Joshua Tree for a night or two, my fiancé owns property out there (with very little light pollution) and we’d have to show them the Milky Way. Something so grounding but magically expansive about the desert. It’s always a humbling experience to be there. On our way back to LA, we’d have to stop at Traditional to pick up a special pre-roll and some THC Arnold Palmers to ensure the chillest possible chilling for the rest of the trip 🙂 The last night before they leave, to treat ourselves, we’d head to Bestia (in the Arts District) for a mind-blowingly delicious, multi-course meal and then we’d roll ourselves home and hang out with my cats before succumbing to the food coma. 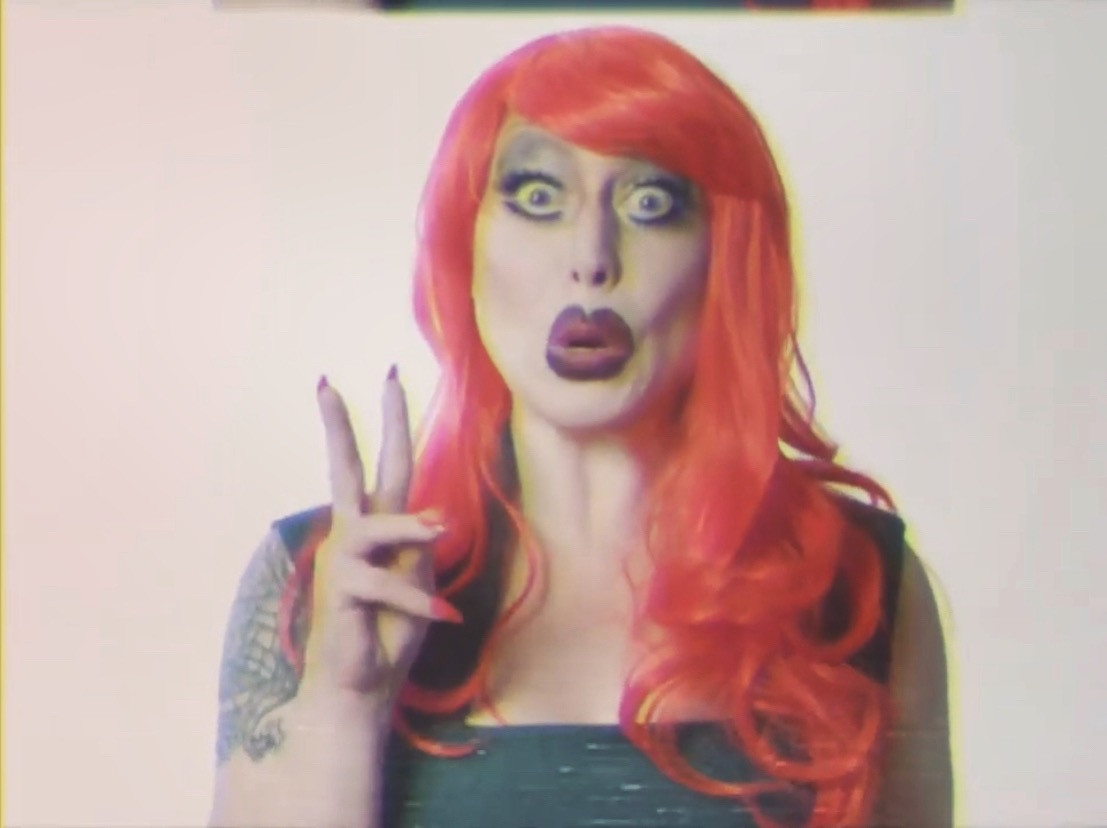 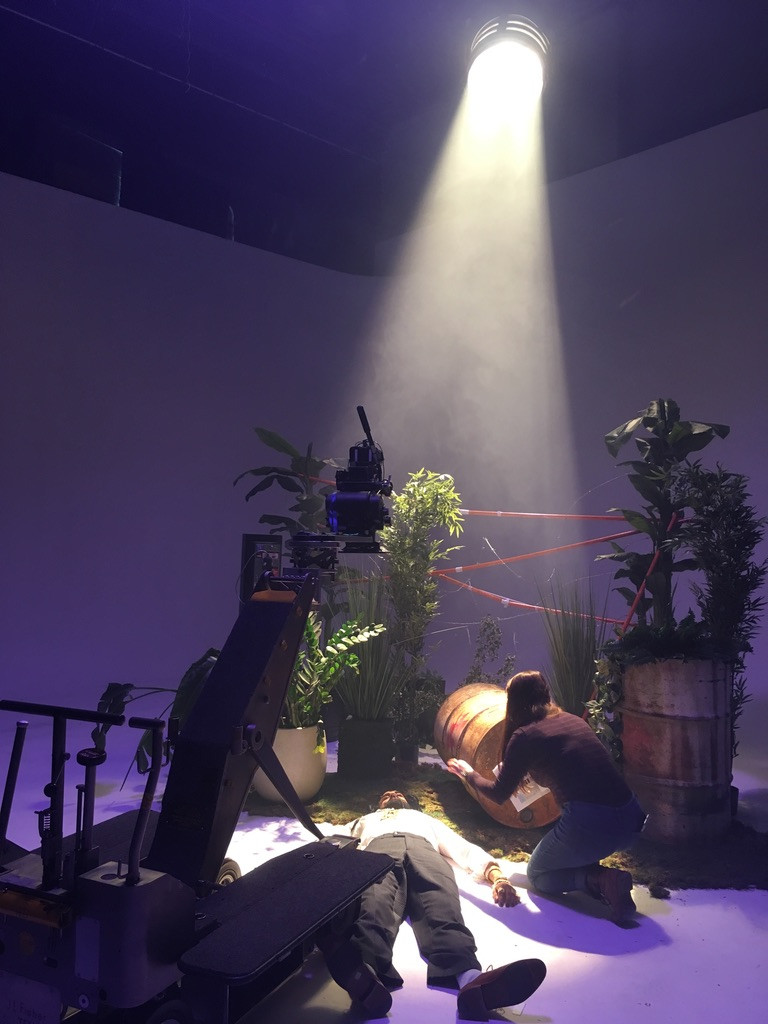 Who else deserves some credit and recognition?
I want to shoutout my friend, and frequent collaborator, Caitlin Machak (https://www.caitlinmachak.com). Caitlin is a Cinematographer and human who is equal parts, strong, sensitive and technical. Not only does she care about working with me to achieve a vision but she cares about, and actively fights for, the well-being of her crew and community at large. She challenges and inspires me to be a better filmmaker as well as human being, and is the kind of person I want to work with forever. We met in film school at NYU (in reality, over video chat while we were both studying abroad, me in Dublin and she in Prague), but didn’t become friends until after graduation when another friend was unable to shoot a short film I was making and recommended Caitlin. Since, we have collaborated on several short films and music videos and she is attached to shoot my upcoming feature film debut. This project is by far the most ambitious I’ve planned to make and Caitlin has been there since the initial idea, even before the first draft of the screenplay. She has tirelessly believed in me and this movie, and fought alongside me to make it happen since the impetus. Being alone with a huge project is terrifying and honestly (even as far as I’ve gotten with it) feels like it’ll never happen. Despite every devastating rejection, challenge and pitfall I have come across, Caitlin has supported and stuck by me and the project (and it has been a rough journey). I am forever grateful for her love and encouragement and am determined to get this film made, so we can follow through on the vision we’ve been crafting all these years. 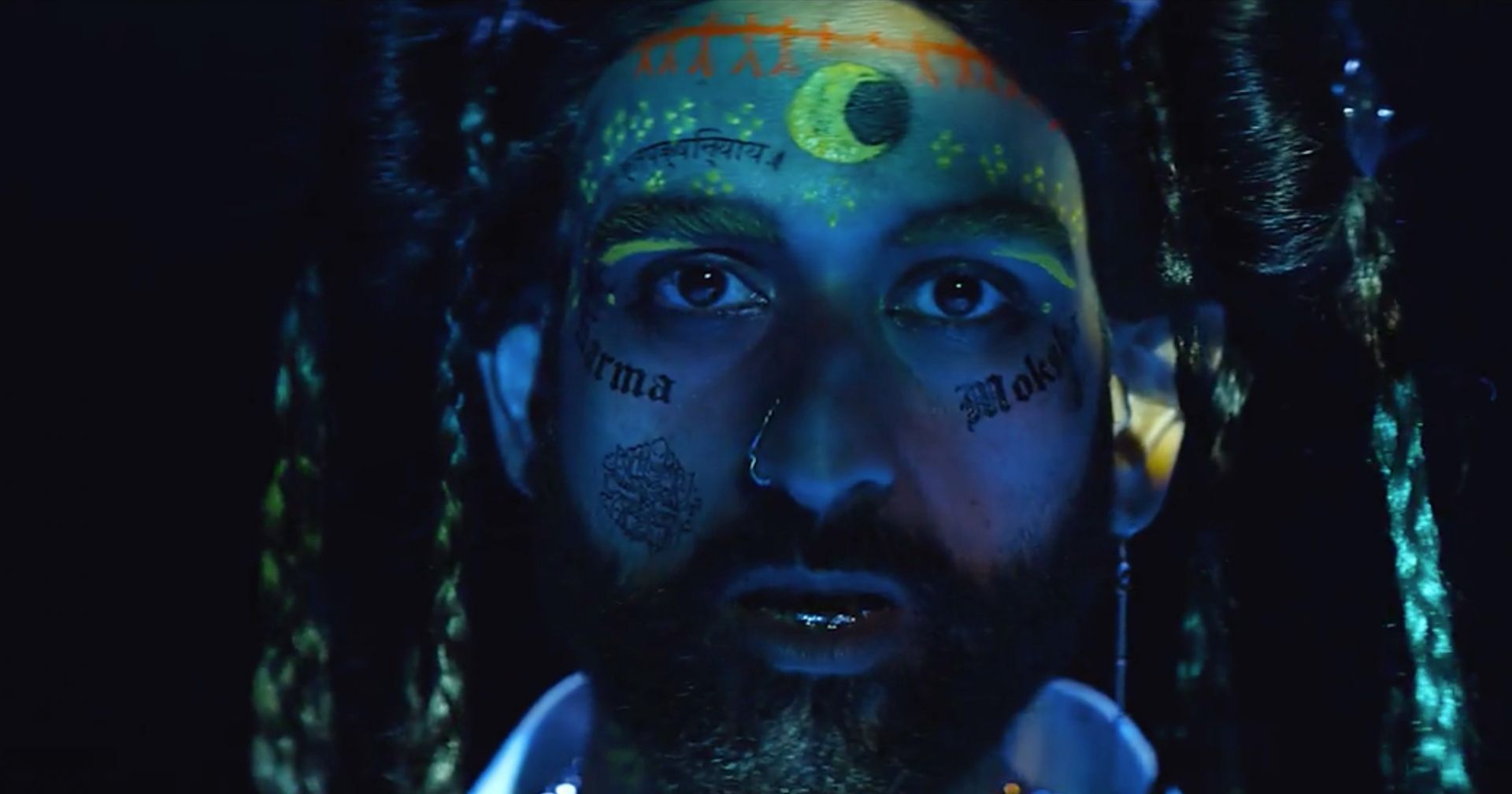 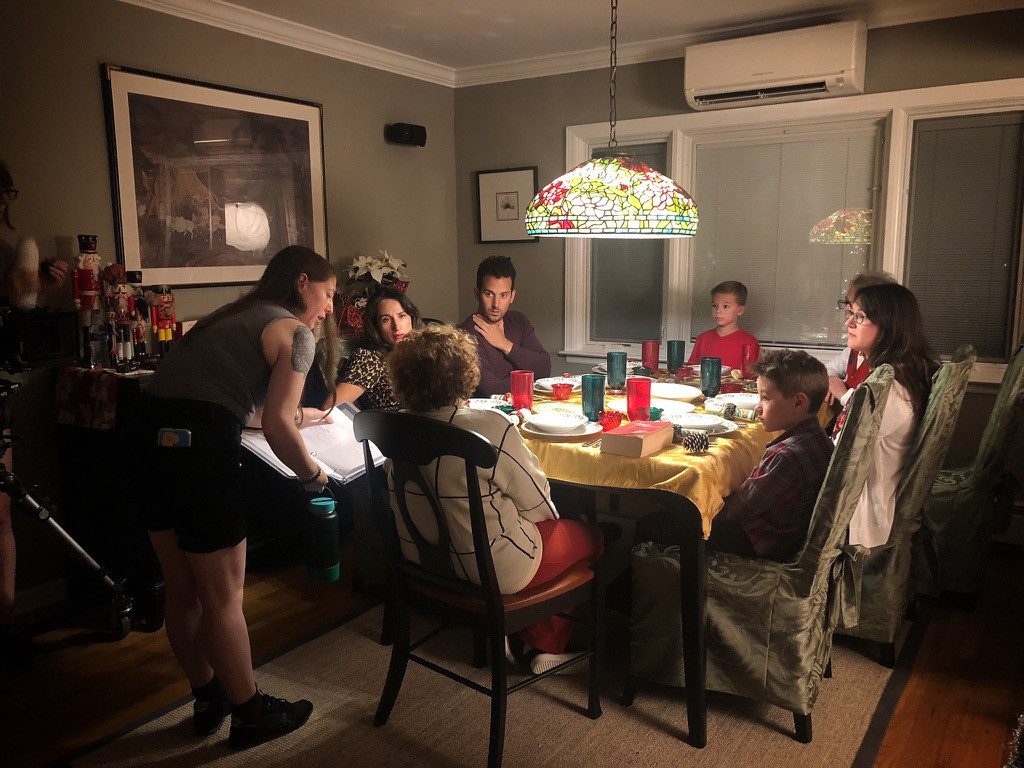