We had the good fortune of connecting with Jared Belt and we’ve shared our conversation below.

Hi Jared, what was your thought process behind starting your own business?
I grew up in a family of business owners. My grandparents owned their own businesses, as do my parents. My parents own a chicken hatchery in Fresno called Belt Hatchery, and that was my first job; working on the chicken ranch. It’s always been obvious to me that I would also want to own my own business, and steer my own ship. I’ve never felt cut out for a 9-5 work environment, and I love working for myself. It’s a challenge, and also very freeing, as it allows me more time to work on my other passions. I started a wedding videography business, not only because of my experience in video work, but also because it allows me to constantly evolve as a creative professional. It carries over to my independent filmmaking pursuits. The videography work sharpens my skills, and allows me the kind of flexibility in my schedule that I need to continue filmmaking while working full-time. It was a no-brainer career path for me! 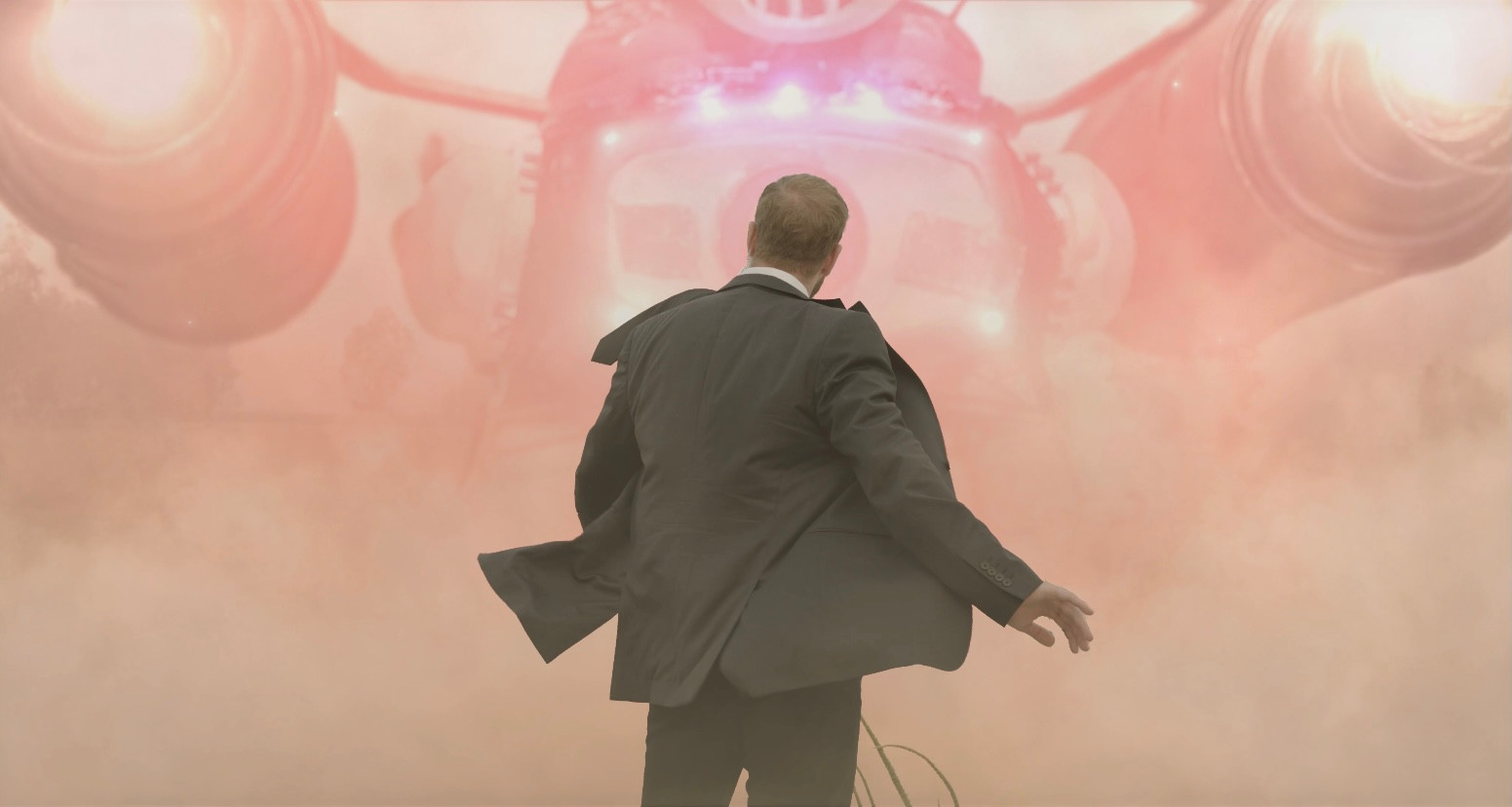 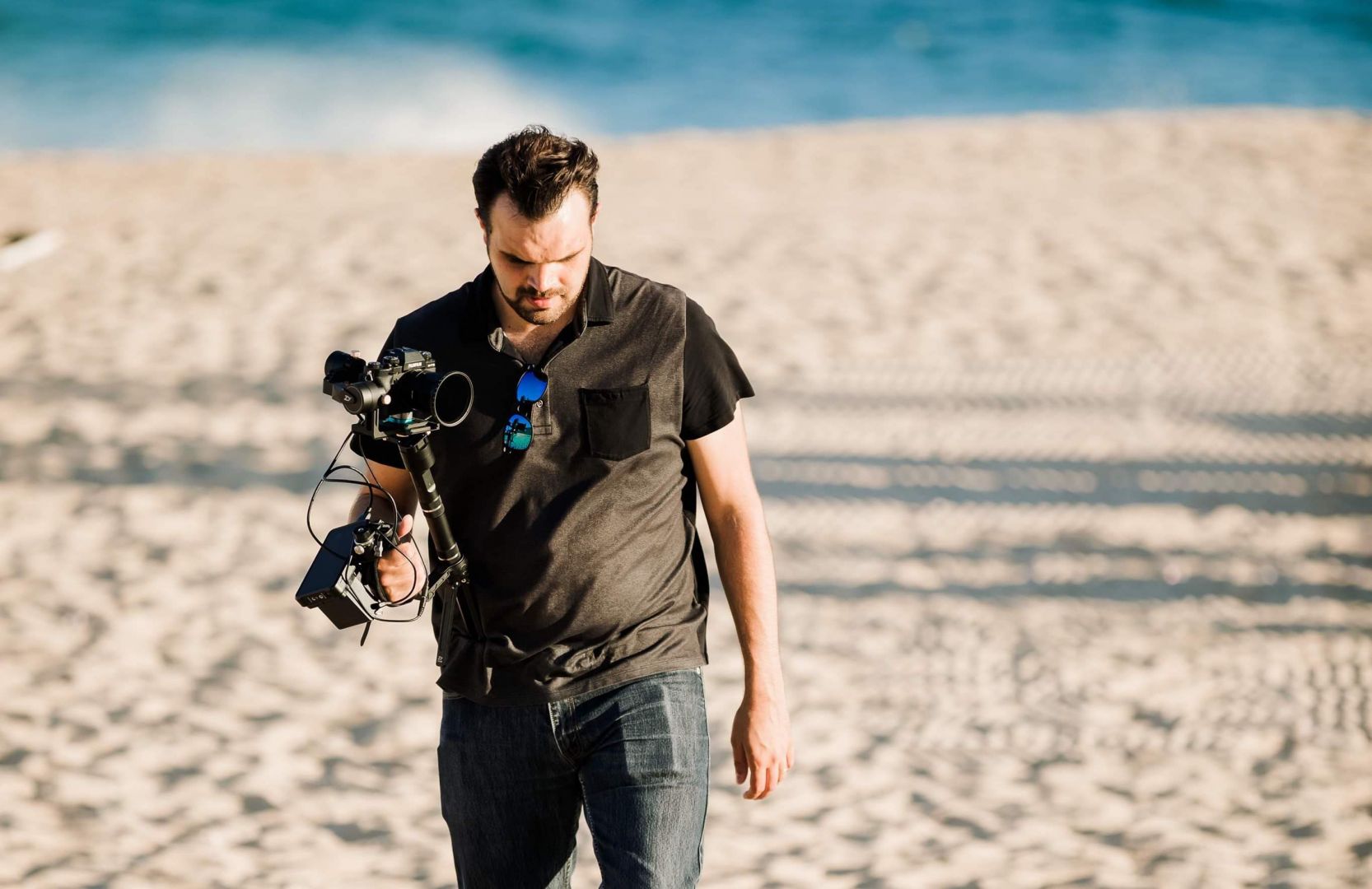 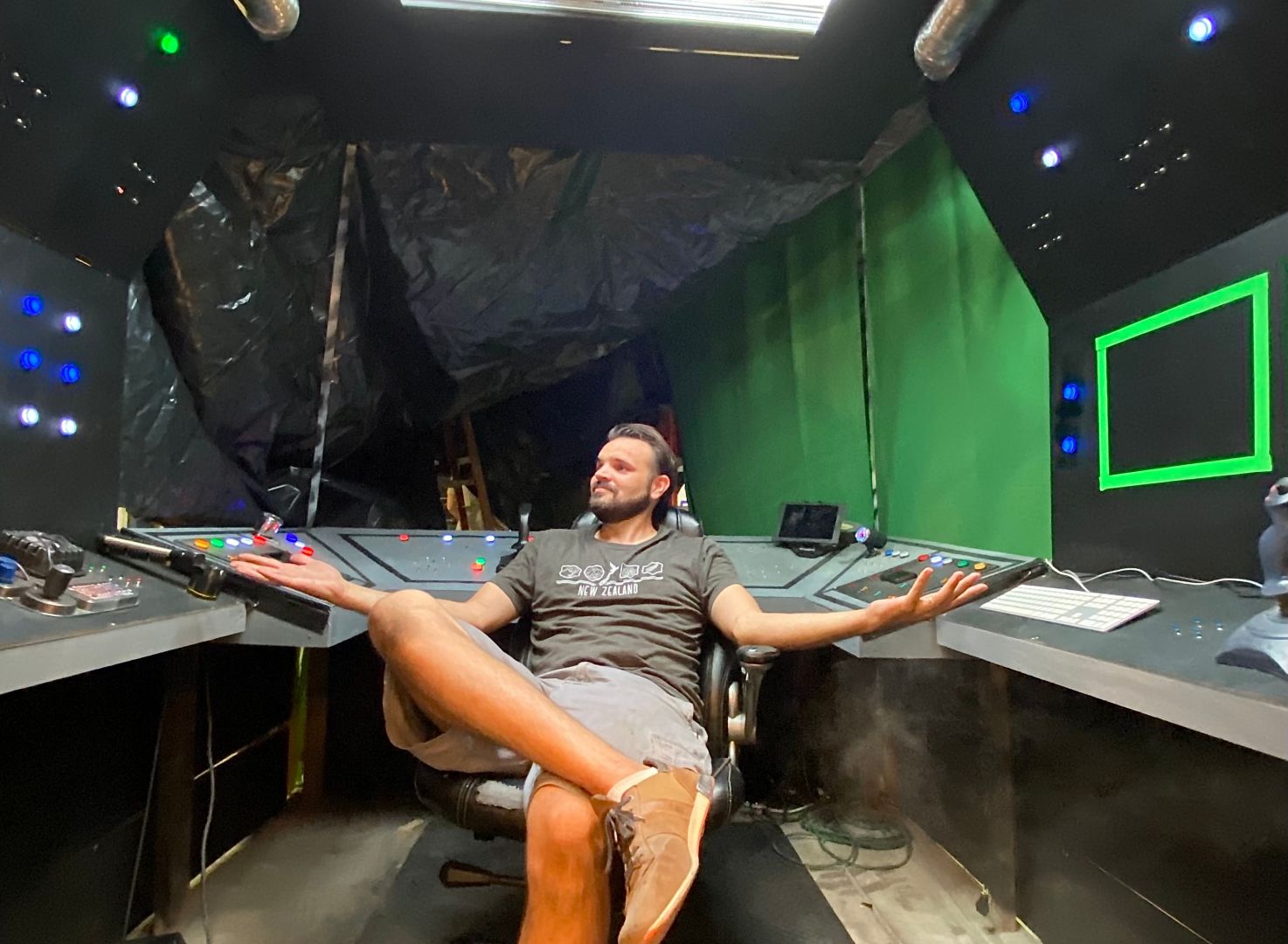 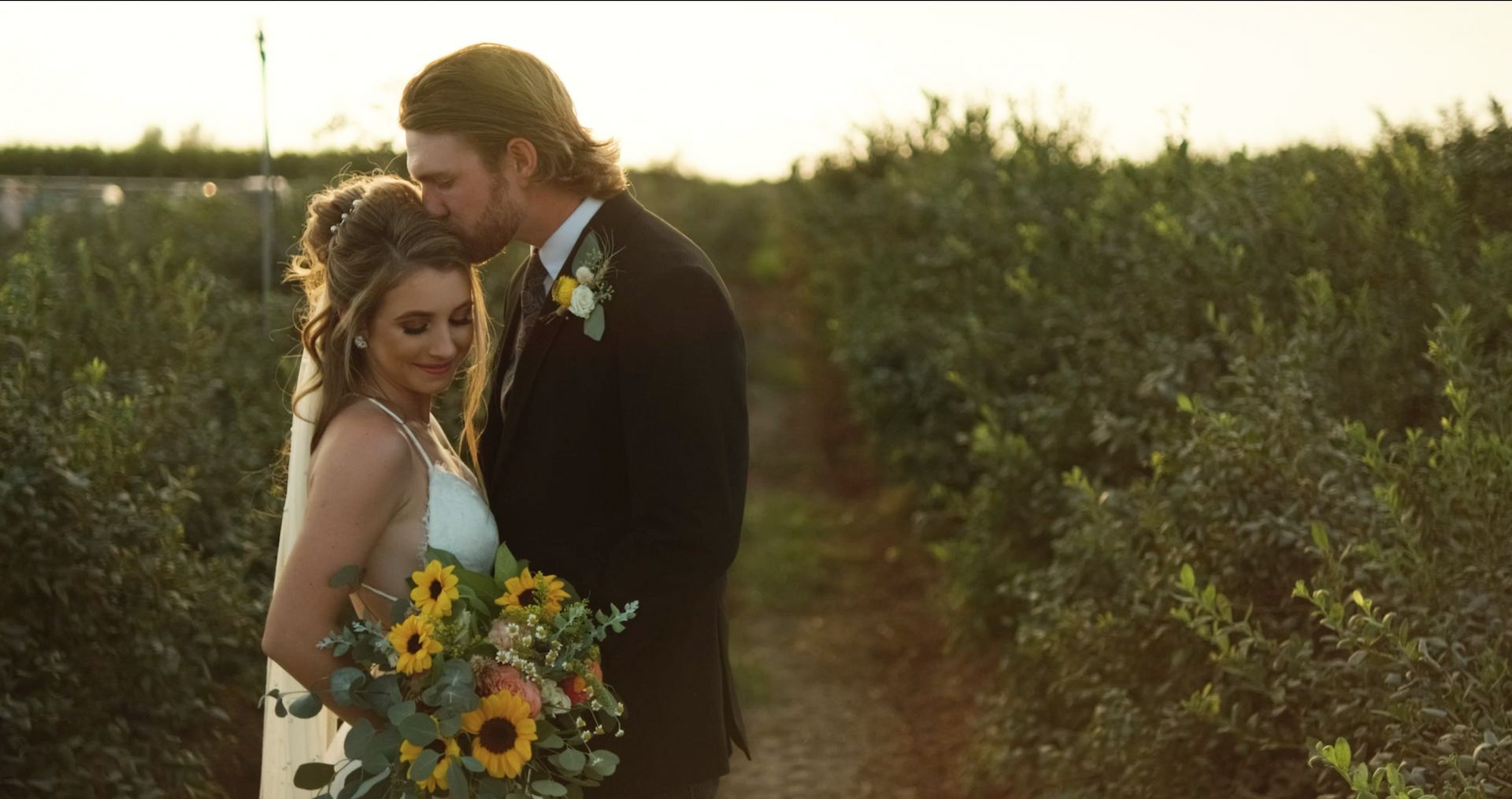 Let’s talk shop? Tell us more about your career, what can you share with our community?
As a filmmaker, I am very interested in telling stories that entertain, rather than preach. I don’t personally enjoy films that take themselves a little too seriously with the heavy stuff; the deep messages that need deciphering. I like to have fun at a movie, and to be invested in the story for the sake a good story! Of course, stories have morals and lessons learned by characters, but I believe that should be a secondary layer to the experience. First, I want people to enjoy themselves, and to be invested in the story, and then later think on the deeper motivations in the film. I do put intention into what I write, and all my stories have personal connections to me, but I don’t want to express those intentions with slow, moody, abstract things. I’d rather have them deeply layered into a thrilling adventure or a fantastic sci-fi story. I find when those intentions are layered in to films like that, they give the whole experience such a richness that is sometimes missing in the typical “popcorn movies”.

Right now, I am most proud and excited about my next film, which I am currently working on, called The Sky Is Falling. It’s a 40min sci-fi short film, that is very character driven, and focuses on a man who is convinced that the world is coming to an end, and only he can stop it. It explores two possible versions of his story, one where he obsessed over saving the world at the cost of losing his family, and the other where he chose to ignore it in order to keep his family close. I’ve been working on this film for about 3 years now, starting with building miniatures that would be used in it, which took several months to make. I also spent about 5 months building half of a spaceship interior set on my own, with my own money. All of that was to create proof-of-concept for potential backers to see when we launched the indiegogo campaign. And then after fundraising, I was able to finish the work and build out the cockpit set. Luckily, near the end of the build, I was able to enlist the help of friends and family who generously gave of their time when we were days away from shooting with lots still to build!

We shot the film last year, and just had some pickups a few months ago. And now, I am fully consumed with the VFX work, which I am doing on my own at the moment, for budgetary reasons. I had an intermediate skill in VFX when this all started, but this project requires a lot, so anything I don’t know how to do, I learn. I’m doing everything from simple green screen work to 3D modeling and animation of scenes in complex digital environments. It has been a real challenge, and every day there are new challenges to overcome. But I keep going and learning whatever I need to learn, because I know these challenges are the only thing standing between me and my finished film.

As for my professional journey, I have been all over the place to get where I am now. After graduating with a film degree from Biola University, I started work for Fox Broadcasting Company as a production assistant for special events. At the same time, I also started applying to every production in town before finally landing a production PA gig on a Tom Hanks-produced film called “The Circle”. I was seriously under-prepared for that job, and experienced a true baptism by fire. But I made it through the full 45-day shoot, and the people I worked for took me with them to the next film, and the next one. It was like dominoes for a while after that. going from one film or TV show to the next for several years. In that time, I learned a lot about networking, adapting quickly, and how to deal with different kinds of people. I was right in the heart of the entertainment world. However, I eventually realized that I could only go so far as a PA, unless I was wanting to become an Assistant Director, which wasn’t my goal. My goal was to be a filmmaker; writing, producing, and directing. So I started making more independent pursuits.

During that time, my wedding videography business was really starting to grow in popularity, and before I knew it, I had a sustainable income. So financially, I didn’t need to keep doing PA work (though I still did from time to time for the fun of it). After I met my wife in 2017, I moved back to my hometown of Fresno, and continued to grow my business, while also commuting back and forth to LA for other gigs. After the business grew to a sustainable level, I was able to hire on some help, which allowed me more freedom to work on filmmaking. And now, The Sky Is Falling is my first major stride in independent filmmaking since moving to Fresno to build the business. I am working on it every day, and I can’t wait to finish it and share it with the world.

Any places to eat or things to do that you can share with our readers? If they have a friend visiting town, what are some spots they could take them to?
Well I’m not currently living in LA, but I do go to the city all the time, and if I was taking someone with me to show them the city, I would probably start the day at Griffith Observatory. I lived in LA for seven years, and in that time Griffith Observatory and the park there has always been one of my favorite spots in the area. From there, I’d take them to the road that goes just under the Hollywood sign. It’s a little off the beaten track, but it’s a must-see for a first-timer. For food, I’d probably take them to Pinks Hot Dogs. Amazing food. If they wanted a studio tour, I would first try to connect with my boss at Fox to see if I could show them around that lot, because it is easily my favorite studio lot (and there’s no public tours). But if that wouldn’t work, I would take them to the Paramount Tour, because it is the least touristy of the public tours, and really focuses on the film history of the place. It’s a beautiful lot. 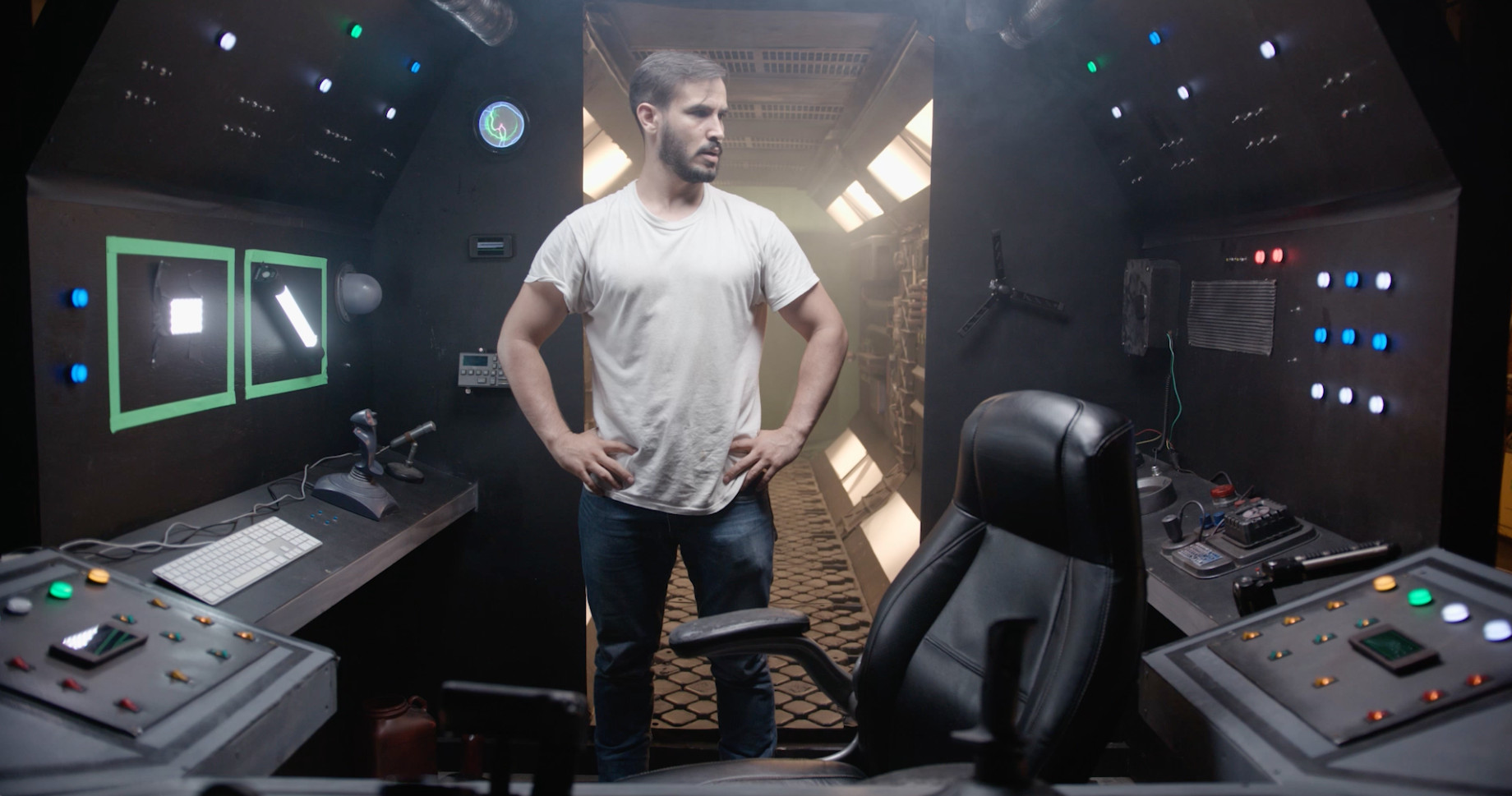 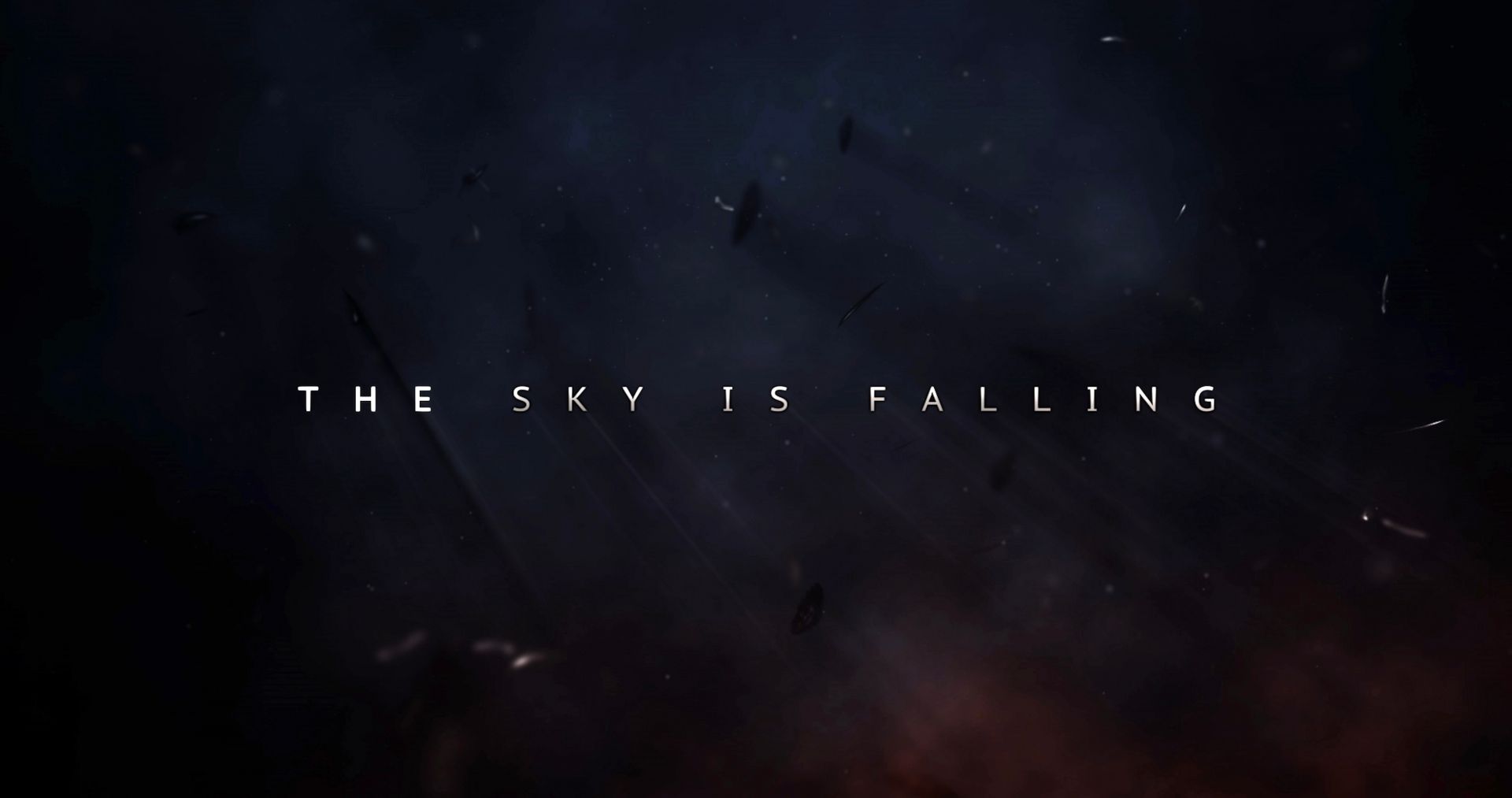 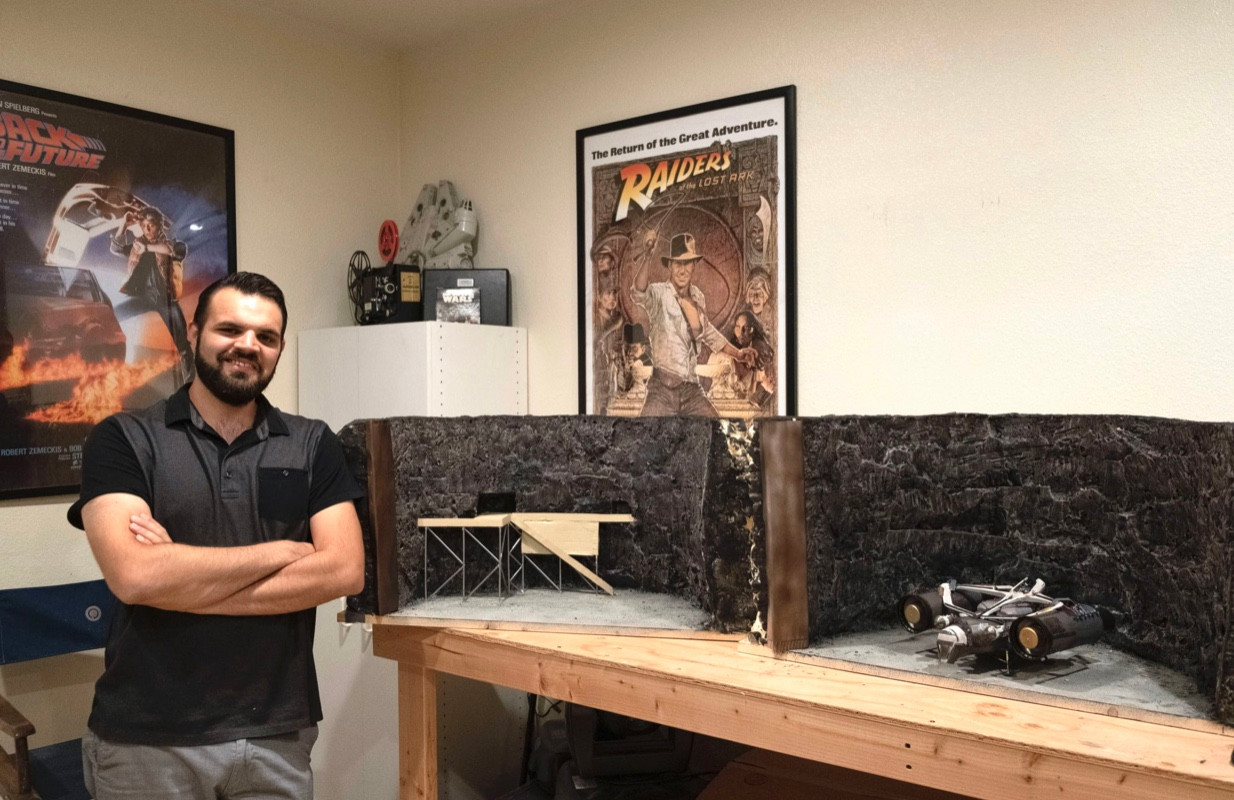 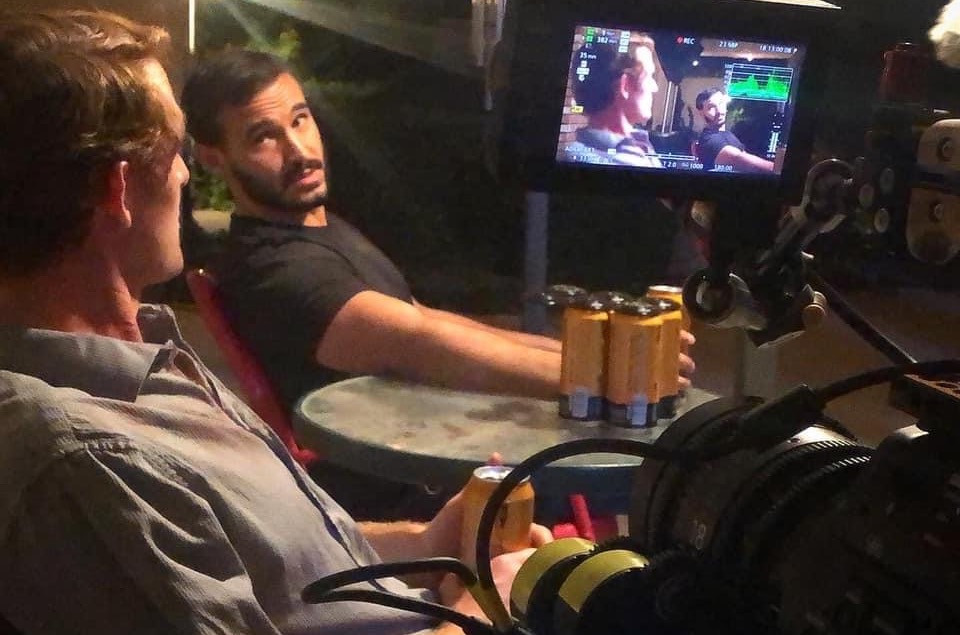 Who else deserves some credit and recognition?
There are so many people who have played a part in my successes, from professors I had during my time at Biola University, to co-workers in the various jobs I’ve had in the entertainment industry, to family and friends. But, if I had to narrow it down to one person, I would have to give that shoutout to my wife, Jessica. She has always been such a great supporter, and always encourages me to achieve my goals. When I’m struggling to overcome a challenge, I know I can talk it out with her, and find the motivation to get it done. I have big goals for myself, and I am very fortunate to be married to a woman who pushes me to make those dreams happen. Without her, I don’t know where I’d be.

Other: My filmmaking website is: www.jaredbeltfilms.com And this is the link to the Indiegogo campaign for The Sky Is Falling. The campaign is still active and we are planning to start promoting it again for a post-production budget. Link- https://igg.me/at/theskyisfalling/x#/