We had the good fortune of connecting with Jeffrey Ashkin and we’ve shared our conversation below.

Hi Jeffrey, do you have some perspective or insight you can share with us on the question of when someone should give up versus when they should keep going?
When I first moved to LA I would hear a lot of people (including myself) say they had a timeline for their own film industry success. “I’ll give it ten years to become a working actor/writer,’ a friend might say. Reflecting back on this, it’s a bit strange since I’ve never heard anyone say, “I’ll give that lawyer/doctor thing ten years, tops.” Well, fifteen years have gone by since my arrival and some of the same people have left LA but some have stayed long after their supposed deadlines have passed. I feel like the timeline was just a formality; a bit of modesty to imply that we know the film industry is unstable and we should abandon our dreams when it becomes obvious they will never happen. However, I’ve come to a revelation that it doesn’t matter about your time it only matters about your passion and joy. So to answer this question I would simply ask: Does your passion still bring your joy? Does it still make you unbelievably excited? For me, it does as much as it did when I first starting writing stories when I was fourteen. The light has never dimmed. It shines ahead of me, pushing me forward despite any obstacles in my way. It has not been an easy road but I would rather keep going since it brings me the most happiness. If you feel the same way, I would recommend the same thing. 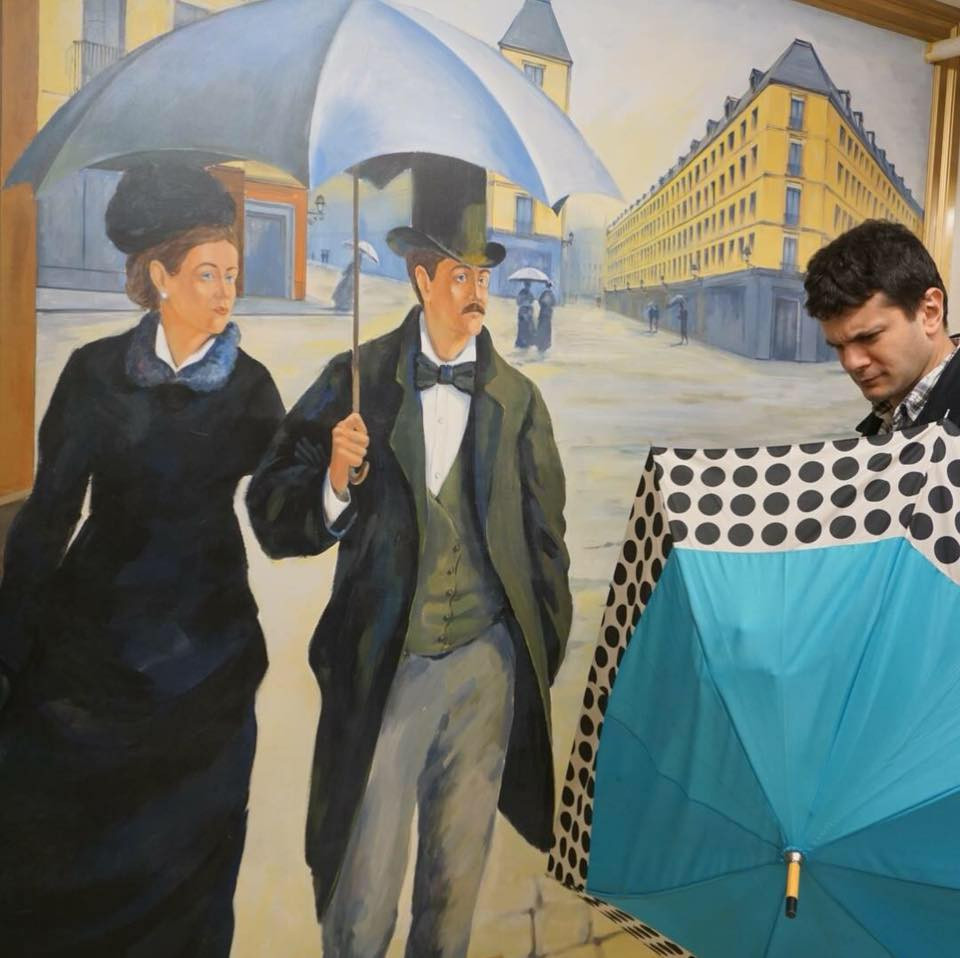 Alright, so let’s move onto what keeps you busy professionally?
I’m a writer: first and foremost. The two kinds of stories I gravitate toward the most are sci-fi drama, comedies, and satirical animation. It has not been an easy road but it’s certainly been exciting. I would want the world to know that my stories move briskly, have interesting, relatable characters and always leave you with something.

Let’s say your best friend was visiting the area and you wanted to show them the best time ever. Where would you take them? Give us a little itinerary – say it was a week long trip, where would you eat, drink, visit, hang out, etc.
I would definitely take them for breakfast at The Griddle, lunch at Salsa and Beer, and dinner at Din Tai Fung on one of those days. Then during the week, I would take them to Griffith Park Observatory, the Broad, the Getty (the center and the villa), a studio tour (Warner Brothers, Paramount), a trip to Rodeo drive in Beverly Hills, a walk along the Santa Monica pier and end the week with a full day at Disneyland/California Adventure (park hopper passes are a must).

Who else deserves some credit and recognition?
Firstly, I want to give a shoutout to the film program at the University of Central Florida. It gave me the tools to explore how to make a story visually and on my own. My screenwriting mentor Barry Sandler has guided me throughout my journey and I’ve learned a lot from his writing as well. I would also like to give a shoutout to my high school drama class troupe 4992 from Olympic Heights High School. The drama teacher, Jacquie Hasko, gave me my first screenwriting program which I still use today.