We had the good fortune of connecting with Jess Rionero and we’ve shared our conversation below.

Hi Jess, have you ever found yourself in a spot where you had to decide whether to give up or keep going? How did you make the choice?
The advice I was once given was to “keep chopping wood.” It’s a simpler, more poetic way of saying “keep going,” especially when you are lost. This is the premise of our human existence. We keep going, because it’s just what we do! The answer is just continue to continue.

Giving up is a slippery slope. Give up what? Dreams? Goals? Getting out of bed? Life altogether? I’ve had my entire existence spiral from refusing to pick up a hanger off the floor. “What’s is the point?” I asked myself, as this hanger will just end up on the floor again.

On my journey as a writer/filmmaker/human-being/bot, I’ve pulled back from projects, jobs, and turned down opportunities. I’ve essentially “given up,” or whatever you want to call it, “changed directions,” “took some time off.” All of this was me just pretending or lying to myself.

But just when I thought I was out, they pull me back in, like Michael Corleone in Godfather Part III.

I’ve definitely had moments where I gave up or wanted to give up. I had several moments today––– writing this. Oh, and I know there will be more in my future… thought I was “giving up” on my terms to have an easier life without heartbreak and rejection, I thought I was protecting myself. But that was denying my own authenticity.

You know the phrase, “Wherever you go there you are”? I am inherently my creative endeavors. I cannot abandon them. I’ve been given every red light, every sign, and every reason to throw in the towel. I’ve wondered hen I should accept that I just don’t have what it takes. But I do have what it takes. I’m here, aren’t I? I can’t give up on myself, I’m all I have and what else would I do? Seriously, I’ve tried other jobs and I’m terrible at everything.

Carl Reiner, may he rest in peace, used to check the obituaries and say “If I’m not in them, I have my breakfast.” I’m not dead, I’m alive, so it’s time to eat and get moving.

We’re alive, so let’s just do this thing.

As someone who’s felt like they have tried and failed many times, here is the part where I get to tell you that
short film of mine that I adore has been selected to screen at the LA RICH & SUCCESSFUL FESTIVAL, presented by Sogbots. It will premiere on September 4th at the Lumiere Music Hall in Beverly Hills, CA.

More about my short, Terry Fitz, SAG Eligible, can be found here: https://www.terryfitzsageligible.com/ 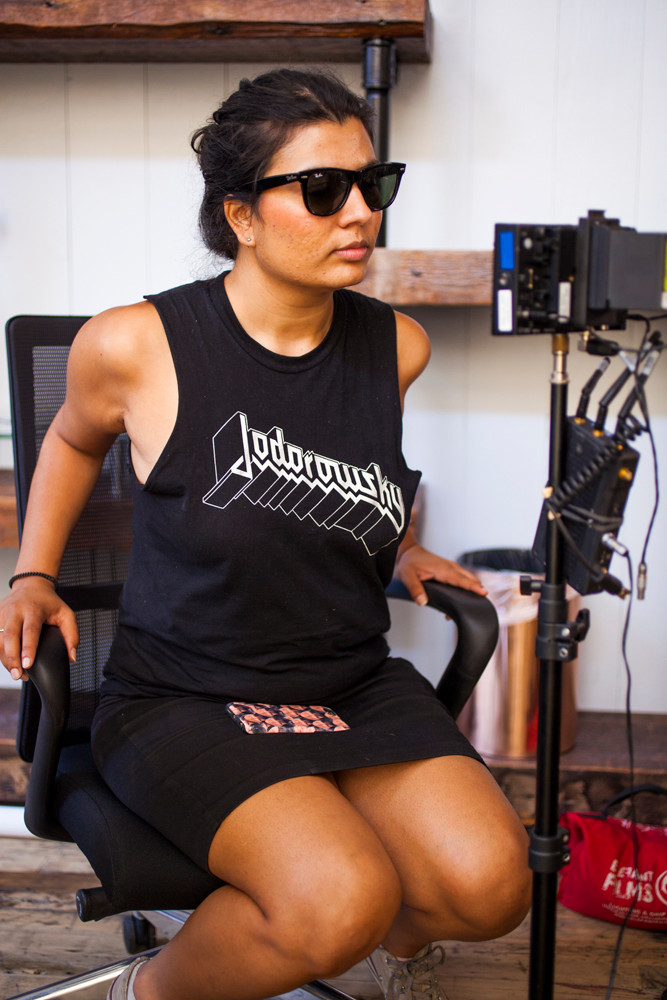 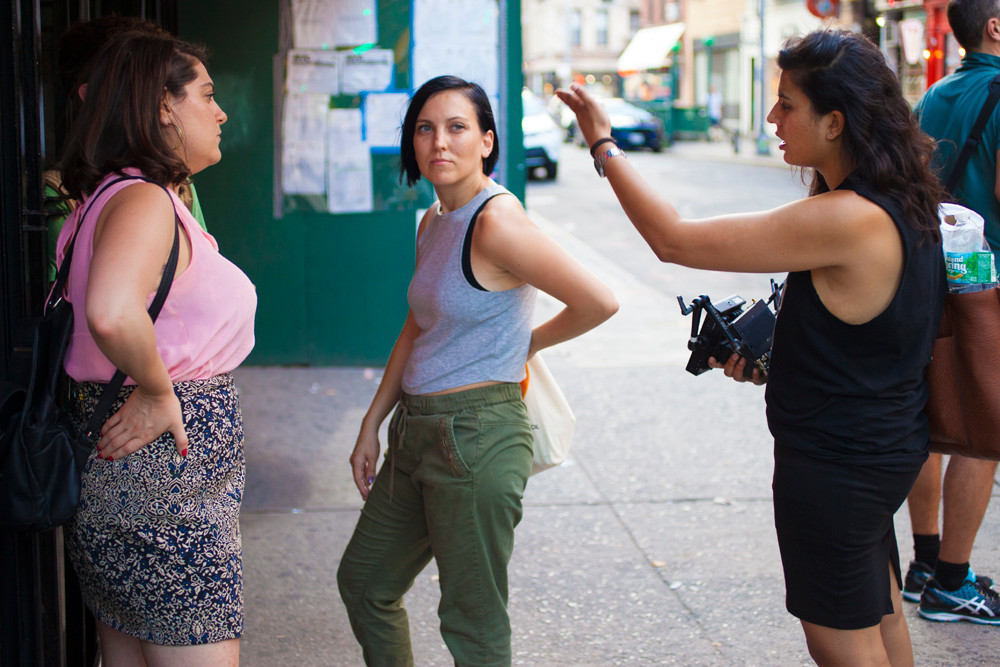 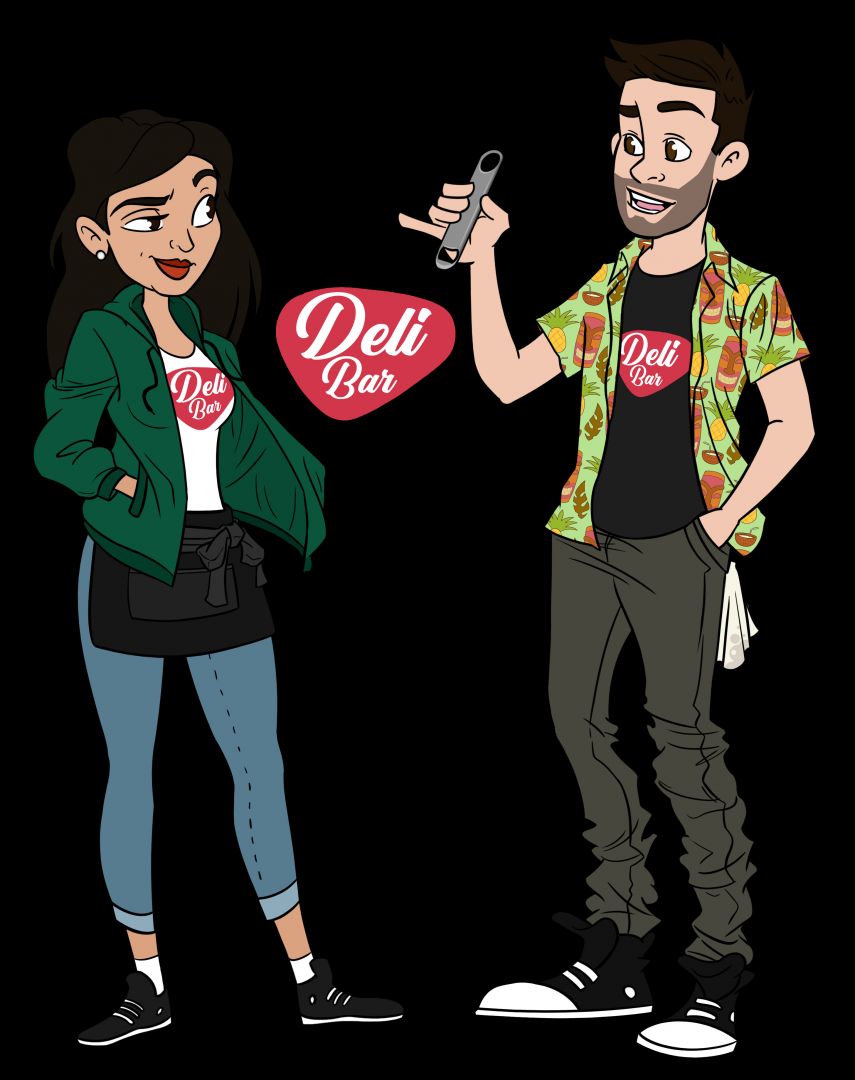 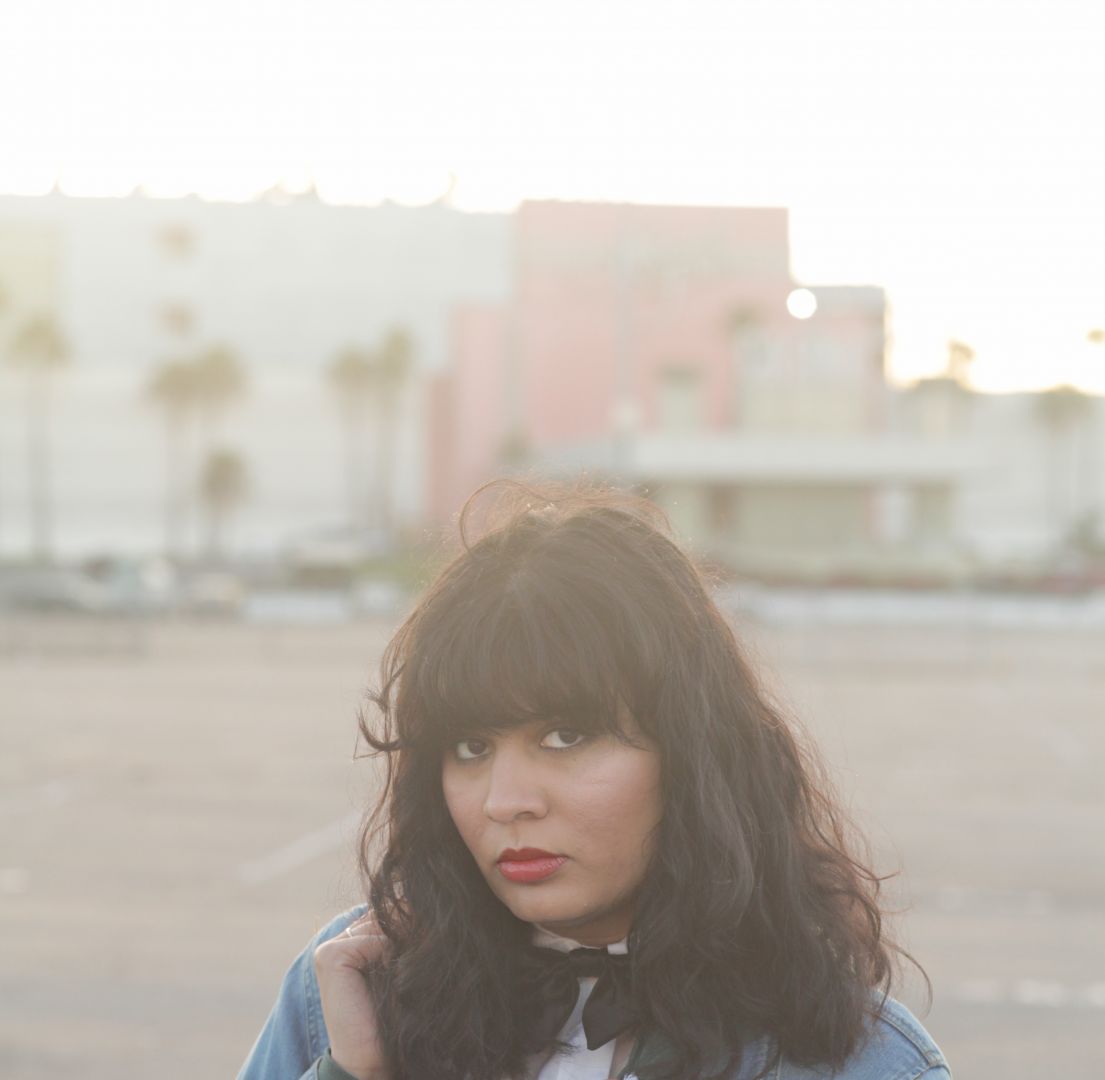 As an artist / creative type, I usually masquerade as a writer/director/producer. Currently, I am a segment producer on “The Masked Singer” television show and I also pursue other projects on the side.

I knew I wanted to get into storytelling at a young age as a mixed-race kid growing up on Long Island. After high school, I was very lucky to attend film school in New York City and meet my people: eccentric misfits.

Figuring out how to stay afloat was not easy at all. I had many jobs such as working in a video store, waiting tables, and bartending; which taught me patience which in this industry is the number one prerequisite. Even though I have achieved a lot–– I still have a long way to go.

As someone who’s felt like they have tried and failed many times, here is the part where I get to tell you that
a short film of mine, “TERRY FITZ, SAG ELIGIBLE”, was selected to screen at  L.A.’s RICH & SUCCESSFUL FILM FESTIVAL, presented by Sogbots.

More about my short, “TERRY FITZ, SAG ELIGIBLE”, can be found here: https://www.terryfitzsageligible.com/

My short film embodies the true testament to human resilience in Hollywood and I’m thrilled that over several years after filming I can still share this project. In addition, we are working on expanding this short into other mediums…all I can say now is: stay tuned folks!

Additional projects I am excited about:

My webcomic: “DELI BAR” (www.delibartheseries.com) and my debut novel “YORKER ANGELENO” has begun on its literary journey.

Gotta do the iconic LA tour:

-A vesper martini (James Bond’s go-to) at the Dresden
-Pastrami at Canter’s Deli with a beer and a shot from the Kibitz Room (Vegan + non-alcoholic options are avail of course!)
-Musso & Franks for some legendary people watching
-Larry Edmunds Bookshop across the street
-Sunset at Griffith Observatory
-Street dog with a whole jalapeno
-Smokehouse for ambiance
-A donut for dessert
-The movie theaters… gotta see something on the big screen while in tinsel town.
-And the beach 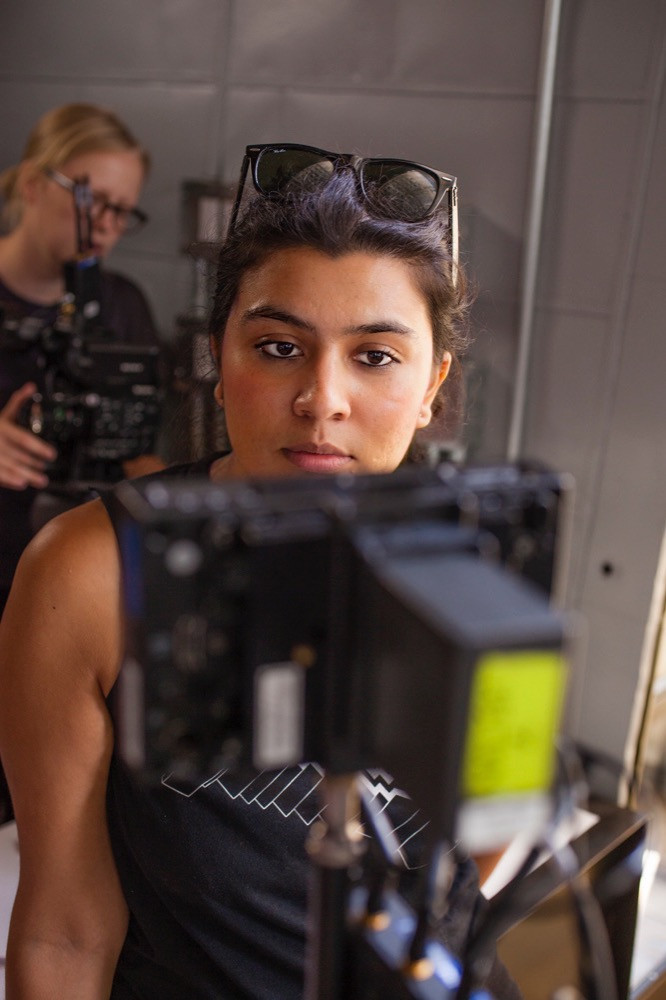 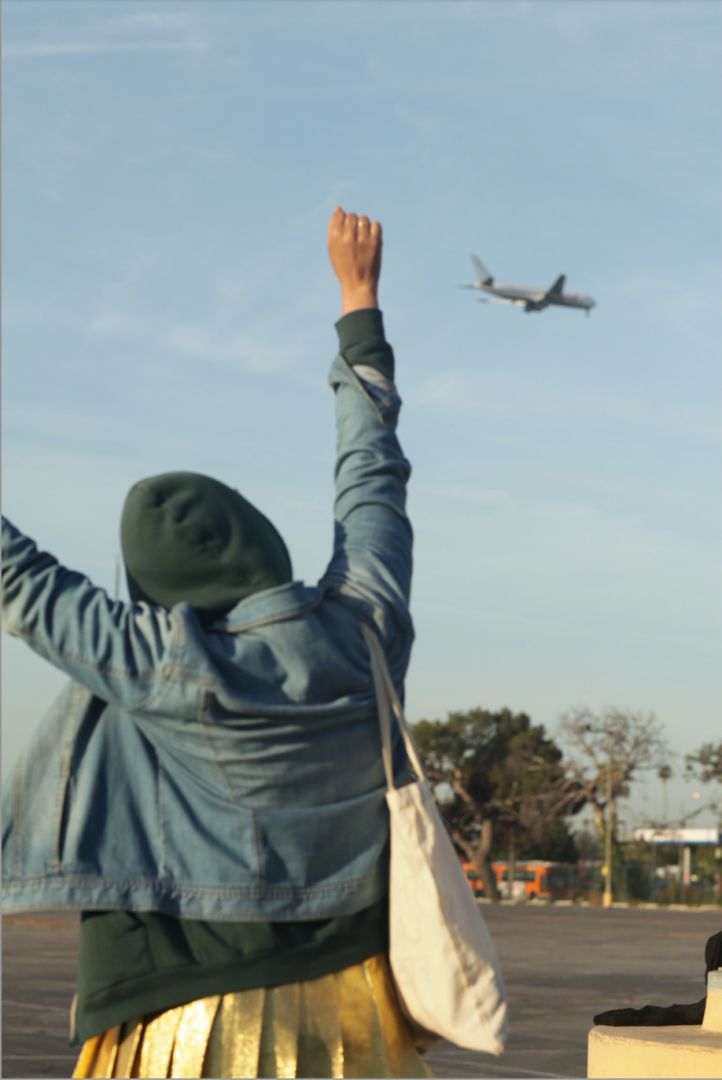 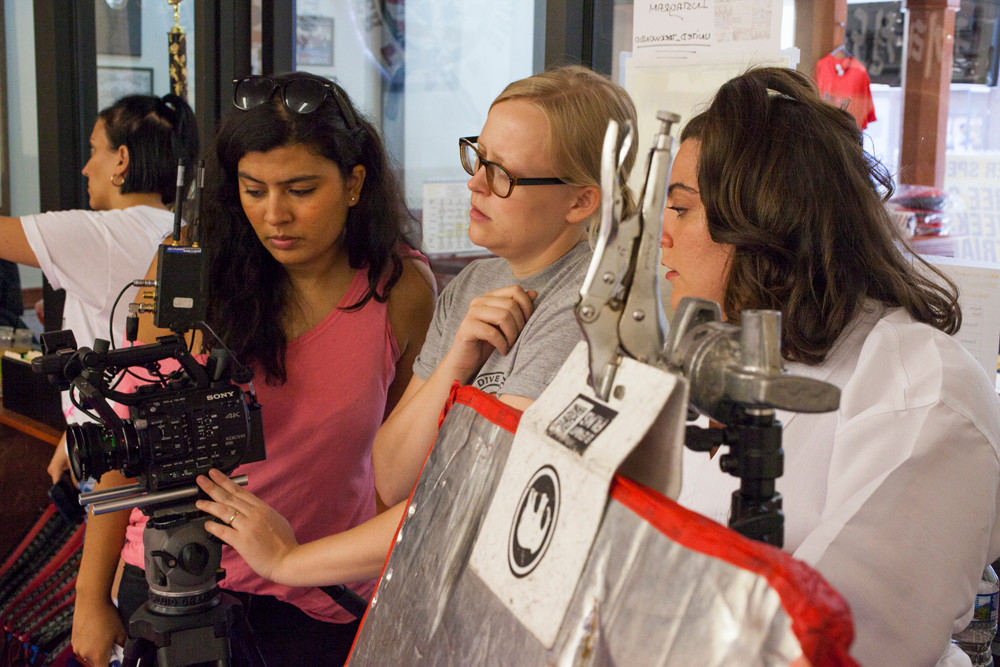 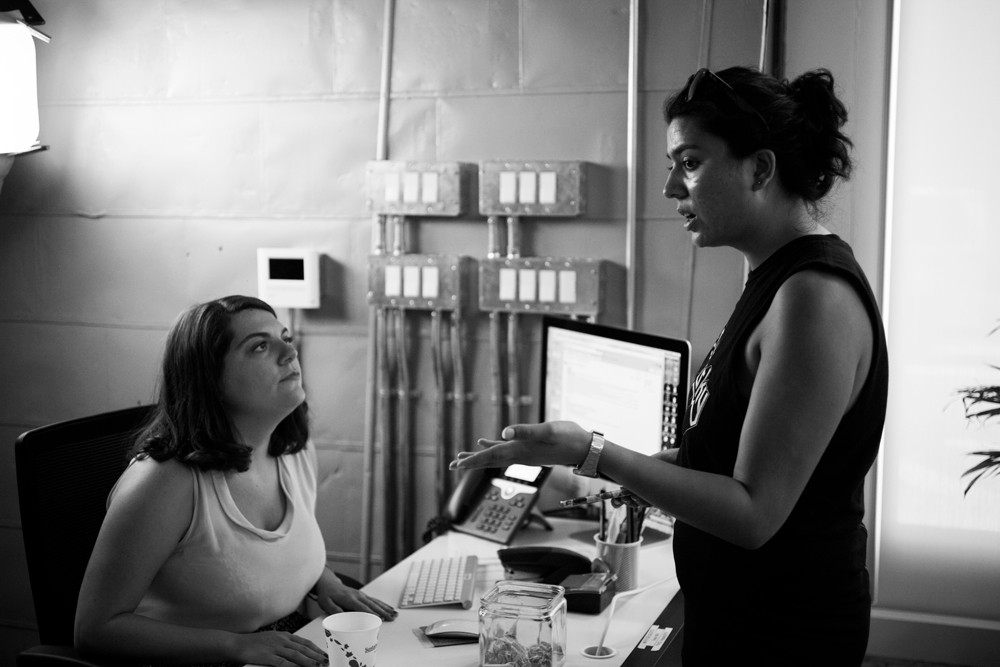 They are my creative team, my family and if it wasn’t for them I wouldn’t have made it a one week in Los Angeles. We all lived in “The Big House” an unofficial international hostel located in East Hollywood. We shared sandwiches, cigarettes, and dreams.
Those were truly the salad days––– and not fancy salad, more like a fast-food salad you get off the dollar menu but still tasty!