We had the good fortune of connecting with Jose Guns Alves and we’ve shared our conversation below.

Hi Jose, what’s one piece of conventional advice that you disagree with?
Always have a Plan B. Have a backup plan in case things don’t work out the way you hope. 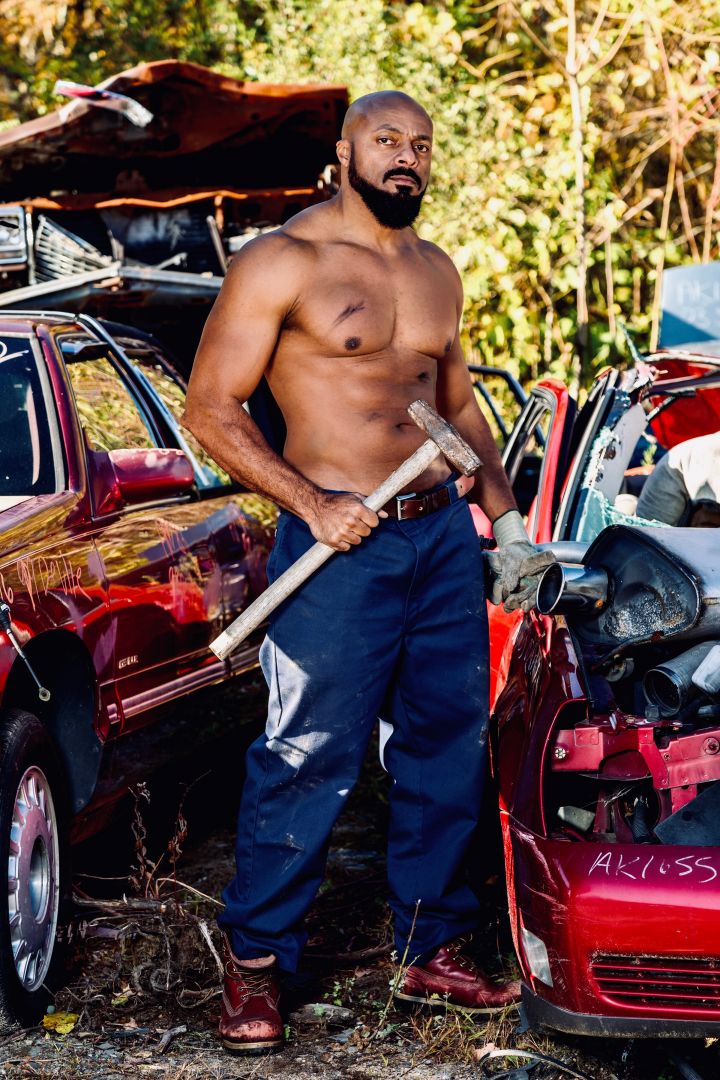 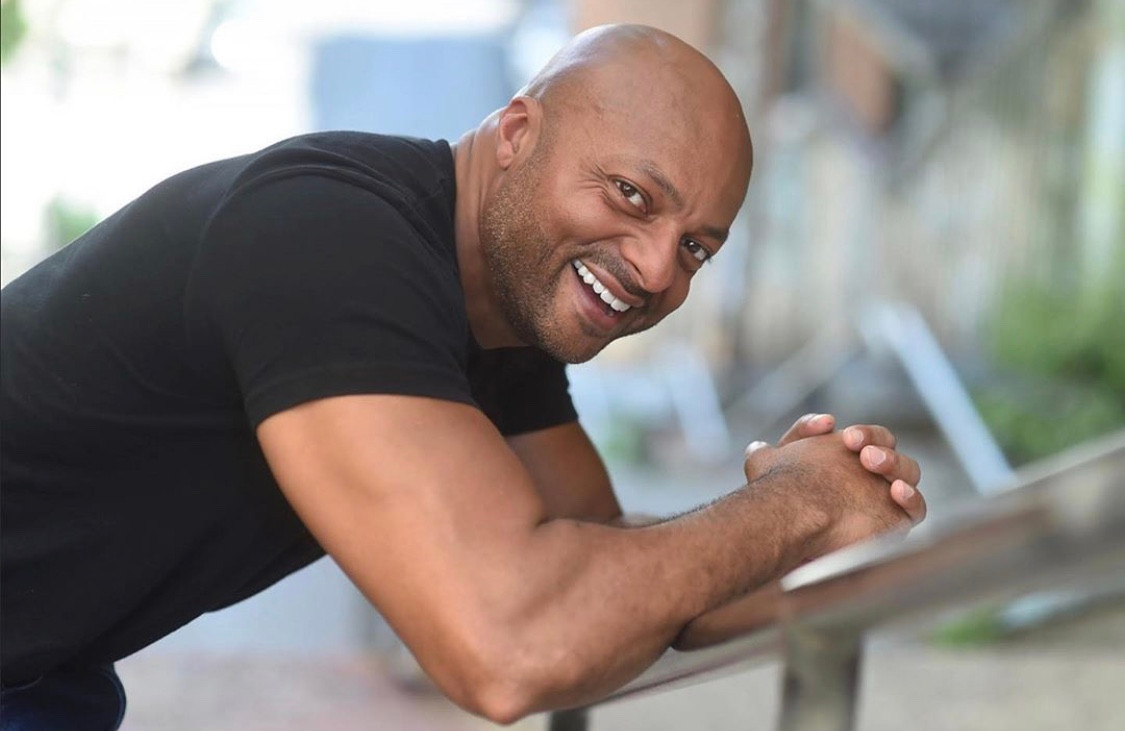 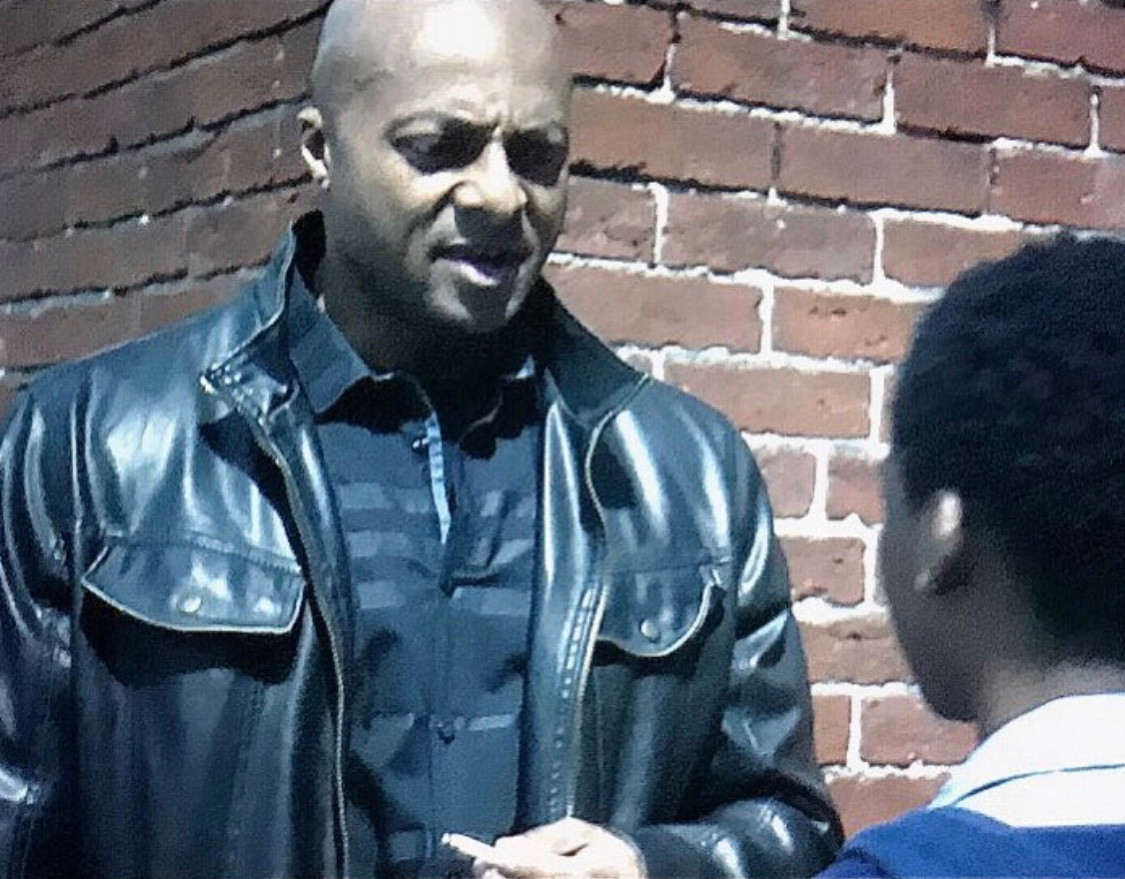 Alright, so let’s move onto what keeps you busy professionally?
As an actor, I try to bring a certain stillness to the characters I play. I’m known for portraying physically imposing, intense, edgy characters that are also emotionally vulnerable. My stillness helps to intensify everything for both me and the audience. Because of my lean, muscular frame that I work hard for in the gym and in my diet, I am often sought to play gruff intimidating roles. But with the gentle sensitivity that I bring to characters requiring vulnerability, I create a presence on screen which is strong on the exterior and soft on the interior which is true to life and relatable to the viewer. Most actors at my level play either one or the other well – tough/strong or sensitive/gentle. I play an interesting mixture of both. Few have a package like mine where I’m able to convey strength and dominance with an exposed humanity that is genuine, raw and real. I am proud that I had the courage to leave my 9-5 job in finance and create a whole new career for myself and in very short time. In the five years since I left my full-time job I have amassed twenty major credits as a principal actor in network television and major wide release motion pictures. One specific and very recent accomplishment that I am extremely proud of is a role in the upcoming feature film CODA written and directed by (ORANGE IS THE NEW BLACK’s) Sian Heder. I was called in to audition and had a callback with Sian who was trying hard to find the perfect fit for me as one of the characters, none of which I booked. However; I was told by my agent and the casting director that Sian loved what I did so much that she was actually going to write a character specifically for me in that film. She did and I was cast as Mondo. Proudest moment of my career to hear she wanted that much for me to be part of her project. That is something that will stay with me forever and I use to boost my confidence when things aren’t going well. So I’m excited that as I continue to grow as an actor with these great strides that I’ve already made, the future of my career is bright. It was a difficult, challenging experience to get to where I am today, like most actors, I’ve had my bouts of anxiety, self doubt, poverty and obstacles to overcome. But I have learned a lot about myself on this journey of becoming a working actor and I have so much more to learn and that excites me. It’s been one of the toughest challenges I’ve ever undertaken in my life but I wouldn’t change anything about any of it. The hard times build character and the great ones always seem to have great character. Besides, if was easy then everyone would do it. But as they say, “To the Victor Go the Spoils” and if you don’t have the guts to even try, then you definitely don’t deserve the rewards. I’ve had to affirm myself daily through constant study, meditation and actively remaining positive to get through the rough spots that all actors have. Without my family and friends I would not have been able to remain buoyant and find success. One great lesson I’ve learned is understanding myself and how the world sees me – how the world experiences me. It’s important to know who you are and how that fits in with how you are perceived. Everyone sees themself as the handsome lead but not everyone has the necessary qualities and tools to pull it off and I’m fine with that. Knowing what I do best and how to best serve the stories I am fortunate to be a part of helps me be a more successful actor, not only in my performances but more importantly in the roles I audition for. I anxiously anticipate what the future holds for me. I continue to hone my skills as a complete actor and strive for the next level in my career. I work hard to remain humble yet self confident and I know nothing will stop me. All I have to do is keep my nose down and keep working hard. 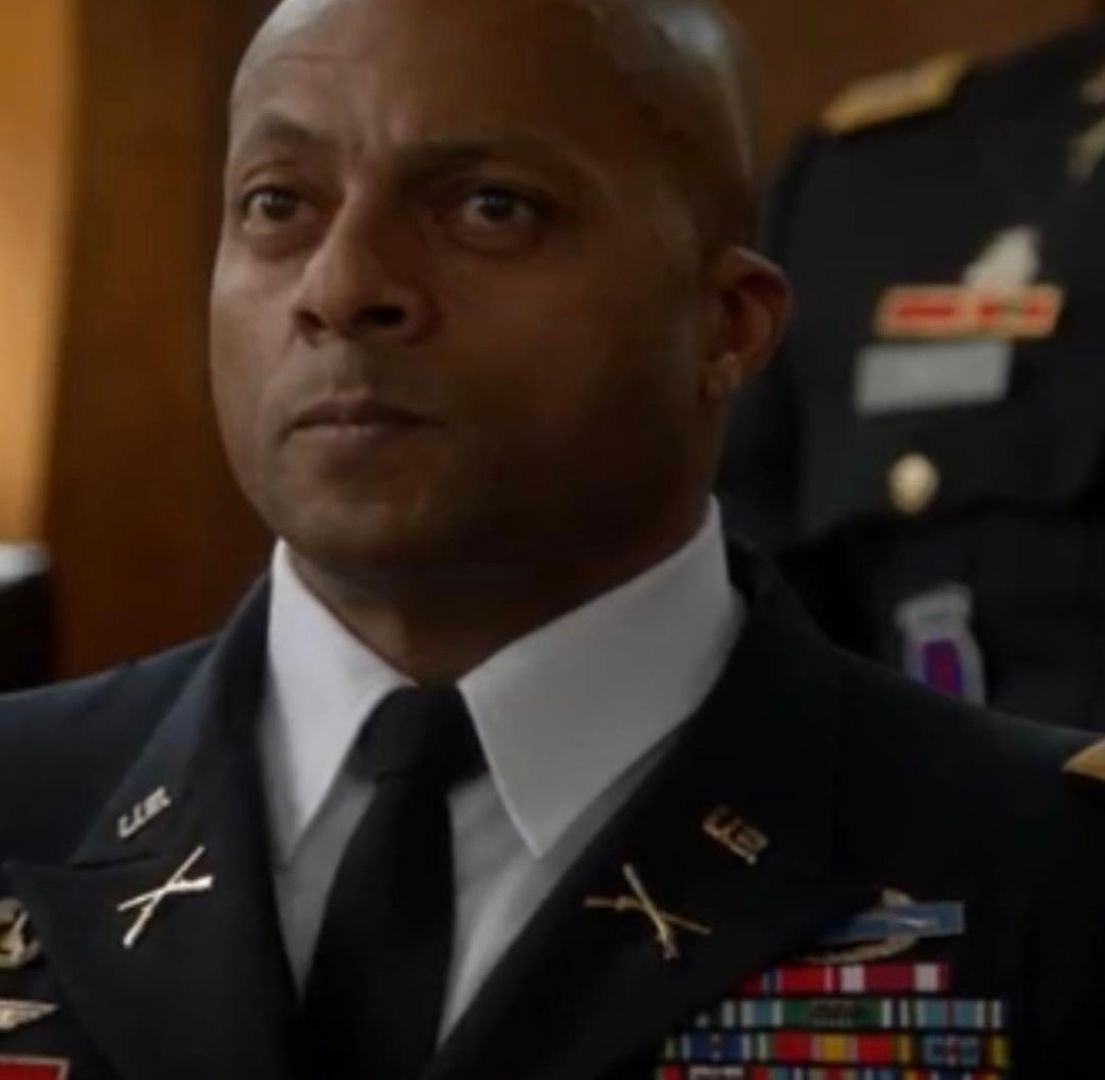 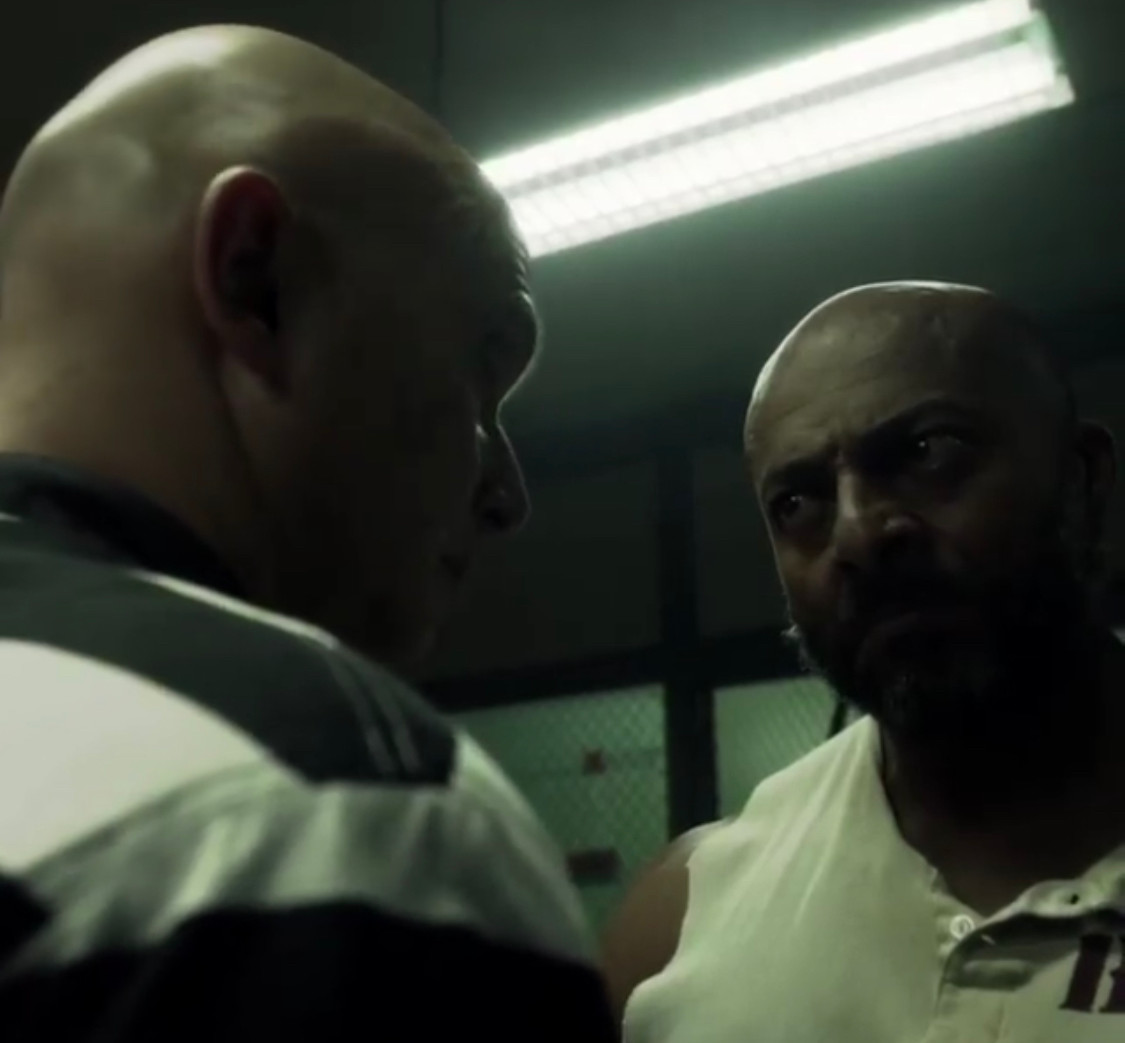 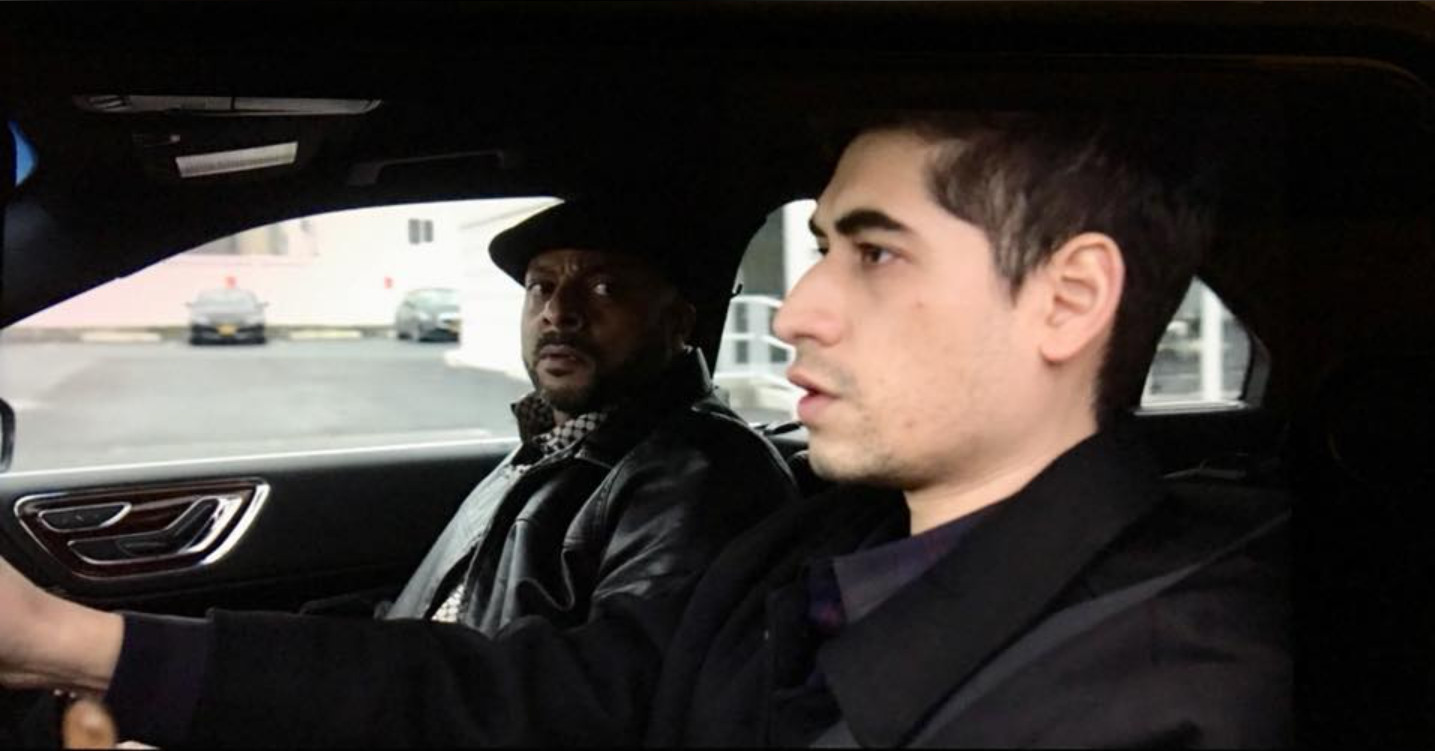 Any places to eat or things to do that you can share with our readers? If they have a friend visiting town, what are some spots they could take them to?
I’m lucky to be from Rhode Island, which is a secret treasure with a little bit of everything to offer. It has great beaches in the southern part of the state. It has quiet rural areas as well as quaint little towns. It also has rolling suburbs in it’s center and historic Newport with beaches of it’s own. In the capital city of Providence it has a thriving art community and all of this is within a forty minute drive from one end of the state to the other. In addition lil Rhody is nestled between New York city and Boston. A trip to NYC to see the lights of Time Square or for nonstop nightlife is only a few hours away. A trip to Boston to enjoy some great seafood and watch a few of the most successful franchises in sports is only an hour away. I think if I had a friend visit who was unfamiliar with Rhode Island I’d first ease them into what Rhode Island has to offer by taking them for some delicious authentic Italian food on historic Federal Hill in Providence. Then we could walk the Waterfire Place River and dip into some great little bars and Speakeasies in between sightseeing the many art exhibits on display throughout the city. Speaking with some of the local artists and universities scholars over a beer here can give you an interesting perspective on life that you never considered. The second day would be spent in beautiful Newport Rhode Island to see the mansions on Bellevue Ave and take a boat ride on the bay to do a little evening fishing. The next day I would ramp things up a bit and bring them an hour away up to Boston for some tasty authentic Chinese Food in Chinatown. After that we could throw back a few pops (beers) and see either the Sox, the Bruins, the Celts or the Pats play depending on the season. After screaming our heads off as fans we’d be ready to ratchet things up a notch or two. The next couple days we’d spend in the hustle and bustle of NYC for some crazy nightlife, visiting some of my favorite Whiskey bars and Gin bars in the city that never sleeps. Our second day in the city would be for sightseeing. We’d take in a Broadway show, the Freedom Tower, the Brooklyn Bridge, Central Park and other notable tourist attractions. After that, I think we’ll probably need some relaxation so it would be back to Rhode Island and the beaches of South County for some delicious seafood..Mmmm! – steamers, quahogs and lobsters. We could then decompress on the sunny beach after not having slept much in the previous two days and recount all the fun we’ve had up to that point. Finally, on my friend’s last day here I would bring them down to quiet Exeter Rhode Island where I grew up in the woods to visit my parents in their log cabin and enjoy hiking some trails, relaxing to the sounds of nature. That would be a pretty busy week and one that I think would require my friend to take another vacation just to recuperate from! 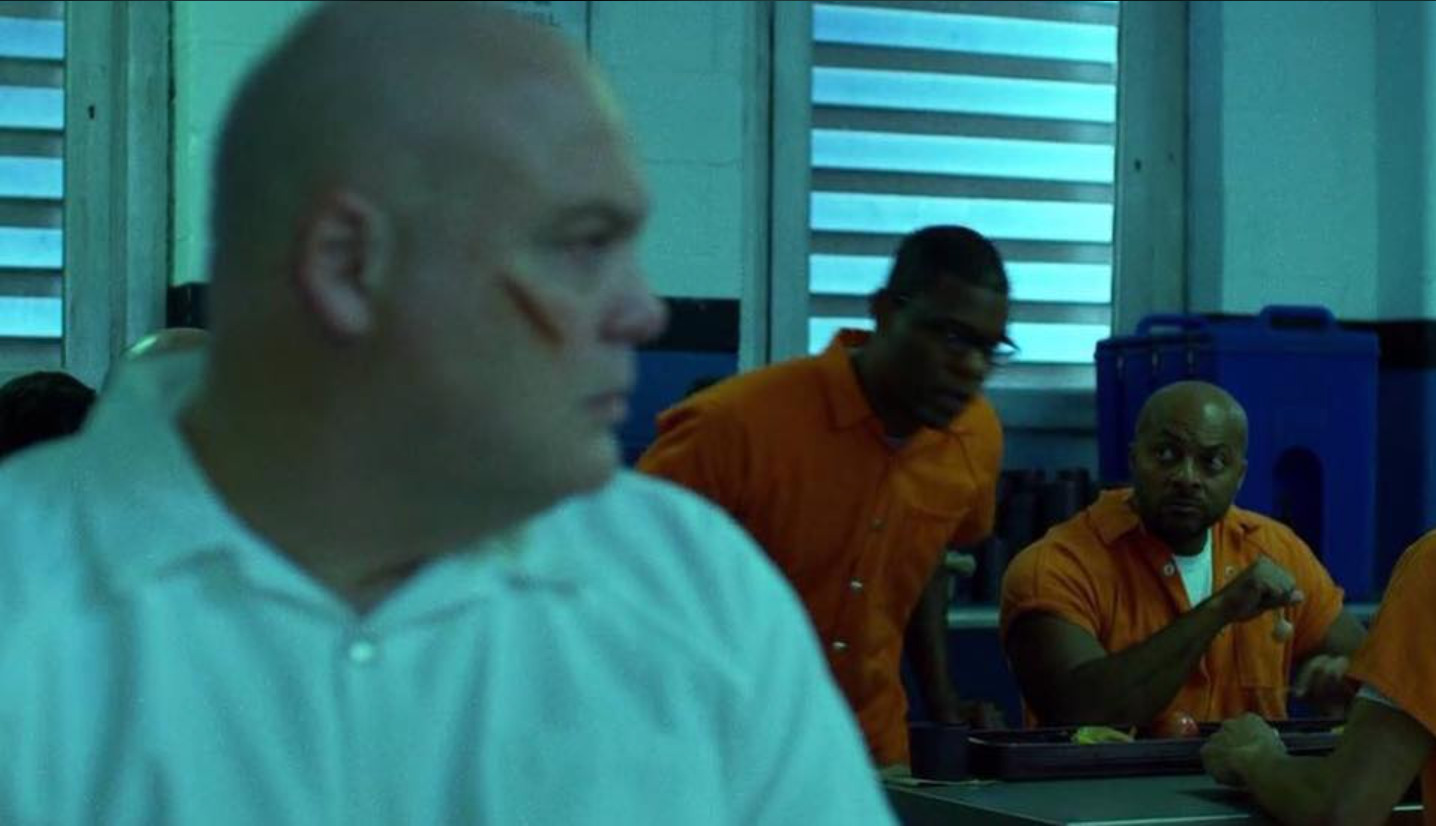 Who else deserves some credit and recognition?
First, I’d like to thank my parents for asking me year after year when I would return to acting. They helped to build the self confidence I started to develop as a child that I would need desperately in my acting career. I especially want to thank my beautiful wife Maria DosSantos-Gonsalves for all of the sacrifices she has made for me to pursue my calling. The support she continues to give me daily sustains me especially through the slow periods when I’m feeling low. I’d also like to thank my three beautiful children, Kimani, Bailey and Madyson who help me prepare and read with me for my auditions. Without their cooperation I couldn’t compete in the self-tape world that is so prevalent in today’s Covid-19 world. Lastly, I’d like to thank the acting coaches that suggested I go to NYC because they believed I was ready; specifically Tom Todoroff, Steve Blackwood and Michael Gonza who strongly urged me to pursue a career in New York City. Being from the smallest state in the union, Rhode Island, it seemed like such fantasy that I or anyone I knew would ever be on the silver screen or on television in a speaking role. How could that ever be possible being from such an unknown state or competing against actors from L.A. or NYC? But these guys were adamant and convinced me that I was good enough and that casting directors would love what I have to offer. If it wasn’t for all of these people supporting, inspiring and motivating me to “go for it” (as my mother always used to say) I would not be living my dream as an actor working regularly in NYC film/television.