We had the good fortune of connecting with Rich Morrow and we’ve shared our conversation below.

Hi Rich, we’d love to hear about how you approach risk and risk-taking
Risk taking has been the backbone of everything I have done, both in my career and personal life. Without having the faith to let go and jump when the opportunity presents itself, my life would look very different. When pursuing a career as an artist I’ve learned that many underestimate the sacrifices that come with it. It’s not just a job, or a hobby anymore, it’s a business and a lifestyle that you have to live every day. From taking the risks as an athlete to pursue my childhood dream of playing Division I basketball to risking basically everything to become an actor and have a career in entertainment has proven to me the value of having faith through it all. I don’t hesitate to take risks anymore because I know things turn out best for people who make the best out of the way things turn out. Therefore regardless of the outcome, I believe I will make the best of it and never regret taking the risk for what I want or believe in. 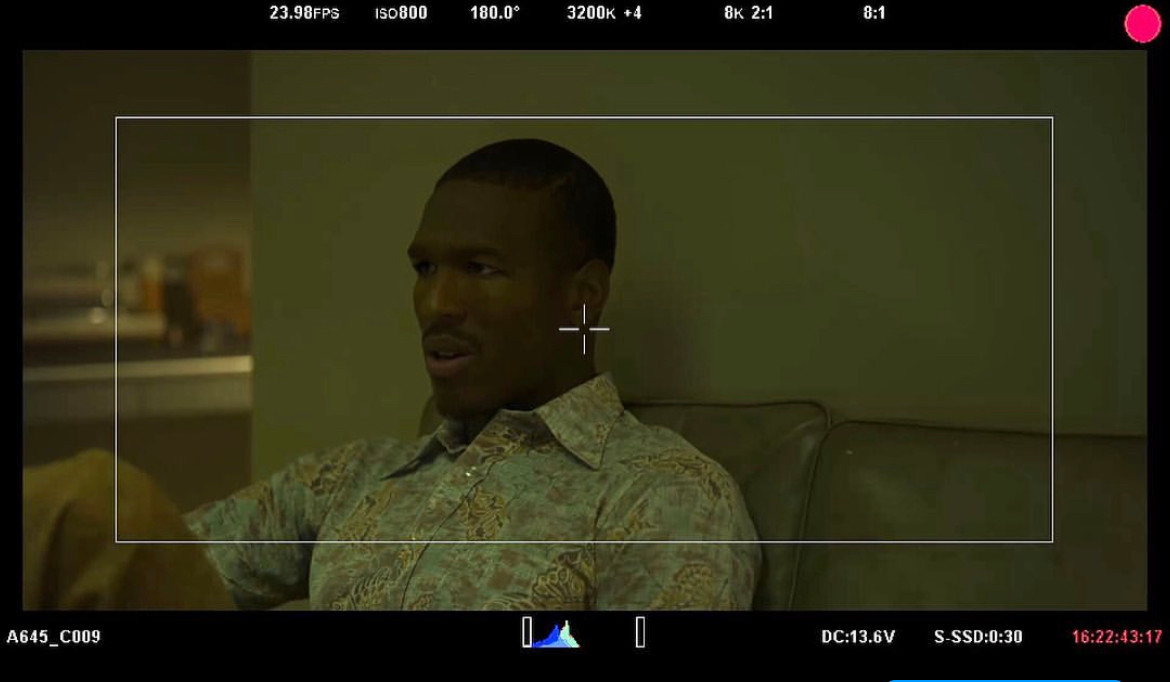 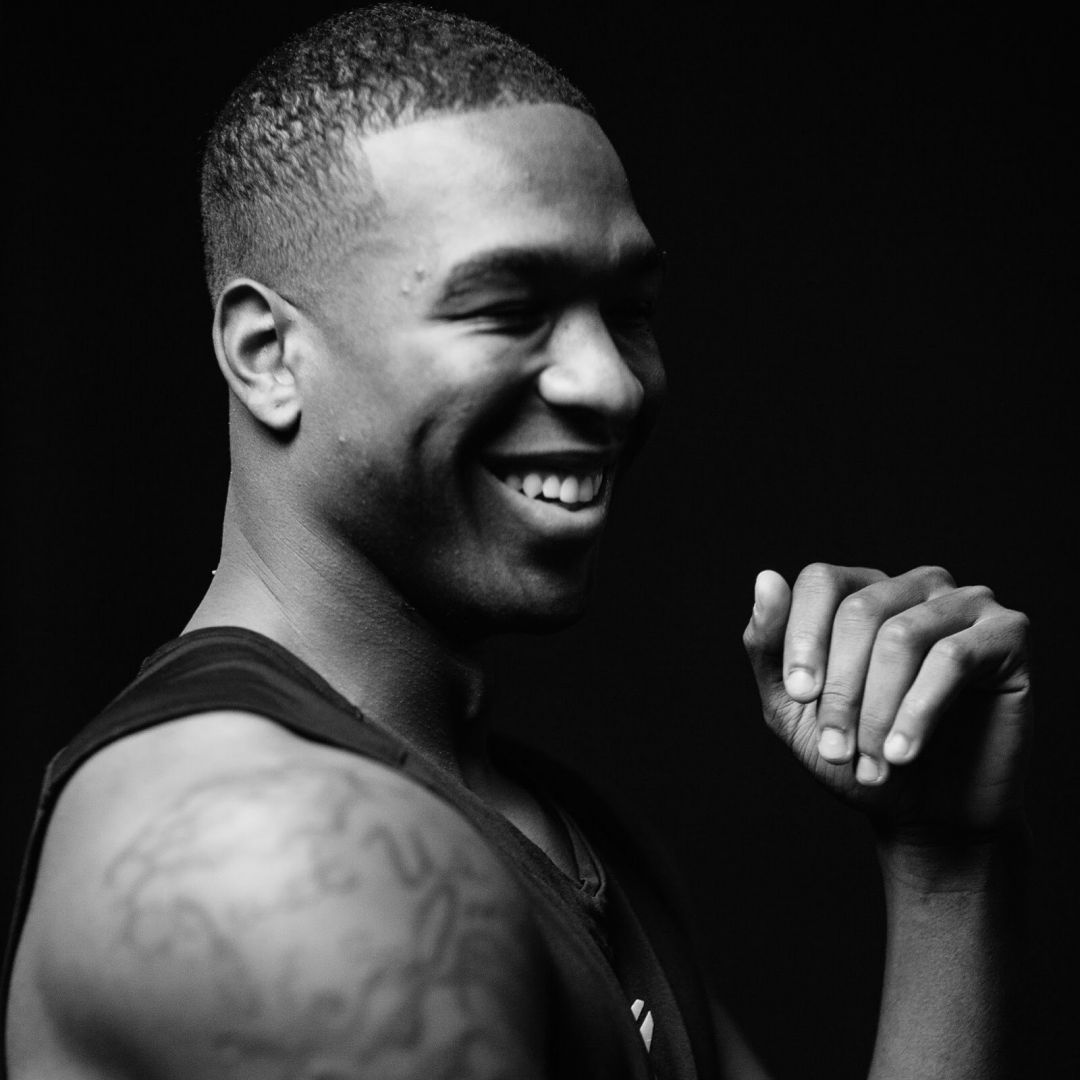 Alright, so let’s move onto what keeps you busy professionally?
I am an actor, which I’m sure comes with plenty of assumptions. I would say that I am not the typical actor having come from such an athletic and real Midwest type of background. I grew up in Cleveland, Ohio where a lot of great entertainers have reigned but the idea of being an actor isn’t nearly as common as in major cities. I feel having grown up in a city where I got to experience real life issues, people, and circumstances from all social backgrounds helped shape a lot of my realistic acting. My love for acting began, however, in college while playing basketball at Florida Atlantic University. I also have had a love for show business and the lights and all that, but the combination of learning my influence through being an athlete combined with the growing of social media made it hard for me to ignore. I began making funny vines along with other early influencers and became a part of the industry without realizing by just naturally wanting to make others laugh. But also naturally I wanted to do way more than just 6 second videos and took a look into pursuing acting a real career and God began to make room for me. It was not an easy road by any means, me and my best friend packed my car and drove from South Florida to Los Angeles and never looked back. We’ve gone from being homeless together, to working dozens of odd jobs, and struggling all while I had to constantly figure out how I was going to make my dreams of truly acting on television and in films. I learned the art of patience and persistence while constantly pounding the pavement. It’s tough not being able to see immediate results or knowing what direction to take as an actor because everyone’s journey is unique. However, it’s not impossible when you understand majority of the work of an actor involves working on yourself, and developing as a human being in order to properly tell your truth. If I could pick one thing I would want the world to know about my story it is that I’ve always had a voice inside of me telling me my dreams are possible and that we all should listen to that voice in us. I’ve never believed in dimming another’s light to brighten my own because I truly believe we all our talented and capable of anything and try to spread that belief to others to believe in themselves. I never knew how it would unfold but I did know it I kept following that voice that it would. Now, I have over 30 television & films credits in just 7 years. Including roles in 3 #1 rated shows, and a #1 movie as well. My role I’ve been most excited about thus far may have to be my role as ‘The Playmaker’ Michael Irvin on NBC’s Young Rock. 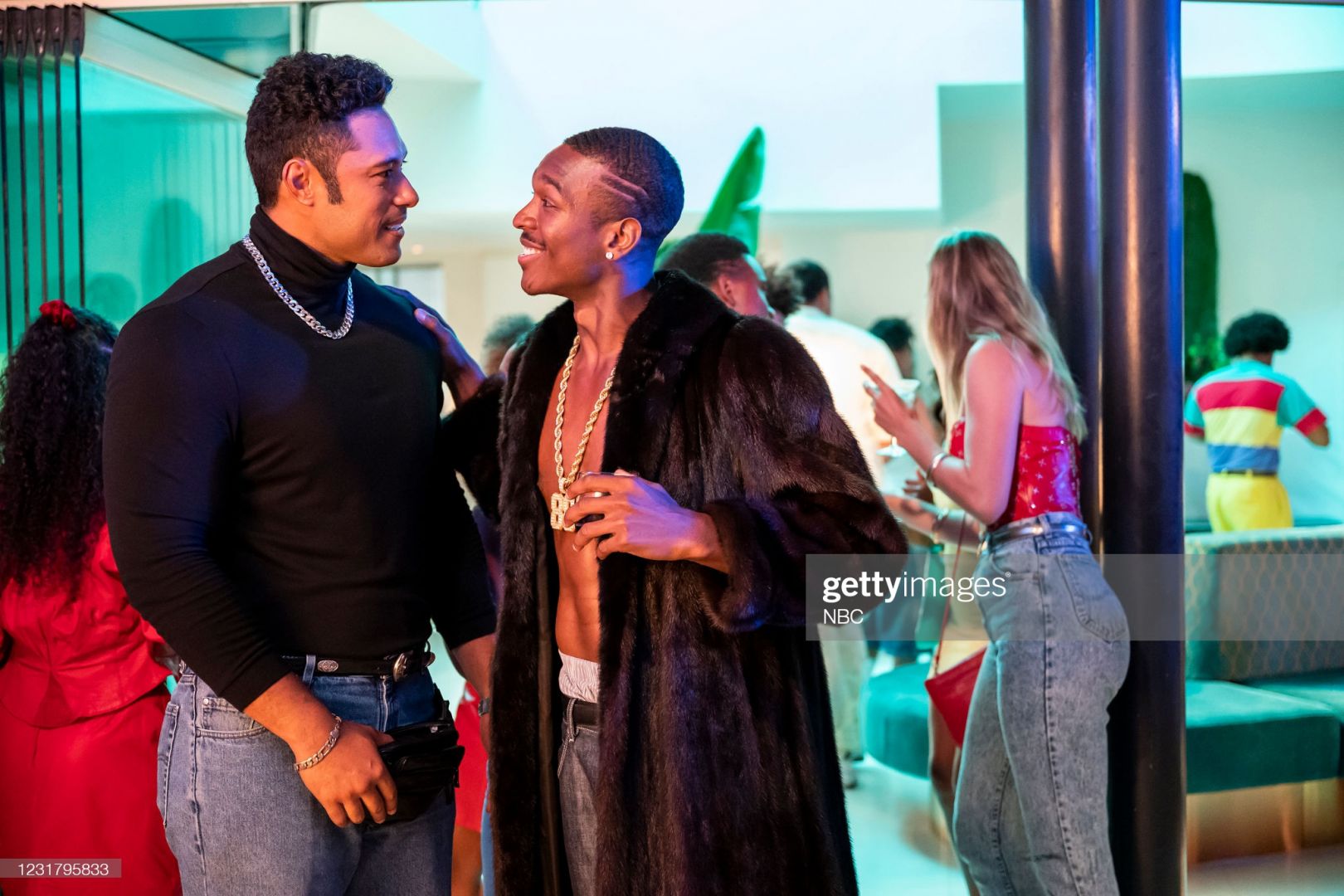 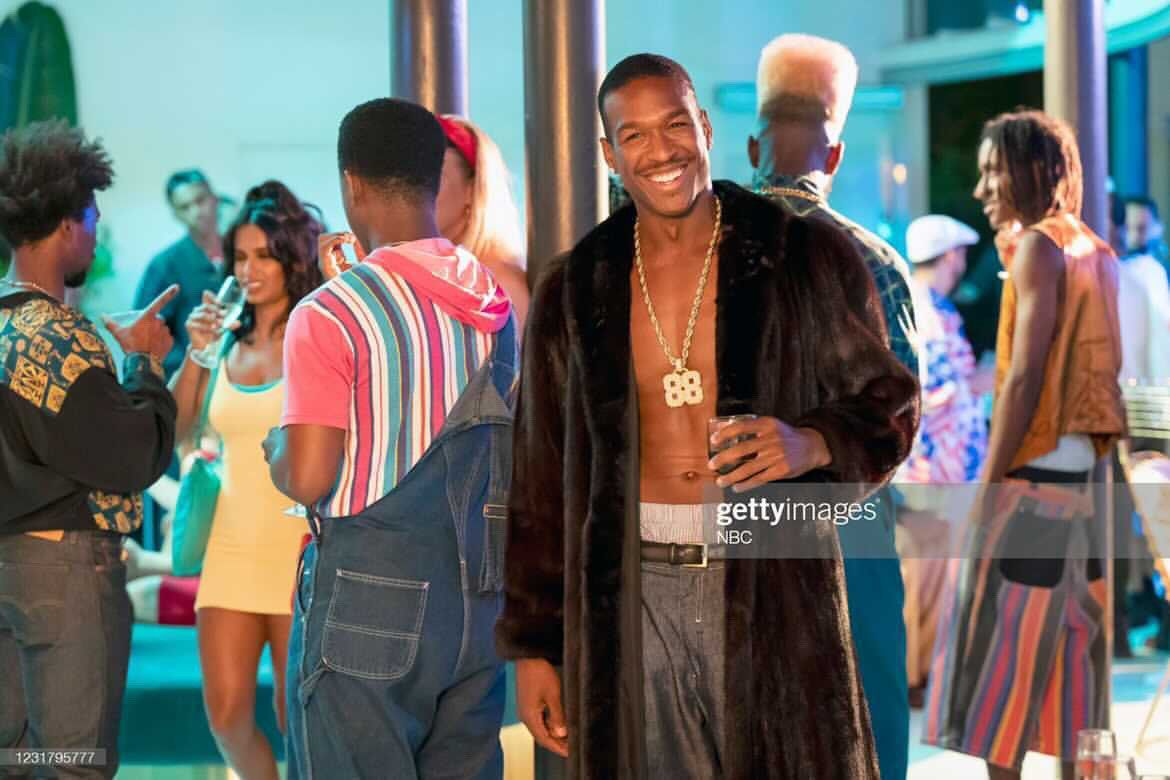 If you had a friend visiting you, what are some of the local spots you’d want to take them around to?
If my friend came to visit LA and it were there first time, we’d start it off by driving along the beach in Manhattan to take in the views. Followed up by some Soul Food at Dulans over in Inglewood for sure. I’m a huge fan of the smothered chicken with gravy, can’t go wrong. I’d also take them to the Malibu mountains to check out some scenery you can only catch if you know where to go. Then it’d be a combination or checking out more views and eating good food throughout the city and of course some of the architecture on the houses, I love cruising through the city with the windows down taking in the weather jamming to some music; in Cleveland we only could do that for a couple months a year growing up. 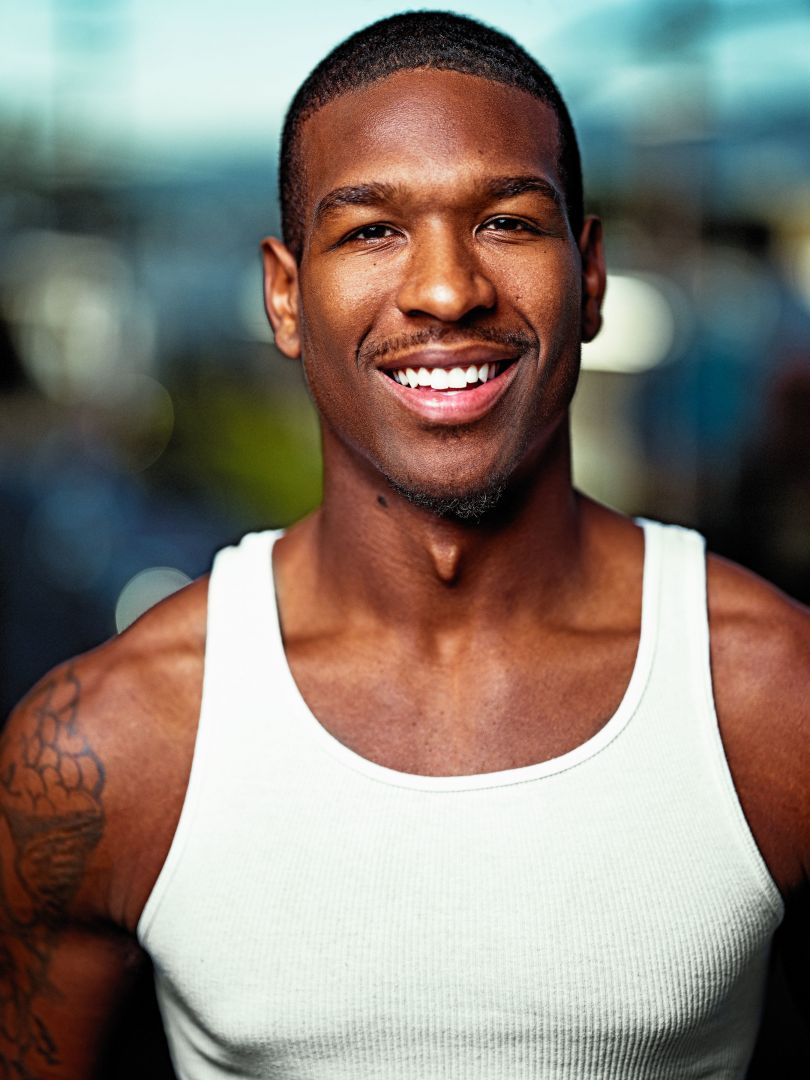 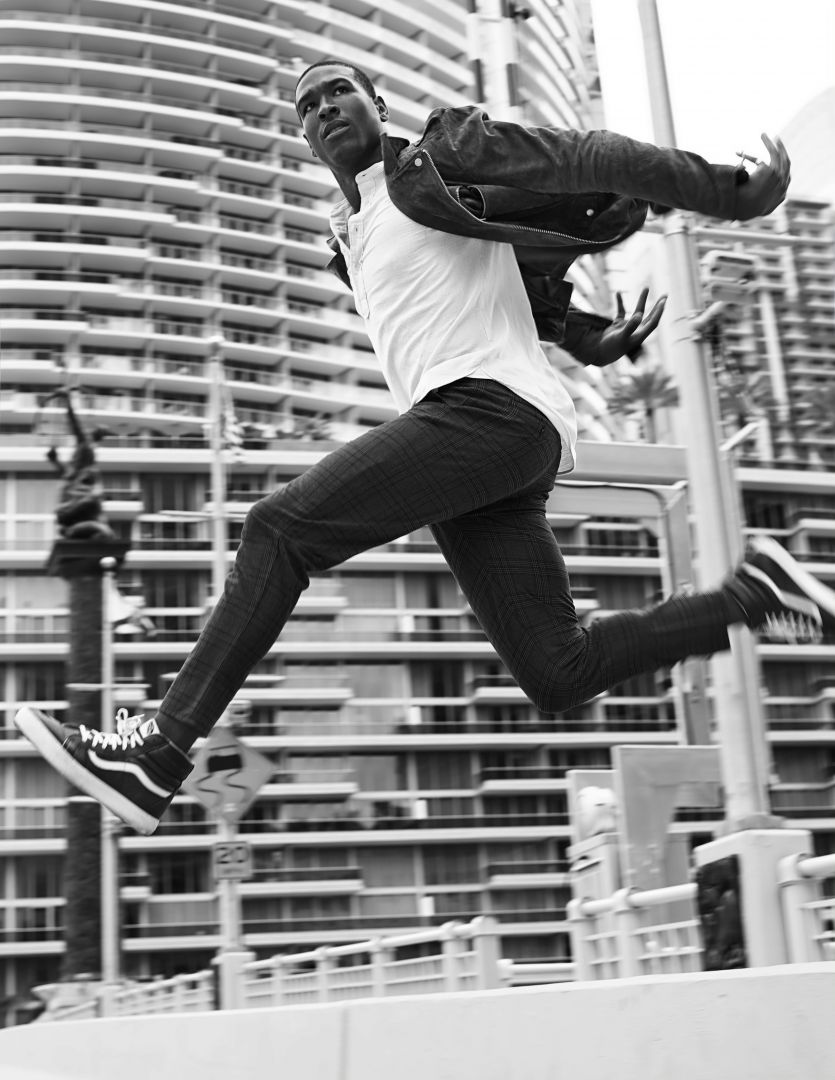 Shoutout is all about shouting out others who you feel deserve additional recognition and exposure. Who would you like to shoutout?
I give credit first and foremost to God because without his grace I could have accomplished nothing at all. Secondly, I thank my mother who gave me the space to grow into the man I’m still becoming since an early age. I also want to thank all of my family members and friends (in which there are too many to name) that have supported me when I’ve needed a helping hand or shoulder to lean on. I truly have been blessed to have the people who have been there for me when I’ve needed someone most. Also a special shout-out to my acting coach Iris Klein for here continuous support and love throughout the years, she truly transformed the way I view myself and others through her wisdom and excellence in the craft as well as her nurturing nature from being a mother.