We had the good fortune of connecting with Ryan Shores and we’ve shared our conversation below.

Hi Ryan, why did you pursue a creative career?
It almost happened by accident. I didn’t have any path when I arrived at college, but was made to understand that as long as I went to college everything would be okay. I enrolled in a dramatic arts degree and assumed that over the course of the next 4 years i’d figure out what I wanted to do with my life. At the end of that 4 years, I hadnt figured ANYTHING out. I was 5 days from graduating, and I had no direction, no plan, no job lined up and no idea what i was going to do. I was scared, angry and frustrated. I felt like I had been lied to by the world.

So on the final night of college, the dramatic arts department hosted a sort of performance art medley night for it’s graduating seniors. You could sign up to do whatever you wanted; sing a song, read a monologue, do a dance, etc and the entire department, students and faculty would be there to see you. I signed up to do “standup comedy.” I had never done standup before, but i wasnt really planning on getting laughs; i was going on that stage to vent. I went up, in front of everyone i’d met over the last 4 years and ranted about what a waste of time college was, how annoying theater majors are to be around, and all the things i should have done instead. Not only did i get laughs, i got a standing ovation. I walked on that stage thinking this would be a one-and-done experience, but i walked off knowing that standup comedy was something I HAD TO DO for the rest of my life. 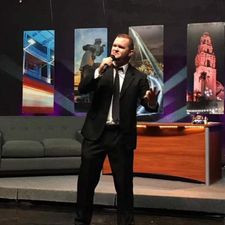 Let’s talk shop? Tell us more about your career, what can you share with our community?
It’s hard to talk about your own art and not sound pretentious, haha, but I will say that something I’m proud of is my persistence. A friend once told me “the secret to standup comedy is to still be doing it 10 years from now.” A lot of people quit, 99% of the people I started out with 12 years ago are long gone, and for good reason. It’s a competitive, frustrating, and difficult business. You have to do it for years before you start getting paid any real money, and even then it can be very hard to generate income. I was very lucky to start getting road work early into my career (about 1-2 years in), but i was still holding down a day job. So often times that meant I had to work from 9am-6pm, get off work, go home and change, then drive 1-3 hours to a different town, do the show, get home around 1-2am, and be up for work the next morning to do the whole thing again. And I couldnt take any time off from my day job, because I was saving all my vacation hours to go on short tours around the country, and I couldnt take any time off standup, because its very easy to lose all your momentum. That’s why guys say “im just gonna take a little time off” and then never come back. I’m lucky I was 24, because I dont think i could handle that schedule at 35. When guys older than me say they are thinking of getting into standup, i think “man, good luck, because those first few years are a young man’s game.” 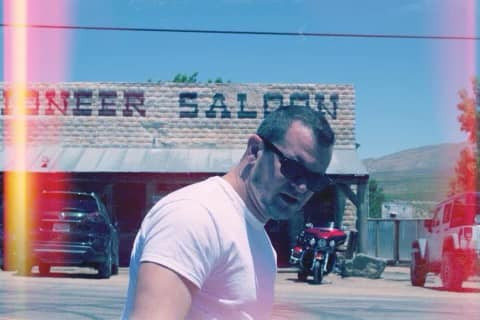 If you had a friend visiting you, what are some of the local spots you’d want to take them around to?
The first thing we would have to eat is mexican food. I have toured all over the country, and everyone THINKS they’ve had good Mexican food, because they don’t know any better. I grew up 2 hours North of San Diego, and for 18 years thought I had tried authentic Mexican food and was VERY mistaken. you have to do one fast food place like Sombreros, and one sit-down place like Marietas. Then we would have to hit a microbrewery to get a beer that you cant get anywhere else in the world. San Diego has an abundance, but my favorite is the Burning Beard Brewery in El Cajon. During the day, I would bring them to Ocean Beach or Belmont Park, and at night i’d take them to see a band at Brick by Brick, or a comic at the Madhouse Comedy Club. 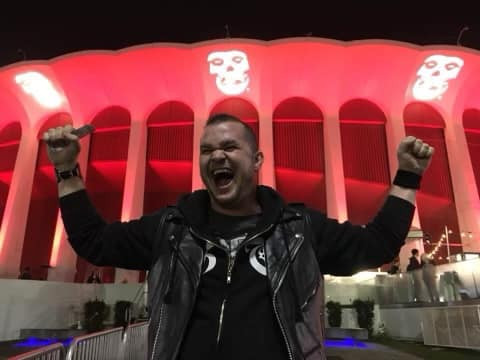 Who else deserves some credit and recognition?
We owe everything to 3 factors: influence, I’d say my biggest influence is Henry Rollins; while not exactly a standup comic, he influenced me in the art of critical thinking, and being a performer that has something to say, as opposed to being someone that just wants to say things.

Having a mentor is imperative. A mentor should be someone that not only has more experience in your field, but also in life, and can advise you on both your career and personal well being. My friend Adam Sank, a new York City based comedian, who i met while he was living in San Diego has always been there for me in that capacity; he’s someone i can call and say “I THINK I’M OVER MY HEAD, I’M GONNA FAIL, AND WHEN I DO, ITS GONNA BE IN FRONT OF A LOT OF PEOPLE!” and get talked down off the ledge.

And more important than anything is having support, and I get that 100 times over from my wife Erin. Being married to a comic is not easy. Imagine your spouse saying “several times a week im gonna spend all night at a bar or club. I’m gonna be around a group of people that have an affinity for recreational drug use, 1-2 times a year, im gonna be gone for long stretches of time around the country, and nothing about our life is private. If we have problems, i’m gonna make jokes about it to crowds and they are gonna laugh at them (hopefully).” Despite all this, my wife ALWAYS encourages me to keep going and do more, and is accepting of the life. When people interested in getting into standup ask me for advice, one of the first things I ask them is “are you married? Because if so, you can expect that relationship to be TESTED hardcore.” 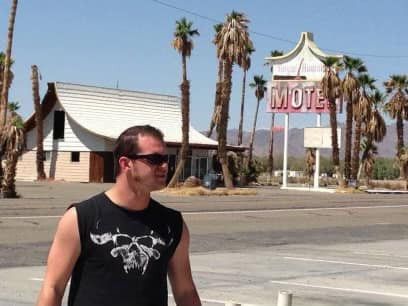