We had the good fortune of connecting with Sharyl Holtzman and we’ve shared our conversation below.

Hi Sharyl, what led you to pursuing a creative path professionally?
I think it’s more the other way around, it pursued me 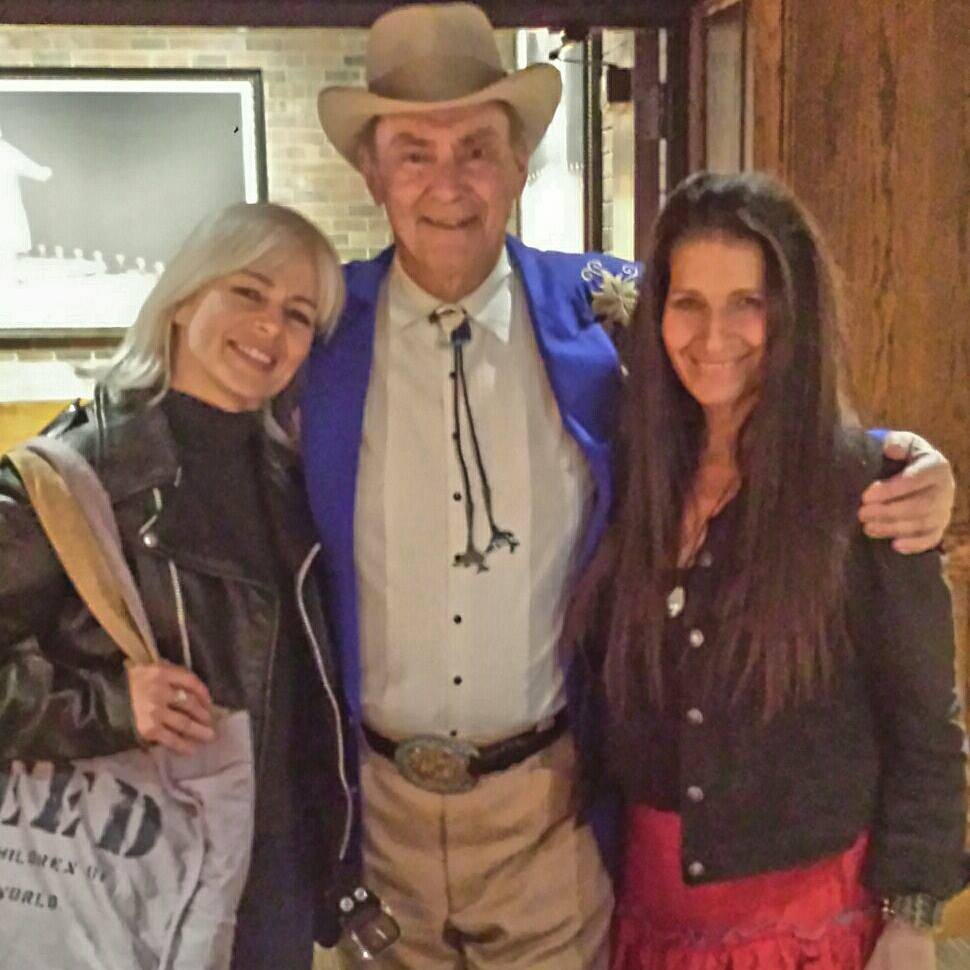 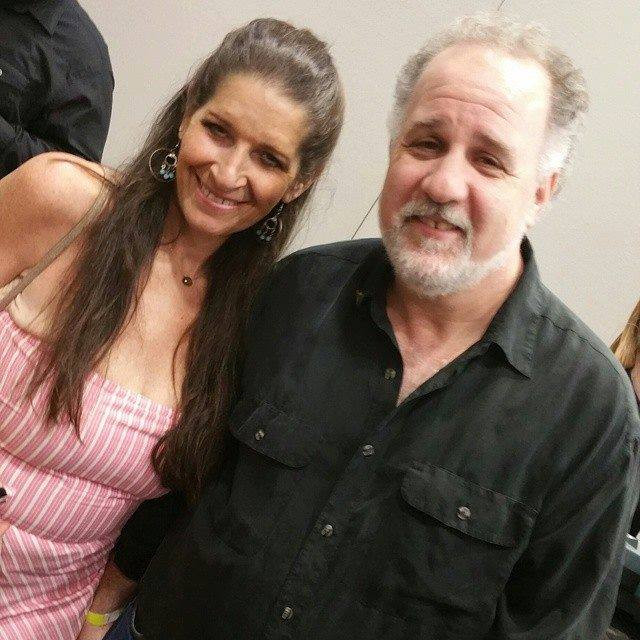 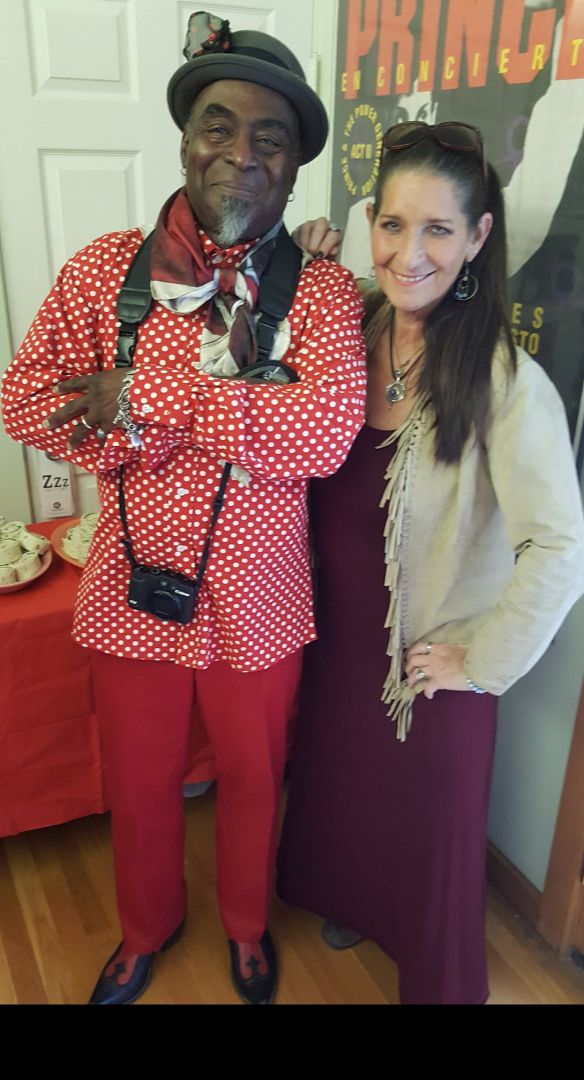 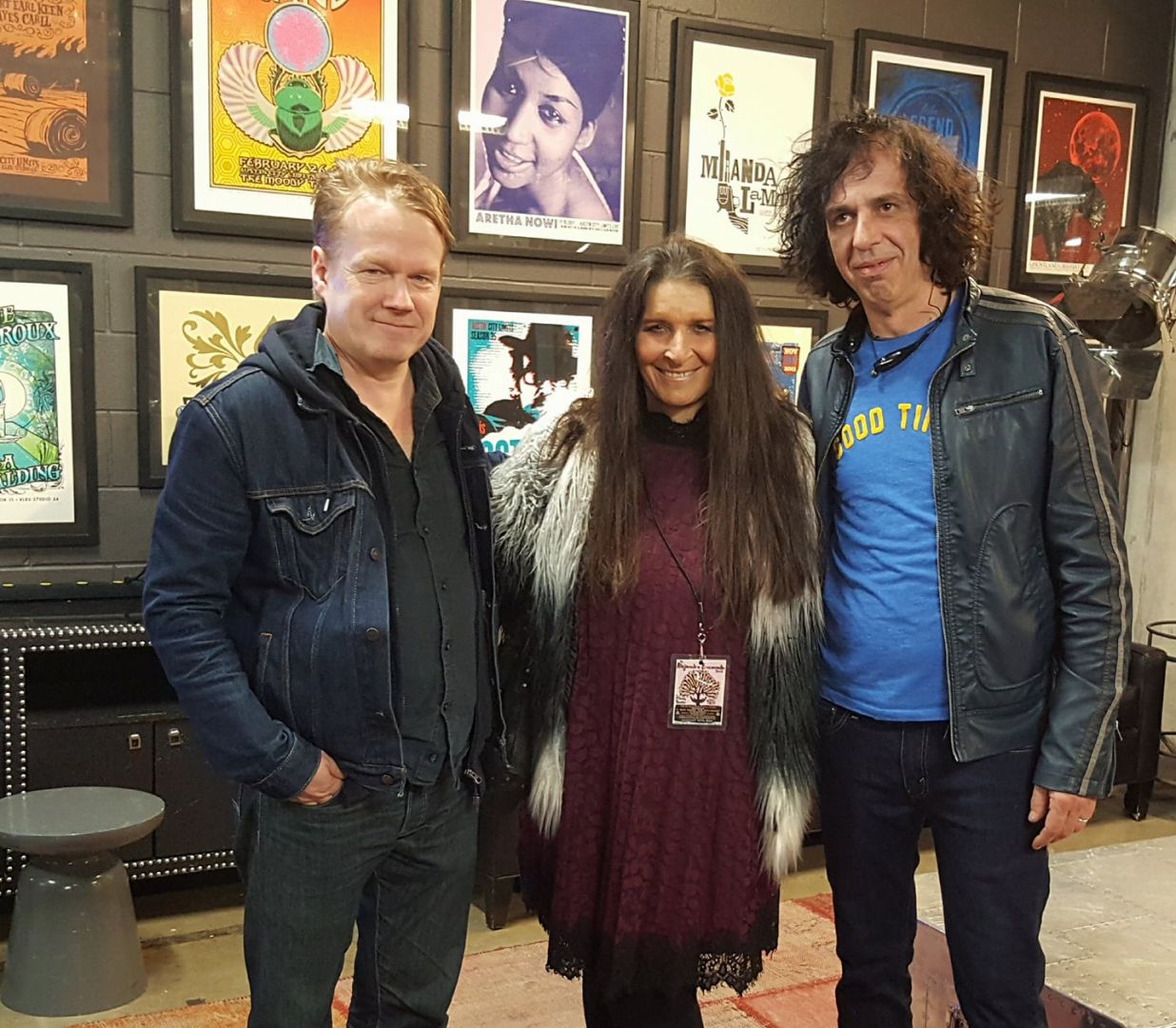 Can you open up a bit about your work and career? We’re big fans and we’d love for our community to learn more about your work.
I am in a field with amazing communicators and event managers (or producers, we get a few titles along the way! What you get with me is compassion and heart. We are taught that ‘feelings’ aren’t professional and I don’t think that’s true at all. You can do both. I listen, and the creators/organizations I work with know I hear them. I inspire trust in my ability to steer and meet goals. They know I understand and distill complex needs, and can distill them. The events I do, the communications strategies I create and implement, are clearly in their voice – but one with the necessary tools to reach their targets. I never tire of the knowing smiles of clarity and understanding, the head nods. They know my background comes from a diverse range of small and grassroots organizations and creators to working with one of the largest entertainment corporations in the world, equally fluent in both. I have done every job from the ground up; my team of people working with me stays with me for these reasons as well. Nicholas Tremulis has always said I have the soul of an artist with a steel-trap mind for business, delivered in a way that draws people in and makes them happy to be there.

Any places to eat or things to do that you can share with our readers? If they have a friend visiting town, what are some spots they could take them to?
I am based in San Pedro now, the furthest south part of Los Angeles, also the Port of Los Angeles, so starting here and doing a loop through and around downtown LA to Silverlake to Venice and back is a must! We’d start in San Pedro with a visit to The Corner Store for coffee and pastries, and a great place to buy souvenirs from local artists, then to the galleries, candy store, in our downtown, the historic U.S.S. Iowa; through Cabrillo Beach to the Korean Bell, Point Fermin Lighthouse, with a stop at the Pacific Diner for lunch before a coastal drive through Palos Verdes to catch an ocean view sunset with cocktails at the Terranea Resort and then head to dinner at the old school italian steak house J. Trani’s. Next day, on our way to downtown Los Angeles we’d stop in the smaller port town of Wilmington to go to the Chowder Barge, seafood/lunch/breakfast diner on a barge on the water. Make our way to the Broad Museum, Disney Hall, the Mexican Cultural Arts Center and Olivera Street, check for music at Pershing Square or 7th and Figueroa, have a happy hour cocktail on the rooftop at Perch, and finish in Little Tokyo for dinner. Silverlake & Echo Park – drive through the reservoir, slice of pizza at Two Boots, Intelligentsia for a caffeine pick me up, hit all the boutiques and small shops, drive through Griffith Park, pull over for scenic views, do a short scenic walk; stop for happy hour at the real deal Red Lion German Pub before heading to the Edendale for dinner. Hollywood – two days stay at the Roosevelt Hotel, get in some poolside time. Gotta see the Boulevard, Hollywood and Highland, the Kodak Theatre, Grauman’s Chinese; tour Paramount Pictures and have lunch there. See the Morrison Hotel Photography Gallery in the Sunset Marquis and stay for dinner. Next day do a drive through the Hollywood Hills, Beverly Hills and Bel Air, see Rodeo Drive; sushi for lunch at Rock Sugar; Dinner at the pool at the Roosevelt. Venice Beach – go through the galleries, hit the boardwalk, have lunch at the Sidewalk Cafe for bar food and the best people watching. Park and walk the length of Abbott Kinney, dinner at local favorite James Beach Day trip to Joshua Tree? Or how about Big Bear? 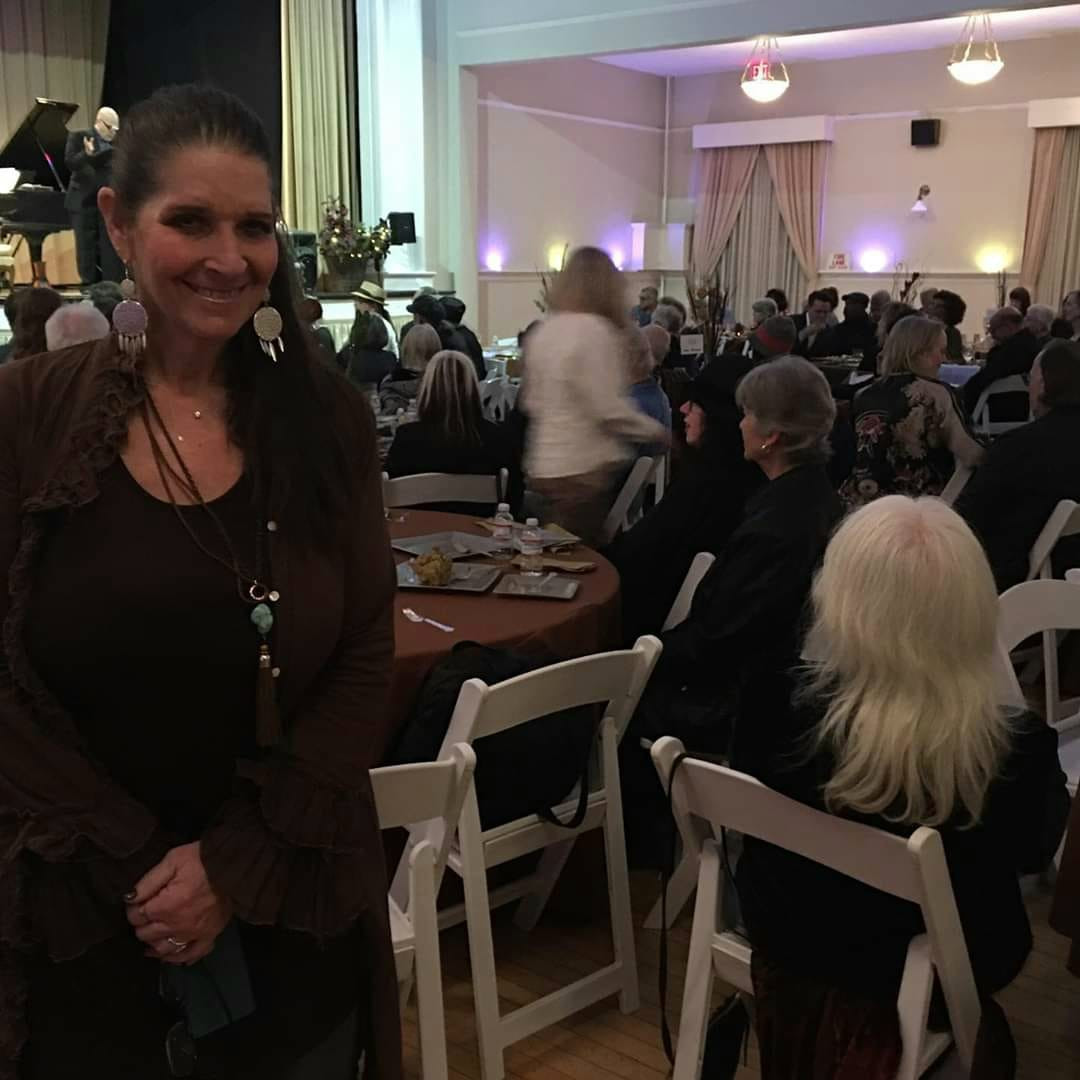 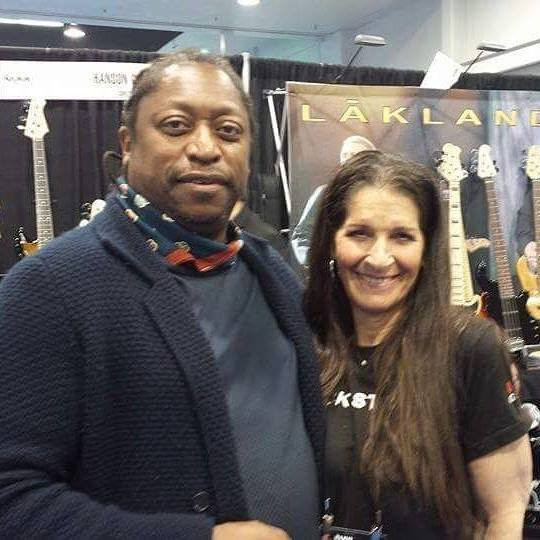 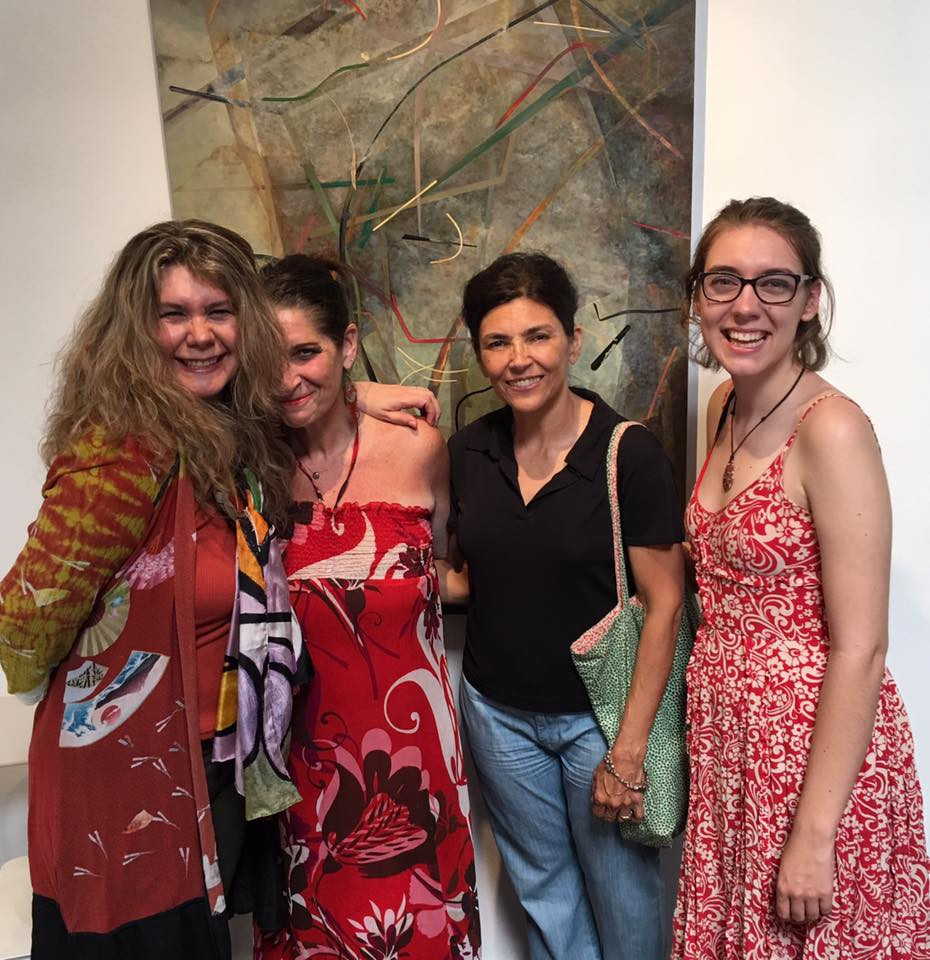 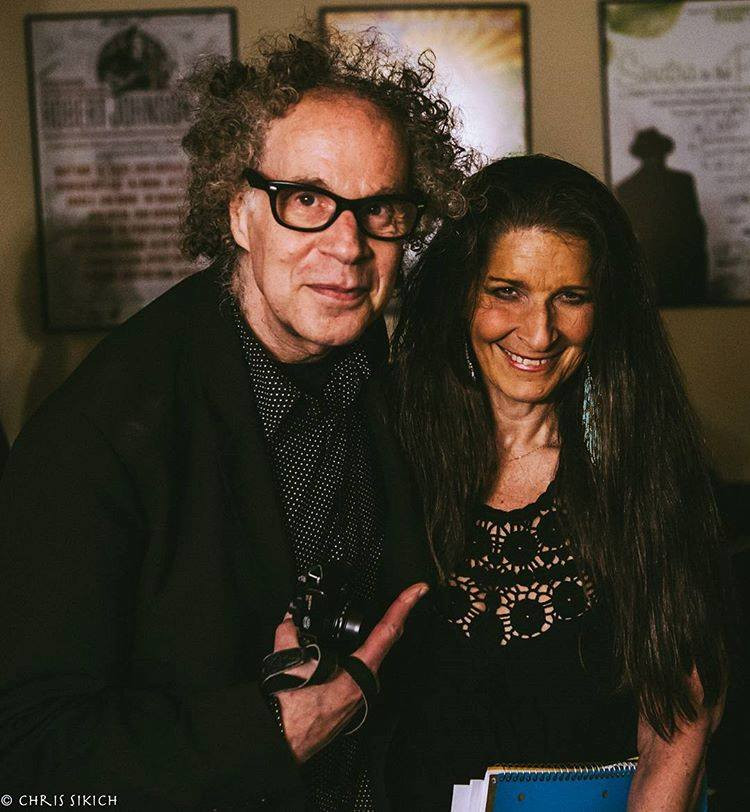 Shoutout is all about shouting out others who you feel deserve additional recognition and exposure. Who would you like to shoutout?
One of the greatest joys of this work is the support and mentoring by others. And why now I love to mentor and consult. Sure, it’s paying it forward, but it is a visceral connection to share what was given to me and watch someone, something thrive. Just one?! To Lori Cannon and Victor Salvo – in the days of AIDS & LBGTQ+ rights – remain unmatched for me in their depth, diligence, activism, ability to connect, touch and inspire people. Knowing them was to know what aiming high was, what leaving no stone unturned truly meant. How to apply passion, anger, brilliance into structure and change. Both encouraged me, when everyone was skeptical when I said that the croquet tournament could be a five-figure fundraiser, and how it would also be a friend raiser, a bridge-builder. Scott Gelman (VP, talent buyer) John Soss (marketing/advertising) Buddy Sokolick (production manager, RIP) at JAM Productions – they were the first to get behind me, understand what I wanted to do to take on the rock and roll auction and blow it up bigger. They listened, they encouraged every thought, every idea and gave me the tools I needed to break through. They opened doors, they never thought twice about making a call, using their leverage to make something happen. Joe Shanahan – was my finishing school. Owner of the Metro, we started collaborating when I was at Rock For Kids, and continued to grow, we had amazing highs for that auction, and the work we did year round to make it happen. The trio of partners were Joe, the VP and a talent buyer at JAM, the program director at XRT. It was Joe who got in the trenches with me and the vision we had for what The Waltz concerts could be. I had to stand up and explain to these very successful, powerful professionals, top in their industries, that the model they were used to in packaging concerts was not going to work for a benefit like this; the one I proposed would.  Nicholas Tremulis 🙂 yes his name comes up often for me;  collaborating with him changed the direction of my life forever. It was the beginning of the beauty of pairing with someone and their creative/artistic vision and being the ‘whisperer’ who made it happen. He has the intrinsic ability to laser in on what it is you do best, pull it out of you; truly push you to places you never thought of or thought you could reach because that’s the bar he also sets for himself. Nick’s energy is like the way the city of New York feels when you first step off the subway – you can feel it pulsing under your feet. That’s what Nick’s presence is like. I have produced mega, multi-artist concerts, met and worked with my music heroes, taken on projects that were life-changing. Susan Hayden, poet, writer and founder of the brilliant Library Girl Series; we are soul sisters – her depth, her vision, her love of words and music, the ability to pair and connect, create community. And she inspires me to bring out my dormant but not so inner-writer.