We had the good fortune of connecting with Sifu Bryan Talbot and we’ve shared our conversation below.

Hi Sifu Bryan, what is the most important factor behind your success?
Integrity. Our West Coast Wing Chun brand is based upon the principles laid forth by the founders of the Wing Chun Kung Fu system. Honor, Discipline, Humility, and Integrity. At our Wing Chun schools, the student always comes first. We do not “dress up” and play the part of a martial art instructor, we LIVE it. The success of our “brand” is a by-product of our discipline, commitment, and love for the Art and all those who pass through our doors. 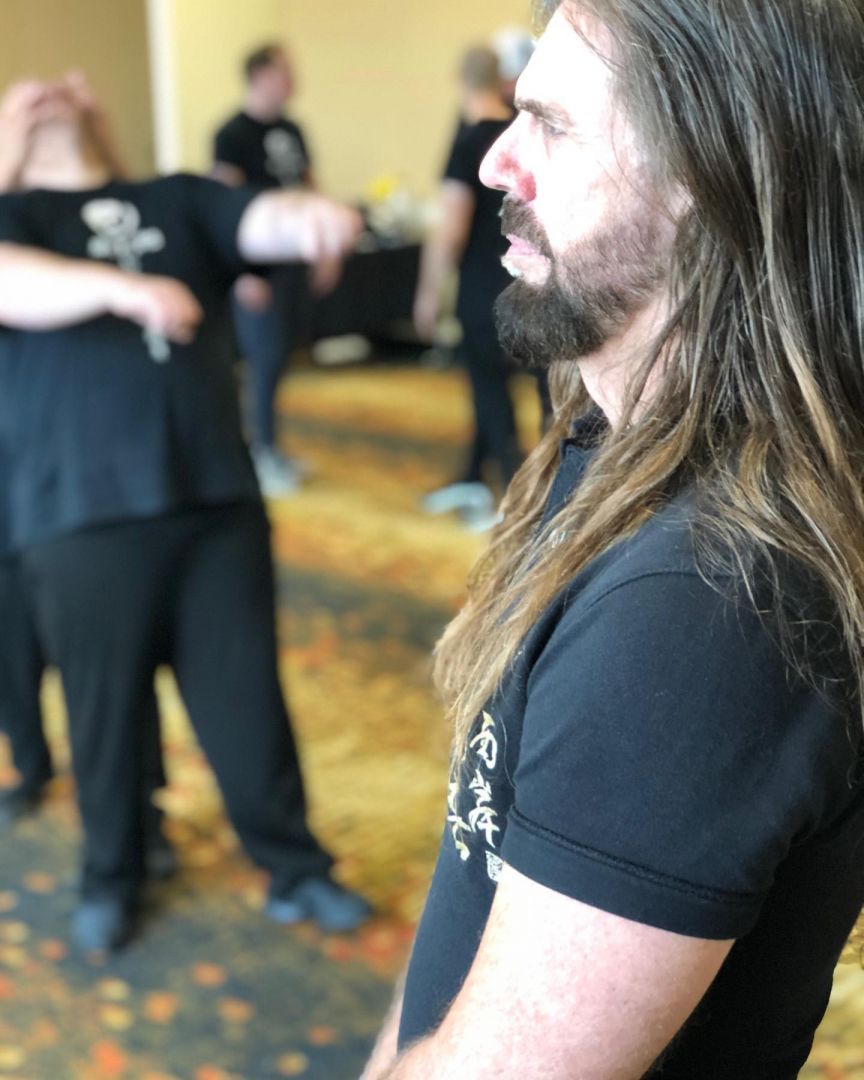 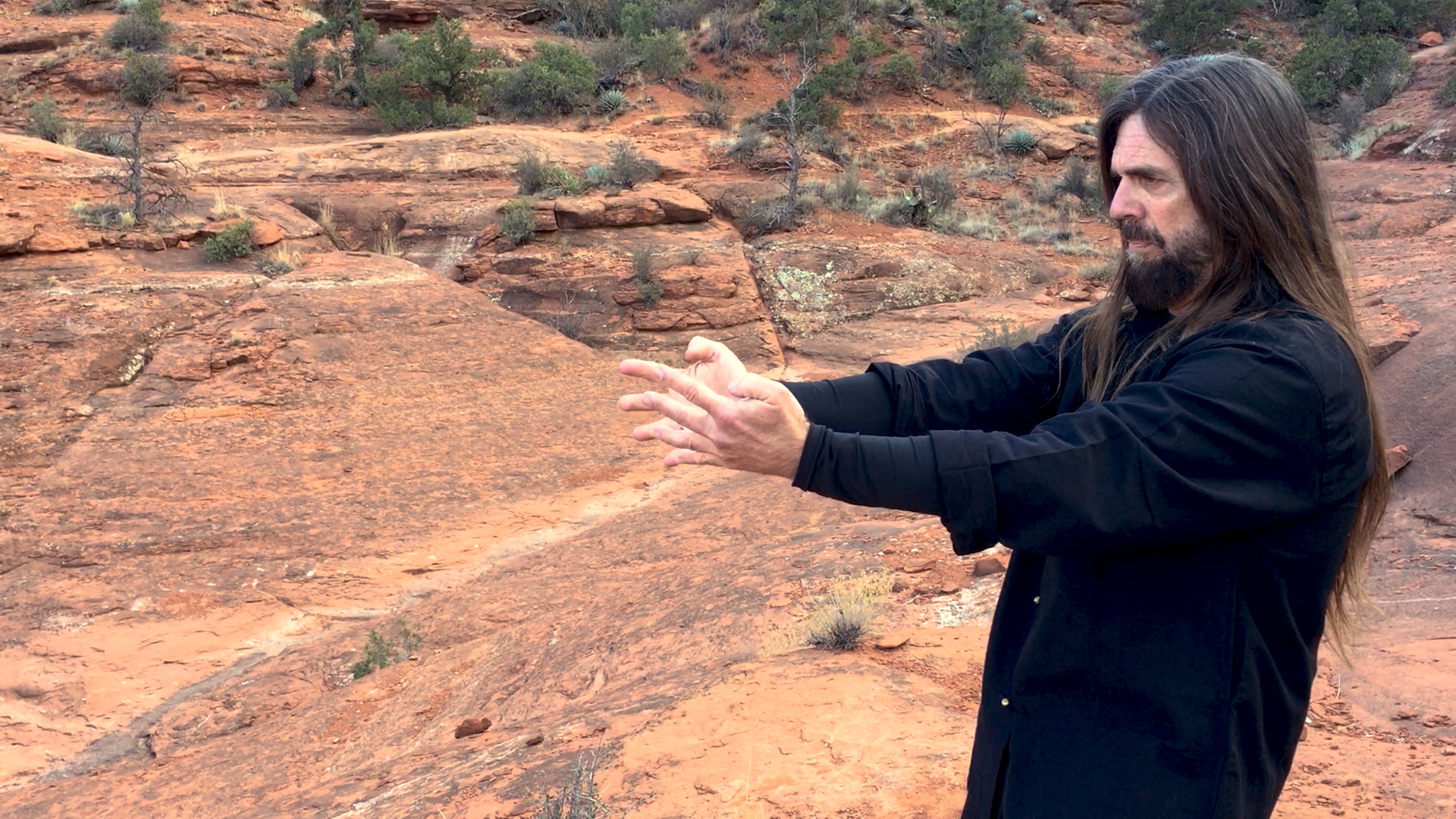 Let’s talk shop? Tell us more about your career, what can you share with our community?
Its the early 70’s. The show “Kung Fu” had just hit the airwaves and all the kids in school were abuzz about it. I thought it would be really cool to learn self-defense. Kick butt like David Carradine and Bruce Lee. I threw open the doors to the Inglewood YMCA and, at thirteen years old, started my first martial arts class, and although martial arts was the new “in” thing, I had really just taken my first step on a profound and enlightening journey that would last a lifetime. For the next twenty years, I studied various forms of martial arts—some of them having Wing Chun techniques mixed with several other kung fu styles, as was often taught by martial art instructors emulating the philosophy of the late Bruce Lee. But in 1991, I began my relationship with Master Sifu Ron Heimberger and my Ip Man Wing Chun lineage. It only took one lesson from Sifu Heimberger to realize that I knew nothing about the art called “Wing Chun”—a feeling I would come to know every time I touched hands with Sifu. Shortly after, I began teaching under the close supervision of Master Heimberger, and in 1994 opened my first kung fu school. After a few more years of grueling kung fu training, I was accepted as Sifu’s Heimberger’s disciple. In 1996, I had the great opportunity to train and chi sau with Master Ip Ching, my Sigung and the son of renowned Grandmaster Ip Man. Sadly, however, Sifu Heimberger passed away in 2008. Studying Wing Chun with Sifu Heimberger was a gift and experience that forever changed my life, and continues to shape my life for the positive, even today. Approximately one year after Sifu Heimberger’s death, I was fortunate enough to be invited to attend a Wing Chun seminar being hosted by my kung fu brother and sister, Master Samuel Kwok would be conducting the seminar. Master Kwok’s lineage was highly revered in the international Wing Chun community, as he studied with both Master Ip Ching and Ip Man’s older son, Ip Chun. Preserving my own lineage was very important to me, so I was very excited to be able to meet and exchange hands with Master Kwok. In a matter of seconds, during my first chi sau encounter with Master Kwok, I knew I had found a true Wing Chun Master and that there was much I could learn from him. Additionally, I was extremely impressed with Master Kwok’s deep passion for preserving Grand Master Ip Man’s Wing Chun, and found him to be a truly caring and humble human being. In late 2009, I was accepted as Master Kwok’s student and disciple, and it was through this compassionate and humbling act, that I was allowed to maintain my lineage with Ip Ching, and continue to push my Wing Chun skills to a higher level. 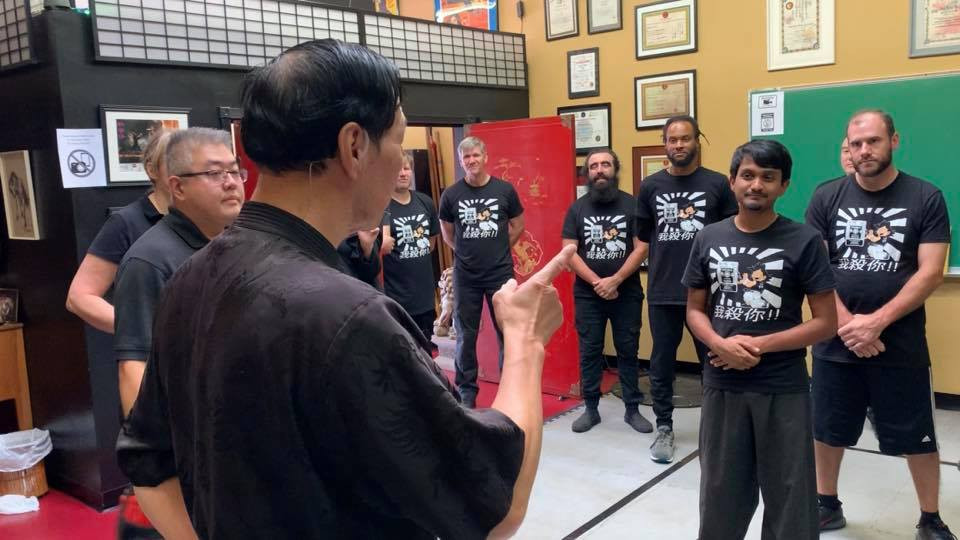 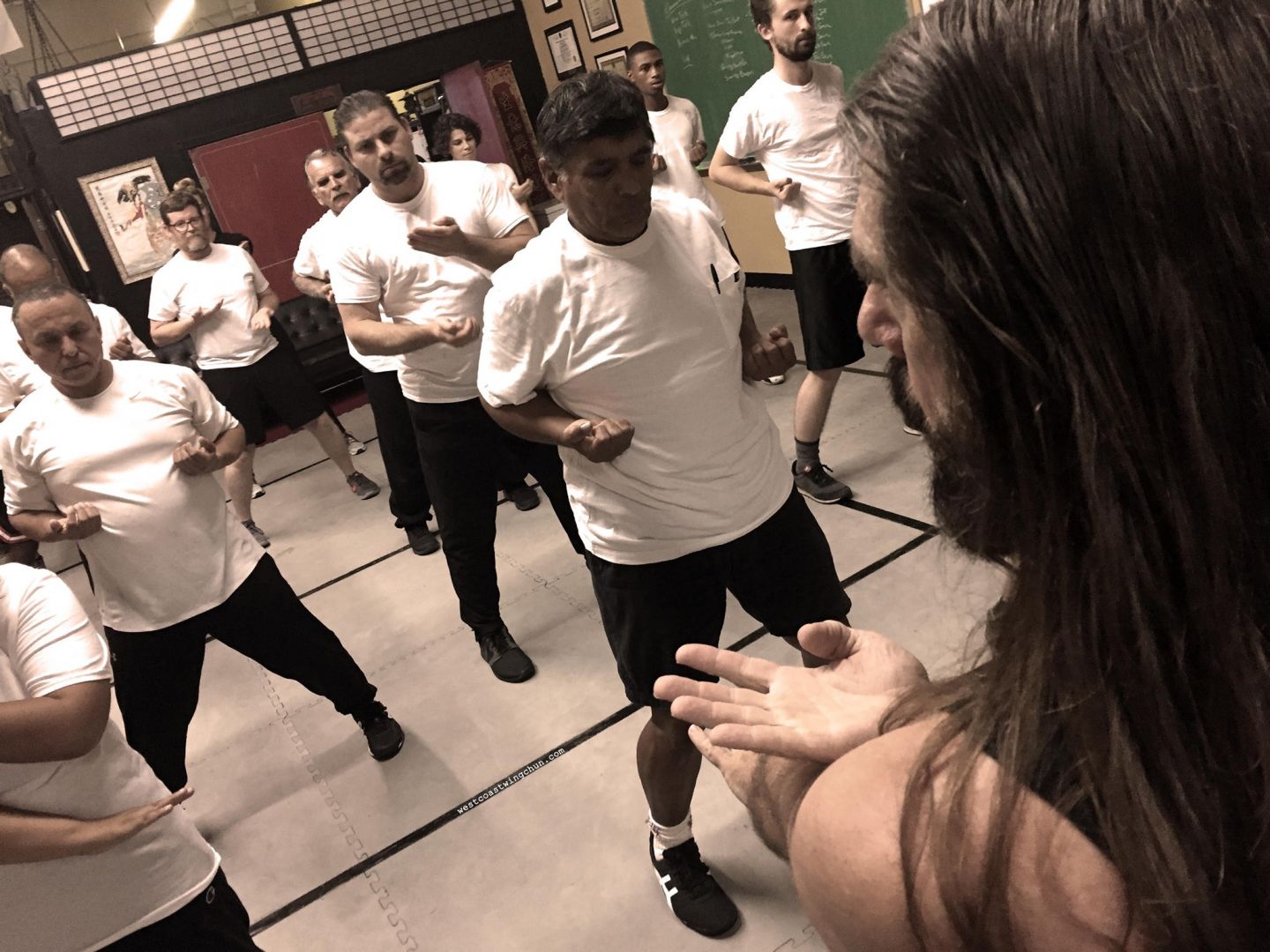 Let’s say your best friend was visiting the area and you wanted to show them the best time ever. Where would you take them? Give us a little itinerary – say it was a week long trip, where would you eat, drink, visit, hang out, etc.
Well of course you must first come to our school at West Coast Wing Chun in Signal Hill, Ca, It’s a truly unique experience. I have been told it’s like stepping into a time machine back to old school Hong Kong! Next we’d take a trip to Bolsa Chica State Beach to bodyboard and surf the day away. As the sun sets, a cook out at one of the firepits will warm the body and soul. To cap off the evening we’ll take a quick drive to the Donutery in Huntington Beach. Best Donuts on the planet! 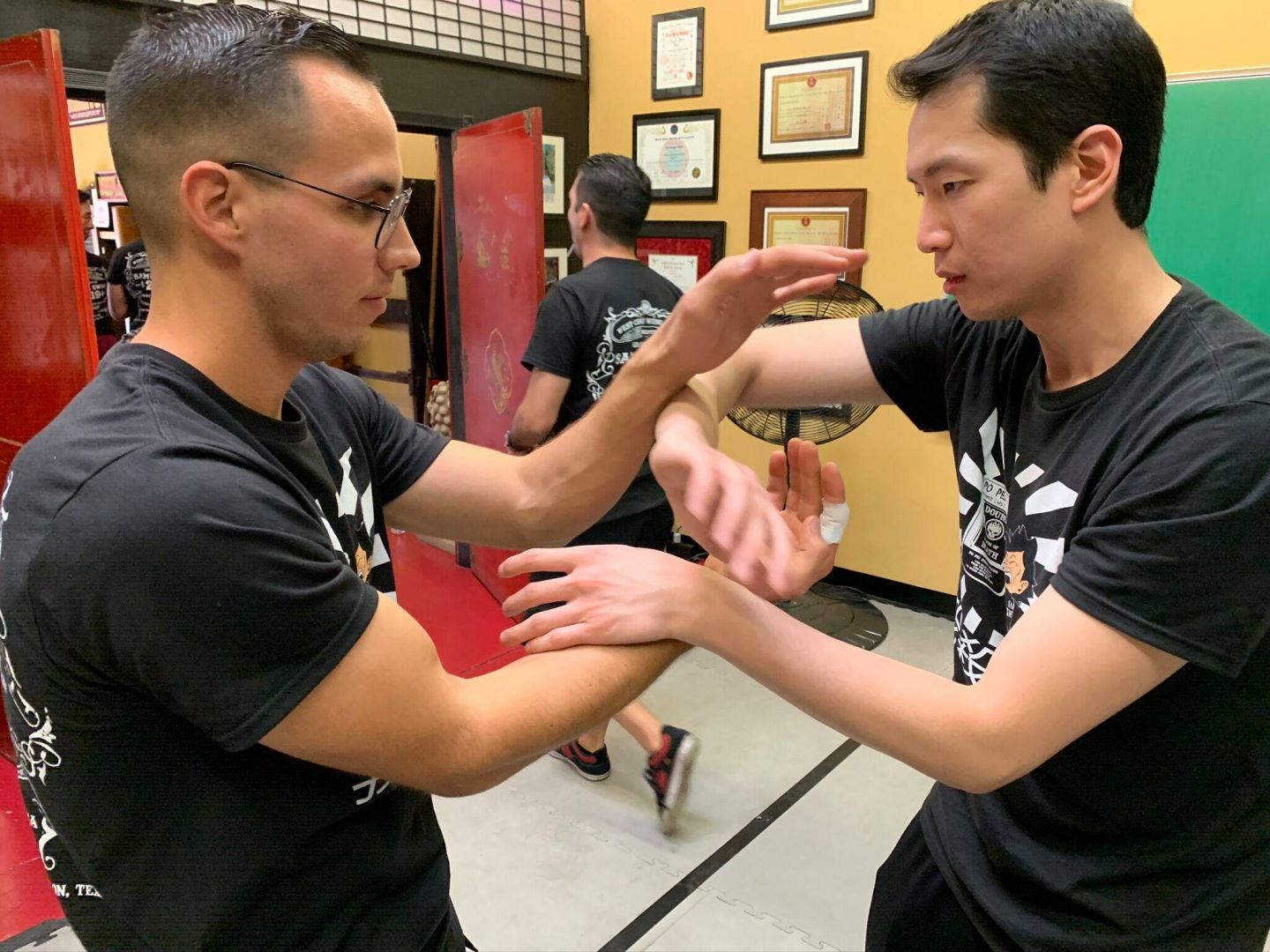 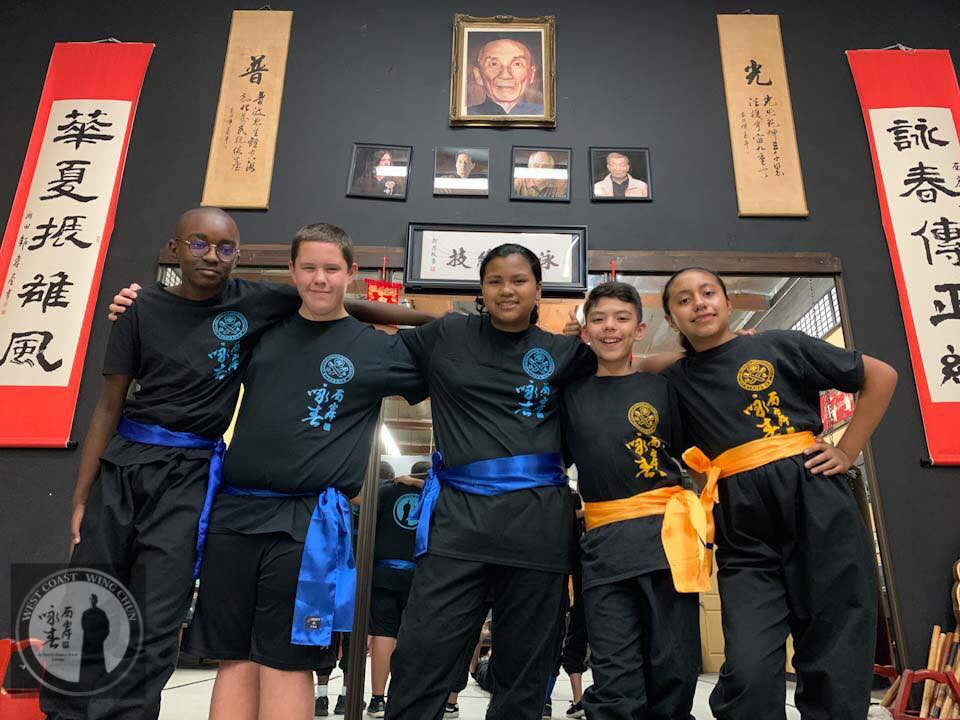 The Shoutout series is all about recognizing that our success and where we are in life is at least somewhat thanks to the efforts, support, mentorship, love and encouragement of others. So is there someone that you want to dedicate your shoutout to?
It is said that when the student is ready the Master shall appear. I have been extremely fortunate to have been trained under two IP Man Wing Chun Masters. Master Ron Heimberger and Sifu Samuel Kwok. The vast depth of knowledge shared by these two men has forever shaped my life. I hope I honor them by dedicated this article to them.