We had the good fortune of connecting with Sindi Breshani and Juliette Coquet and we’ve shared our conversation below.

Hi Sindi and Juliette, maybe we can start at the very start – the idea – how did you come up with the idea for your business?
We are Sindi and Juliette, the Creative Director and Art Director, and co-founders of Episod Studio. Episod is a multimedia entertainment studio that produces thought-provoking games, interactive narratives, and immersive installations. At its core, the mission of Episod is to tell powerful stories and advance interactive technologies in the service of storytelling. We met at the Royal College of Art in London in 2018, when we both began our studies in MA Information Experience Design (IED), in a nutshell the course that teaches how to “turn information into experience”. The approach of the program is interdisciplinarity: we were a bunch of students with varying backgrounds from philosophy to music who were encouraged to explore design through materials, technologies, and a multitude of methods of storytelling. In the summer before our final year, we were involved in an external project by the Center for Advance Spatial Analysis at UCL, and we were asked to use Virtual Reality to bring to life an old form of play. We were part of a team of six students, with each of us bringing different expertise to the project. Over the course of eight weeks, we produced “The Village”, a VR story anchored in a dolls’ house installation created by Rachel Whiteread, which we populated with characters derived from a workshop with local schoolchildren. The final VR installation, part of the Festival of Play at the V&A Museum of Childhood in London, attracted over 200 visitors. The festival was a fun experience, and for us it was intriguing to witness a large audience interacting with our work. “The Village” showed us how our multidisciplinary skills could be combined to create interactive stories, games, and installations that could be experienced directly by our audience. We wanted to explore this further, so when we went back to university in September, in collaboration with other students, we started RCA’s “Games Club”, where we began exploring games as a storytelling medium. By the end of our MA last year, we found ourselves working on three game projects, and we wanted to take them into the real world, while also exploring how we could push our collaborations further. Sindi is a UX designer and writer with original ideas, which combined with her hunch for business, helped outline the vision for the company, grow the team, and lead three projects. Juliette has an extensive background in graphic design and 3D art, and she is bringing to life the worlds of Episod’s projects, experimenting with directions that are unique to each story. We are joined by more talent in our journey, who have expanded the range of expertise into sound, 3D modelling, writing, developing, and strategy: Dimitris Menexopoulos, Marco Evangelisti, Klajdi Ballanca, James Roadnight, Feiqi Wang, and Sammy Selin. Spread across three teams, we are now developing three games: Diktatura, which recounts the story of those who experienced the Albanian dictatorship, Propaganda, a board game that reveals post-truth deception and control, and Race for the Arctic, a racing game across the not-so-distant future of the Arctic. 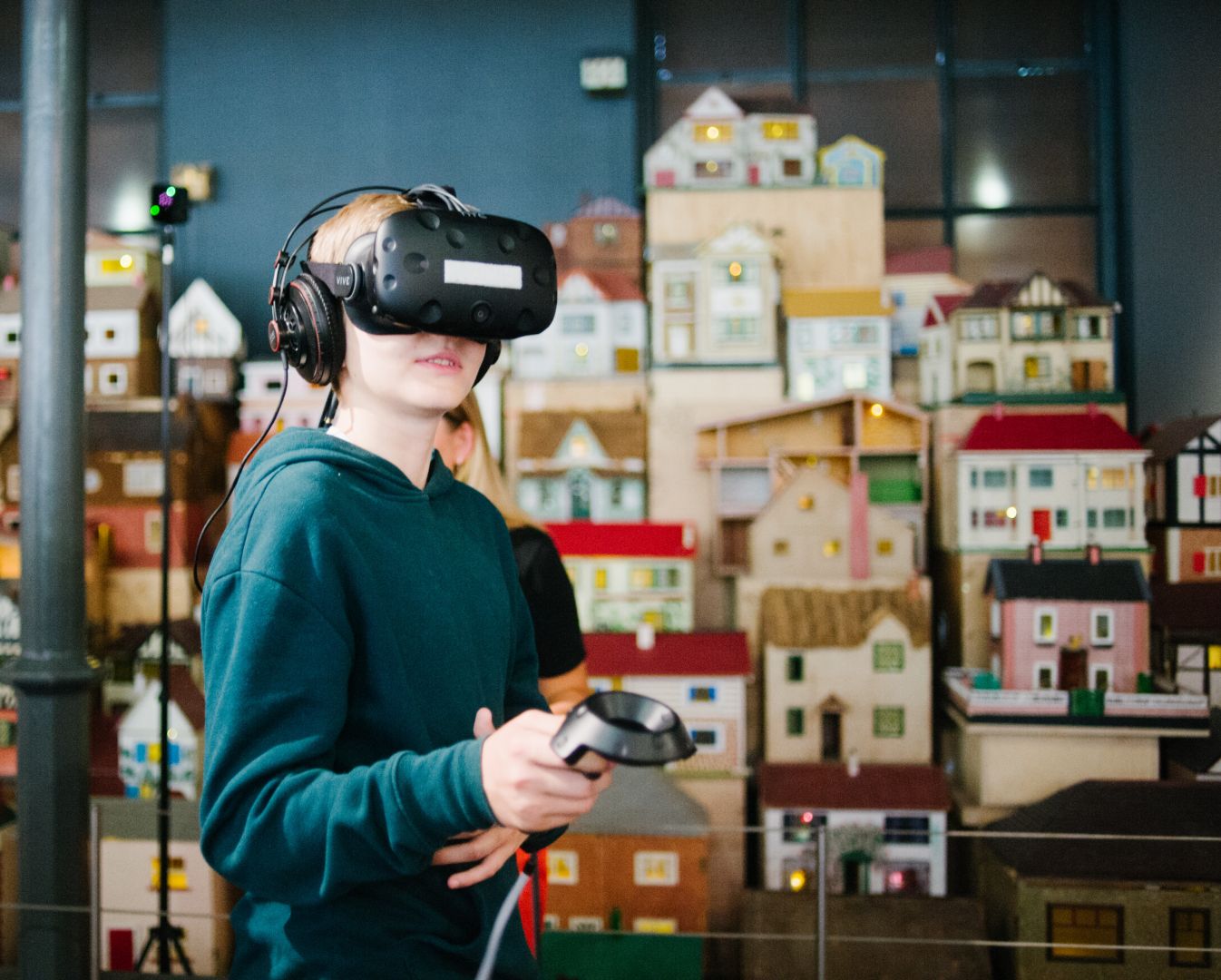 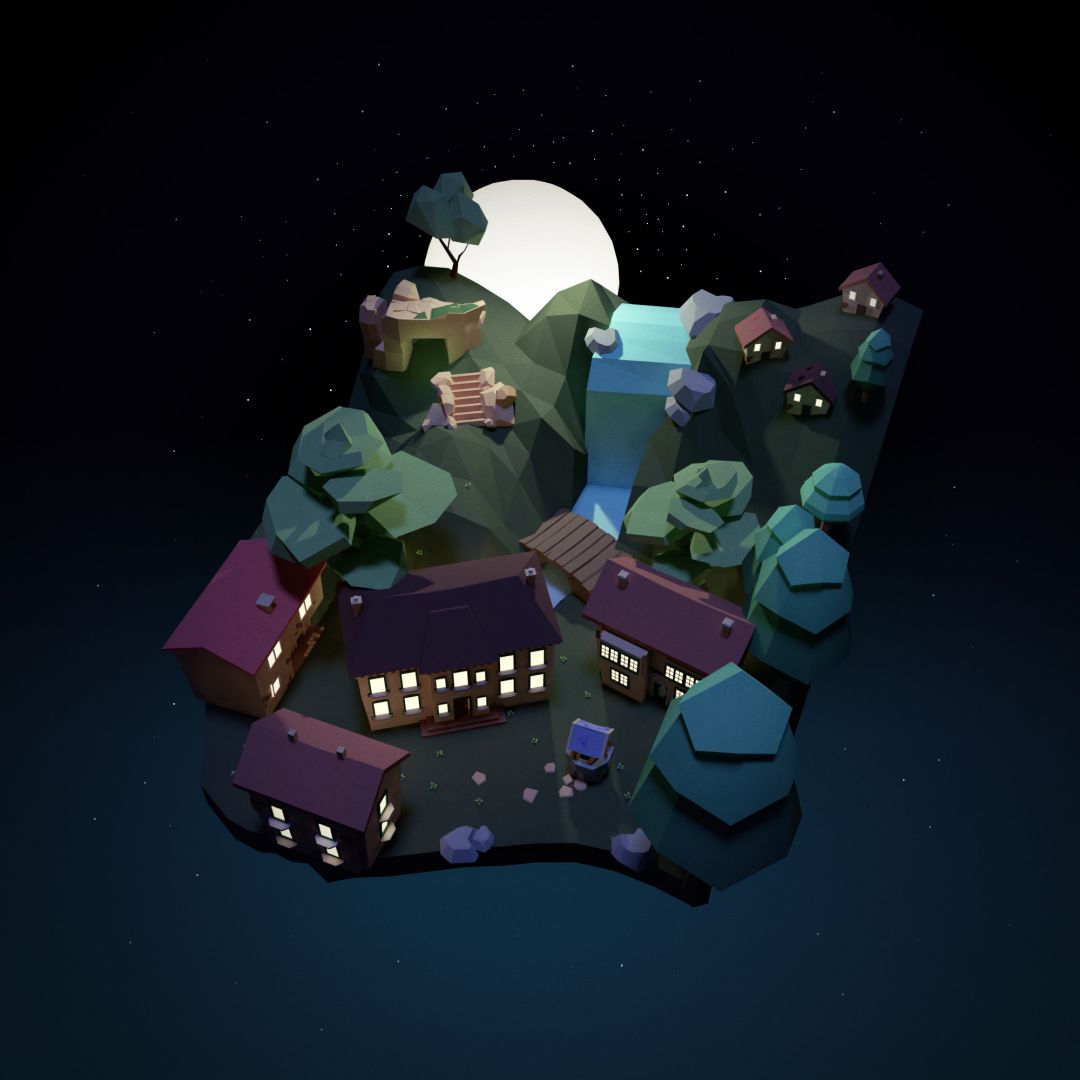 Let’s talk shop? Tell us more about your career, what can you share with our community?
Our largest project, “Diktatura” is a docu-game that recounts the true stories of those who lived during the Albanian dictatorship, seen through the eyes of a fictional state informant. “Propaganda” is a board game that examines post-truth Propaganda, while “Race for the Arctic” is a docu-game built with social and scientific experts, that tells the story of the fictional Freight family as they face the changes in the Arctic region. What defines our studio is the uniqueness of the stories that we select to work on, and how we utilise games as a medium to tell these stories. Our games, even at a premature stage, have gained international interest from important galleries like Tate Britain and Somerset House, festivals like IndieCade, and media outlets like LA Times and Eldiario Spain, simply as a result of the powerful and distinct stories that we chose to tell. The gaming industry accounted for 159 billion dollars revenue in 2020, making it the largest in the entertainment industry, with games now finding application in education, politics, and art. In this expanding market, we come with the distinct angle of designing games that tell true, impactful stories. On the other hand, the documentary and film industries are looking towards a future of interactive storytelling, with major festivals like Sundance or IDFA dedicating special space to interactive projects, and even broadcasters using their digital channels to implement interactivity, an example being Bandersnatch, created by Charlie Brooker for Netflix. The games industry is leaning towards storytelling, while the documentary industry is leaning towards experiences. Episod Studio exists at the golden line between both. In January 2021 we began our five-month Creative Brand Accelerator Program, part of InnovationRCA, along with twelve other Startup-s. We are now learning what are the best routes to bring our games to their audiences, when to pitch to investors, and how to run a profitable studio. This is our greatest challenge because we have been trained to complete creative tasks rather than fill financial forecasts. But we are thrilled to face every obstacle we will meet along the way, because we cannot wait to see our games being experienced by players all over the world. 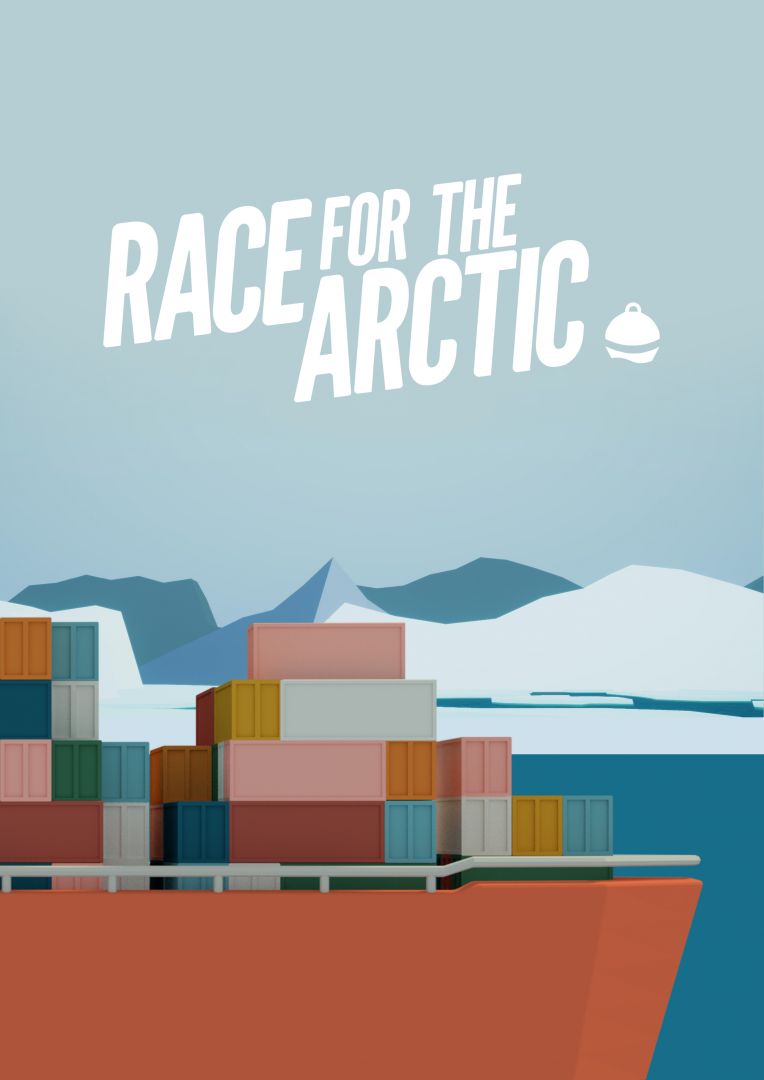 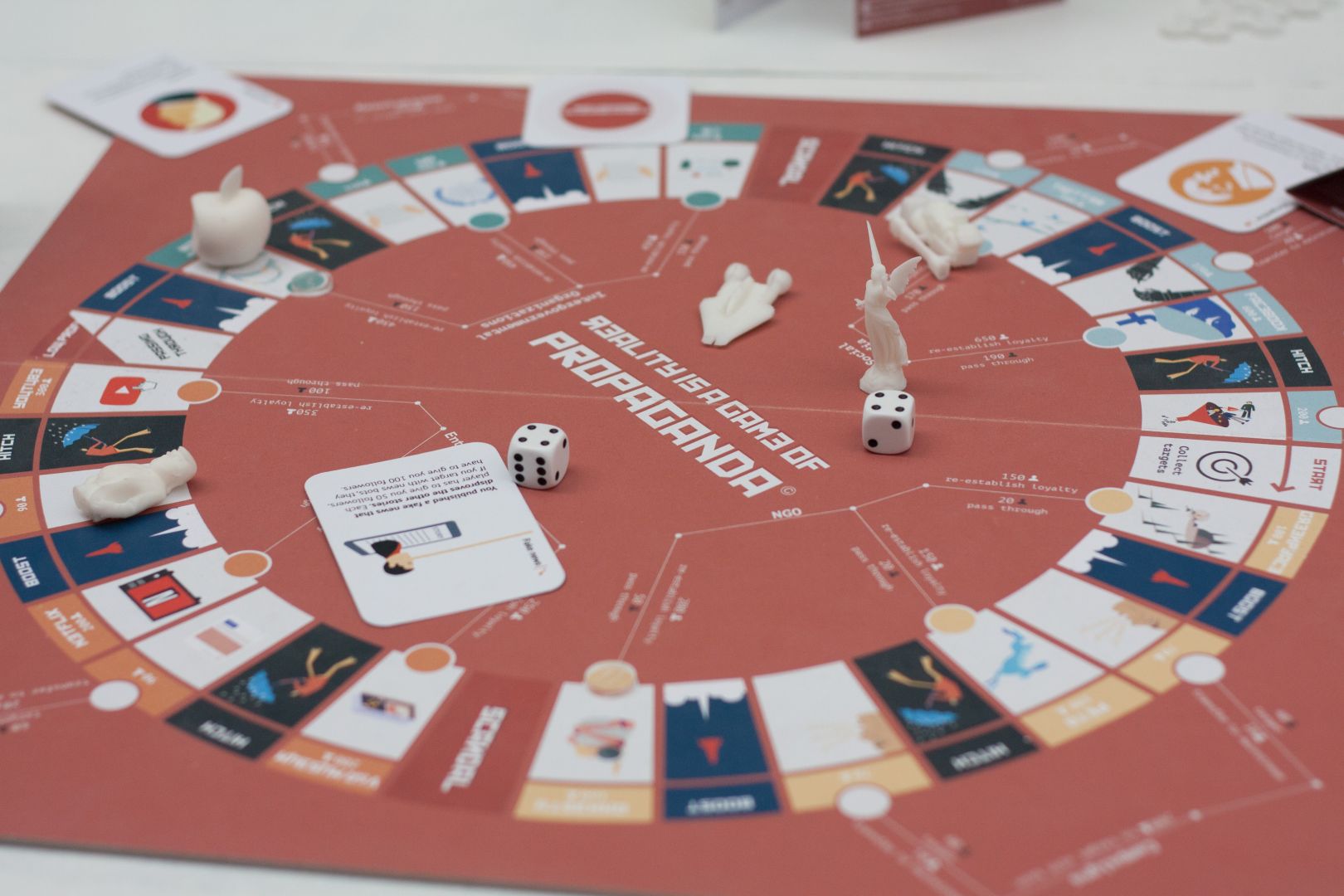 Let’s say your best friend was visiting the area and you wanted to show them the best time ever. Where would you take them? Give us a little itinerary – say it was a week long trip, where would you eat, drink, visit, hang out, etc.
We come from two different countries — Albania and France — and our team from even more: Italy, Greece, China, UK, USA. Our paths crossed in London, so we can only answer this question with this city in mind. Undoubtedly, we will tell them to visit the V&A Museum, find “Babel” in Tate Modern, and maybe catch an exhibition at 180 the Strand. They should try fish&chips in Camden Town, okonomiyaki in Brixton Market, or Argentinian stake at Mercato Metropolitano. They also shouldn’t miss Portobello Road Market on a Saturday and, once there, try to find the house where George Orwell lived for a few years. If they like, they can hunt for vintage goods in Brick Lane. The should see the sunset sitting in Greenwich Park overlooking the skyscrapers of Isle of Dogs. While in the evening, they should catch a view of the whole city from Sky Garden. 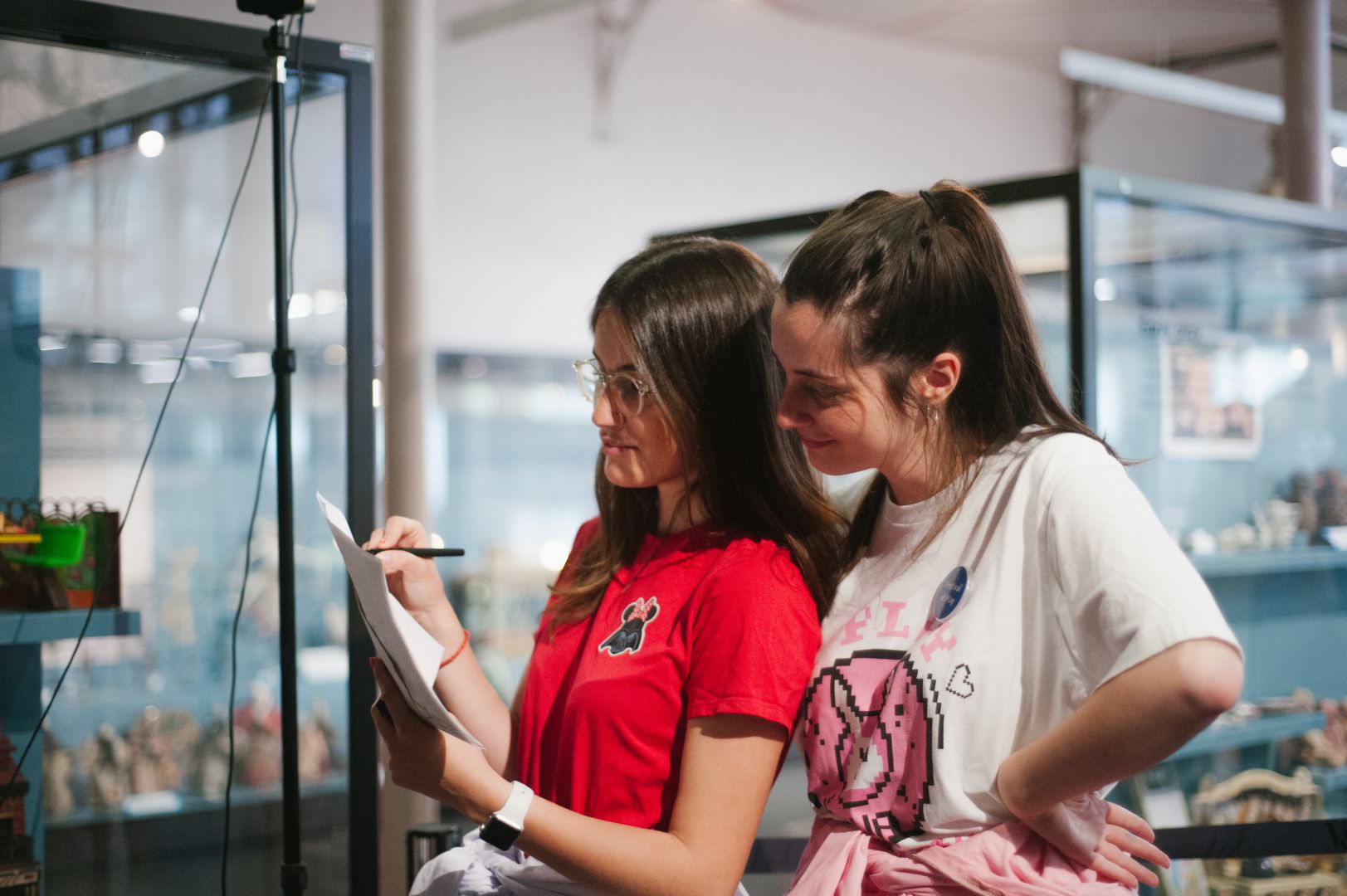 Shoutout is all about shouting out others who you feel deserve additional recognition and exposure. Who would you like to shoutout?
There is one person who meant a lot to both of us during our two years of studying Information Experience Design at the RCA: our mentor Dr. Dylan Yamada-Rice. Dylan is an artist and researcher specialising in narratives and storytelling. She works in a range of media including drawing, film photography and Virtual Reality. In addition to being a Senior Tutor in Information Experience Design, Dylan also works part-time in the digital games industry, currently for a company called Dubit that specialises in research, development and strategy for children’s digital play. Through the projects she leads in our course, Dylan inspired us to explore interactive technologies, games, and virtual reality as mediums of storytelling, and to seek interaction with the audience in the real world. More importantly, it was Dylan who invited us to the V&A Project, and guided us during its production with invaluable feedback. This project brought most of our team together and showed we could complete projects at a higher standard when we combined our skills. 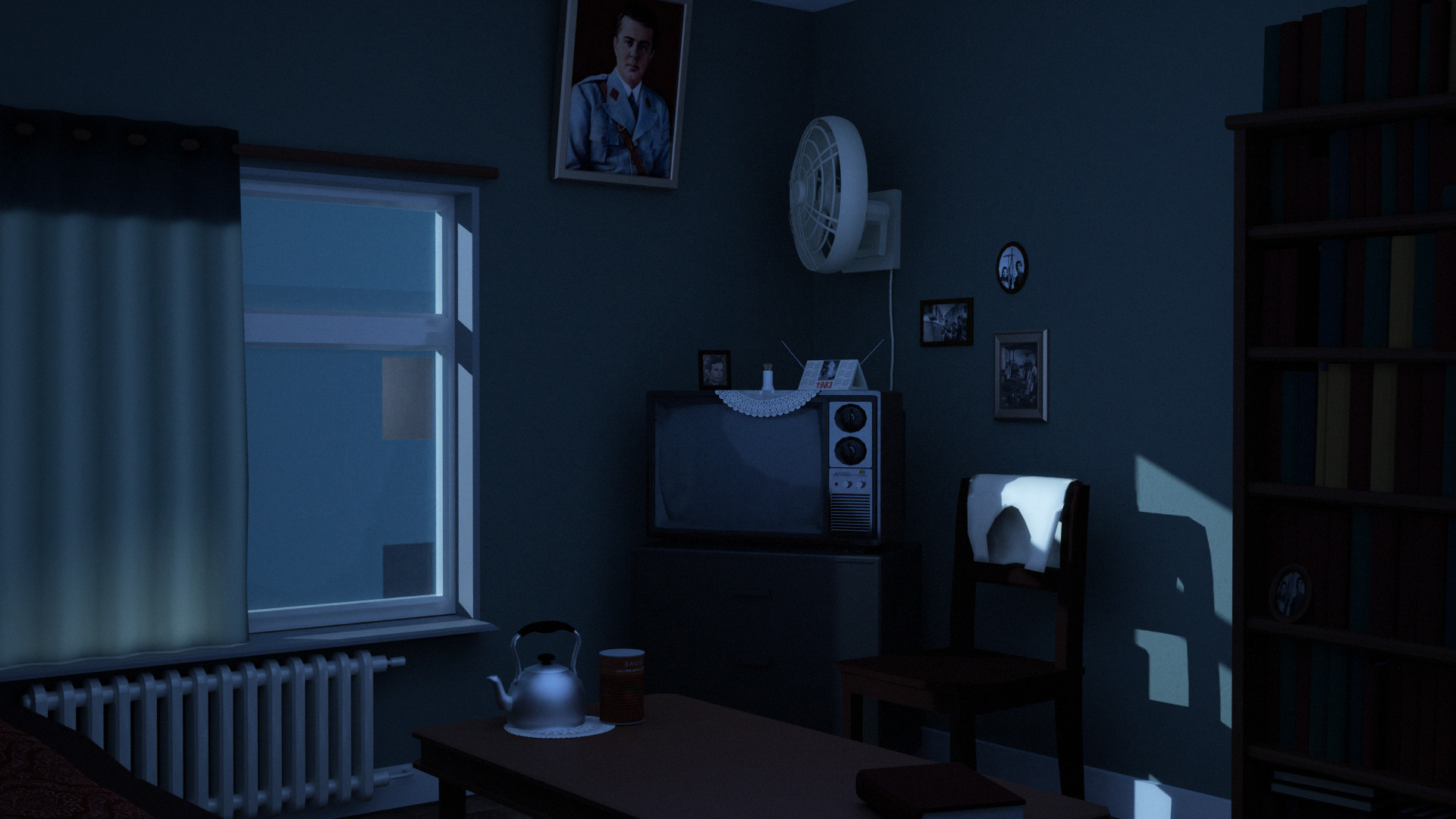