We had the good fortune of connecting with Tasha Rivero and we’ve shared our conversation below.

Hi Tasha, what are you inspired by?
My inspiration is a bit morbid. A lot of people will answer this question by naming someone significant in their lives or maybe even just a system that hasn’t been too kind to them. My inspiration comes from pain. I realized a lot of the art pieces I’ve done in the past was because I was going through something really tough and I had no escape from it. So, instead of me lashing out or shutting down, I would just sit down and paint for hours. Pour everything into that and they always turn into the painting that everyone wants to buy. I’ve asked my fellow artist friends if they think if all creative people are ‘damned’ in a sense and at first they deny it and say no way. But, then they always come back and say maybe your right. Maybe with creatives we see the pain and struggle that our friends and family have endured and too, dealing with our own demons, that we want to use our gifts and talents to transmute that into gold. Whether I draw something digital, take a photograph, or use a paintbrush. Energy can’t be created or destroyed but we can convert that into a different form and that is my art. 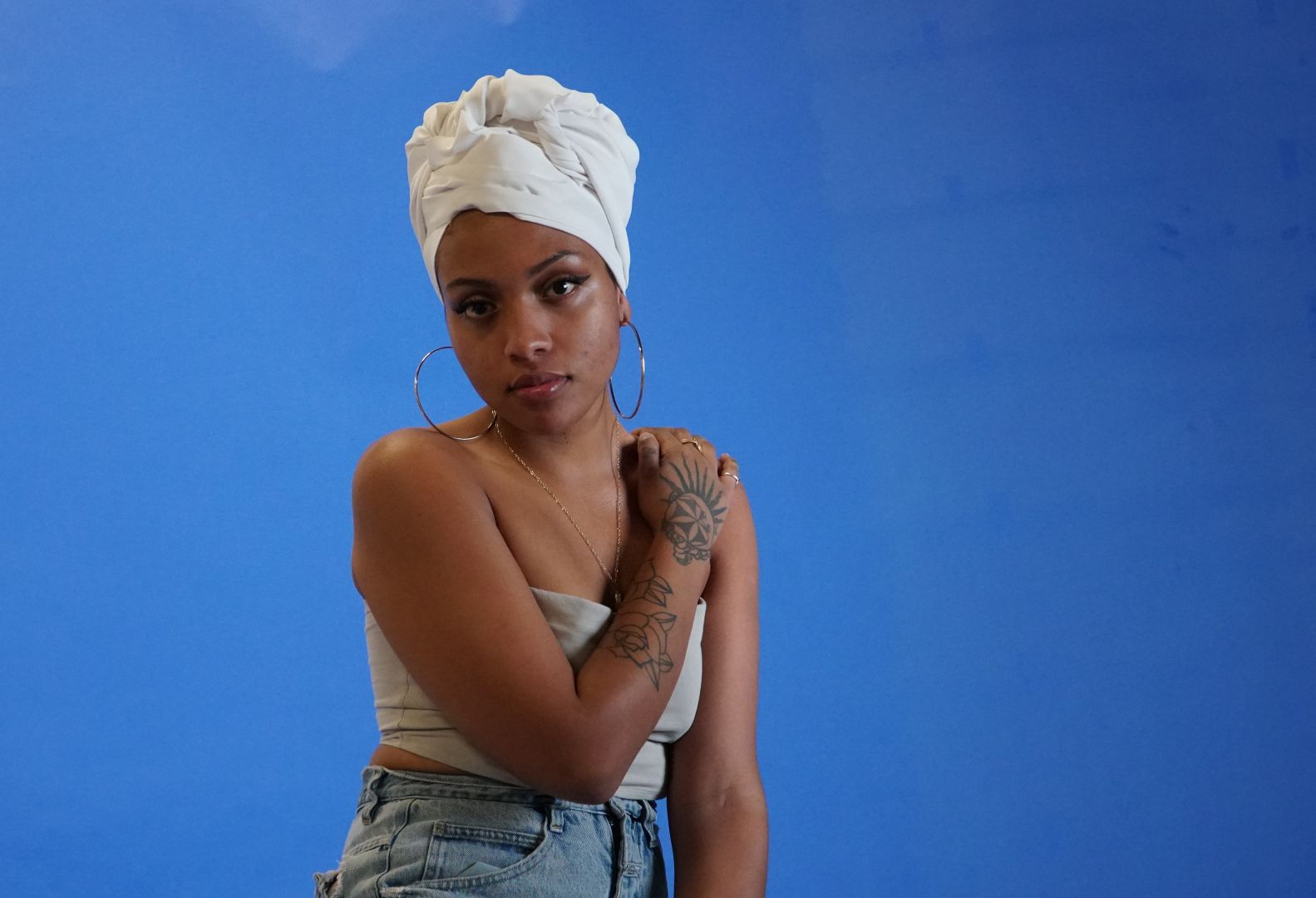 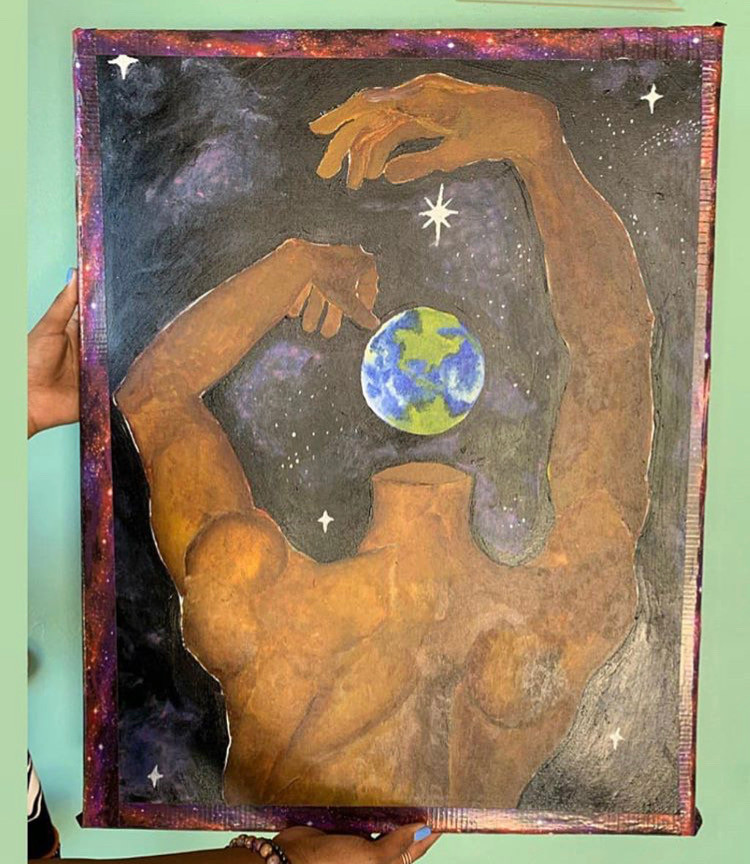 Can you open up a bit about your work and career? We’re big fans and we’d love for our community to learn more about your work.
I never really got to go to school for art. I was born and raised in Las Vegas, Nevada and our school system is trash. We were always battling with Arizona being the worst schools in the United States. I went to a magnet high school but I was a Japanese major instead and my Junior year I actually got accepted to transfer to become an art major. But the school administrators told my mom that she had to unroll me and the day she did, then they decide to tell her that I didn’t have to be unenrolled because my GPA was still above 2.0 . I had a 2.1 and all my mom had to do was put a fight when they said that she couldn’t speak to the principle. But I do believe everything happens for a reason. Though I feel that my art would’ve been on some next level stuff right now I wouldn’t be the person I am today and know the people I know. Even going to public school after that I had an art class for only three months due to me having to catch up on missing credits. But I took the subject very serious and every kid in class would always be excited to see what I drew up. I always felt robbed of being able to get ‘serious’ with my art work but at the end of the day its about the drive you have. We live in a society where you don’t really need school to be successful. Its about how bad you want it and what your willing to do to teach yourself. Its a mindset, not really the amount of diplomas you have. After moving to LA, I never would’ve dreamed of meeting and hanging out with certain people and the conversations I’ve had. There was this artist that I know that I use to just follow on Instagram and long story short we end up being friends and we hung out in his room after his show and we were just talking about life. And he was venting to me about how its crazy for him to be in this studio session with Simz and Ella Mai. And seeing what he’s already accomplished but he’s still excited over the fact that he’s done something like that showed me that everyone is exactly the same. Were just out here doing what we love. I asked him how do you keep yourself from being too comfortable and to keep leveling up. And what he told me sticks with me everyday. ”Leveling up brings too much stress into my life thinking I have to keep pushing. My destiny is already written out and I’m destined for greatness. So its going to happen regardless.” That just put so much ease into my soul. I’ve been beat down spiritually, mentally, and physically, all while I’m being told that I am going to do great things. It never made sense to me until I started attracting certain people in my life and was easily manifesting things and situations with just thought. With just being. I’m just like everyone else on this planet but I’m realizing the true power I have. Everyone holds that power. You just have to know its there regardless of your situation. 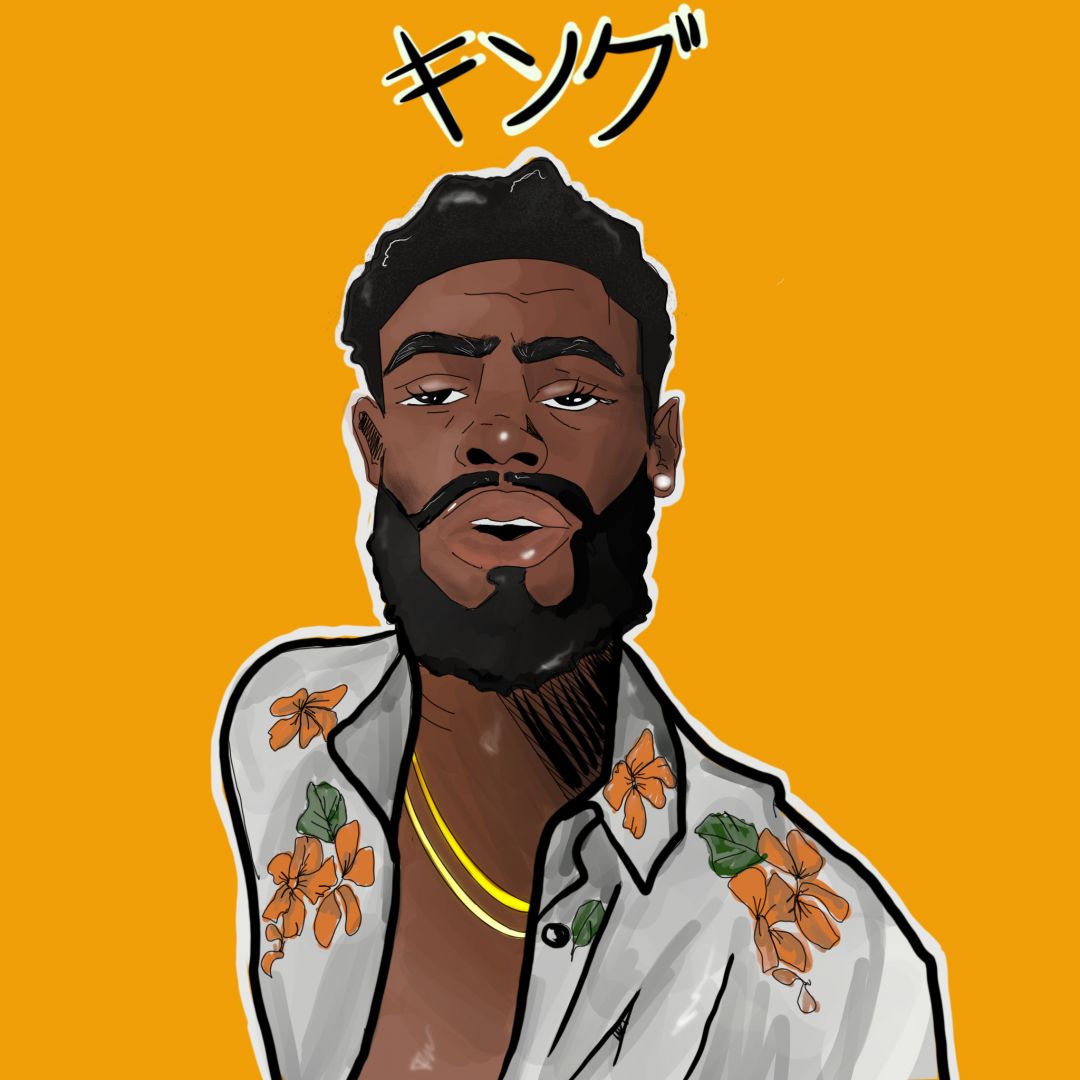 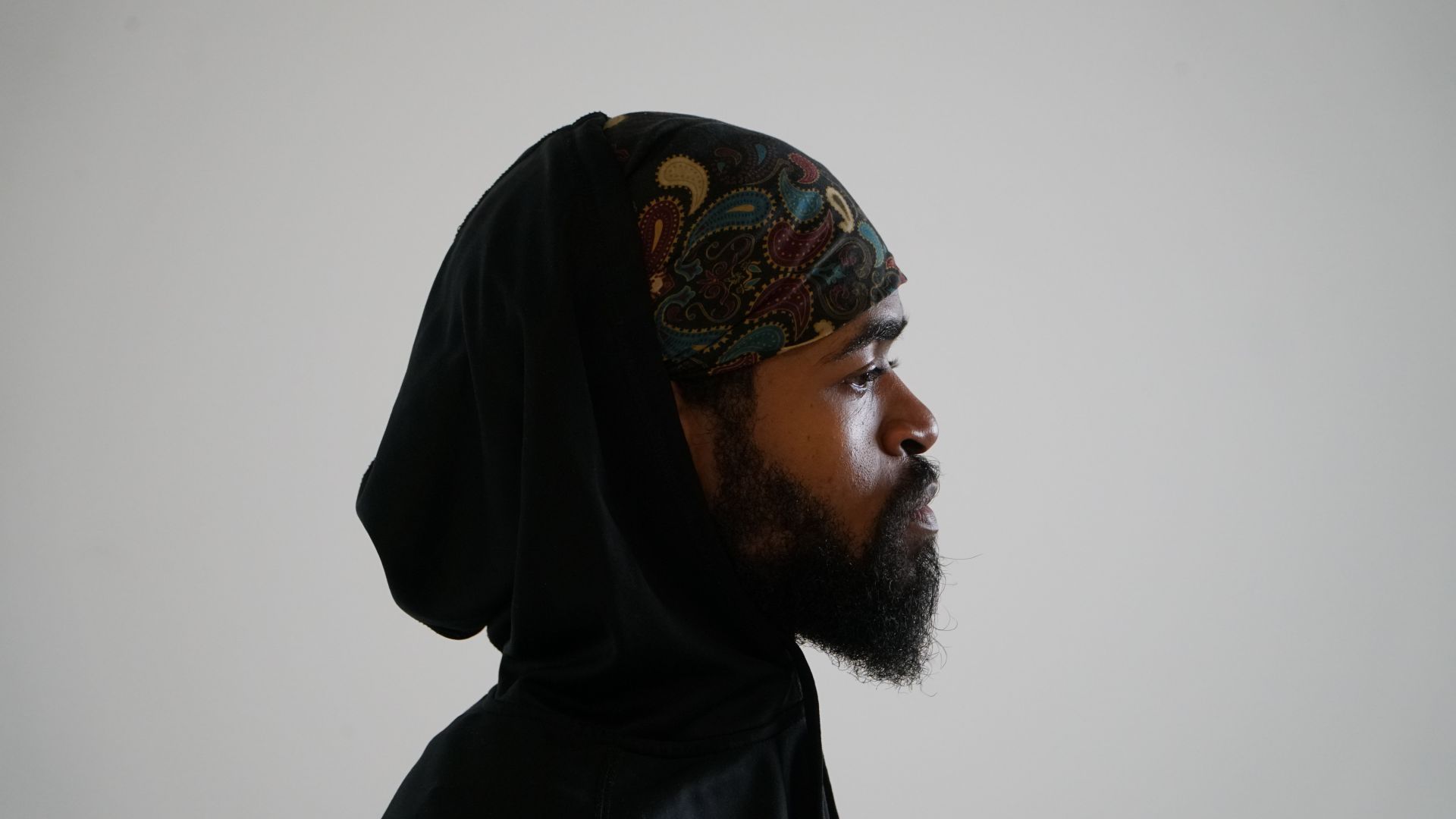 If you had a friend visiting you, what are some of the local spots you’d want to take them around to?
Pre-COVID, you could walk down the streets of LA and get into everything and anything. I was only living here for for 3 to 4 months before the lockdown happened. But if a friend came into town I would take them to go thrifting on Melrose or Hollywood Blvd. There would be these day parties in different venues that you could stumble upon. We could go have wine at The Getty while staring at expensive art pieces. But then to really feel at home we would go have tea or a coffee at Hot & Cool Cafe at Liemart Park while I would just sketch a bit while they read a book. If we wanted to go dancing then we would hit up Los Globos which was this afro beats club or head over to Lock & Key and grab a drink and dance until you find a different after hours spot. I actually ended up going meeting my managers at this rooftop party at The Hoxton hotel where Yeek and Mndsgn was djing and a year a half later I’m living in LA. Hopefully we can fully open soon to get that energy back. 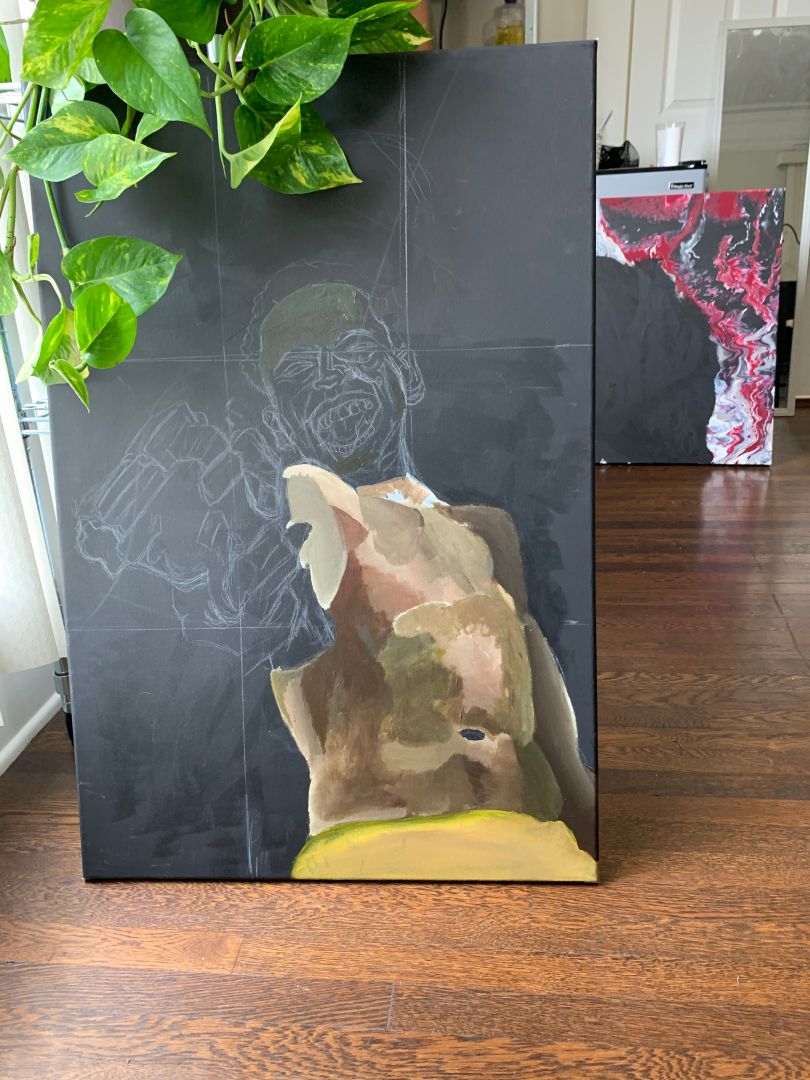 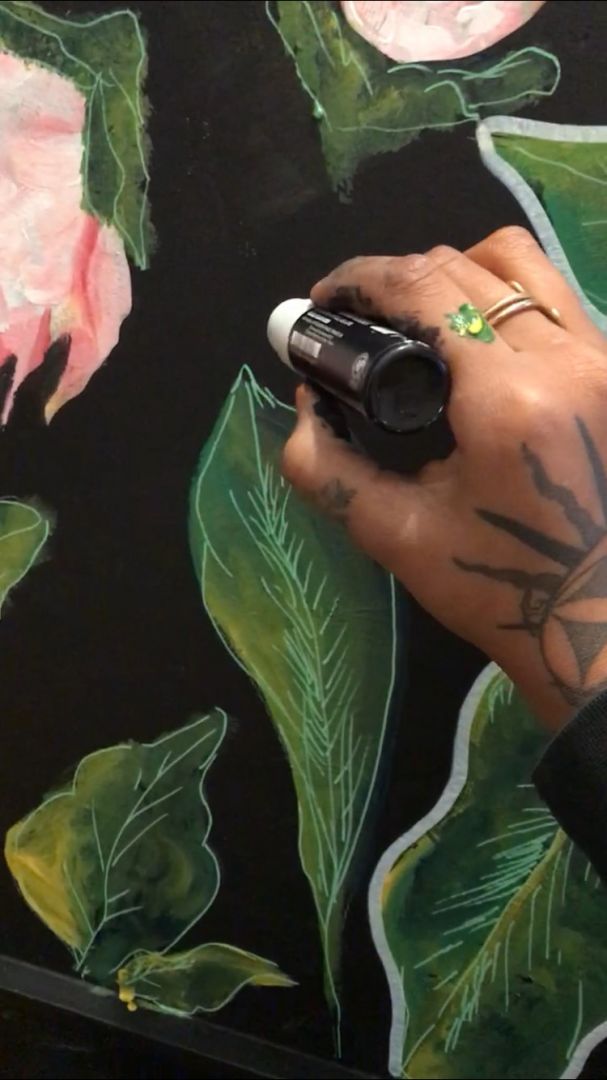 Shoutout is all about shouting out others who you feel deserve additional recognition and exposure. Who would you like to shoutout?
I’d like to give a shout out to Mickey for even thinking of me as someone who is worthy to have a voice on this platform. To think people see me and think, “She has something to say. Lets listen.” I also just want to give thanks to the most high because I’ve had this passion and drive ever since I was a child. I was drawing before I knew what my ABC’s were. So I’m forever grateful to be naturally blessed as a creative and to have this force within in me. I wouldn’t have it any other way. 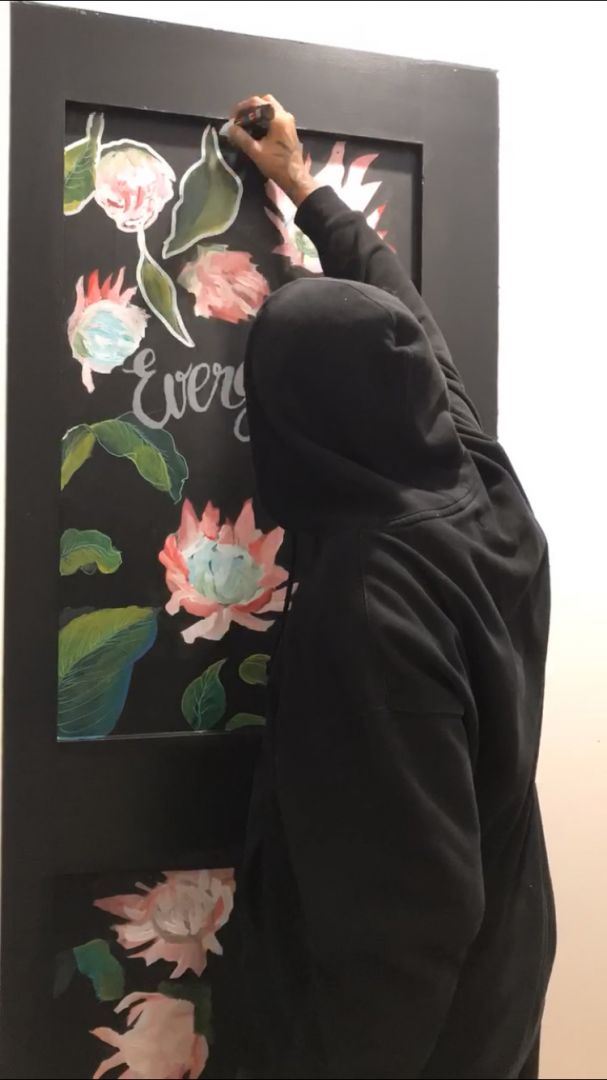 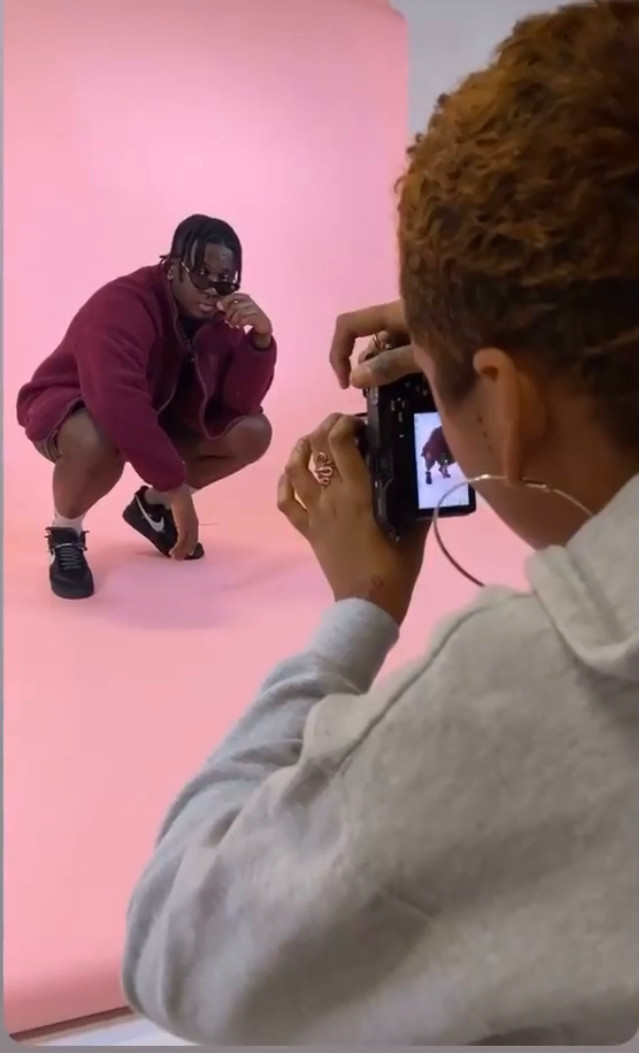