We had the good fortune of connecting with Stacie Burrows and we’ve shared our conversation below.

Hi Stacie, we’d love to start by asking you about lessons learned. Is there a lesson you can share with us?
A lesson that I live by is to be kind to every single person with whom I work. You will see the same faces again and again. My mission is to leave a positive impression behind, no matter the scope of the work or the status of the person. 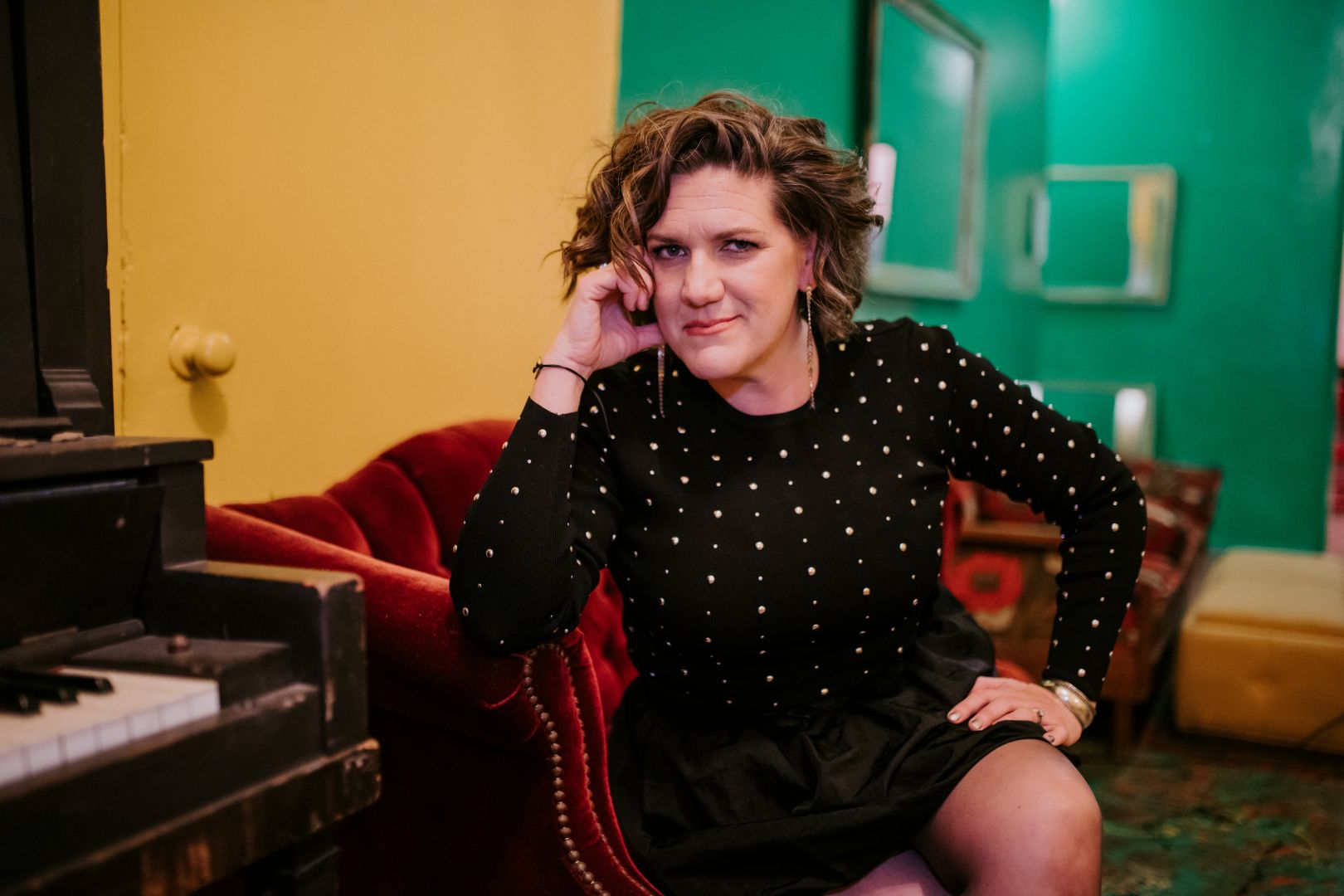 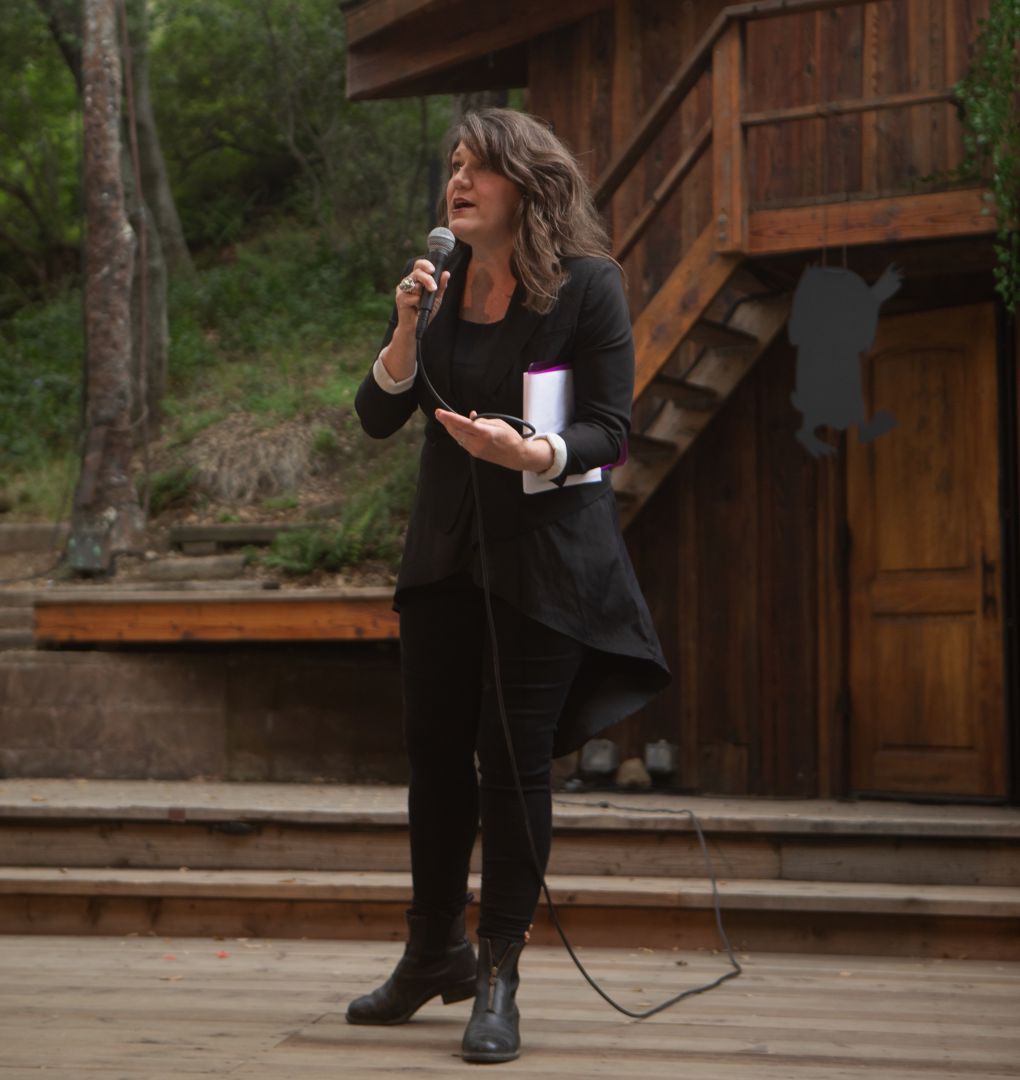 Alright, so let’s move onto what keeps you busy professionally?
I’ve been writing and performing comedy and music since the late ’90s in NYC. It all started with my first stand up set at Gotham Comedy Club that went surprisingly well. Chris Mazzilli (Gotham Comedy Club) gave me one piece of advice back then: he told me to write the truth about my family, everything else would just be jokes. If I really wanted to do it right, I needed to talk about the gritty things that bothered me. It took about 10 years to get good at comedy, though. And the minute it all clicked, I had my first son, which redirected my nights from comedy club stages to rocking my baby to sleep on the couch instead. I wanted to to see if I could “do it all.” And, in time, I started writing about motherhood and it was well-received: Tales from The Gymboree (2005), I’m Not From Here, but My Kids Are (2010), Expressing Motherhood (2010-2022), and Mommy Tonk (2010-2022).
Challenges I faced were mostly balancing the caretaking of my two sons and trying to perform as often as I could while holding down the fort while my husband travelled for work. It was a lot all at once.
Now, my kids are older and I’m able to focus on my work. I don’t feel a strong desire to write about motherhood anymore because my kids are basically little adults now. So, I remembered what Chris Mazzilli told me to do twenty years ago. I shifted into a deeper, more meaningful and bothersome topic which is perpetual generational trauma, mixed with mental illness and addiction that my family has dealt with for years and somehow I’ve made it funny. I come from a very complicated family and I had to do something with my strong feelings about ending the cycle of abuse and addiction that has been prevalent in my bloodline for decades.
I’m very excited about taking my new solo show Bulletproof Unicorn to the Edinburgh Fringe Festival in August 2022. I will be performing my new solo dark comedy 18 times over the course of 3 weeks. It’s a daunting endeavor, but I feel like all of my years of writing and performing comedy have led me to this moment to tackle the truth in a twisted and humorous way.
The lesson I learned most is to write my own material. No one is going to be able to create a better vehicle for me than myself. I am confident in my ability to build this thing and drive it.
I want the world, and especially my two boys, to understand the power of art. The subject matters that I’m dealing with in my new show are dark, heavy and traumatic. But the way that I tell this story is so whimsical and outrageous, that it is palatable for the audience. I want them to know that they can take something tragic, transform it into something else and take away the power it once held. And I want them to laugh, damn it. 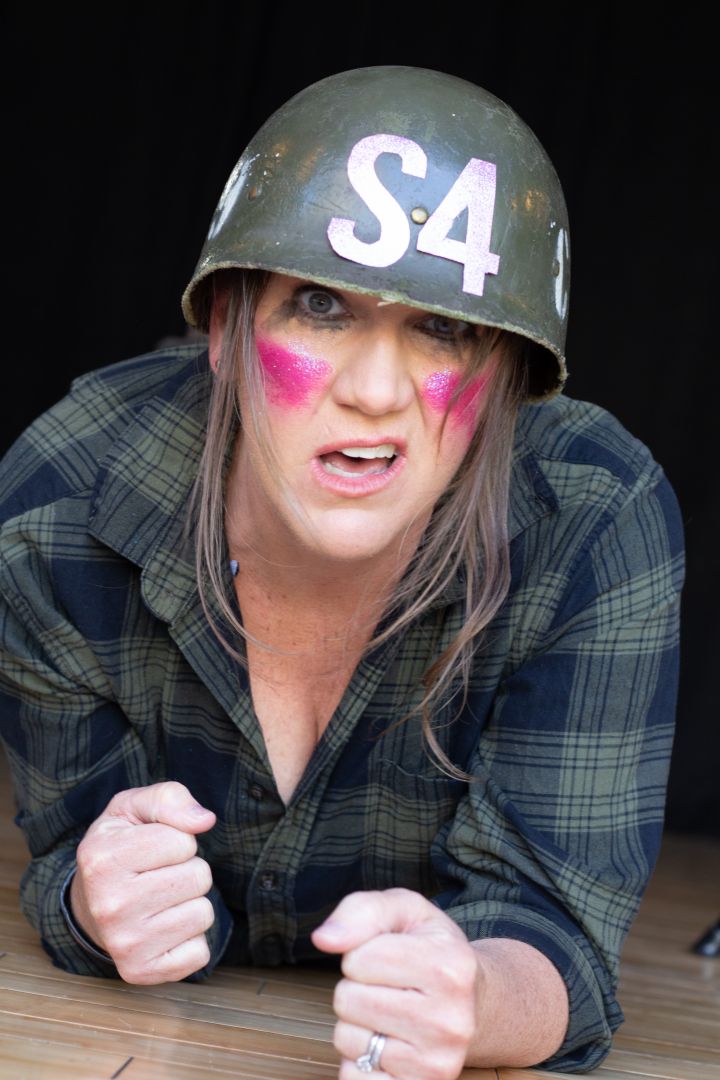 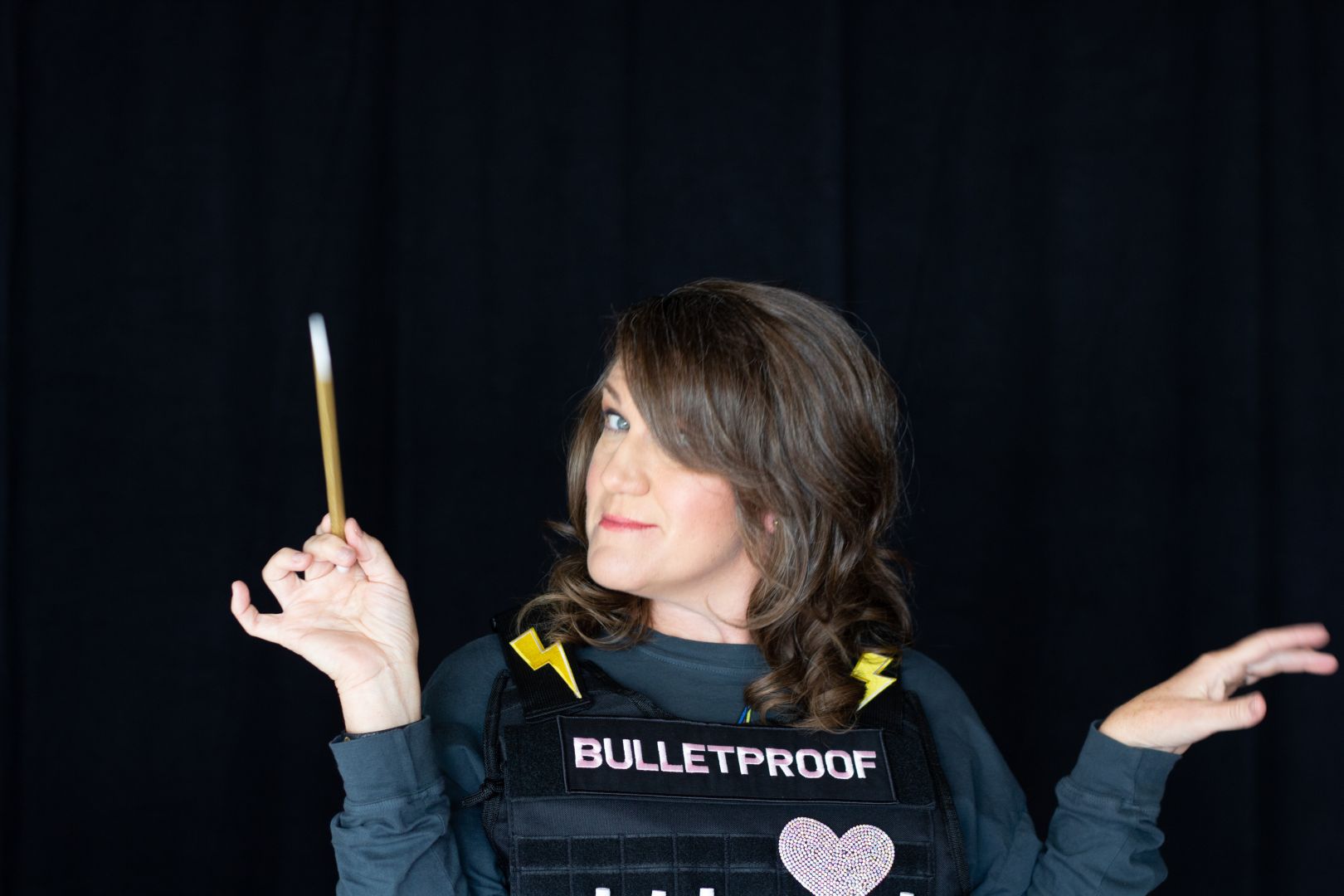 Any places to eat or things to do that you can share with our readers? If they have a friend visiting town, what are some spots they could take them to?
Ok, well you’ve come to the right place. First stop: dinner at The Old Place Cornell in Agoura Hills. Morgan Runyon has repurposed an old post office into honestly the best dang food cooked over an open fire. While you’re in the area, hop over to Paramount Ranch to see old movie sets that look like a western town.
Live Jazz music by Angel Town Combo – if you want it fancy, go to Baltaire in Brentwood on a Thursday. If you want it down & dirty, go to the Barkley in South Pasadena.
You’re going to need to take in a show at the Hollywood Bowl while you’re here.
I’ll take you on a hike in Topanga Canyon that will make you forget that you’re in LA.
If Tom Kenny & The High Seas are playing their Soul Revue, you’ll need to experience that live show because it’s the most fun ever.
Catch an alternative comedy show at Largo at The Coronet.
Catch an old-school, roots country show at The Grand Ole Echo in Silverlake after you have enjoyed craft brews from Benny Boy Brewery. You’ll appreciate a good sausage, schnitzel and beer from The Red Lion Tavern.
Head to the beach. Go North to Malibu. Have a little something from Malibu Seafood Kitchen.
And if you like eclectic, global music, there’s a hidden gem in Topanga called Corazon Performing Arts. Giovanni Brandi curates the most interesting acts at this groovy little spot. Have some pizza and wine at Endless Color right next door. 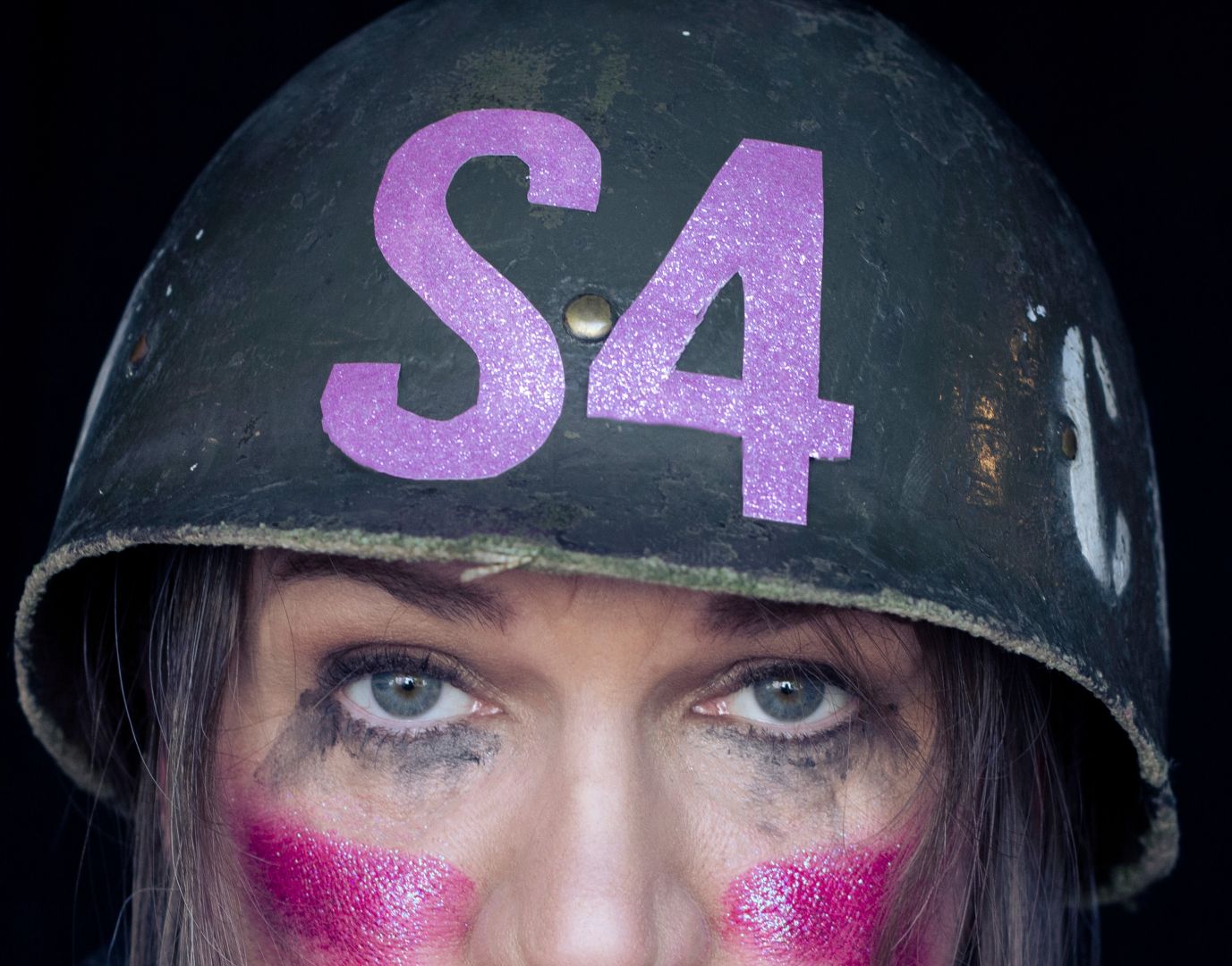 Who else deserves some credit and recognition?
I’d love to give a big Shoutout to Lindsay Kavet of Expressing Motherhood and Shannon Noel of Mommy Tonk. They gave me a chance to be who I am. They laughed at my absurd, twisted humor and gave me a chance to work. I’d also love to thank Sam Small (singer/songwriter/guitar extraordinaire) for teaching me how to write songs and tell stories. And, of course, the support and encouragement I get from my husband and two teenage boys is crucial. Greg Walloch (The Alchemy of Storytelling) also deserves a huge high five from me. He has sat with me for hours guiding me through story development of my new solo show Bulletproof Unicorn. He is a patient and very good listener. He knows how to tell you to steer, but never takes the wheel. 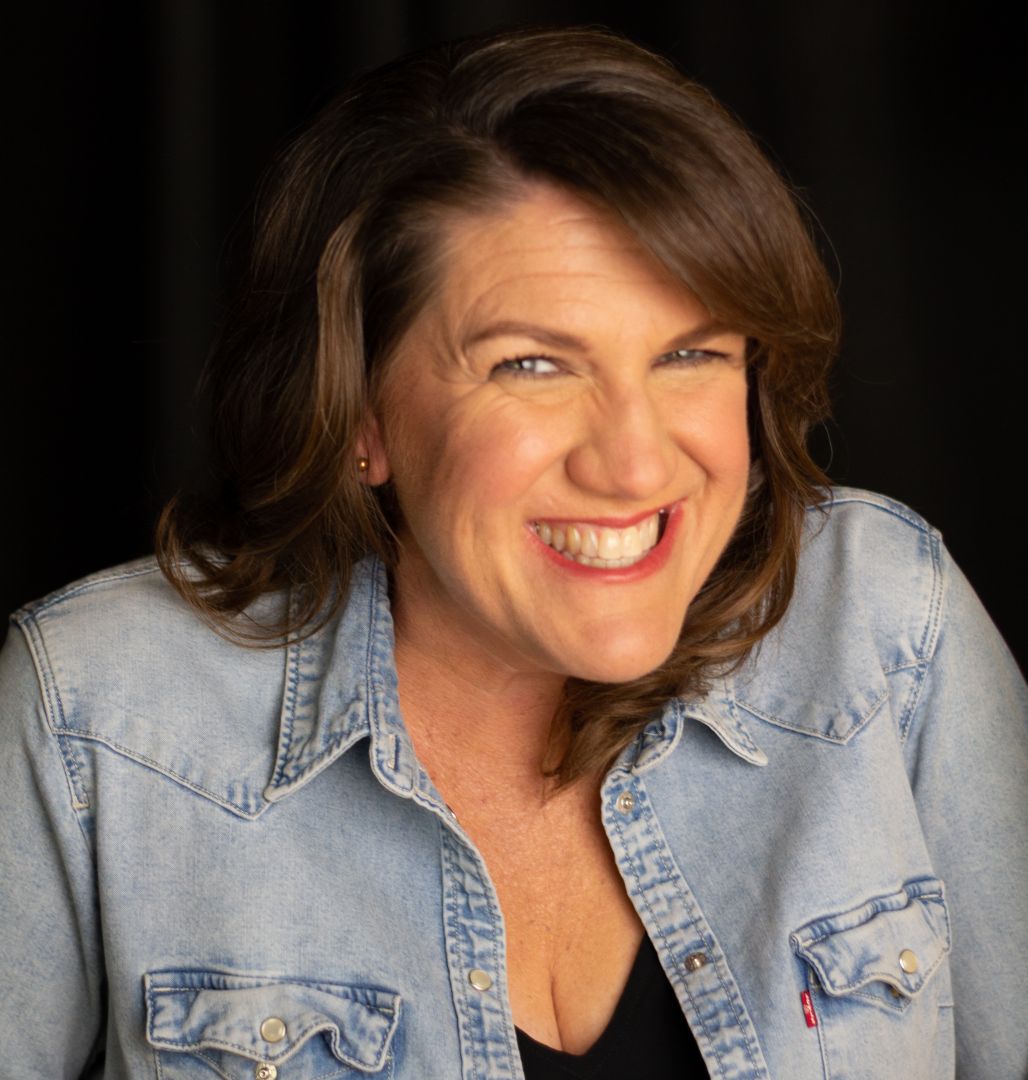 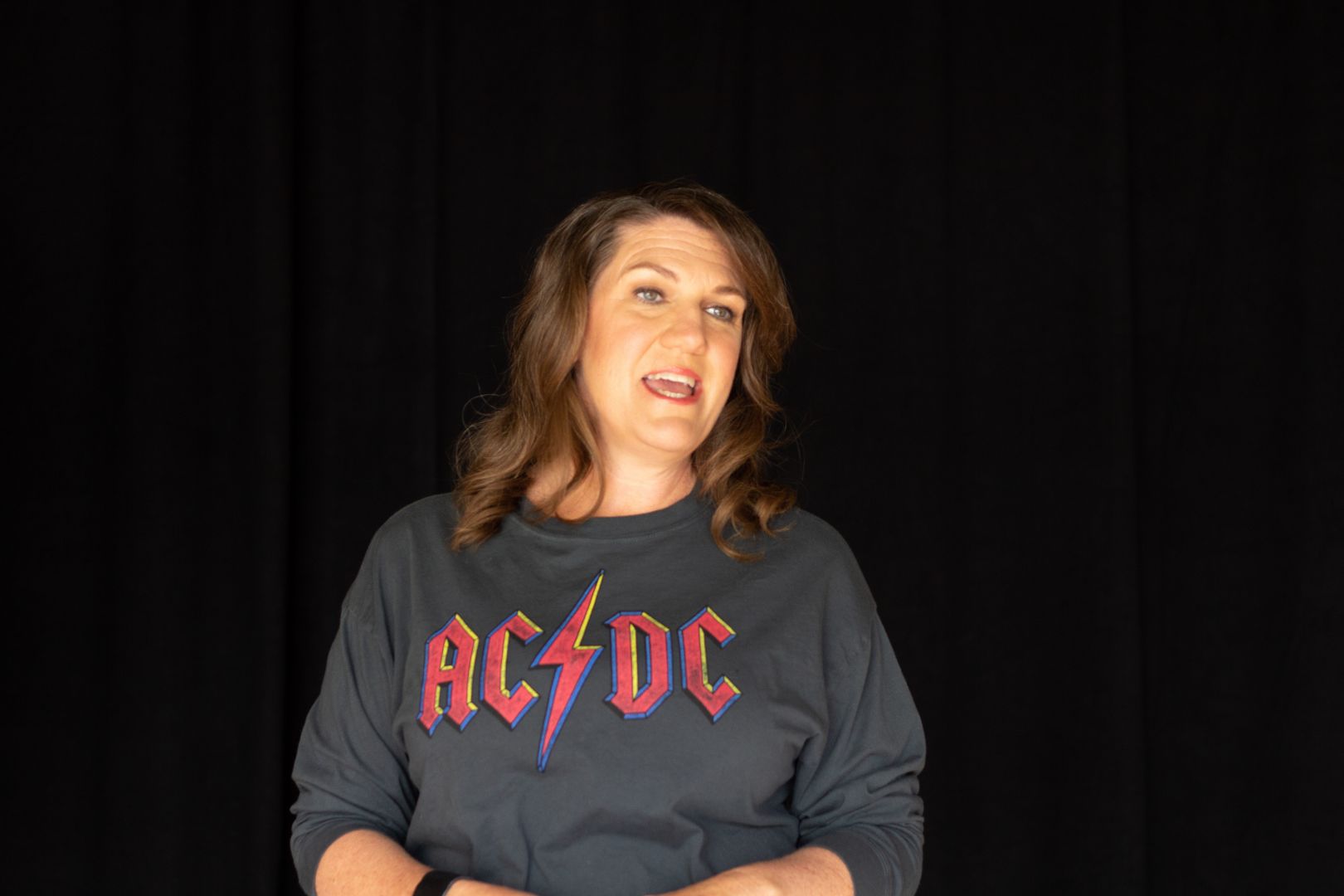