We had the good fortune of connecting with Sugi Dakks and we’ve shared our conversation below.

Hi Sugi, how do you think about risk?
Personally, I think it’s important to remember what the risk is for yourself vs. what other people see as risky for you. I think a lot of times pursuing a career in music seems risky for someone on the outside, someone in your outer circle that doesn’t fully know why you make the decisions you do. They will always see what your doing as more risky because they are putting themselves in your shoes. They might not be as passionate about music, or might hold different values on what it means to be successful and what success looks like, and they will try to impose those views on you by saying it’s risky to pursue a career in something like music. But, from an inside perspective, in my case, it is way less of a risk for me to pursue a career in music because it aligns with my values way more. I want to pursue something I am passionate about. I want to inspire other people. I want to focus on expressing myself and sharing that expression with those around me. I want to be happy with what I’m doing everyday. In this lens, getting a job as an accountant (let’s say) is way more risky for me. I will be way more unhappy, won’t be passionate about what I’m doing, and will take the risk of not living the life I want for the rest of my life. That’s way too risky for me to take that chance when music is clearly a more straight forward path for what I want to do. For someone on the outside looking in though, they would view the accountant job as way less risky for me. It’s a small difference but I think it’s an important one to remember. If you want to do something, it’s way less of a risk to actually do that thing. 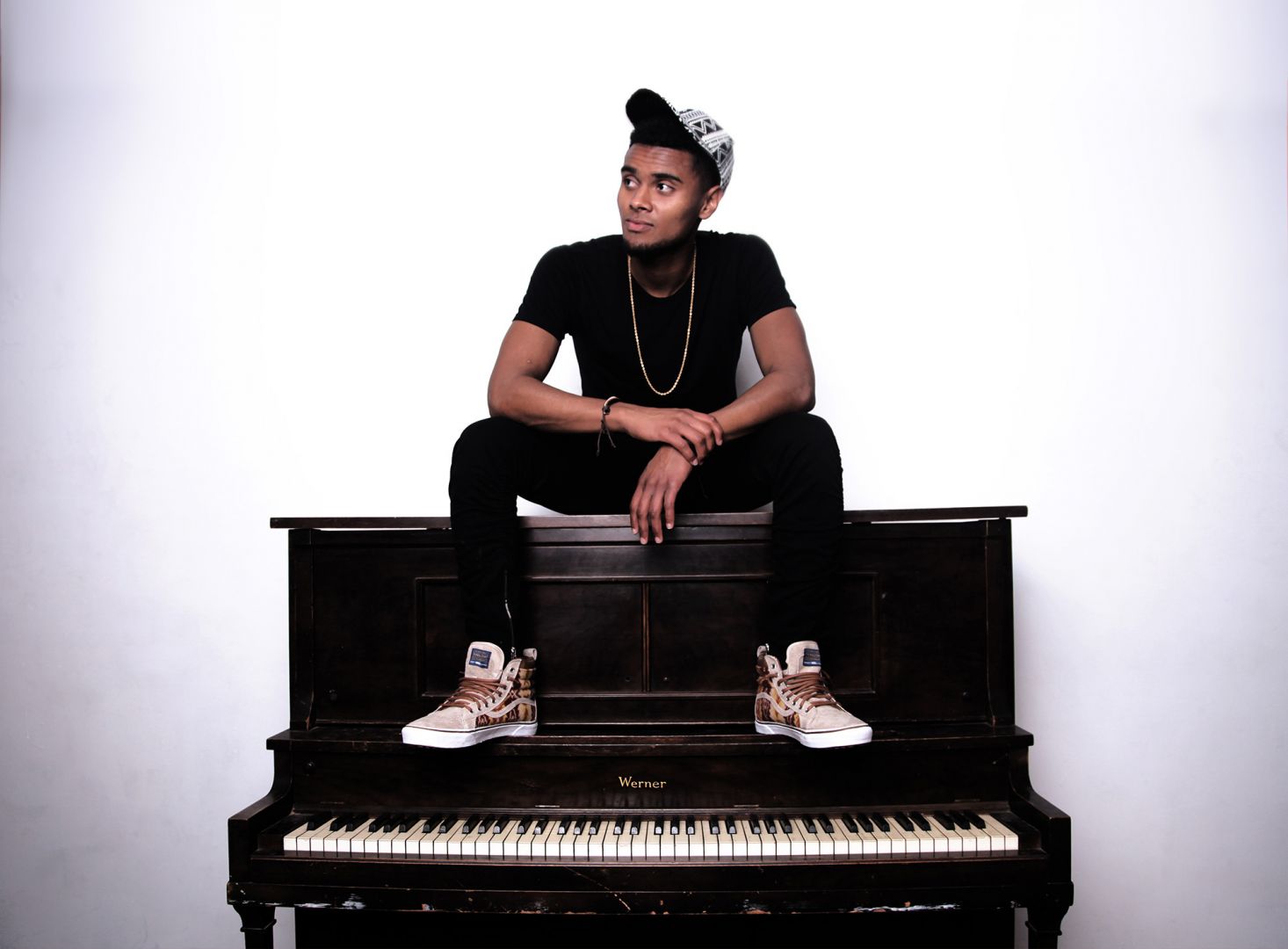 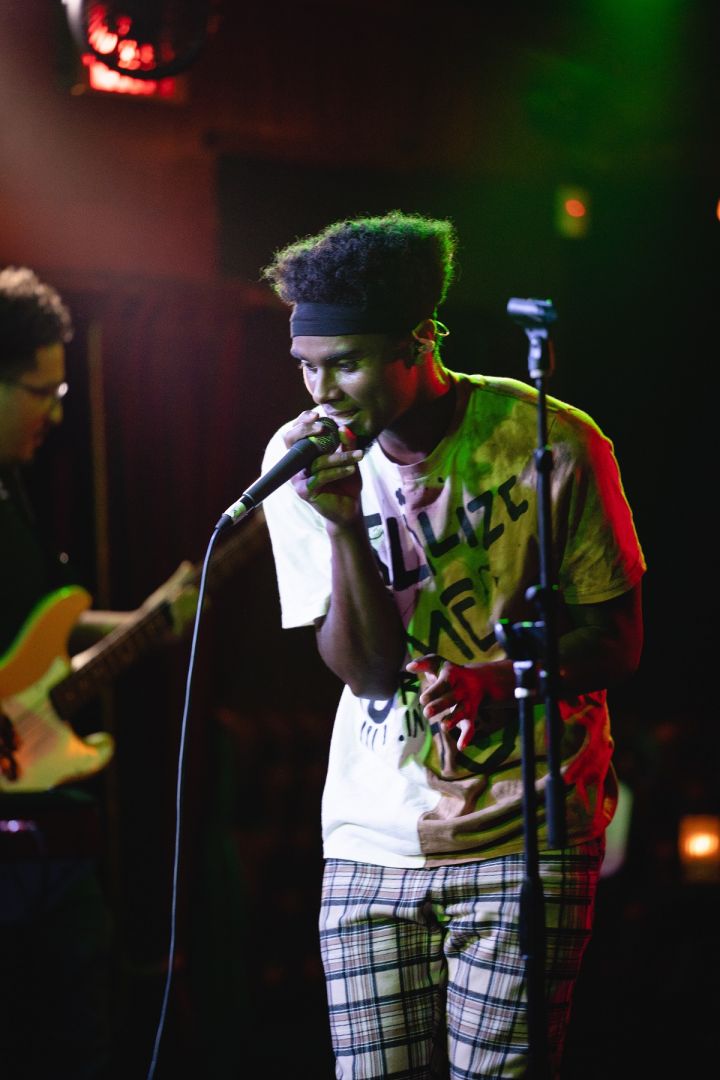 Alright, so let’s move onto what keeps you busy professionally?
I graduated with a degree in Jazz piano and also did a lot of slam poetry in college. I’ve always loved rap music as well, so I decided to combine all three as much as I can. So I would say I blend rap/poetry supported by jazz leaning music and melodies. I try to be proud of every project/video/piece of music I put out. If I put it out knowing I did all that I could with the resources I had available at the time I try not judge it too much later down the line. Obviously I am growing and learning new tricks and trades that would of helped to know back in that time, but how would I have known? So as long as I’m giving it all that I have in the moment I’m ok with however successful or not successful it becomes after the fact. I hold onto a quote my grandpa used to always say which is nothing good every comes easy. So I definitely struggled early on. When I first came to LA all I was doing was working at grocery stores, Chipotle, parking valet, whatever I could just to get by. And there were definitely days where I wanted to give up and there were days when I did give up. But I think I realized each time that there was an even more hollow feeling just trying to get through the day and have each day be more or less meaningless. I think I would always come back to music because at least it gave some meaning to my days. And I would say it is very much about the marathon of it, continuing over a long period of time. The ones that do that usually tend to be on the upper tier later down the line. It’s probably different for everyone but finding the reasons to keep moving forward I think is important.

Any places to eat or things to do that you can share with our readers? If they have a friend visiting town, what are some spots they could take them to?
I would take my best friend to the beach obviously, living in Los Angeles. Then we’d probably go on a hike over by Malibu maybe, or Griffith. Gotta hit up the taco trucks. There’s some prime ones I have a list of them. Gotta hit up California Donuts, the gem of all donut shops. We’d hit Korean BBQ for sure, living in Koreatown myself. I’d take them to hoop on a court, whether they suck or not we’d have to go anyway. Museums are on the maybe list, depends if I’m feeling inspired or not. And then probably repeat a lot of these things if we have a couple more days to fill. 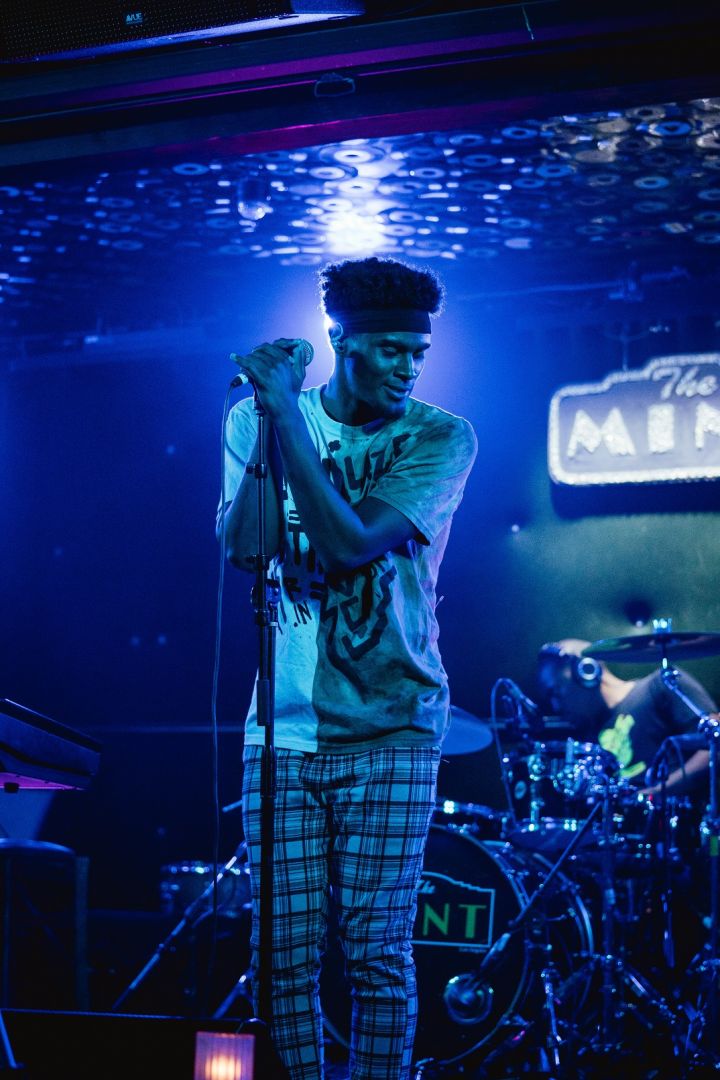 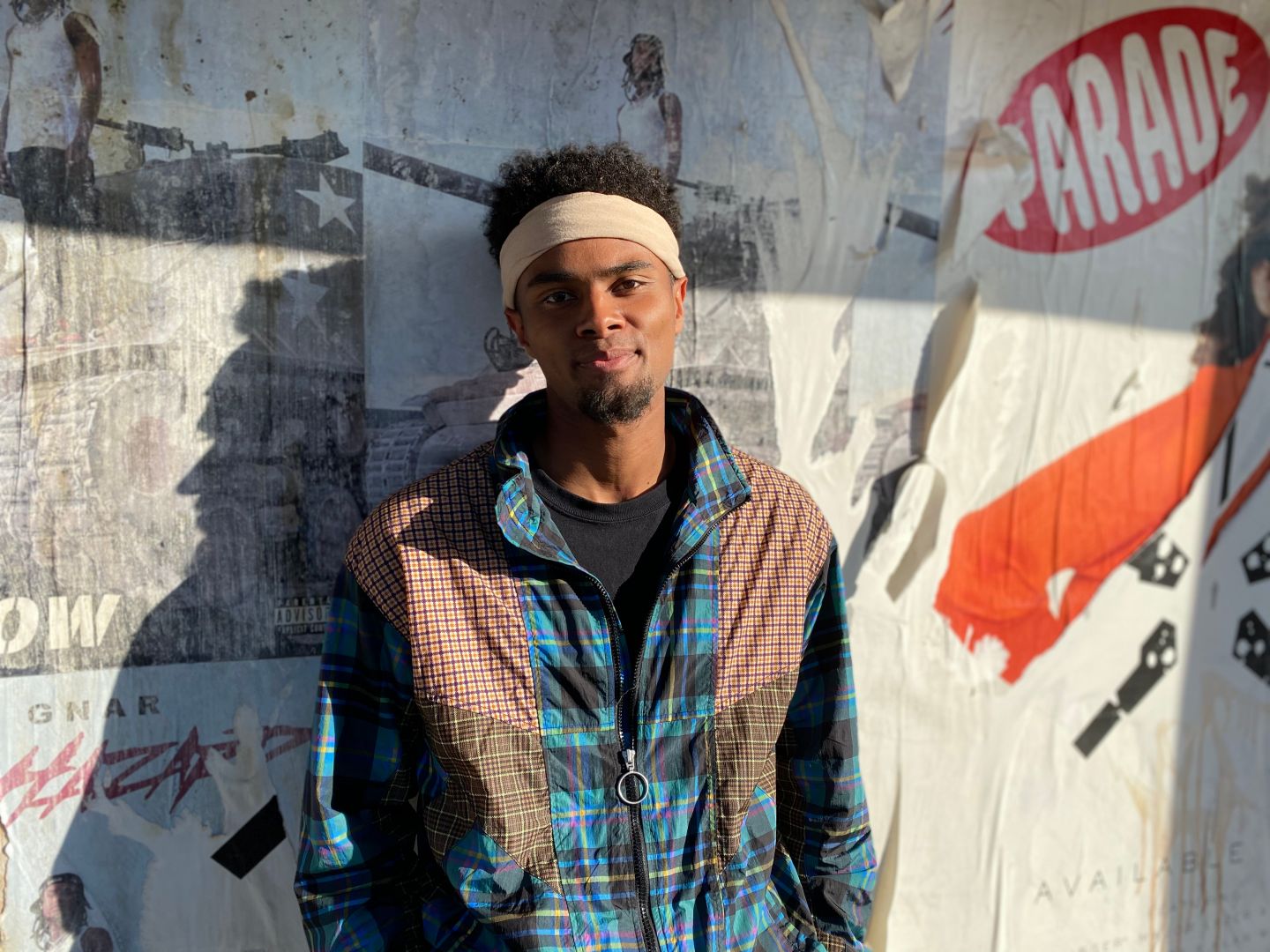 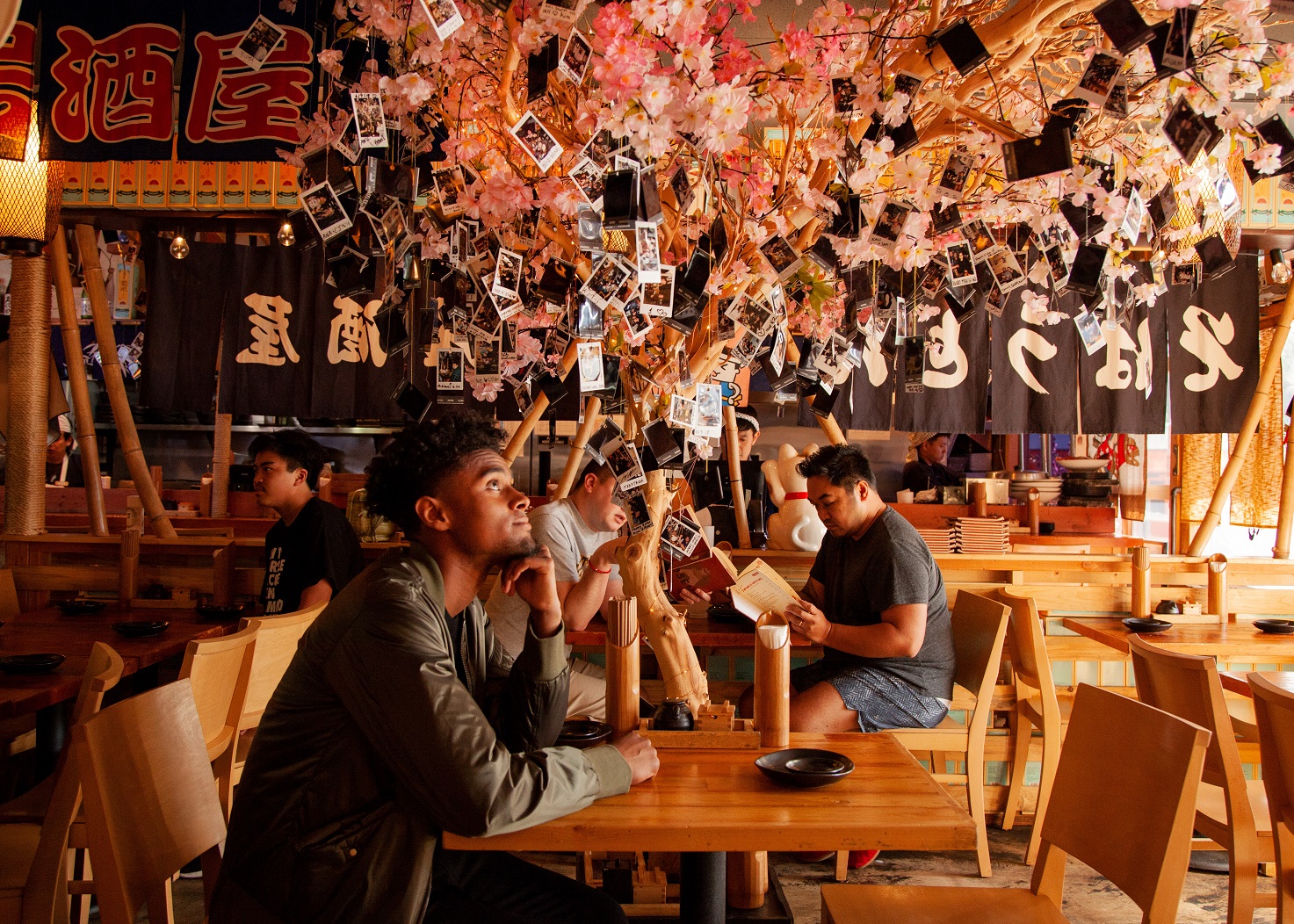 Shoutout is all about shouting out others who you feel deserve additional recognition and exposure. Who would you like to shoutout?
This is a weird shoutout but one time I went white water kayaking with my family and the instructor said something that I thought was profound. The instructor was talking about how you don’t want to look at the rocks while going down a rapid because your body and motion actually tends to go straight for that rock if you’re always focusing on the rocks. What you want to do is focus on the open water you are trying to hit, because 9/10 you will naturally head toward the open water and avoid the rocks completely. I thought that was a great metaphor for life. If you focus on the things you are trying to avoid too much, you tend to just head straight for those things, and never focus on what you are actually trying to head towards. I don’t know the name of that instructor lol.