We had the good fortune of connecting with Two Hour Shower and we’ve shared our conversation below.

Hi Two Hour Shower, we’d love to hear about how you approach risk and risk-taking
Two Hour Shower channels risk within our live performances and in the songs we create. For our shows, we take risks by throwing objects at our crowd in order to engage them with the music, whether we throw them a large plush Spyro, a cucumber, one of Seb’s favorite bucket hats, a Mickey Mouse helmet, a sweaty stanky luchador mask, or if we throw ourselves into the audience or under the stage to truly be on the same level and incorporate props into the theatricality of our shows. A key risk we undertook was during our Fight the Power Summer Tour in 2019 traveling from our home base in Los Angeles up to the Bay Area. Given this was our first tour, we booked all the venues, organized with the other bands, advertised, and planned the traveling all ourselves. For a relatively unknown band from the San Gabriel/ San Fernando Valleys in LA to go to the Bay with bands we’ve never played with before initially seemed a big risk, however, the connections with artists like Schlotman, Dead End Job, and Moebar Hayes, Bay Area homies in the crowds, and the support of venues like Oakland Secret and the Honey Hive Gallery made this risk a string of the most rewarding, moshing, and skanking shows we’ve had. Even our last show at the Federal Underground in Long Beach could have been seen as a risk, performing as the youngest band in Sound the Groove’s 2020 New Year Festival, however, we were told we had the most decorative outfits and highest energy for the night, truly showing how well these risks paid off. As far as our songwriting, we have transitioned from the safety of writing traditional pop-punk structures about relationships to more critical and versatile sounds. Seb and Elijah bring knowledge of history, poetry, religion and politics to create a critically aware form of lyricism, whereas James and Mars’ extensive jazz backgrounds incorporate music theory, unique time signatures and breaks, and experimentation with audio engineering and mixing to create full and diverse sounds that deviate from the safety of three chords and a verse chorus verse structure. Our first album Shower Thoughts shows some of this experimentation with genre and lyricism, however in our upcoming second album, there will be more experimentation and risk-taking in terms of politicized lyrics, genre-bending from ska to noise rock, sampling from different audio sources, and more complex time signatures. Our showerheads are the true inspiration for our risk-taking – avoiding complacency and seeking discomfort. Fight the Power – Two Hour Shower. 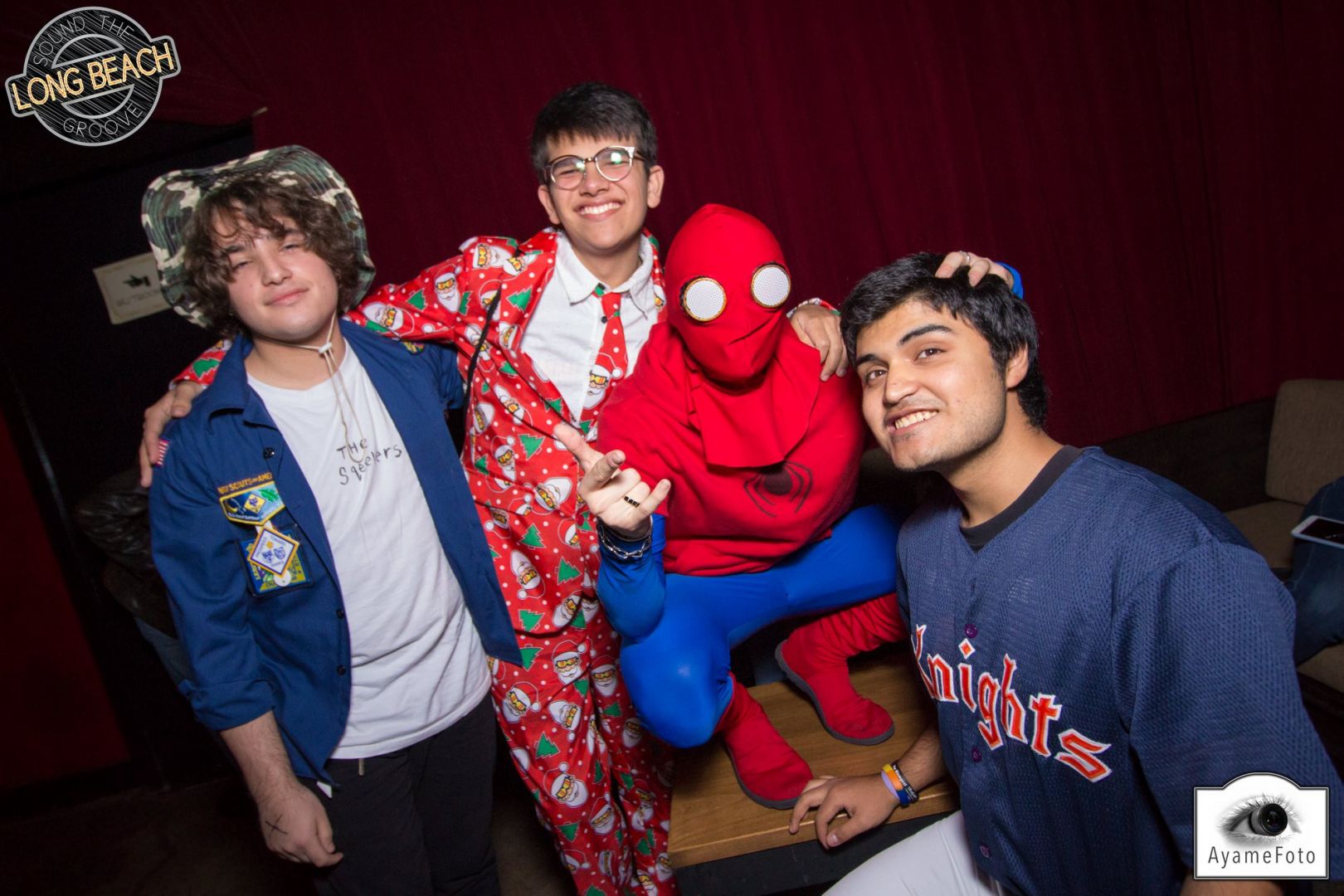 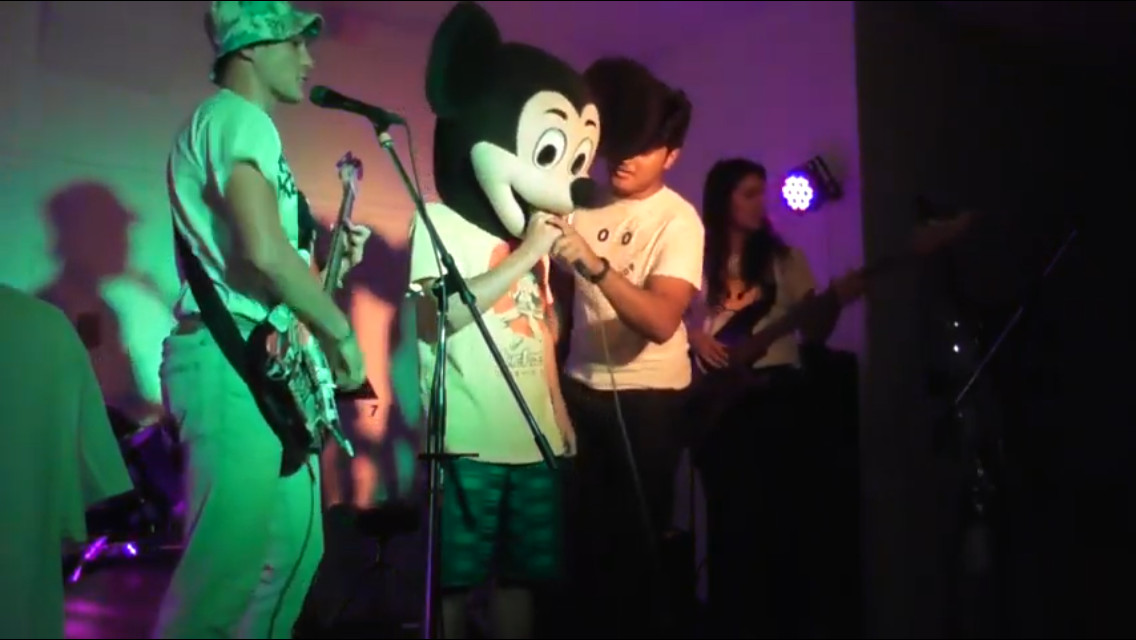 Let’s talk shop? Tell us more about your career, what can you share with our community?
Two Hour Shower’s art intersects with other mediums to become a truly artistic punk megalodon. We began in early 2017 performing at our school’s talent show and having our first full set alongside Fears of Abandonment at Meow Meowz over on Colorado Blvd in Pasadena. Since then, we’ve been playing at houses and other venues throughout the LA area alongside our beloved sister bands, culminating in our first “Fight the Power” tour in summer 2019, playing from LA to the Bay Area. We organized this whole tour effort ourselves and created more connections, finishing our first full album Shower Thoughts by January 2020, having our album release show in Long Beach. During covid, we have been working on our upcoming second album, amplifying what we produced with our first and experimenting a lot more sonically and lyrically. We genre bend between ska, garage, punk, surf, noise rock, melodic jazz, math rock, and spoken word, with our second album featuring these elements prominently. Much of the success of our performances and music comes from artists we’ve had show art at concerts or designing album covers, filmmakers who’ve helped us make music videos and screen their short films in between sets, and other bands for helping promote and play alongside us. In the beginning stages we shifted up different roles in our band, however, much more recently we’ve been able to hone and articulate our sound and lyrics to be thematic but also individual pieces in their own rights, rehearsing more often to create a more cohesive and collaborative project. In typical shows you will find us being introduced by our personal announcer/ monologue Clayton the Gremlin, followed by high energy jumping dance punk, with some slower breaks for spoken word, ending with our self-titled song where the blood, sweat, and pile of bodies and instruments on the stage speaking for itself. However, even with this image, we are a band of love and trust with an essential objective of how we can use our music as a veichle to fight the power.

Let’s say your best friend was visiting the area and you wanted to show them the best time ever. Where would you take them? Give us a little itinerary – say it was a week long trip, where would you eat, drink, visit, hang out, etc.
Funnel Bird in Altadena, La Tolteca in Azusa, Zelo’s in Monrovia, the Sewer in Eaton Canyon, La Pinoresca Skate Park in Altadena, Garvanza Skate Park in Highland Park, Meow Meowz in Pasadena, Devil’s Gate Dam in Altadena, Lucky Boy in Pasadena, Grill Em All in Alhambra, Chano’s in San Gabriel, Krispy Krunchy Chicken in Alhambra, Main Chick in Pasadena, Howlin Rays in Chinatown/ Pasadena, Rafiel’s Artistic Hair Studio in Alhambra, Whittier Blvd in East LA, Connals in Pasadena, Abuelitas in San Gabriel, Spynx Studio in San Gabriel, and the Cat Pad in Monrovia amongst many others. Take the metro to Santa Monica/ LBC and you can hop off at some of our favorite spots and explore LA for a good beach time without worrying about parking fee baloney. 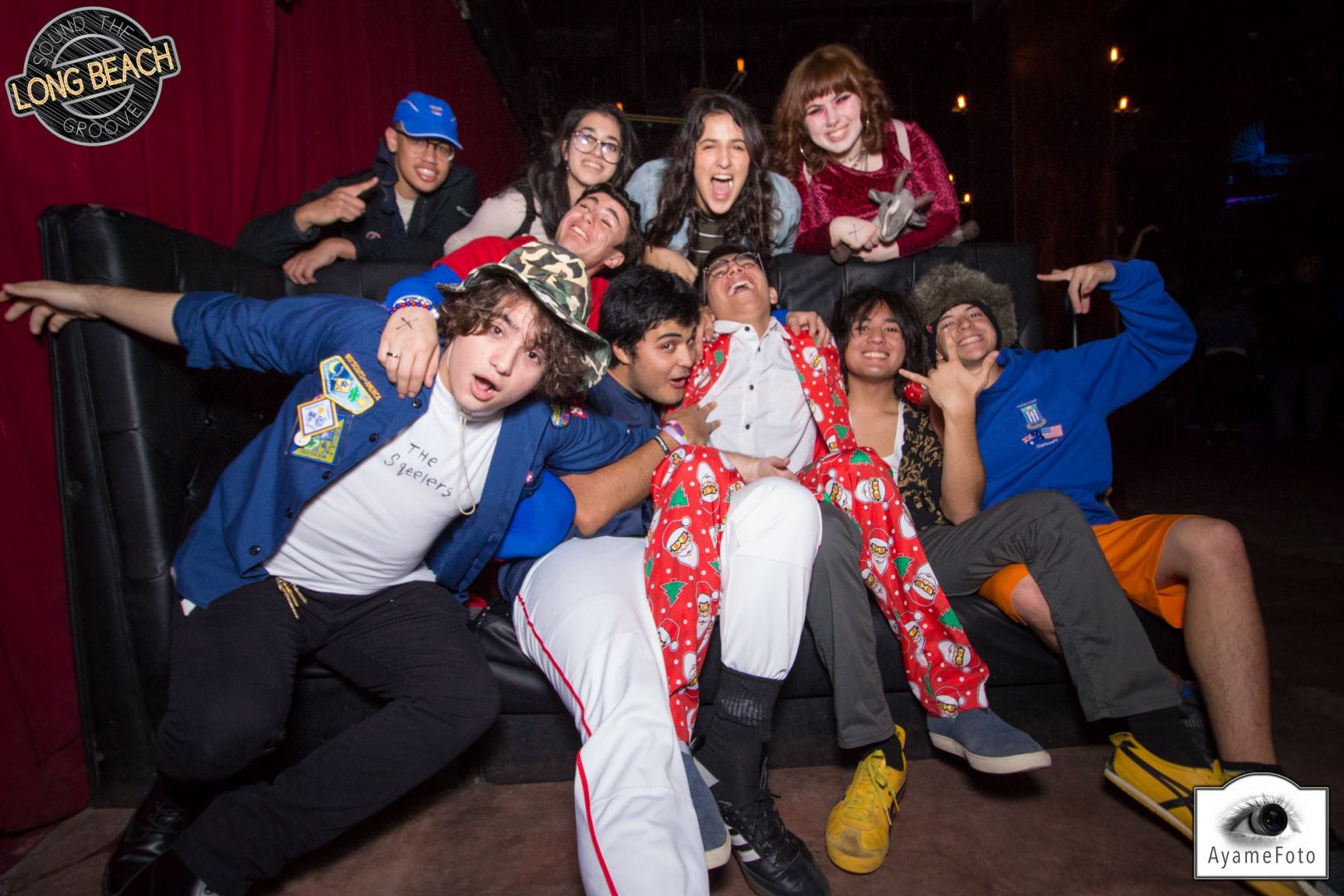 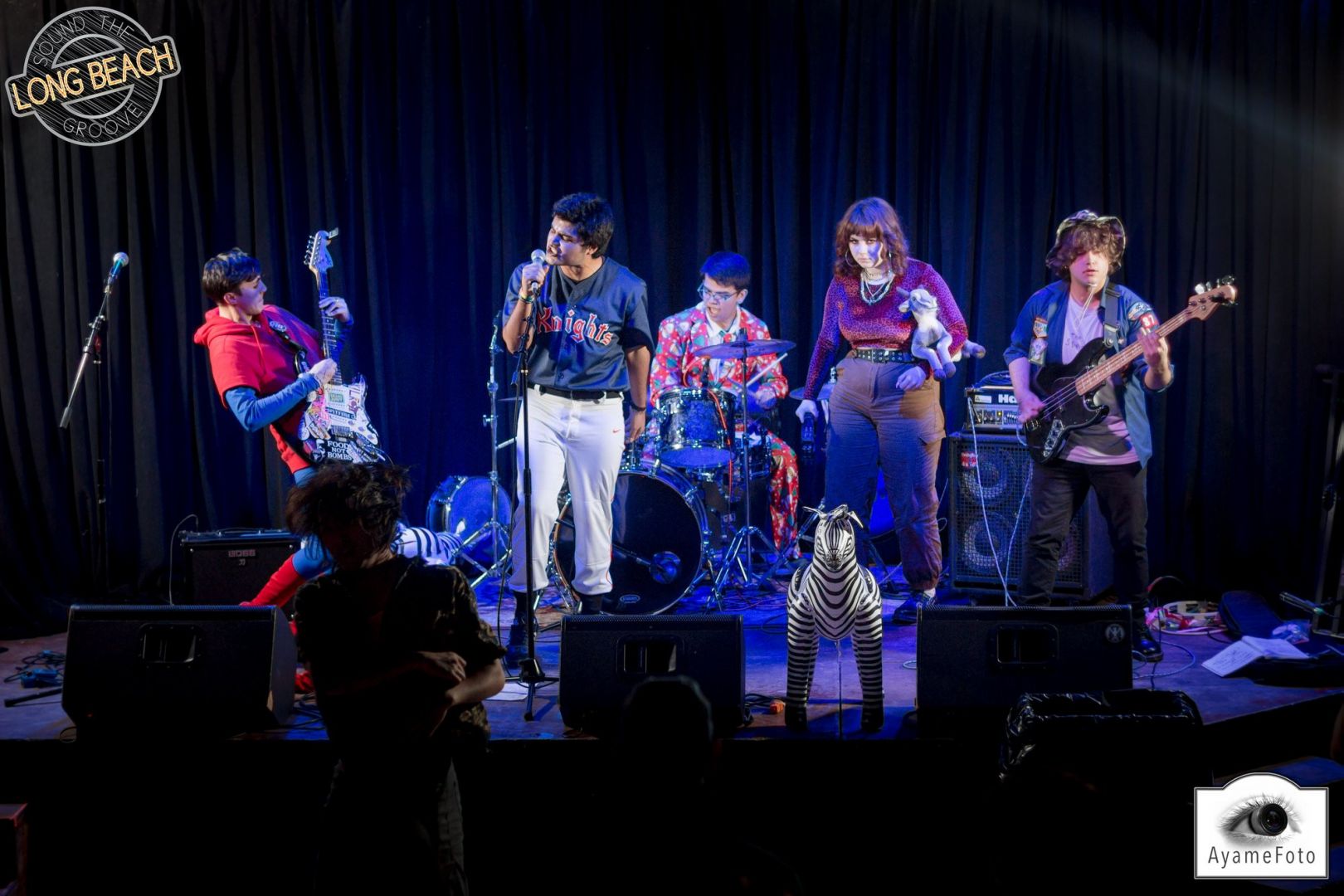 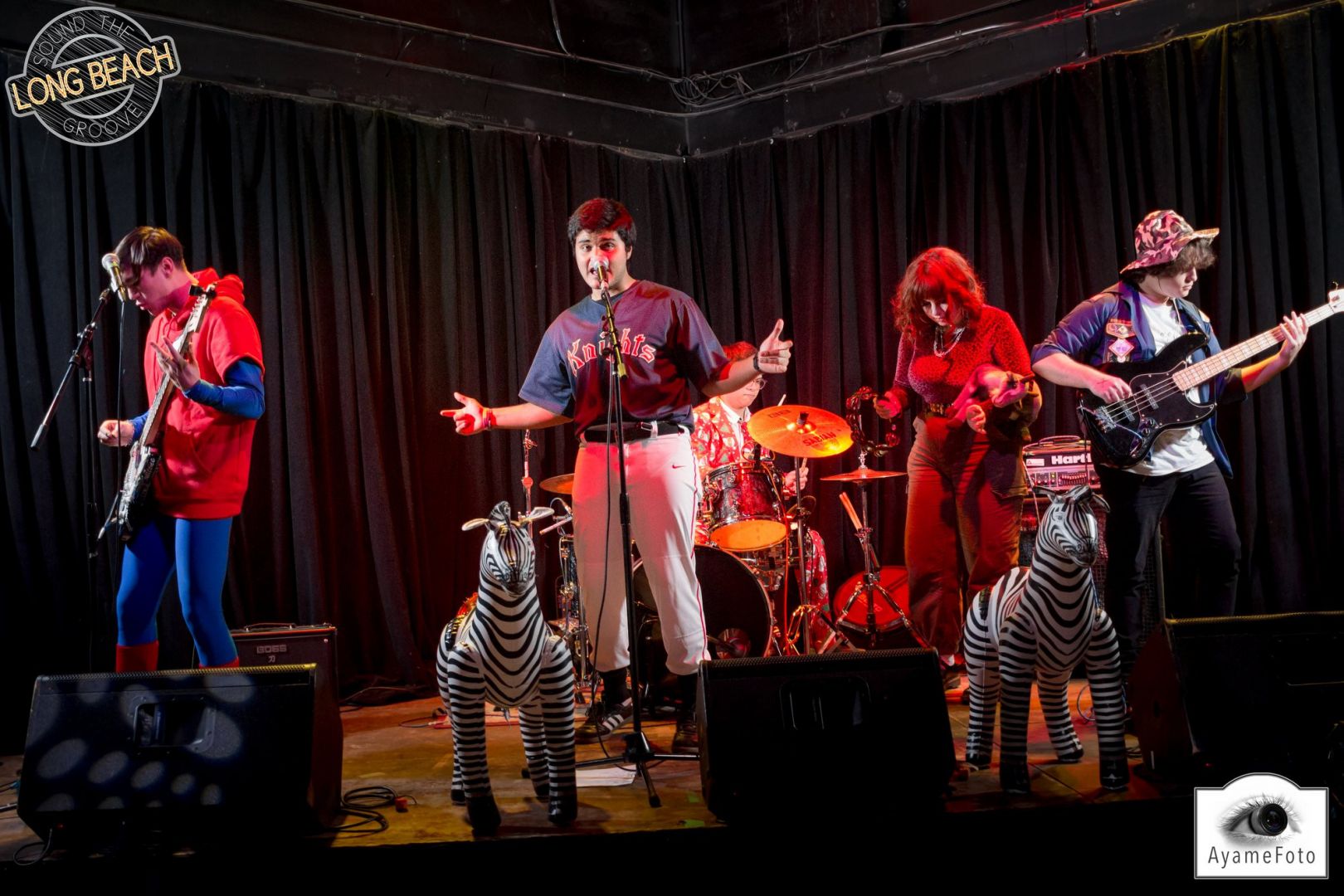 Who else deserves some credit and recognition?
We’ve played with many bands within our local San Gabriel and San Fernando Valleys, with Carboretum, Ronnie Cumm, Very Sorry, Fears of Abandonment, Idiot Burn, House Fatigue, The Sqeelers, Unicorns at Heart, and Underpass 134 comprising the core of our scene in LA. We’d love to give a shoutout to Veronika over at Meow Meowz in Pasadena, always allowing us to play amongst the coolest rock thrift items you’ll find, The Smell in Downtown LA for being a staple in the LA DIY scene, as well as Evan over at The Spacemint Studios in Highland Park for recording our upcoming album with us. As far as books, we’d love to give credit to the Devastation of the Indies by de las Casas and Howard Zinn’s People’s History of the United States for helping shape our critical anti-colonial lens, as well as Ralph Ellison’s Invisible Man And Albert Camus’ The Stranger for helping us incorporate self-consciousness into our lyrics and performance. Of course our family and our friends – the Showerheads deserve all the showers of love, we especially love grabbing chicken sandwiches with our loved ones over at Funnel Bird up in Altadena, a key spot as well following band rehearsals.