We had the good fortune of connecting with Zimar Manigault and we’ve shared our conversation below.

Hi Zimar, can you walk us through the thought-process of starting your business?
My thought process was kind of automatic at this point. I have been an entrepreneur for most of my adult life. From starting an indie record label (Abstrakt Reality Records) back in the 90’s to trying my hand at starting a trucking (Big Rigs) company in 2003 to real estate as an investor in 2008. This time was a bit different as I’m getting older I had to start to minimize my risks and look to starting a business that had a good consumer base and something that I loved doing. 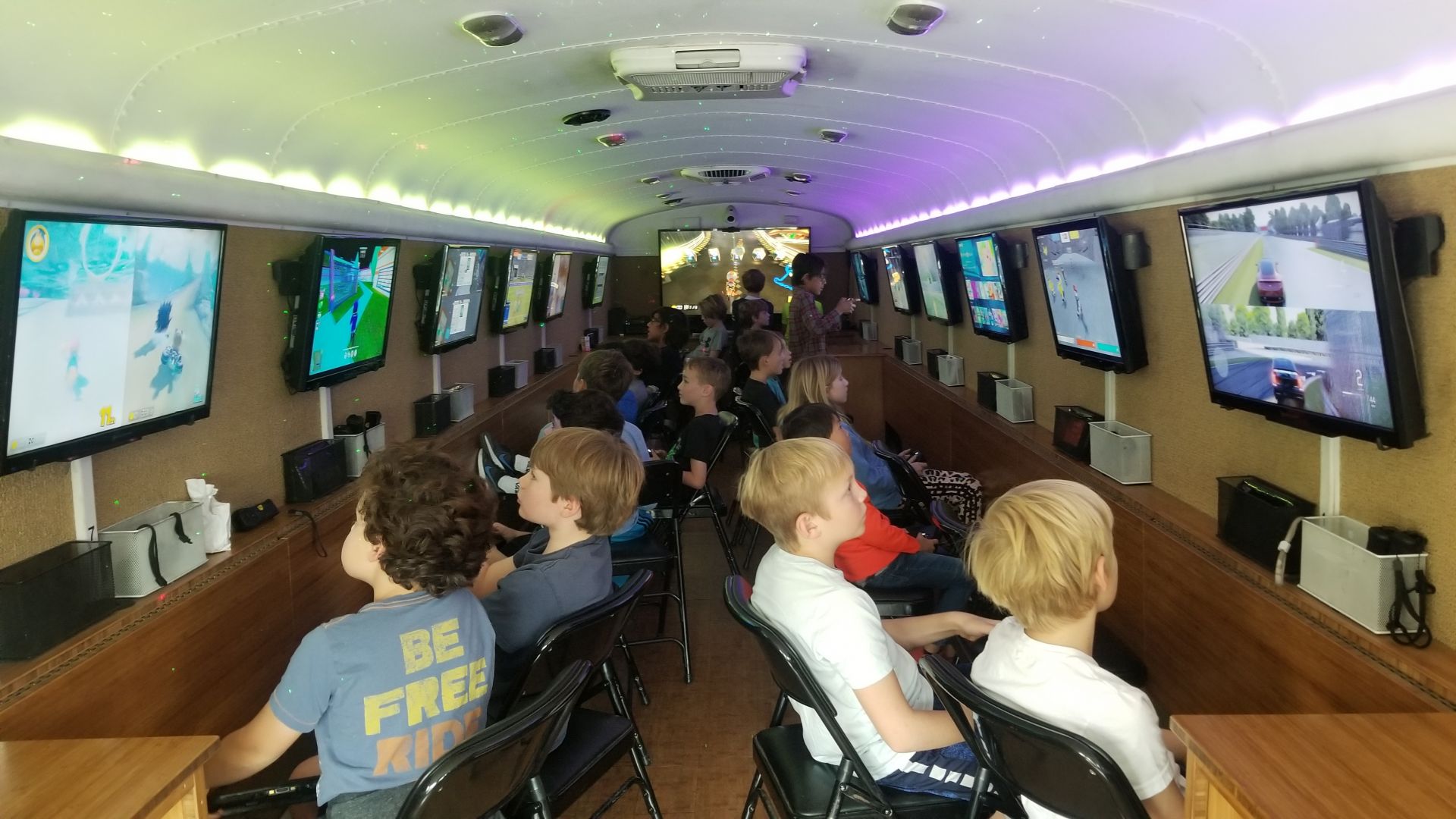 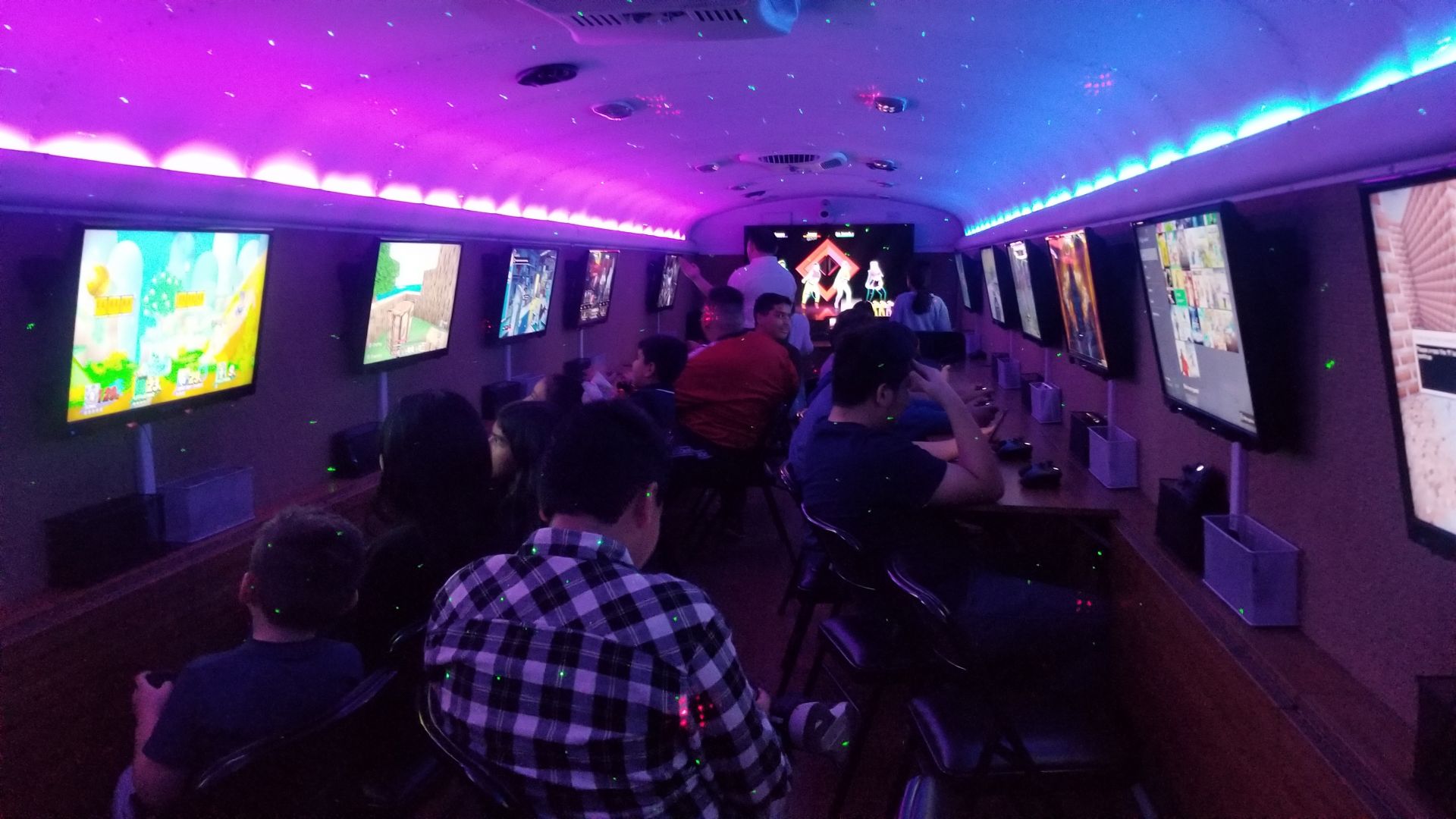 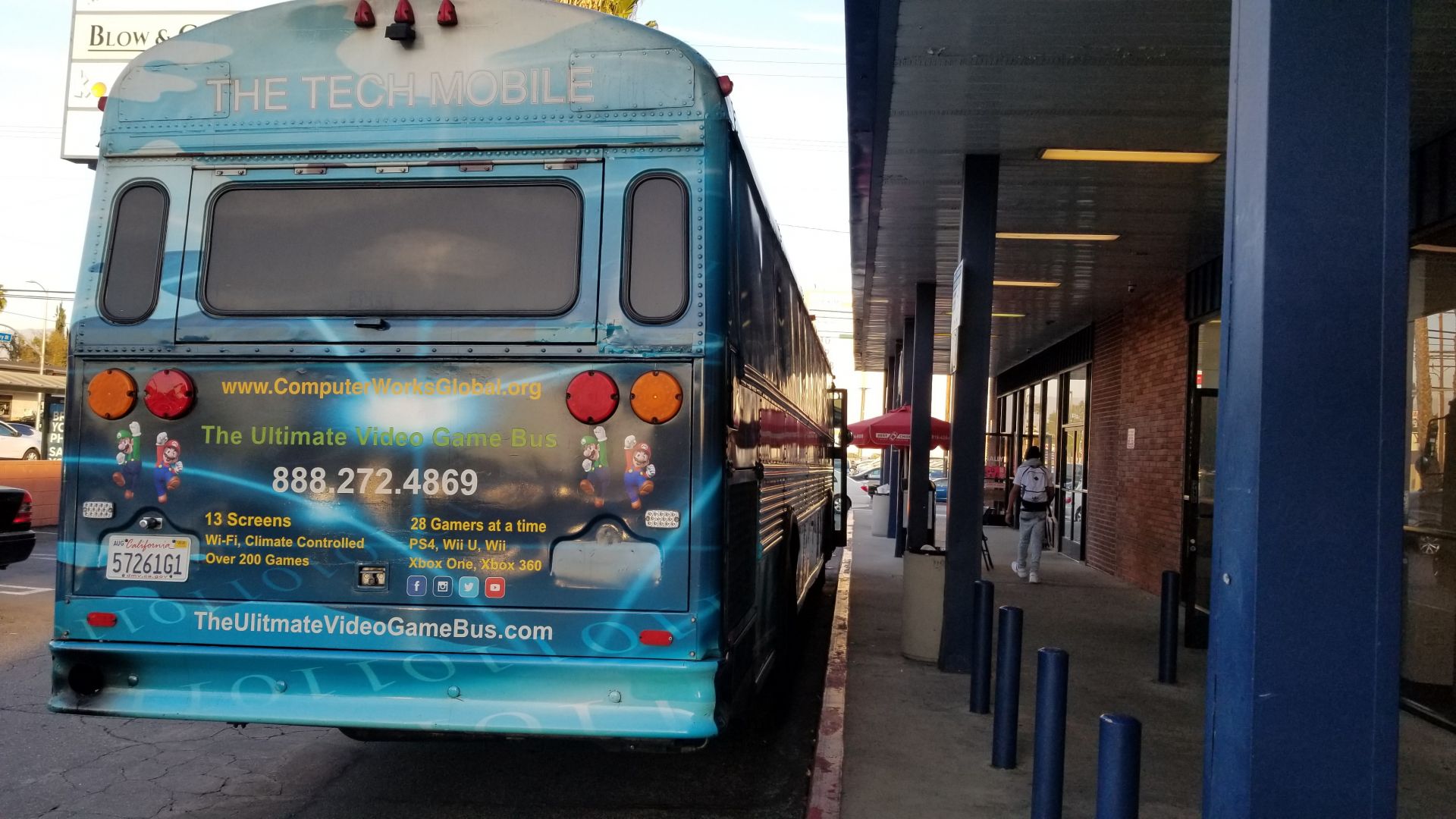 Alright, so for those in our community who might not be familiar with your business, can you tell us more?
I had a very active entrepreneurial background. starting out as a musician, then owner of a small indie label (Abstrakt Reality Records) then owner of a trucking company (Sonic Freight) to an real estate investor, I’ve always kept my creative and logical sense of balance to everything I got involved with. I was born and raised in Brooklyn, NY. My motto is ” If it can be reasonably be done and the outlook looks better than the challenge and I’ve done all of my research…then it will be done and I don’t and will not ask for permission”. That might sound a bit bold and maybe it’s the New Yorker in me but innovation can never happen if you are always following someone or something. Playing it safe is not for leaders or innovators. After losing everything in the market crash of 2008, I went back to school (2010) for a new career or maybe it was to just jumpstart my brain again (I really believe it was the later). While attending I worked for a game truck company for 3 years. I learned the trade, the industry and it’s clients. I told my employer that I would eventually become owner of a game truck one day soon. He was happy about that and taught me the ins and outs of owning a game truck company. During that time I witnessed the strengths and weakness of the industry and game trucks in general (from an owners and client view point). One of the biggest weakness was the eventual lack of 4 player games. This happened once the Xbox 360 and the Playstation 3 were replaced by the Xbox One and PS4. Let me explain, game trucks were created during the 360 and PS3 era. and are still outfitted with 4 to 6 screens inside and maybe 2 screens on the outside. This was ok back then when you can fit 4 players per screen, however as the new consoles came about the number of local players (players that can sit locally and play on the same screen) when down to 2. This was because the emphasis was directed toward online multiplayer. So now the number of players that can play together in a game truck was split in half. The outside screens were weather tolerant , meaning that if it was too cold,hot, windy or raining no one wanted to go outside the trailer to play on those screens. I took all of that in when designing my game bus. First I wanted something that I did not have to worry about falling apart. I then came across a old school bus and said yes. Buses are built like tanks because that had to keep kids safe during travel. They are tough as that had to be used everyday. I took a full sized 40 ft school bus gutted it and designed it with as many consoles and screens as I comfortablely was able to (13 consoles and 13 screens). This solved so many issues as now I can run 13 different games at the same time. Also all of the game were in a climate controlled environment….let it rain!!.Now don’t get me wrong this was no cakewalk, first there is the responsibility of driving a bus as opposed to pulling a trailer with a pickup truck. First is a class B licence and experience driving large vehicle (good thing I had a class A licence at one time and drove Big rigs). Second this was something new to the industry as I can count on one hand and have fingers left over, how many Game Buses there are (full buses not small shuttles). At the launch of my company in 2015 I had to do a lot of leftover work from other companies and develop some creative marketing to let potential client know that this was something they might want to look in to hiring. I think my company did so well was due to the word of mouth from past clients. Once client and gamers stepped into the bus and took in the amount of screens and the polish of design they were hooked and spread the work to family and friend. Of course that did not stop my marketing efforts. I advertise on all social media platforms as well as a Google Ad campaign. At this point I’m proud and excited to say that I am the only game bus with 13 screens and wifi in all of California (I know that is also bold, but I did my research and could find no competition). The lessons that I take away from starting and designing my company the way that I did was to trust myself to take the bes educated risk and go for it. Be different, but be effective, logical, creative and most of all be confident in your decisions as a business owner. Consumers and client look for that one thing that sets itself apart from the masses. It dones not matter how much money you put into any business, it matters how effective you are with the funding and creative vision you bring to your budget. 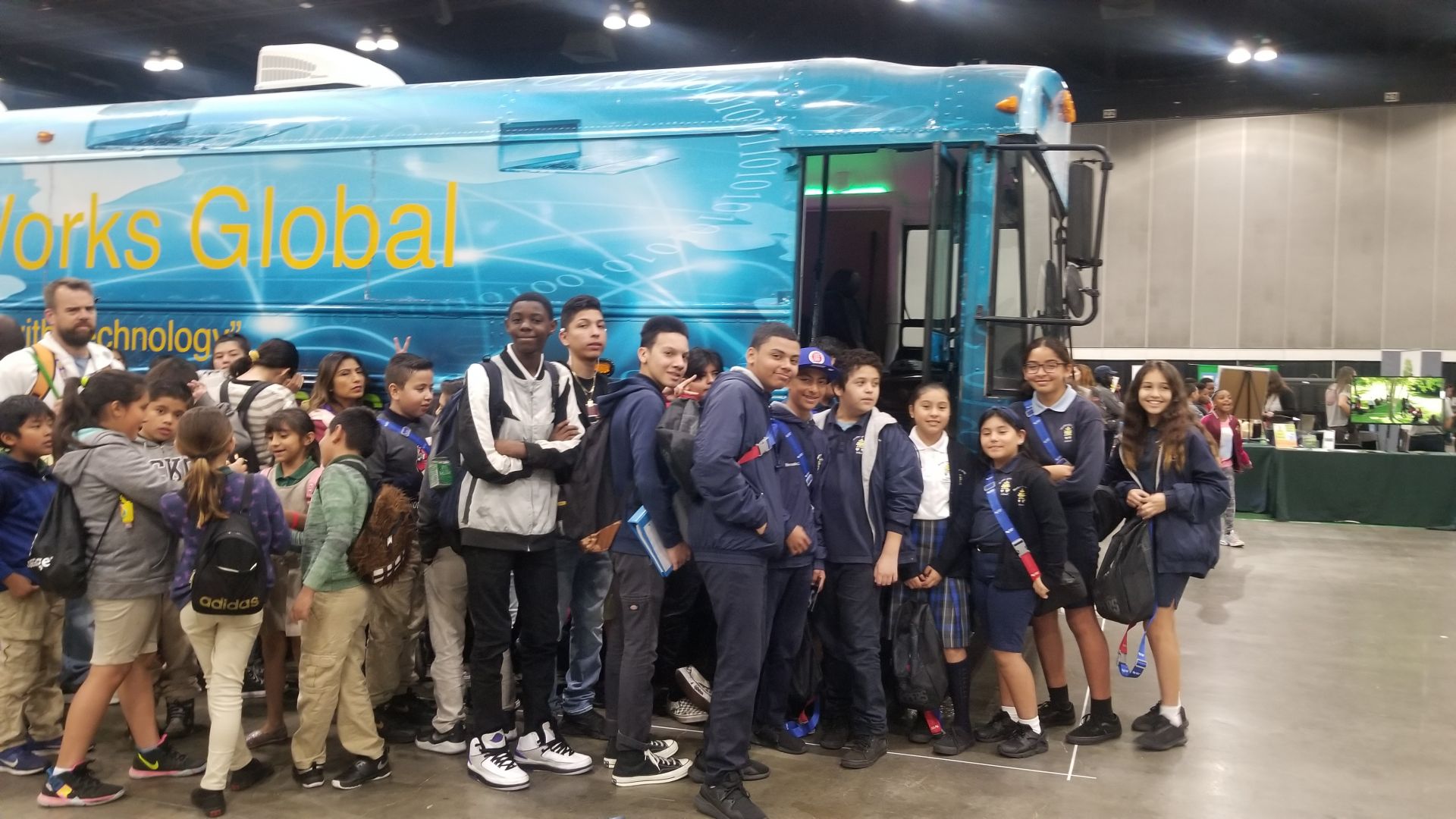 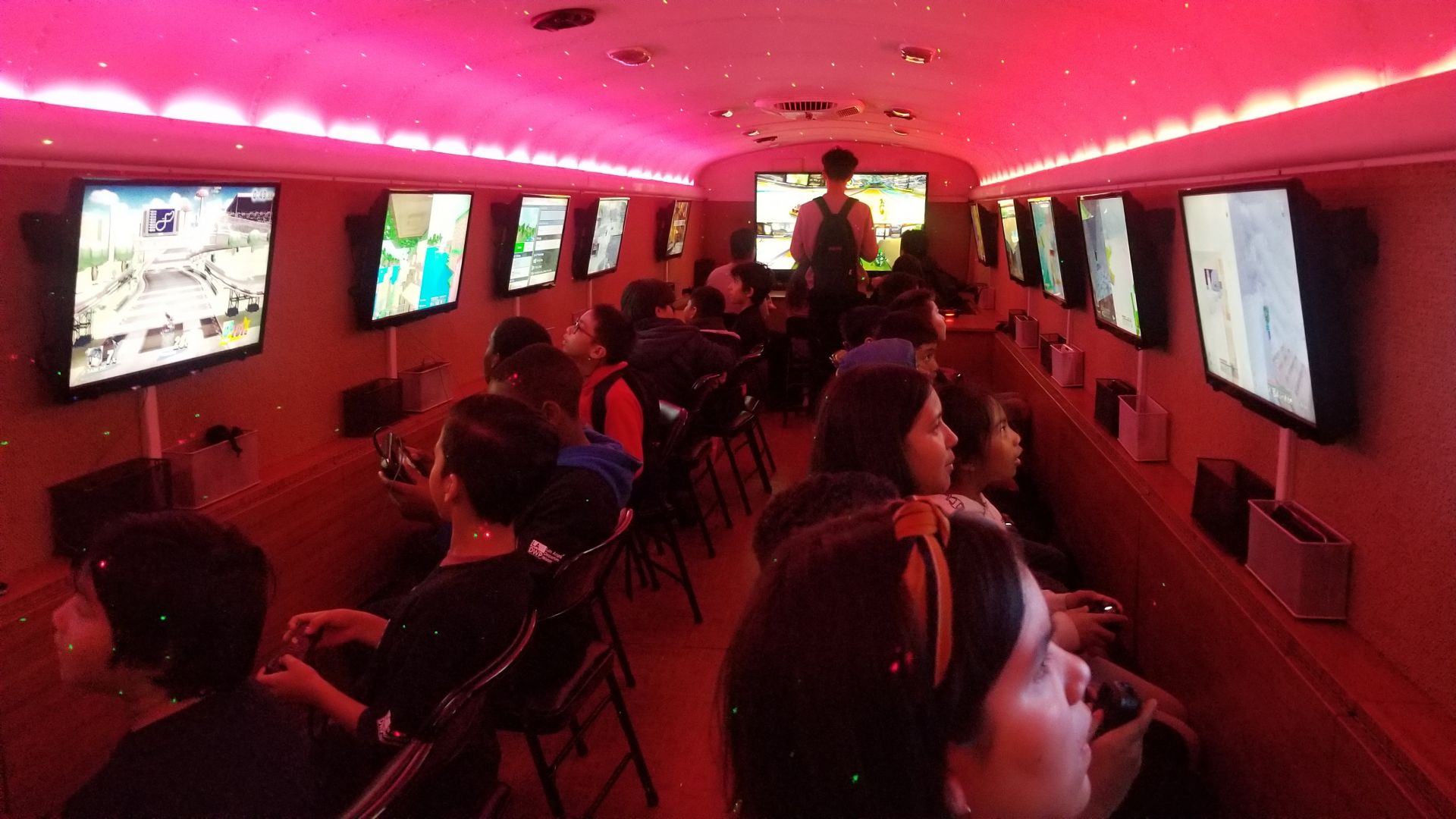 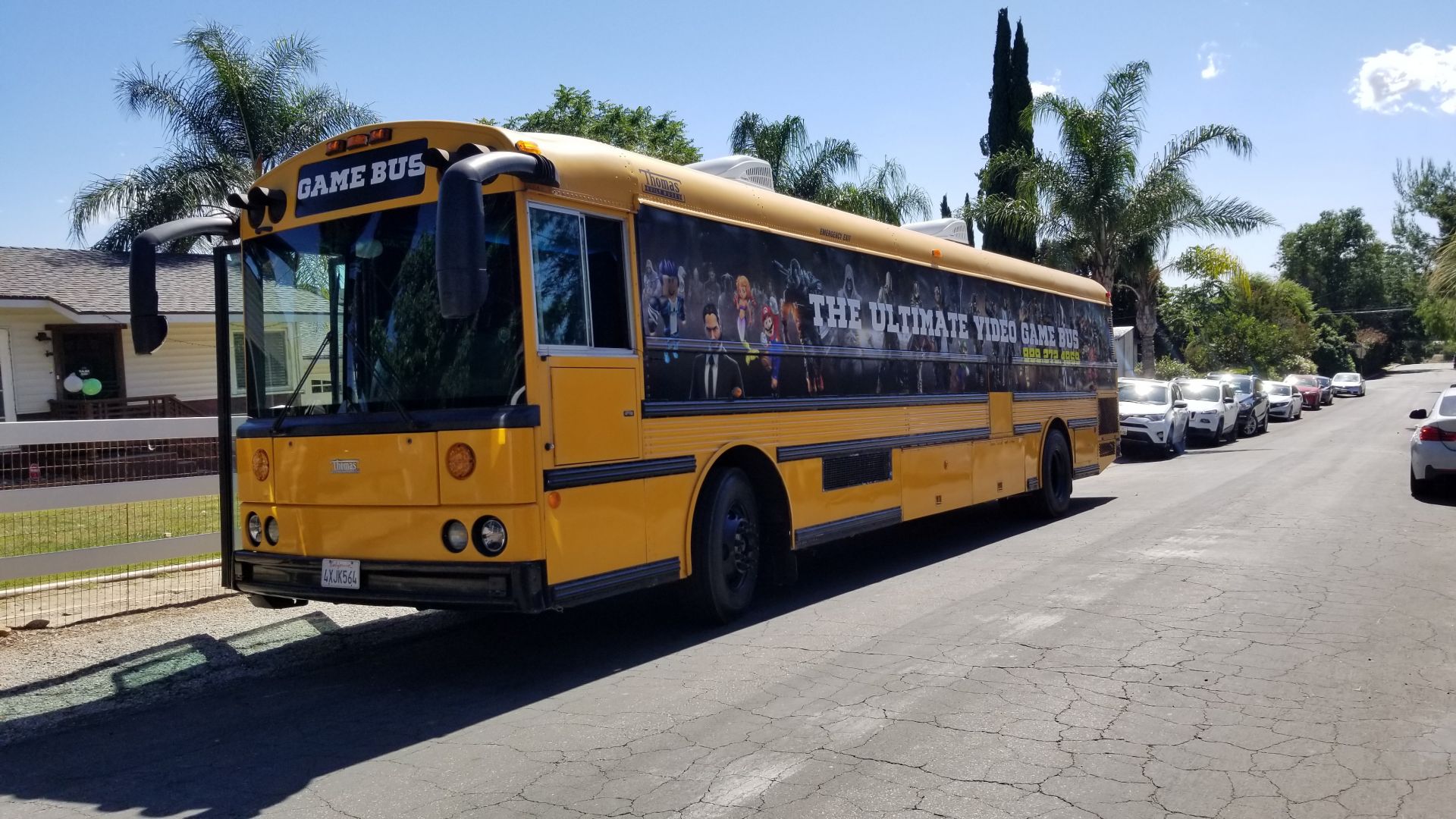 Let’s say your best friend was visiting the area and you wanted to show them the best time ever. Where would you take them? Give us a little itinerary – say it was a week long trip, where would you eat, drink, visit, hang out, etc.
I’m a techy nerd and not so much of a socialite in nature. So if a friend of mine were to visit me I would of course take them to all of the best tourist locations (ex Disneyland, Universal Studio’s, Hollywood, Magic Mountain/ Knott’s Berry Park etc). I’m also heavily into electronic music (all genres not just EDM). I would take them to some underground clubs and concerts. There would be hiking and maybe a trip to Vegas (considering they were not heading there before or after my visit). There is no one place to eat as far as I’m concerned it would depend on their taste in food. So I don’t drink, smoke or do drugs and have a very steady girlfriend so I really don’t do clubs hang out spots. It would me more depending on the the season and timing of the visit. If a friend of mine came to visit they would know that about me already and know what to expect. 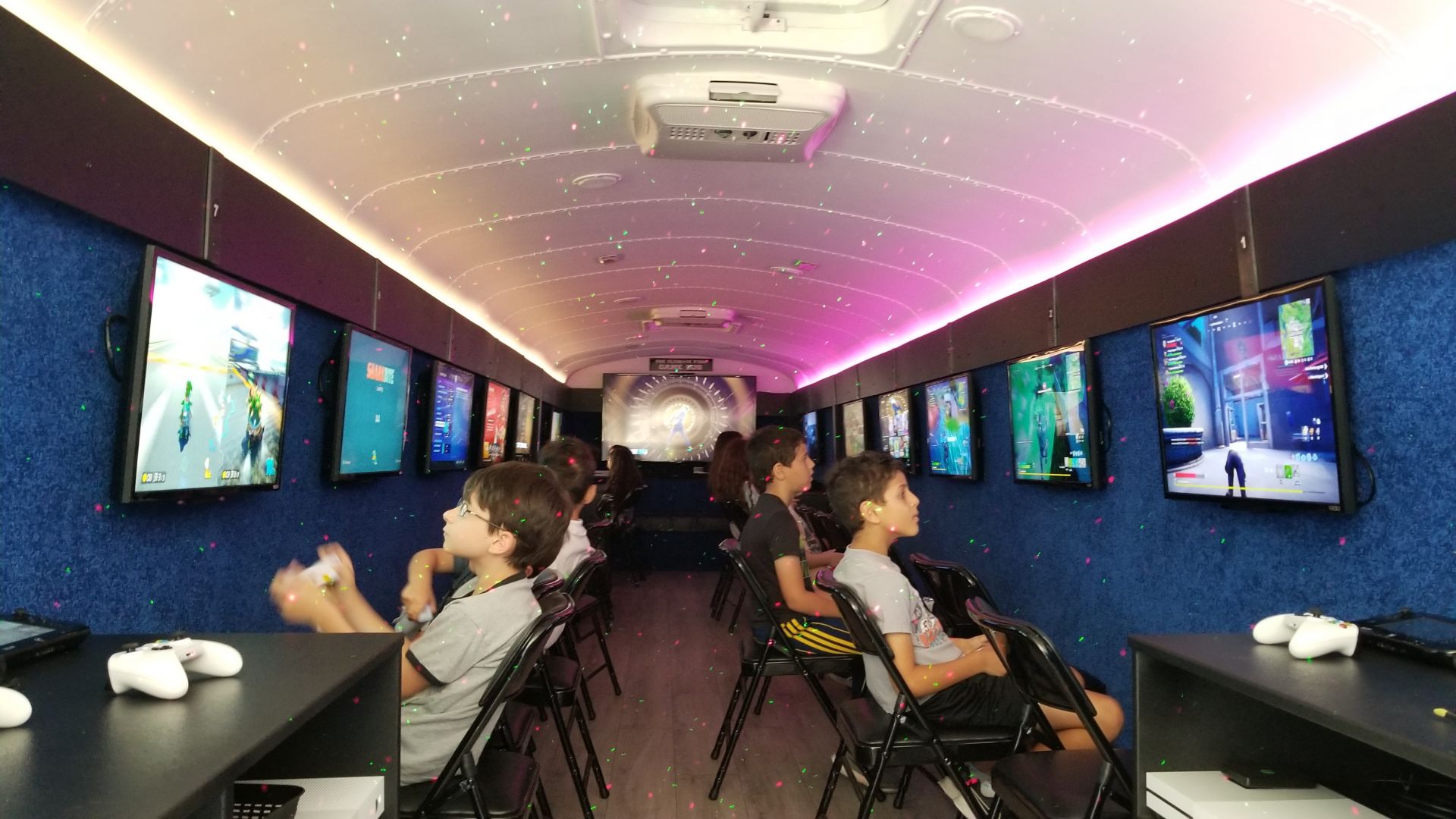 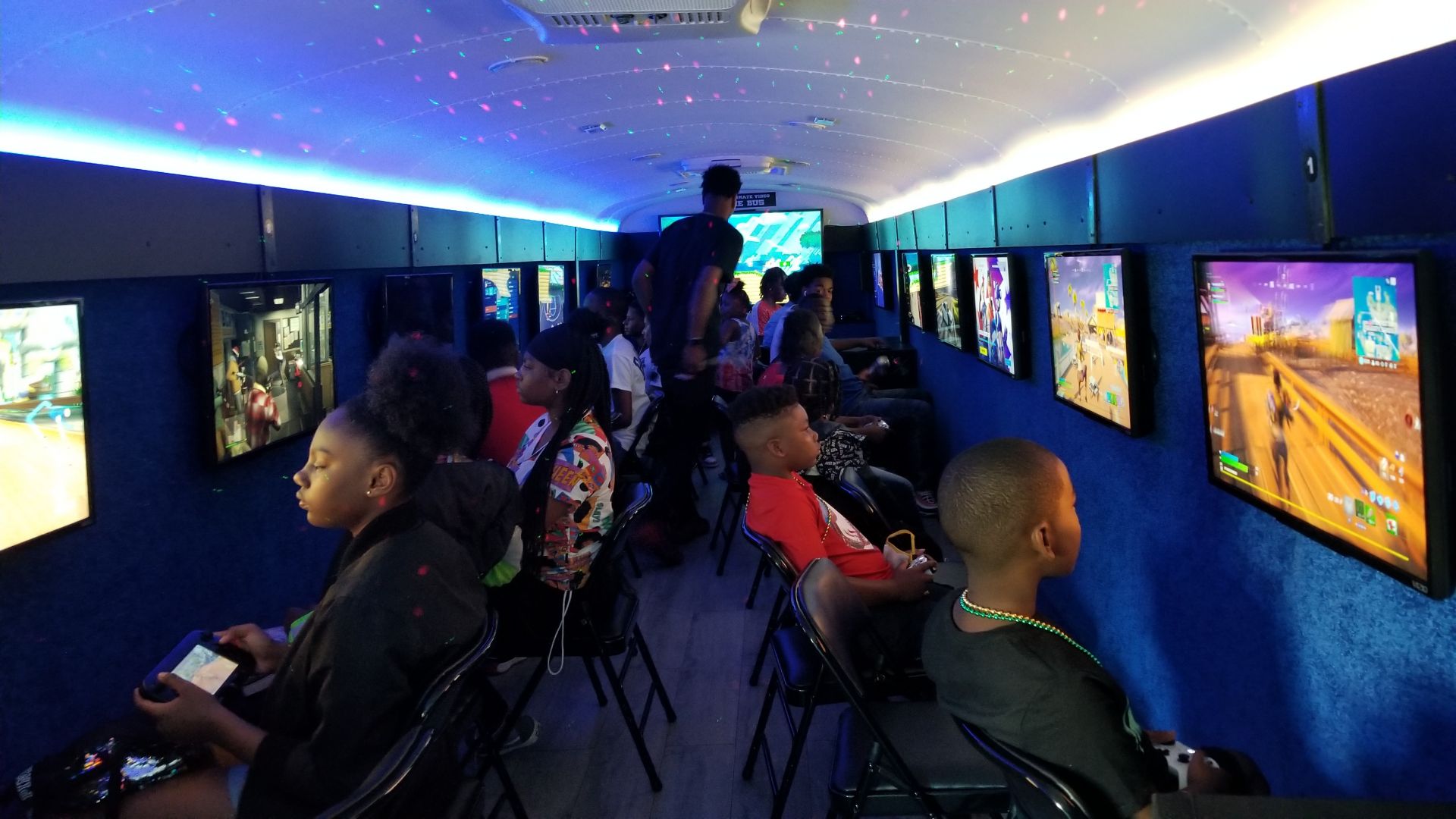 Shoutout is all about shouting out others who you feel deserve additional recognition and exposure. Who would you like to shoutout?
I would like to dedicate my shoutout to Jacqueline Stevens (my significant other). Throughout all of my business endeavors she has stood by me. She has encouraged me to follow my dreams and focus my efforts to make the best leap of faith in everything business I’ve started. I’m an artist, a creative person so I see life and business differently from most and Jackie is the more grounded and fact checker. I don’t think I could have done this without her encouragement, love and support. 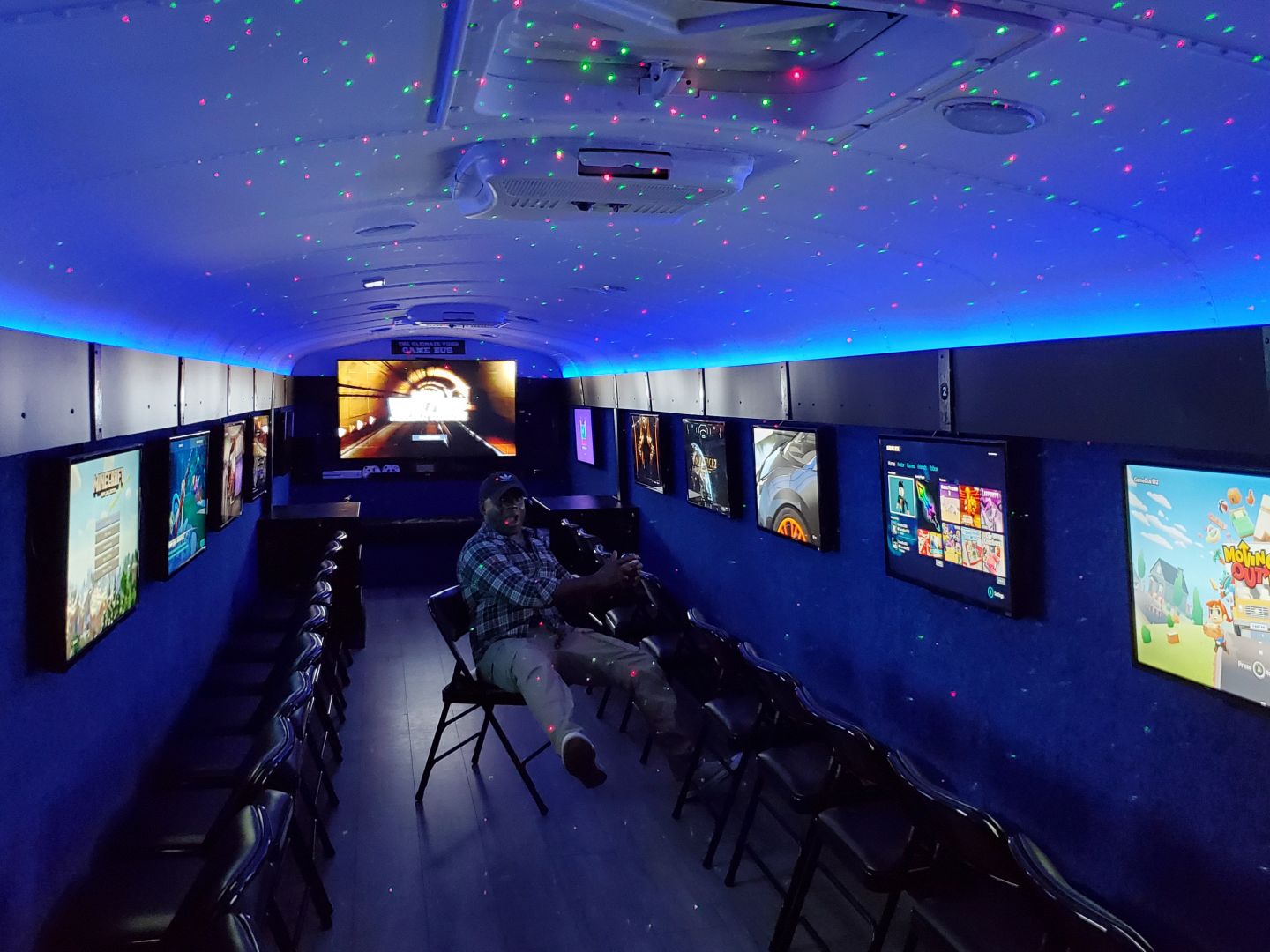 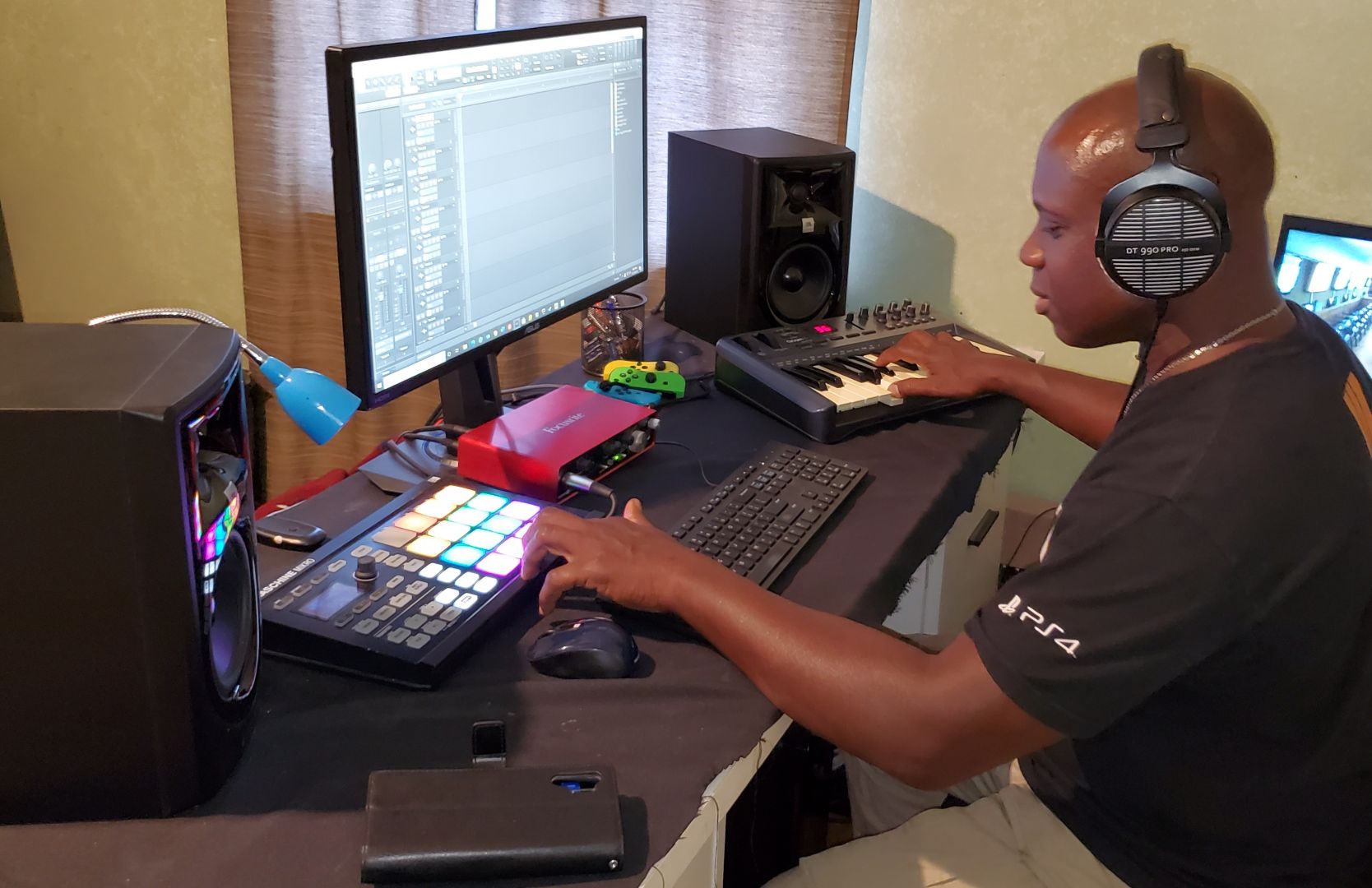