We had the good fortune of connecting with Nick Galaura and we’ve shared our conversation below.

Hi Nick, are you pursuing your passion?
I feel like that question is such a pertinent one…especially with everything that is going on. If you had asked me that even 2 months ago, I would’ve said, “Yeah! Totally!” And continued working at any 50 hour a week job, church job, coffee business and chasing down a tattoo apprenticeship, all while trying to be a person and spend time with people, feeling like there just isn’t enough time in the day. And then the bottom fell out of everything. I was laid off…twice, essentially. Which kind of forced me into sitting with myself and really asking what I wanted to do. Like what I actually wanted to do with myself if this was how the world was going to be. So right now, that’s what I’m doing. I had to create a daily schedule for myself, not just so that I’m productive but so that I actually have a balance between creating work and just being with my family and enjoying that time we have together at home. I know my situation isn’t the typical one and I am so incredibly blessed to have had a wrench thrown into my entire life’s system, but right now this is the opportunity to actually pursue a passion that I’ve had since I was a kid and never thought the opportunity would really present itself. Here’s to reinventing yourself amidst a global pandemic. 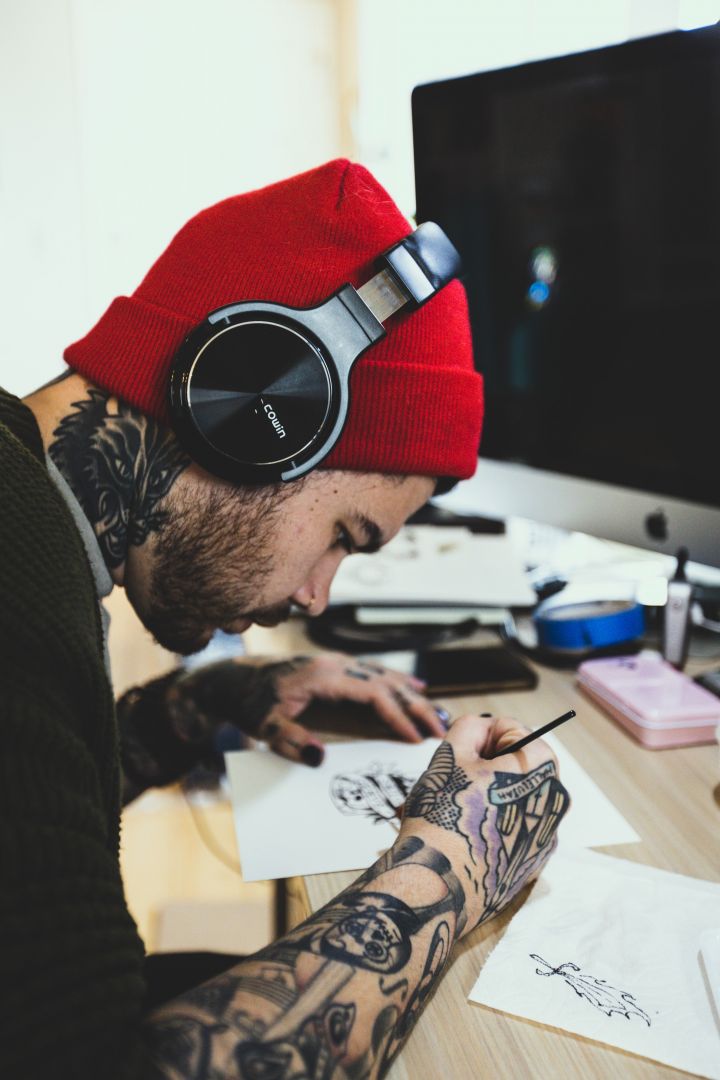 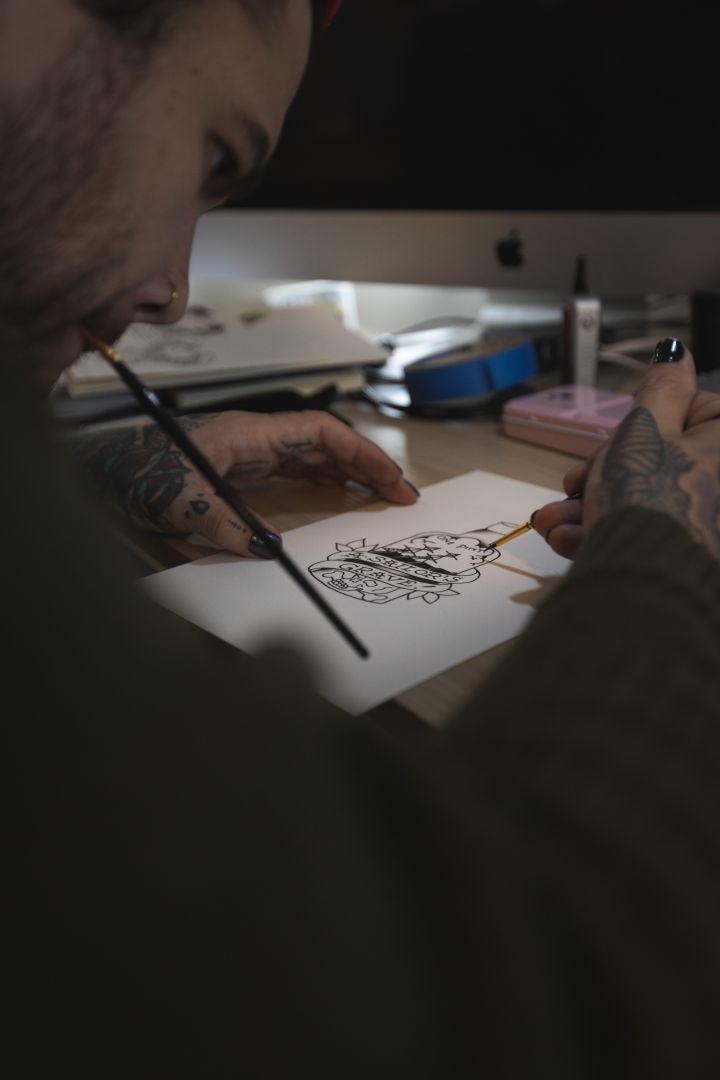 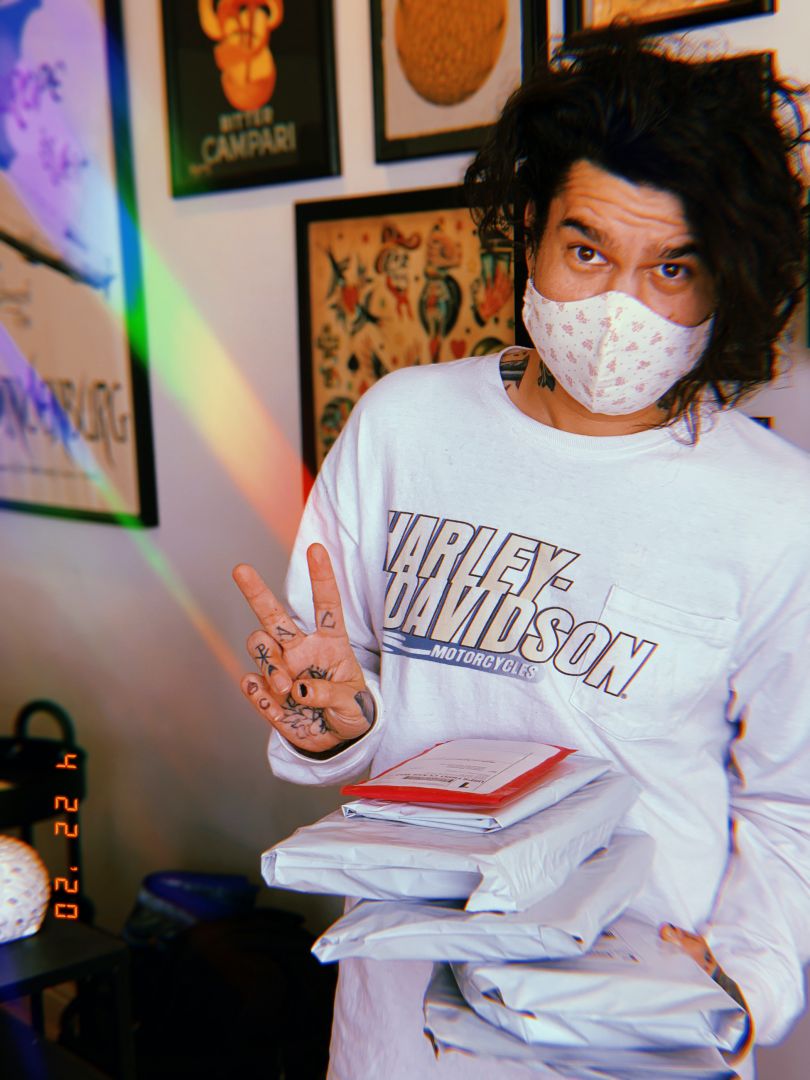 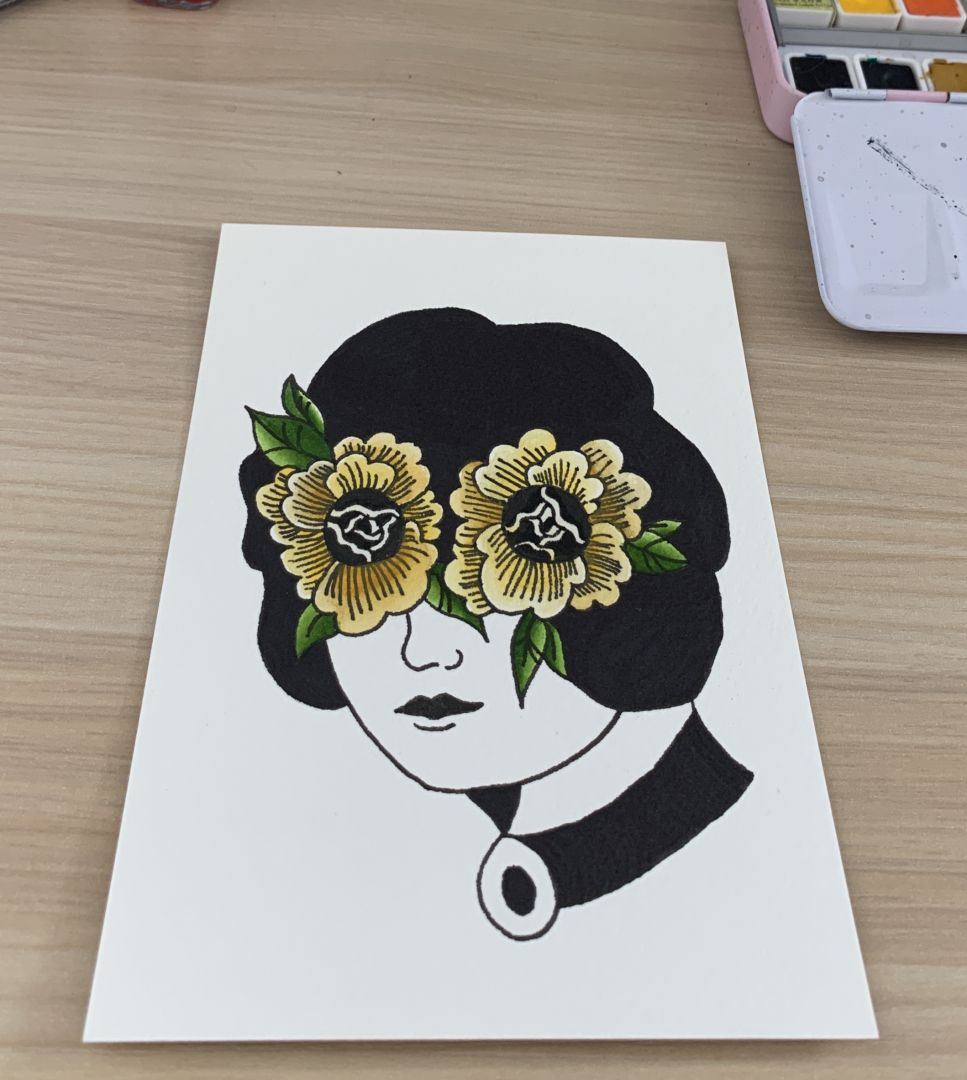 Alright, so let’s move onto what keeps you busy professionally?
My art in terms of my paintings and drawings are heavily rooted in American Traditional tattooing. Respect to the greats like Stoney St. Clair, Milton Zeiss, Cap Coleman, and Percy Waters are big influences. But artists now in shops like Torch Tattoo, Old Rose, and Dame of the West are always putting stuff out that makes me rethink how to approach the way that I draw. As far as music goes, I love playing for practically any genre, but my favorite is Neo-soul and I’ve been really getting into LoFi stuff–I just got an old SP404 sampler so I’ve been building decks of sounds you would hear from artists Flying Lotus or Dilla. Which is probably weird coming from someone who looks like they lived at Chain Reaction for a couple of years. I feel like the, “What sets you apart from others” is such a gnarly question! I’d like to think that when any of us buys a product, right? A piece of music, or art, jewelry, a shirt, a keychain, motorcycle parts, coffee, a tattoo–whatever. When you’re buying that thing, you’re supporting the person or company that created it. You’re not only saying, “I like this thing you made” but you’re also saying, “I want to be a part of this story.” So I think that maybe that might be why people might choose one of my paintings or stickers out of a group of similar ones or someone will choose one of my sessions out of the deck because no one expects someone that looks the way I do to play the way I do? I’m not sure. I’d like to think that’s why– Personality….or because that someone really wanted a good picture of a panther with a knife in it. I started drawing when I was a kid. My dad really started that fire in me with both art and music–He was a touring musician now turned engineer in Nashville and I always remember him just being good. At everything. And I wanted to be good at everything too. We couldn’t really ever do art lessons or classes or anything like that so a lot of what I know is because I just copied other people for a really long time. Same with music. I didn’t really start chasing after music as a career until the end of High School when I learned to play bass for church. So art took a back burner when I went to college to get a teaching credential…and then music took a back burner while I started my coffee company…And now somehow all 3 things are what I “do” and all 3 are also somehow complimentary vehicles for each. I think the biggest lesson that I’m still learning is that it’s never too late to start…mostly because I’m just late to everything, especially within these types of industries-It feels like, sometimes, if you didn’t grow up doing art or music or if you didn’t get in on the absolute ground floor, it’s kind of too little too late. But it’s not like that. I didn’t really start playing an instrument seriously until I was 17 or 18, I started a coffee company at 26, and at 31, here I’m building out an entire focus around my art. Something that’s also terrifying…Because everyone you see is just out there crushing it within their own genres and styles and medium. I’m here for it. About me and my brand and my story…I think the one takeaway I would hope someone got after all of this is just that I operate in a constant space of “figuring it out”. Nothing ever goes to plan, right? Things get spun around and flipped upside and I think that’s kind of where my brand lives. And instead of handling it like I used to where I would just walk away and say, “Okay thats the sign I need to quit” taking that weird turn and using it as momentum for the next great thing is kind of where I operate. 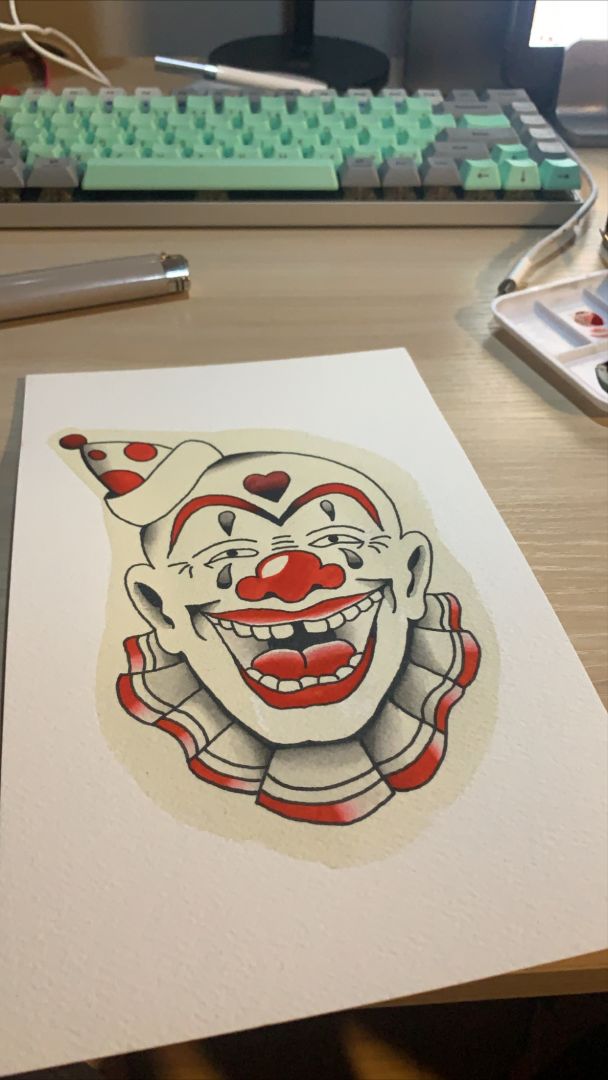 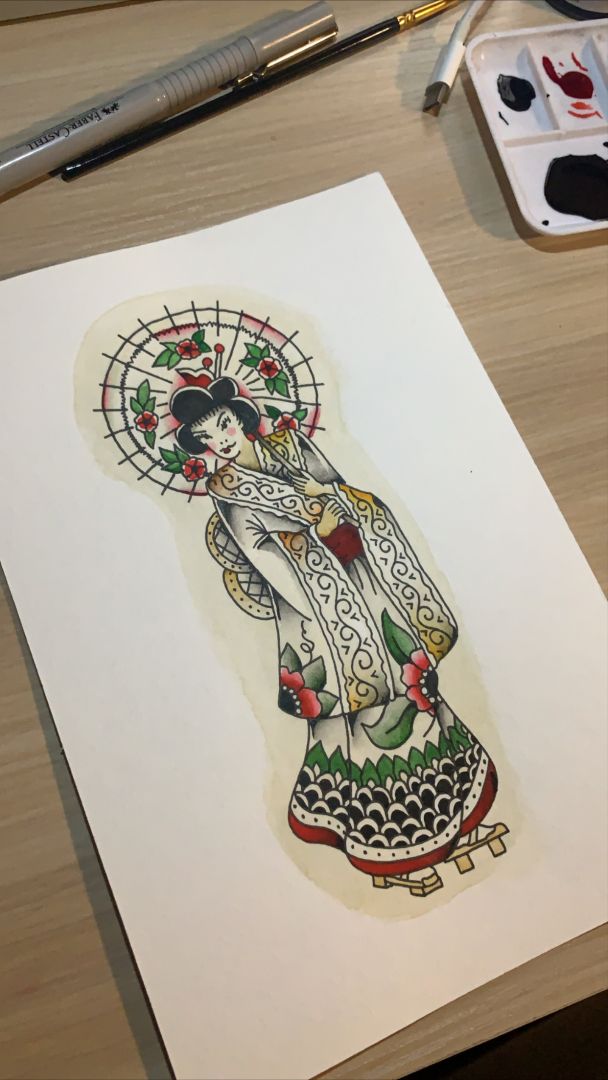 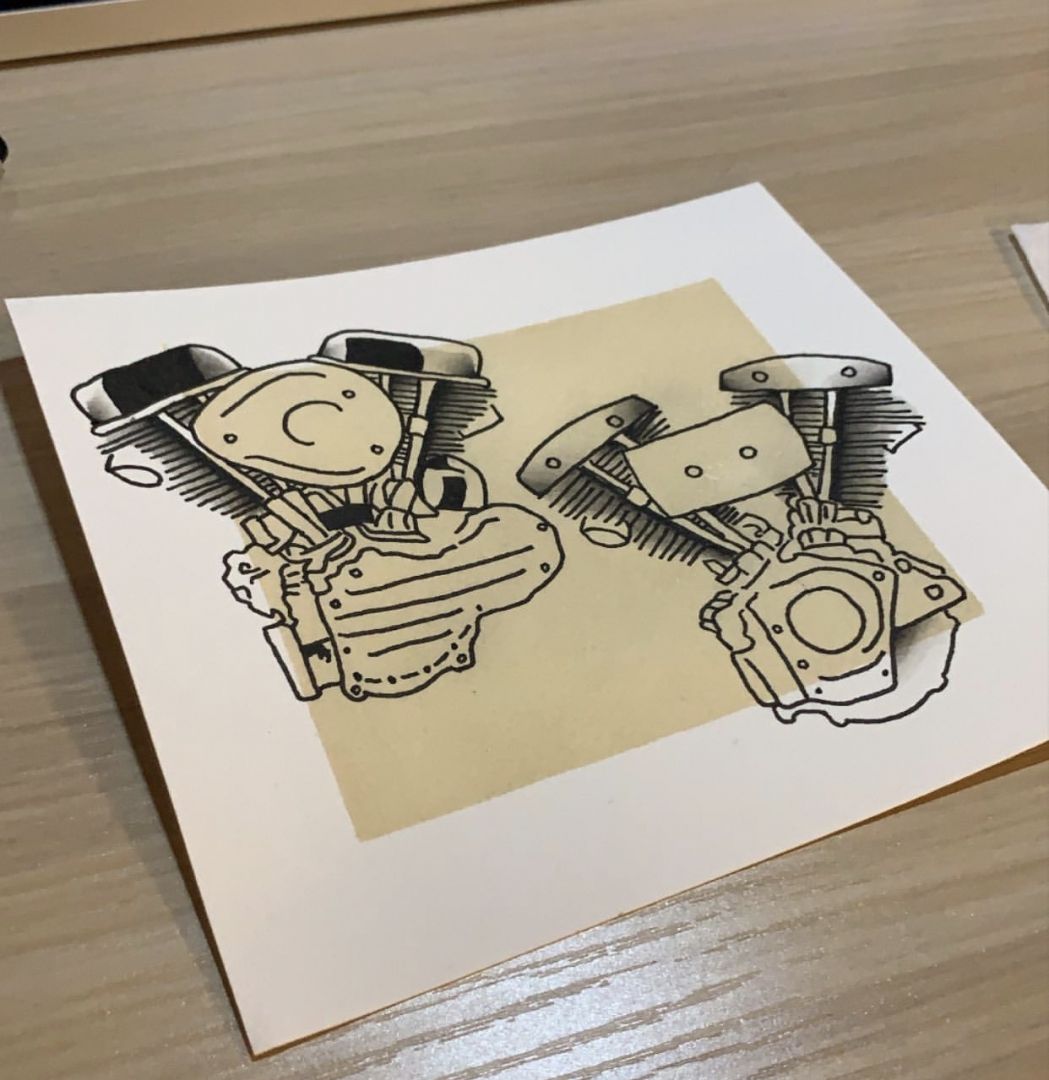 The Shoutout series is all about recognizing that our success and where we are in life is at least somewhat thanks to the efforts, support, mentorship, love and encouragement of others. So is there someone that you want to dedicate your shoutout to?
Oh man. I think my greatest boast is the company I keep, so I have to mention the group of friends that have shown up along the past 10 years of me just trying to figure out what I’m actually doing. I mean, honestly, a lot of what motivates me to grind out half of the work I do is for them. And there are so many friends that have literally just popped into my life for no other reason other than perfect timing. Big shout outs as of late go to them…and while I would love to make a list for the next 2 and a half hours, making sure I include every single person so that I’m not losing my mind tonight over who I could have possibly left out and if they’re mad at me, they know who they are and they know I love them very much. …and also probably my therapist. Hi. 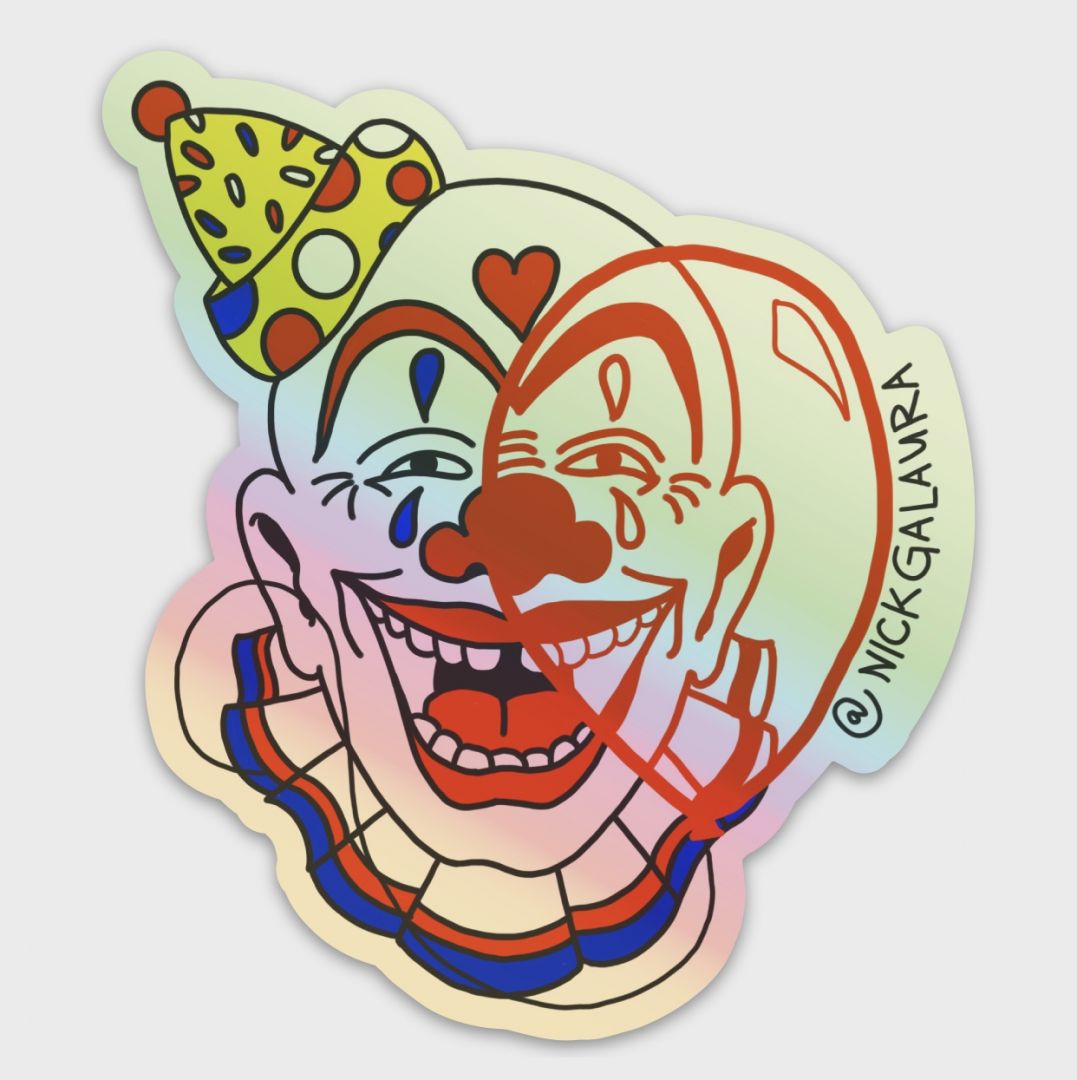 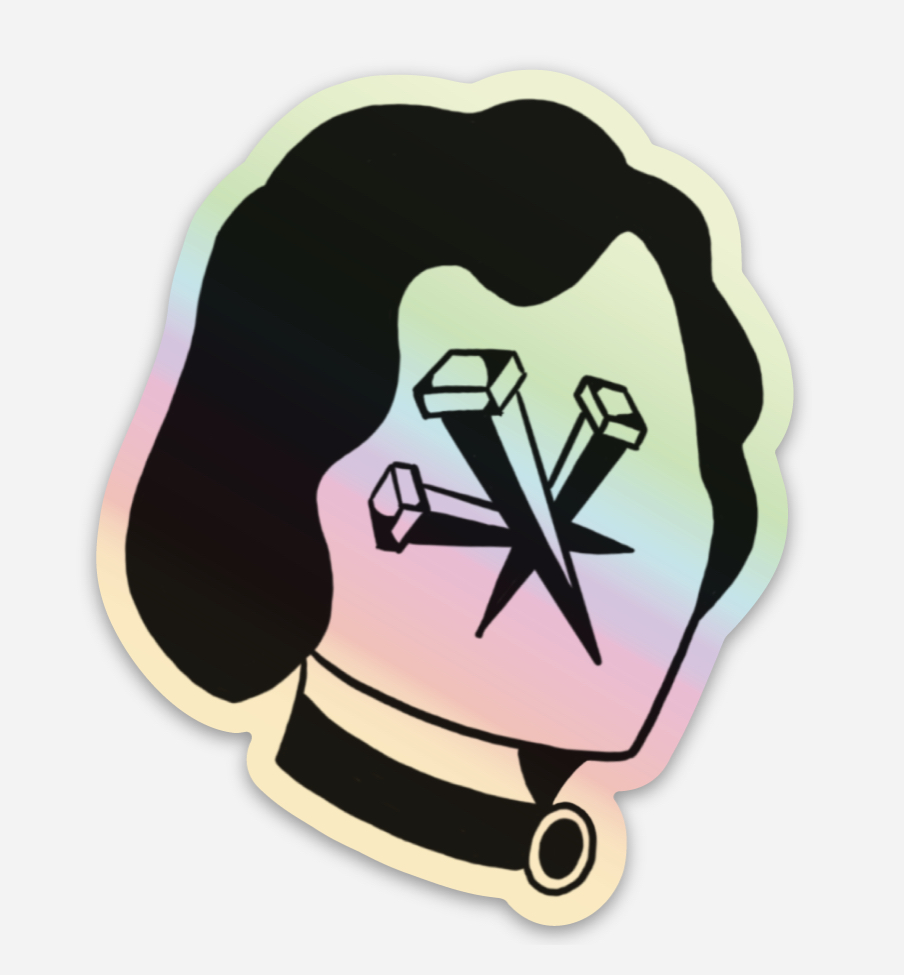 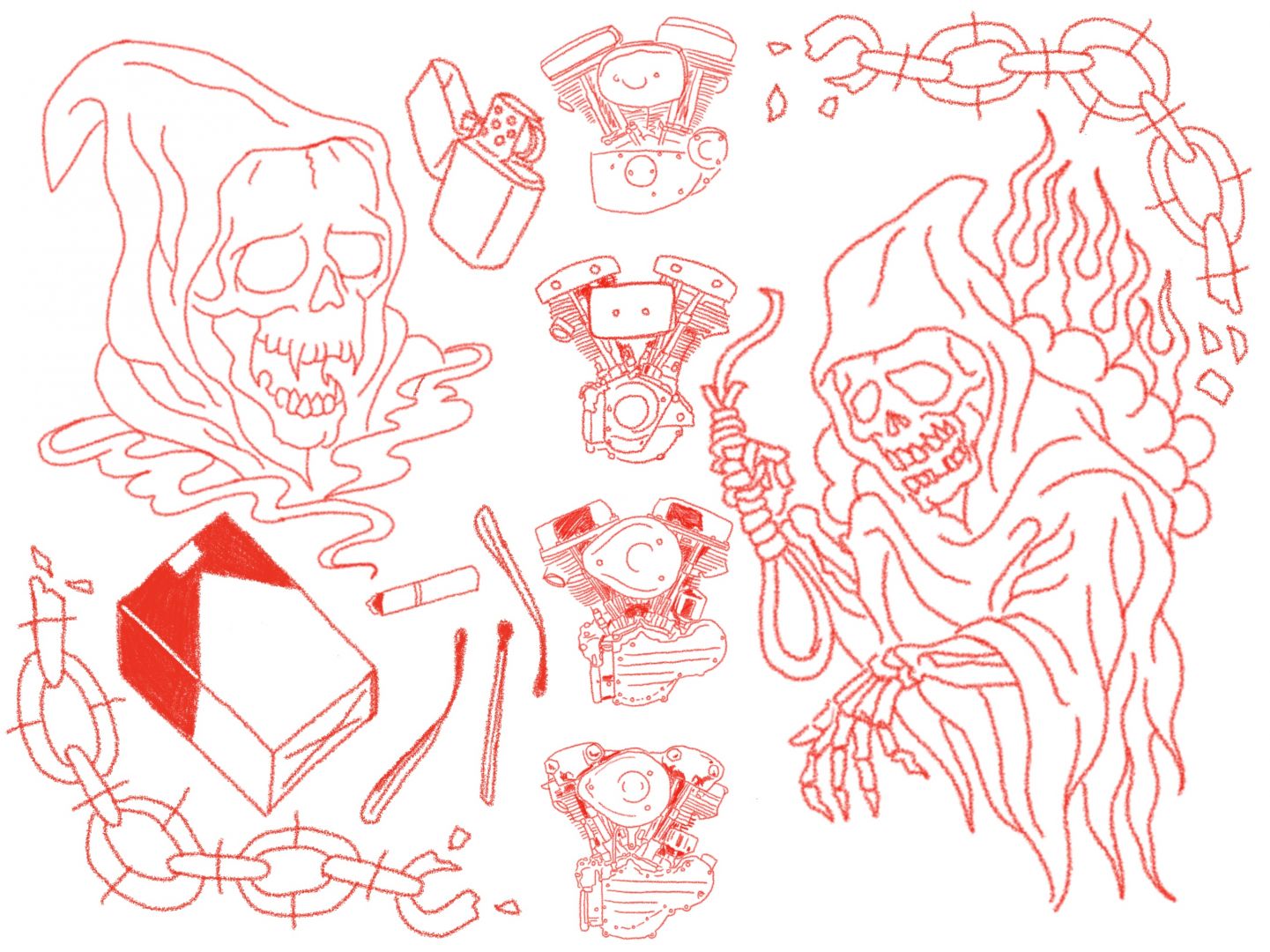