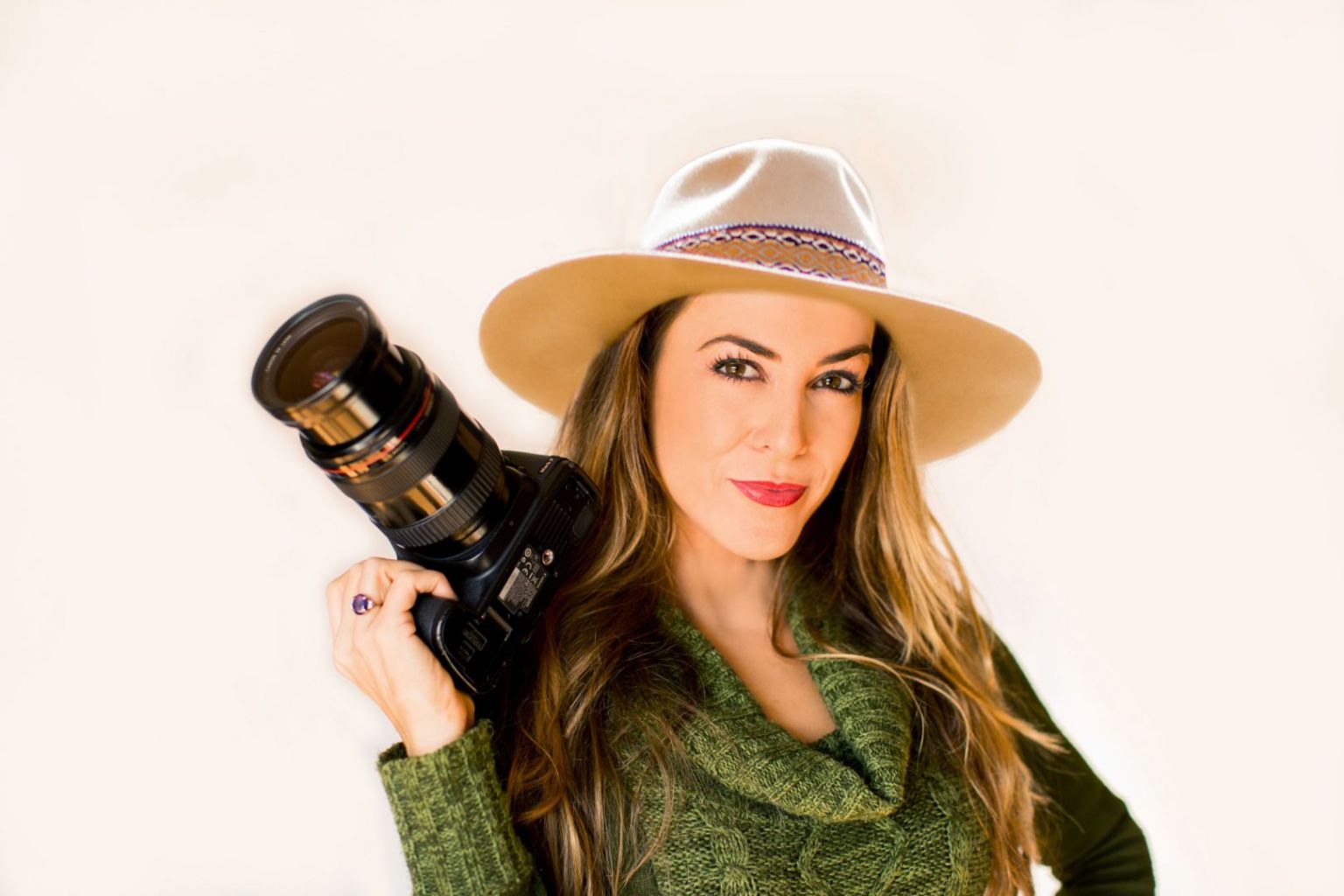 My three sisters and I had a very unusual upbringing. Growing up, both of my parents worked for the CIA and we were stationed all over the world. At a young age I was living in Jakarta, Indonesia and I lived in London and Italy and I was constantly around new languages and cultures. Because of my upbringing, I was exposed to many cultures, languages, religions and foreign locales at a young age and I realized there was a huge world outside of my bubble. I know that this created a wanderlust/travel bug within me that will always influence my work. Read more>>

I was born and raised in Columbus, Ohio and I first moved to Long Beach, California as a naive teenage girl just knowing I wanted to pursue a career in the entertainment industry in some way. I grew up having a love for all things performing arts, whether it’s dancing, theater, film, etc., and I just wanted to see how far I’m able to take those passions. I am forever grateful for all of the amazing opportunities I’ve encountered so far, and amazing people I’ve met along the way, and I cannot wait to see what else life has in stores for me! Read more>> 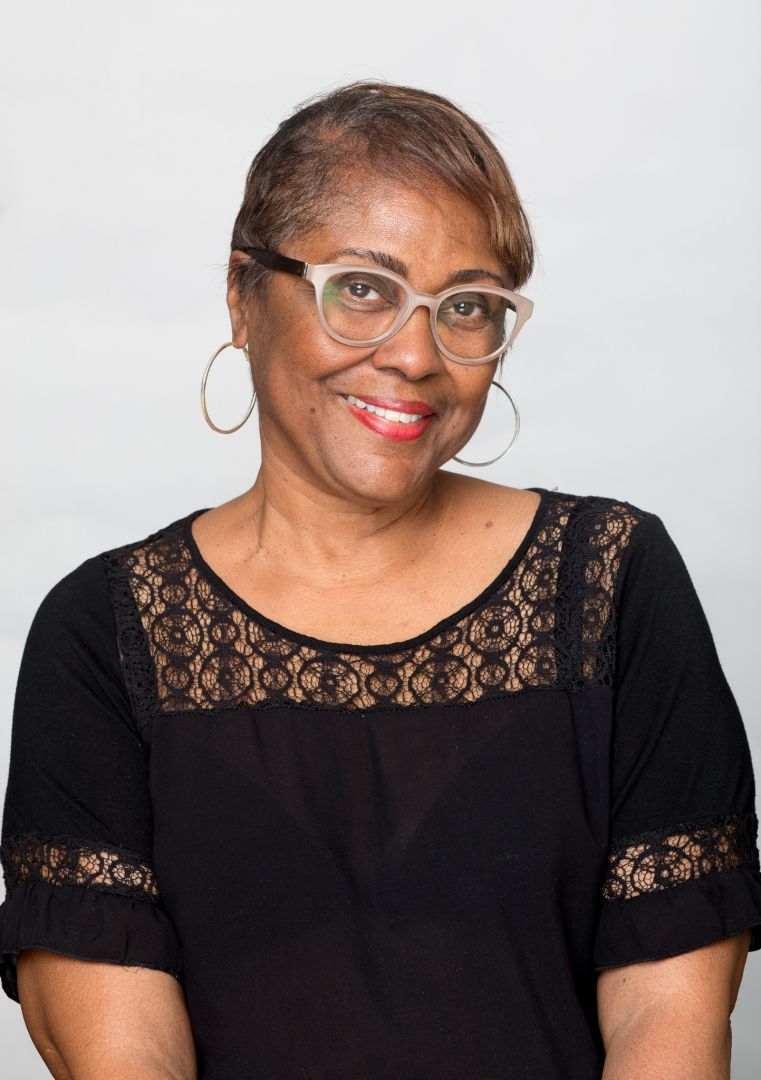 I was born Dorothea Colette McGuire, in Baltimore, Maryland, USA. My father is the late Garland K. McGuire, born in Baltimore, Maryland, (a former taylor and foreman for General Motors Corporation) and my mother Ruth Lewis, was born in Castilla, North Carolina,(a retired financial consultant). They always taught me to be independent and to manage my money wisely. But what I remembered most growing up, was my parents instilling in me to always be true to yourself, and never forget where you came from. Read more>> 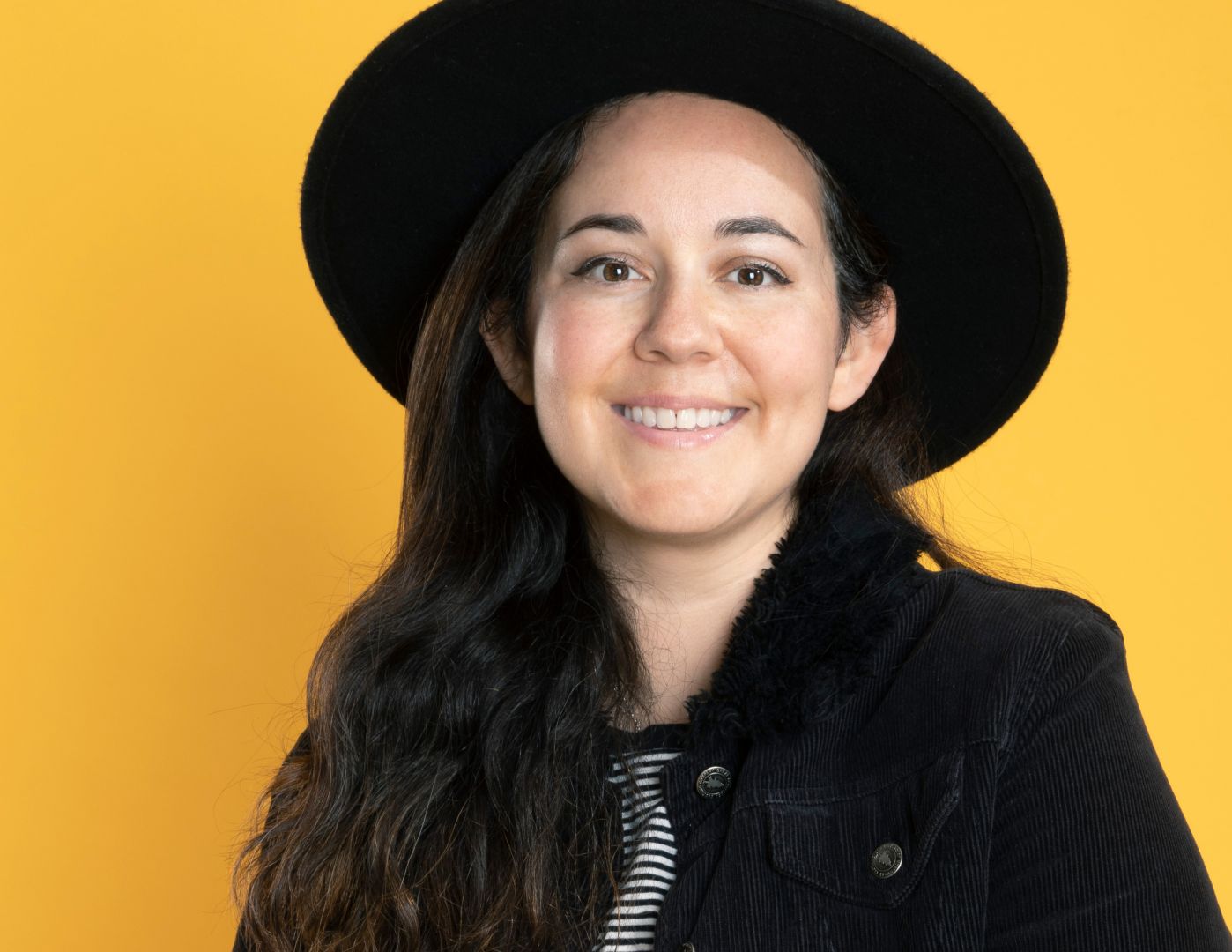 I’m one of those people that doesn’t consider themselves from anywhere really. I have lived in a different state for nearly every stage of my life. The majority of my younger childhood life was spent in Arizona and the majority of my adult life so far was spent in Seattle, so I consider those closest to any kind of “home”. Both my parents were creative, but didn’t take that route for their career. They did fostered exploration and creativity as I developed and grew though. I had explored many different mediums of art and even went to a 4 year university after high school to pursue a fine art degree, but that never materialized. Read more>> 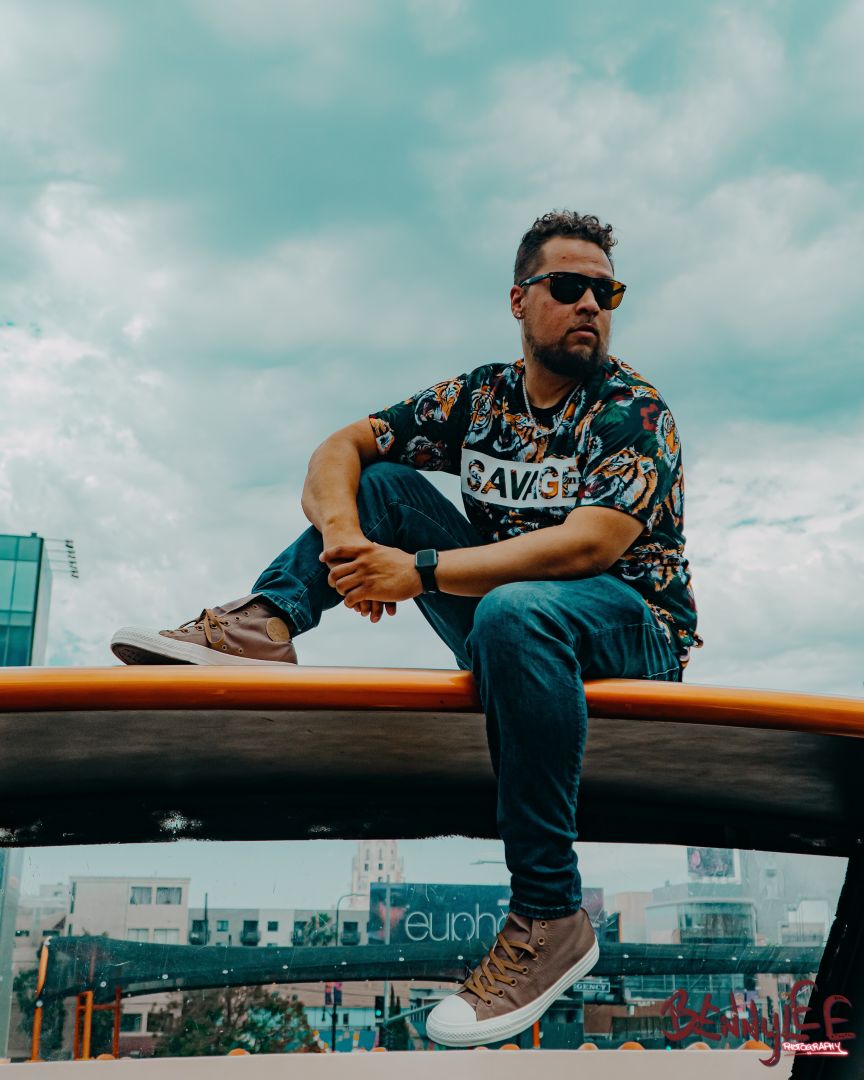 The simple answer is, I’m from Los Angeles. But I’ve lived al over. My mom is an artist from the 70’s/80’s era of R&B/Pop. And because of her being in the prime of her career right around the time I was born, I was able to experience different parts the world at a young age. That absolutely gave me a perspective that most aren’t lucky to obtain. No matter where I was and ever since I can remember, music has been extremely special to me. Between living all over the world and growing up around music legends, I’m blessed to have had those experiences. It’s a major part of what made me the artist and the man that I am. Read more>> 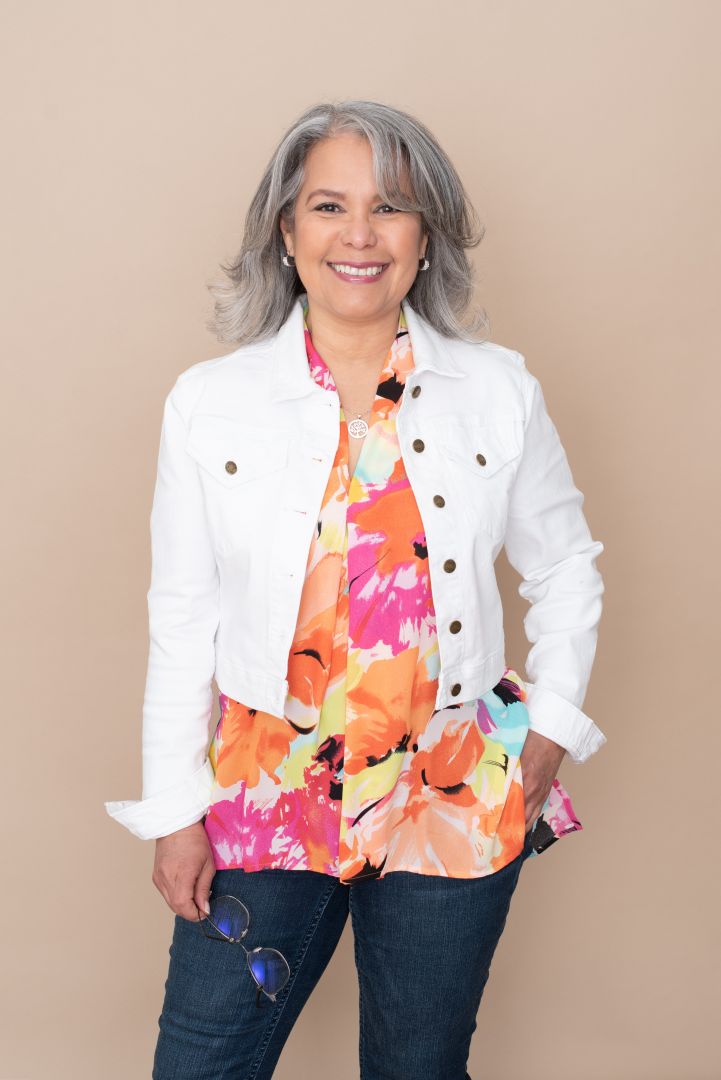 I was born in Puerto Rico; my siblings and I were brought to the US when I was two by my parents. My father was a drug user and abusive to the family, so eventually, he had to be removed from our home. That made my mother a single parent of six children; I spent the early part of my life watching my mother struggle to make sure her children had food and a roof over their heads. There was no talk about the future, no dreaming or goal setting. Read more>> 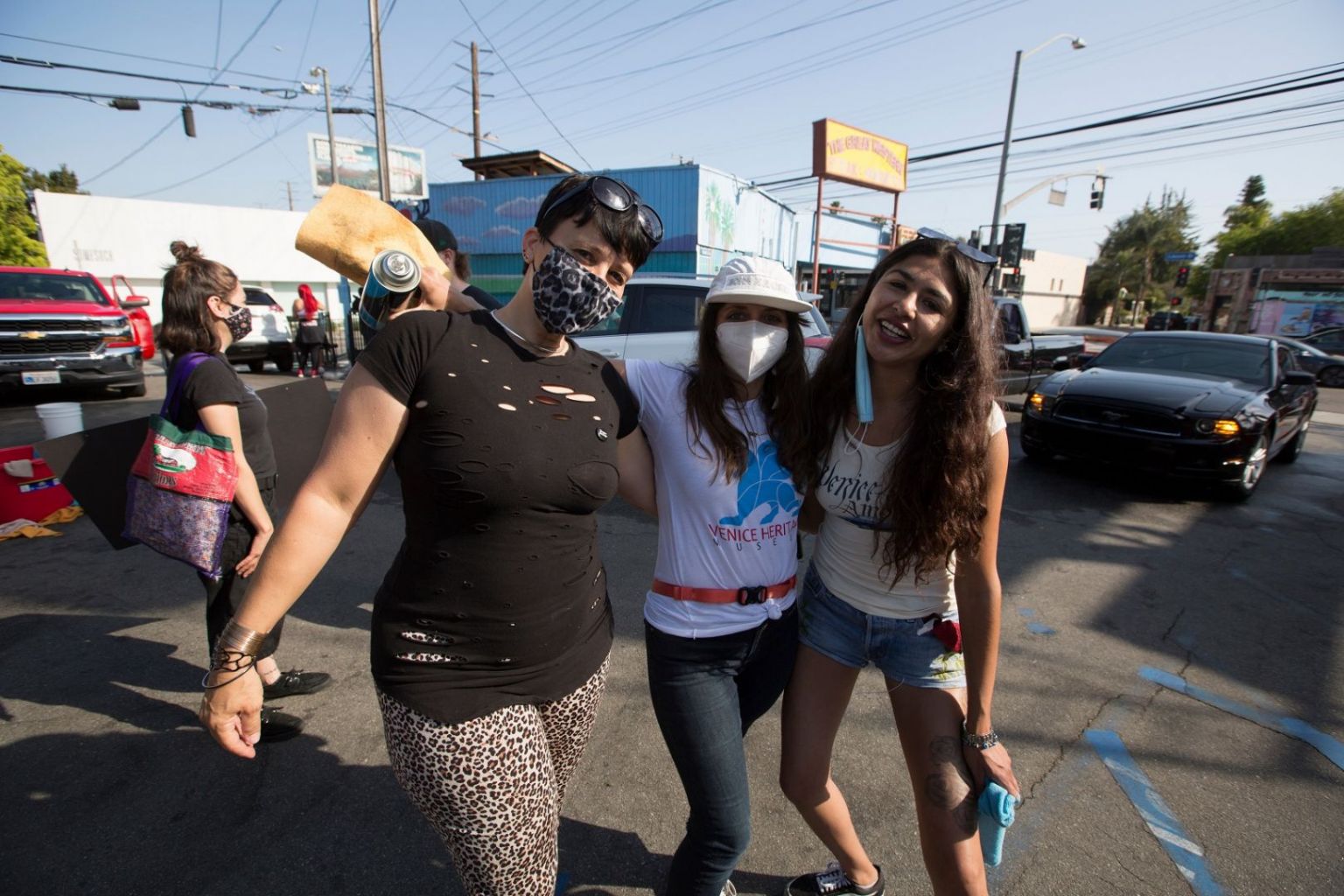 I was born and raised in Venice, CA. I was blessed to grow up in a culture that was built on resisting the status quo. The people I got introduced to growing up—whether it was through family, friends, or random encounters on the Boardwalk, all taught me never to apologize for being yourself. They embraced and celebrated their weirdness, their creativity, their eccentricities, and that has continued to inspire me. Read more>> 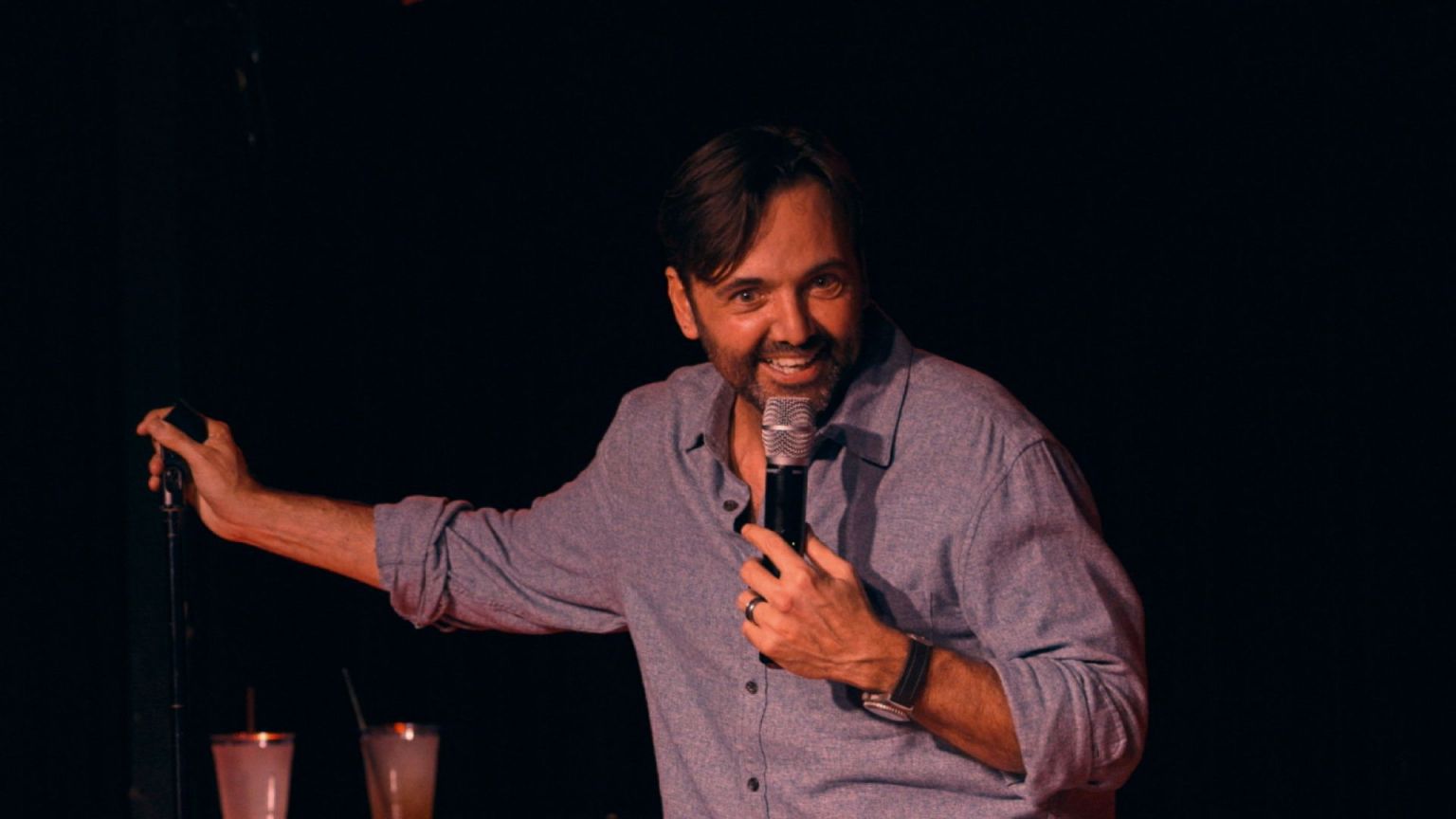 I am from Atlantic City, New Jersey. My family is large and Irish. I had six sisters and I was the only boy. My mother’s family owned a bar and hotel in Atlantic City and my dad’s family owned a bar in South Philadelphia. Some of my fondest memories were in bars listening and telling stories. Those feelings of holding court in a tavern ultimately led me to the stage. I had a great upbringing but I never felt completely comfortable in my home town. Read more>> 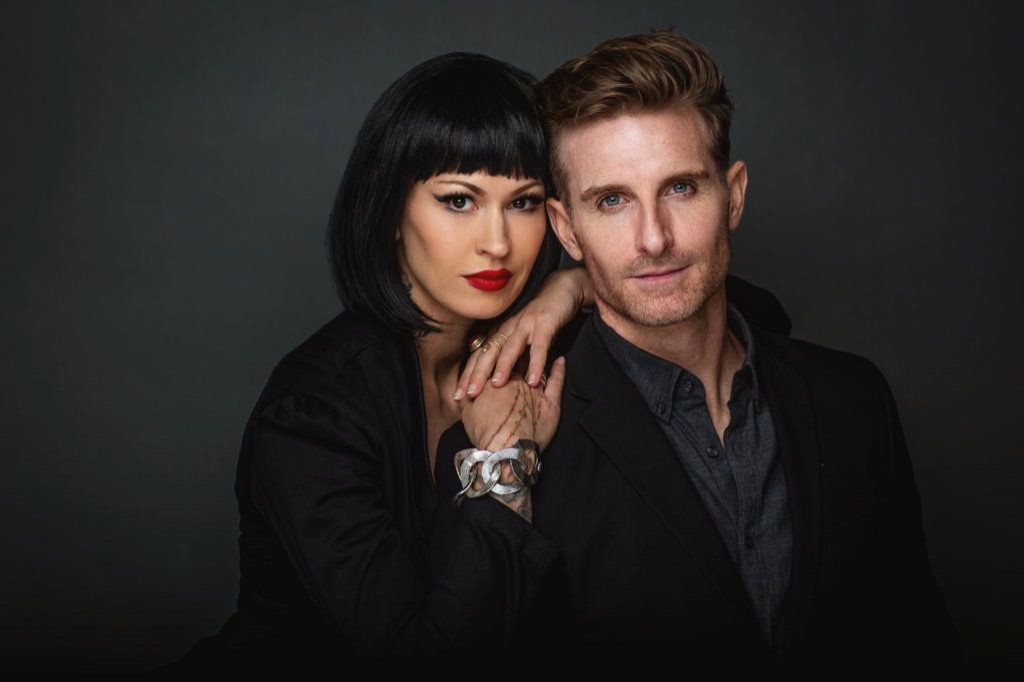 I’m from Finland and I started my career as performance artist in 2008. Finland has a very accepting culture so I always felt free to do what ever I wanted. We also appreciate hard work, quality and persistence and those elements have definitely helped me to become one of the world’s renowned burlesque artist. Now after 13 years on stage, I’m taking steps as a writer, director and producer. I have never been afraid to explore new paths and this is how my poetic-erotic storytelling concept Cocoon was born. Read more>> 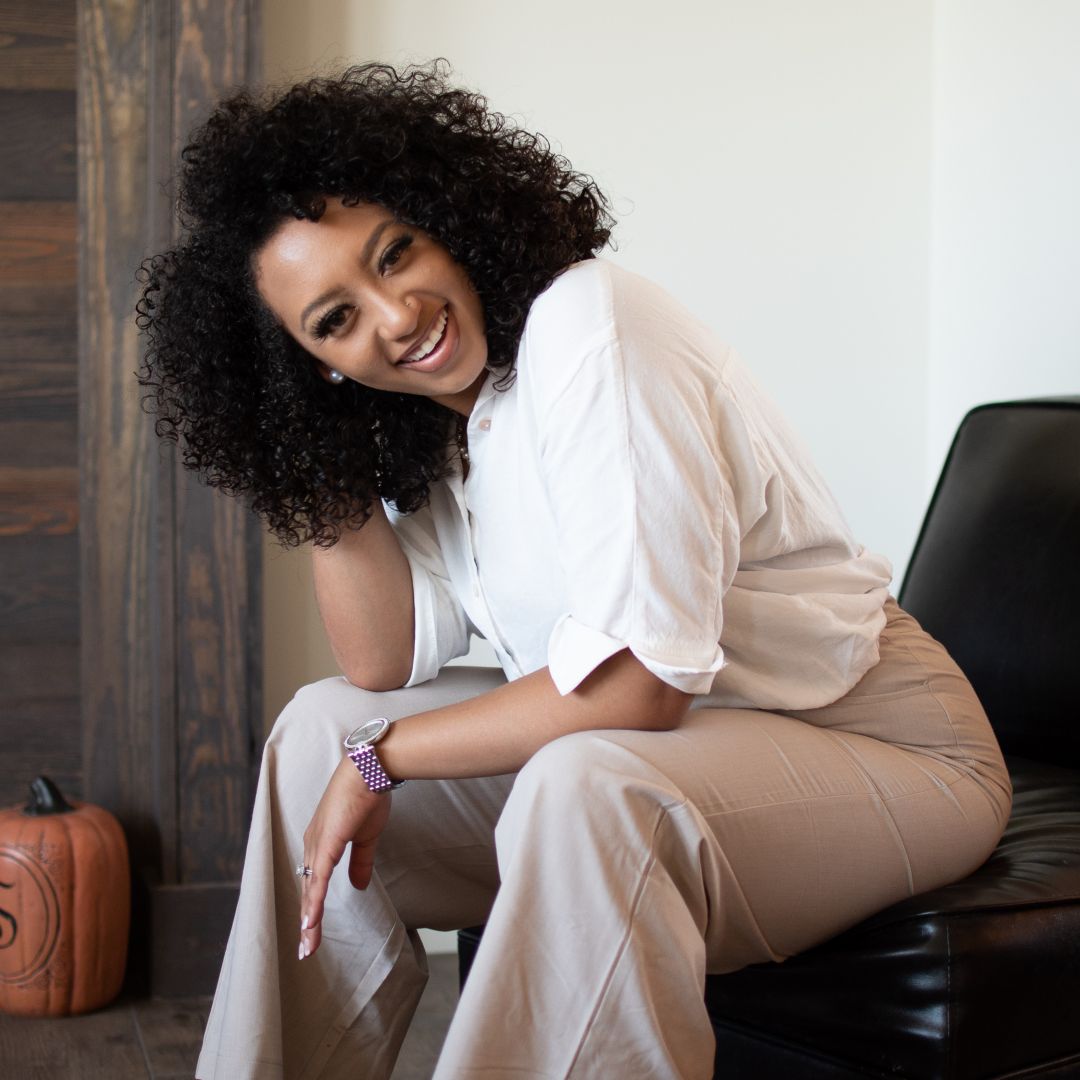 I am from Lafayette, Louisiana and I was born, raised, and currently reside here. Being from Lafayette, Southern Hospitality isn’t something you learn, it’s something you embody. Being a part of the Lafayette culture has given me the passion and motivation to give back to my local community. At a young age, I knew that I’d be successful and use my talents to give back to not only my local community, but people who need it most. Read more>> 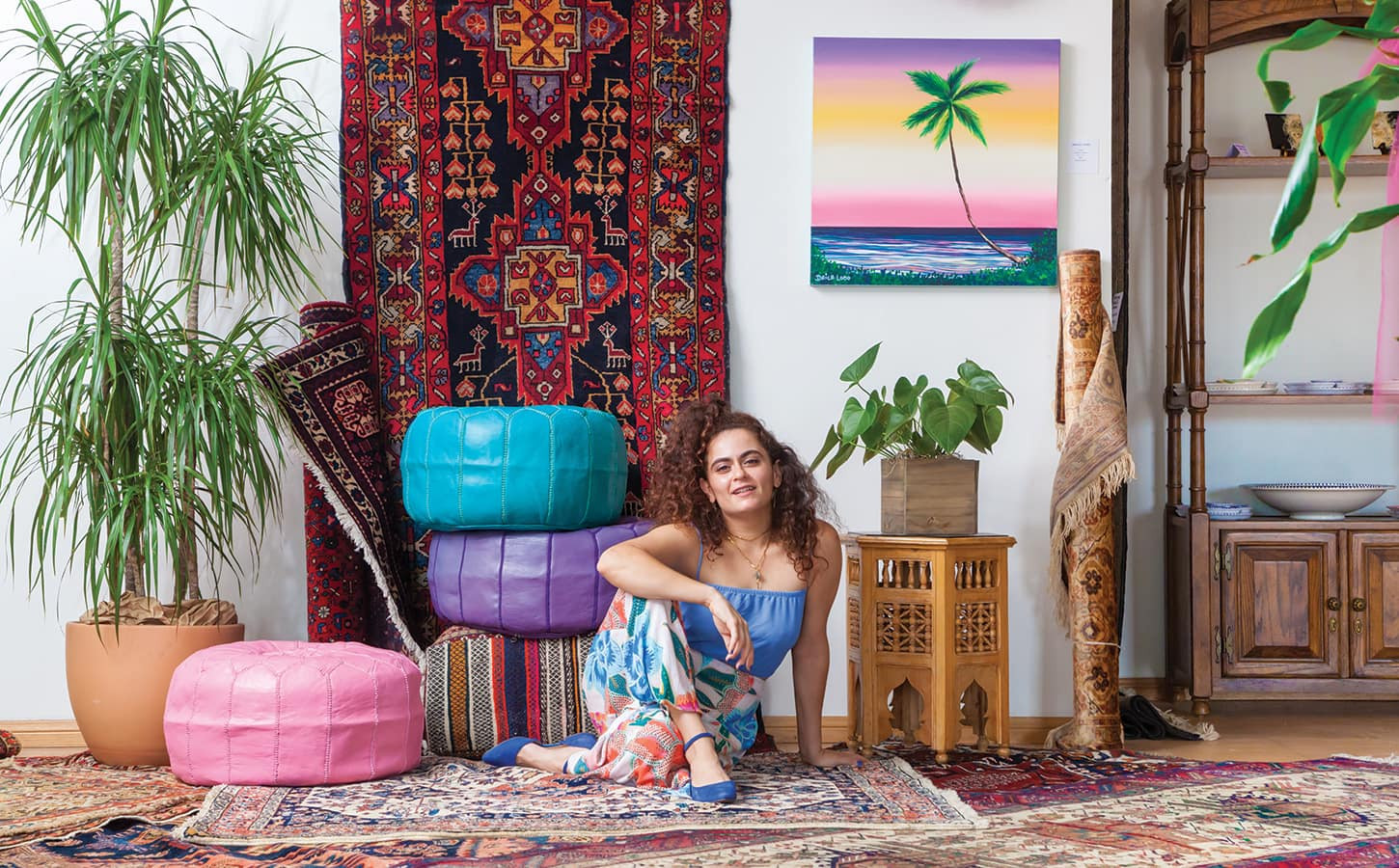 I am originally from Palos Verdes, CA. My father and mother came from Iran in the 70’s. The way my upbringing and background impact me is the fact that I come from an immensely rich culture. My father opened up the rug shop where I currently work in 1978, Coming in the shop as a young child I was unaware of the beauty that surrounded me. My siblings and I would just jump on the piles of rugs and chase each other around the shop completely in our own little worlds. It was only until I started working here a couple of years ago I realized and truly appreciated what my father had started, To answer the question, growing up as a first generation daughter of two immigrants had a positive impact on my life. Persian culture is filled with depth and meaning that it naturally spills over into my personal and professional life. Read more>>

Risa Vinegar-Johnson | Founder and Owner of THE LOUNGE ON WILSHIRE HAIR SCIENCES, WELLNESS AND STYLING SALON 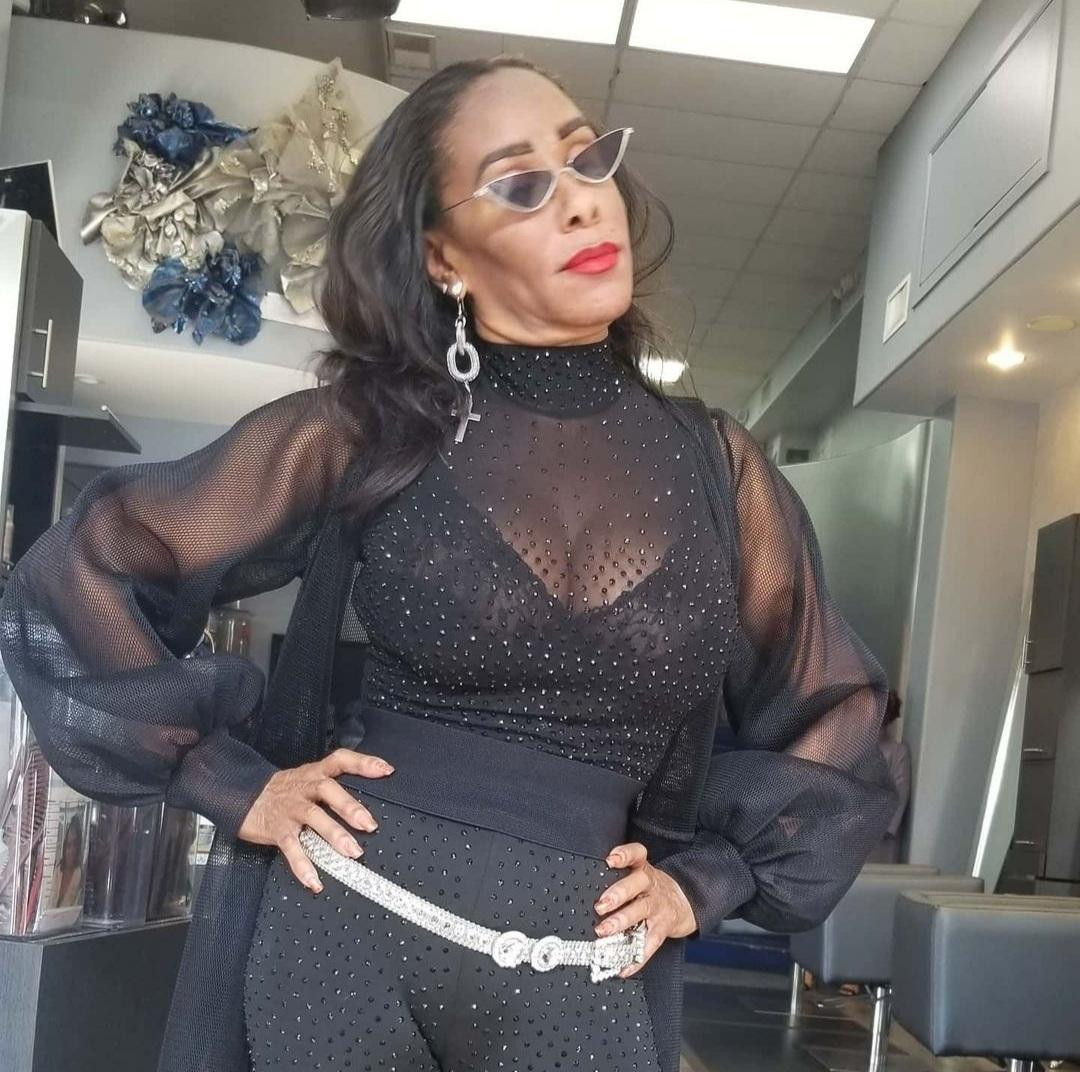 I am a native of California, born and raised in Los Angeles. My background and upbringing was dynamically impacted by the many levels of success my father achieved in his lifetime. I was raised by traditional working class parents. My father’s work ethics had the strongest impact on who I am today. At a very early age, my father mentally and physically prepared me with life skills that have been the pillars and foundation of my success. Read more>> 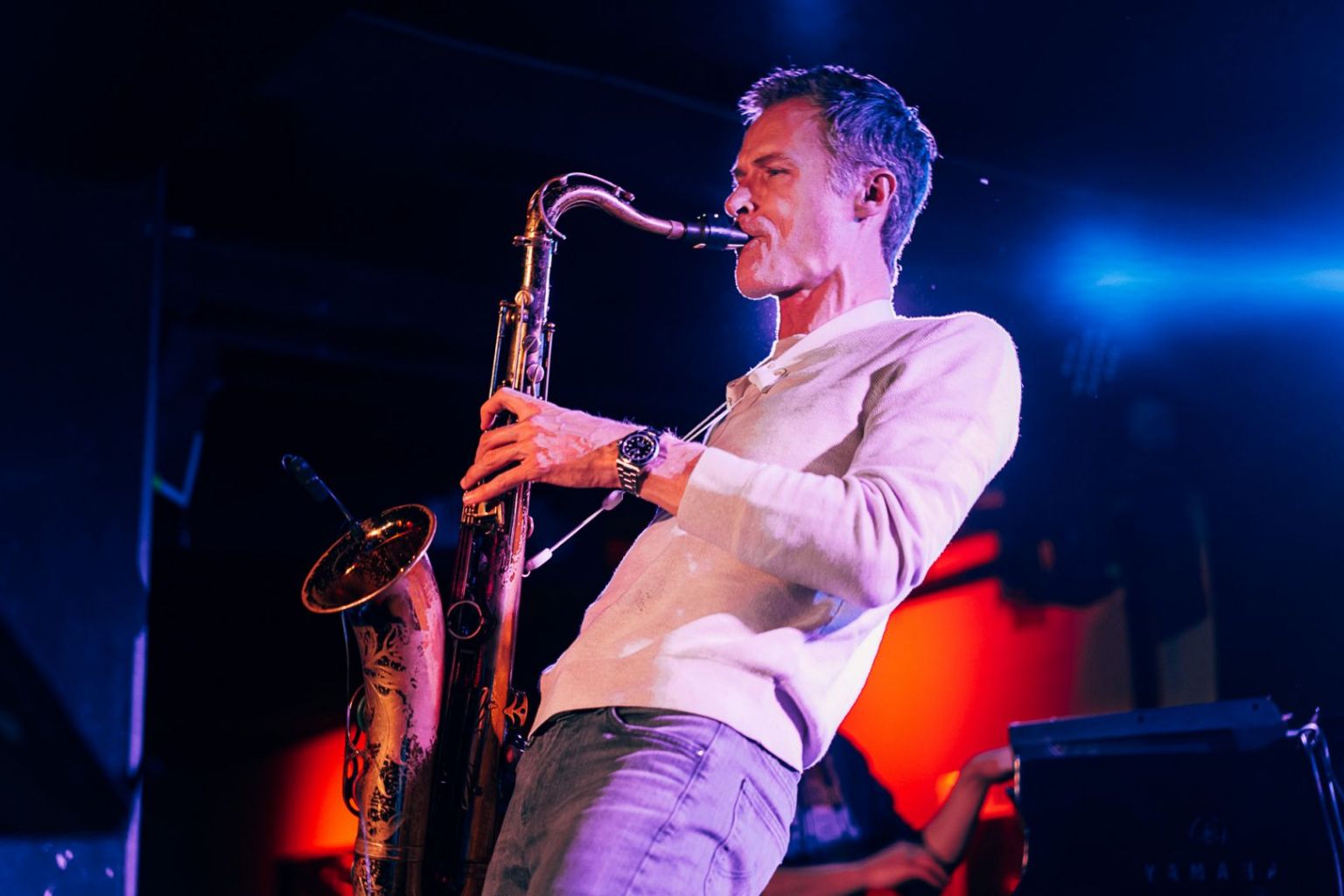 I was born in New Jersey but moved a lot as a kid. I attended a different school every year until junior high when we settled in Jacksonville, Florida. The downside was always being the new kid. The upside was I spent lots of time alone being creative. Around age twelve I became obsessed with making movies after seeing a behind-the-scenes documentary of how they made “Honey, I Shrunk The Kids!” I began using my mom’s camcorder to produce home movies starring myself, my younger brother, and any neighborhood kids I could convince. Read more>> 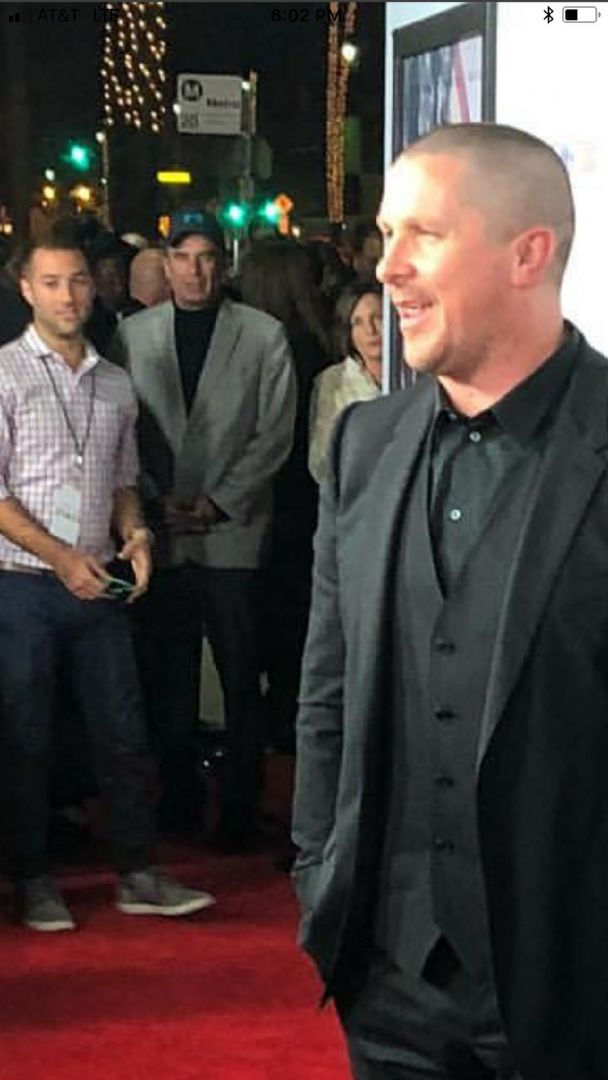 I was born in Far Rockaway, New York on September 23, 1963. I am the fourth of five children. My Father was a Holocaust survivor who by true grit and incredible belief managed to survive five concentration camps. My father defied all odds in his heroic battle to survive the Nazi concentration camps, displaced person camps and finally emigrated to the United States. My father arrived in the US in 1952 by way of Venezuela and reunited with his mother and aunt in Far Rockaway, NY. Read more>> 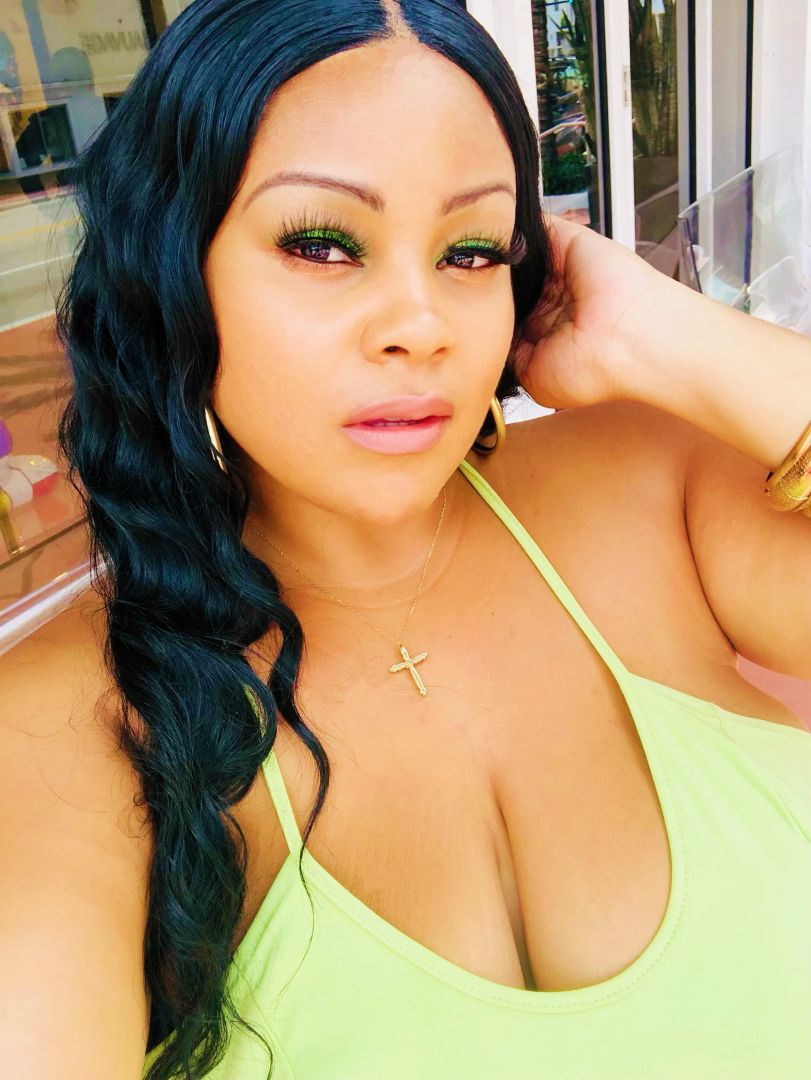 Well, hello there! My name is Jareda “JLovely” Nance and I’m from sunny Southern California (home of the fabulous and fit, image-fanatic). I grew up in an amazingly loving two parent home. My parents would encourage me to let my creativity run free. I always wanted to model in some way. I would play dress-up and put together costumes. I would write poems, plays and songs. I would sing and have elaborate performances in front of my sold-out audiences (in my mind lol). I was ALWAYS raised to believe that beyond the shadow of ANY doubt or unconstructive criticism, that I was intelligent, beautiful, talented and that MY VOICE MATTERED. Read more>> 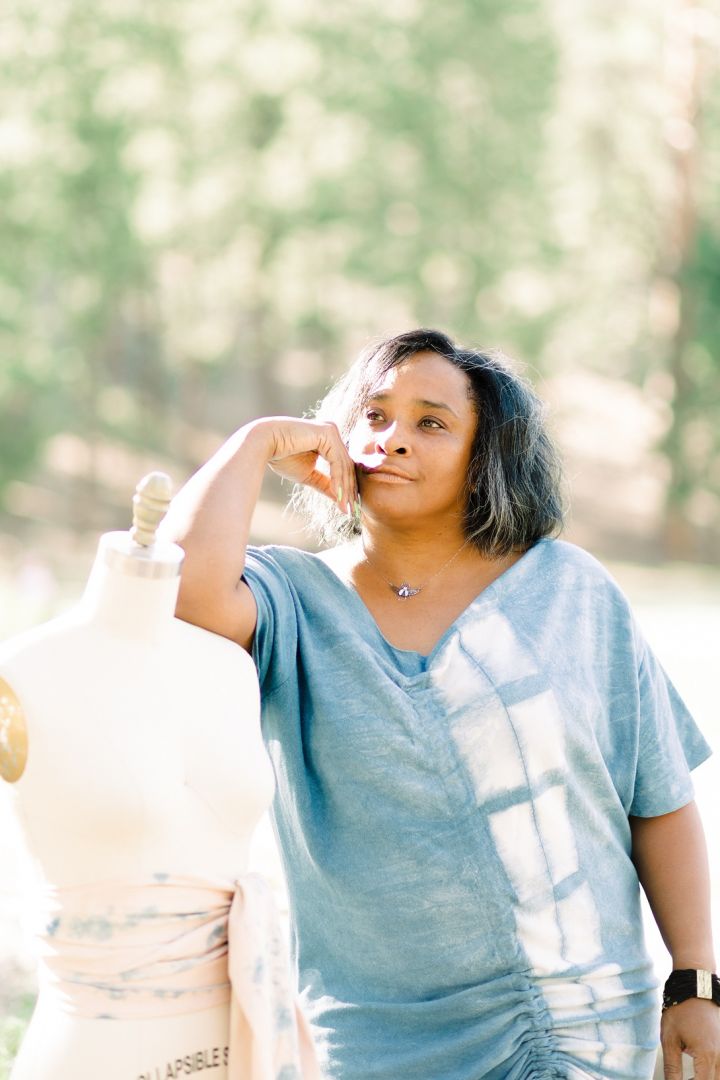 I am from Los Angeles but born in Texas. I was brought up by strong women my mother inspired me to do me to be creative. As a child I played the guitar, violin, did gymnastics, jazz, tap and ran track. Trying everything lets you know you can do anything. Then I discovered design I lived next to a fashion designer and she helped me create a dolls dress then I spent most of my weekends hunting for fabrics in downtown L.A. Being allowed to do whatever excites and ignites you allows you to let your creativity shine. I think all of the things I did allowed me to have no fear of traveling and of letting my design express freedom to be yourself in fashion. Read more>>