People often ask about the best decision, but we think it’s also very enlightening to learn about people’s most difficult decisions and the frameworks they used to think through those decisions. 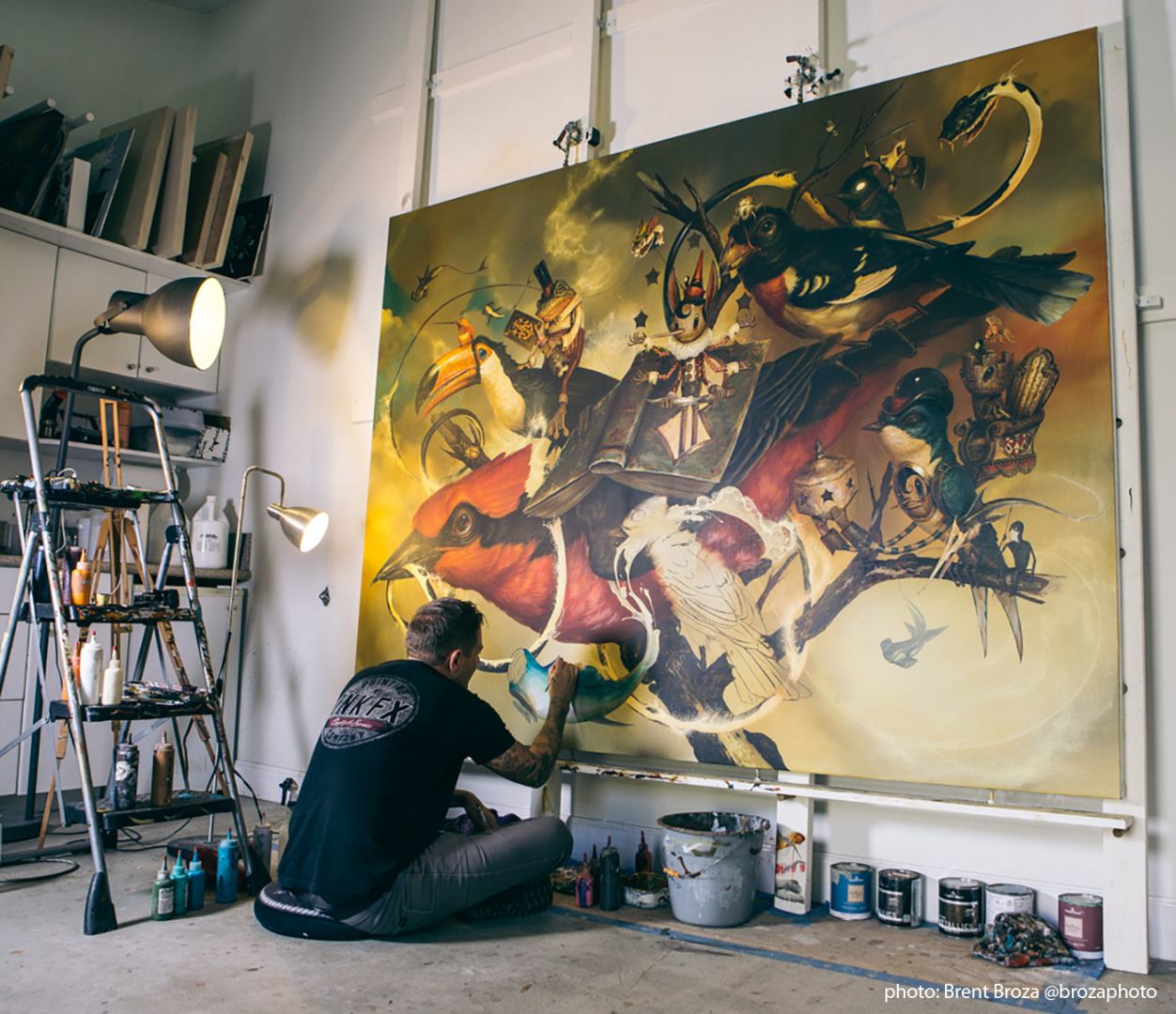 For many years, I held a steady paying job with health benefits at the video game company Activision (studio: Treyarch). Notable titles I was lucky enough to work on are Tony Hawk’s Pro Skater 2X and the 3 different Spiderman games. During this time I was also honing my painting skills on the side and posting my finished works on my social media profiles, in those days it was Myspace, Friendster and my website, formerly called IMSCARED.com. My paintings began to take off and I was building a clientele online. It got to a point where galleries were reaching out to represent me and show my work. I was in a predicament. Keep the steady comfort of my job, or quit that job and venture into the unknown world of being a full time fine artist. It’s been 16 years since I switched careers and I haven’t looked back. Thanks to the careful planning of my amazing wife, Jenn, also to my amazing collectors and art dealers, I have celebrated many sold out solo exhibitions, shown all over the world. Read more>> 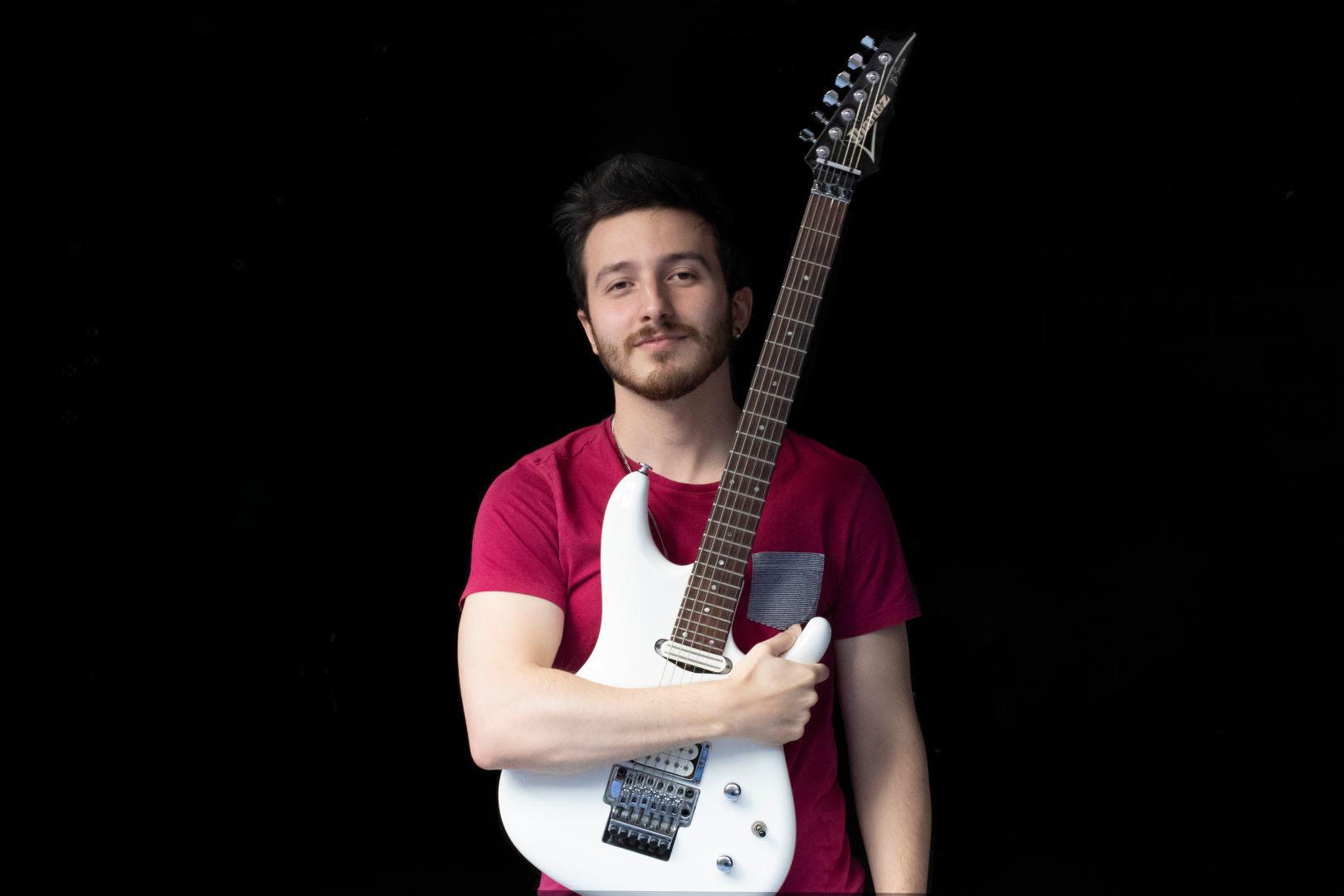 When I was going to finish my bachelor’s degree in Padova, I had to decide what to do with my life after my graduation. I was looking at the options I had and clearly remembered a friend of mine asking me a specific question: “What is a degree at the conservatory going to give to you? What are you going to do after?” My native city is not too big and musicians don’t have many alternatives. The only secure job for me at the time would have been to teach somewhere, but I didn’t want to do that, as it was not my dream. I decided to dream big and aim for the stars, so before the end of my studies, I decided to apply to the Berklee College of Music in Boston and leave everything behind to go to the United States. That decision, of course, was very difficult. I had to leave my comfort zone, my family, my friends, and the difficulties grew even more complex when I arrived in Boston. Read more>> 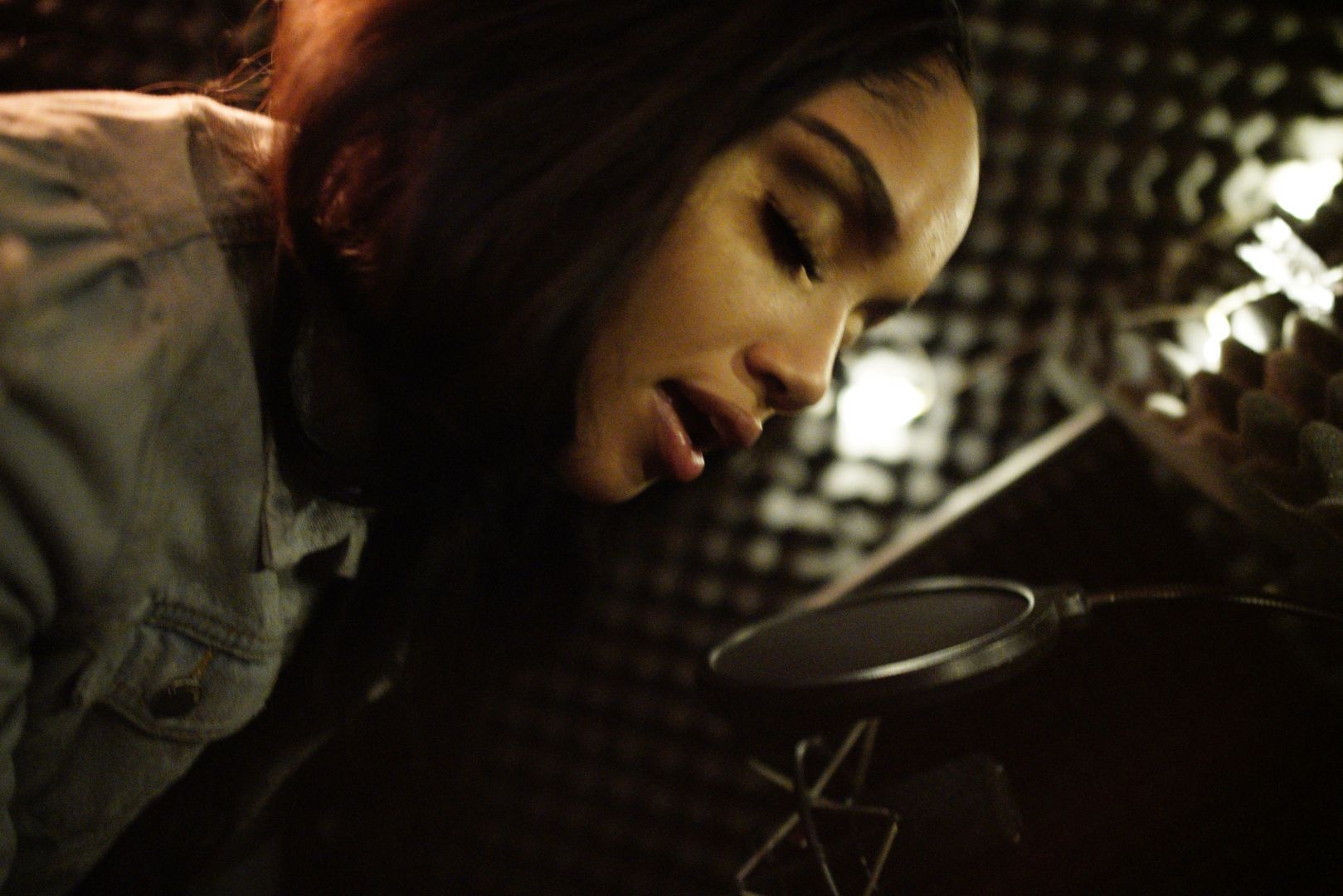 Leaving everything I’ve ever known to follow my dreams. Read more>> 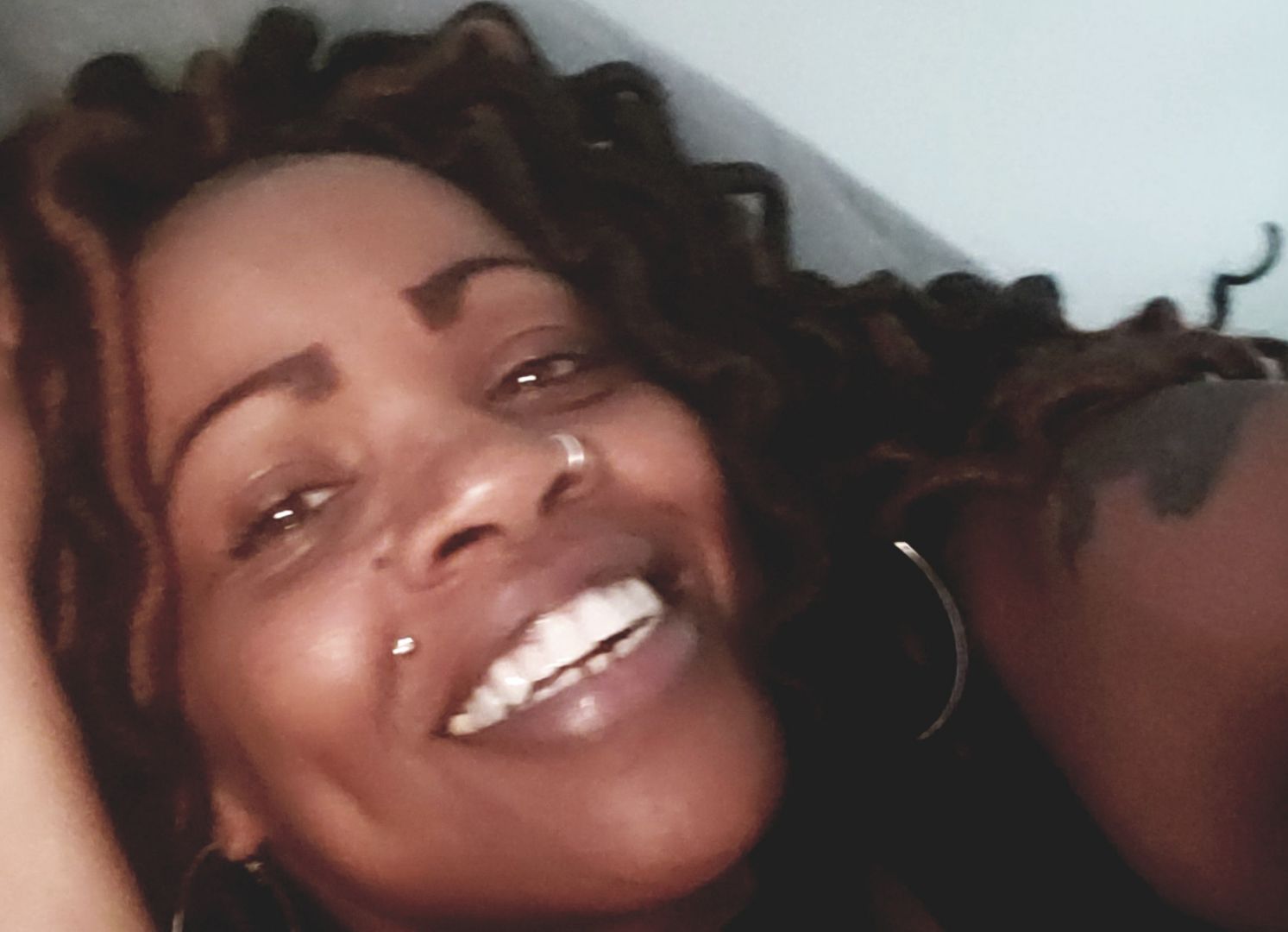 Twenty-six years ago I chose to follow energy that led me to where I am today…that led me to my ‘soul’s development’, revealing my ‘soul purpose’. Twenty-six years ago I (consciously) chose to believe in a Higher Power and submit to His Plan for me. I followed this Divine Energy which has greatly aided in the discovery and development of my spiritual gifts. This decision changed my world, of course it did! I became closer to God (my spiritual self developed its intimate relationship with God); I became self-aware (which led to healings of the emotional kind and some psychological re-wiring on my part); I became aware of my ‘soul purpose’ (‘to assist in the healing of others’) and now am consciously honoring it; I’ve discovered gifts of my ‘spirit’ (intuitive/psychic abilities) and gifts of my ‘ego’ (writing); and equally as valuable as what I’ve previously mentioned, I discovered Self. I became aware of Tanya and all of what she encompasses. I became enlightened and empowered. Read more>> 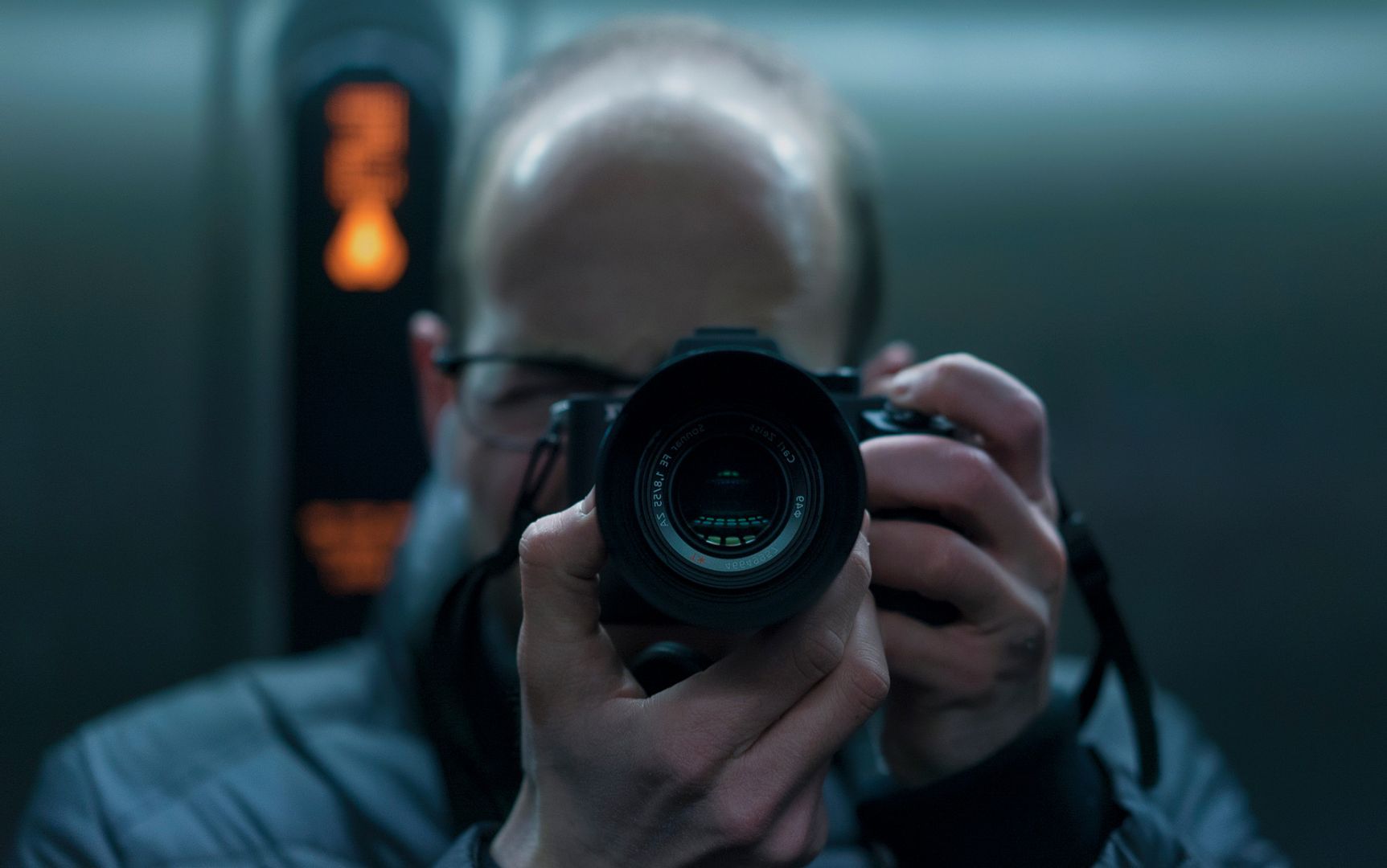 Dropping out of USC. Ever since high school I had my mind set on moving to LA after college, attending the film scoring program at USC (perhaps the most prestigious institution for learning film scoring), and then making a go of it as a film music composer. I busted my ass to get into the film scoring program, and to my great fortune got accepted, but after one semester of intense, hard work, my heart wasn’t in it anymore. I wanted to direct films, not write music for them. It was crushing that I had come so far only to give it all up. But actually, there was a sense of relief giving it up. My heart was—and still is—in crafting cinema. I cried like a baby when I told the program director that I wanted to drop out. Thankfully, he was supportive of my decision. That day was 1/11/11. I’m not superstitious, but it couldn’t have been a more fortuitous date for a fresh start. Read more>> 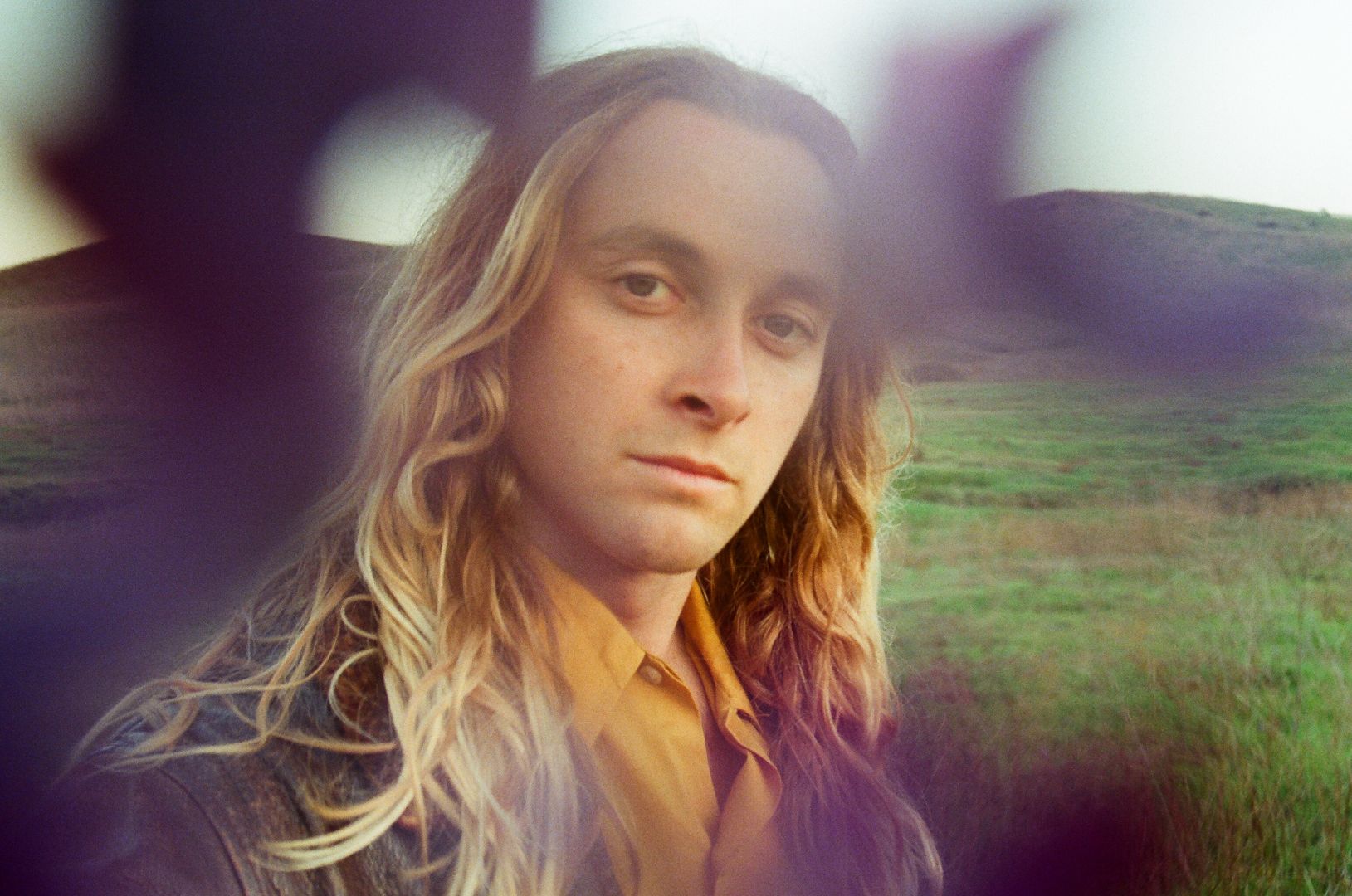 One of the most difficult decisions I’ve ever had to make was to release my debut album. I had never released music before and most of my friends and family had no idea I even played music. What made releasing the album tough was how vulnerable it made me feel to have my work splayed out for people to critique. Read more>> 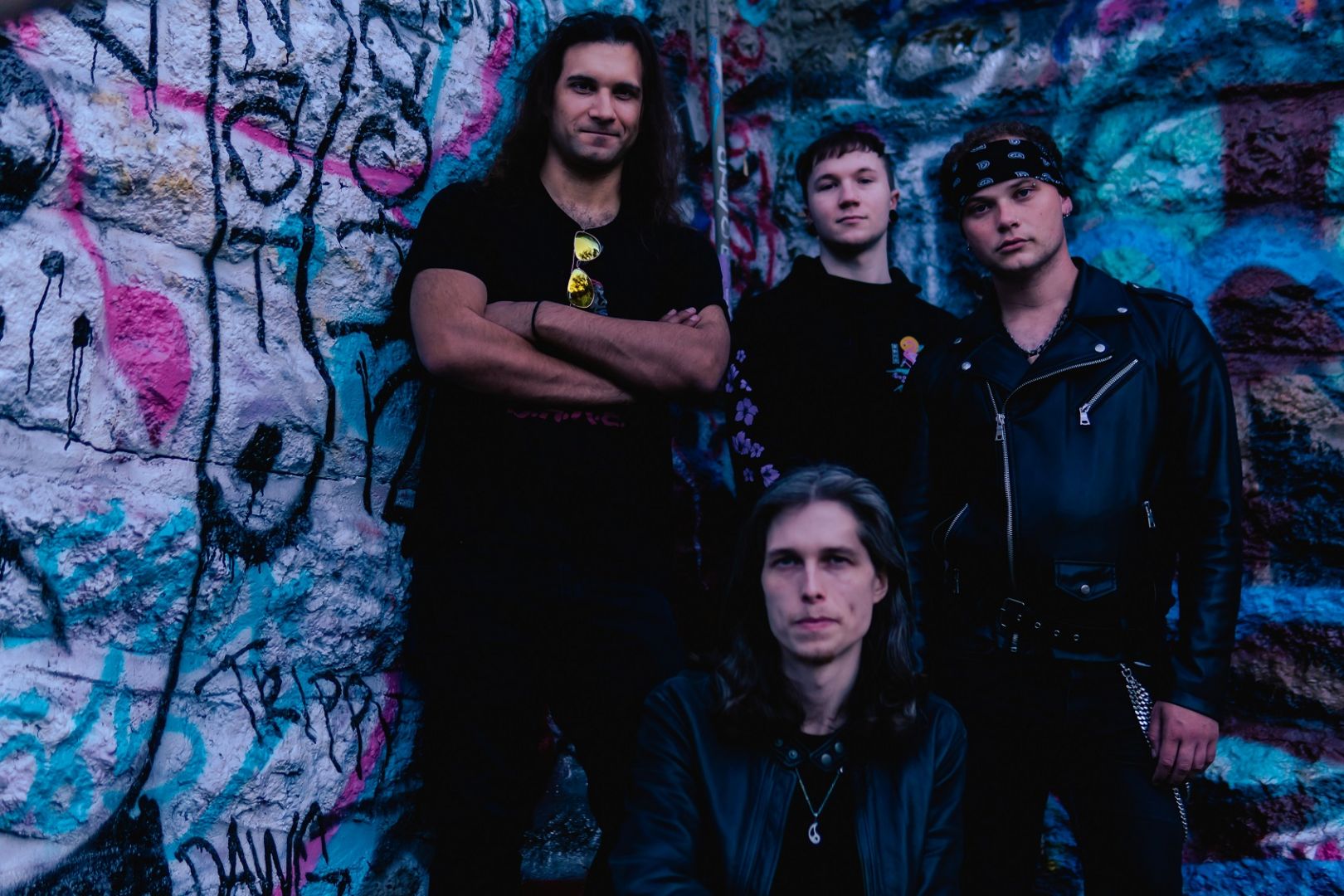 Bobby (bass): Moving across the country to follow my music career. I’ve always been super close to my family (doggos included) and I still miss them like crazy but I only get one life so I want to make the most of it.Ben (drums): The hardest choice I had to make was actually moving to LA in the first place. As the time grew near, I knew I was about to basically abandon my old life as I knew it – right down to selling my possessions, just to be able to afford living here. I had to make the choice of “stay home and live life comfortably,” which sounded nice at the time – but on the other hand, I had the choice to chase my dream. My life was going to completely change, from my friends to even something small like my surroundings, but glad I made the choice to come to LA because I’ve accomplished things I thought I never would, and that alone gives me something to be proud of. Read more>> 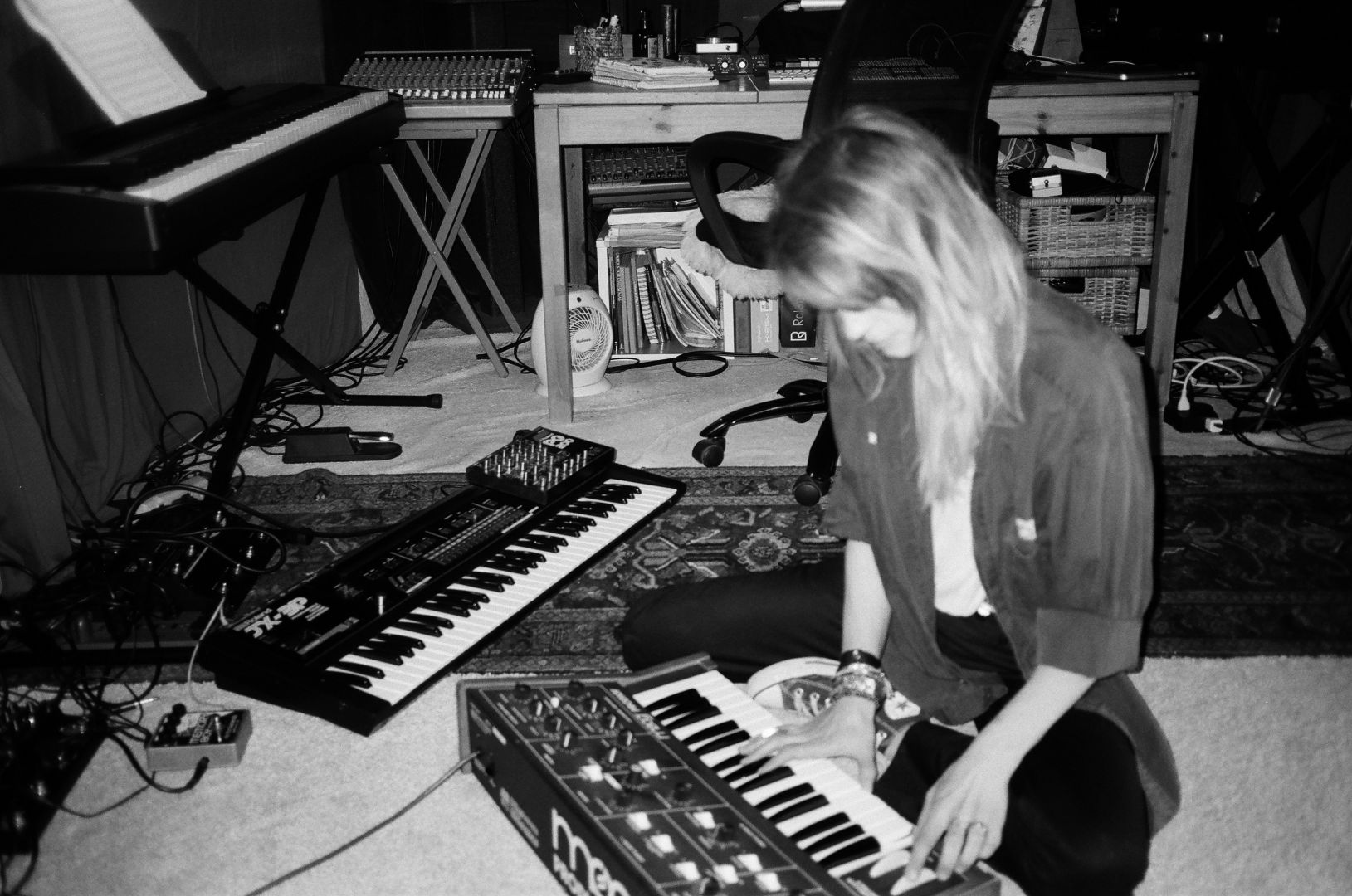 In 2016 I was forced to terminate a pregnancy at seven months. Tests revealed the baby would have been born with severe issues and would have had too difficult of a life. We made that really painful decision after a lot of analyzing and diagnosing with several geneticists and perinatologists. Read more>> 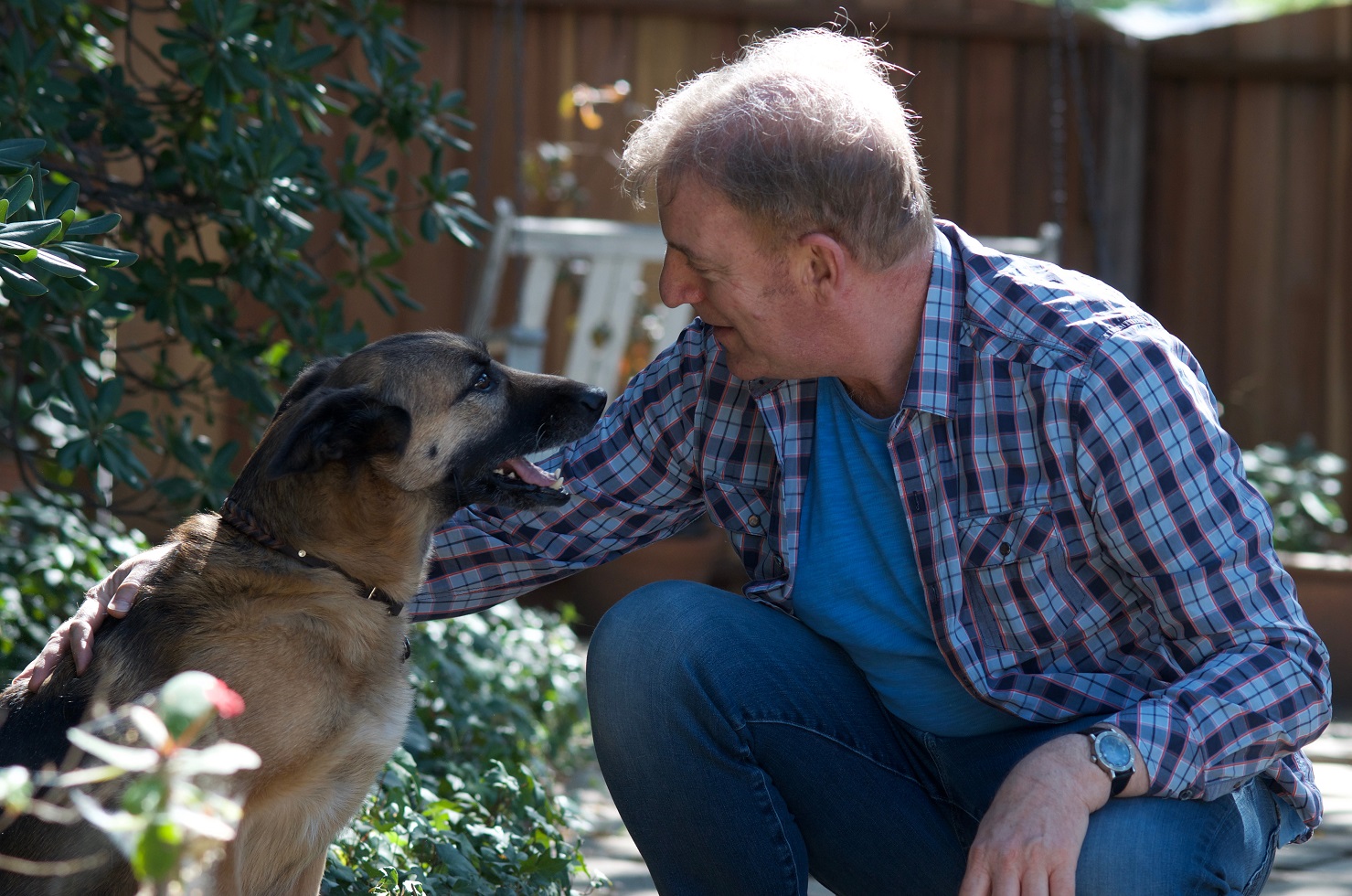 In regards to my work (there have been other decisions far more difficult and painful, in social and other realms), the most difficult was clearly changing careers 100%. I had devoted twenty years of my life to working in the film and theater worlds, including a masters degree in film and TV production (USC) and an intensive two-year acting study (The Sanford Meisner Institute – even though I’d never intended to act, just to learn how actors worked, so I could direct them better). Throwing in the towel on that entire world felt like the ultimate admittance of failure and incompetence. Read more>> 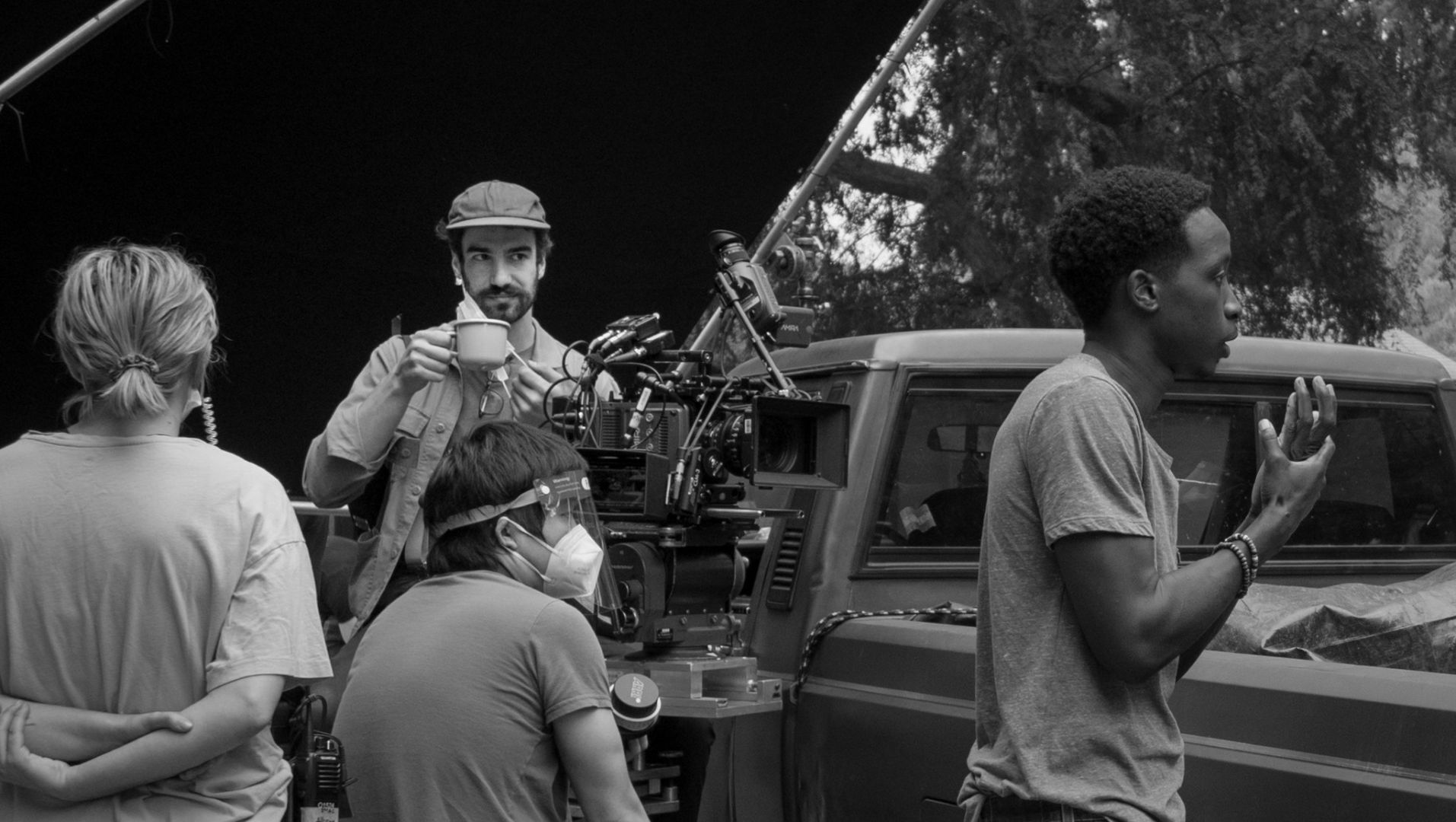 I think definitely one of the harder decisions I was fortunate enough to have to make, is whether or not to go study cinematography at the American Film Institute. It might sound trivial or obvious, but I was already working as a self-taught Cinematographer for 5 years in Switzerland. So, by coming here to study I left behind a local career that was just getting some traction and put all my savings towards tuition and living expenses here in LA. In some ways, it felt like I was going to make a big step back. To take 2 years off for studies while not earning any money wasn’t easy. It ended up being a great decision though. I was really able to hone my skills and sensibilities while meeting lots of new and interesting fellow filmmakers, all of which, in the end, made me a better cinematographer. It’s hard to say if, over time, similar developments could have taken place if I had stayed in Switzerland just working. Read more>>

Caro Cappiello | Voice Over and Actress 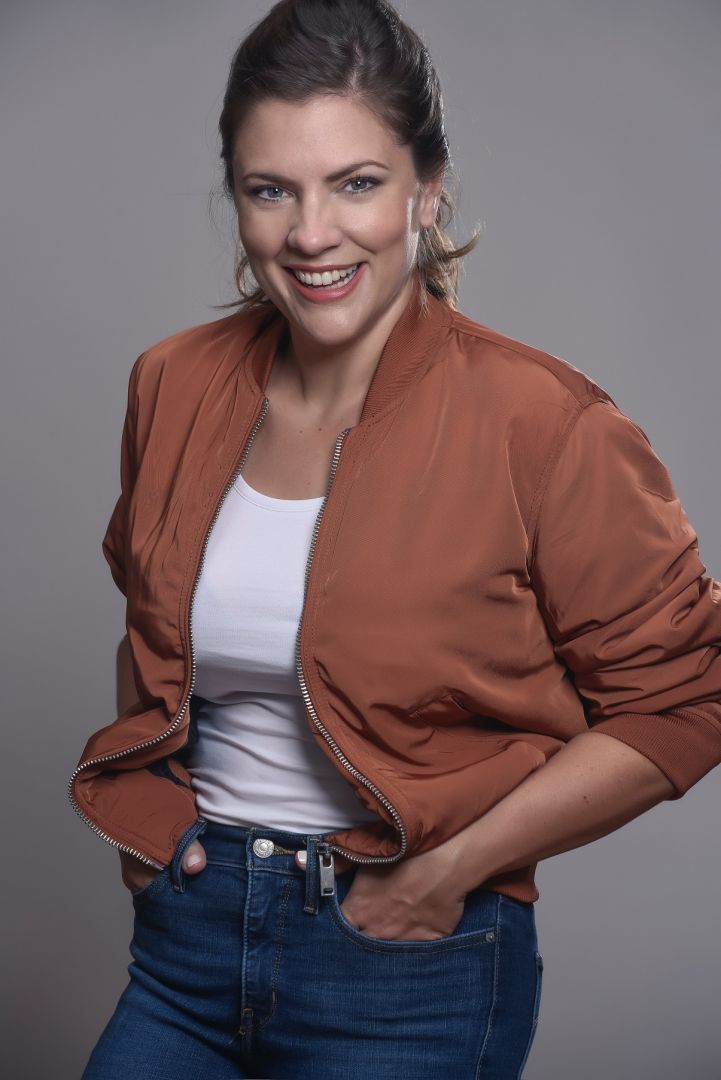 Believing in myself. Because you have no guarantees just the satisfaction of doing what you want and dream. The hardest part is doing it, the first step. “jumping to it”, then like water flowing to the right path, everything flows. With up and downs but flows. Its hard to let go of the security and comfort zone, leading to nowhere. Thats where confidence is all you need to. move forward. I have to say that as soon as I started believing in me, everything changed for good. Read more>> 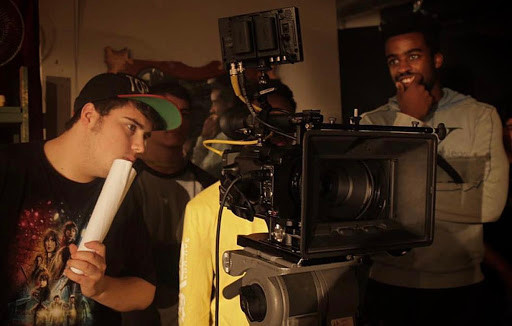 Life is hard, very hard. I had a choice in 2016 to either move to LA & pursue my dream of being a filmmaker: and going to film school! I was stuck between two choices, I could go right now (2016) or wait another year to decide what I wanted to do with my life. It was very tough because I only visited California two or three times before. I’m from a small town in Iowa where the craziest thing to happen is a cow crossing the streets. In all seriousness, I took a risk and decided to go with my gut and chase my dreams & man, was I making the right decision? The answer is yes. When in doubt, go with your gut because if I would’ve waited one more year to go to school, who knows what would have gotten in my way! I had to leave my family & friends which was the hardest part of my dreams coming true. I moved to LA when I was 19 fresh out of High School & nothing would stand in my way! I made my dreams a reality when I made my first official short film, “Moving Day” in 2019 when I graduated with my Bachelor’s degree in Writing/Directing. Read more>>

I decided to drop out of college my after my first semester as a freshman, which was difficult for because I was afraid of failure and was uncertain what the future held. I took a gap year and spent 6 months living in the high desert of Nevada where I learned to bow drill, aka make fire with natural materials, a process that requires endurance, and focus. The pay off, creating a flame is an incredible release. It’s funny because making music for me is similar to making fire. It’s a release of tension that requires focus and endurance 🙂 When I returned to college I graduated with high honors… oh and confronting my fear of failure early on has paid off because it gave me the courage to pursue a career in music, and a lot of people are afraid to take that leap. Read more>>