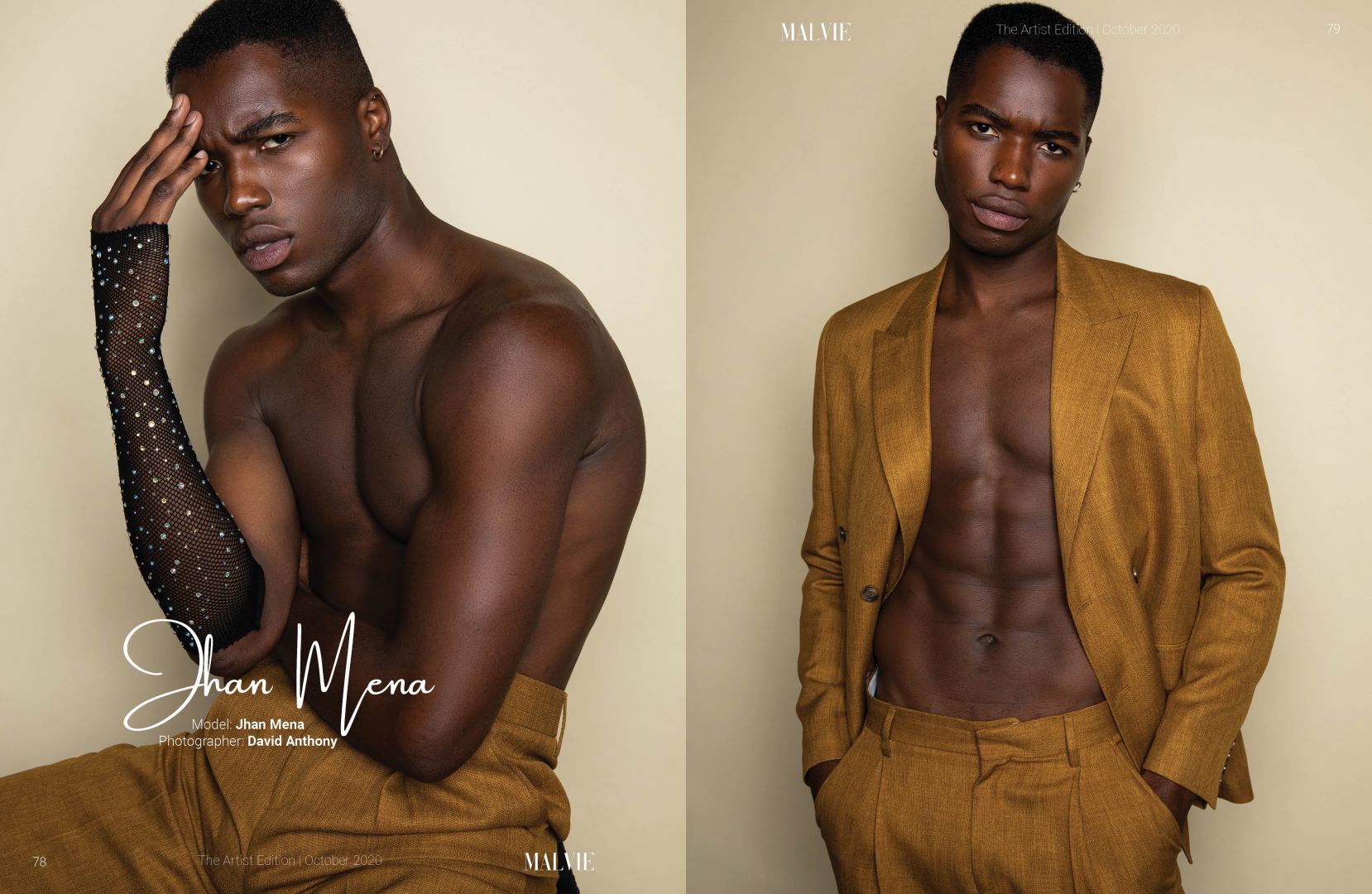 Creativity is the reason why I chose my career. Also, I love to have fun in my career. Would you want a career that is not fun? I want people to see my vision when I capture a models moment. Furthermore, let’s not forget that I love to have fun on set, if I’m not having fun then the model won’t have fun, and vice versa. The photos will come out great when you’re having fun with everyone! I didn’t choose my career to not have fun! Read more>> 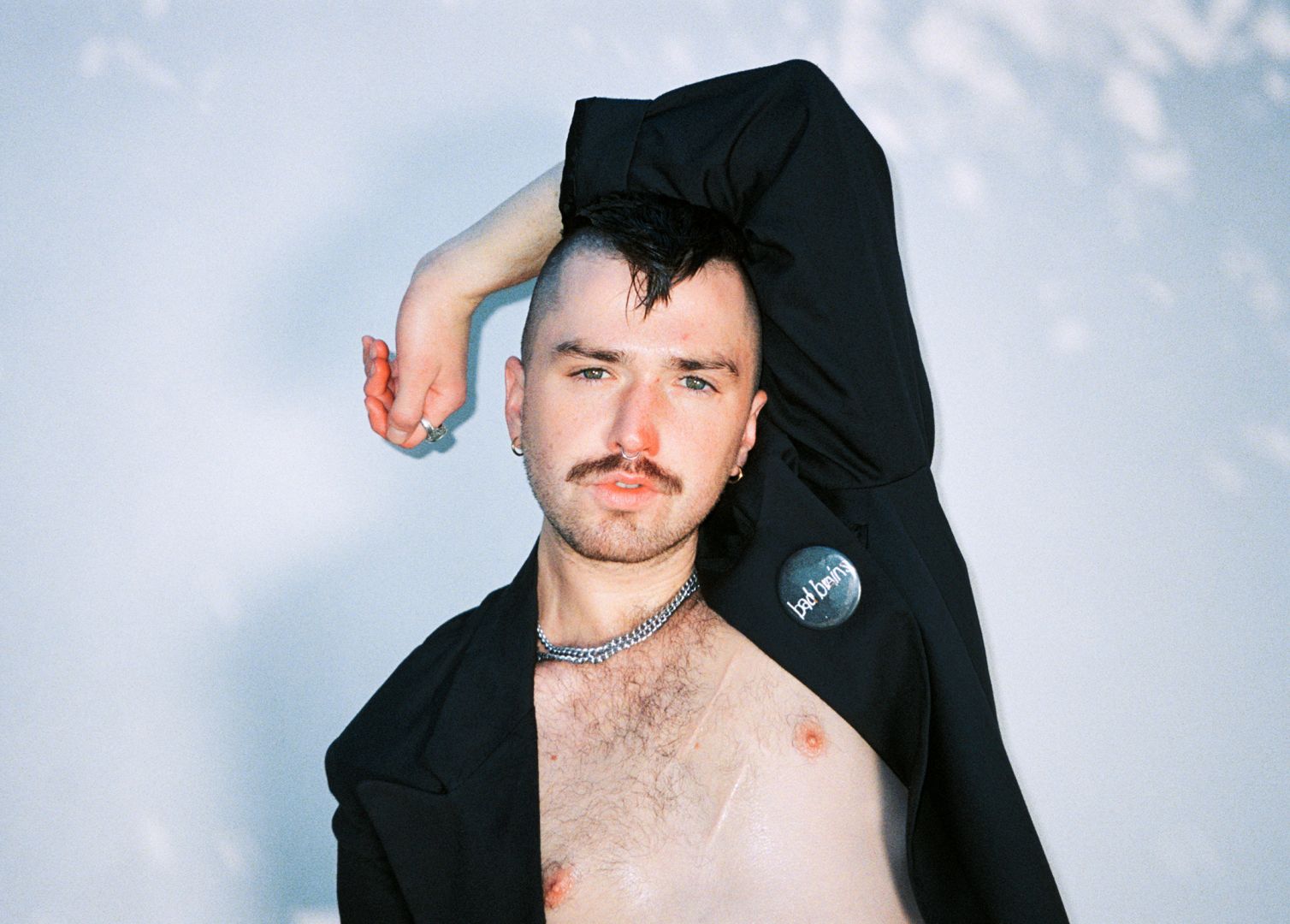 I pursued art as a career because art truly saved my life, and I wanted to share that with the world. Art was the thing I found during a deep depression that helped me purge and deal with my difficult emotions. I learned early in life how freeing being vulnerable is, and I wanted to spread that message to the world through my artwork. I truly believe that vulnerability is the key to leading an authentic life, and I know that leading by example is an excellent way to spread a message. Art is a great way for everyone to express their individuality, and I think the world would be a much better place if everyone put themselves out there in an artistic way. Read more>> 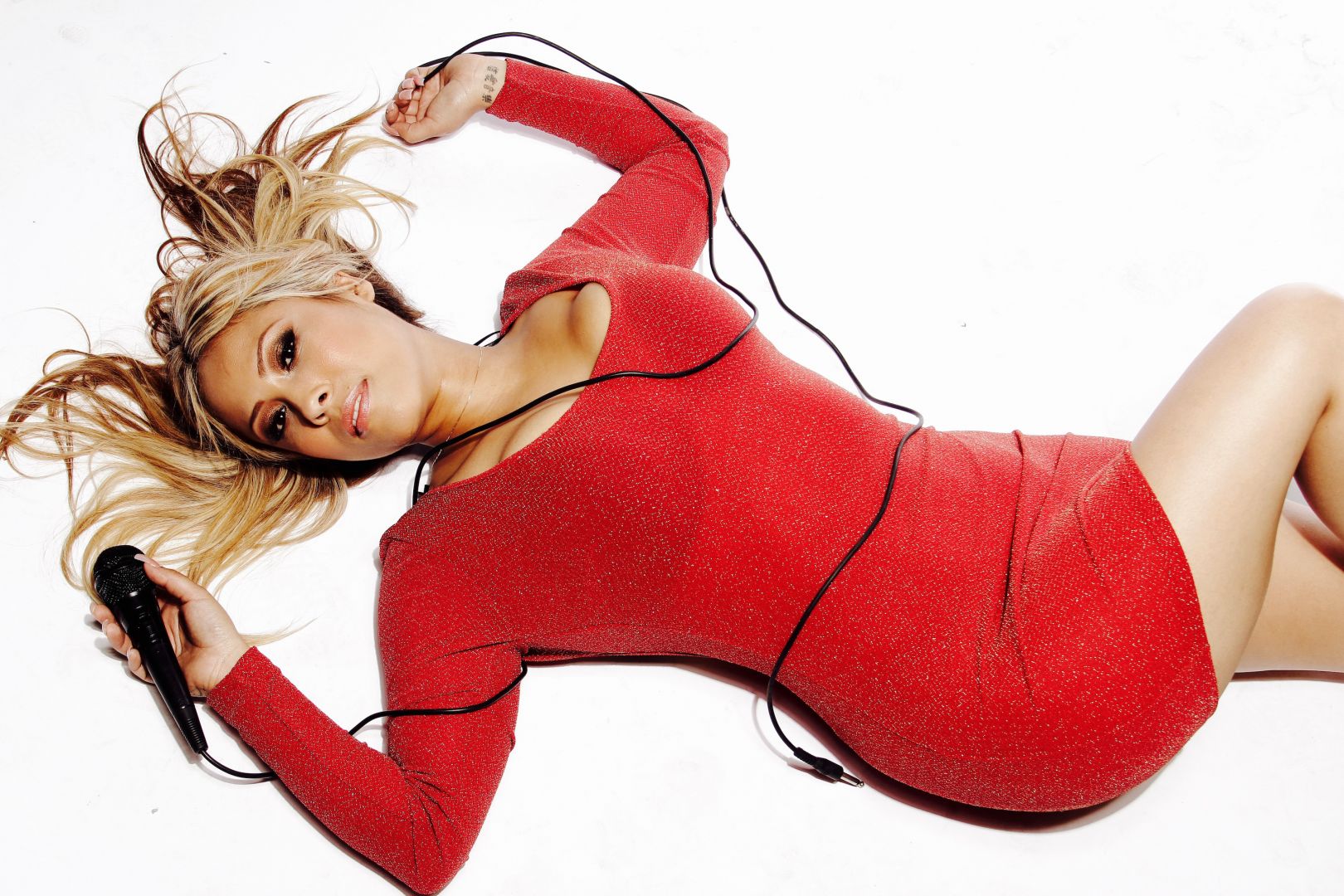 I’ve always enjoyed making others smile or laugh so it feels to me as If I receive something in return, a sense of purpose. I was about 9 years old when I knew I wanted to sing and be involved in music. I realized that it gave me the same feeling of purpose, at the same time doing something I absolutely love, and using my talent for that purpose of helping others experience their emotions through music. Read more>> 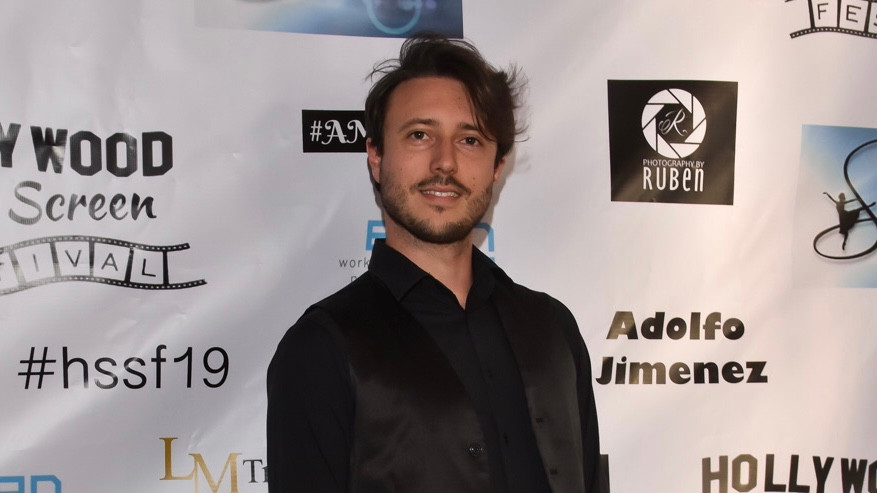 I believe To educate to share experiences to. Read more>> 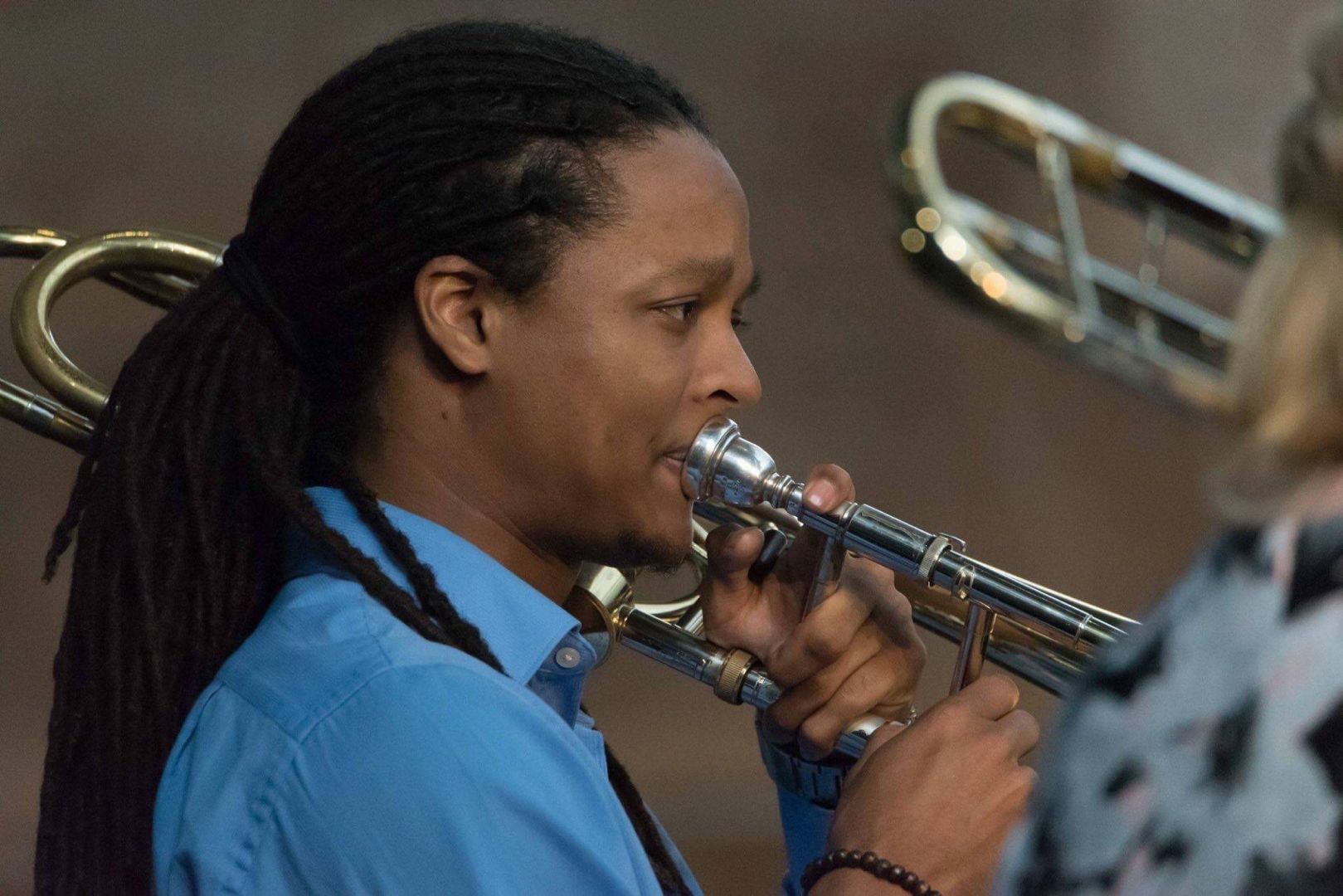 I think I decided to pursue music as a career because it doesn’t feel like work. Technically practicing, networking and needing to be mentally focused a lot can be a ton of work, but for me I just enjoy it and I see it as fun or improvement rather than just work. Read more>> 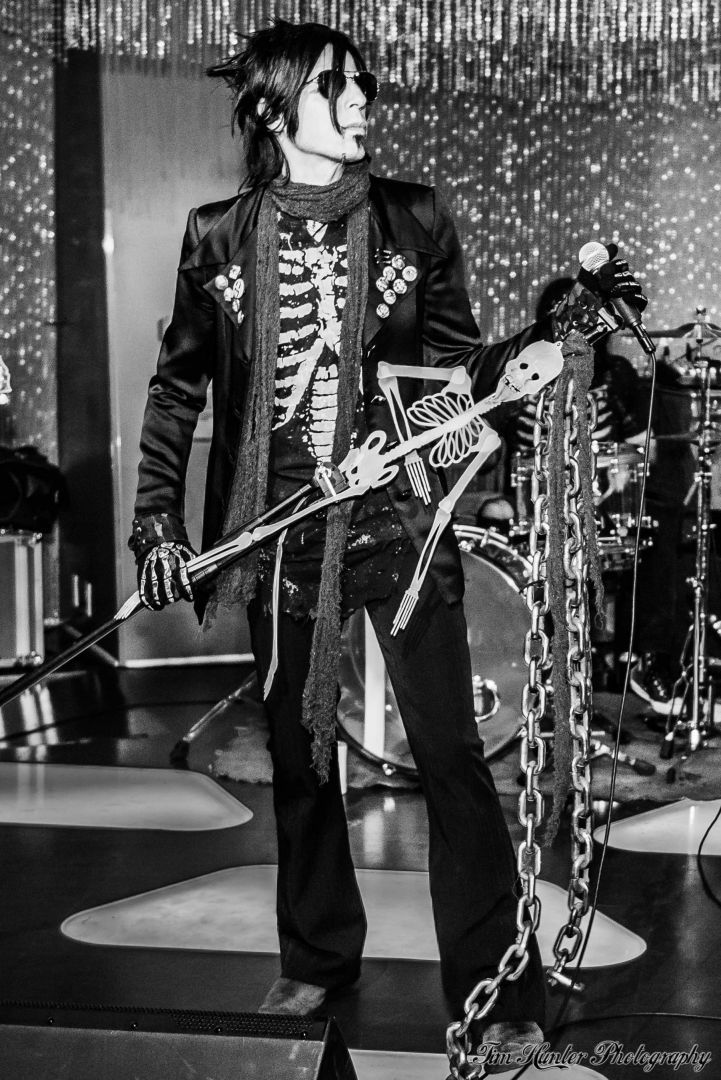 Someone once told me “do the best you can with what you have.” You make art to get something out of yourself. It fills a void and says things you really can’t in any other way. I think most people that have a creative soul are motivated and driven and not afraid to take risks. It’s just a part of who and what you are made out of. Everything I put into the clothing line and my music is something that I would want to wear or listen to myself. So when others from around the world connect and appreciate it I feel as if there’s some universal language through art and inspiration. That’s one reason I love doing what I do. The shorter version of this answer is because it’s fun! -Chad Cherry. Read more>> 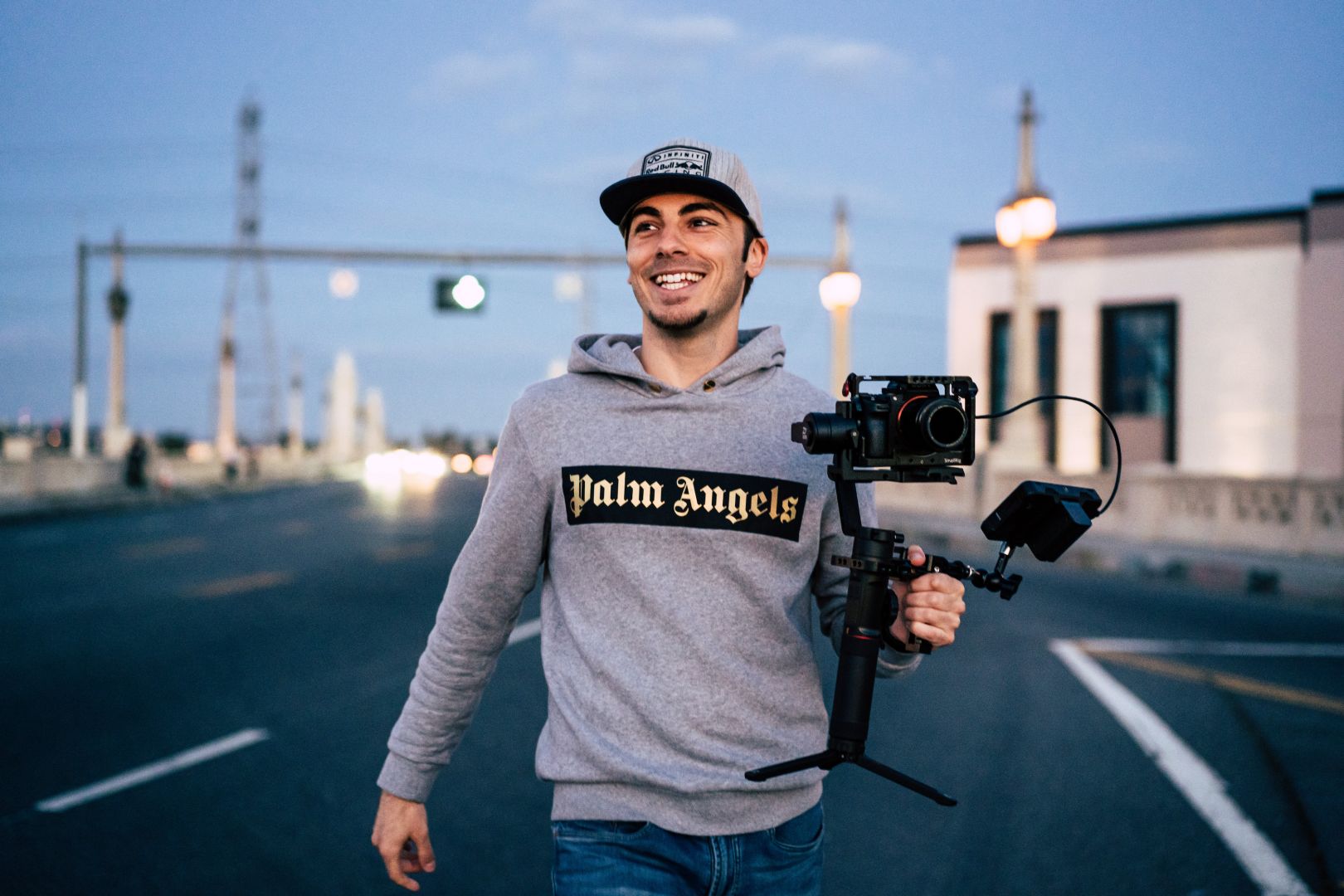 Going into the field of creative and art was always a pretty organic motion. Starting with being deeply interested with films and filmmaking at a very young age (I remember people saying why do you even look at the 2nd DVD, that’s all the boring stuff- but to me, ‘the making of’ was some of the most interesting parts), getting a digital camera gifted to me in middle school, etc. Pursuing the process of creating out of imagination, with the tools of cameras and lights, is something that’s still able to bring me enjoyment, even after all these years, even during the trying times. That to me is a pretty good sign that’s it’s something worth pursuing and continuing the journey in. Read more>> 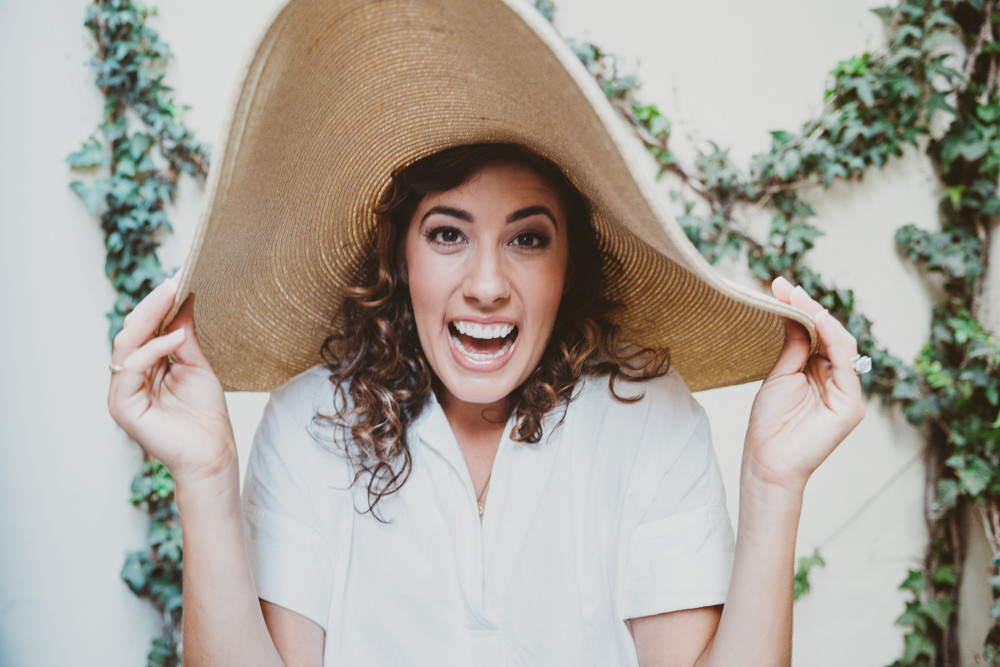 I have always been doing something involving the arts. From the time I was three, I was in dance class, at seven I was performing in musicals. I even graduated Magna Cum Laude from Muhlenberg College with a degree in Theater and Dance. The arts and creativity have always been a part of who I am. When I graduated college, due to personal reasons, instead of moving to New York and pursuing a career in the theater I moved back to Los Angeles and started working in real estate. I wasn’t ready for the auditioning and the competition and combined with the huge life transition that is stepping out into the real world I decided to take what was, for me, the safe route and work for my family’s real estate company. Read more>> 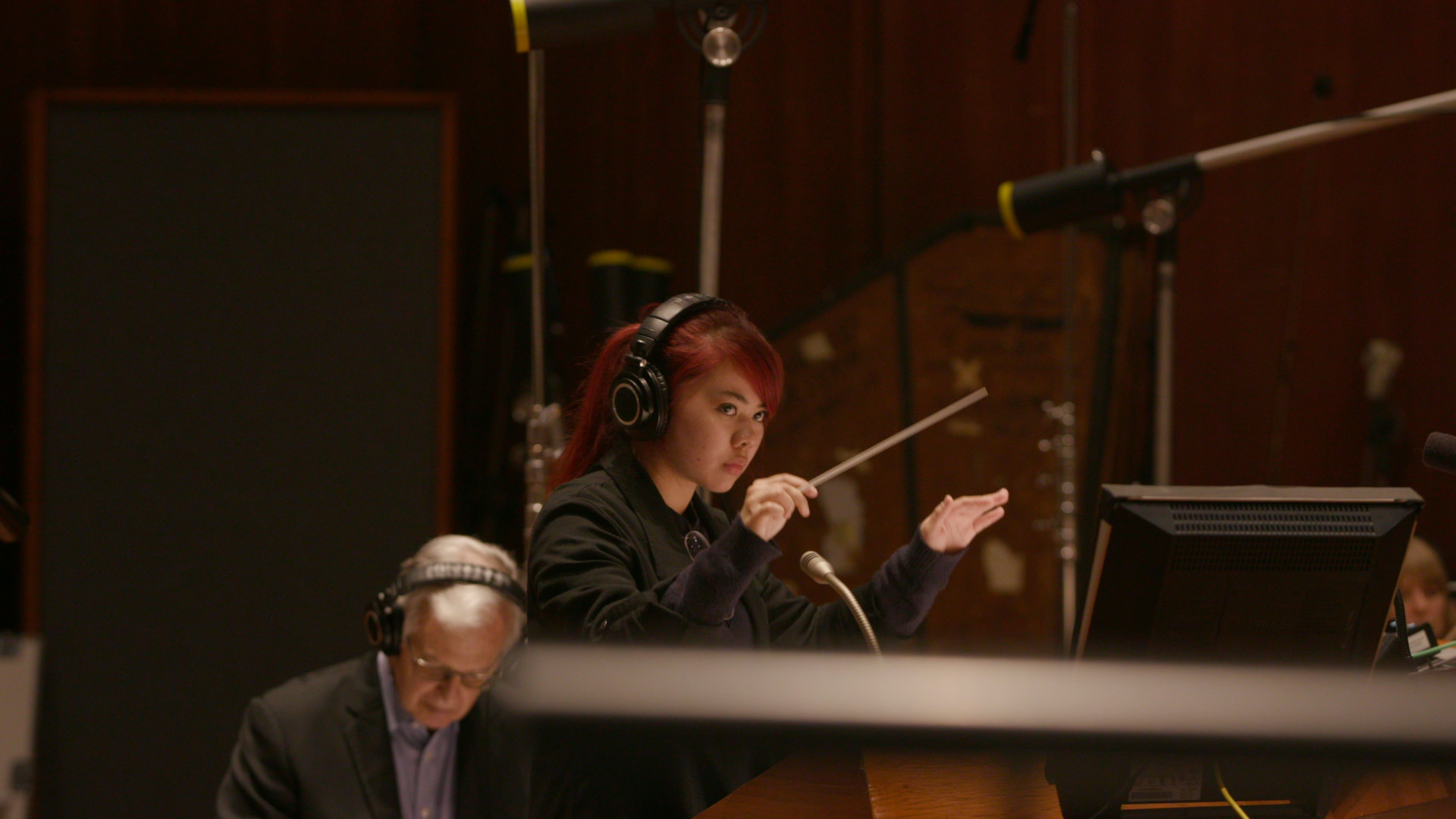 I know it’s difficult, but I chose an artistic career because I want to be able to reach my potential. I know it’s something that I was made to do and even if it’s not easy at first, I chose to take the risk anyway. I used to work in the sciences, but I don’t feel like it was something I wanted to do in the long run. Read more>> 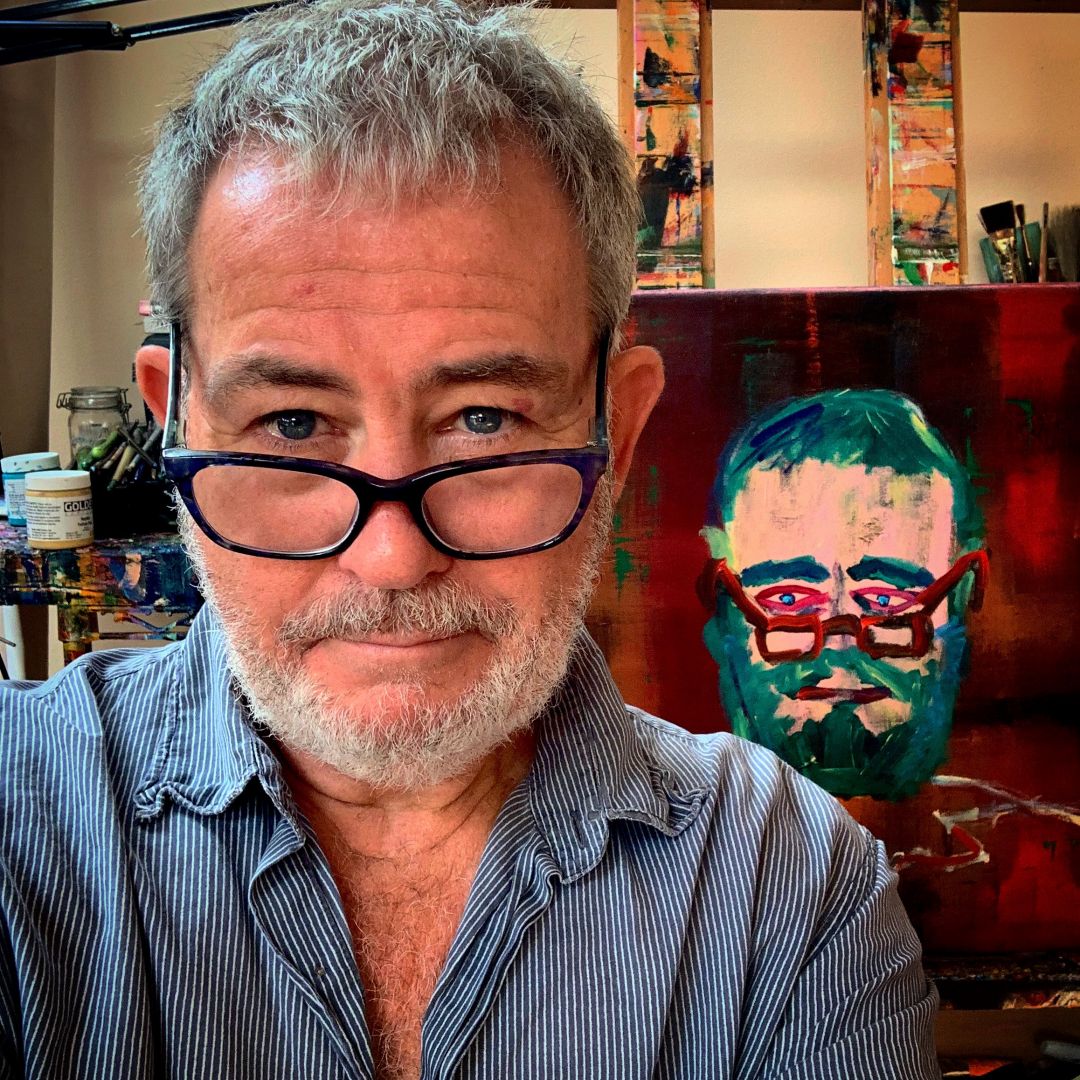 Words, music, color, film – these are the things that have always interested me. far more than math or science or things analytical. So pursuing those things came naturally to me. it was never really a decision. I wrote from an early age. I began taking pictures in high school. Film and video during college. Eight years learning all facets of television production at a New jersey cable TV station. Then 4 years at MTV Networks in New York, first as a producer than an executive. In 1993 I started my own production company with my business partner John Watkin. We still run Planet Grande Pictures together, with hundreds of hours of credits and many industry honors including 7 Emmys. Eleven years ago I began to paint, and I’ve painted nearly every day since. Perhaps these career moves were conscious decisions, but looking back they feel more like the natural order of things than a well-oiled business plan. Read more>> 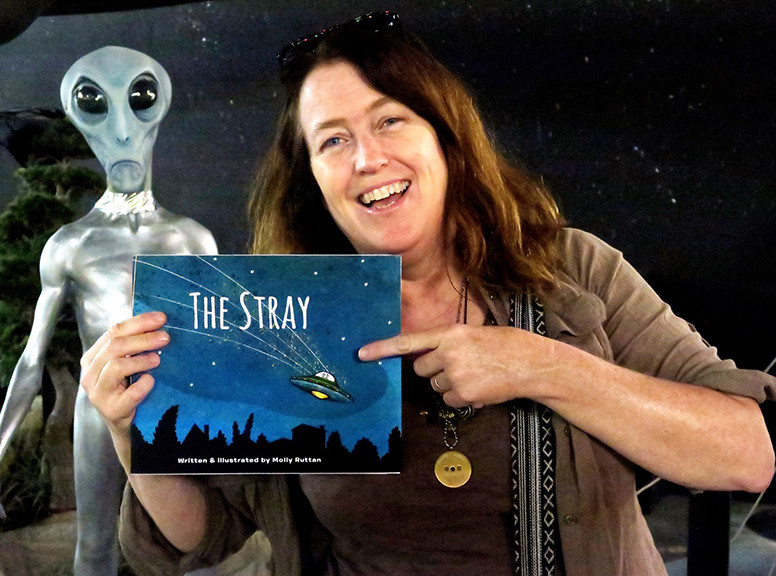 I grew up in a creative environment, and opportunities to create things were always at hand. To pursue a creative career almost didn’t seem like a choice for me; the choice was really what kind of creative career! I started writing and illustrating my own books when I was a kid, and it continued to be something I wanted to do professionally as I grew up. However, for a while I got busy doing a lot of other things, like having a career as graphic designer and being involved in many musical projects, while raising three kids. Let me just say at this point, to any of you who worry about this — don’t ever think it’s too late to follow your dream! One of the many things I love about creating picture books is that they require a distillation and simplification of thought, emotion, image, and story (told in as few words as you can manage), and I absolutely love the challenge. Read more>> 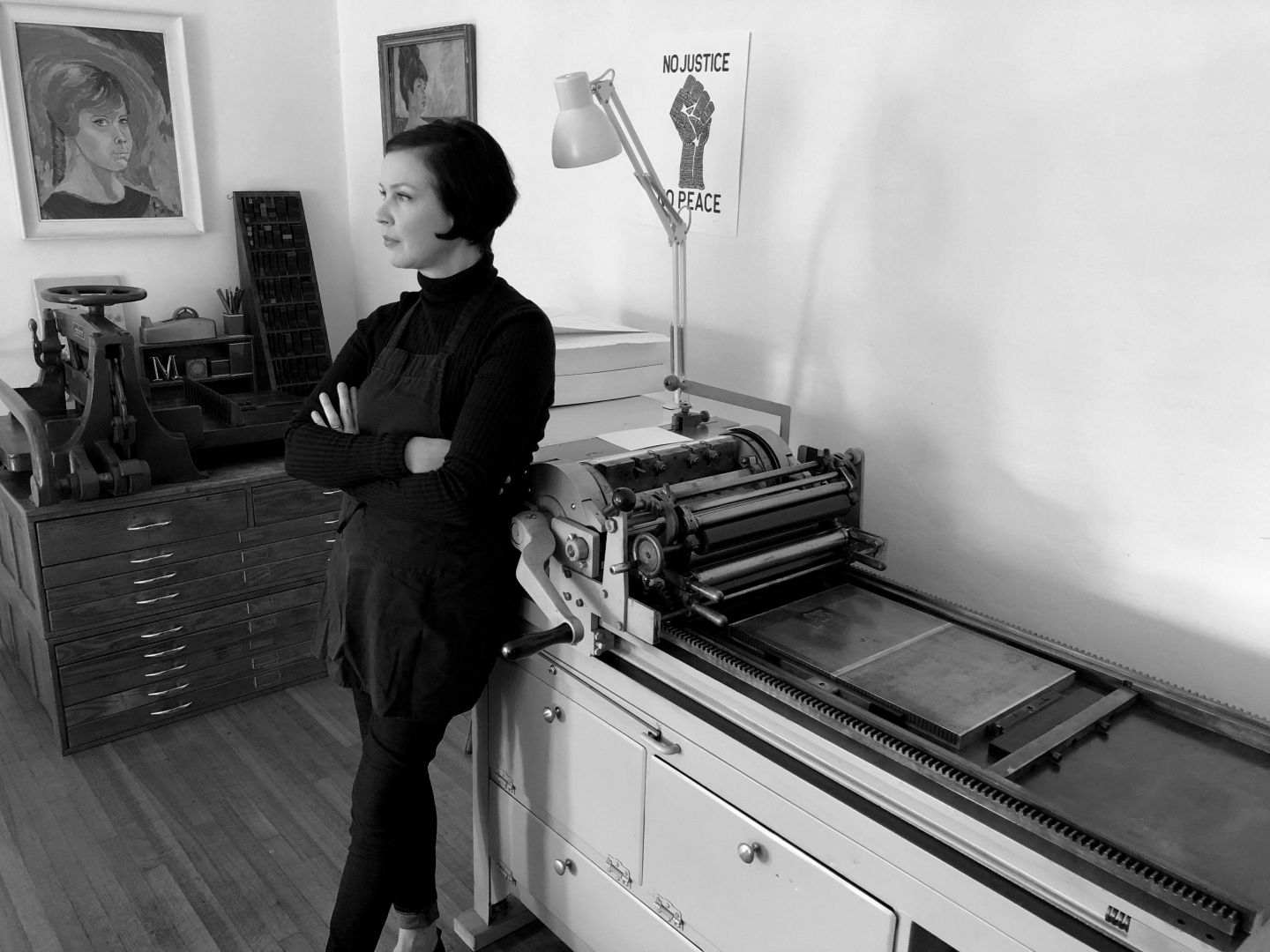 When I graduated from high school, creative careers were not common at all, so for practical reasons and with an interest in behavior, I headed toward the more traditional route to study psychology. Turns out, I just wasn’t as interested when I committed to it as a major. Lucky for me, my dad pulled me aside and said, “Hey, Dee, you know you don’t have to go to USC. Why don’t we take a tour at Art Center.” We did and that was it. I was hooked. It simply felt like the right fit for me, plus I always excelled in art class as a kid, so pursuing a career in something I already had a knack for seemed like a wiser path. Oddly, I have studied and continue to learn about psychology, I use in my design constantly. Everything adds up. Read more>>

Art speaks for me. I’ve always been attracted to colors, and the tools used to produce art; I consider myself a “fauve.” Creating art brings me joy, and the pleasure of sharing the people and places I have experienced with the public. Read more>> 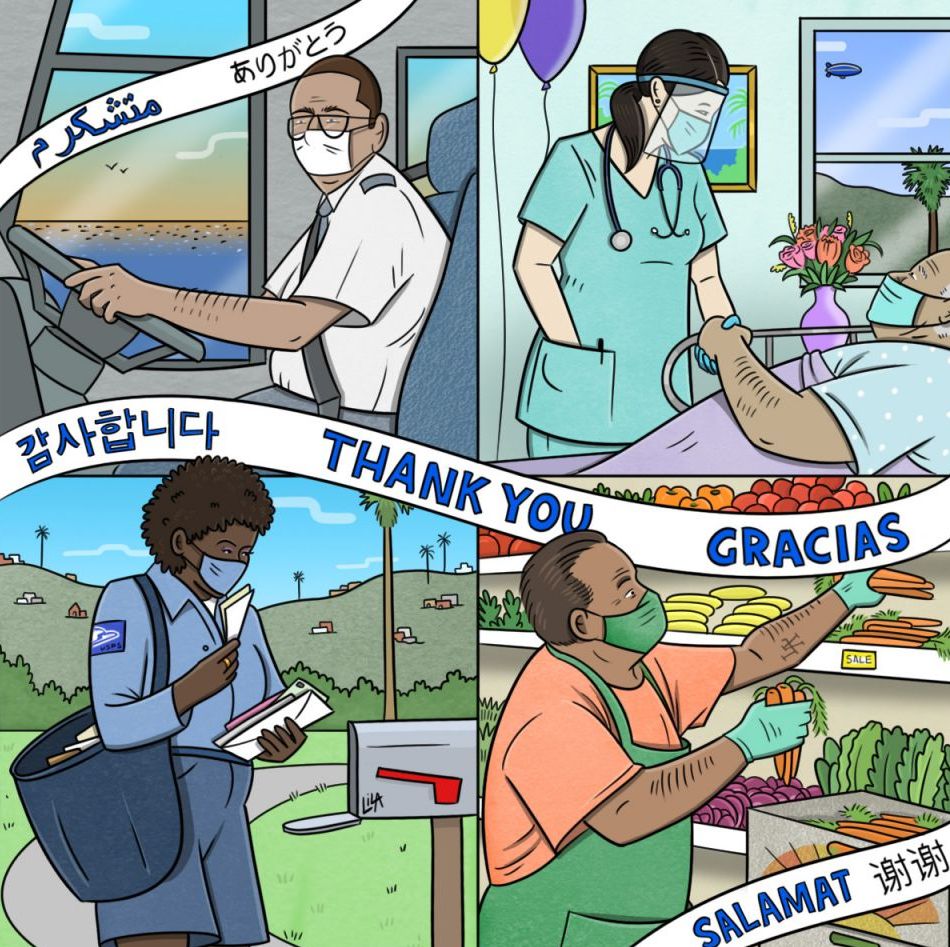 I never considered anything else–always wanted to be an artist since I was really little. I’m lucky that my family always encouraged me to be an artist and it’s pretty cool to see how that support helped me create the career I have today. Read more>> 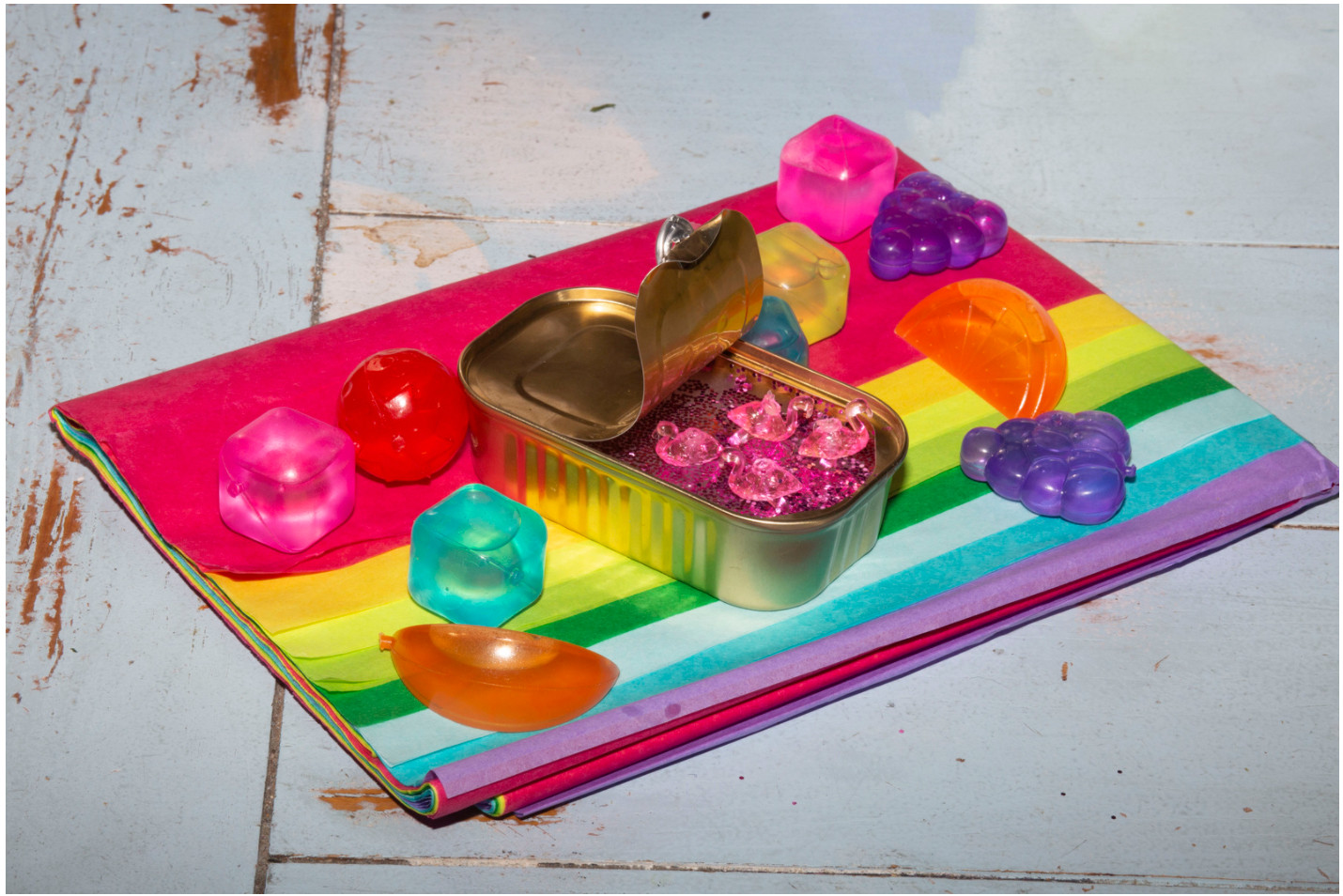 Pursuing a career in the arts has never been much of a choice for me — it has always been a calling. I have tried many times to pursue more “practical” paths, but art prevails every time. The more I’ve imagined a different life for myself, one in which I’m mostly driven by money and financial security, the more I want to grow and protect my own practice. Art is my life and my life is art. Read more>> 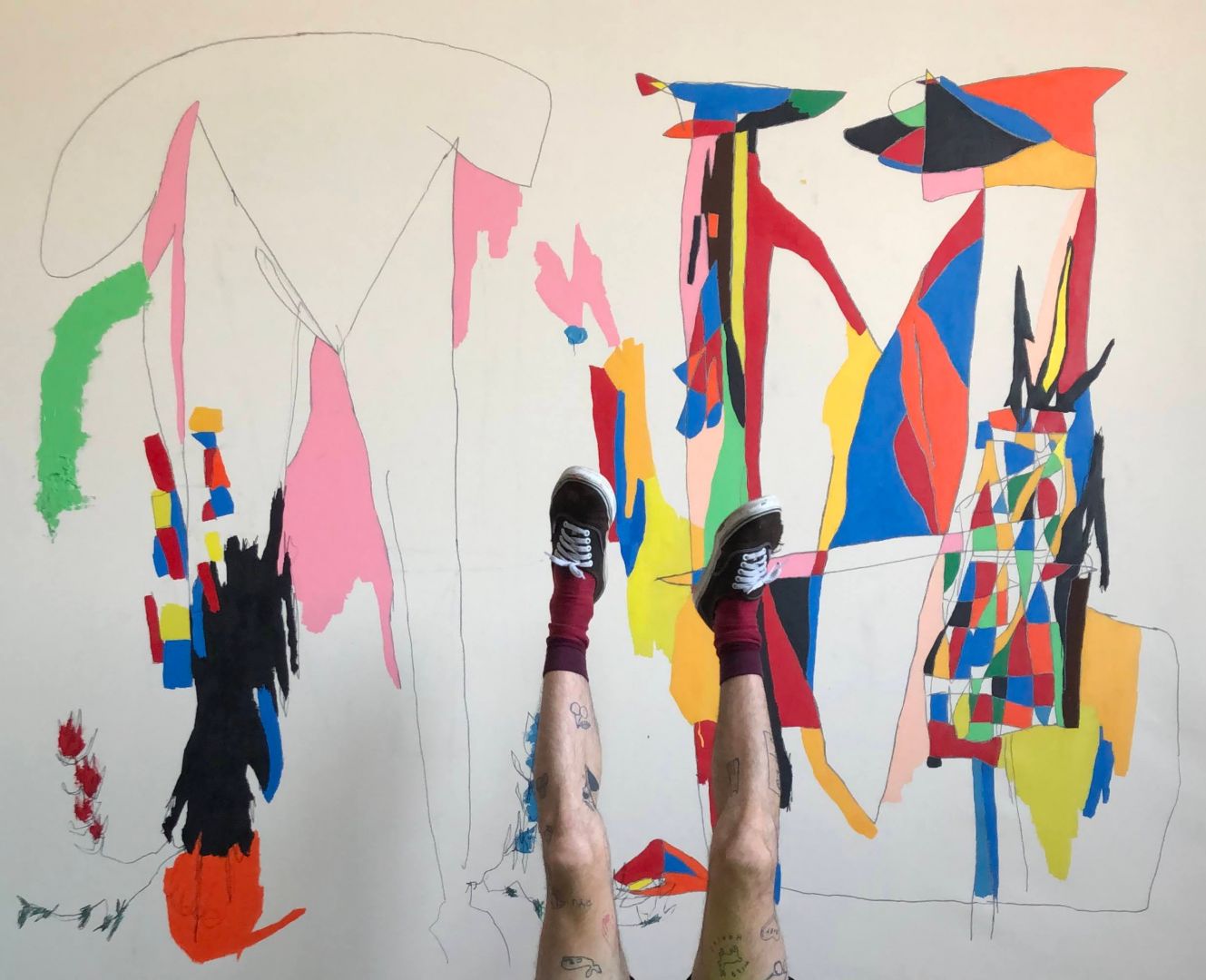 I come from a long line of laborers/worker bees. Something clicked inside my head at a young age to use art & music as a way to creatively communicate and release the build up in my brain as opposed to releasing it in a physical way. For me, painting & creating is a way of life. It comes naturally and with years of practice and commitment. I create for myself as a way to communicate the chaos in my head. Read more>> 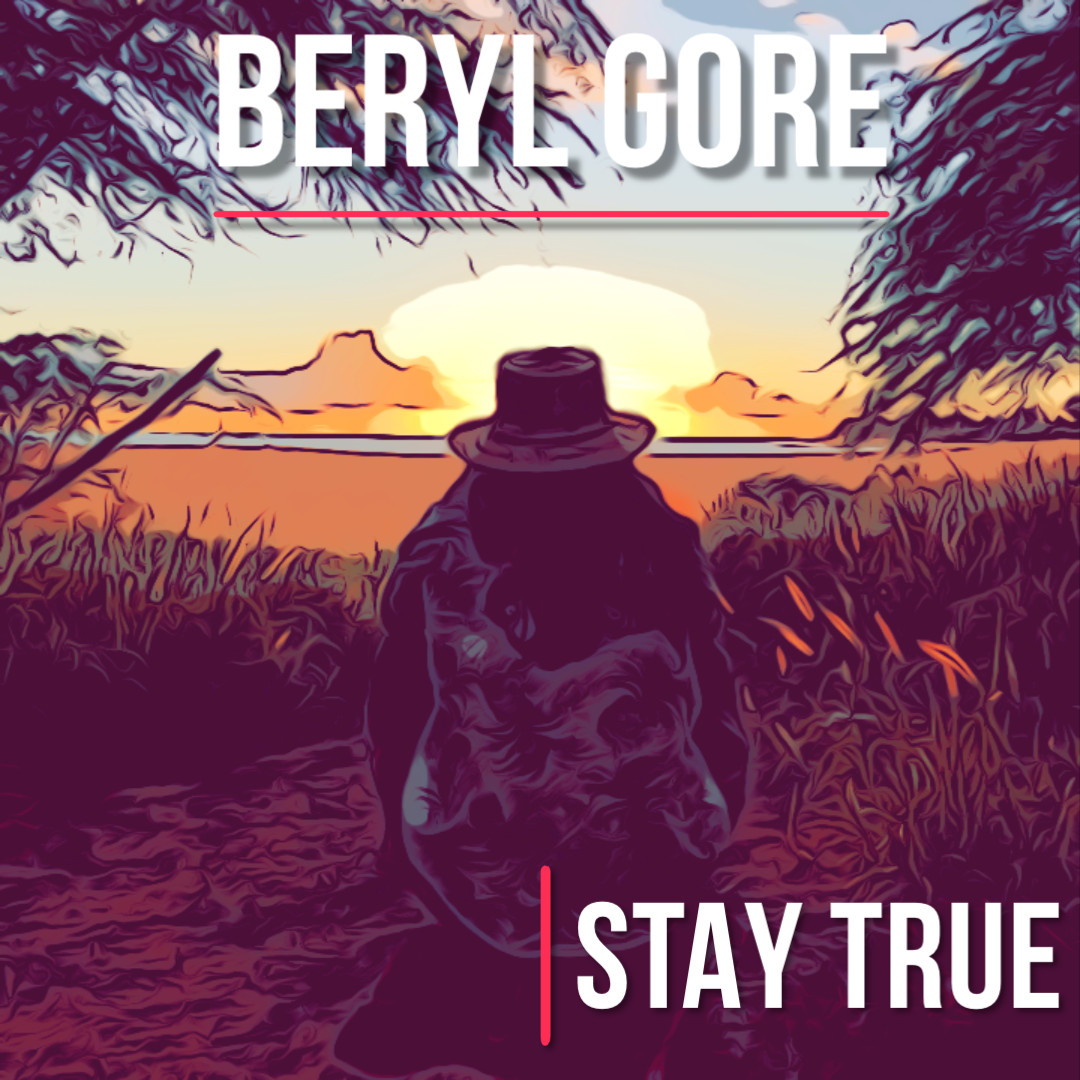 I pursued being a singer/songwriter because it has always been my way of letting out what I need to say. It is my way of expressing myself. Read more>> 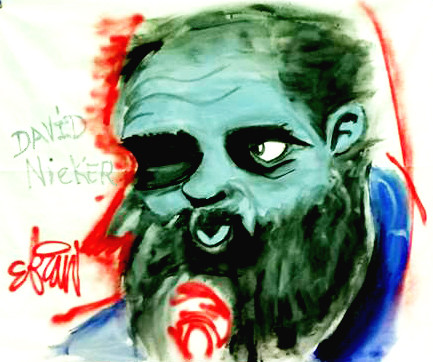 I guess the simplest answer to this question is I never had any interest in the maths or much in the sciences, and I have always been encouraged to express my creative talents. In my day job, I work as an advertising and marketing creative, a copywriter. I make products and services sound great, but there’s not much chance to say what I want to say. I always hoped that someday I would be able to parlay my ability to write ads into writing jokes, and once I realized that it would only happen if I tried to make it happen, it seemed like an obvious choice. I love writing ads but I want to laugh and make people laugh, too. So I pursued an artistic or creative career because it was what I thought I was good at, but I became a stand up comic because I could no longer not do it. I like freedom of expression. Read more>>