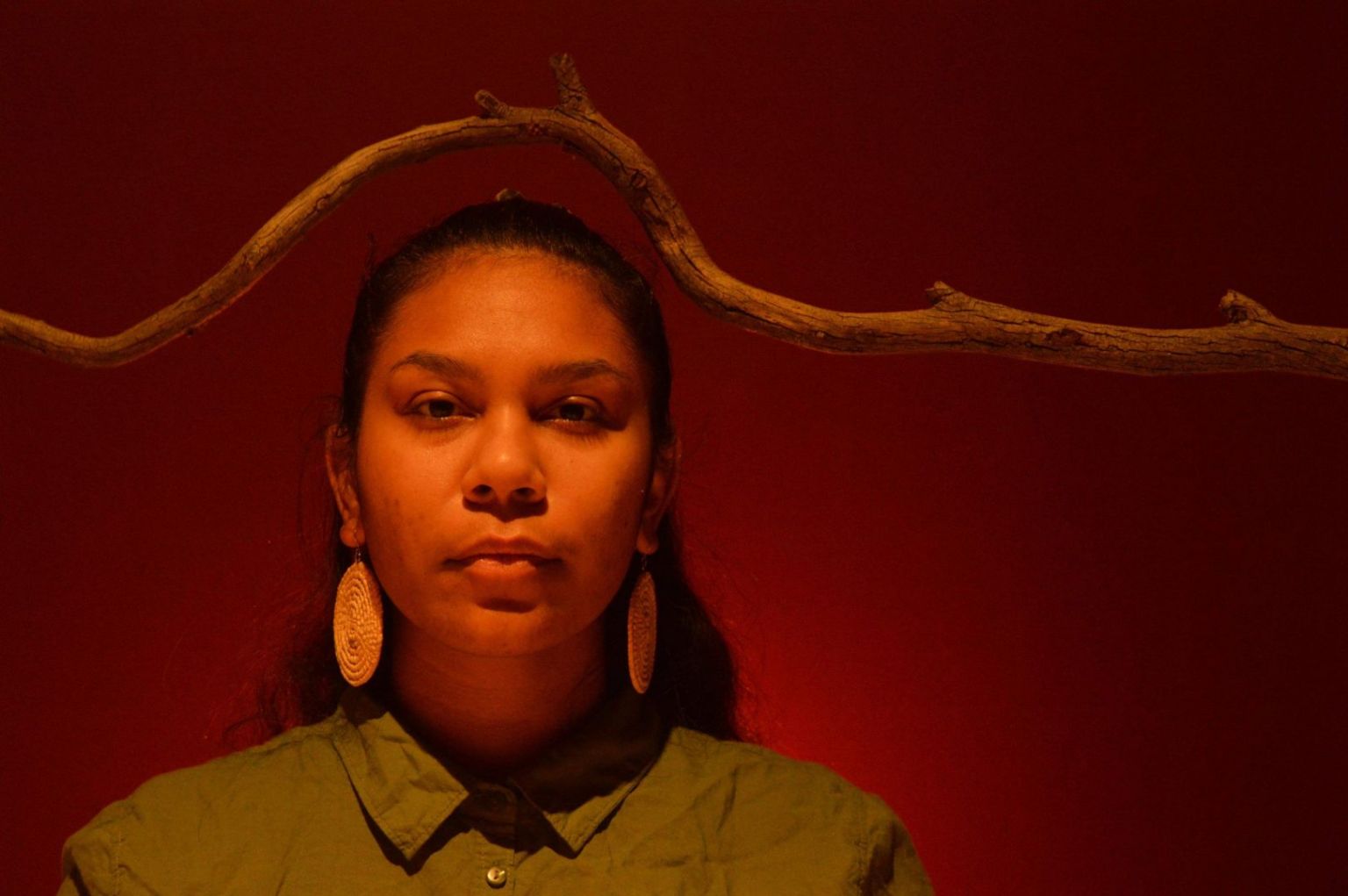 Many things factor into why I chose the Arts. Being a First Nations Australian it’s something that I am born with. To keep it short, as an Indigenous person, we look at the way of living as a piece of string. The string is made up of many threads; these threads are what make us, us. One thread is music, one is dance, art, knowledge, Lore, community, etc. All of these threads have a purpose in the string and we are the string. In saying that, my choice to become an Independent Artist was organic. The Arts and Creative pathways is an outlet for many voices, I use my voice for my people and the injustices that are done to not only them physically and mentally, but for the lands on which we live. To sum it up, I chose this career to have a voice. Read more>> 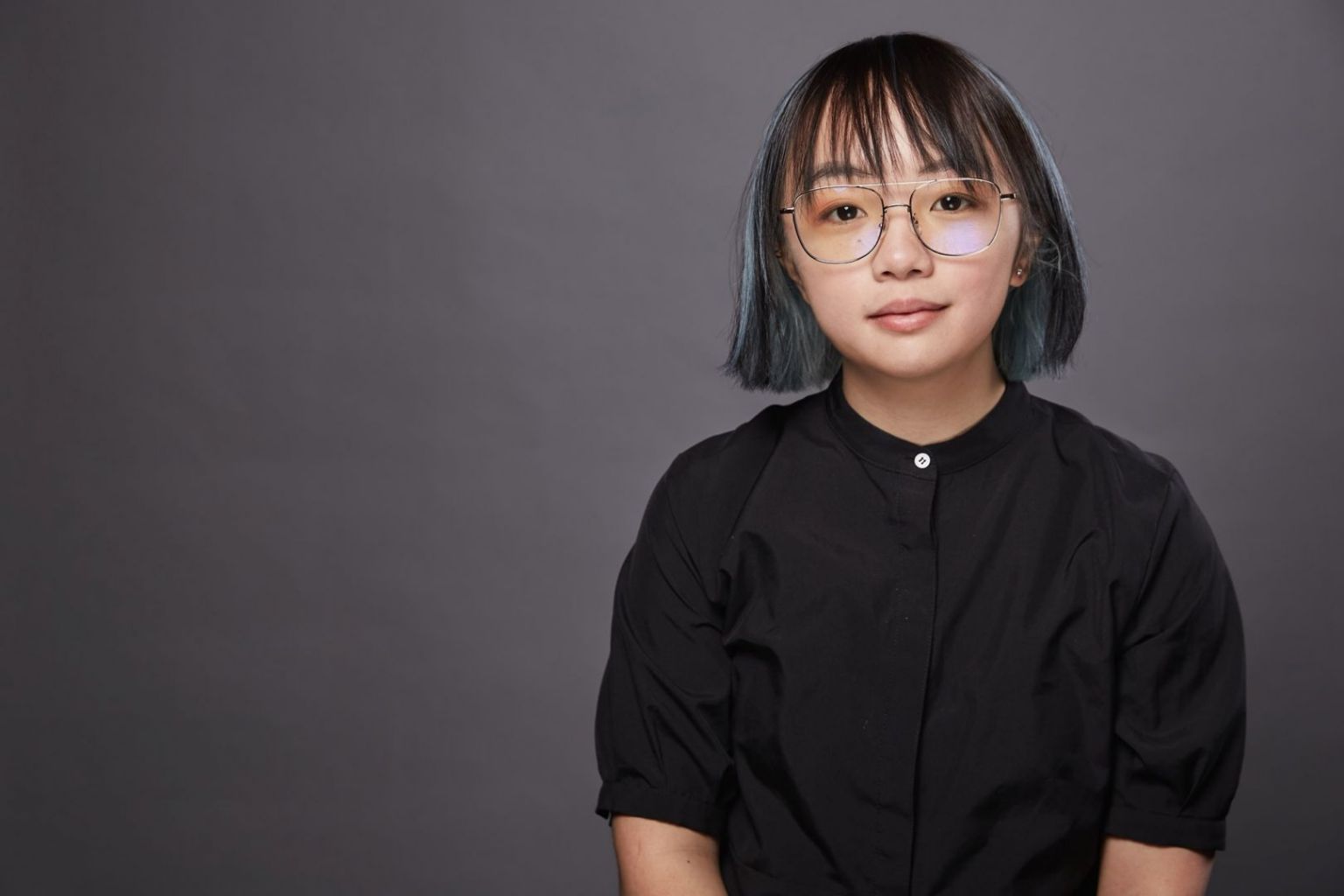 My mom always brought me to the film when she had a fight with her husband. Film was a shelter for me from the harsh reality. I could be in the middle earth, could look forward to get the letter from an owl at my 11th birthday. Being a production designer for me is the most closet career to my child’s dream. I can never be inside a film, but I can design the world for it. Read more>> 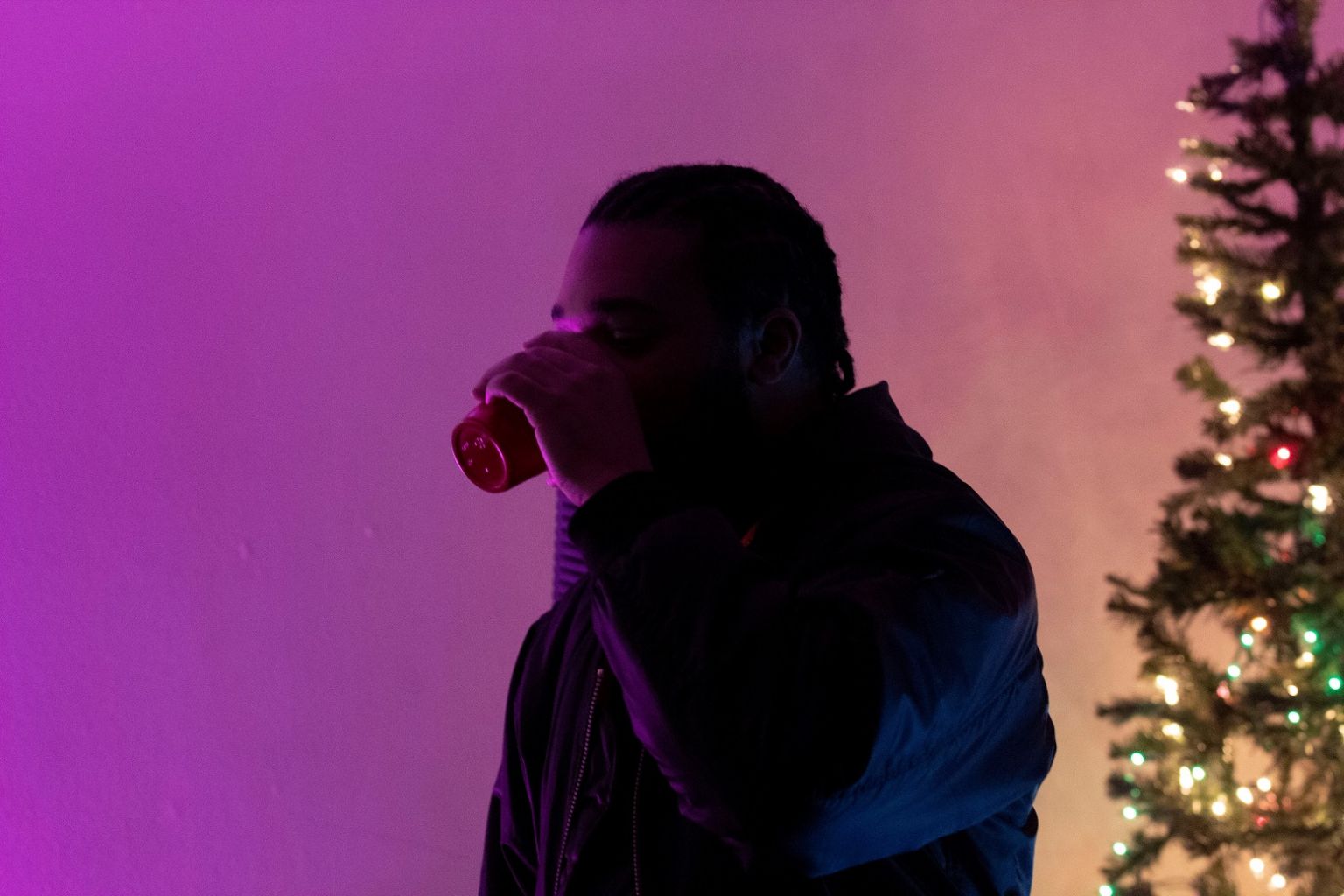 When I was younger I struggled with expressing myself verbally. Then my older brother introduced me to music. I had a semi troubled childhood so with a lot of baggage/things to say. Over time of honing my craft, it just became natural for me to express myself artistically/creatively. Read more>> 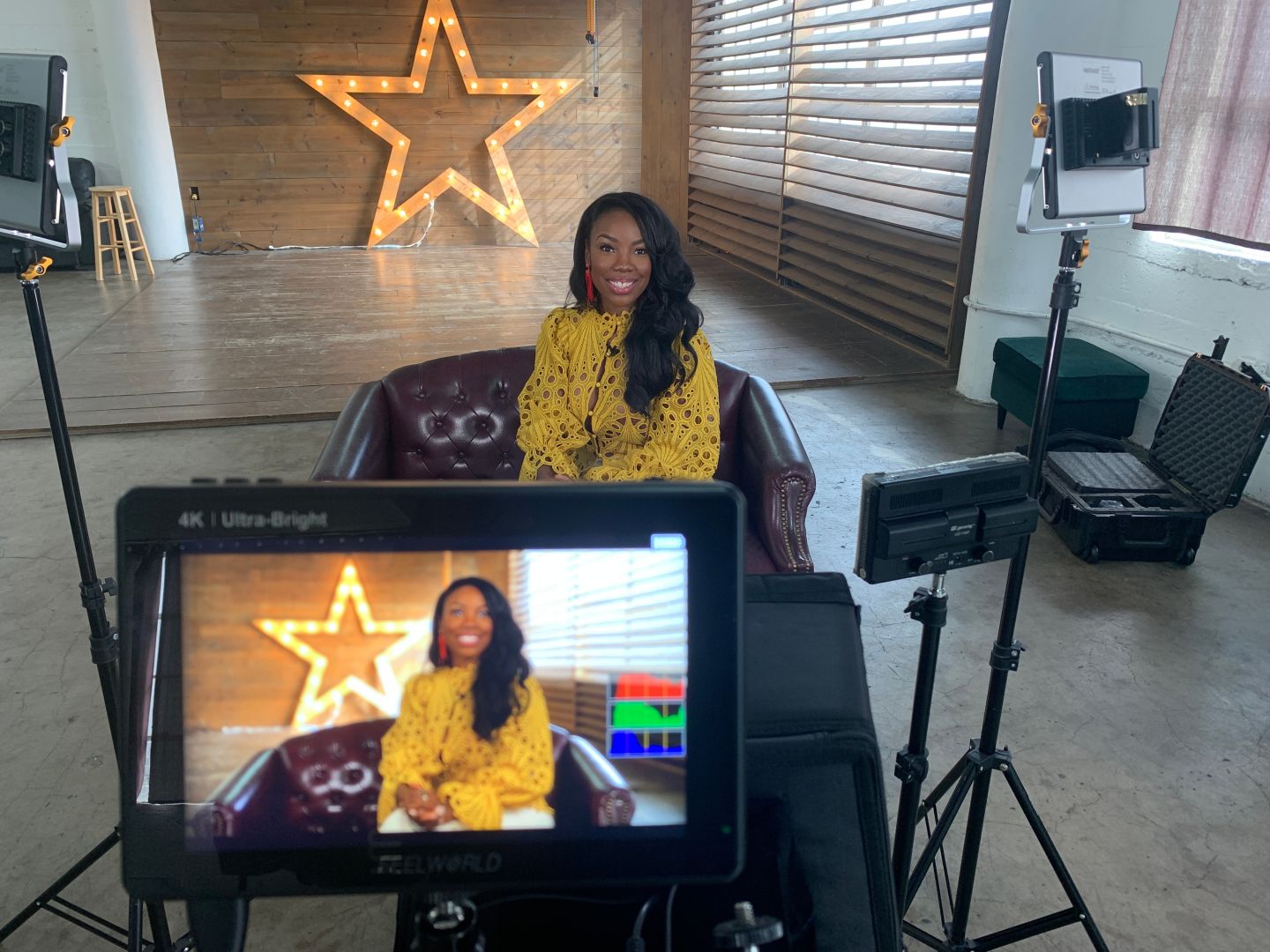 #God and #HBCULove. Look, I know Howard University gets a lot of props for their theatre alumni like Chadwick Boseman and Taraji P. Henson, but Florida A & M University boasts of strikingly talented stars too. For example, Will Packer and Anika Noni Rose. It is where they placed their feet on the highest of seven hills in Tallahassee that my passion as an artist was developed. The FAMU Essential Theatre put on a phenomenal production of “Dearly Departed” my freshman year and I instantly fell in love. I saw it twice! Spoke to the director, Luther Wells after the show and the rest is history. Now, prior to this I only flirted with theatre in passing and later dated him during my senior year of high school. Read more>> 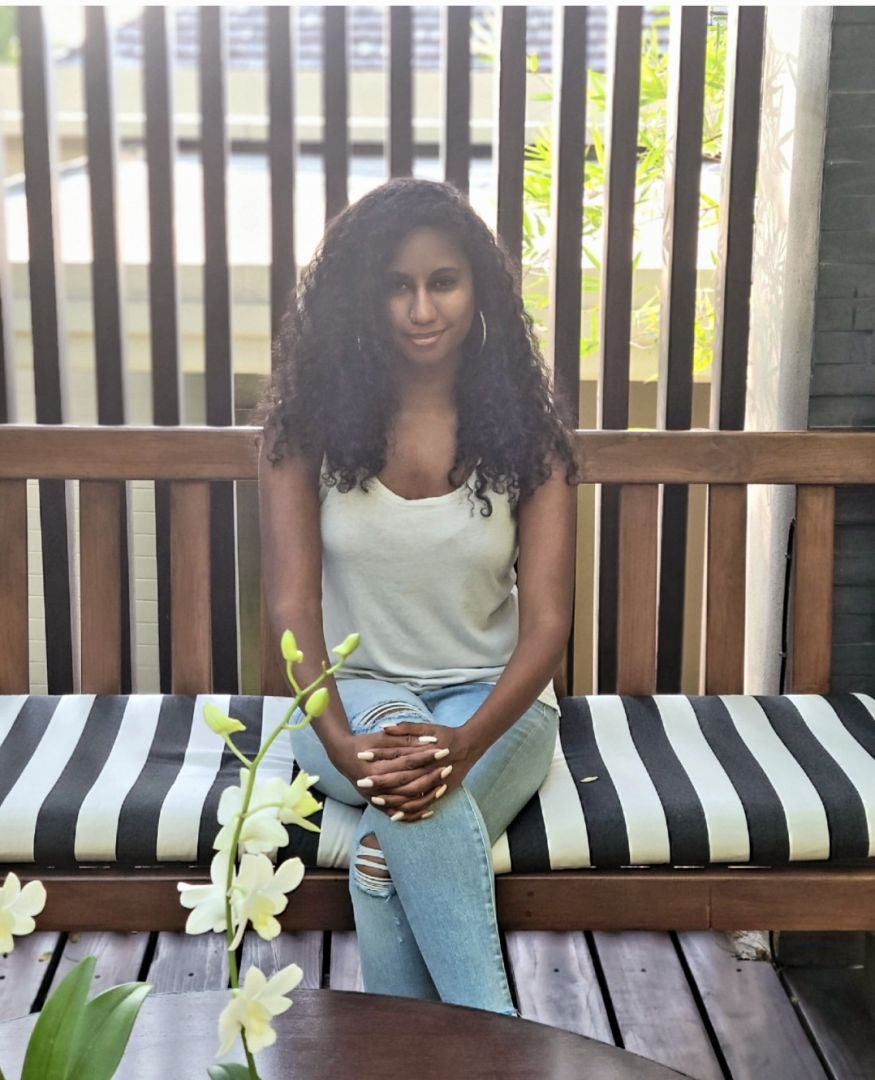 I was raised with the mindset that in order to make a meaningful impact on the world, I must become a lawyer or doctor however after many years of following this path and working mundane jobs, I could no longer deny the passion I had for the arts. Growing up I always had an inclination towards creativity writing, singing and playing five instruments, art was a major part of who I was. I fused my love of music with visual storytelling and starting directing music videos. Although this helped to develop my creative eye, I still yearned to do more. I wanted to tell compelling stories that reflect the human condition and therefore decided to attend film school. Read more>> 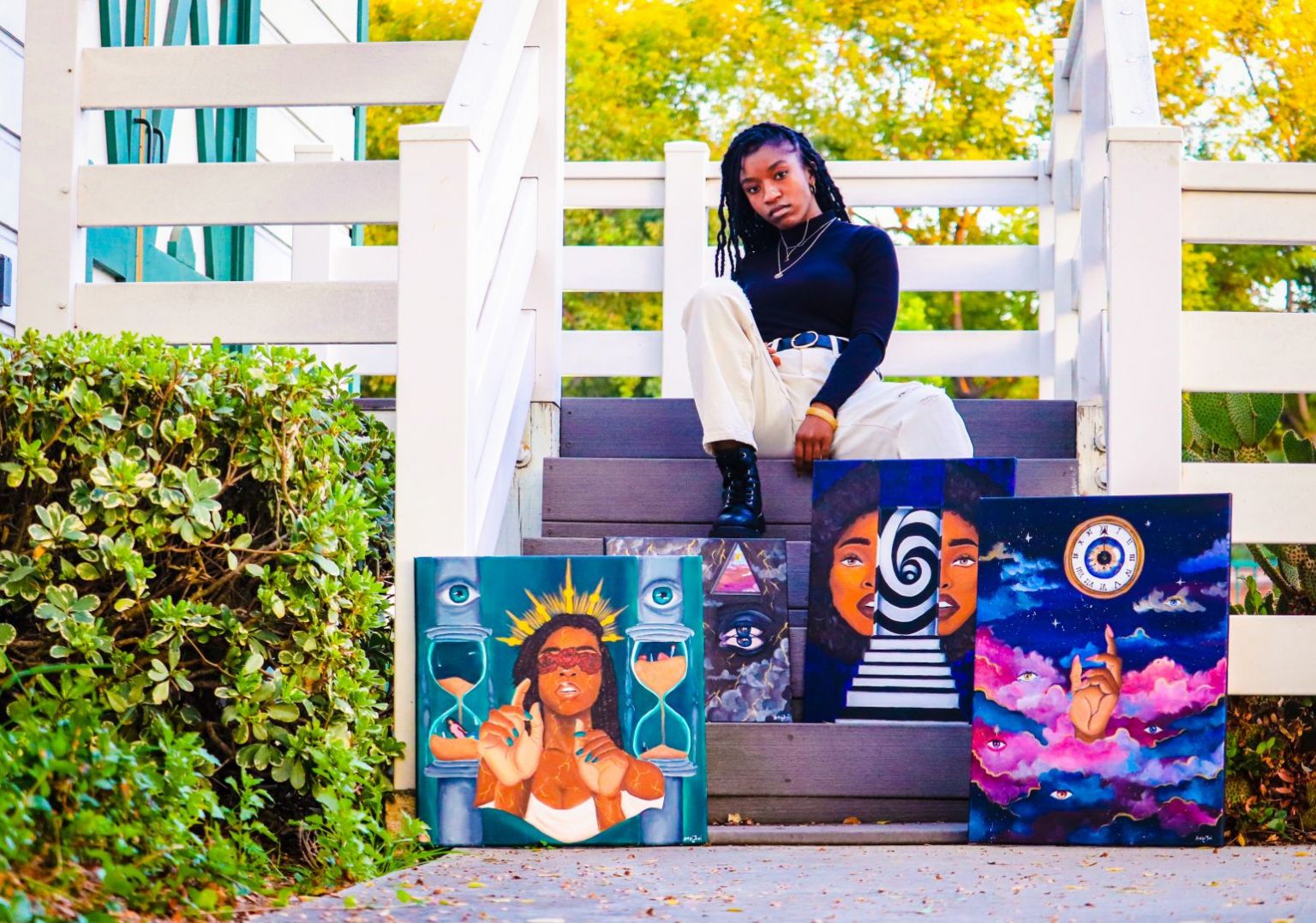 I started painting at the end of 2018 as a way to cope with my anxiety, depression, and panic attacks. I started going to therapy and we were trying to figure out what hobbies I could do that would help alleviate my anxiety. I remembered attending a paint party a couple years prior where I felt very relaxed ,so I decided to take on painting. I originally started sharing my art to let others know that they were not alone in their mental health struggles. Although I saw so many amazing artists that were succeeding in sharing and selling their art, I never thought that I could pursue a career in it. Read more>> 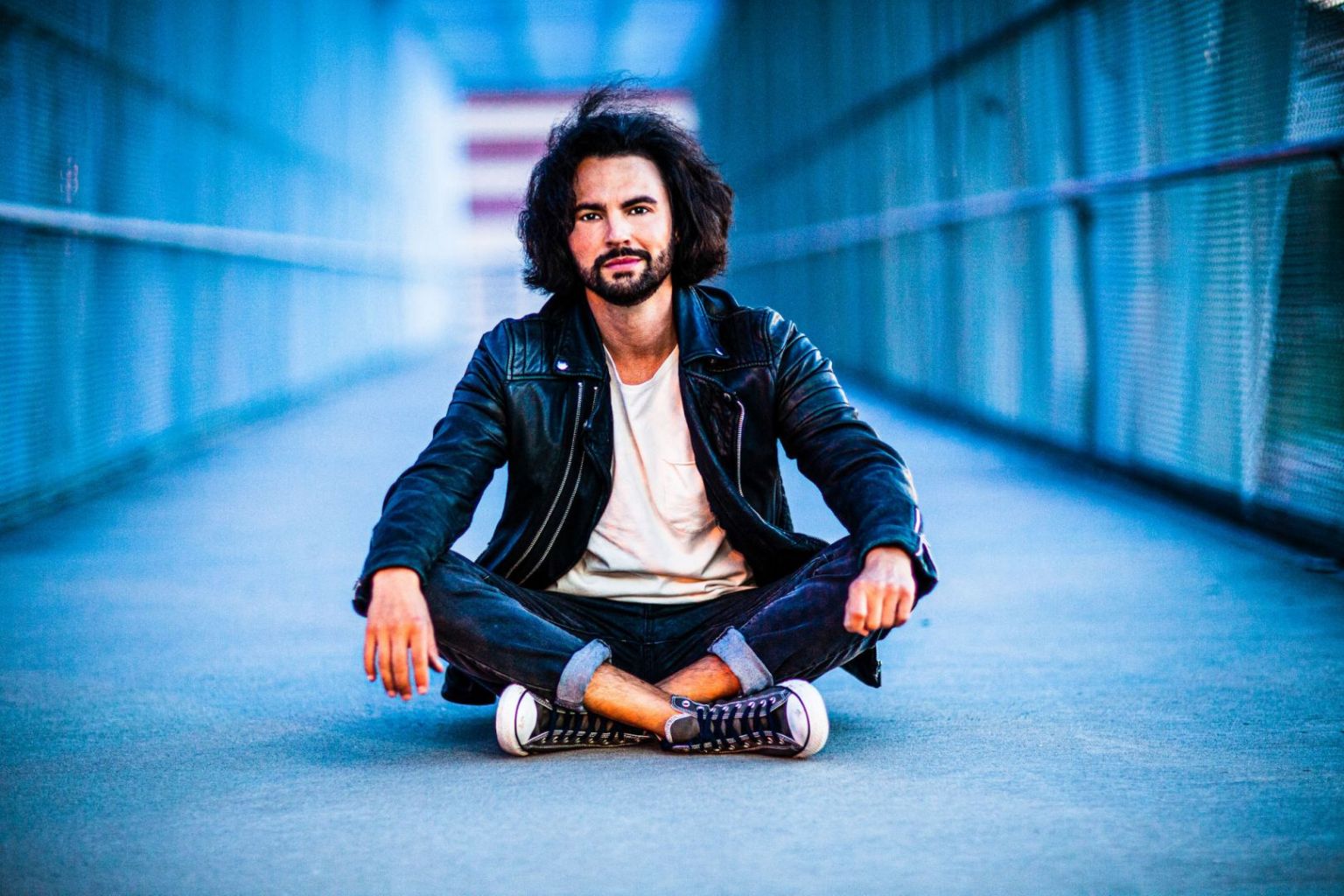 First and foremost, and any professional musician will agree, you don’t choose music, music chooses you. When I realized at a young age that I had a degree of talent and an insatiable passion for learning my instrument, there really was no other path for me. I grew up in Long Island NY under a house of thespians, so my environment certainly impacted my choices. I knew I wanted to be doing music in some capacity for the rest of my life, I just didn’t know exactly what that was. Because my parents were both performers, I was told that if I wanted to make a living in music I needed to be on stage. So with that in mind, I channeled my passion for both singing and jazz piano, put a quartet together at 15 years old and started playing around NYC. Read more>> 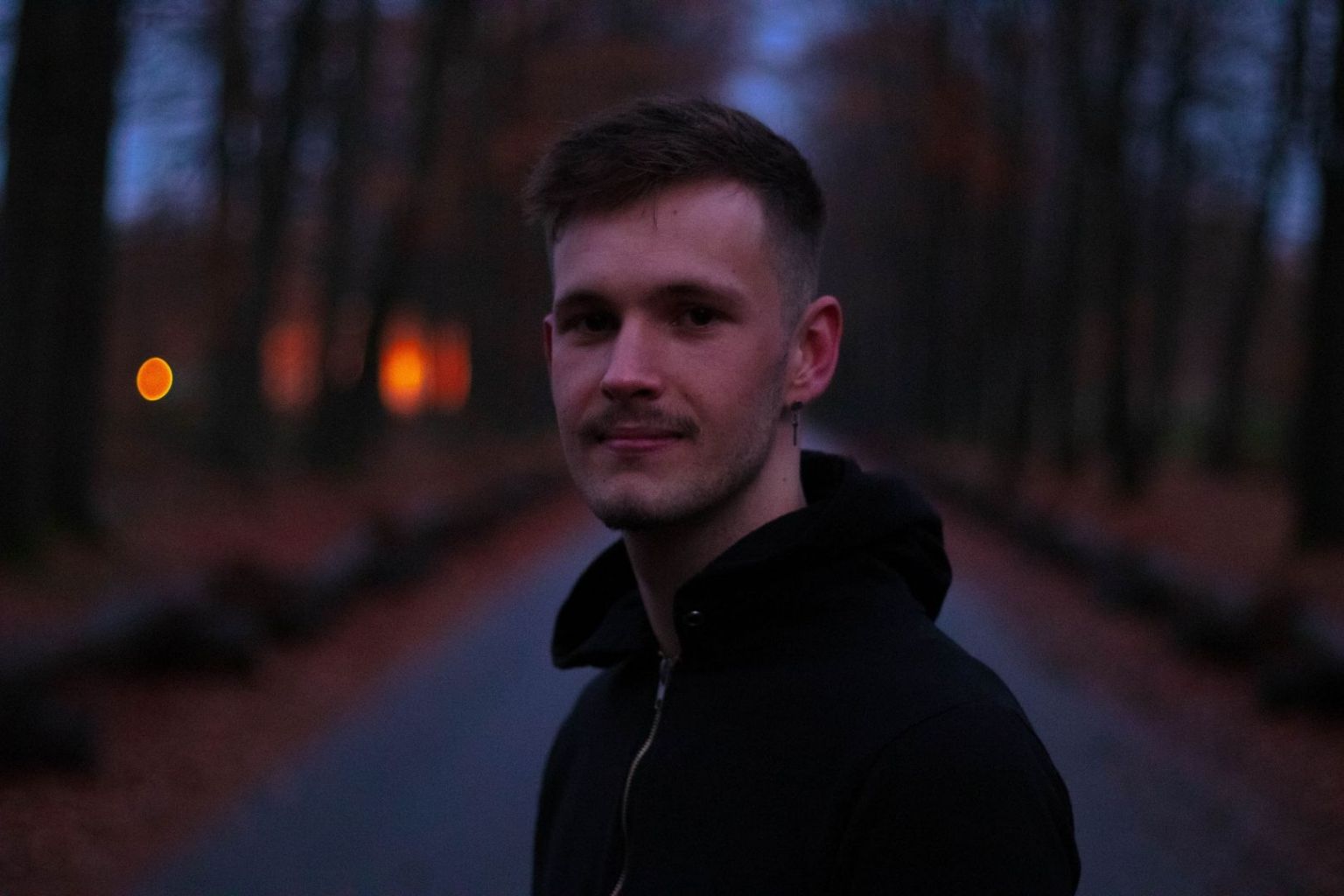 Music started for me as a hobby, a way to express myself. I started making music when I was 15 years old and still living in Africa. I lived in countries such as Cameroon, Senegal, Mozambique & Mali. My musical journey started in Mali. At this point in time, I started listening to Electronic Dance Music, and I just couldn’t get enough of it. This was when I also realized how fun it would be to make my own songs. I didn’t know where to start, so I just spent months looking up tutorials on Fl Studio, which is the DAW I currently use and have always used. Read more>> 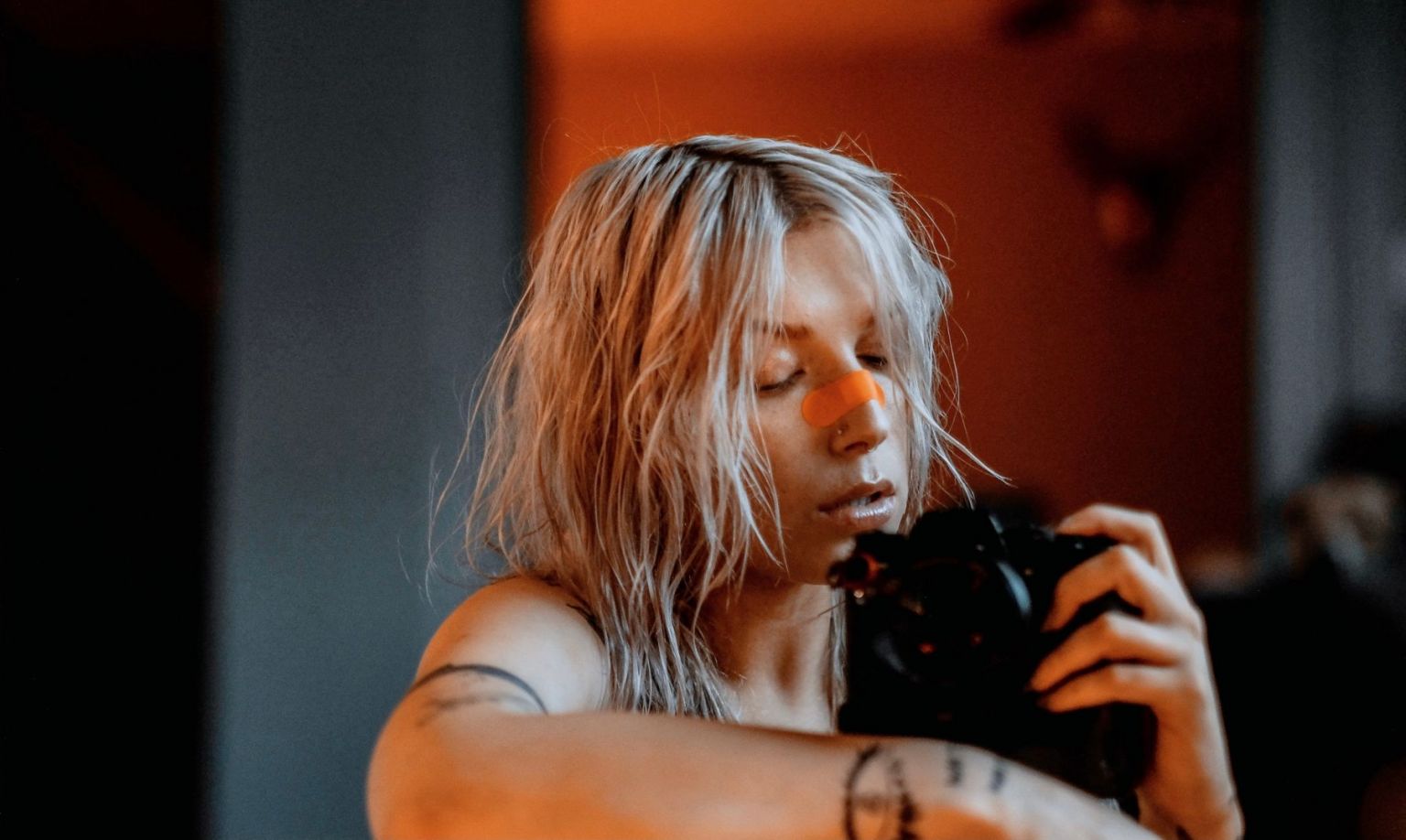 A creative career has always felt inevitable to me. Even in non-creative jobs leading up to truly embracing my own work, I approach everything from an artistic angle – at times to my own downfall. I’ve found often a career in art is seen as an intangible, far-off dream. The “starving artist” persona is an all too familiar cloud hanging over too many creative’s heads. While this stigma is slowly dying and we see more and more artists coming into their own in sustainable ways, fear has a funny way of being quite sticky. Read more>> 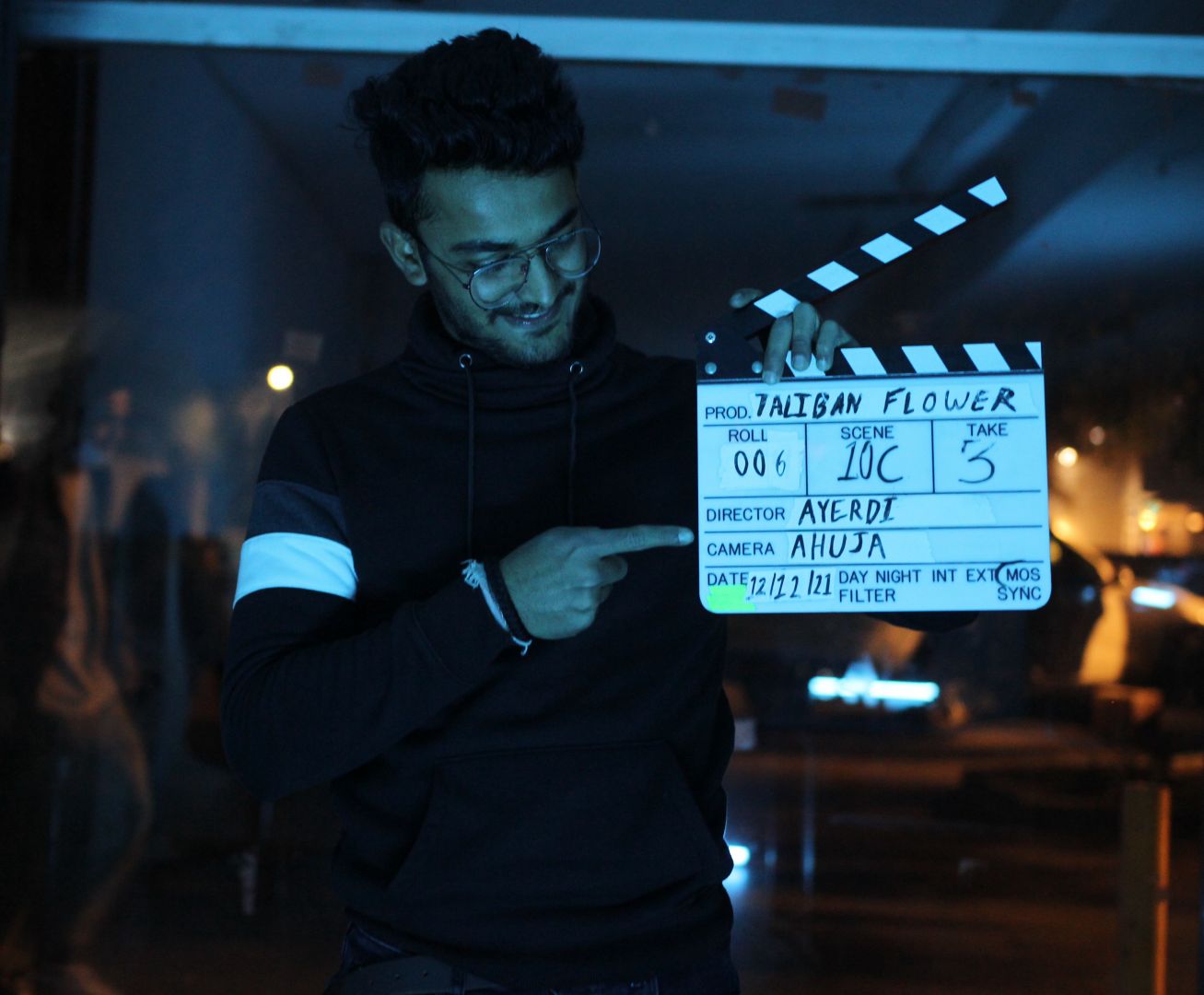 It keeps me going. It’s not a desk job that a personality like me would eventually get bored of. There is sense of urgency, risk and passion involved in every story and with every director I work with in the capacity of a Director of Photography. Plus, what one can do with a thirty second video (if made right) cannot be done with any other medium. You can strike emotions which can influence someone’s rest of the day or maybe their entire life, you never know. Hence, I chose a creative career which is so powerful to influence not only one person but the masses. Read more>> 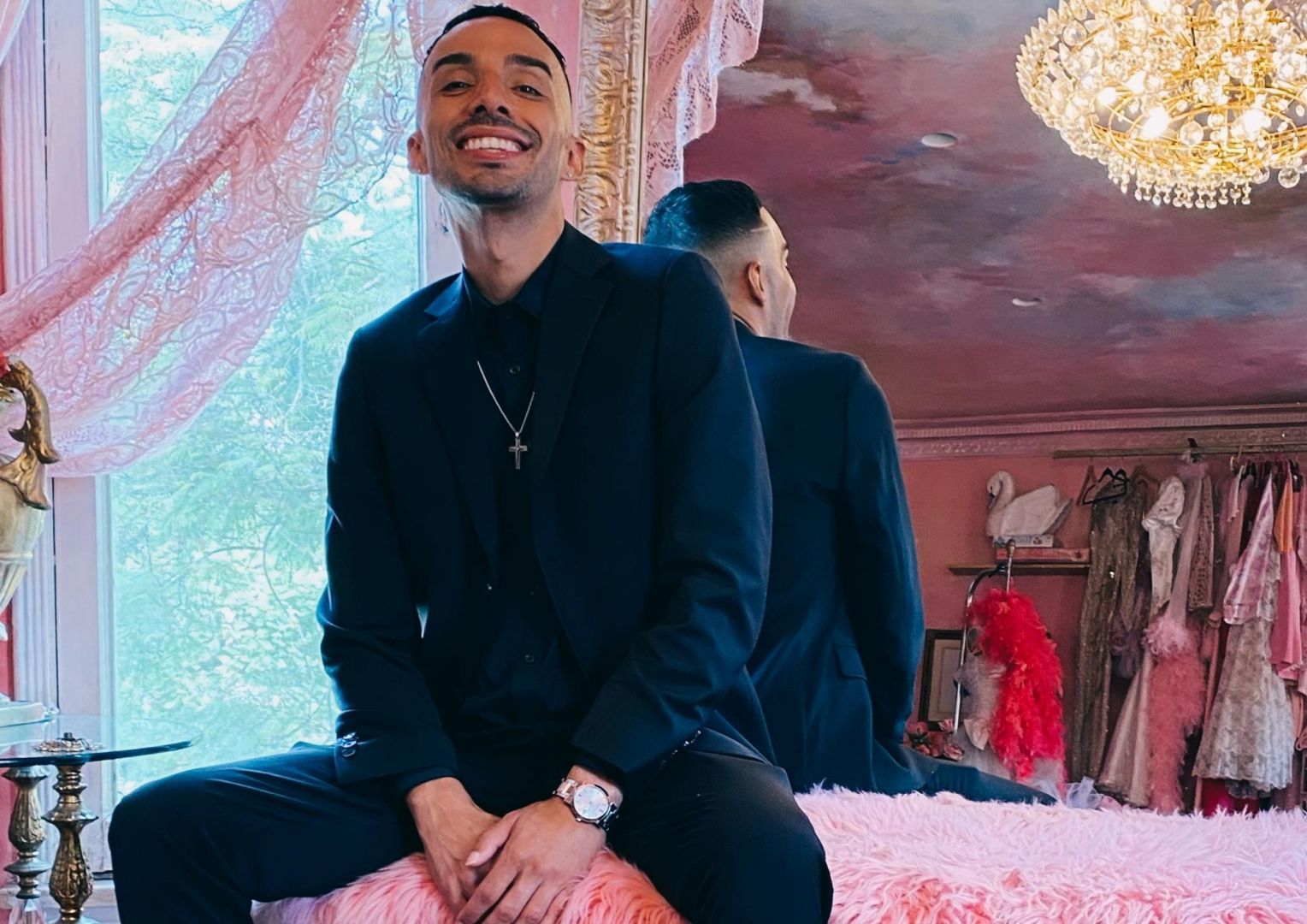 Pursuing a creative career was something I always knew I wanted to do from a young age. I began dancing at the age of five. Growing up with a speech impediment, being creative helped me express myself and build confidence in ways I could not do with speech. I have warm memories of my childhood and watching my mom dance and enjoy music while cleaning. Many times I would join her and we would have a dance party anywhere in the house. Those experiences made me realize that I wanted to make others feel the joy I felt during those times. I was often told pursuing a creative career would not bring me success because it was considered a hobby. Still, nothing gave my life more meaning than expressing myself through music; it helped me escape from reality during life’s toughest challenges. Read more>> 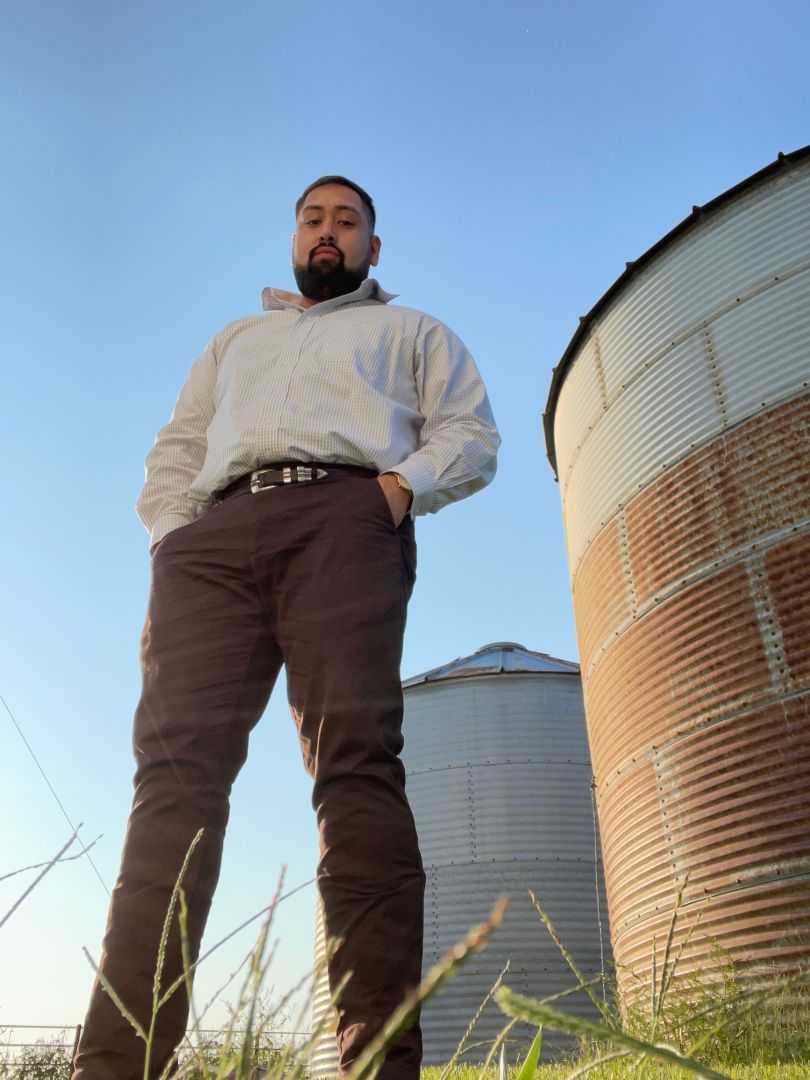 As a young kid, I always found happiness in drawing. At the time it was just pokemon and animals but I loved the idea of being able to create something out of nothing. There was always a great sense of accomplishment when I would finish a drawing. During my school years, I was an ok student but where I excelled the most were in the art projects. I was always able to be passionate about those projects because I was free to dream and explore my creativity. Read more>>