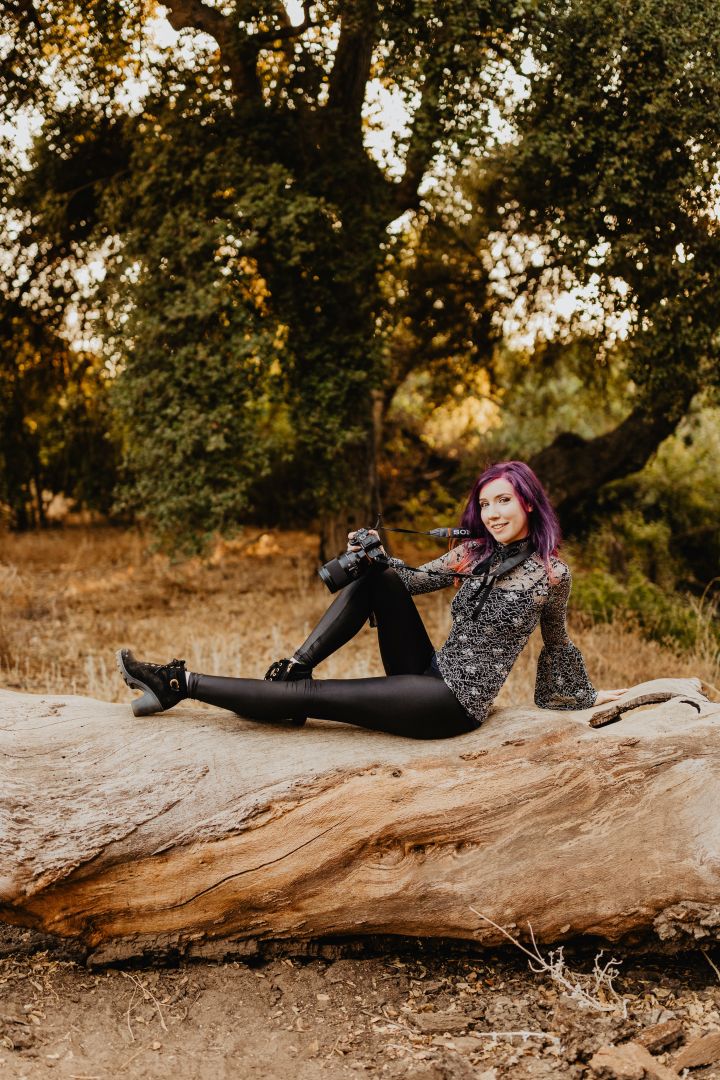 I have always been artistically inclined, with my mother fostering my creativity since I was very young. I was drawing before I could write. I, myself, knew I would want to do some kind of art for the rest of my life pretty early on. However, it wasn’t until I was 10 years old that photography really landed on the map for me. I was given my first camera at that age, having never been introduced to photography before. That act certainly ignited something in me. I remember running around photographing everything I possibly could with my little red Target-brand point-and-shoot camera and how proud I was of some of the shots I got back then. I hold the philosophy that if you have a sincere passion for something, then that is what you’re meant to pursue- no matter how difficult or tumultuous the endeavor can be. Read more>> 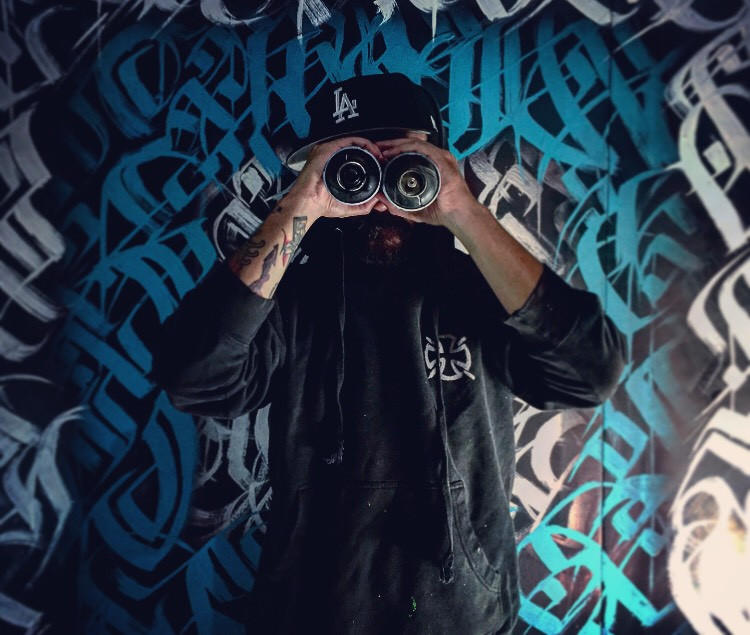 I’ve been surrounded my the skateboarding and street culture since i was a kid. As many other kids out there we want to either film the same videos that we use to watch before skating, shooting magazine photos or design skateboards graphics. In my personal case i picked the 3 of them and as an adult i thankfully made a living of this. Read more>> 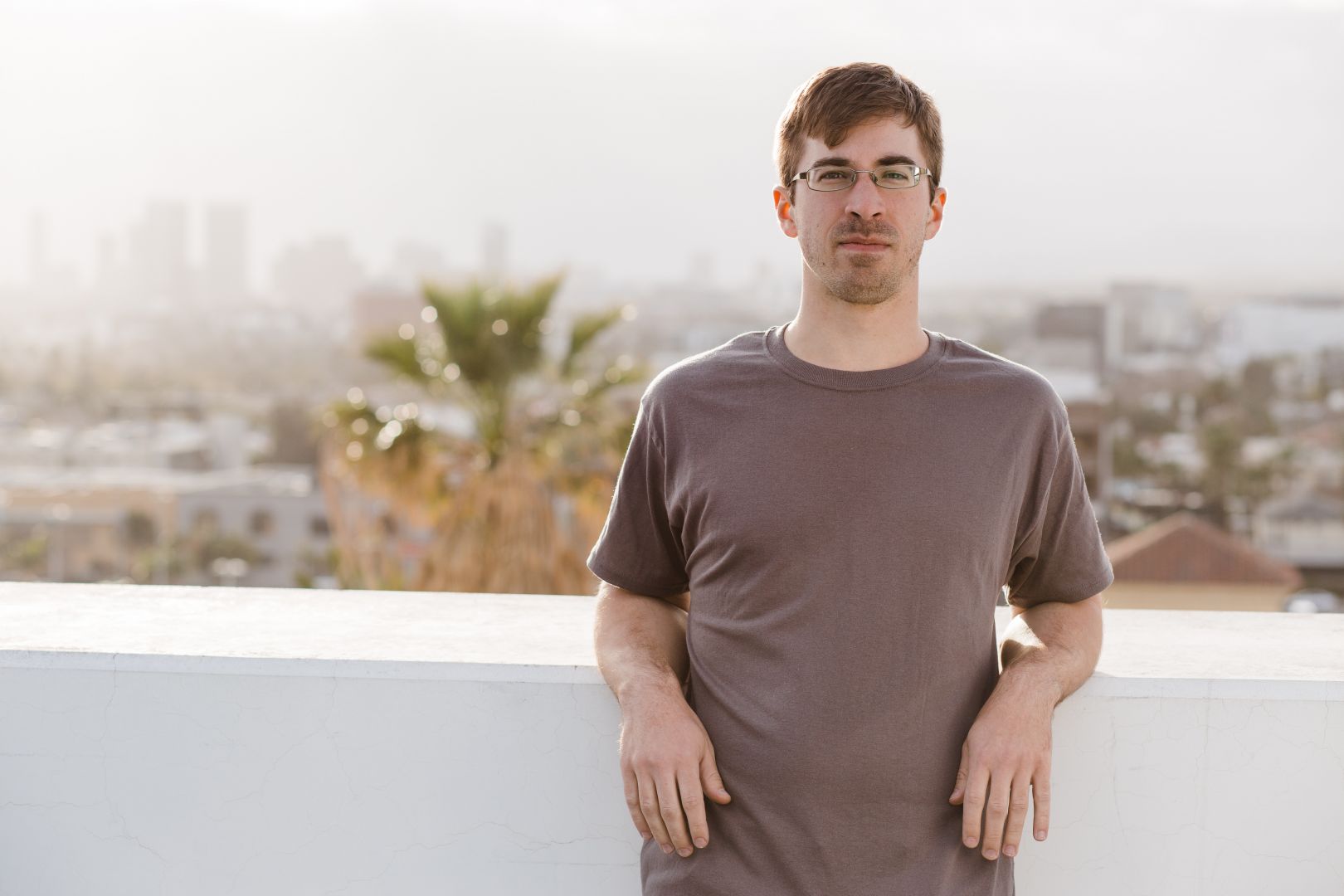 Music has always been a big part of my life. Growing up, my mom played piano, my dad played guitar, and they both sang. I began taking piano lessons when I was 4, and my siblings soon followed suit. I took note of film and video game scores and tried to transcribe some of those themes by ear in middle school. In high school, I joined band and choir, and my brother and sister were in the school band. Someone was playing, singing, or listening to music in our house daily. I recognize that not everyone has the privilege of studying music from such a young age, so I consider myself lucky to have been born into such a musically-inclined family. When talking about what we wanted to do after high school, a friend told me, “If you don’t pursue music, it’d be kind of a waste.” All this combined with my affinity for the piano led me pursue a B.M. in Music Performance at my undergraduate college. Read more>> 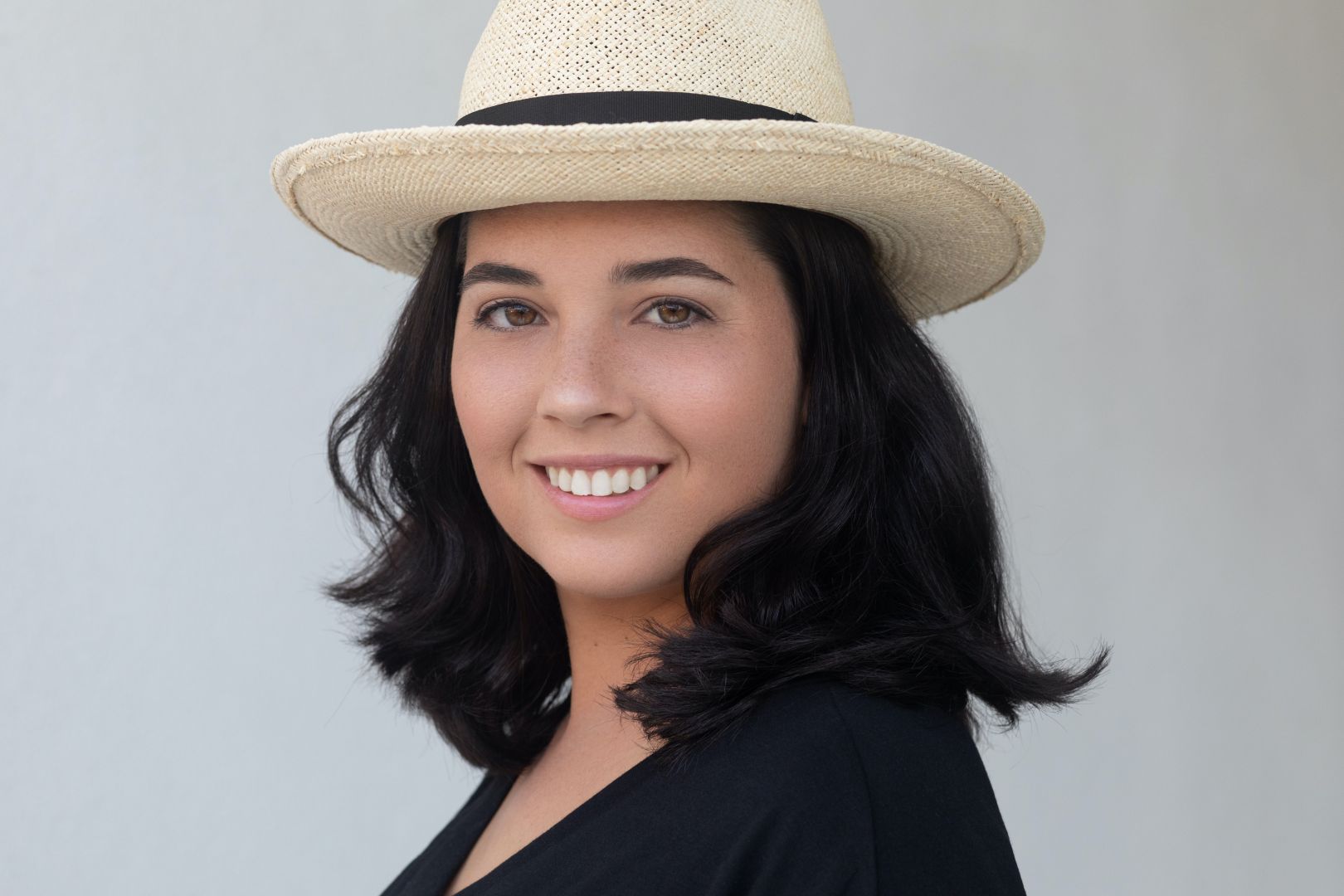 From a very young age, I had a deep desire to tell stories. As an extremly shy child, that need was met by dancing on stage. At home, I would direct my siblings in fairytale plays where we all played multiple roles and had many costume changes. I’ve always had a notebook that I would jot down poems, silly thoughts, and short stories. I was homeschooled and I feel thankful to have had the time and chance to explore all of my interests! As I got older I switched my main focus of dancing to acting and later to filmmaking. I feel like I’m still trying to find my niche. One of my favorite books The Artist’s Way by Julia Cameron quotes “Leap, and the net will appear.” I’m my best when I’m creative in some way. In my downtime, I always have some kind of arts and crafts project going. For the last couple of years, I’ve been really into botanical dyeing. It’s something that has taught me to let go of perfectionism. As the end result is usually not expected but beautiful and unique no matter what. Read more>> 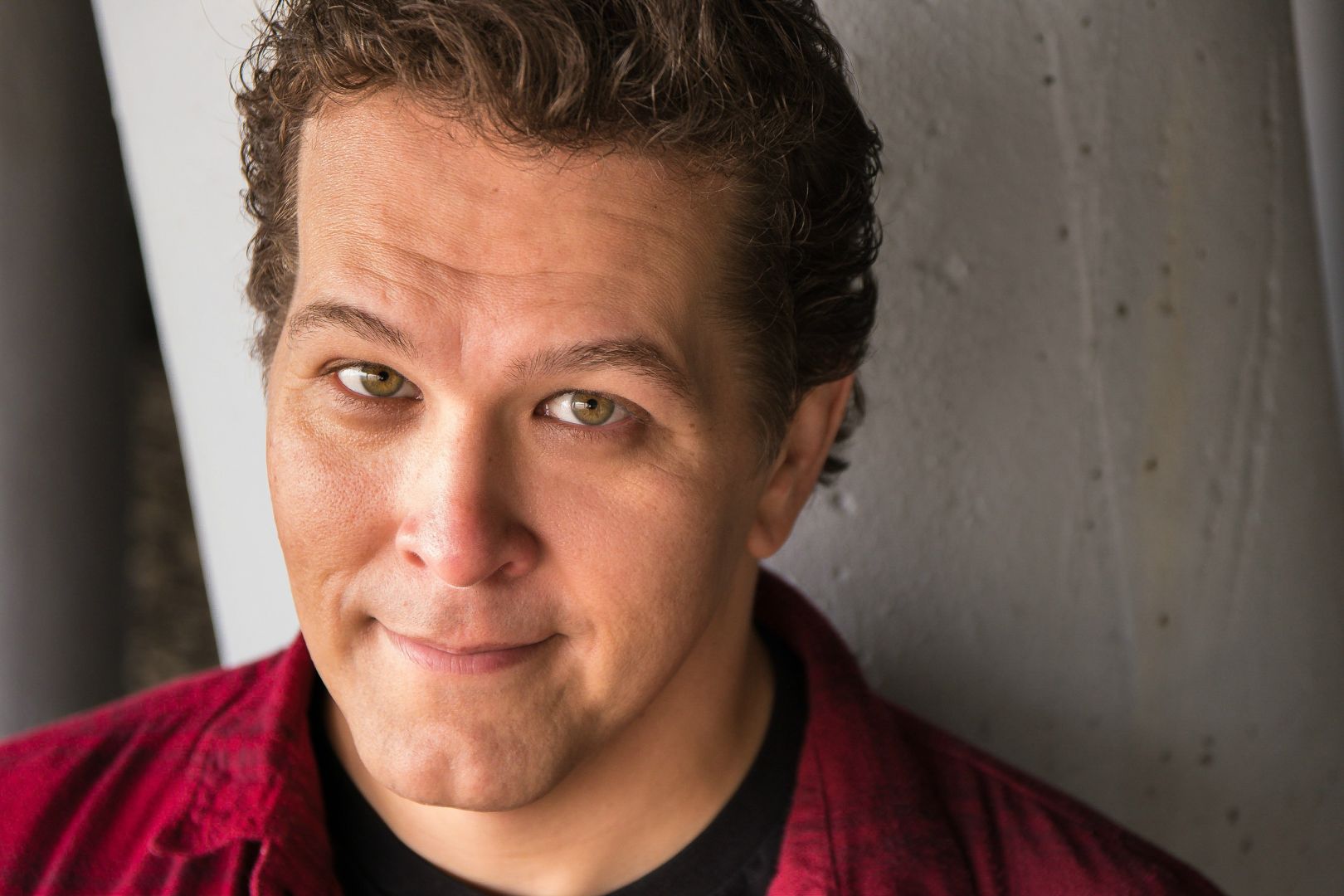 The funny answer to “why did I pursue an artistic or creative career” is “because I have no other skills.”. But there’s an element of truth to that! I never pursued careers I didn’t want any part of. I stayed entirely on target with a creative life. I believe it was Glenn Close who was asked why she was an artist and she said something to the effect of the ability to change people’s molecular makeup. If a play or film hits and her work hits the right way, it can profoundly affect an audience member’s way of thinking, emotions and more and I find that an intoxicating description that I endorse and LIVE. That’s my answer to “What do you do?”…”I change people’s molecules.” Read more>> 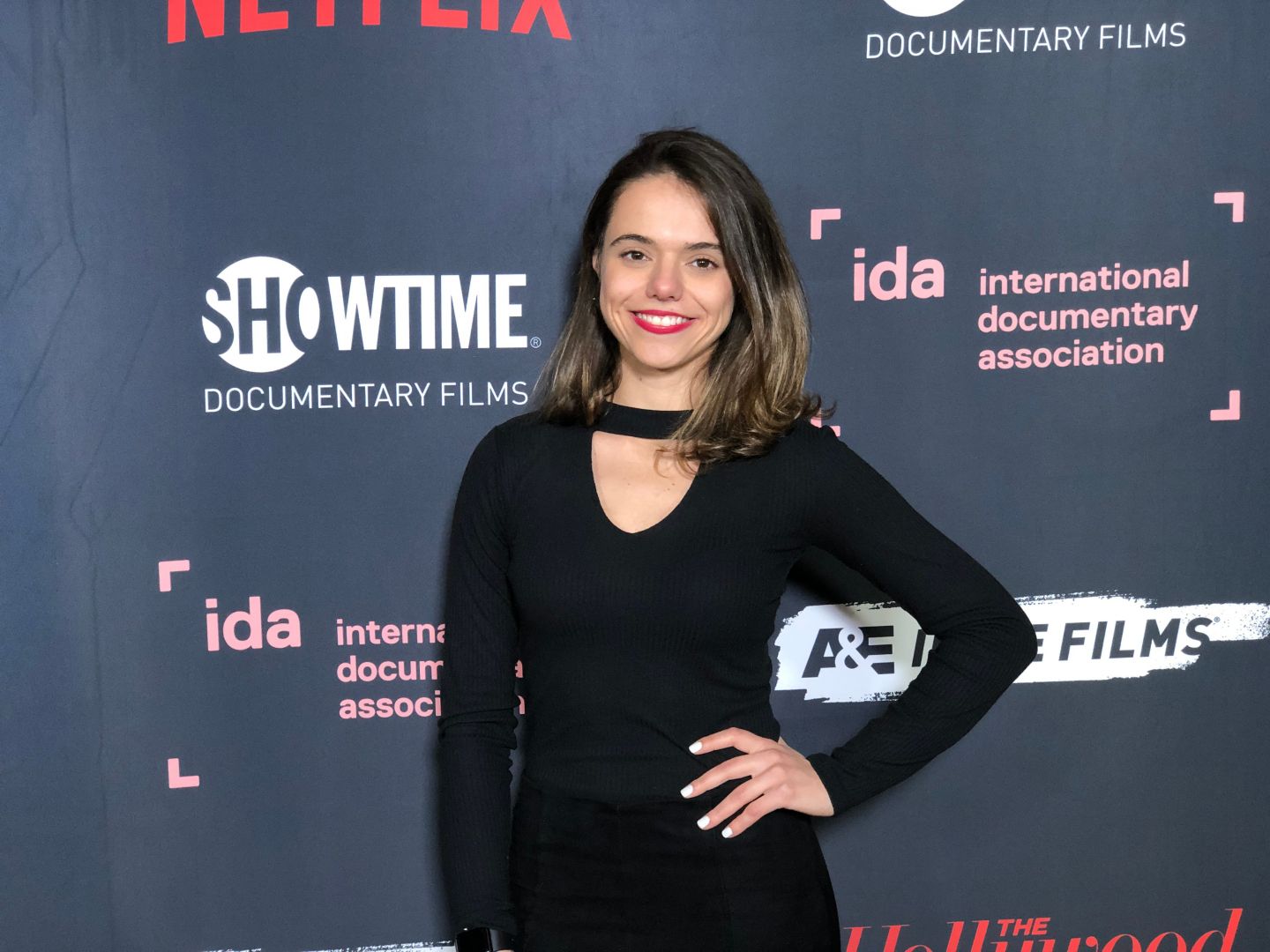 I grew up fascinated by TV shows. All kinds of shows. I’d spend many hours in front of my TV amazed by all those stories that would take all around the world and stimulate my imagination. I would thought “How cool would it be to take part on that? Tell stories. Create worlds. Connect to people through what your imagination could create”. I’ve done a good share of things in the industry: I edited, I wrote, I produced, I was involved in pre and post production, I created budgets, I traveled, I even moved to another country to expand my horizons and be part of this amazing community committed to make the world more magical. Specially in these days where we all had a chance to see how art and entertainment have a much bigger impact in our lives and that nothing should be take for granted. The entertainment industry is always changing and adapting. Read more>> 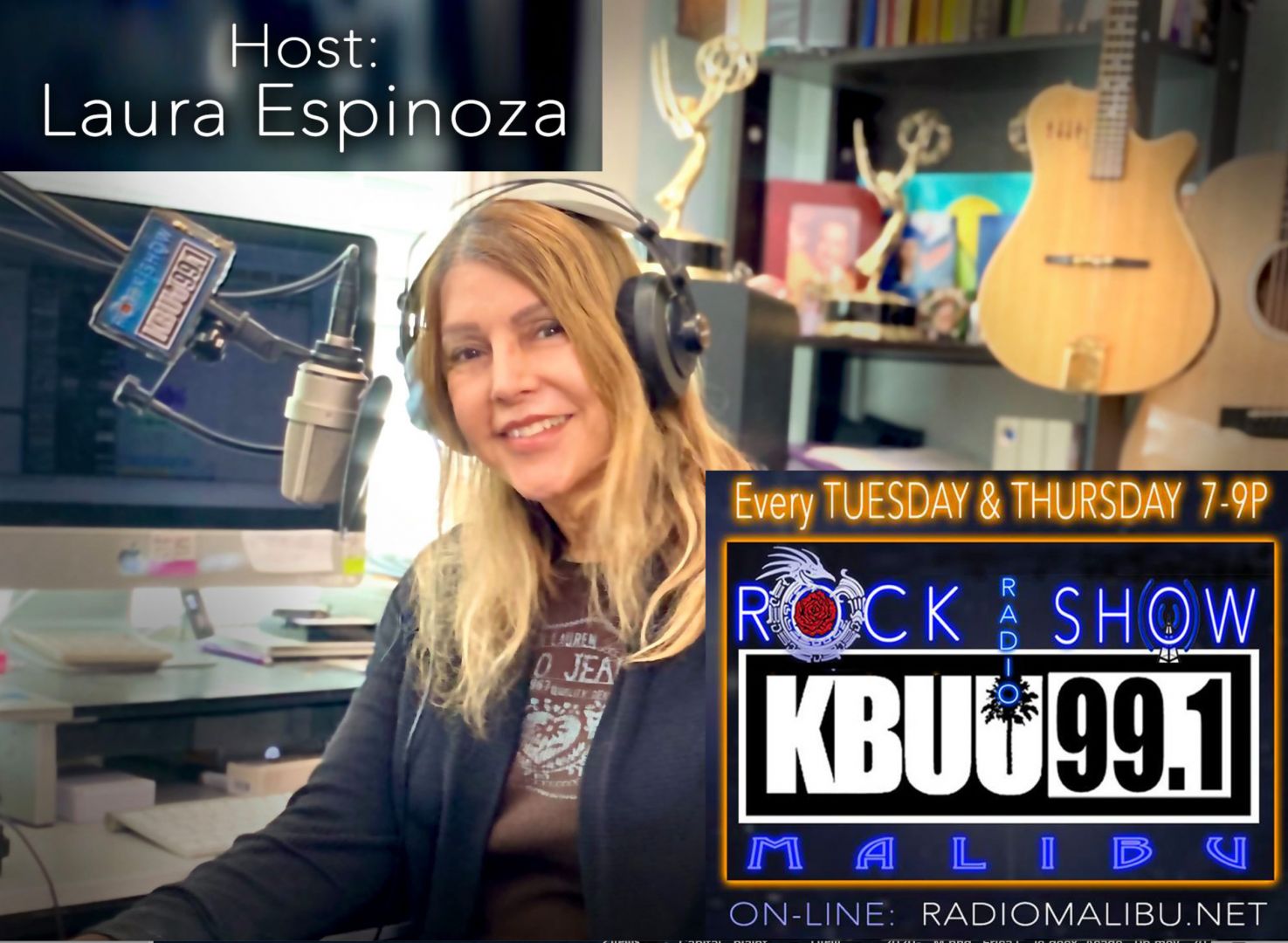 I, like so many others, was bitten by the music bug after watching my friends at Mission Viejo High School playing rock music – garage band style. I saw what an amazing artistic outlet it was for them and how it provided an escape from inner and social conflicts that so many of us faced in our teen years. Not having much money, I started out with a beat up no-name acoustic guitar with 4 strings that my sister had abandoned, but it was good enough to start learning songs from my friends. As time passed, and my playing became more solid, I became hooked to the vibrations from the guitar on my body as well as the tones that would pierce deep into my entire being whenever I played. I found writing lyrics just as amazing and soon I would start creating diaries of lyric lines that would eventually become a song or parts to one. Read more>> 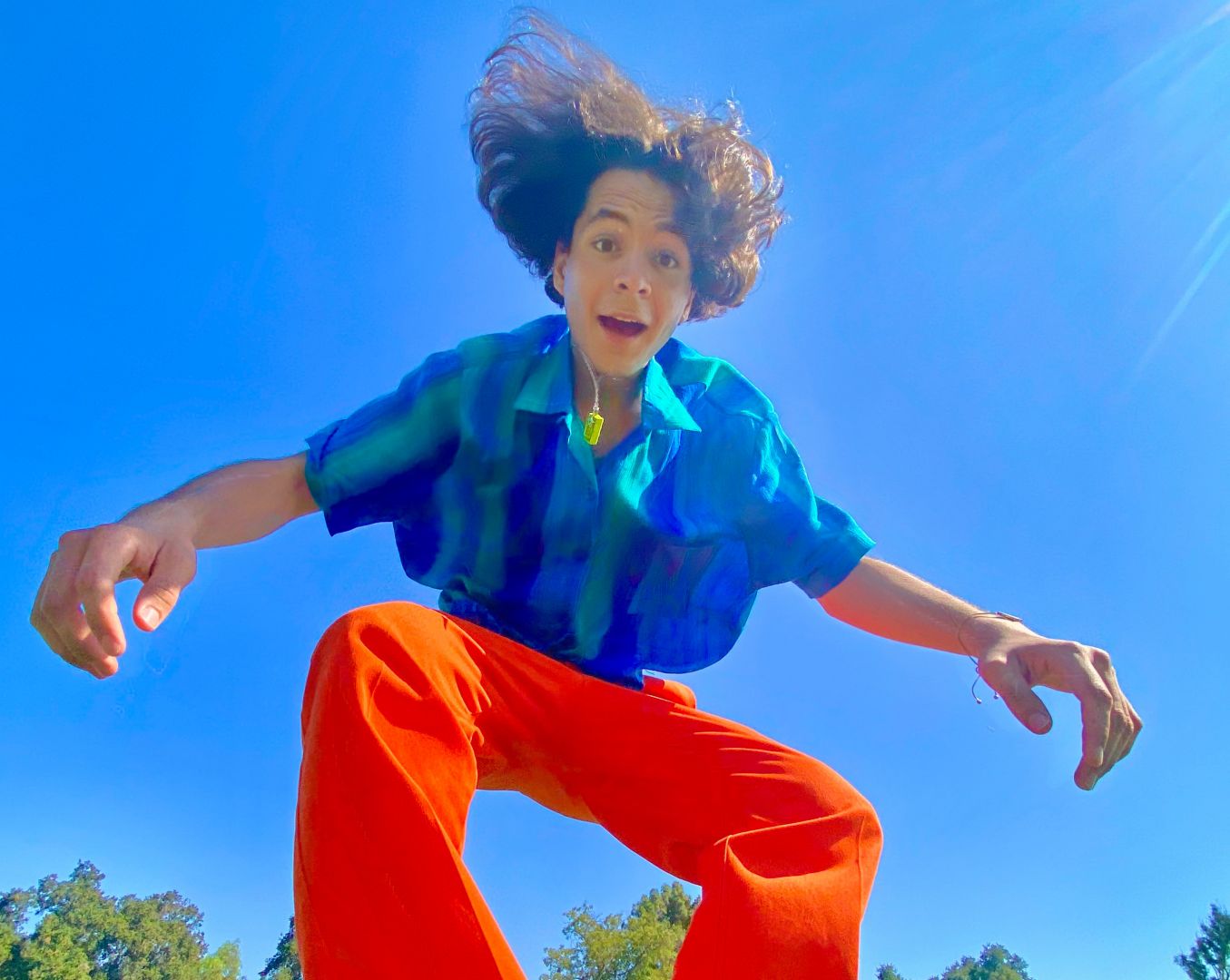 I chose to pursue an artistic/creative career since I felt like this was the only outlet that I was really capable of excelling at. It also feels more satisfying and emotionally rewarding even just the process of creating art derived from my own mind. Having a community and friends that are very supportive of my creative endeavors also gives me the motivation of continuing the artistic career path. However, I mainly make art that motivates me and I want to able to share that same emotion with others. Read more>> 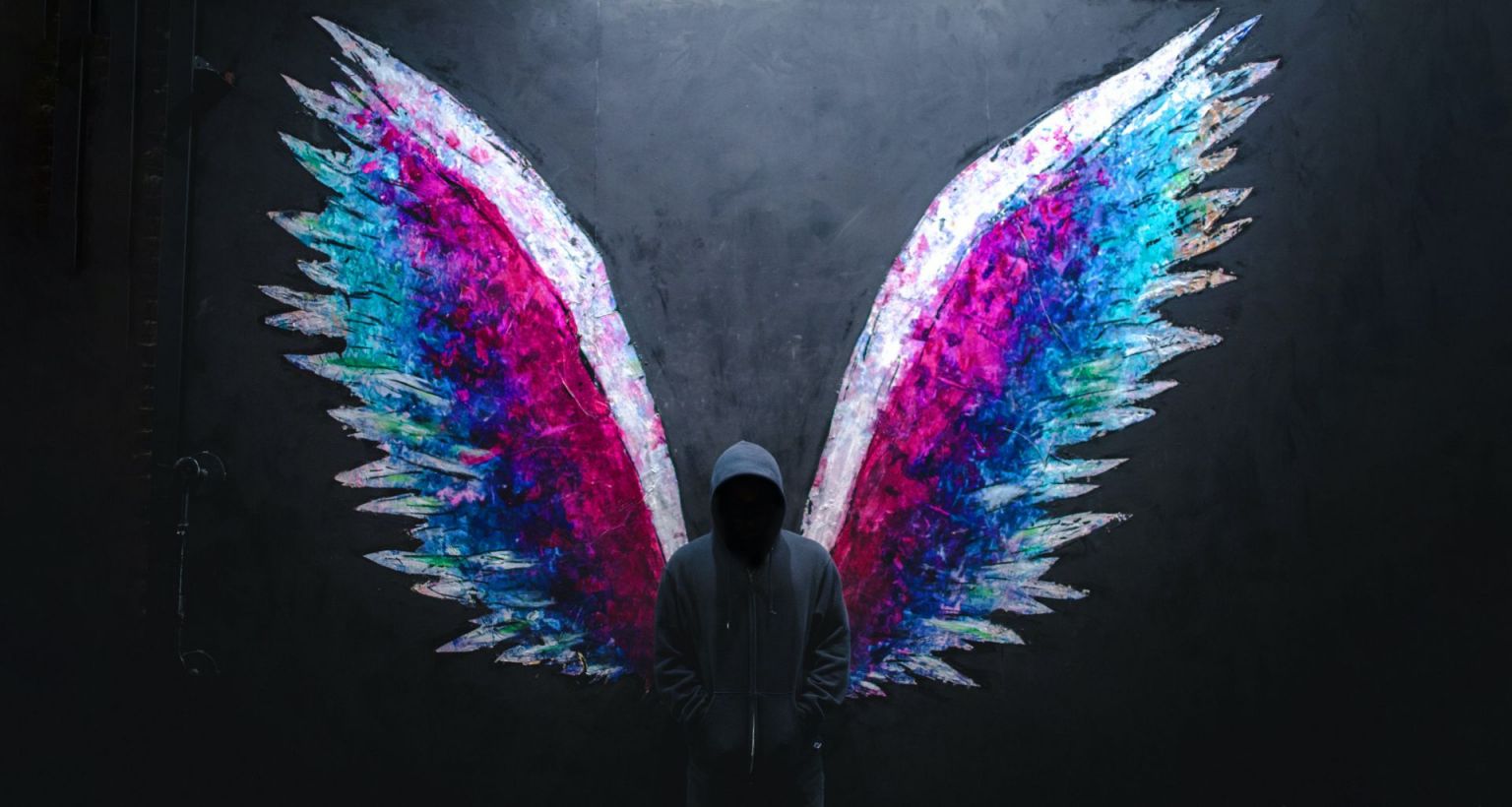 I decided to pursue an artistic career because all the non-artistic and non-creative careers did not excite me as much, if at all. I was originally on the path to being an accountant because I was told that it was the safest and most comfortable path to go down. The problem was I would always find myself falling asleep whenever I had to do it. The other problem was that whenever I found myself doing photography, I wouldn’t be able to sleep. One day I showed up late to my bookkeeping job and got fired. I was up late the night before editing photos from an event gig. The original next step was to start studying for the CPA exam so I could get jobs doing peoples’ taxes. I started to think about more exciting career paths once I realized how long that was gonna take. I eventually decided to focus only on photography. Read more>> 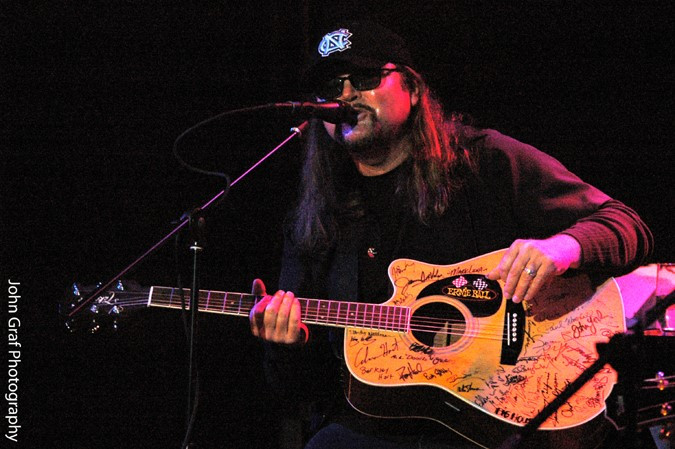 I was born this way is my first answer. Painting and music has always been in my life and in my heart I can’t imagine not having those creative outlets. I have done so much with my music and art but, there is still so much to do. I’m always searching for the perfect idea for my next song. I wanna write the most cleaver, beautiful love song, the latest rage feel good song, the most killer rocker with a positive healing message and just nail it when I record it then put it out myself or pitch it to a big recording star or new up and coming artist. I guess like every other songwriter on the planet. LOL In my art world I Wanna create a masterpiece series that will find its place in the art history books someday, something with a abstract vibration of expressionism some great statement stuff and offer it up to the world. Read more>> 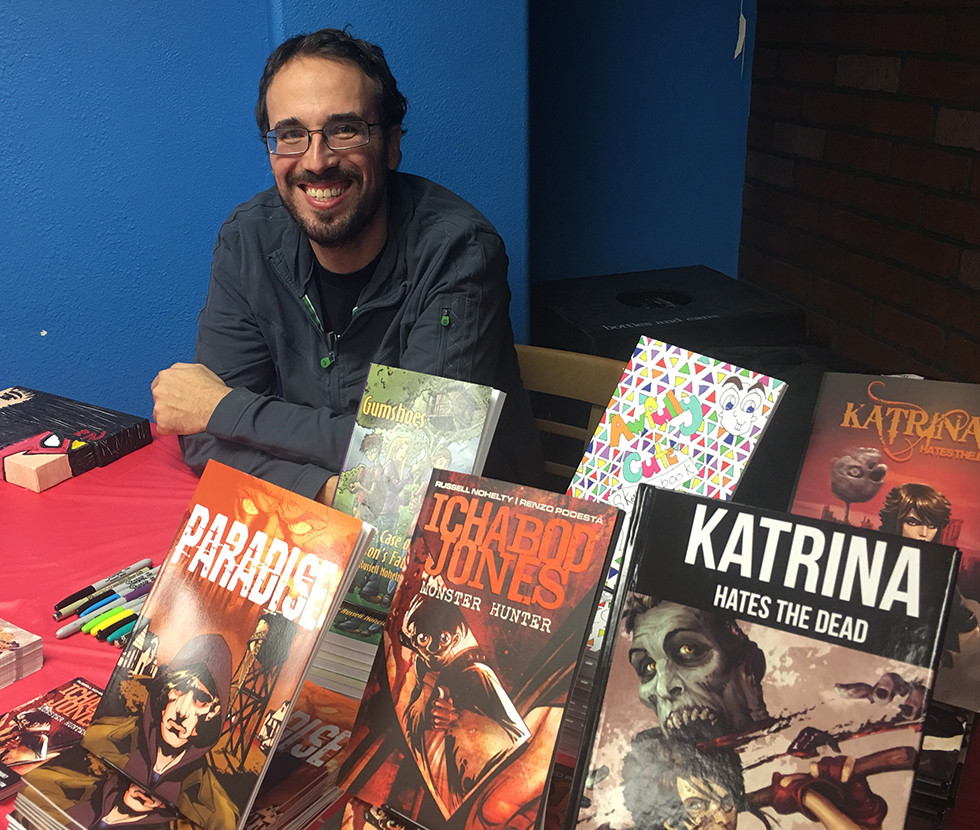 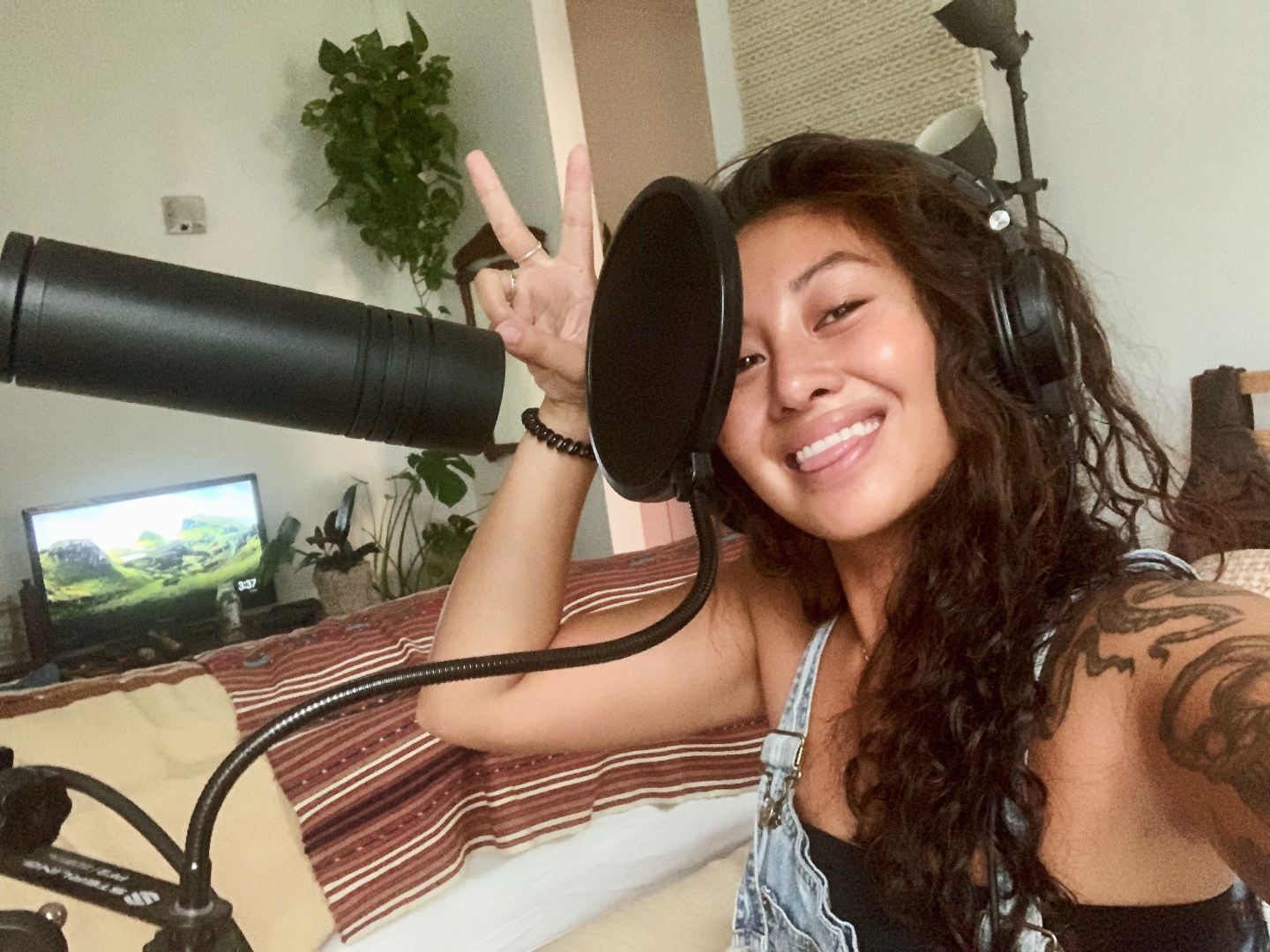 As a child I’ve always wanted to be a cartoon character. It would be a dying wish for Tara Strong to gift me the VO role of Bubbles. But growing up as a first-gen Filipino American daughter, you have unspoken roles you need to fulfill, primarily through your career path. My first interest in the arts was ballet, and all throughout school I always engaged in the musicals, choir, tv production- anything with a stage or a camera you would find me. Of course my parents’ would make it a point to sit in the front rows, but in their eyes they always saw those interests as “hobbies” and never anything I can pursue as a career. When I told my mom I wanted to go to college for Musical Theater, she looked me dead in the eyes and asked, “What are you going to do with that degree?” So as any other teenager would do without a fully developed frontal lobe and opinions for themselves that felt this cultural guilt hanging over their heads to please their parents, I studied Behavioral Neuroscience to become a health professional. Read more>> 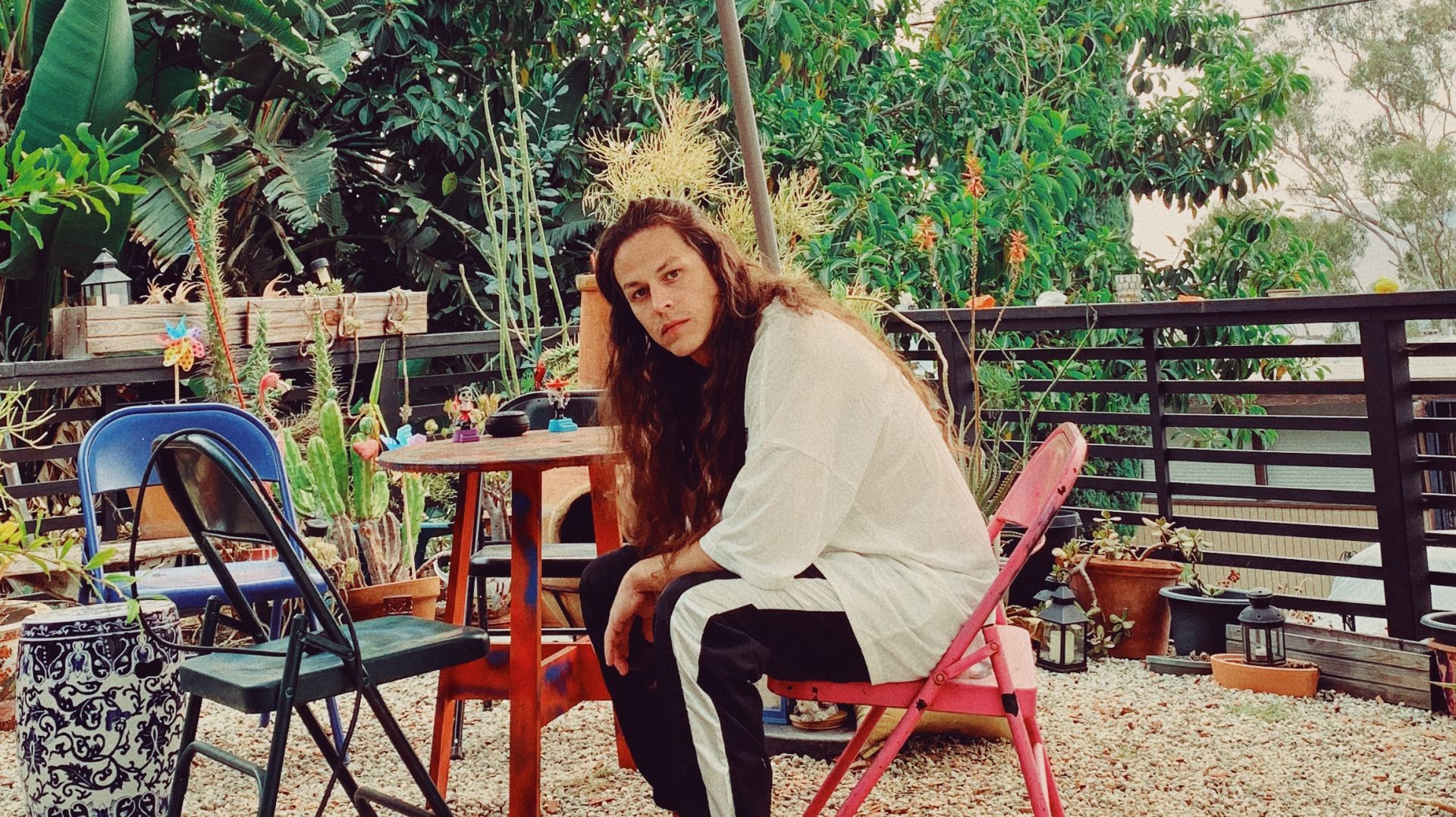 There was never any other path I ever thought to consider. I wasn’t tall or good enough to play in the NBA. I tried to put myself in the shoes of a salesman. A banker. A doctor. As a kid, the thought of me in these professions didn’t sit right. I loved to play the piano and I loved to sing but was really shy when I was young. I just thought if I could be a part of something creative I’d be happy. The life of an artist isn’t easy, but if you just trust yourself and stay on course, you’ll eventually figure out how to survive. Creating something from nothing has always been a fun way to experience the world as well as a necessary part of how I process reality. Read more>>