We had the good fortune of connecting with Mitchell Manburg and we’ve shared our conversation below.

Hi Mitchell, is there something you believe many others might not?
I think people have the concept of “hard work” mixed up. Being driven by one’s honest, inner-most desire is the easiest thing to do. What is hard is doing otherwise.  Working toward a goal or fully accepting oneself, no matter how seemingly impossible, is actually easier than neglecting it. Let me demonstrate.

It takes effort to practice ______ for 30 minutes a day. It takes effort to show up to a meeting, or a class, or a rehearsal on time and prepared. Maintaining a balanced diet and moderate exercise take discipline but are less costly than long term consequences of not. Even something large, like trying to change the world in the face of a mountain of adversity, is simpler to act on than it is to idly accept a broken system. I don’t want to deny anybody of the effort they put in, because these things do take energy.  It’s hard to move forward without a little friction, so to speak.  But people do x, y, and z because it’s less work than not.
“Hard work” is making excuses. Hard work is letting someone down. Hard work justifying poor choices and wrongdoing. It’s fighting self-sabotage. Hard work is ignoring responsibilities. Or convincing oneself and others of something they know inside not to be true. Hard work is constantly seeking validation from others. It’s knowingly doing the wrong thing.  Hard work is creating resistance when something seems too easy.
For me, I hear all the time from how hard it is to pursue music. And no doubt that it requires a ton of sacrifice and dedication.  But it’s not nearly as difficult as it would be to spend life bottled up in denial. 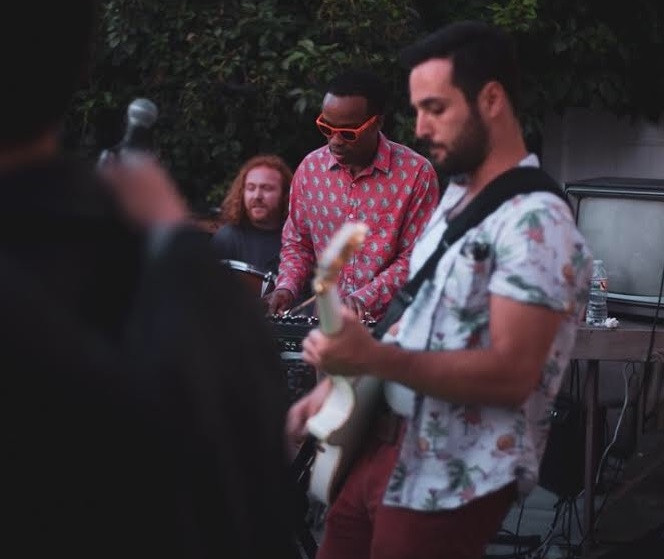 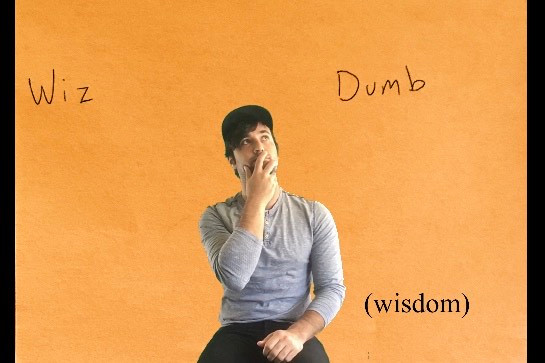 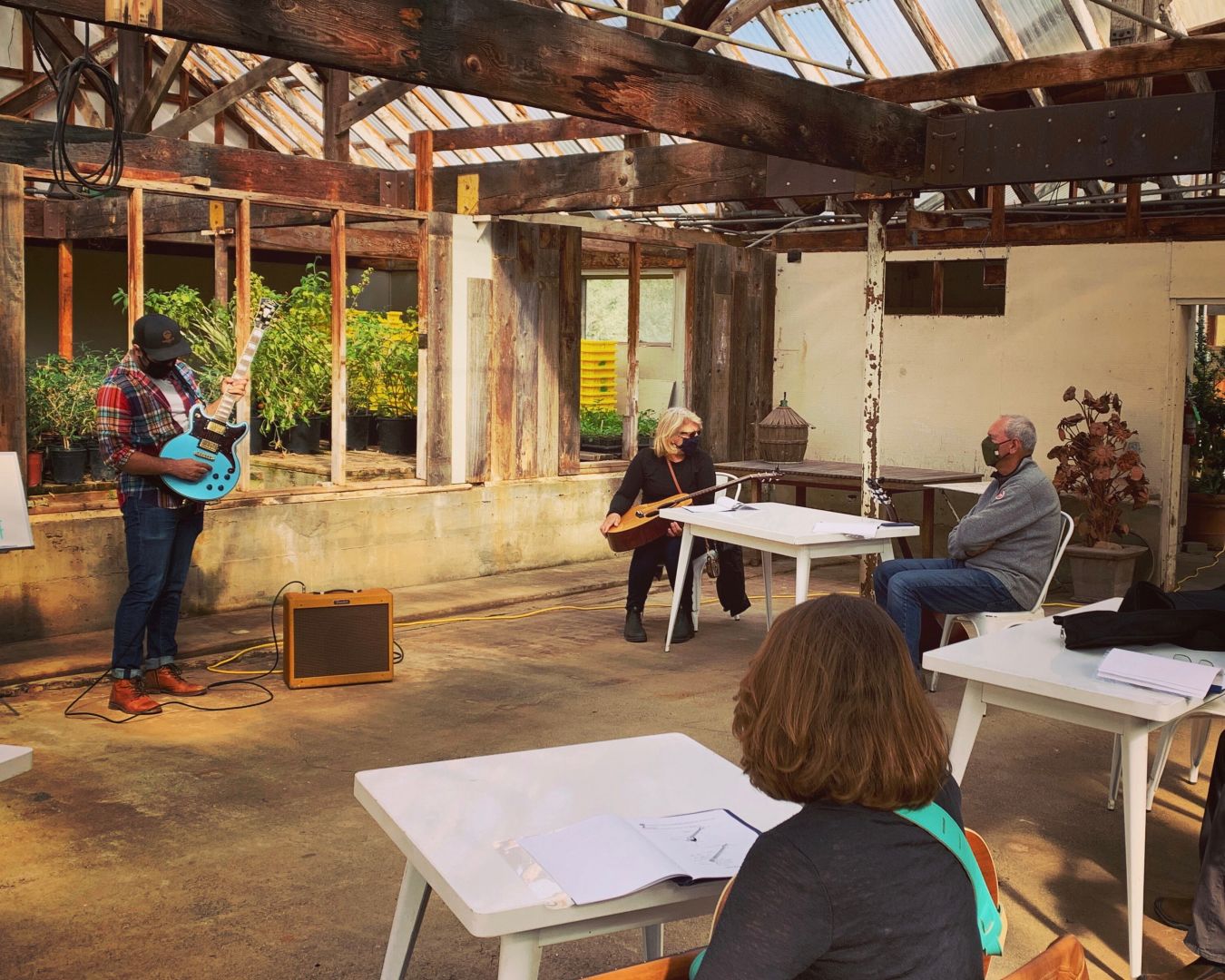 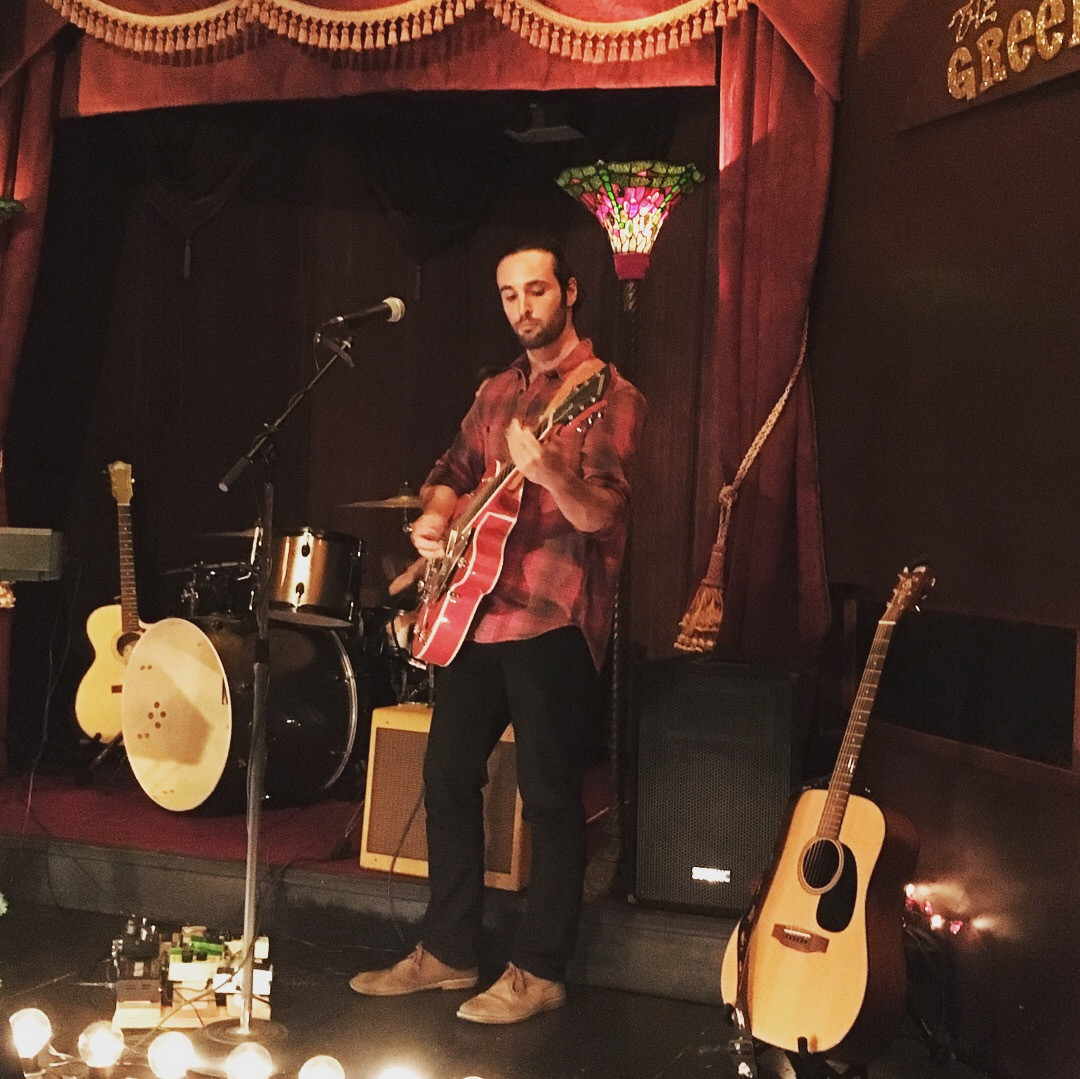 Can you open up a bit about your work and career? We’re big fans and we’d love for our community to learn more about your work.
I’d love to tell you about what I’m currently working on and how it came to be. Perhaps there will be something enlightening about where my art comes from.

Amidst the height of the pandemic I found myself subletting in an apartment in Silver Lake.  I had recently evacuated an unsafe living situation in Los Feliz where I was living next-door to my recent ex-girlfriend, rebounding from band break up, and laid off from my day job (a blessing in disguise).  It was almost comical how much my life had fallen apart so quickly.
With the lack of daily structure I recommitted myself to practice and writing.  Those have always been within my ability to control a source of stability.  I began each morning with coffee, scales, and a free-write. I would try to write songs about topical issues like quarantine or politics or social justice or my mess of a personal life, but each time it felt forced.  There was too much to say and I felt less like an artist and more like another talking head.
As it turned out what I had needed in that moment was to just keep making music (period).  During my free-writes in the weirdness of quarantine I found myself pondering a celestial term called “laplace resonance”.  It’s an astronomical occurrence in which the orbital patterns of Jupiter’s moons synch up in a 1:2:4 ratio. I had learned about it in college and always thought it would be cool to incorporate that into a song somehow.  And years later, in spite of everything else on my mind, I was surprised to find it show up in my writing.  While it seemed so meaningless, the creative spark was there. In that moment it meant nothing and everything at all. “Laplace Resonance” was the foothold that I needed to just get started writing.
When I began working on these songs it was as though everything in the world seemed to be moving at the speed of light.  And so much has changed even since. Yet there I was (and here I still am) staying grounded in my practice and writing.  Slowly my scales and free-writes turned into ideas, then drafts, and then songs.  The act of making this EP got me through that difficult time and I am so grateful for that.  Dealing with so much loss this past year has taught me not to take anything for granted. In writing these songs I found a source of meditation, escapism, ventilation, and reflection. A search for calmness within the rapidly changing chaos.  A space odyssey for an active mind who’s body is rooted in a very raw earth.

It is from this committing to daily practice that art is made and careers are built, and that is how I’ve been building mine.  “Laplace Resonance” will be streaming on all platforms May 13th.  Hope you check it out and enjoy!

If you had a friend visiting you, what are some of the local spots you’d want to take them around to?
Zebulon in Glendale. I have a number of favorite venues but none as culturally rich as Zebulon Cafe. I love nature, so a drive up Highway 2 to play in the snow or a Malibu beach day are always right in my book. Even Griffith Park has loads of lesser traveled trails that make one feel miles outside of the city. Of course LA is known for it’s wonderful museums too. I often take visiting friends on a drive down Sunset Blvd starting at the PCH all the way down to Dodger Stadium, it gives a good taste of the different neighborhoods. 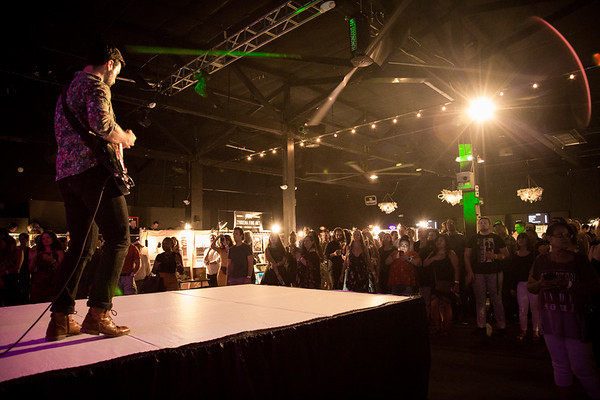 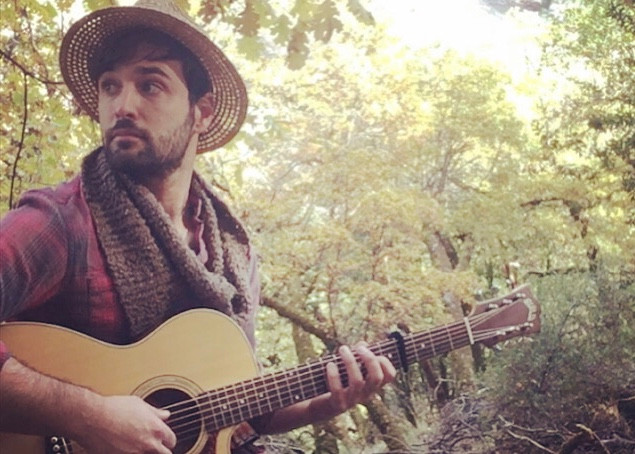 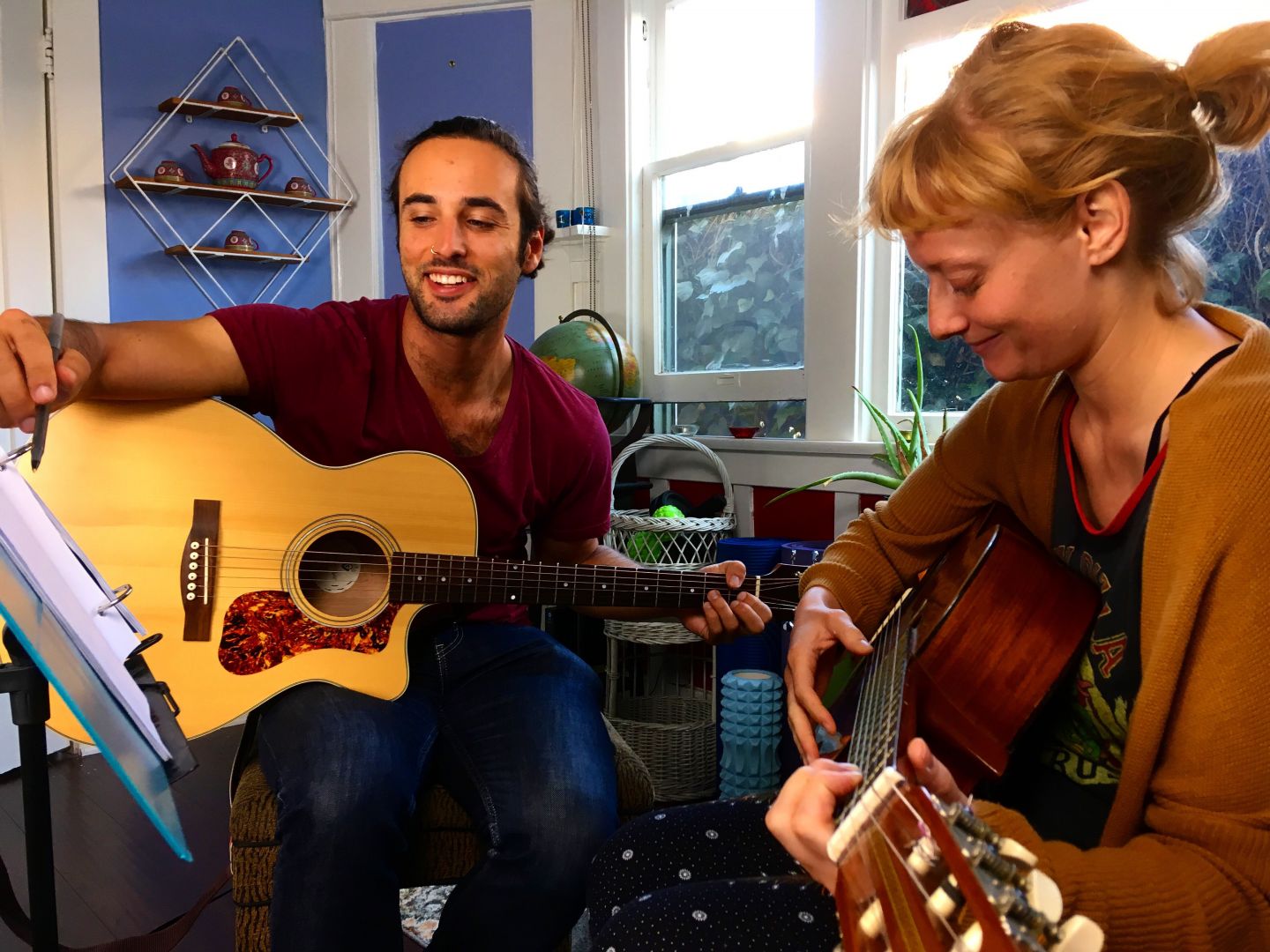 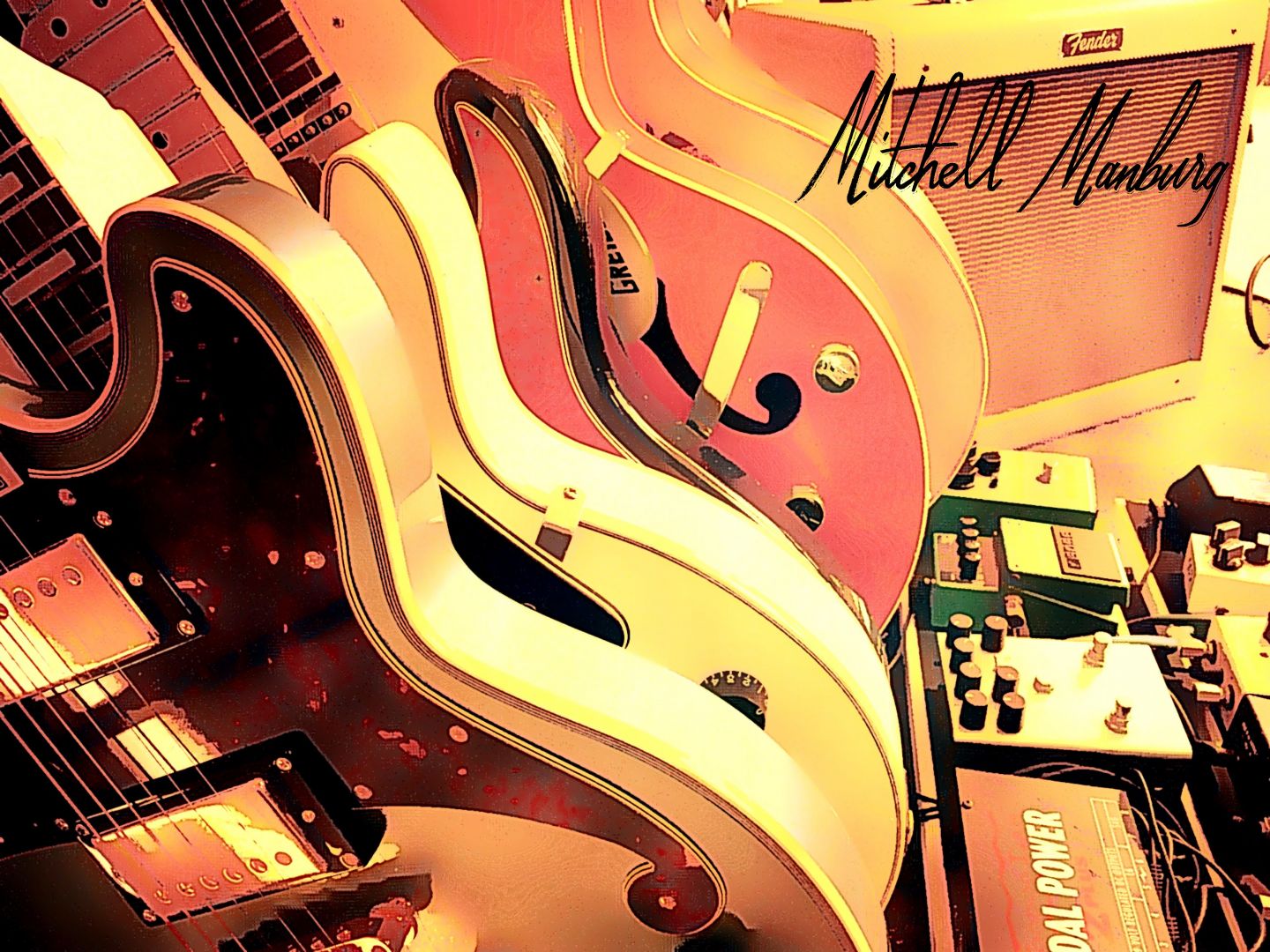